We had the good fortune of connecting with Alexi Sciutto and we’ve shared our conversation below.

Hi Alexi, how does your business help the community?
When I was kid, I was dealt a very busy schedule. I would wake up in the morning, probably after 3 or 4 snoozes, and then head to school, After school, I would go to Kumon (Yes, I went to Kumon), and after study time, I would go to soccer practice. My mind would be pulled every which way, there wasn’t a lot of downtime, but no matter what, in the back of my mind, I knew that when the weekend came, I would be going to the movies. I would be so excited to go to the $1.50 movie theater behind my house, douse my popcorn in butter and wash it down with a cherry blueberry slurpee. I would watch trailers, eager for the lights to go down, and the first image of the movie to hit the big screen. Now, more than ever, people are struggling with real world issues. Being able to be transported out of the real world and into the world of imagination, even if it is only for about an hour and a half, is truly important, whether you’re physically at the theater, or watching from the comfort of you own home. Having said that, movies don’t just impact the people watching the movie, the industry employs hundreds of thousands of crew members, as well as movie theater attendants across the globe. 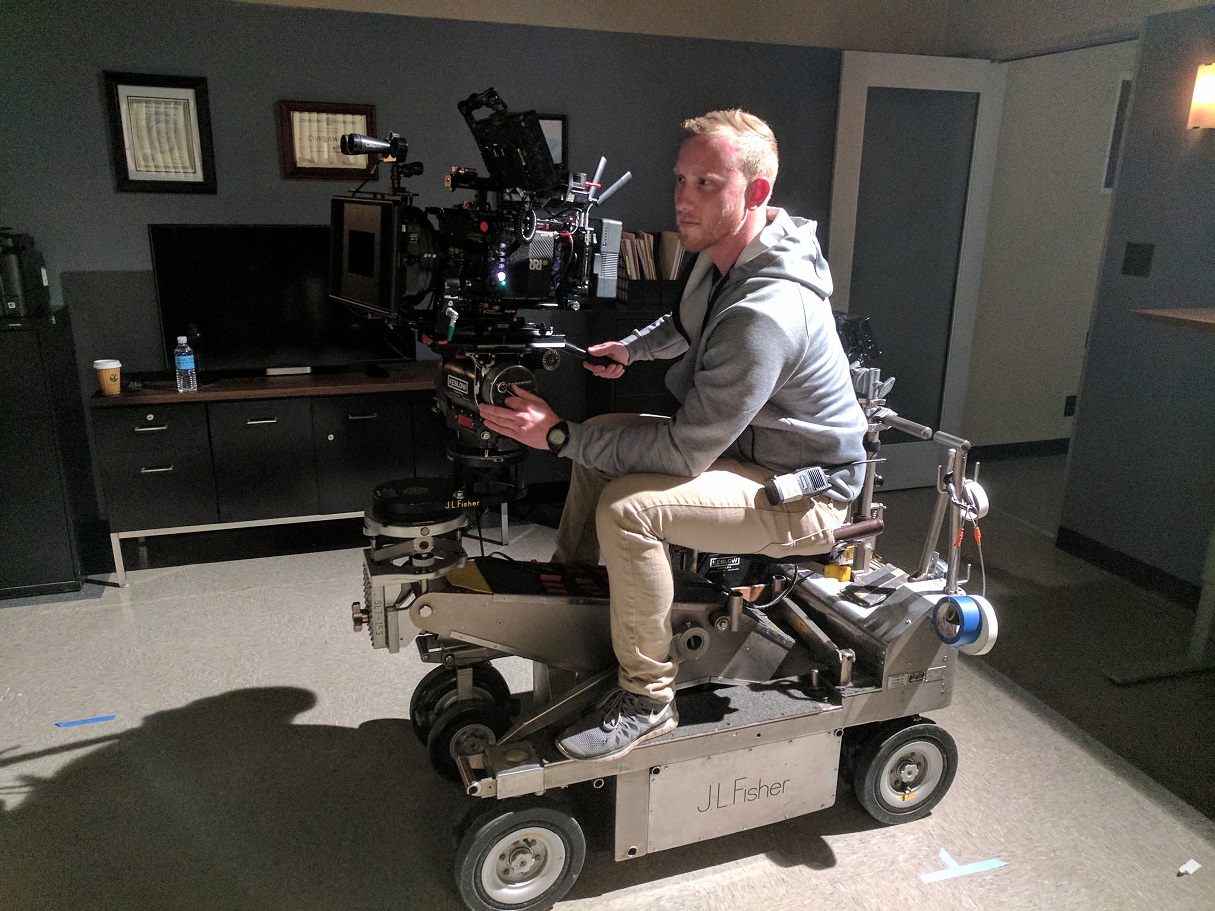 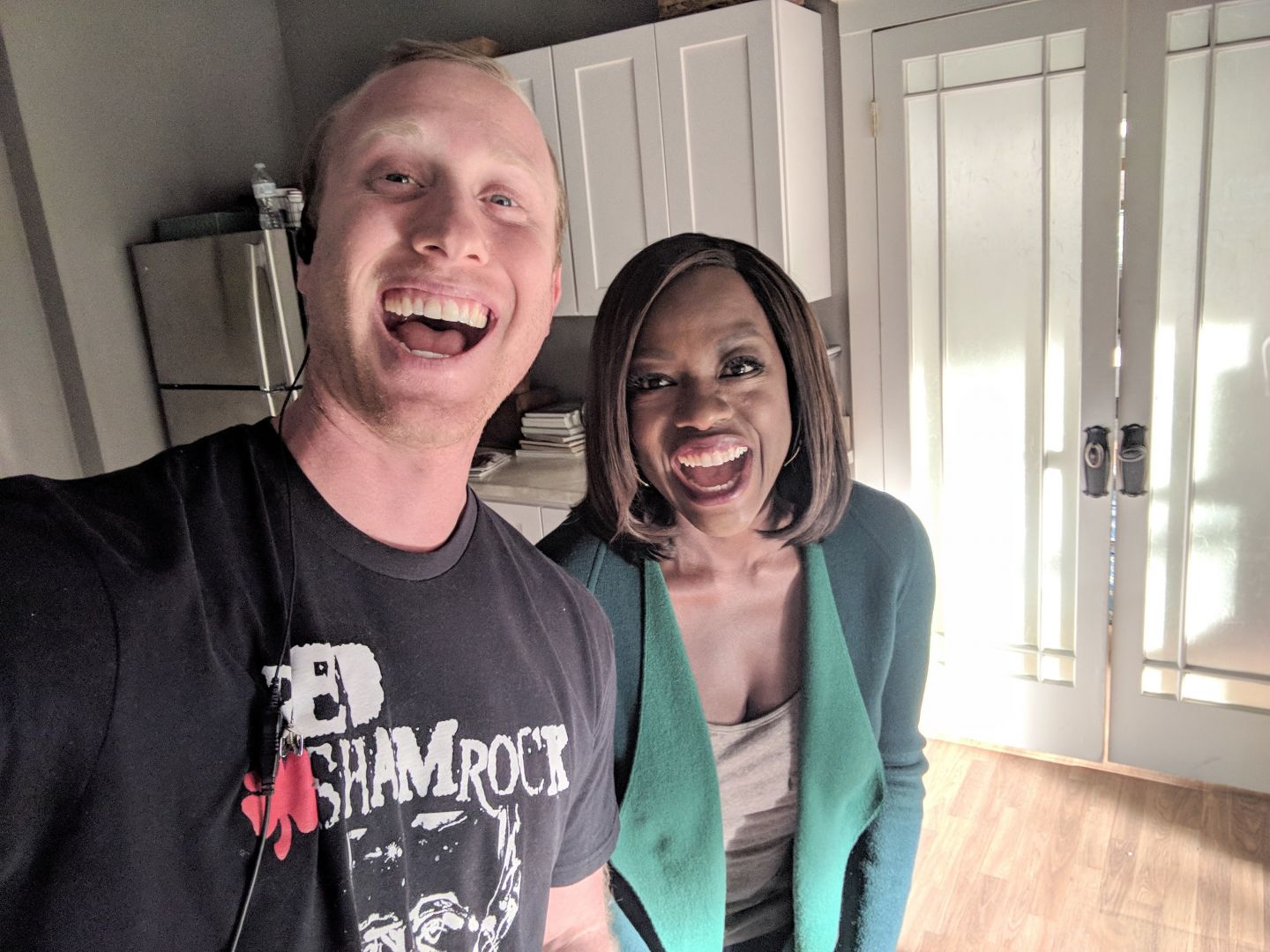 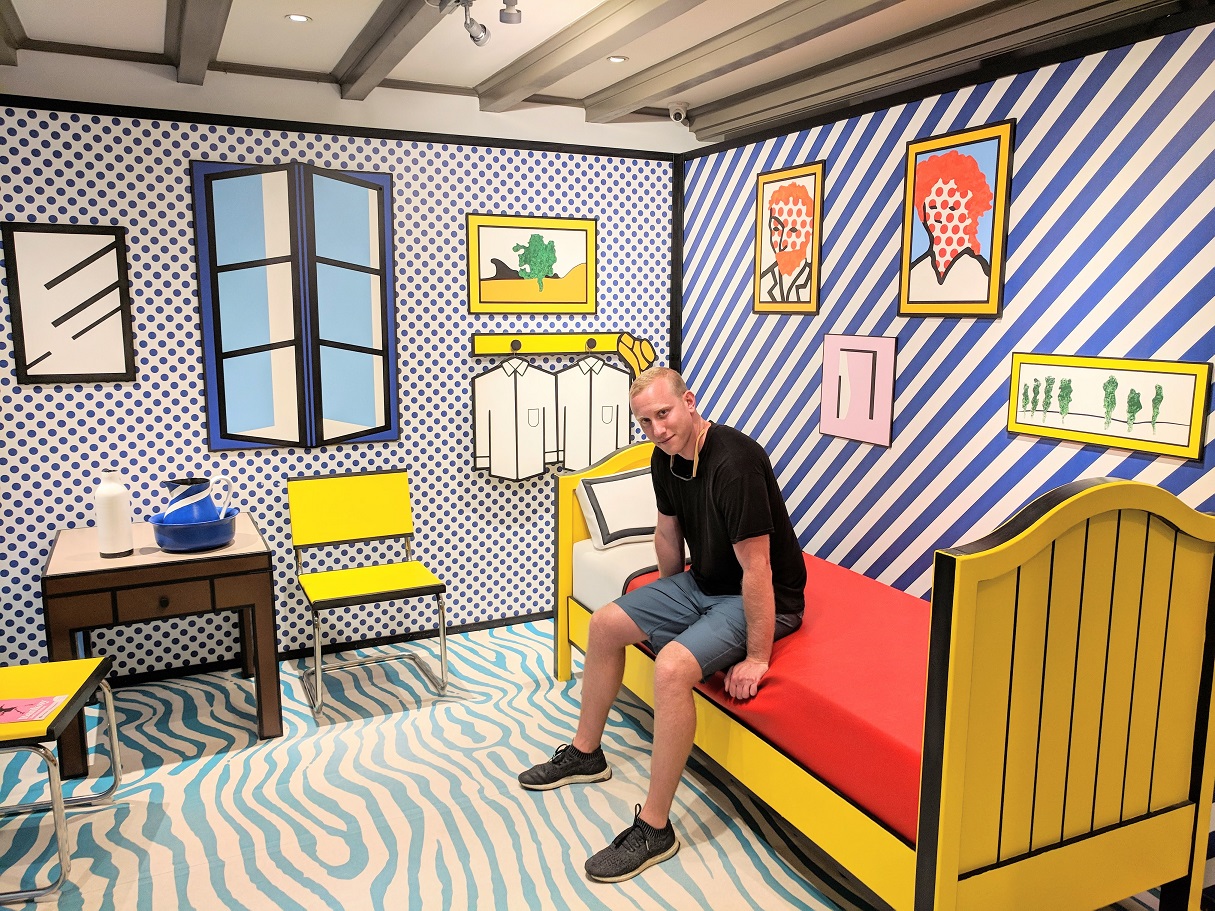 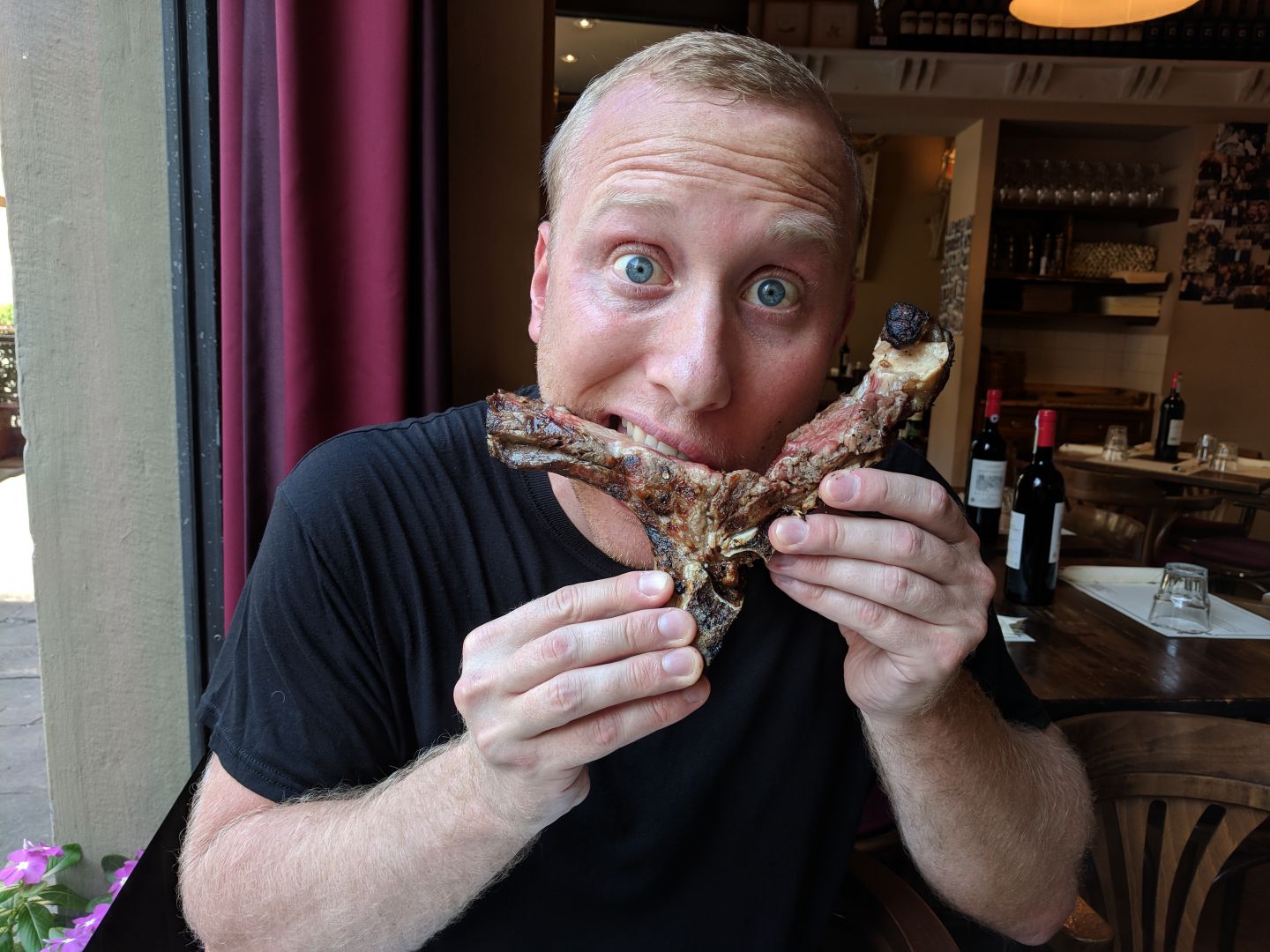 Let’s talk shop? Tell us more about your career, what can you share with our community?
“The Mission of Alexi Sciutto is to inject the highest level of entertainment, adventure, and excitement into people’s lives, whether it be visually, audibly, or physically, while still keeping true to my ideals of being a True Gentleman. Regret is not an option.” This was my mission statement that I created for myself in my marketing class in High School. To this day, I’d like to say not much has changed. My career aspirations have always stemmed from my love for the visual medium. It started with my craving to act, which then morphed into acting AND directing, and then within the last couple of years, it has be crafted and molded into the holy trinity, Acting, Directing and Writing.

I’ve been very fortunate to have family in the industry who have been able to open the door to me working in production. Once that door was open however, I paved my own path to where I am today. I worked as a P.A (Production Assistant) for 7 years, working with some of the biggest actors and actresses in Hollywood. I would work with them behind the scenes, run lines with them, eat with them, even laugh and cry with them. So I started thinking, “I want to be where they are.” One of my favorite comedians Mike Birbiglia had a skit where he asked a girl he was dating if she wanted to write an article for the school newspaper. She replied, “I don’t want to write an article, I want to do things that people write articles about.” Now, I know this was from a comedy bit, but it stuck with me. I started telling myself that one day, I too, would creative such a buzz, that people would ask me about what I’ve done.

So in the last few years, I’ve acted in a few movies and tv shows, which has landed me in the Screen Actors Guild (S.A.G – A.F.T.R.A). Over the past 2 years, my good friend and someone I truly consider to be a brother, Chase Torrence and I, have developed a show called Mixed Boy Joy, which is about a biracial college student who is navigating the world as he discovers his identity and place in society while his problematic friends make his journey that much more difficult. Here comes the plug…it is available to stream for FREE on Youtube, check it out…sorry, I had to. We are currently in the writing phase of the 3rd and final season. With my free time, I like to write my own stories. My background and passion is in comedy, but my writings have dipped into all the genres across the board.

Recently, I have borrowed and try to live by a 2nd motto, “Work hard until you no longer have to introduce yourself.”

If you had a friend visiting you, what are some of the local spots you’d want to take them around to?
Well that’s fun! Well, if he is my best friend, he would know that the itinerary would mainly revolve around food, but also drinks and fun! Here are the places I would go and why!

Food
– Broad Street Oyster Co. in Malibu – During the pandemic, while I was doing my countless hours of scrolling on instagram, I found this place. I’ve been told by a Bostonian and someone who frequents Maine, that these lobster rolls on are par with some of the heavy hitters on the east coast.
– Bay Cities in Santa Monica – This is one of my favorite sandwiches in the world (besides “All’antico “Vinaio” in Florence Italy). Their sandwich called the Godmother is to die for.
– Rico’s Taco Shop in Encinitas – I love their California Burrito (Carne Asada, cheese, sour cream, guacamole and of course, French Fries)
Hash in Playa Vista – These breakfast burritos are the size of a Yorkshire Terrier, they are soo good!
Lunasia Dim Sum in Pasadena – Dim sum is always a good choice if you want to grub on some amazing dim sum.

Atmosphere
– Comedy Store in Hollywood – On any given night, the biggest comedy stars put aside how popular they are, and come perform comedy for the people. It is ALWAYS a good time.
– Dockweiler Beach – You can get a bunch for friends together and have a bonfire on the sand.

Bars
– The Perch in Downtown Los Angeles – This is an awesome rooftop bar that has a fantastic view of downtown.
– Cliftons in Downtown Los Angeles – This forest themed fantasy world bar is a fun time, plus there is a tree that runs all five floors.
– No Vacany in Hollywood – This is a speakeasy themed bar that has many different hidden rooms and spaces.

The last two days would be spent recovering by laying on the beach in Santa Monica and playing beach volleyball! 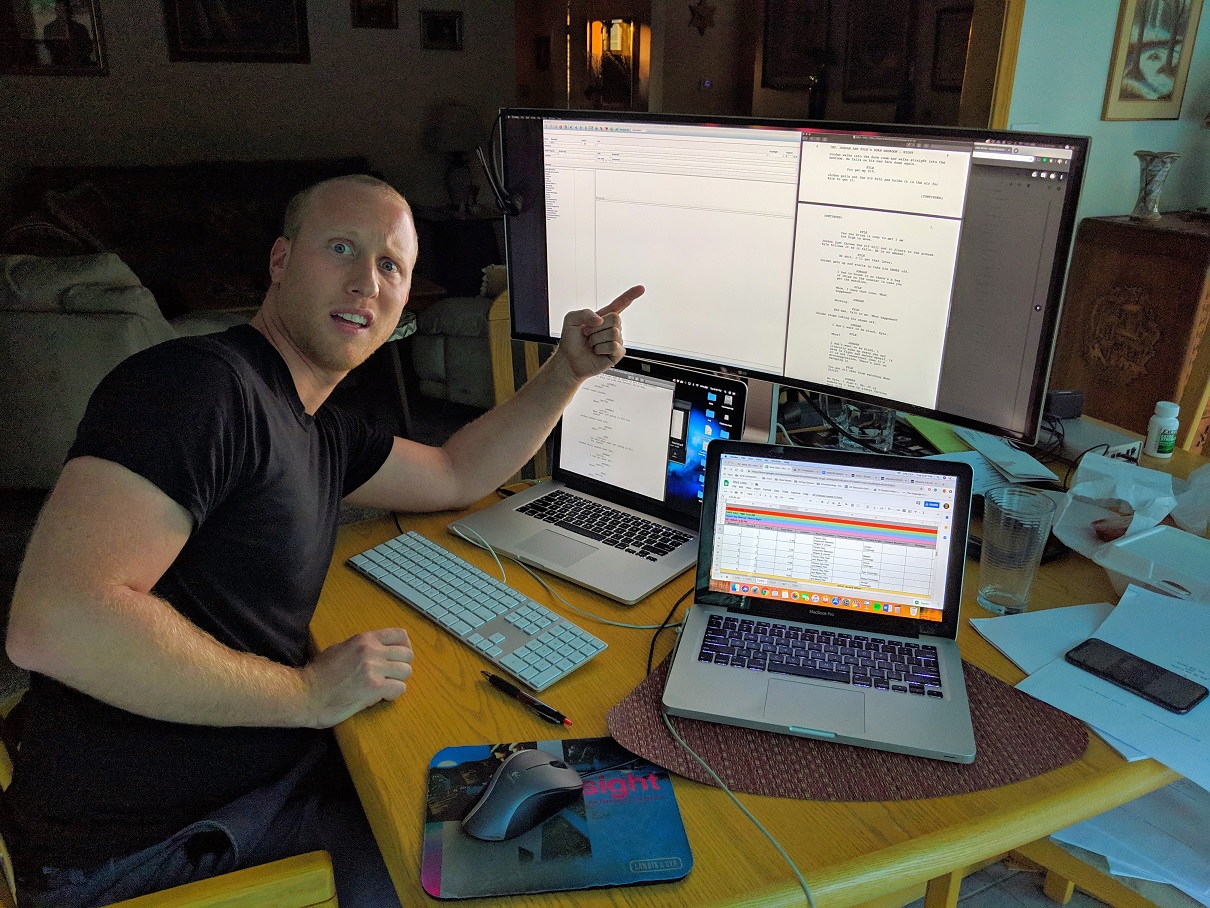 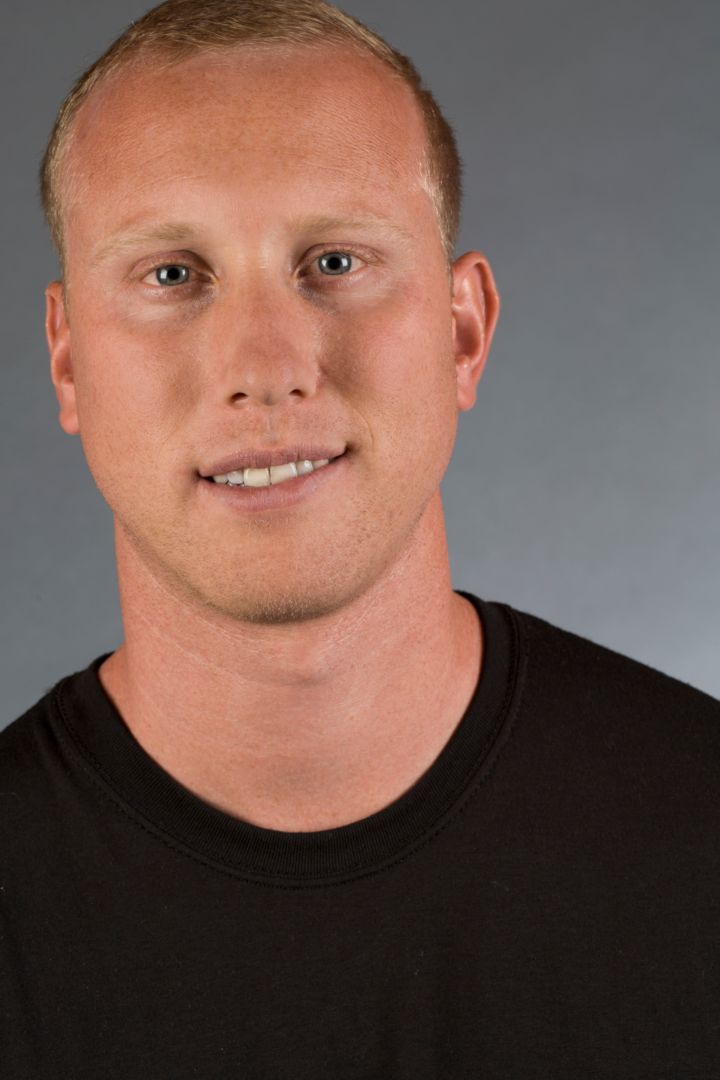 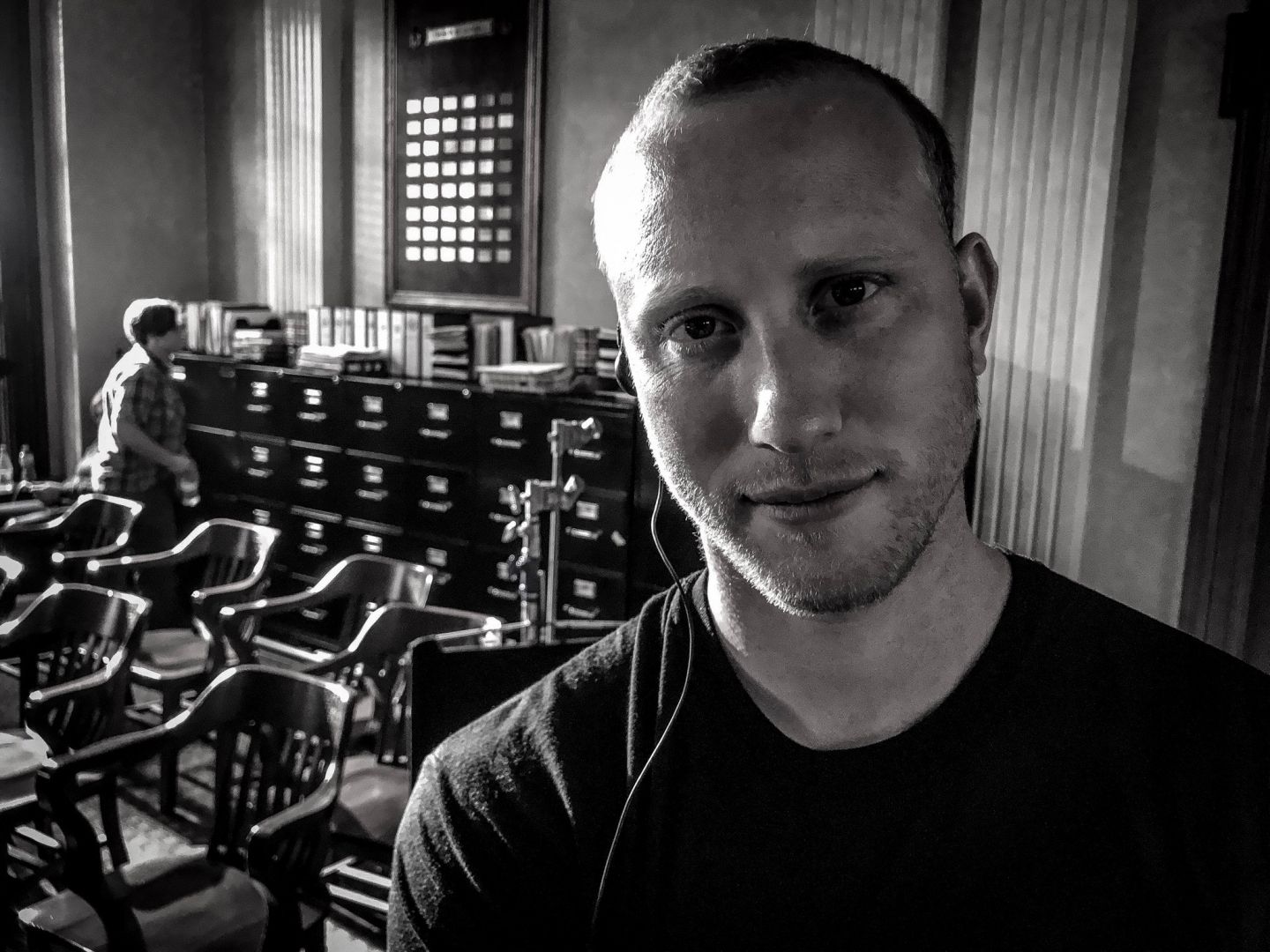 Shoutout is all about shouting out others who you feel deserve additional recognition and exposure. Who would you like to shoutout?
From a young age, my uncle William B. Kaplan, who is an award winning Sound Mixer, would bring me onto the set of whatever movie he was working on at the time. He would place me in a directors chair, put some oversized headphone over my ears, and would have me watch the tv monitors. While listening to what was going on in the headphones, I vividly remember looking around to see what was going on around me. I was truly impressed with the size and effort it took to create a feature film. Since those days growing up on set, I still get the same level of exhilaration, knowing that I am participating in creating content that people will enjoy. Thanks Bill!

Another person I would like to give a shoutout to is my Mom, Smadar Sciutto. She enjoyed life to the utmost extent, and she passed that loving, passionate, and outgoing personality onto me. No matter what we were celebrating, whether it be as big as wining the big soccer match, to something as small as getting a hair cut, she was always ready to get family and friends together to celebrate. My mom was born in the 50’s, celebrated the 60s, was a back-up dancer for Tina Turner in the 70s, and became the greatest mom in the 80s. Without her pushing me be open to new adventures and to not be afraid of being to be me, I would not be where I am today. Thanks Mom!