We had the good fortune of connecting with Allison Baver and we’ve shared our conversation below.

Hi Allison, we’d love to hear about how you approach risk and risk-taking
In sports, acting and investing in my company risk has played a huge role.

We don’t take risks because we fear something, usually that is the fear of failure. When you remain confident in the things you can control and recognize that you can’t fear the things out of your control then risk taking becomes more comfortable.

My rule of thumb is it’s the risk you fail to take that is a risk in itself and that is the bigger risk. 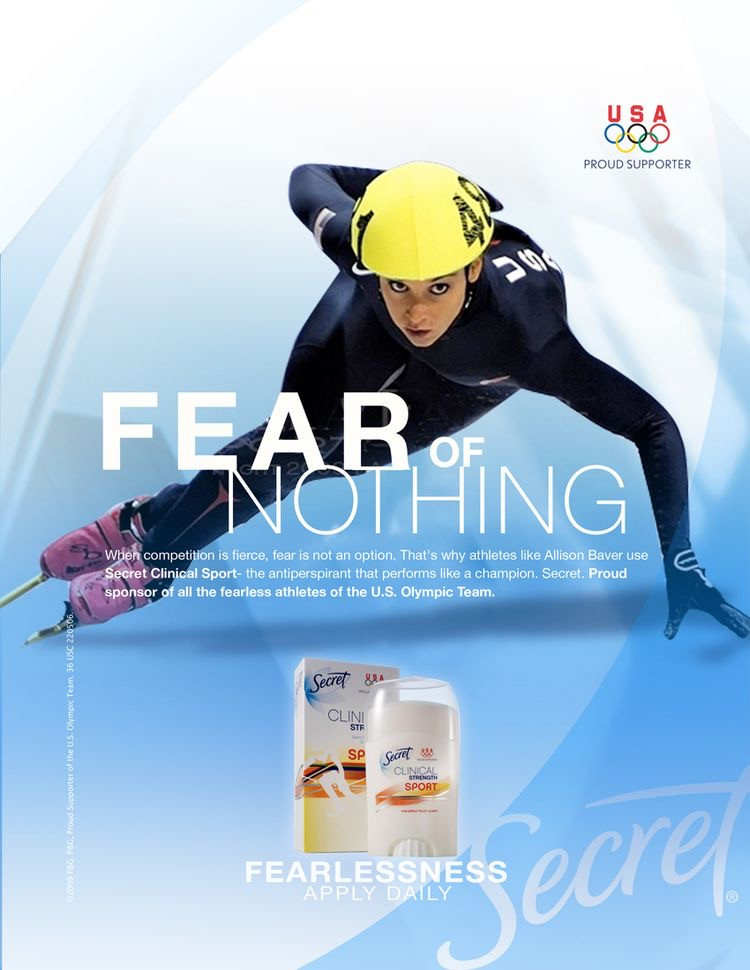 My art and business as an actress, multi-hyphen producer and CEO of Allison Baver Entertainment evolved organically. What sets me apart is my background as a three time Olympian and becoming a Bronze medalist in Short Track Speed Skating one year after breaking my right leg and ankle in a tragic collision in a World Cup final.

To date, that comeback performance is what I am most proud of because it’s never been done in sports. We skate on a blade 1.1mm thick (thin) at speeds close to 40 mph and there were a lot of folks who did not believe a comeback was at all possible. No one in my sport has ever come back from a career ending injury that quickly to win a medal at the games.

Another achievement that I am most proud of is my career as a model with Wilhelmina Models New York because this was me in my highest level of authenticity. It was me being a FEMALE athlete. They became the first modeling agency to have a sports division and I became their first Olympic athlete. Wilhelmina New York is internationally one of the best and most diverse agencies in the business. Historically women in sports were not suppose to sweat or wear make-up and models are not suppose to have the body style of an athlete. It all became pioneering. One morning after getting off the ice, I got call from my agent Rodney Fetaya and he said, “Guess what? You are officially a CoverGirl!”

However, it was not easy to get to where I am at today professionally. I had to make sacrifices beyond the normal, achieve a track record of performance and there was a lot of breaking down barriers. A lot of people want to put you in a box, and it’s always been my goal to get out of that box.

Some of the lessons I have learned along the way is that you must have three things: vision, faith and confidence.

Some other things that you should know is that I invest in real estate and have done so since 2006. Also, I am the oldest of three siblings and my parents names are Dixie and Bradley Baver Sr. I have a younger sister Crystal and younger brother Bradley Baver Jr. of which I am the aunt to three nephews. I’m also a proud fur-baby momma to the most amazing Pomeranian named Prince!

Let’s say your best friend was visiting the area and you wanted to show them the best time ever. Where would you take them? Give us a little itinerary – say it was a week long trip, where would you eat, drink, visit, hang out, etc.
If my friend was visiting the area I would have them stay in a boutique hotel that I love called the West Chamberlain. We would get breakfast and coffee in the private bistro at the hotel and then workout somewhere. For lunch I would take them to lunch at Cecconi’s in West Hollywood and then probably one of the nights grab dinner close by at Crustacean Beverly Hills or Mastro’s Steak House. Another day we would have to go to Sprinkles. Probably brunch on the beach and then rent inline skates and just chill on the beach in Santa Monica for a while, eat the papaya cayenne popsicles they sell. We would probably get in a real workout somewhere with my athlete friends. The another day we would visit Malibu and get a beverage and browse shops, but just wing it and have no plan. On the way back to the hotel get food and drinks in Brentwood at the Brentwood Lounge where we would meet some friends. Next day would have to be yoga or sound bath and maybe a juice in Manhatten Beach and some vegan food somewhere. Hangout at hotel the rest of the day.

The Shoutout series is all about recognizing that our success and where we are in life is at least somewhat thanks to the efforts, support, mentorship, love and encouragement of others. So is there someone that you want to dedicate your shoutout to?
I would love to give a shout out to my hometown and state of Reading, PA for showing me so much love and following my story since I was a young girl and to all of my fans around the world, some of who have been following my on this incredible journey since the beginning! xoxo