We had the good fortune of connecting with Ana Lydia Monaco and we’ve shared our conversation below.

Hi Ana Lydia, where are your from? We’d love to hear about how your background has played a role in who you are today?
I was born in the San Fernando Valley of Los Angeles on a mild winter day in February. I was the firstborn from a marriage of two Mexican immigrants: one white Latina (my mother’s great grandparents immigrated from Spain) and one Brown Latino.

While I grew up knowing all about my mother’s family and their background, a privilege only afforded to the white and wealthy Mexicans, I knew nothing about my dad’s family. I did, however, watch my paternal grandmother’s Conversa customs closely (Many Mexicans converted to Catholicism but kept their Jewish customs). Still, there was very little else discussed about the family or its past.

I have only recently found out that my dad’s family was Black (Arab, Senegalese, and North African). Because my dad and most of my relatives on his side of the family are dead, and again, no history for those with black or poor ancestry in Mexico, I know nothing else. However, it has been quite liberating to understand why I look the way I look while becoming a family anthropologist and researcher.

On the flip side, I saw my (white Latino) mom’s family often. I also lived in a white neighborhood (even Mexico!). But, on TV, I saw no one like my father, his family, and me: Biracial and Bicultural Mexican Americans.

But, not all was bad! Seeing how my privileged white family of most entrepreneurs and business leaders handled their “business” inspired me to pursue a Marketing career. I focused on reaching the bilingual acculturated Hispanic US Market for Fortune 500 Lifestyle, Fashion, and Entertainment brands.

Laser-focused on my goals, I launched the Lifestyle Bloggers Collective and a series of conferences that provided tools and training to bloggers & vloggers to build their digital careers – for five years!

After ten years of making my mark in the marketing field, I returned to school to focus on film studies. Since graduation, I have worked on features, commercials, and branded films for the Smithsonian, Nissan, Disney, Red Hour Films, Nike, and many others. Many times, I am one of the few women on set and only Latina.

While I understand my privilege of navigating the Hollywood world, I also have a strong sense of my responsibility of being in this position. From bringing in others and training them to scheduling virtual training zooms or sponsoring training costs, I do what I can to raise others in the BIPOC creative community as I grow.

Additionally, I have created #writersbrunch and #writersgroup, both communities for mid-level creatives and writers to get to the next level with zero cost to attend and learn. 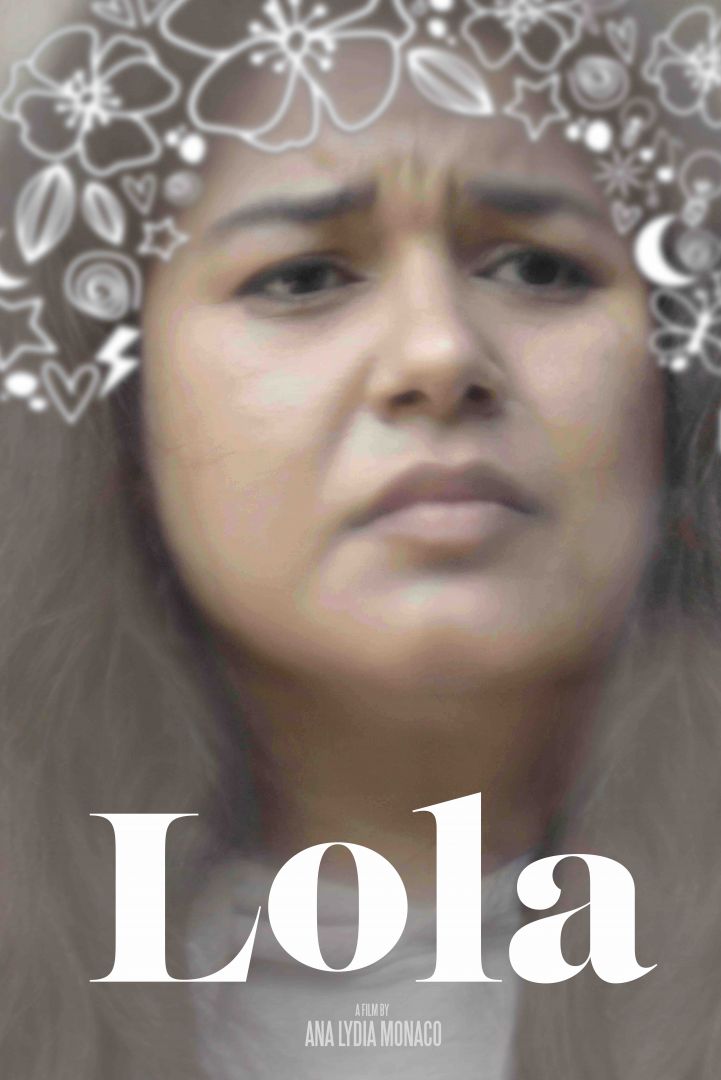 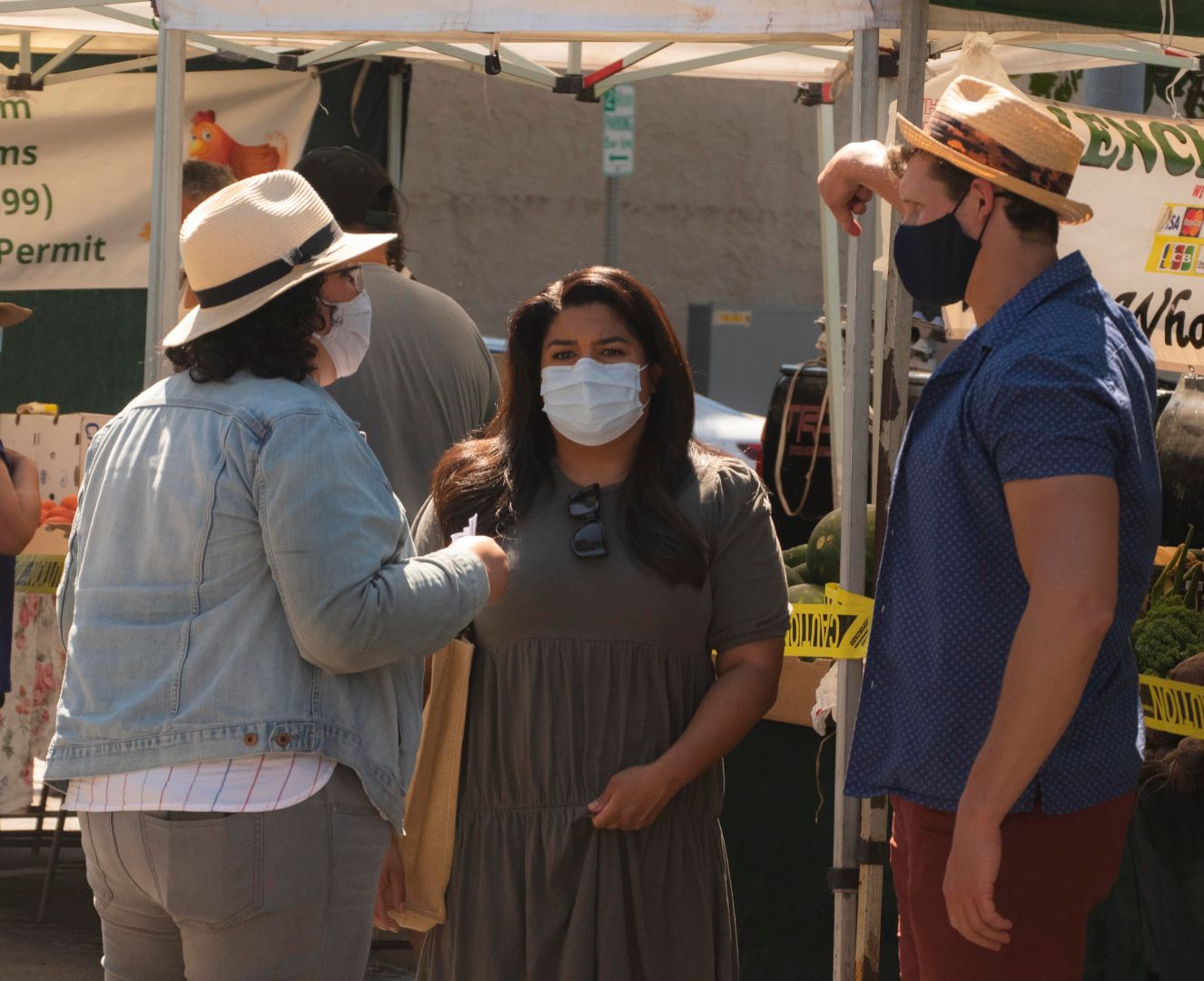 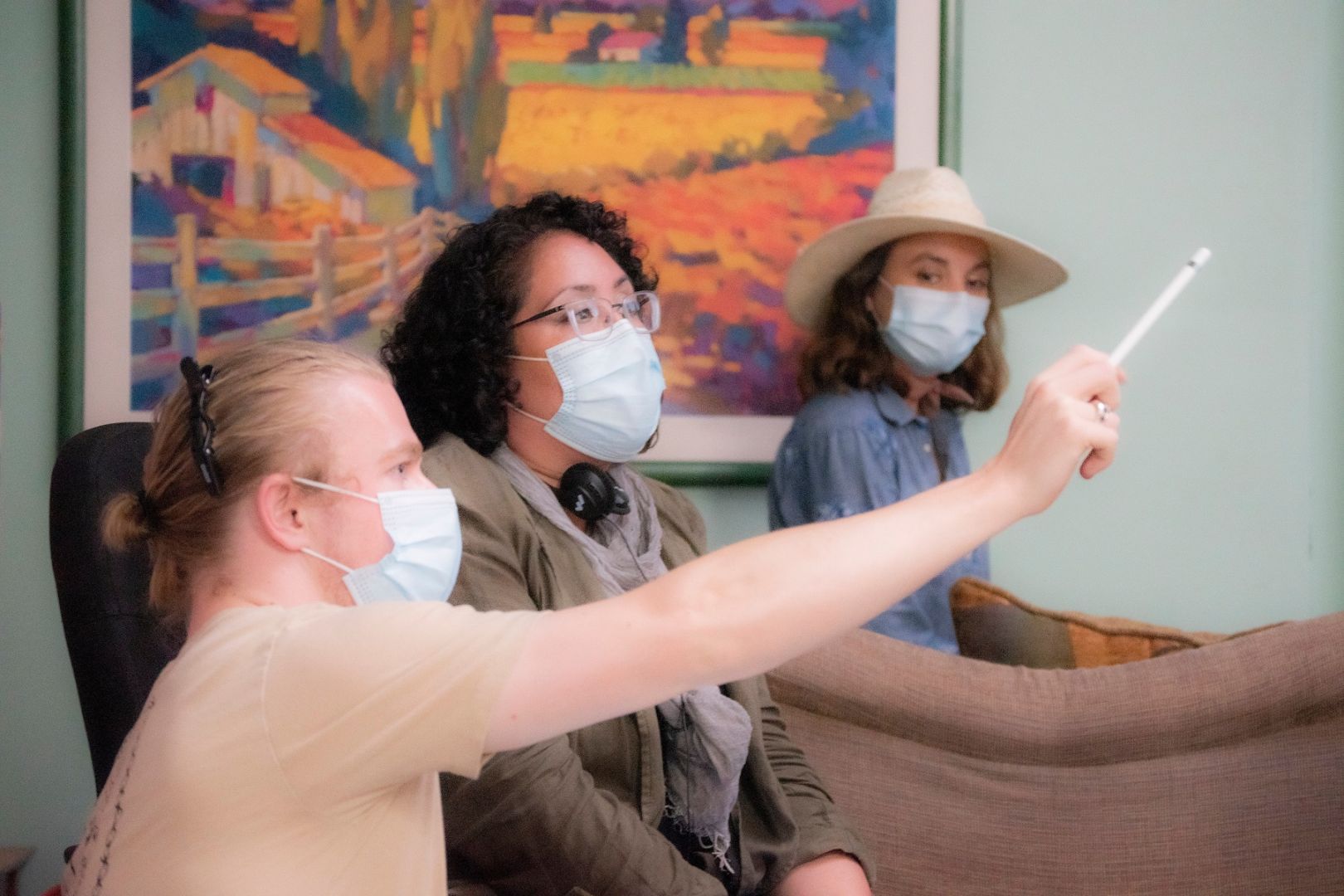 Let’s talk shop? Tell us more about your career, what can you share with our community?
I write and direct heartwarming, feel-good characters trying to figure out where they fit in the world by owning their power and coming into their force. While the same time, my stories wrap socially conscious messages in a generally accessible manner for broad audiences, such as my most recent film #LolasJourney. Their specificity makes my stories relatable to everyone watching my films & shows.

Through making my projects and working for others, I have learned that authenticity and transparency give those working with you and others a reason to follow and support your work. With that learning, I made sure that I shared on monthly contributions received and where the money was going for my most recent film production #LolasJourney. With that simple share, I broke the rule of secrecy in the indie filmmaker world – and it worked! Fans, friends, and random social media supporters donated over 150% of our Phase 2 goals within FOUR DAYS! And, we raised more than 50% than our initial plan – in the middle of a pandemic!

The crowdfunding campaign’s success not only told us that our story was needed but that the community believed that we could bring our film to the finish line.

I was personally accountable to those that supported us and kept every dollar earmarked. There were no secrets. No funny business. No padding the books.
In turn, my cast and crew brought in their friends and family to donate. The budget was transparent, and everyone was paid the same – except for the producer and myself. We did not earn a dollar from the contributions sent to make our film.

With that in mind, it was easy to get folks excited because there were no secrets. And, we all signed on to create something bigger than us – and it shows!
I like to say that before making #lolasjourney I had a Film Studies degree, but it was because I worked on this film in the middle of a pandemic that I earned a Ph.D. in Filmmaking.

More so than working on any other film or project, #LolasJourney introduced my not-a-personal-brand brand: my work and movies are focused on celebrating multicultural audiences’ stories.

By breaking all the barriers and stereotypes audiences and Hollywood has of Mexican American filmmakers like me. Who knew that one of the most challenging experiences of my life would shape my career and life in more ways than one?

What’s the end goal? Where do you want to be professionally by the end of your career?
To quote Pinky and the Brain, “I want to take over the world.”

All joking aside, I want to impact an industry known for erasing and diminishing the contributions of Mexican Americans and biracial people. To do this, I’m going to continue creating, writing, directing, and producing films and visual projects with a diverse cast and crew that speak to all audiences in beautiful and artful ways.

Let’s say your best friend was visiting the area and you wanted to show them the best time ever. Where would you take them? Give us a little itinerary – say it was a week long trip, where would you eat, drink, visit, hang out, etc.
As a self-proclaimed Bagel expert, I take any and all my friends and colleagues that come to visit me to Brooklyn Bagel in Santa Monica. From there, an afternoon at the beach is bar none one of the best things to do in L.A.!

After a couple of hours lounging at the secret Marina del Rey beach and bayfront, nothing quenches your thirst better than a mid-morning Boba tea. One of my favorite places is Tra Space in Culver City.

Before lunch, nothing hits the spot better than a few hours of art at one of El Lay’s hidden gems: The Hammer. After art, I’m sure most guests will be hungry. So, why not Oaxacan and Mezcal at Madres in Palms?

Closing up a day while seeing a movie at AMC is just the way to go and a fantastic way to wrap a one-day visit to Los Angeles. 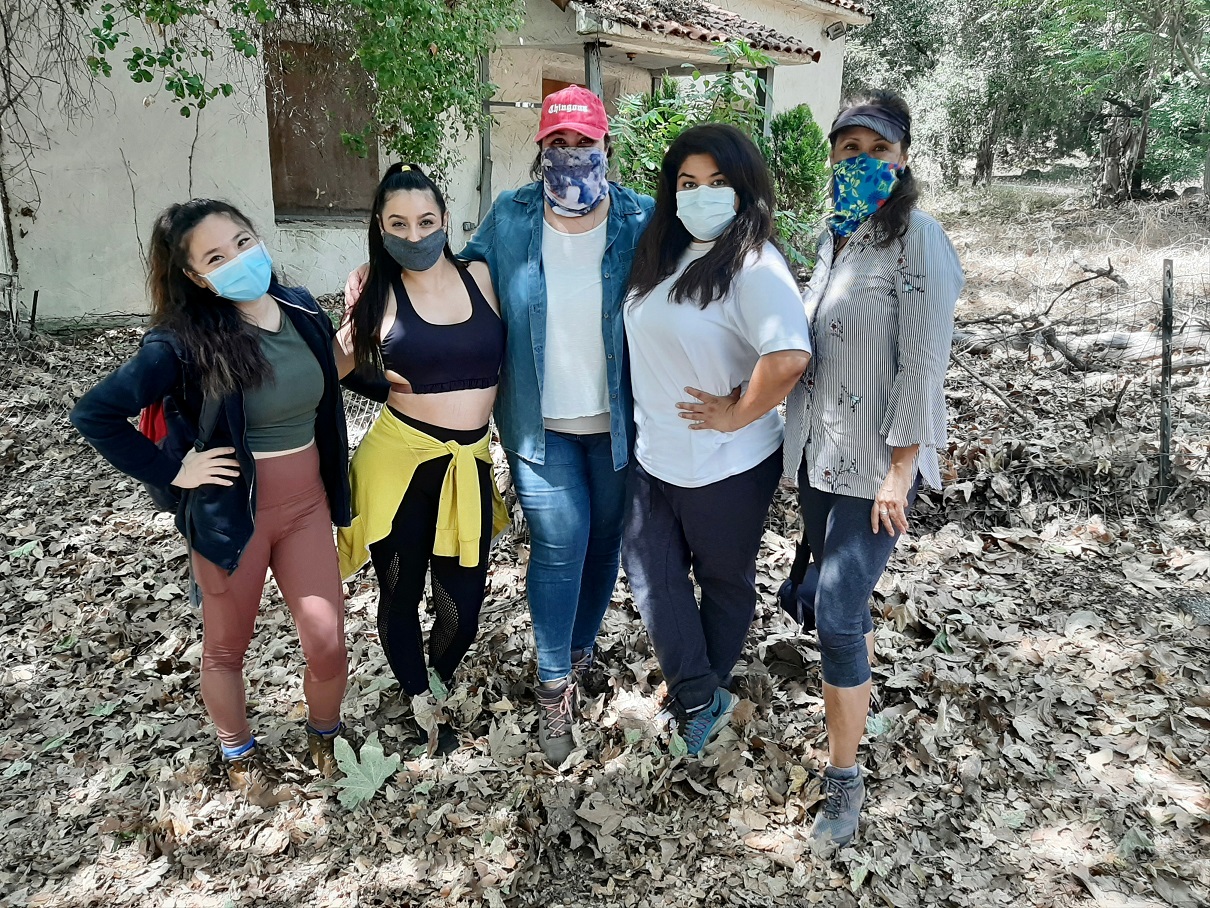 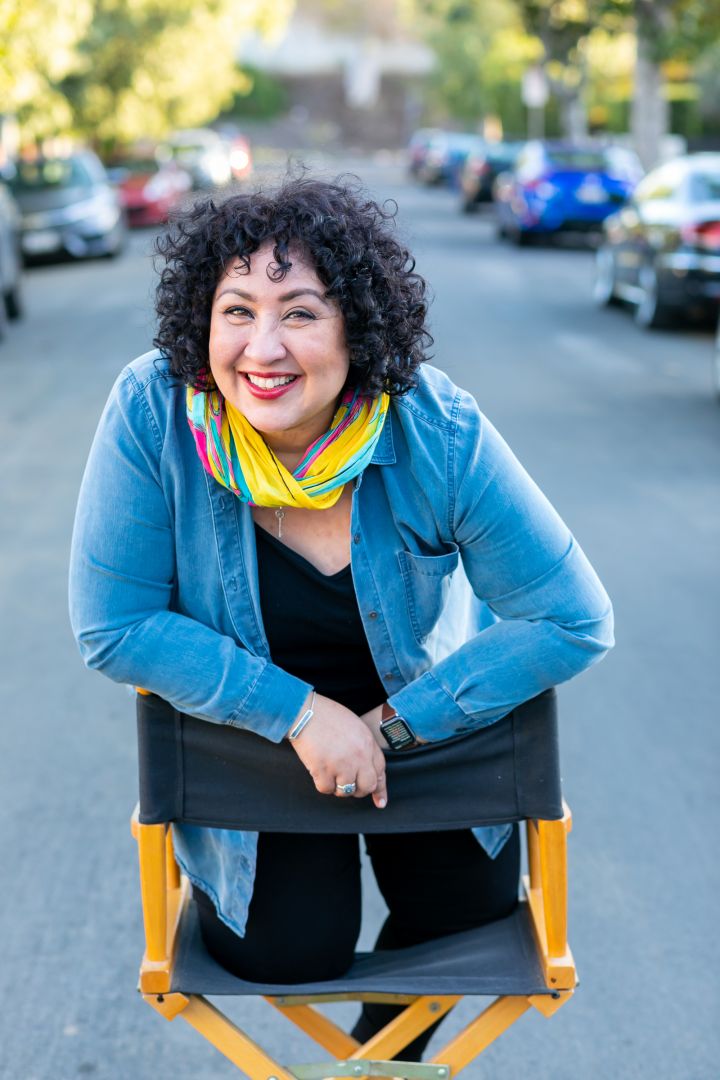 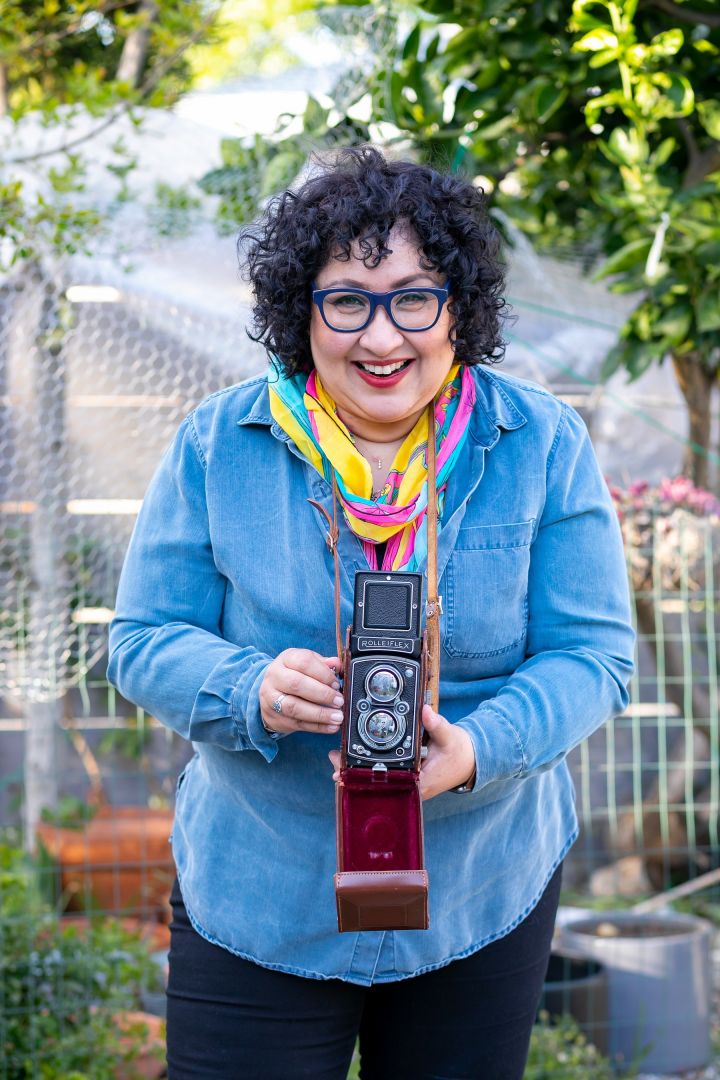 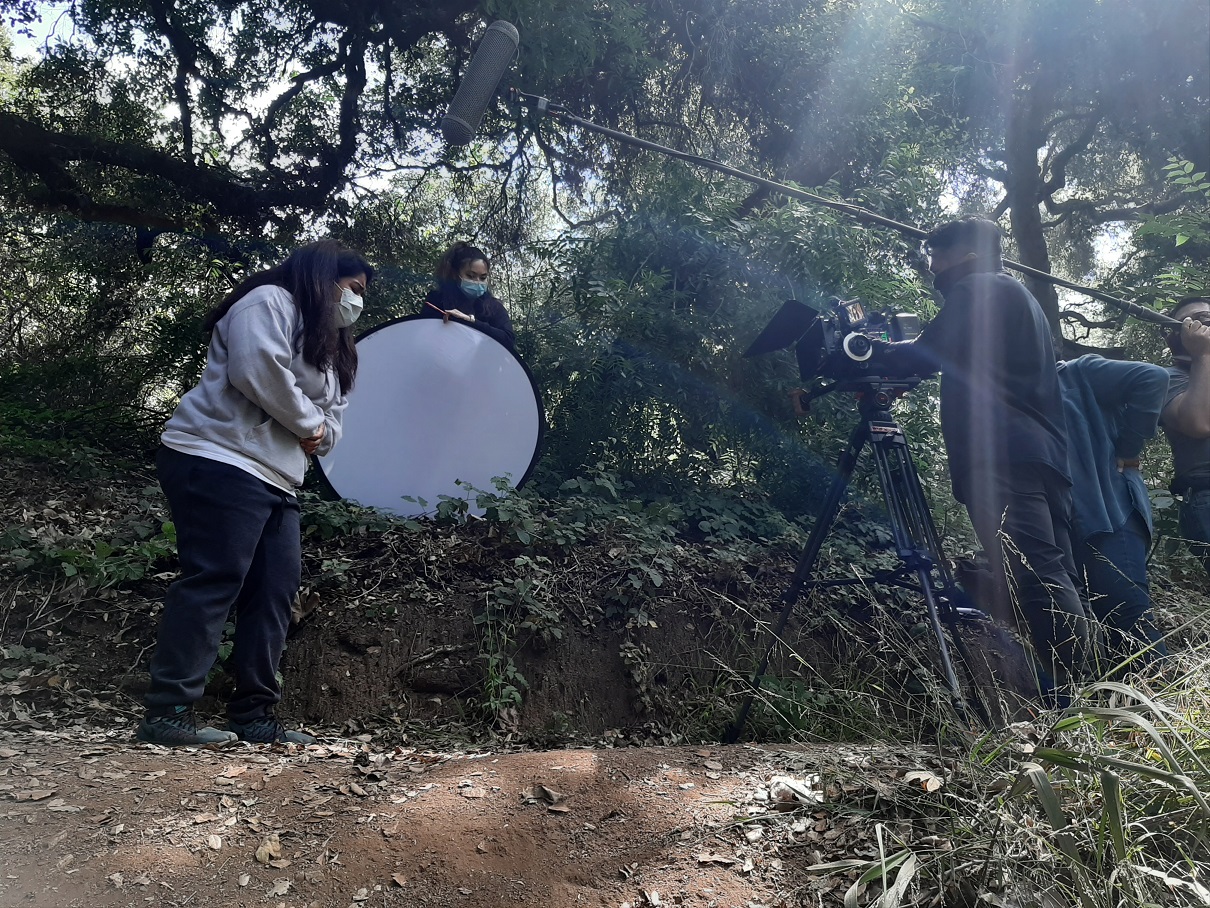 The Shoutout series is all about recognizing that our success and where we are in life is at least somewhat thanks to the efforts, support, mentorship, love and encouragement of others. So is there someone that you want to dedicate your shoutout to?
I have so many men and women to thank! I’ll start off by giving a shout-out to the men and women of #WritersGroup and #WritersBrunch. They have given my writing a breath of fresh air. They have also pushed me beyond what I thought my limits were and helped me create a screenwriting community that I trust and respect.

I’m forever grateful to Art Center College of Design Alumni Network. Not only did they get me ‘industry ready’, they have also supported me post graduation. Professors such as Joy Kecken, Paul Guay and Tara Craig are not only my mentors, but have become lifelong friends.

Professionals from my previous PR/Marketing & Social Media career have not only stood by my side, but also supported my filmmaking endeavors. Ingrid Otero Smart and Jannelle Grigsby were the women that not only took me out to celebrate my Film School graduation, but were the first to hire me as a filmmaker. I also have to thank the people that pushed me to focus on what I was meant to do: Ashley Pena, Marissa Vidrio, Kent Wallace-Meggs; and those that remind me who I am and what I’m here to do, such as Rochelle Newman-Carrasco, Adriana Lambarri, Jose E. Gutierrez, Jennifer Smith, and so many others!