We had the good fortune of connecting with Andrew Steven and we’ve shared our conversation below.

Hi Andrew, what do you attribute your success to?
In 2018, I tricked myself into losing 100 pounds by telling everyone I would backpack over 200 miles through the Sierra Nevada Mountains (and creating a podcast about it). The only thing was, I had never been backpacking in my life. I liked camping, but I had never spent any time in the backcountry.

While making a podcast about my month-long hike, I came to a literal (and metaphorical) crossroads in the trail. Part of the route included summiting Mt. Whitney—the tallest mountain in the contiguous United States. But, the path I was hiking also allowed me to skip the summit and take an easier way forward.

I had wanted to summit Mt. Whitney. I had seen the photos of other hikers standing on top of the world. But as I got closer, and as it got later in the night, I realized that I wasn’t going to be able to make the summit. Realizing I would be bypassing Whitney was painful. I questioned why I was even attempting this 200-mile long thru-hike. Would this technically be a thru-hike if I skipped some miles? Would there be an asterisk next to my name on the unofficial scorecard in my brain?

As a hiker and storyteller, I found it helpful to think of my life as a movie to help motivate me in the year prior as a trained for this long-distance hike. So I was excited when I got the chance to talk with Alexi Pappas for the podcast I was making about my journey. She’s an Olympian, filmmaker, and writer, so it seemed natural to get her thoughts on how storytelling might influence her athletic pursuits. She had found it helpful, saying, “It’s a way where you’re crafting a life instead of just living.”

Alexi had her own Mt. Whitney-type story. She had been training to run her first marathon at an Olympic qualifying pace, but come the actual day, about a third of the way into the race, Alexi realized she wouldn’t be able to accomplish her goal. “As a professional athlete, there’s a lot of expectation, and a lot of athletes in my position would have dropped out,” she said. The thinking is, sometimes it’s better to end early, retrain, and try again instead of just finishing slower (which would require longer retraining). “The hard part was choosing to own my new goal and wear it proudly and dictate my own narrative,” she said.

I could spend the rest of my hike wondering what it’s like standing on top of Mt. Whitney. I could let each day fill with regrets to the point of distraction. I could let a detour define my happiness, or I could reroute my expectations. If I’ve written the end of my life’s movie before living it, I’m doomed for disappointment.

If your picture of success doesn’t allow for change, you are destined for failure. If we define success too narrowly, we are setting ourselves up to undervalue the accomplishments just to the side of our imagined goal. Success means both being in control of your life story and allowing yourself to pivot to new opportunities. 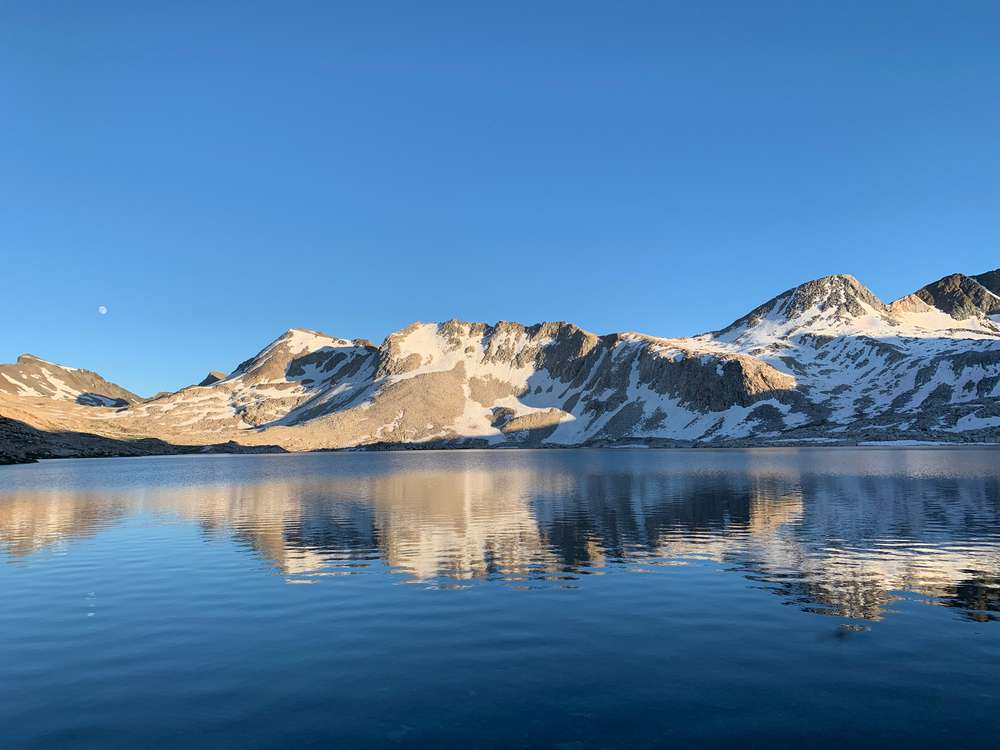 Alright, so let’s move onto what keeps you busy professionally?
When I’m working on a show or any other creative project, I like to ask myself if it’s in my “voice”? For me, that means reminding myself of a few things:

Only you are you. There’s no other person with your experiences, life story, view, thoughts, favorite things, etc. I want to hear your voice. Truthfully, there are very few “original ideas,” but there’s no shortage of “original people” because we’re all unique. I may discover a new podcast because there’s an interesting topic or a big-name guest, but the thing that’ll keep me listening to every episode is the host. Sometimes it’s their charisma, charm, or sense of humor, but it doesn’t have to be. Look at SongExploder. Hrishikesh Hirway introduces the episode and then cuts to the guest for the remainder of the show. But Hrishikesh’s voice comes through in the production, the editing, and the storytelling. Your voice is important, and I want to hear it (whether it’s what you leave in or cut out). 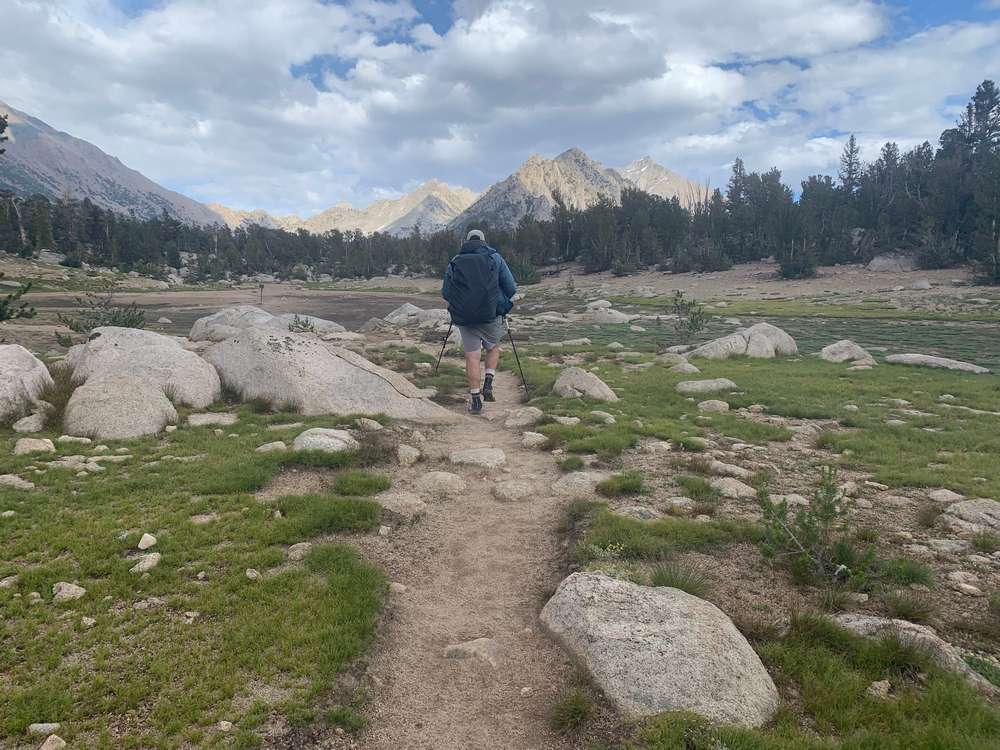 If you had a friend visiting you, what are some of the local spots you’d want to take them around to?
Here are a few of my favorite things to do in the city, in no particular order.

There’s so much to see and do here, and as someone who goes there a lot, I’m still discovering new trails and sections that have seemingly illuded me for years. Grab some quiche or coffee at The Trails Cafe and hike up to the observatory for a fun weekend morning.

Getting a membership to the NHM (and the La Brea Tar Pits) was an unexpectedly great purchase. Being able to visit multiple times a year meant I didn’t have to try and take it all in at once. I could go for an hour, go for lunch, or go to get out of the rain. Plus it came with a membership to the Tar Pits and the same applies to there.

Dynasty Typewriter At The Hayworth

Some of the best live comedy (and other enchantment) happens at Dynasty Typewriter. They put on amazing shows and serve up some fantastic popcorn as well.

Don’t skip out on the breakfast tacos from HomeState. 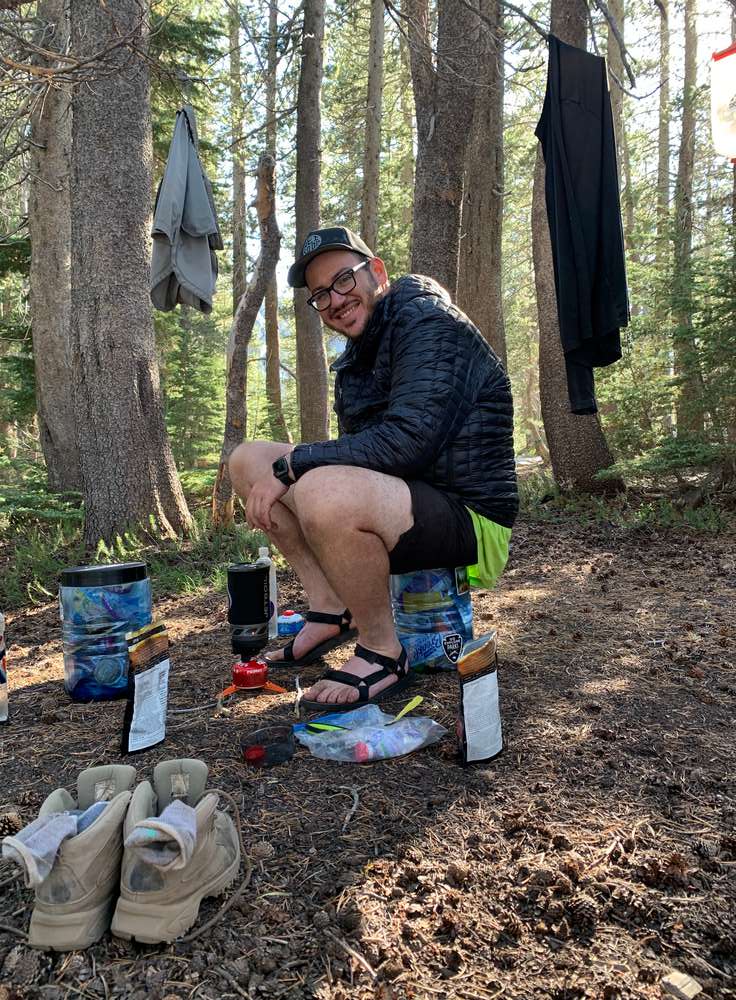 The Shoutout series is all about recognizing that our success and where we are in life is at least somewhat thanks to the efforts, support, mentorship, love and encouragement of others. So is there someone that you want to dedicate your shoutout to?
Alexi Pappas is an amazing Olympic and long-distance runner, as well as a filmmaker and author. Meeting someone who’s pursuing excellence in two seemingly different fields is an inspiration to someone like me, whose goals and dreams often feel counter-intuitive. In her book “Bravey,” Alexi writes in a way that inspired both the creative and physical parts of my being. I think her book is a must-read.