We had the good fortune of connecting with Anjini Taneja Azhar and we’ve shared our conversation below.

Hi Anjini Taneja, we’d love to hear about how you approach risk and risk-taking
Risk is the reason we have art to begin with. I think there are two types of risk that come into play regularly, for me at least. First, there’s the risk to create art. Second is the risk in sharing it with today’s “industry.” To tell your story, to feel the pain or joy that allowed you to create is, in itself, risk. I don’t think people talk enough about how artists have to look into themselves to really create. It’s an emotional risk, so as an artist often becomes consumed by their work, it might be the most important risk we take. I’ve learned throughout my career thus far that when you create something from the heart, something that actually matters, you’re not only tapping into the moments in your life that give you warmth or kind nostalgia, but you are infinitely closing, reopening, and picking at wounds- new or old. That, to me, is the greatest risk an artist can take. It’s been one of the most difficult ones for me personally, but overtime I’ve learned to embrace it in my own writing. Ever since I have, my films have become so much more authentic and powerful. My voice as a creator has become stronger and much clearer. Of course, as there is risk in creating there is risk in sharing. Today’s film industry is very saturated, with pipelines to success widening more and more. Being original and not conforming to what’s garnering attention ‘right now’ with your work can be a difficult decision to make. While following trends for quick ways to get eyes on your work is becoming the new normal, I feel like taking the time to stay quiet and work on what message I want to share with the world in my films while the world shifts and trends keep changing, is a risk as well. Longevity as an artist in a culture that fights to go viral or follow influences is essential, but it’s a risk. We are living in a very polarized time that has made telling stories with a powerful voice daunting. Going against the grain regardless of what’s “in” right now and being loud today is a huge risk, but it’s become all the more crucial. Being loud with my films, what they say, being loud as a global citizen, and being loud as a woman of color in Hollywood is a risk I continuously push to take. Finding ways to get eyes on my work, getting my project in spaces that are difficult to access while not conforming to what society may push as ‘popular’ right now adds a challenge; it also adds excitement. Film is all about problem solving, and taking the risk to be proud of your originality and unique voice is the best part of the game. Taking that risk to be loud and not back down, and tell stories that make people think has gotten me in rooms I usually would not “supposed” be in yet or working with people I couldn’t imagine at this point in my career. It’s taught me to work against the word “no.” Ever since I started writing and directing films, I was often told my idea was too big, or my project was too complex, the idea too controversial, I’m too young, etc. It’s always a risk challenging the voices around you that tell you to play it safe, but once you become comfortable with living outside your comfort zone, the game of counteracting “no” is an easy one to win. Risk for me has been betting on myself: to create with honesty, to share loudly, and to push my limits. Whenever I muster up the courage to do so, I’m always rewarded, so in the end, I feel risk is half the reason I love what I do with a burning passion. 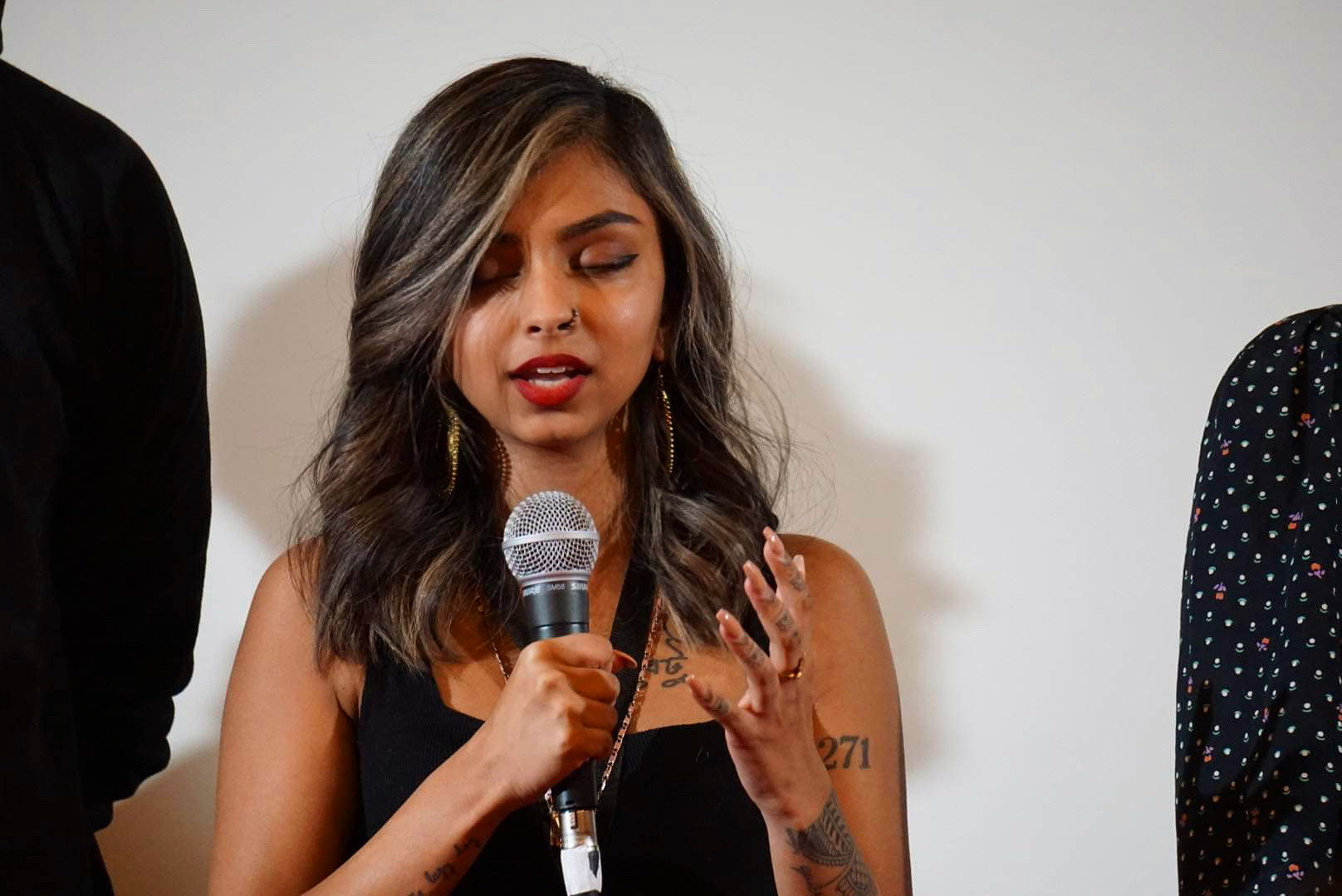 Let’s say your best friend was visiting the area and you wanted to show them the best time ever. Where would you take them? Give us a little itinerary – say it was a week long trip, where would you eat, drink, visit, hang out, etc.
I’m a fan of distance and long drives, so I’d venture out a little if I could. I’m also a food addict, and a coffee addict, so I’d start off by taking them to coffee. Harun Coffee or Hilltop Coffee are really great spots. I actually did take a friend to Hilltop when she came to town. Knowing my friends and I, we’d probably end up spending a lot of time wherever we grab coffee just talking film or something, so it’d take us right into lunch. I’ve put a couple of my friends on John Que’s Smokeout, which I’d take them to every Saturday. The food is mind-blowing, and it’s family owned. It’s one of my favourites, so that’d be on the itinerary for sure. We’d probably venture out of Los Angeles for a bit after that. Although LA is one of the greatest cities, there are some really beautiful hikes just outside of it, and I also love long drives. I’d definitely go to Joshua Tree or Sequoia National Park for a hike, and then get back to LA in the evening, just in time for dinner. Swadesh is one of my favourite spots for dinner, it’s a family-owned Bengali market that also has homemade food. It’s one of my dad’s favourite spots, and it’s amazing. We’d wrap it up by visiting this spot called the Daily Planet and browsing around.

The Shoutout series is all about recognizing that our success and where we are in life is at least somewhat thanks to the efforts, support, mentorship, love and encouragement of others. So is there someone that you want to dedicate your shoutout to?
There’s a lot of people, places, and things that I have to thank for where I am today, and where I’m going. So I guess I’ll start with family. I want to appreciate (as loudly as a can, honestly) my mother, father, Mama Liz, and my grandparents for supporting me from the moment I said the words of wanting to be a filmmaker out loud. Most importantly, my dad. He was up with me at 3AM running to the airport for auditions as a kid, and spent 12-15 hours on set for weeks right by my side. He’s been my greatest teacher and partner through this process, so everything I accomplish is because of him, and quite frankly, for him. I also want to shoutout my brilliant friends and my team who are doing brilliant things as well. They challenge me to be better in every way and teach me so much: Key Nyata, Molly Wilson, Lewis Woods, Mitchell Peters, Sampson Lee, Keeana McAllister, DeMarco Smith, and Kai Pacifico Eng. I have a bit more to say about these people because I am so grateful for them. Each of them come from a very different walk of life and do very different things right now, I feel honoured just to know them. They continuously support me out loud, push me to consider different perspectives and be a more passionate global citizen. Most importantly as I watch them do their thing both closely and from afar, they inspire me, every single day. If any of them read this, I hope they know they are a large part of who I am today. And of course, my good friends who I also view as my (past and current) mentors who have had insurmountable patience with me as I grow. They’ve also had so much faith in me both at a young age and now: Andrew Jeric, Elise Freeman, Zach & Sarah Sherman, Mike Morrisroe & Madi Phillips, Shomari Jones. Thank you for taking chances on me and teaching me so much along the way. Lastly, and this is kind of strange I think, I have to recognize foreign claymation and stop motion film. The very peculiar genre of foreign claymations take on very adult issues and complex emotions and showcase them through whim. That, to me, has always been mind blowing. It’s definitely what I use to remind my brain that there are no limits and there are no rules to the things I can create with my own films. So, as random and broad as it is, I want to give credit to that.