We had the good fortune of connecting with Antonio Breez and we’ve shared our conversation below.

Hi Antonio, how do you think about risk?
Risk taking has given me 99.9% of my success in my music career. Some of my supporters don’t know this , but the majority of them know ; I actually moved to Los Angeles 2 years ago from Massachusetts. This was a huge leap, all of my family lives on the east coast ( I’m originally from Brooklyn , Ny ) . I took the risk to move to cali, because my music career had been thriving , and I was getting a lot of support from the industry’s best producers , A&Rs, and staff from all sorts of big music companies . So I felt I just needed to bet everything and move . I had a really good job back in Boston doing health care work.. I just up and left to pursue my dreams. I’ll give you one example of a risk. I always wanted to be seen on television. A few years ago I took a train to New York to film the video in the middle of a terrible blizzard. After filming I was stuck in the train station because they cancelled all rides for the night due to the snow. Long story short I made it home the next day my parents were pissed ! But that same video landed on MTV and got a lot of love. Had I never taken that risk I would have never gotten the reward . Had I never taken the risk to move to cali , I would have never gotten an opportunity on the voyage LA haha’ 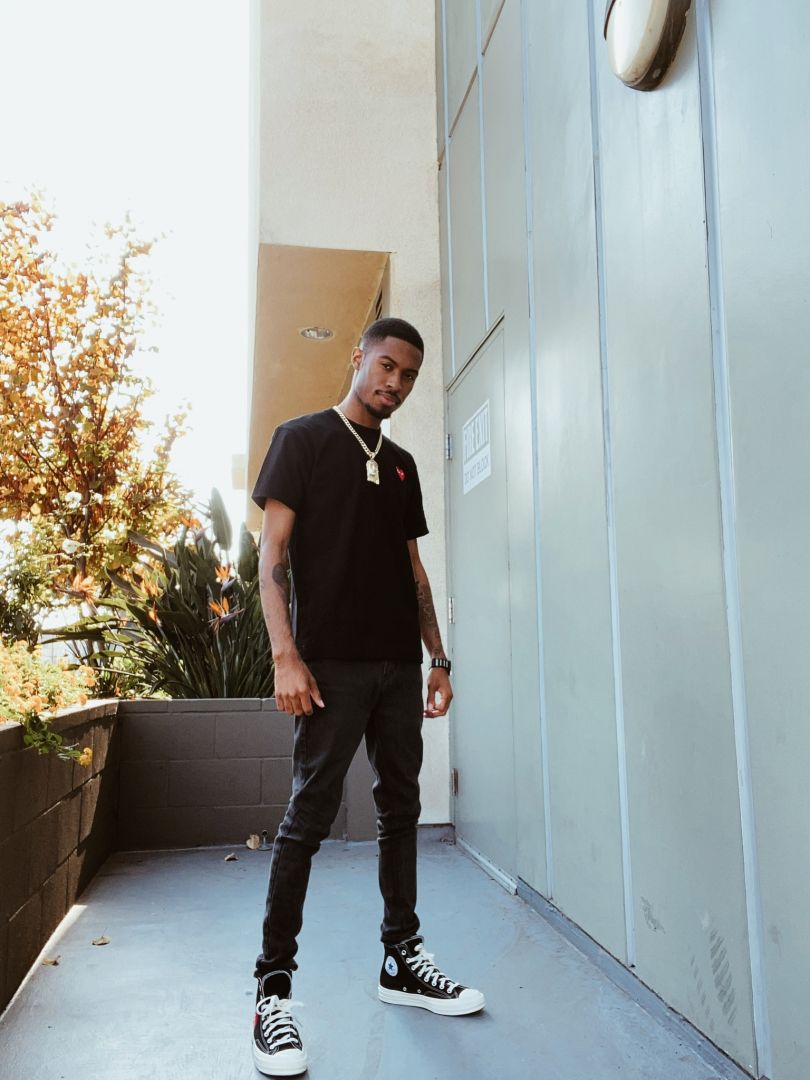 Can you open up a bit about your work and career? We’re big fans and we’d love for our community to learn more about your work.
What sets my work apart from others is my quality. When you listen to my music you hear something different , what you hear is refreshing, melodic , witty.

If you had a friend visiting you, what are some of the local spots you’d want to take them around to?
My favorite spots in the city would have to be Santa Monica beach or Venice. I also really like hitting up howlin rays.

Who else deserves some credit and recognition?
I would say I want to shoutout my friends Lenny, and James for holding me down while I’m trying to survive in Los Angeles haha. Lenny shoots all my visuals and keeps me focused on the prize. And to my girlfriend too, she’s really been supporting me , contributing ideas, dressing me , and contributing creatively as well. She’s made me feel at home here in LA.