We had the good fortune of connecting with Ashleigh Coffelt and we’ve shared our conversation below.

Hi Ashleigh, what role has risk played in your life or career?
Risk has always been a part of my life. As the eldest daughter of an immigrant, I felt the pressure to go into a healthcare profession which led me to psychology. When I decided to pursue filmmaking, it was also while still pursuing psychology and business. There was one-day mid-semester my business professor pulled me aside to have a heart-to-heart moment knowing I wasn’t happy in my career path. When I went on and on about the responsibility to my parents, he simply told me that I also had a responsibility to myself, to listen to the voice in my heart and overcome that fear. That day would change my life.
I have since adapted the brilliant George Addair quote,” Everything you’ve ever wanted is sitting on the other side of fear.”

By overcoming that initial risk of my parent’s disappointment, I sought fulfillment in finding my passion for storytelling. I met my best friend & close collaborators, traveled the world, walked red carpets, and created images and stories I only could have dreamed of living to tell.

As an artist, we’re forced to deal with risk-taking constantly. You risk missing opportunities because you aren’t putting yourself out there enough, working hard enough, or posting enough. You’re risking your personal life, privacy, and relationships to pursue your craft. You’re risking your happiness and mental stability for your art.

You risk fear, embarrassment, and failure. You risk having to shut up for the sake of suppressing those emotions as your reality. The biggest risk for me daily is overcoming those voices because to me, the biggest risk has now become remaining silent.

In my career, taking risks hasn’t always led to success, but most recently with Covid, I was forced to take THE risk to be a full-time entertainer. I can honestly say I have never felt better and freer being able to focus on creating music, movies, and innovative streams with my best friend. In the last year, we’ve accomplished goals we thought were impossible. Let’s go, risk! 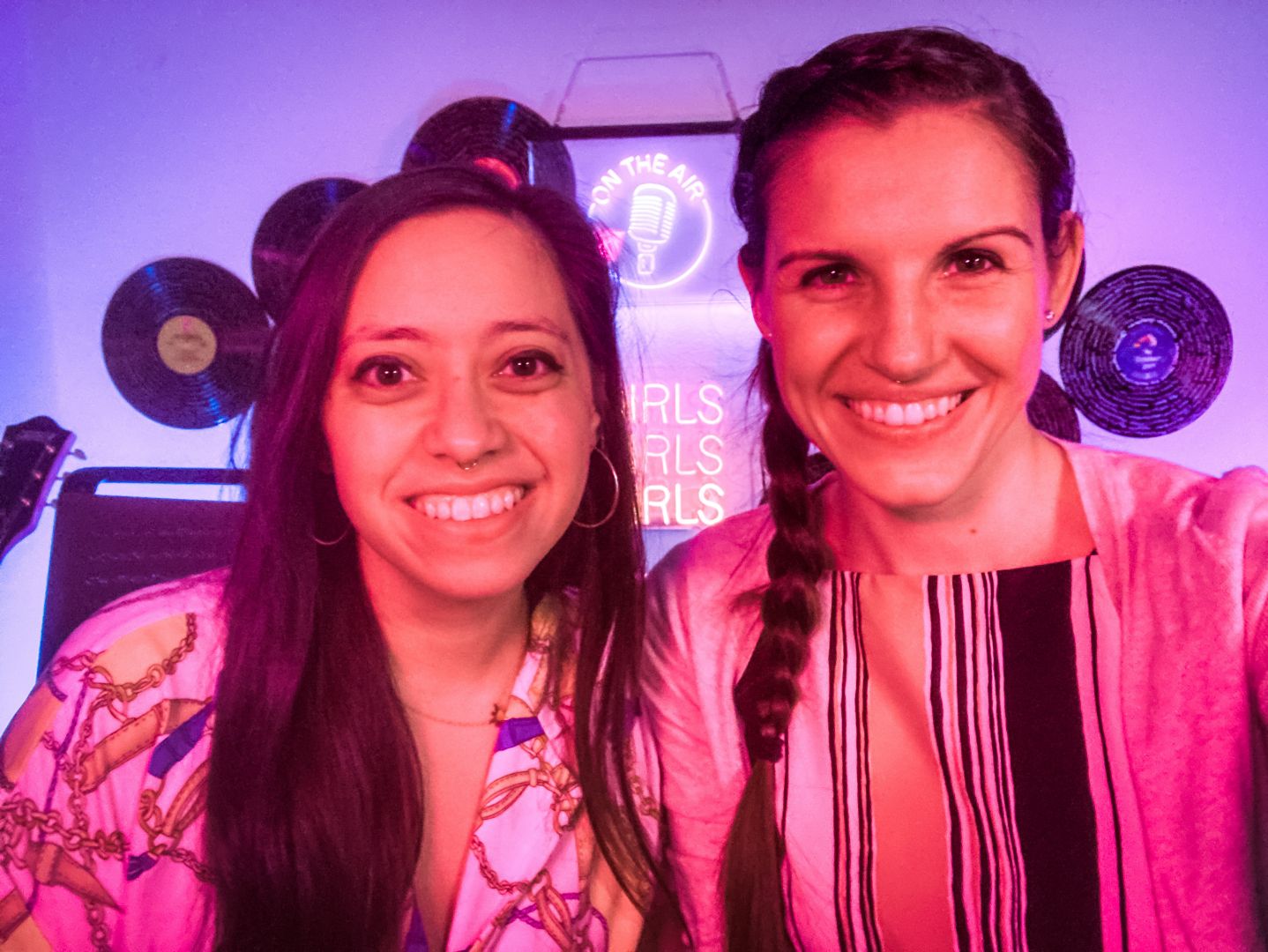 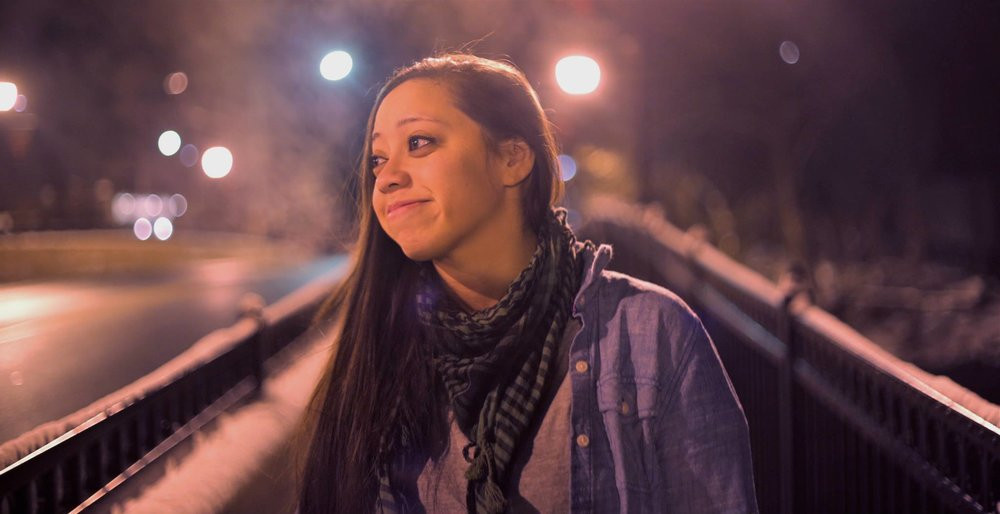 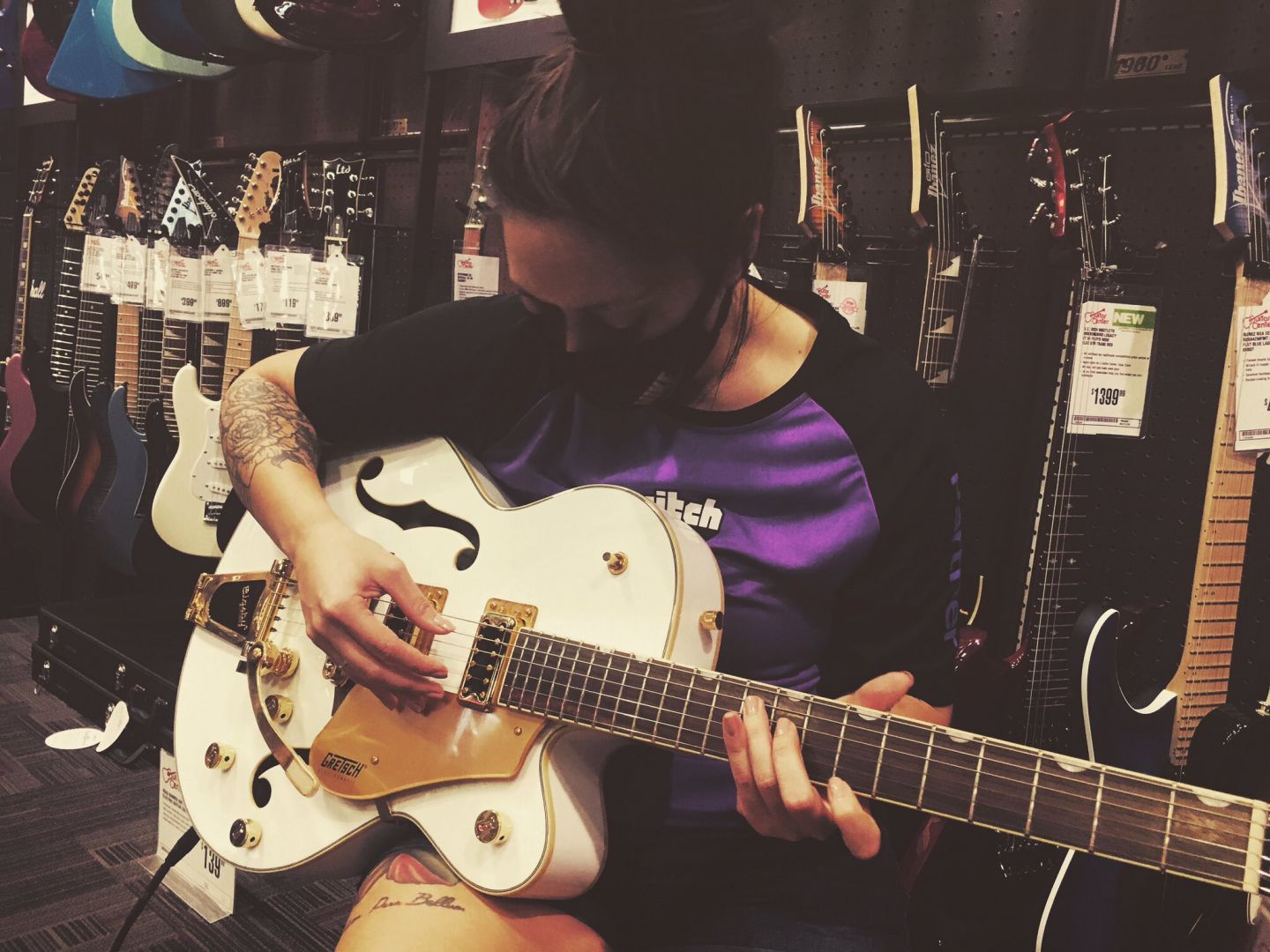 Can you open up a bit about your work and career? We’re big fans and we’d love for our community to learn more about your work.
Hi! I’m Ashleigh Coffelt. I’m a Filipina American storyteller with a passion for writing, directing, and cinematography. I co-own a film production company, Miss Ash Productions, with my best friend, Courtney, where we take films from script to screen. I’ve worked on hundreds of films and productions in almost every department. My films focus on personal experiences, combining an array of themes including identity, relationships & psychology. Additionally, Courtney and I are full-time streamers and musicians on Twitch as CA_in_LA. Our streams are a blend of ethereal music, movies & stunning visuals.
Something I’m proud of that sets me apart is my multi-hyphenate career. When someone tells you they are a multi-hyphenate, there are always people who sass you with the jack of all trades, master of none. This couldn’t be further from the truth. When I started filmmaking in Maryland, I didn’t have access or budgets to work with tons of other filmmakers. I had to teach myself how to do everything from script to screen. Each year, I devoted myself to learning one specific area of production including a year of throwing myself out there as an actor with headshots, auditions, and castings – kudos to all you actors out there!

I got my start with film as a young girl who constantly read and wrote. I was obsessed with daydreaming and was known for having an overly active imagination as a kid. I got my first video camera at 13 and fell in love with documenting everything. It wasn’t until college that I wanted to pick the music for movies. Luckily, my college had a film production course that had 4 audio classes. I reached out to my favorite music supervisor at the time, Lindsey Wolfington and she recommended I learn how to mix audio as well, as that was where the industry was heading.

I went on to work at a film non-profit in Baltimore, exposing me to independent filmmaking and low-budget storytelling. In 2013, I had the opportunity to publicly screen a film and fell in love with the process. I was truly fortunate to have friends who were down to hold boom poles and make food for the cast and crews for the dozens of films we made.

In 2016, I had the opportunity to create and screen films at Sundance and Cannes Film Festival. I met tons of producers who encouraged me to move to Los Angeles to continue pursuing my film journey. In 2017, Courtney and I packed up a car, drove across the country, and never looked back. We’ve worked some crazy jobs trying to make rent and create films in Los Angeles, but every part of this journey has been memorable.

In 2018, a friend introduced us to Twitch, and from there, things took off. Through Twitch, we’ve found a community and family who supports us and our film journey. We’ve had the opportunity to explore music and create original music as well, which while unable to make films during Covid, has been an absolute life savor both financially and artistically.

Through this journey, I am the proudest of my determination and resilience. Every step of the way, there were almost always more reasons to give up or do something easier. I always kept pushing and never took no as an answer. I’ve put in hundreds of sleepless nights, thousands of hours learning and adapting to the ever-changing beast of the industry. It wasn’t easy, it’ll never get easier.

My biggest lesson though everything has been to overcome fear at all cost. Especially as a woman, listen to your gut when situations or circumstances don’t feel right. Speak up. Know your worth and keep fighting to get where you want to be. Finally, invest in relationships, don’t just network. We’re all told to network constantly, but the real, meaningful relationships I have with people in the industry, are the people I frequently collaborate with.

Despite what anyone tells you, you CAN make it. You may have to find an unconventional route, but everyone’s journeys are so different. I’m proud that along the way, I’ve been able to succeed at film and music with my best friend, despite everyone telling us things would never work out for us to make our careers in film together. We’re proof that through determination and resilience, you can indeed make your dreams come true.

If you had a friend visiting you, what are some of the local spots you’d want to take them around to?
While I’ve lived here for 4 years, I still stick to my staples.

Food wise, we’d start at Bebe’s for breakfast with some stuffed French Toast, Porto’s for lunch with a lechon rice plate with extra plantains, and coffee & dinner at Shanghai Rose with some Dim Sum, of course, grabbing ice cream and fresh cookies at McConnell’s.

I’ve never been a fan of the touristy places but the atmosphere and views at Huntington Park make it a necessary stop for anyone visiting. If they have room in their suitcase, the Illiad Bookstore in North Hollywood is my other must-go place for people visiting. Used bookstores are a vibe and cats rooming free while you are getting lost in great books, priceless. 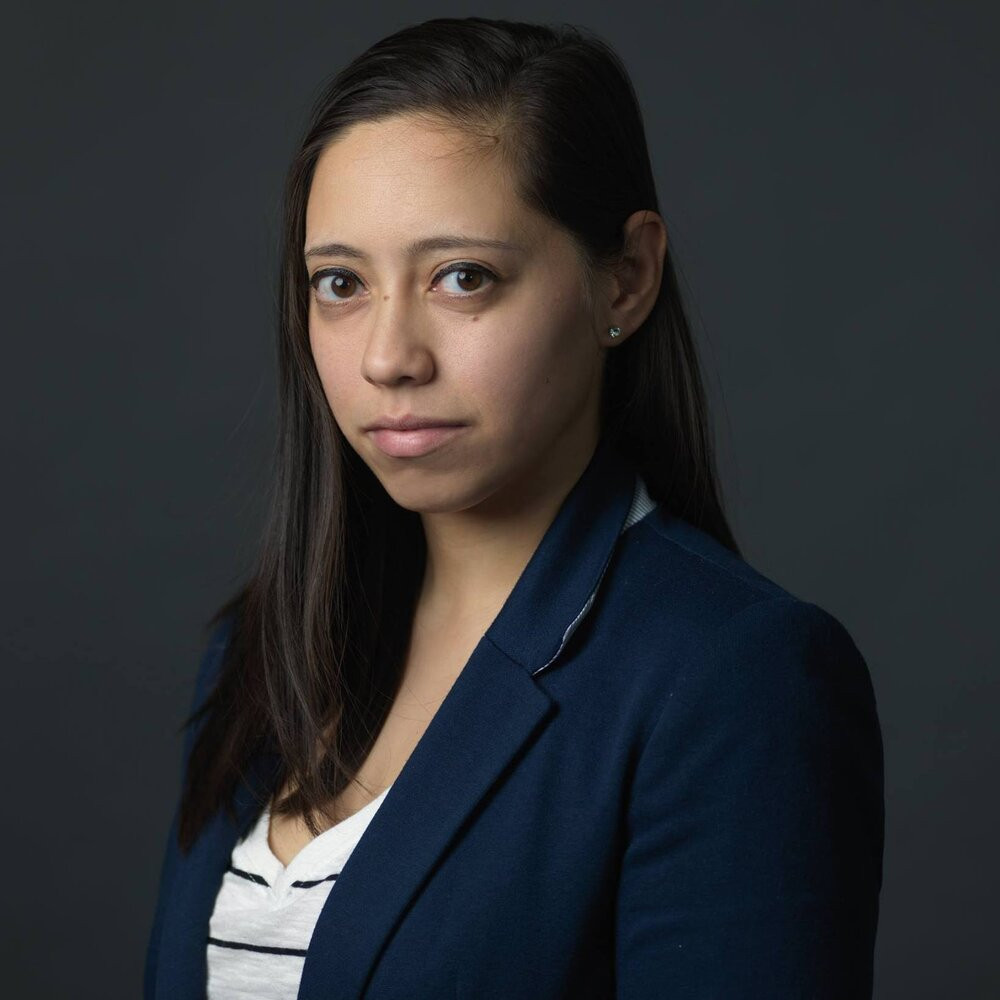 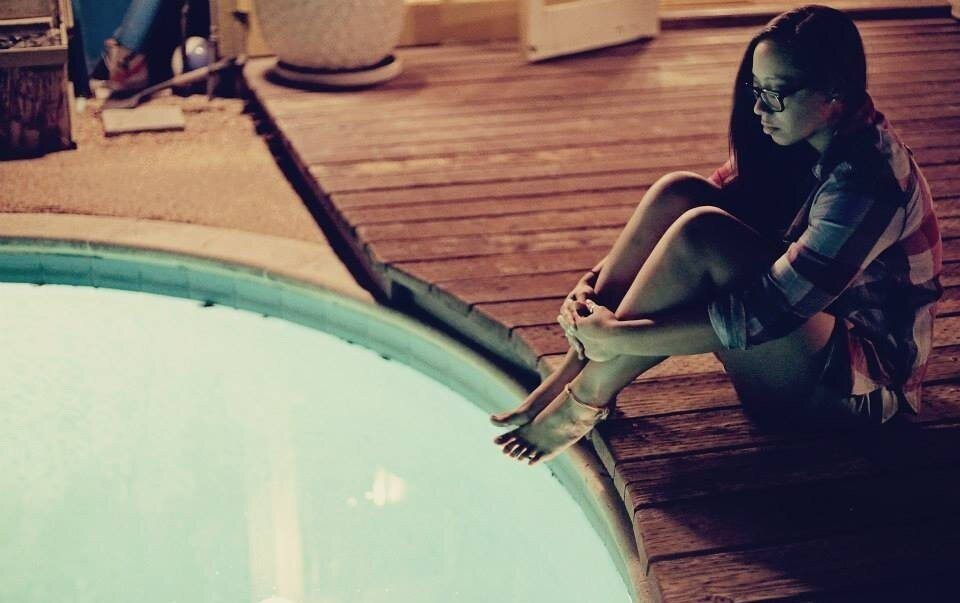 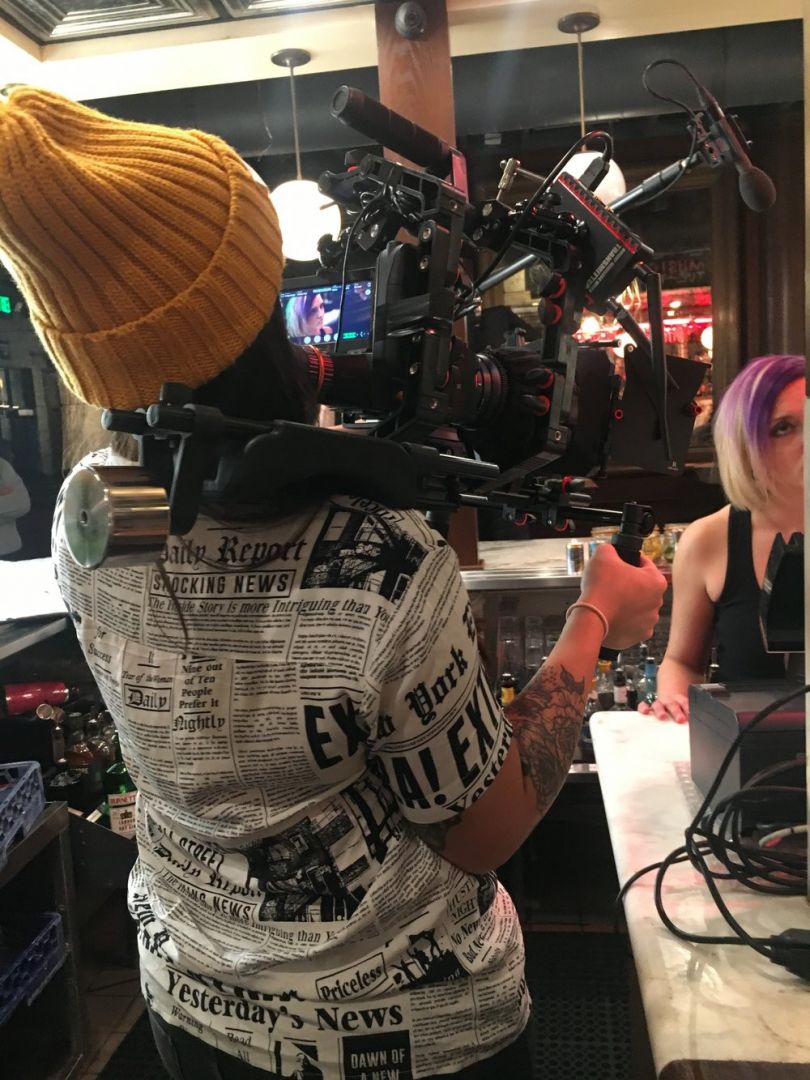 Shoutout is all about shouting out others who you feel deserve additional recognition and exposure. Who would you like to shoutout?
I’d love to dedicate my shoutout to my best friend and partner in crime, Courtney. It’s impossible to know me without knowing about her as our lives are so intricately and artistically entwined. We’ve been friends for almost a decade & been through some of the craziest stories – like this time we randomly drove from Maryland to Toronto, Canada for the weekend. She’s been an essential piece to my story and a huge reason why we moved from Maryland to Los Angeles.

Courtney has always encouraged my artistic endeavors from film to music. Together, we’ve independently created over 100 short films and a feature film. More recently through Twitch, we’ve built an incredible community and partnered channel to stream our original films, fun banter and an album full of original music. She’s enigmatic and has the most addicting personality. Her laugh can bring anyone back from a bad day. And her artistic talents, it’s alarming how skilled she is! Her eye for color dominates so much of her art from drawing to painting to serving as a brilliant colorist. She sees the world so beautifully and captures the simplest things elegantly. Finally, you should see her act! She’s the most skilled actress I’ve ever worked with, putting so much time and intentionality into each and every character she brings to life. Her range is impressive and not restrained to one genre. She’s a director’s dream collaborator and I’m eternally grateful for each story we get to tell together.

When no one else has believed in me or supported me, I’ve always had Courtney. My brain goes to these crazy places to create worlds and tell stories and she’s always down to go with me to bring those stories to life. From our crazy serving jobs to crazy productions, our storytelling journey is only just beginning. Thank you for always reinforcing my madness, especially in the trenches underneath the moon, Coat.

Other: Please check me out performing live music on Twitch with my best friend, Courtney @ twitch.tv/ca_in_la