We had the good fortune of connecting with Aswan Harris and we’ve shared our conversation below.

Hi Aswan, what led you to pursuing a creative path professionally?
I wanted to pursue an artistic career because I love the thought of being able to one: adopt a different mindset or point of view of the world by understanding the psychology of the mind of a character, which allows me to be both more empathetic towards others as well as allow people to take their mind off of whatever hardships or frustrations they may be going through at that time while they are watching a play or movie that I am performing in. I have always been a creative person, growing up I use to sing in a choir & was good at drawing. 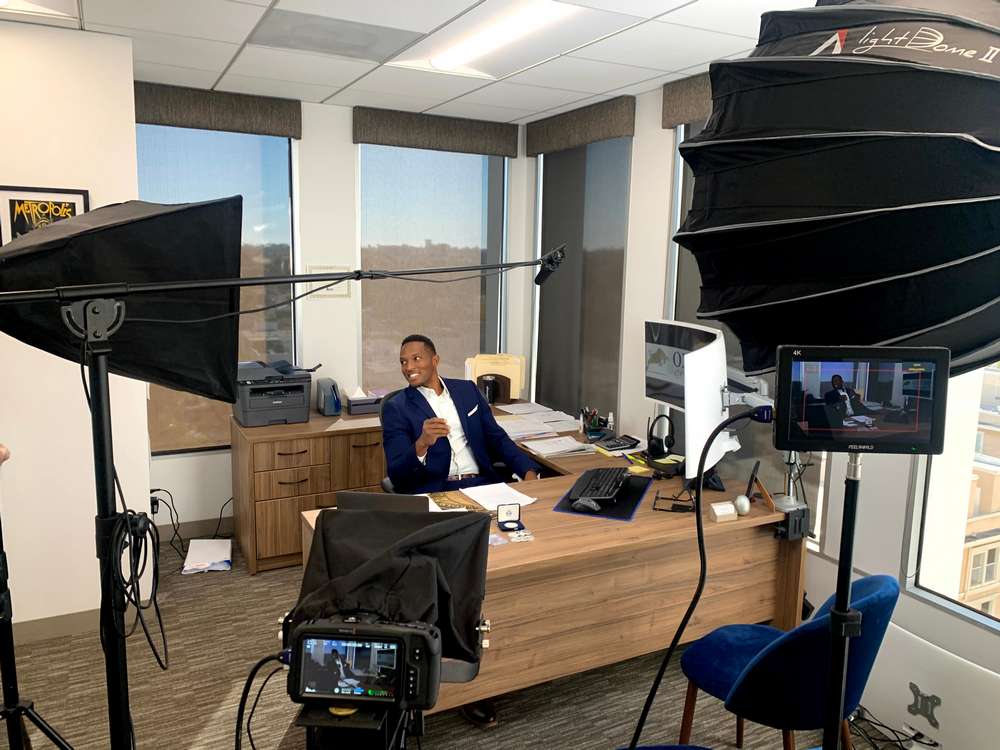 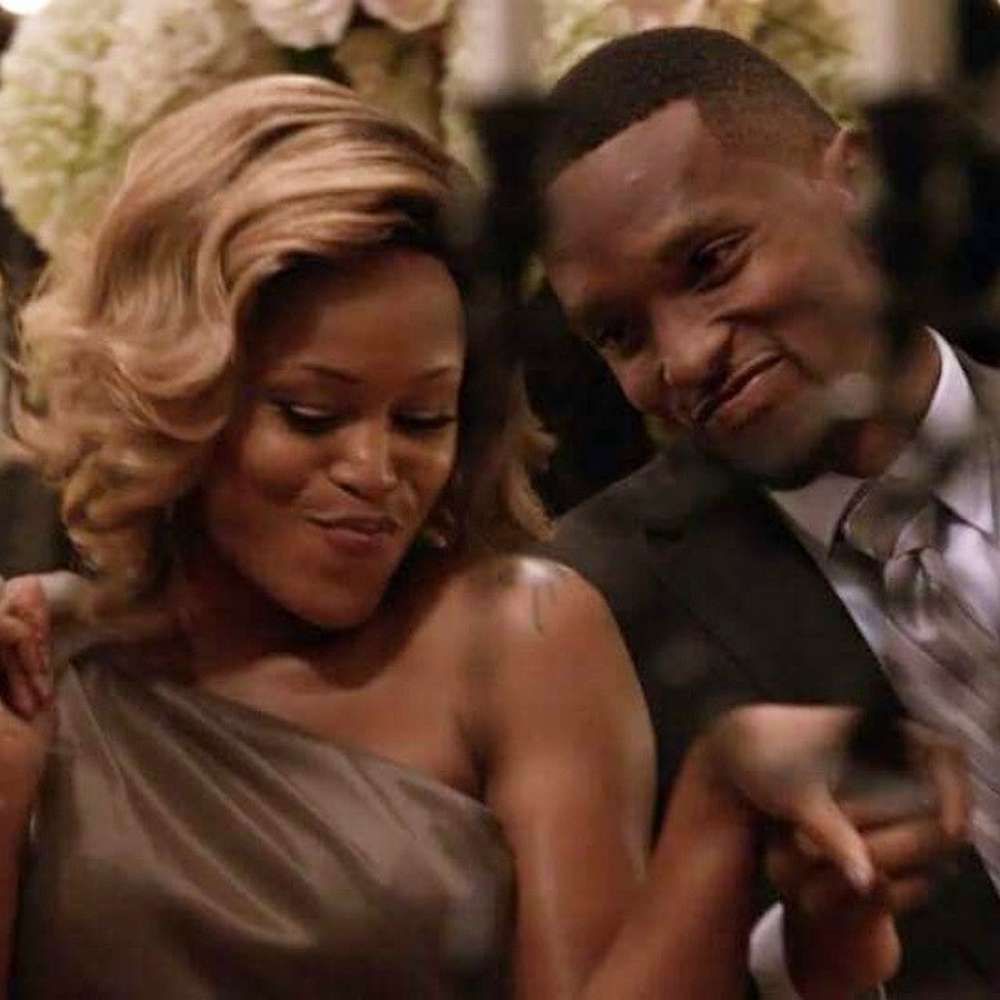 Alright, so let’s move onto what keeps you busy professionally?
I feel like I am really just now getting in the groove when it comes to my acting career, and that brings me a lot of excitement because, I am anxious to see my future performances due to my growth and hunger for playing challenging characters with different sets of beliefs, nuances, and mannerisms than myself.

I prioritize my mental health and pride myself on living an overall balanced personal/professional lifestyle, by not allowing myself to get too caught up on the lows of my acting career, and also only pursuing careers or jobs I enjoy doing. I have always been entrepreneurial and right now I’m working alongside my best friend Ralph. We are building a premium vodka brand from the ground up. It’s called Col Bleu Vodka.

I am proud of the plays and films I have done so far; and honestly my journey overall. I started my acting career on stage. My very first acting gig was a gospel play called “Out of Order,” I ended up being an assistant director, and acting coach. We went on to do a sequel called “Out of Order Too,” and I was able to play 2 completely different characters – Cutis, a young black man that received an academic scholarship to Harvard University for his smarts & a Jamaican Man. I had the crowd rolling when I was playing the Jamaican. It was so rewarding to have a Jamaican family approach me after the play and tell me they really thought I was Jamaican. I did several plays before eventually getting into film & television. Where I have been blessed to work alongside some amazing actors such as Kevin Costner, Regina Hall, Chadwick Boseman, and more

I am very excited about an indie film I did called “Rebirth.” It recently came out this past July. I play the role of Ben. The writer/director Roger Connor had a vision for his adaptation of “Night of The Living Dead”, and he really worked hard to make sure the film actually saw the light of day. I’m not sure if your readers know this, but not all films actually get finished or obtain distribution. The vodka brand is also, very close to taking off. We have some really big things in the works. I’m hopeful by the time this article is released you will have also already heard about the brand.

Building both my acting career and Col Bleu Vodka has not been easy. It involves a continuous rebalancing act and massive amounts of research in both fields. It also involves lots of communication. Luckily, I have a sales background and was told NO quite often. . .so I’m able to brush off the No’s from the audition process or speaking to potential retailers. Technically, in the entertainment industry, you don’t actually hear the “NO” because you aren’t actually told anything unless you are chosen for the part, got “pinned,” put “on avail,” or receive a “callback.”

I’ve learned that building a solid team is really important in both my acting career and in business. Having the right agent, manager, and PR team is important because they all work collectively to build my career. It’s no different with the vodka business. We need to hire the right individuals and build the right partnerships for the vodka company to grow.

I overcame some early challenges most actors have a hard time dealing with by learning not to take anything personally, acknowledge what I did in my audition to learn from what I could do better if I land a “call back” and for future auditions, and then move on and not dwell on that audition performance. Also, I relied heavily on my consciousness to know that there are entirely too many moving pieces during the casting process and they don’t necessarily have anything to do with me. So my focus is to put my energy into building out the character to the best of my ability, keep studying, growing, and living to gain more experiences as a person that I can use in my future performances. At the end of the day, whatever part is meant for me, I will get it in due time, and I have zero control of that time.

I want the world to know that I pride myself on being impactful in a positive way. I am constantly challenging myself to grow, and I put 100 percent into everything that I do. When they watch any show, play, or film I am in. I am giving a truthful, and enjoyable performance.

As far as Col Bleu Vodka goes. The brand was built to be inspirational; To let everyone know anything can be achieved with the right determination. Col Bleu is French for Blue-Collar. We are redefining what it means to live a blue-collar lifestyle. That’s why we wanted to do what really hasn’t been done in the vodka space – Create a premium vodka that can be enjoyed on the rocks. You can find it mostly in Total Wines but it will also be available in Sams Club in the upcoming months. 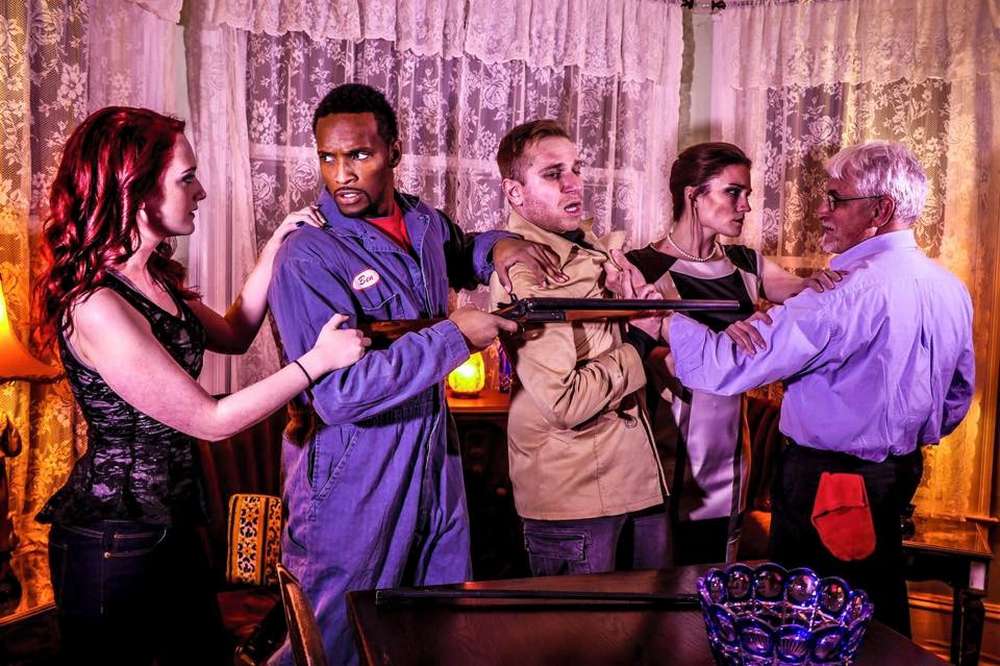 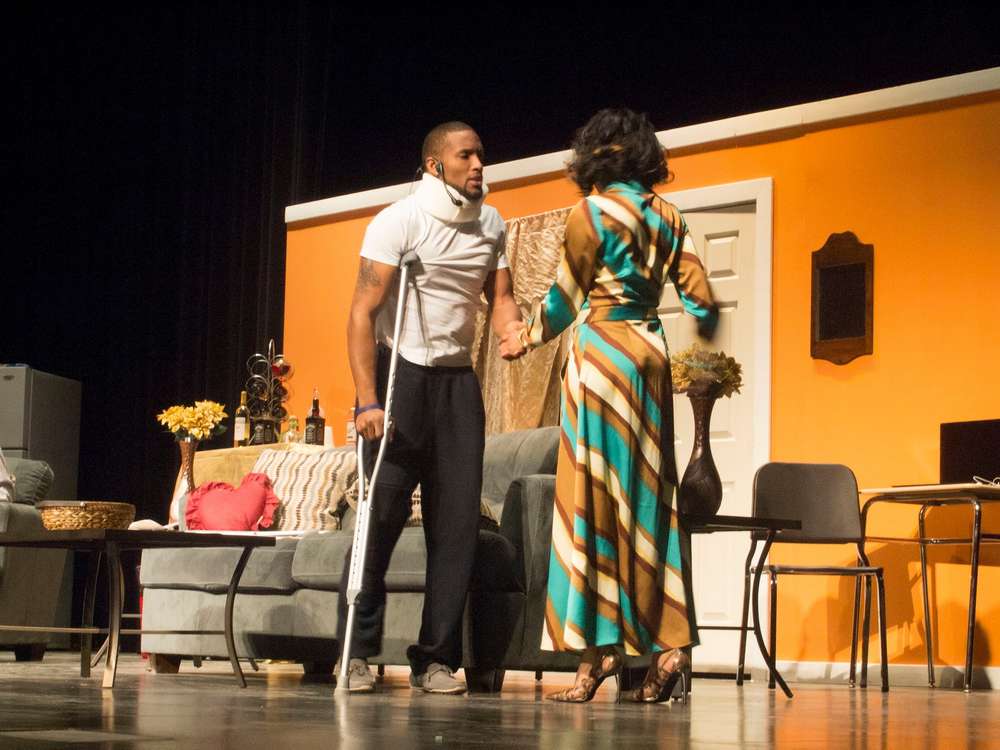 Let’s say your best friend was visiting the area and you wanted to show them the best time ever. Where would you take them? Give us a little itinerary – say it was a week long trip, where would you eat, drink, visit, hang out, etc.
I have been the tour guide quite a few times already since living here. Ultimately I would base it on what they like to do but, I always make a point to take everyone to the beaches. It’s an absolute must. I make sure to take them to the end of route 66 (Santa Monica Pier) Then, I take them to Venice, Hermosa, and Manhattan Beach so they can experience the difference between the beaches – because they all definitely have different crowds. Not in any particular order. I try to be strategic to avoid as much traffic as possible unless we are doing a bike ride on the beach.

I would also take them to the Grove, The Americana at Brand, Griffith Observatory, Hollywood sign, Hollywood to see the walk of fame, I definitely would take them to the TCL Chinese Theatre, and I make it a priority to point out Muhammad Ali’s star, which happens to be the only star (to my current knowledge) that is on the wall by the theater and not actually on the sidewalk. Universal City Walk Hollywood, Rodeo Drive, and the Beverly Hills sign. Personally, I love scenic views so I would take them to Runyon Canyon, Muholland Scenic overlook, Universal City Overlook,& Jerome C. Daniel Overlook. I would drive around some neighborhoods like Brentwood, Beverly Hills/Bel Air, Culver City, West Hollywood, Marina Del Ray, Pasadena, Silver Lake & Downtown.

As you can see, I like diversity and Los Angeles has so many amazing areas to see. We haven’t even gotten into the food & drink locations yet, which I’m going to dive into now. I’m going to keep this list sort of short because there are so many amazing places that have amazing food, cocktails, and views.

I would take them to EP/LP, fun fact – I use to do security there my first year in LA, Mama Shelter, DTLA Grand Central Market, The Roof at Edison, Spire 73, Katsuya, Perch, Skybar. I have to show love to my vegan joints to show them how good vegan food can taste. Veggie Grill, Beelman’s, Wild Living Foods, Urth Cafe, The Vegan Joint, Kreation Organic Kafe & Juicery. Souplantation was a favorite of mine as well. 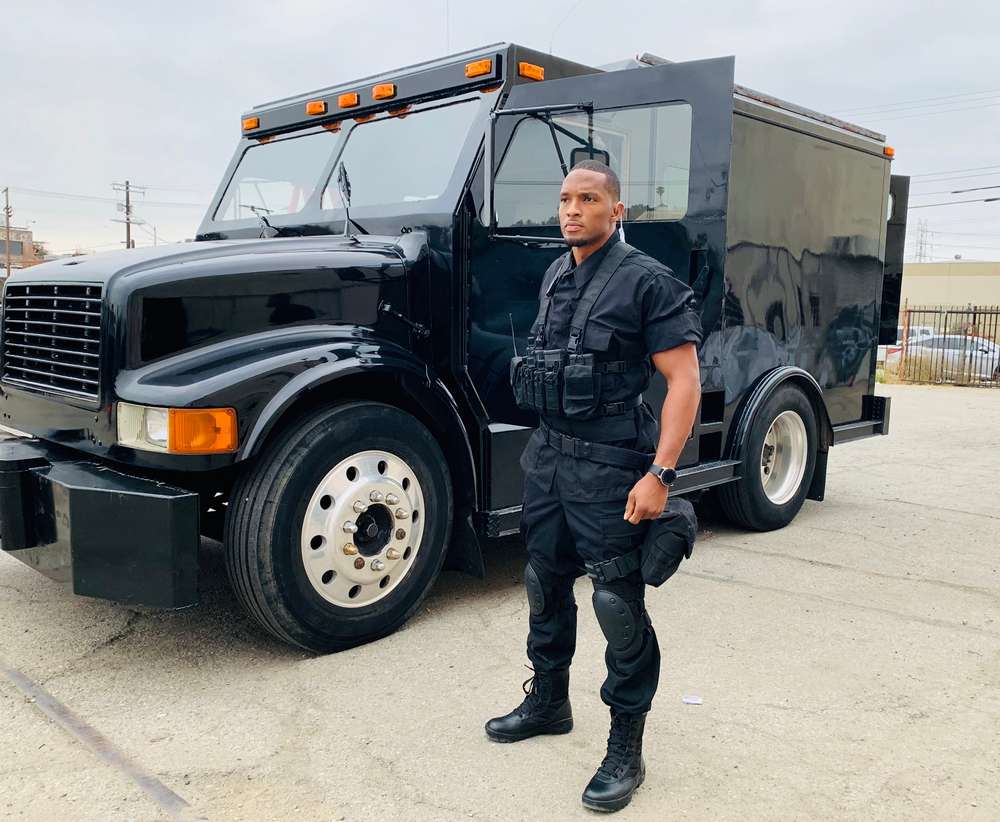 Who else deserves some credit and recognition?
I have to first and foremost give a shout out to my mother Gloria, followed by my entire family. The level of support and love I have always received from my mother and family members have been phenomenal. Fortunately, I never had any of them try and talk me out of pursuing any goal i set for myself, no matter how dangerous it was. . . Like joining the United States Marine Corps after 9-11.

I have always been the eclectic kid that enjoyed making money, being adventurous and creative. My mom was my biggest cheerleader for sure. Growing up she was in a singing group and she loved entertaining, unfortunately, she chose not to pursue that kind of career, but I sure am grateful that she passed along her talents to me. My mom truly is such a beautiful soul. All of my family members would encourage me to keep moving and doing what I was doing as well. I don’t think they know this, but they are essentially the driving force behind what I do.

I have to give a shout-out to The United States Marine Corps for elevating my level of discipline, eliminating my excuse mechanism, and raising my ability to uplift those around me. The Marine Corps also instilled some core values I still live by to this day. Those values are Honor, Courage, and Commitment. I first got the idea to pursue acting while I was stationed in Japan in 2004.

I would also like to give a shoutout to my first acting teacher Brian Zoldessy – Former Director of Theatre Arts at Cuyahoga Community College. He was really close to making that transitions from broadway to film. He would always encourage me to keep at it and told me how much he believed in my talent. I still revisit the notes I took in his class. Any time I feel stiff or bland, the lessons I learned from him would get me out of that funk.

Here are a few books that also helped me with my acting or cultivate my mindset: The New Psycho Cybernetic by Maxwell Maltz, How To Get The Part Without Falling Apart by Margie Haber. 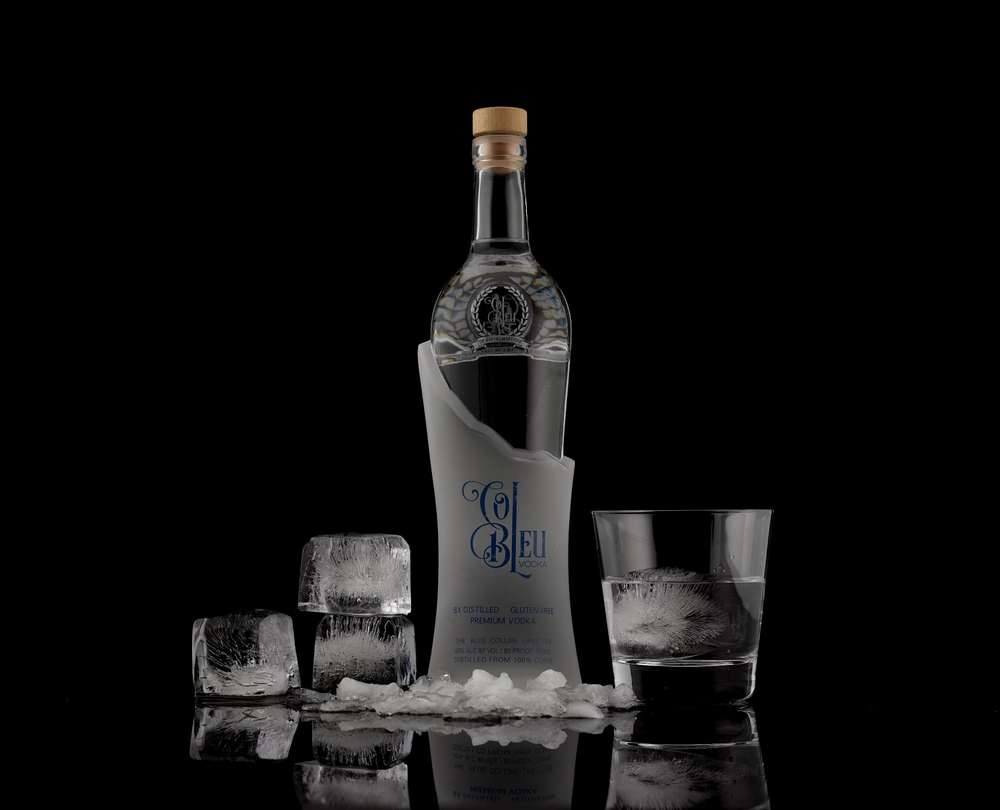 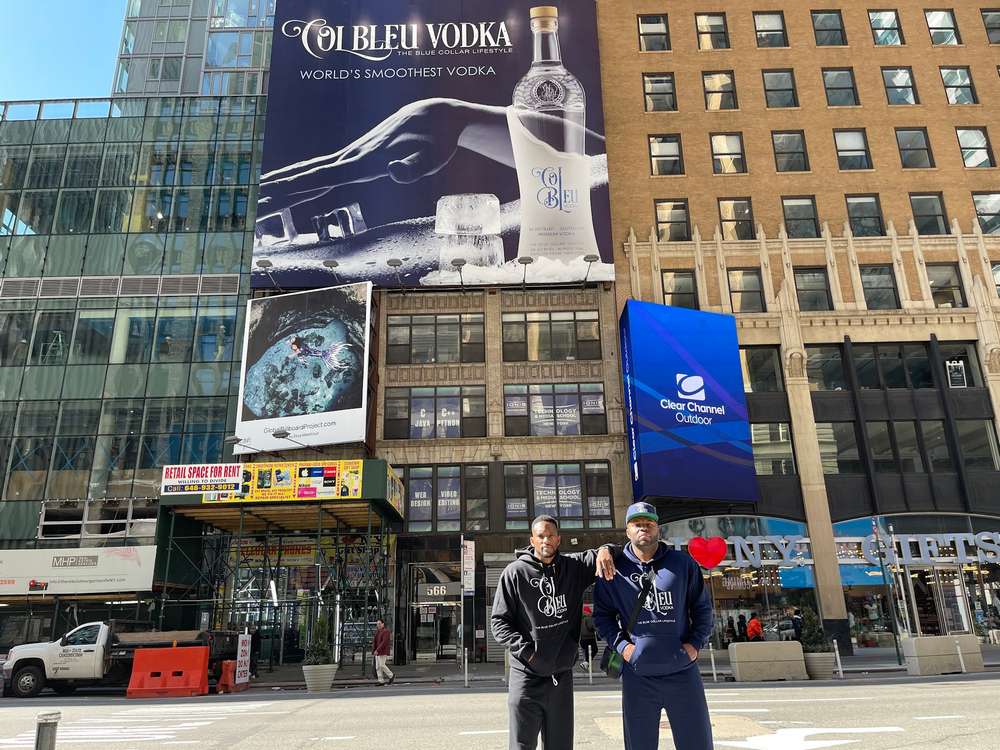