We had the good fortune of connecting with Beatriz Chahin and we’ve shared our conversation below.

Hi Beatriz, why did you decide to pursue a creative path?
I’ve always loved film and television, and I can pinpoint the exact moment I knew I wanted to work in film & TV — I had just turned 14 years old, and my parents took my sister and I to the movies to celebrate my birthday. I remember being in the theatre, watching Lord of the Rings: The Fellowship of the Ring and being completely captivated. I thought “I don’t know exactly what I want to do, but I know I want to help make something like that.” When we got home from the movies, I read the issue of Entertainment Weekly that had come in that week (weeks before, my parents had gotten a subscription), and from then on, I had tunnel vision — figure out what I want to do in entertainment, and figure out the steps to get me there, from being involved in theatre to then being the station manager of my high school’s TV station my senior year of high school. I also thought about what series and films really left an impression on me. “Six Feet Under” is my favorite show of all time; I tend to gravitate to pieces that focus on interpersonal relationships – whether it’s families or friends, and bonus points if I feel like I can see myself in them as a Latina (see: “One Day at a Time” on Pop, “Diary of a Future President” on Disney+). Stories, specifically film and TV, can have such a profound effect on people. They certainly have on me, and I think issues or events resonate even deeper when people see themselves reflected on screen. 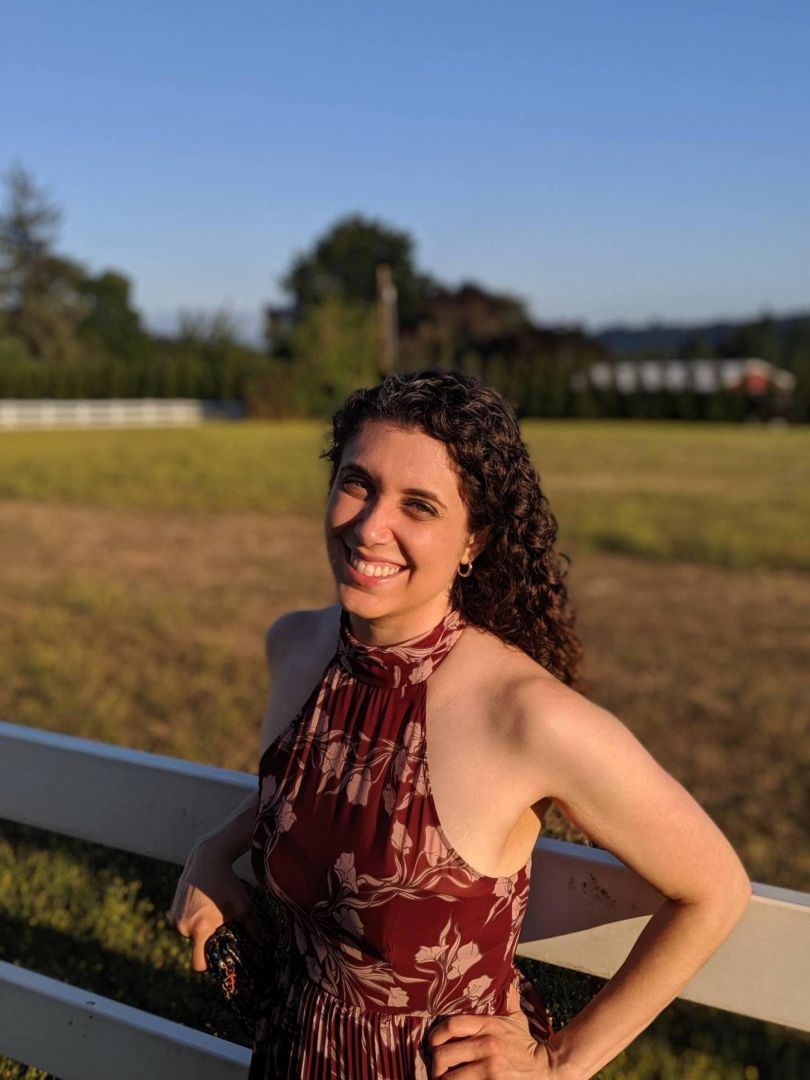 Can you open up a bit about your work and career? We’re big fans and we’d love for our community to learn more about your work.
Most of the year, I work as a Production Coordinator in the half-hour comedy space, and when I’m on hiatus, you can generally find me working on indie projects as a Producer. The first feature that I produced along with my producing partners, Christine Weatherup & Matt Enlow, is currently in post, which is very exciting! I absolutely LOVE my job – ever since I figured out what Production was, I knew that was the part of the business I wanted to be in. It wasn’t easy getting to where I am, but it was certainly worth it. It all started when I was a student at The University of Texas at Austin. One of the classes I was taking required that students reach out to people in entertainment and conduct interviews about their experience in the business. I took a risk and found an email for one of the producers on “Brothers & Sisters,” and decided to reach out to them. To my surprise and excitement, they responded very quickly, and were quite generous with their time on the phone. I kept up with this person for over 2 years, and when I moved to LA for The University of Texas – Los Angeles Program in 2010, they graciously offered to show me around the sets, and they forwarded my resume to the Writers Assistants. I interned there, as well as Mad Chance Productions, for 4 months. After graduation, I worked on various indie projects, and then there was an opening at Mad Chance, which started out as a temporary position, and then I was brought on full time. I went from Mad Chance to the NBC Page Program, and there made great friends that I’m still close with today, who helped put me in touch with one of the Production Executives who really took me under their wing and passed my resume along to the “Go On” team, where I was hired for my first show full time. A friend of mine from “Brothers & Sisters” then put me in touch with “The Newsroom,” where I interviewed and worked on the 2nd half of the 2nd season, and from there, went to “Brooklyn Nine-Nine” as an Office Production Assistant. I was promoted twice in the first season (first to Producer’s Assistant and Production Secretary, then to Assistant Production Coordinator), went to do a pilot between seasons 1 and 2 as an Assistant Production Coordinator, and then was promoted again in the 4th season to Production Coordinator. Between seasons 5 & 6, I worked on a few pilots as Production Coordinator, and we finished season 7 in December 2019. After season 7 ended, we were able to go into principal photography for the feature I mentioned earlier, and then I hopped on a pilot with my “Brooklyn Nine-Nine” production team before the COVID-19 shutdown. I’d say what sets me apart is my love for not only the job, but for working with people in general, along with being excited about the more methodical/attention to detail parts of the job. People are usually surprised to find that I’m an introvert, since I very much enjoy the collaboration aspect of this business. I know, without a shadow of a doubt, that I wouldn’t be where I am today without the continued support of my friends, family and colleagues. Hours in Production aren’t always the easiest, but it certainly helps when you have other friends who work in Production who can relate, and you’re close with your team. It’s also incredibly rewarding when you can see a project come to fruition, whether it’s a film or TV show, from its inception to a final product. 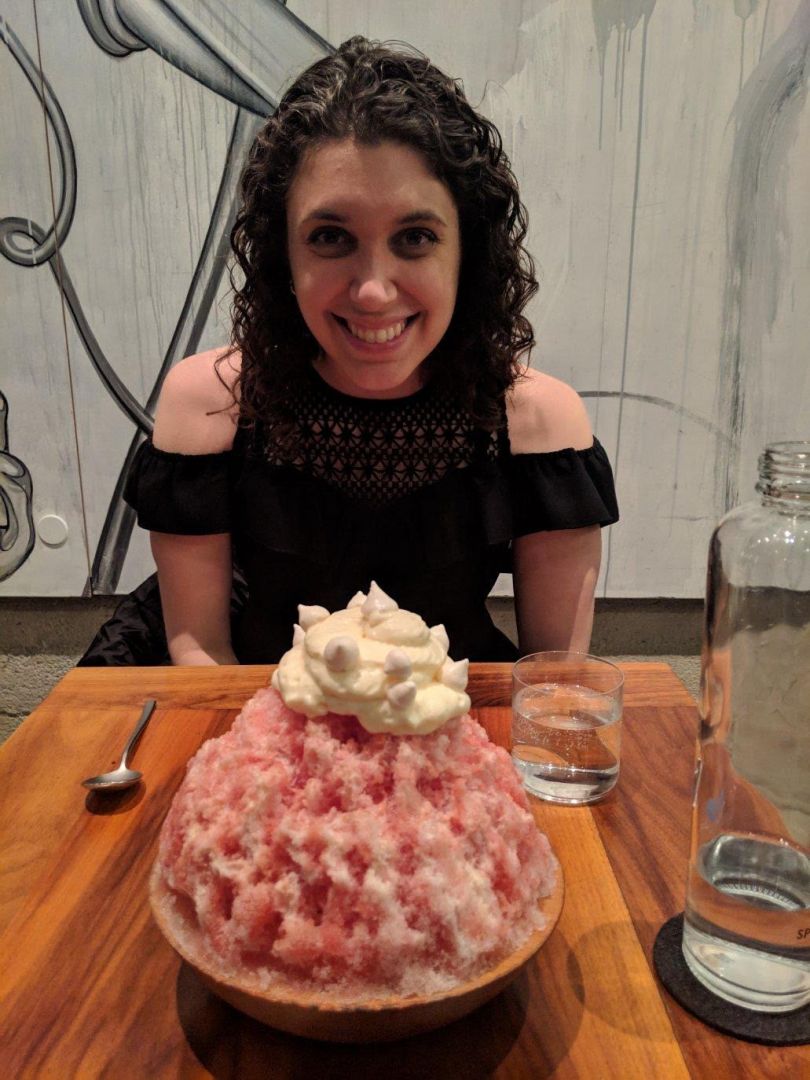 Any great local spots you’d like to shoutout?
Love this question, especially because I literally create itineraries anytime my family or a friend comes into town to maximize their time here. I have so many answers to the “where to eat” question – Salsa & Beer in North Hollywood, BlaqHaus in North Hollywood; Summer Canteen in Toluca Lake; Firefly, HOPE, Aroma Coffee & Tea, Lala’s, SUGARFISH all of which are in Studio City; Otoño in Highland Park and Majordōmo in Downtown LA, to name a few. Malibu Wines is always nice, as is going to any of the beaches. Eat, See, Hear or Street Food Cinema are my go-to activities during the summer, and I also like to nerd out about Film & TV history, so I’d likely suggest one of the studio tours like Paramount or WB. I love theatre, so seeing something at the Pantages, or at one of the small black box theatres in the NoHo Arts district is certainly fun. I’d also recommend some museums like the Getty, Getty Villa or Paley Center, depending on people’s interests. 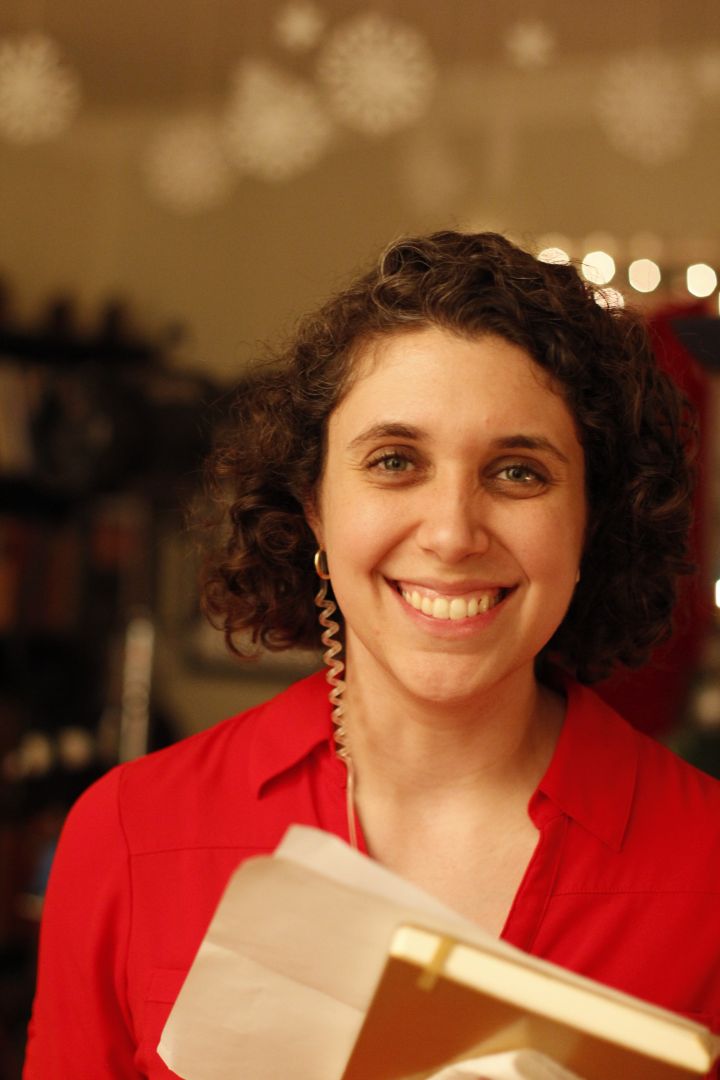 The Shoutout series is all about recognizing that our success and where we are in life is at least somewhat thanks to the efforts, support, mentorship, love and encouragement of others. So is there someone that you want to dedicate your shoutout to?
I can’t just pick one person, and I’ll do my best to be concise in this! Of course, my parents and my sister – they’ve been my support system my entire life and have always encouraged me in every endeavor; my groups of friends from every stage of my life in both Texas and California; my work families from all my work places – Mad Chance Productions, the NBC Page Program, “Brothers & Sisters,” “Go On,” “The Newsroom,” “Brooklyn Nine-Nine” various pilots and projects; my roommate (who’s like my brother), my producing partners, the Latinx and people of color groups that I’m in, and my boyfriend. So many people have taken a chance on me, and I’m eternally grateful to everyone who’s played a role in my story! 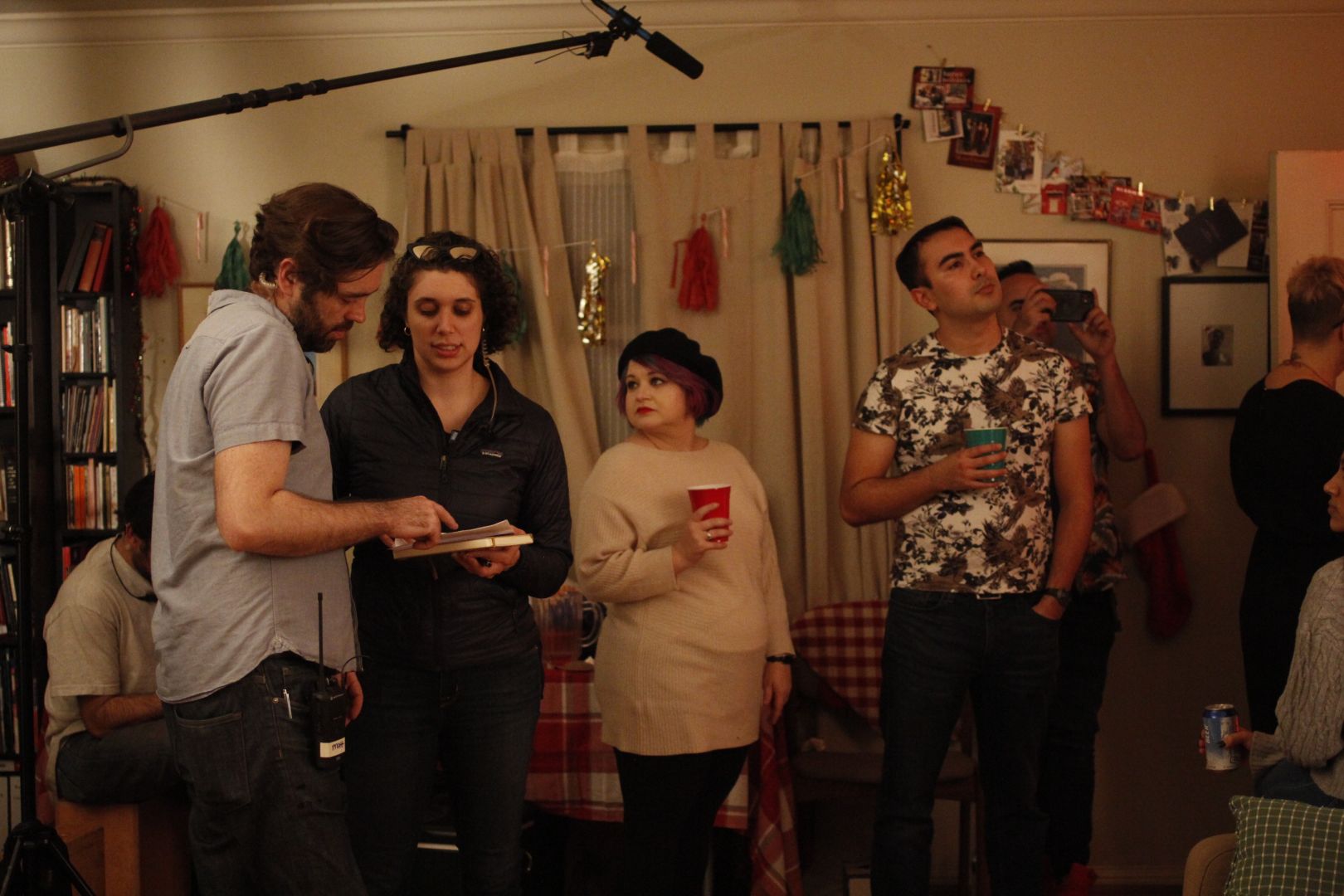