We had the good fortune of connecting with Benjamin Lillibridge and we’ve shared our conversation below.

Hi Benjamin, how has your perspective on work-life balance evolved over time?

Balancing work-life is like standing on a gigantic teeter totter by yourself, running from one end, “work”, to the other end, “life”, trying to keep them both up and make sure neither collides into the ground. When things are stressful, it feels like you’re constantly making drastic dashes from one end to the other. When it’s mellow times, you’re effortlessly in the middle of the teeter-totter, only making tiny adjustments to keep it balanced.

In the beginning of the business, I committed fully & quit my salaried job with just a little bit of savings. With this pressure, the balance was weighed disproportionately on the work side. I gave up a lot of hobbies, extracurricular activities, family trips, relationships, etc. It wasn’t the healthiest time for me personally, but I think it was necessary and ultimately gave a really good foundation for the business to then springboard from. I felt I had essentially cut away the safety net and had a sort of “do or die” mentality, like a free-solo rock climb without ropes.

I moved to the west coast & slept on my friend Leonard’s couch. I traded him an old work laptop for his even older beater truck. We put a cap on the back so I could sleep & store my products securely in it, and then hit the road down the west coast going store to store trying to get meetings with any retailer that would give me a chance. It started off really slow with most people denying me or dodging my meetings but eventually I landed an account, then two, then three and eventually built it to about 50 by the end of the year.

This felt like a decent foundation. I felt more confident in the project and felt I could delegate a little bit, start to pay some friends part-time so I could focus on bigger things, which also gave me time to introduce more personal loves back into my life.

Today, the pressure is less “sink or swim” because we have a little success so the stress comes from wanting to meet expectations & deliver the best customer experience as opposed to early days when it was just try to exist . I try to let myself do more personal things that I enjoy. Yet I always feel a shadow of guilt for having “too much” fun. A piece of me feels like I’m losing a competitive edge or resting on my laurels if I’m not working. Lucky for me, things always end up going awry and I’ll have to put out fires or big projects come up that I have to go heads down running to the “work” end of the teeter totter.

I try to measure “balance” with both a granular day by day perspective, but also zoomed out on weeks, months, or even years. You may have “bad” months or years, long chapters of life weighed one way on the balance scale. However, it can come weighed opposite by the inverse later.  Wherever I’m at on the scale, I try to stay committed & focused. 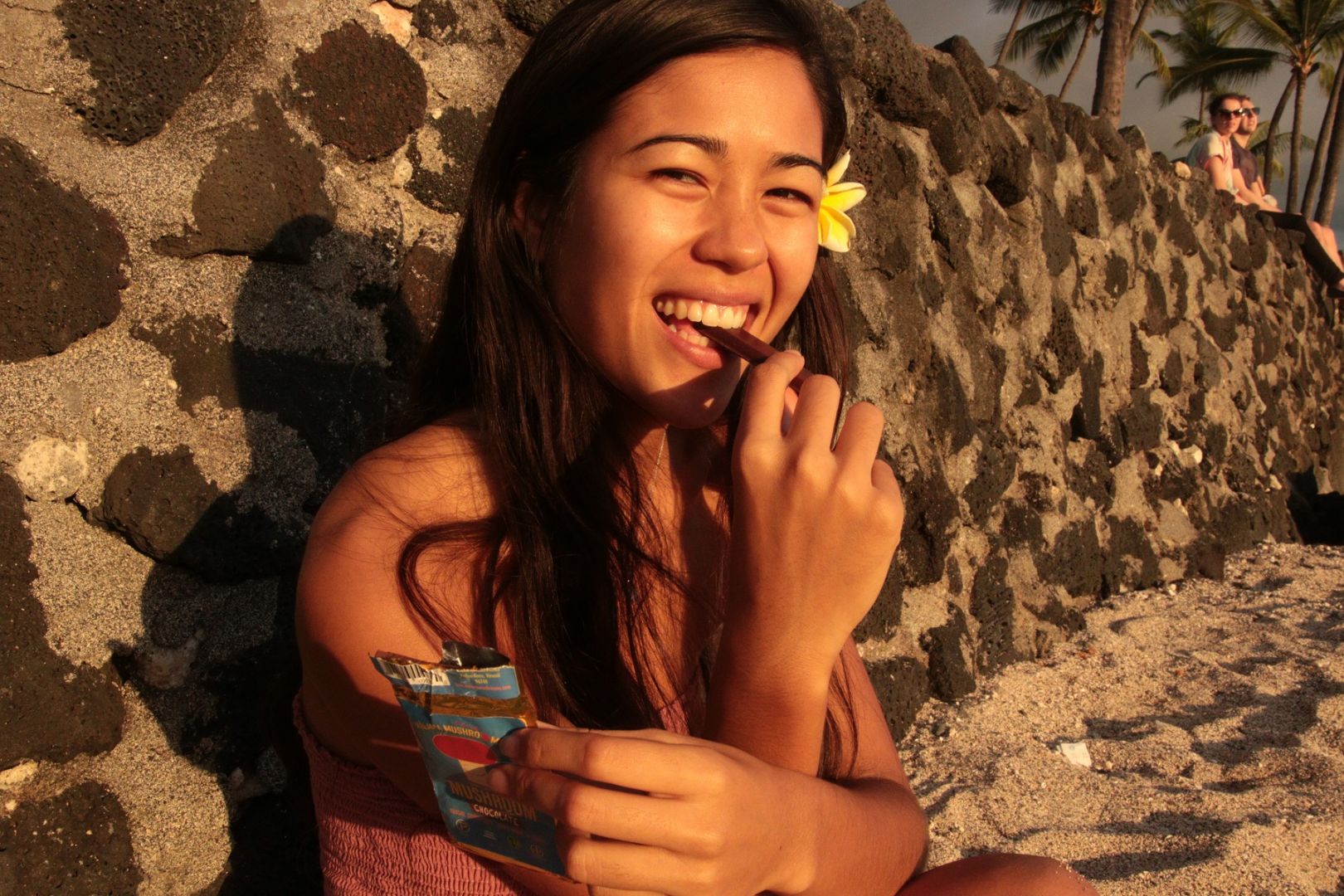 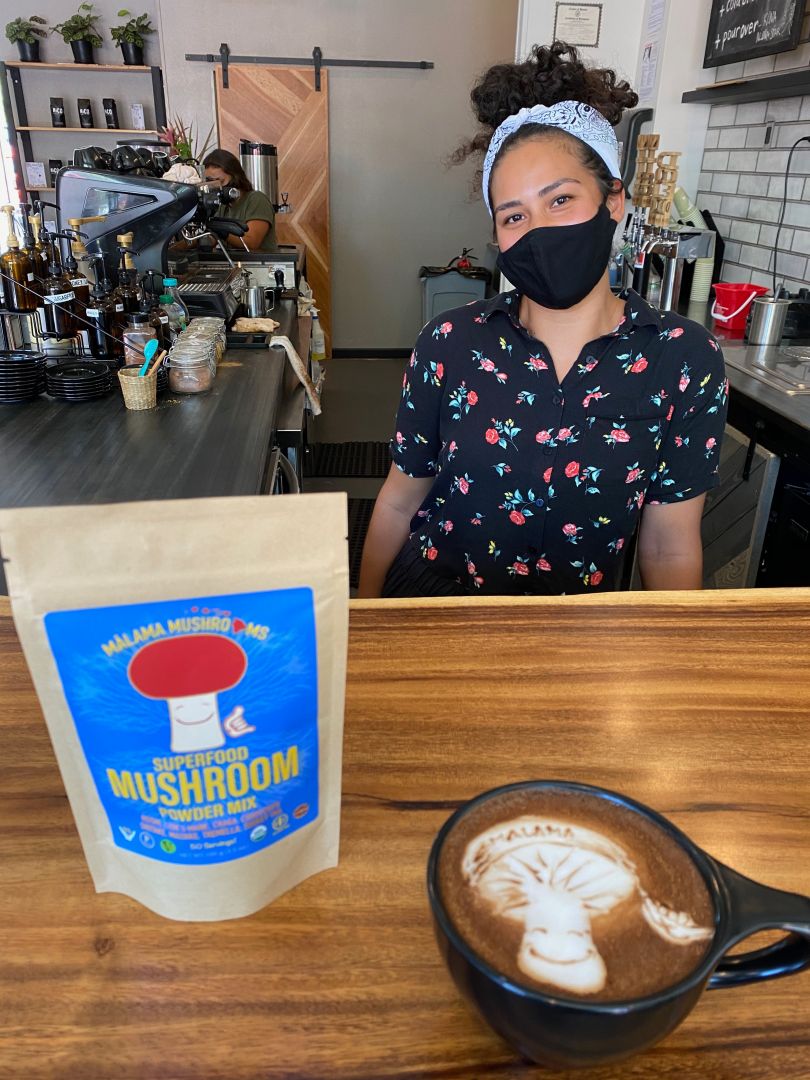 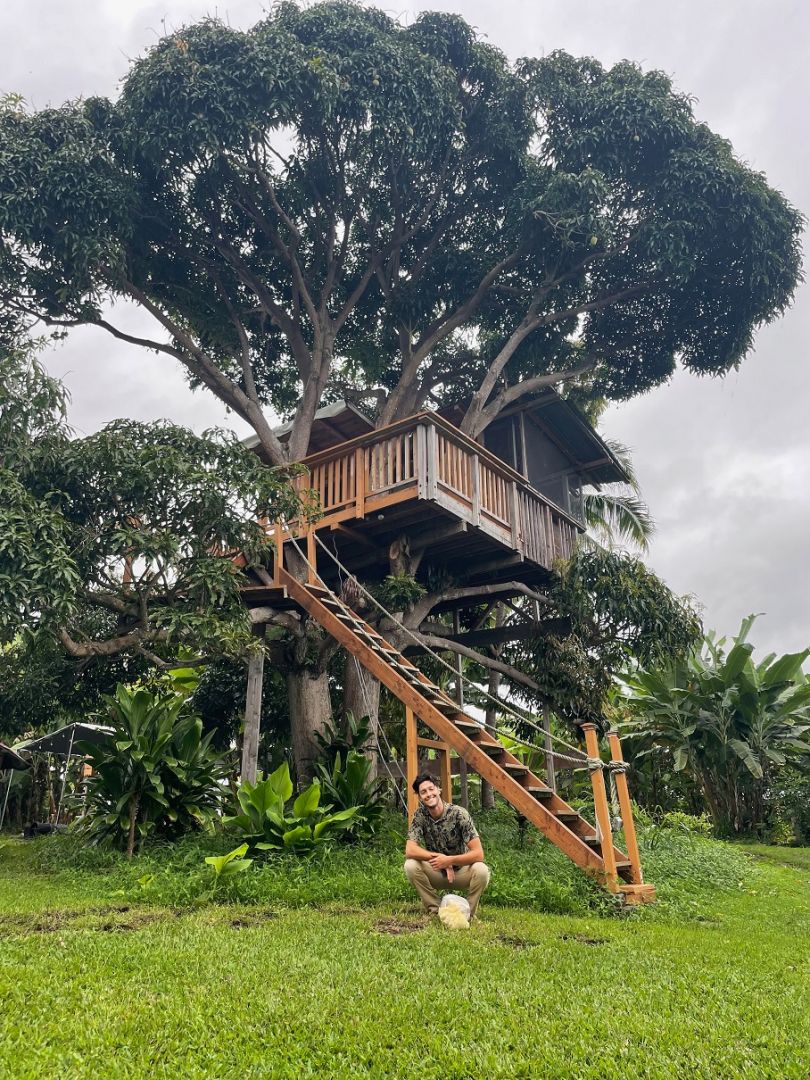 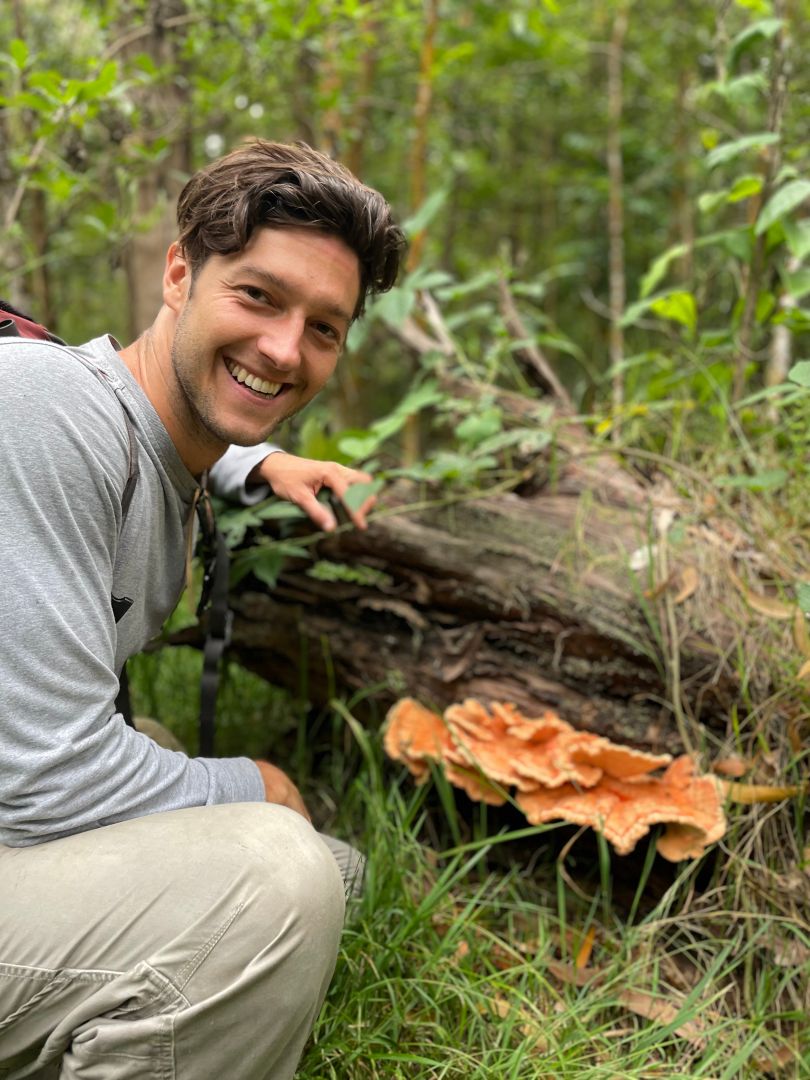 I started Mālama Mushrooms living in a mango-tree house on a farm in Kona, Hawaii. I utilized a lava-tube cave on the farm to fruit the initial mushrooms of my business and sold them to my local community. I attempted to crowdfund my vision and was unsuccessful. This was secretly a relief as I had no real world working experience yet and felt a bit in over my head.

I paused Mālama and over the next few years I sought to work for other companies & start-ups in similar industries. This helped me get amazing experience, make mistakes with someone else’s budget, work with top-notch professional peers & mentors, find my specific skill set, and pursue professional development opportunities I never would have been able to such as tradeshows, workshops, and funding to author & file three patents on my work. After this, I felt confident to resurrect Mālama and really commit.

Without an income, I moved to the west coast where there was more opportunity. I traded my friend a laptop for his barely-working pick-up truck with the cap on the back so I could sleep safely in it with my entire product inventory. I went store-to-store attempting to get my products into as many independent retailers that I could.

That first year had a lot of adventure but was also hard, lonely times as you could imagine living by yourself in a pick-up truck on the west coast. I often see the entrepreneurship archetype associated with sleek Silicon Valley tech. start-ups with big fundraises, a company campus cafeteria, office ping-pong tables & motorized scooters. etc. This is certainly attractive and definitely a reality for some entrepreneurs, but it wasn’t my experience and I’m weary of how accessible it is for everyone.

It’s not an entrepreneur’s job to inspire other entrepreneurs, but I do think it is cool to hear the stories of the grit, the grind, & humble bootstrapped beginnings. I feel this is more realistic for the average person who is interested in pursuing their own endeavor.

A great influence was Kevin Kelly’s article “1,000 True Fans” mentioned by Tim Ferris in his book 4 Hour Work Week. It’s a short read and everyone should consume it. The argument is that whether you’re a painter, musician, photographer, baker, any small business owner, you only really need 1,000 true fans that are willing to support you and buy your product/art/mixtape etc. consistently for you to live comfortably. This motivated me every day. I only had to meet 1,000 people that resonated with my product, brand, & story, get their emails & stay in touch about the project. Assuming your working everyday, that’s less than 3 people a day for an entire year.

First things first, I’m getting LA’s best coffee from Gnarwhal Coffee in Santa Monica on Main St.. Fueled by their horchata arctic cold brew, & mushroom lattes, we will cruise the beach either walking in the sand, pier to pier or, if there are waves, get some wetsuits & boards and get out there! If no waves, we will go down to the OG muscle beach and channel our inner monkeys by slacklining with the local crew at the slackline park.

For those that don’t know, slacklining is a sport similar to tight-rope walking where you attempt to walk on suspended pieces of webbing. As a long-time slacker, this is probably the highlight for me in LA as the dedication & community vibes here are a great place to plug in, get in some healthy exercise on the beach, and chat with some down to earth Angelenos. We will also attempt the rings and try not to embarrass ourselves too much in front of the local pros.

Sunset on the beach is a must, and for dinner, we’re going to El Cochinito (Thank you, Zac!), a little Cuban restaurant on Sunset in Silver Lake and we’re eating EVERYTHING: Ropa vieja, tostones, maduras, papas fritas, yuca frita, etc. Belly’s full, we will waddle down to Magpies to top off the meal with some soft-serve. That night, if it’s clear, it’s always a good idea to cruise up above the city to Griffith Park or Hollywood Bowl to watch the moon float high in the LA sky.

The next morning, provided there has been some rain and it’s the right season, we will go mushroom hunting at a secret spot I have near Topanga. There is a little waterfall nearby and while quaint coming from Hawaii, it is still worth a gander. For dinner, we will go to Korea town to get Columbian / Korean fusion at Escala K-town. If we’re lucky, owner OG Chino will be spinning his eclectic collection of soul, funk, R&B, & hip-hop. 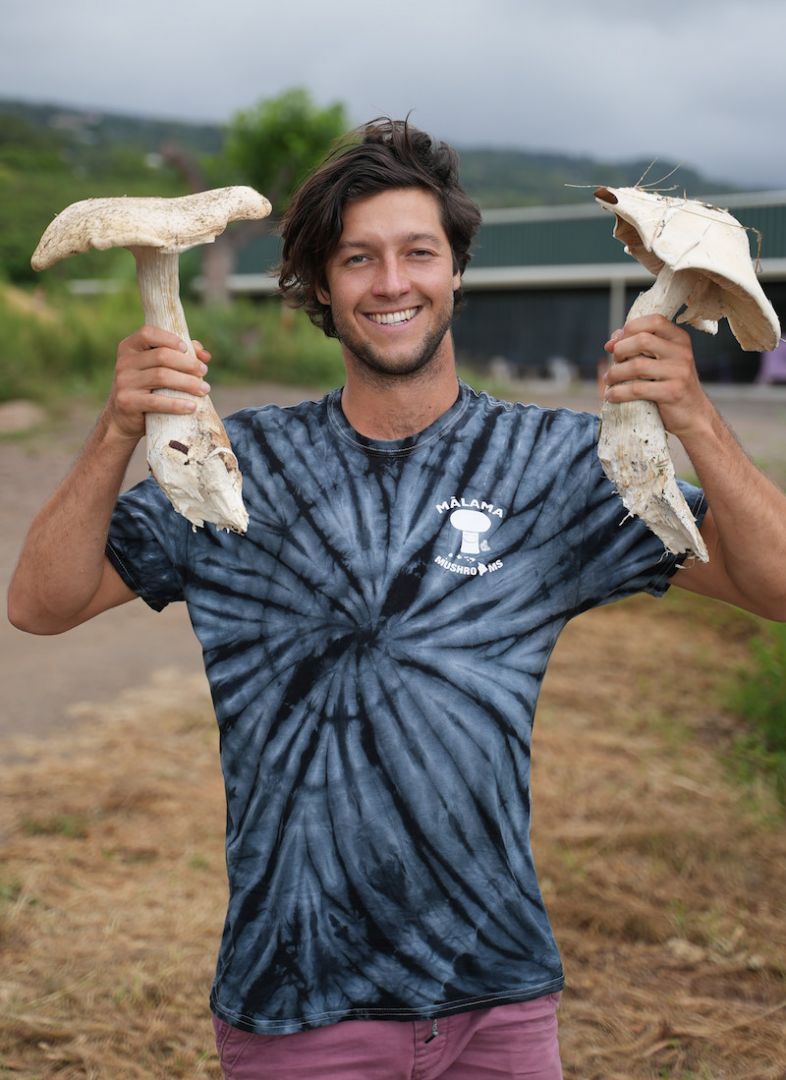 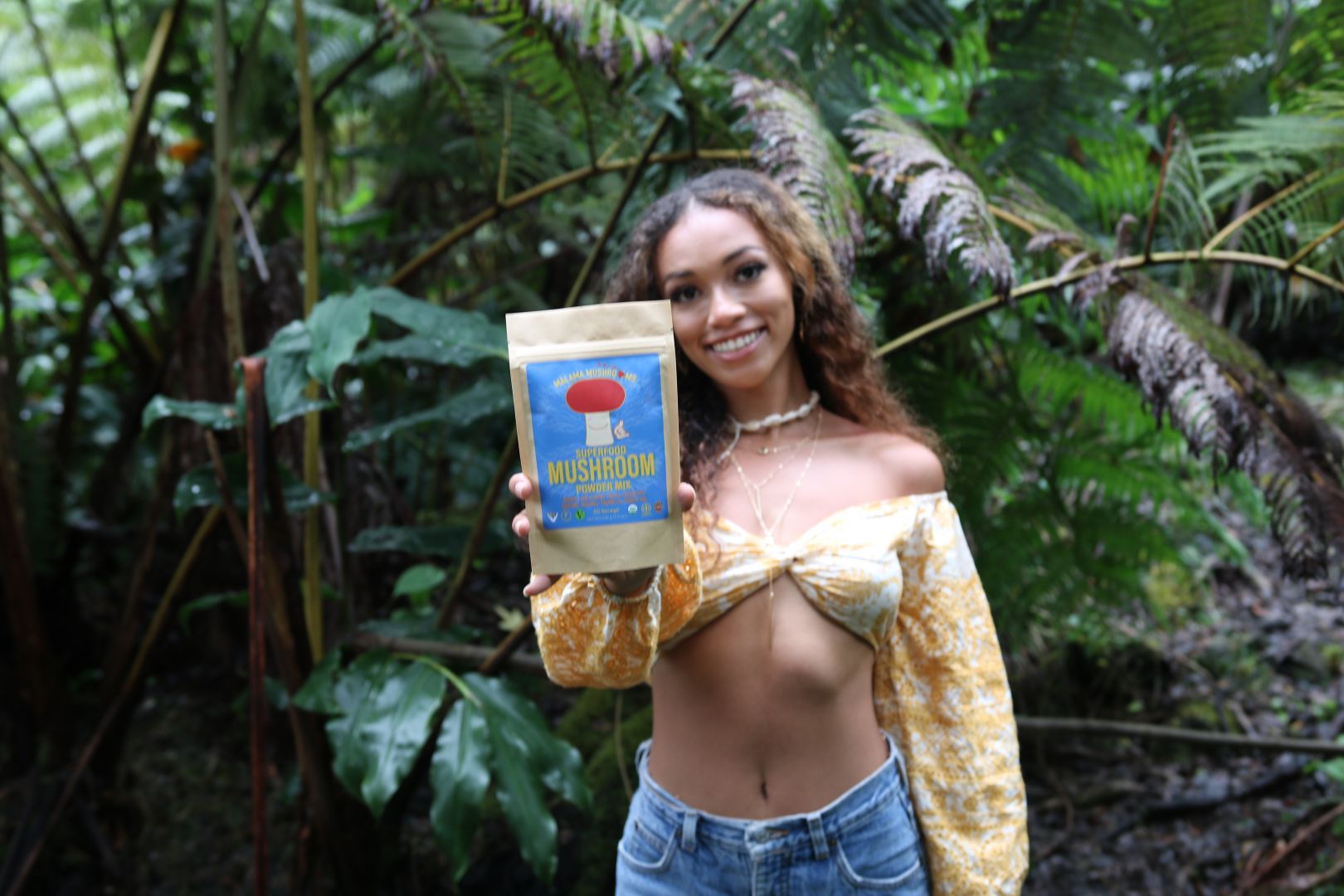 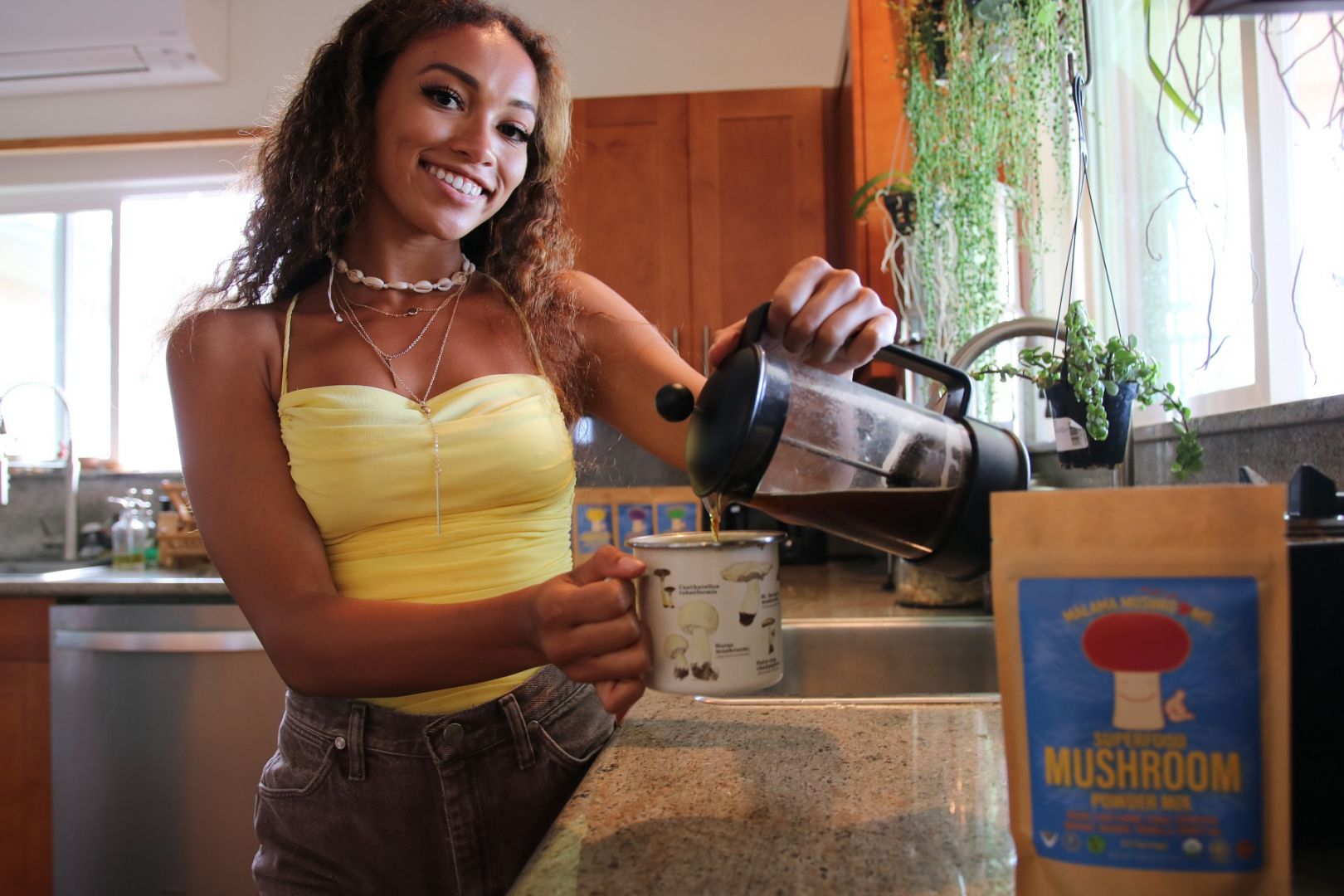 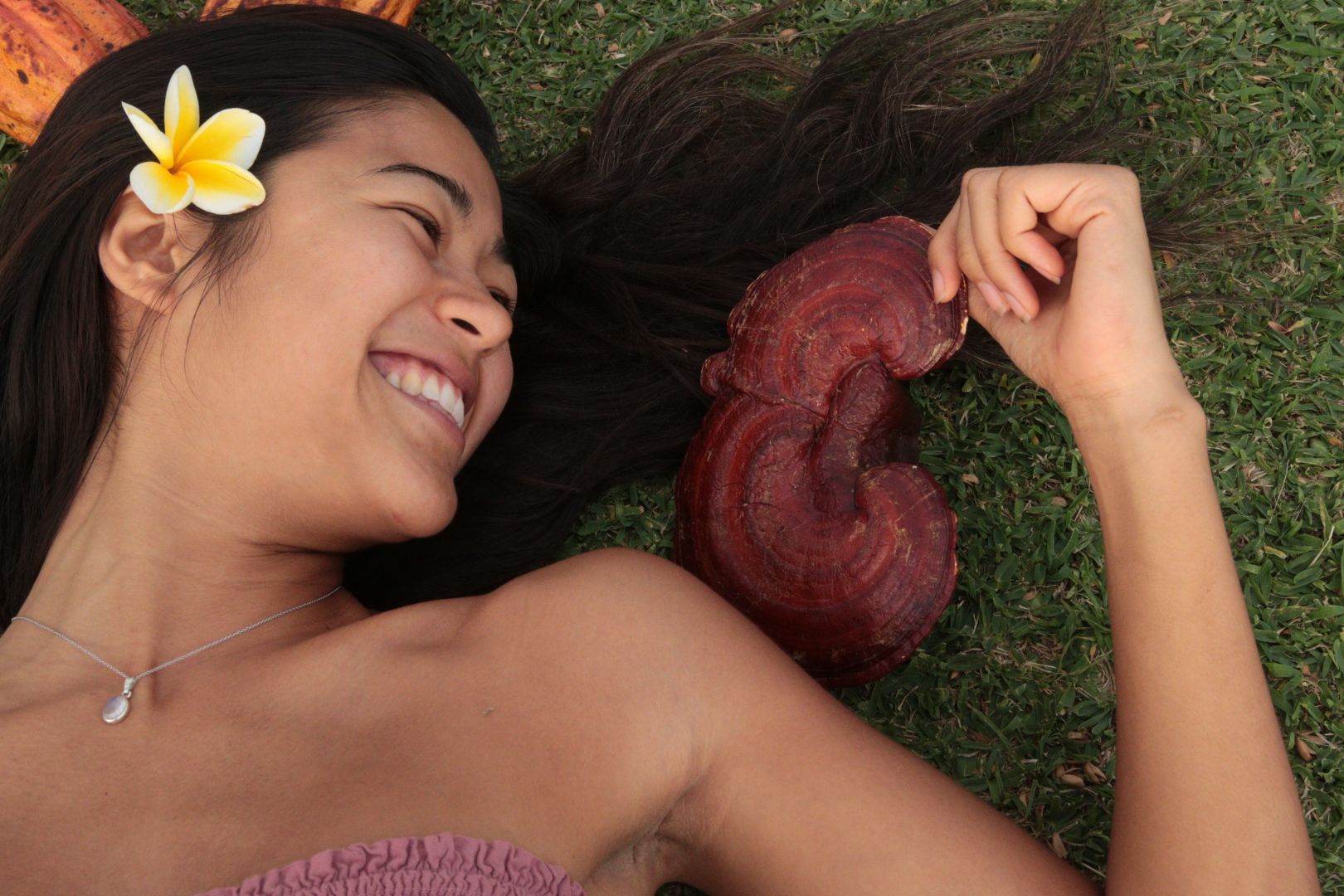 The Shoutout series is all about recognizing that our success and where we are in life is at least somewhat thanks to the efforts, support, mentorship, love and encouragement of others. So is there someone that you want to dedicate your shoutout to?
My family. While I’m a solo bootstrapped founder, my family has been an emotional & mental support lifeline for me. Without them, I would not have had the stamina or grit been able to push through the hard times knowing they’re out there having my back.