We had the good fortune of connecting with Benjamin Robinson and we’ve shared our conversation below.

Hi Benjamin, career-wise, where do you want to be in the end?
This is a tricky question, because for most of my life, the answer has changed every single day. Not too long ago I would have told you I wanted to be a Late Night talk show host. Another few months and I would have said I wanted to be a producer of animated films. Record producer, shoe designer, professional yo-yoer (yo-yoist?), music editor, book store owner, the list goes on and on.

What I have realized recently is that the end goal is freedom and happiness. I know that is a bit cliche, but after spending the last decade chasing about 100 different dreams, I’ve realized that the best way to be at the end of it all is happy and to me happy comes from freedom. Unfortunately, freedom isn’t free. Nor is it cheap. Luckily, I’m at a point in my career where I can be more selective of the projects I work on. I know some people who fill up their schedule to try and amass as much wealth as possible. That isn’t exactly how I’m trying to spend my time. The path I’ve realized that I want to take is to work as much as needed to support the life I want to live and then the other time is going to be spent pursuing some of those other creative passions. I’d rather try writing a novel than make more money to buy a nicer car.

I’ve started to release my own music under the artist name Thumb Bunny (@thumb_bunny on Instagram) which has been such an exciting adventure. If one day, that has the ability to pay some bills, then I’ll let that go into the equation of how much work I take on, but by being more selective of my paying projects, I can spend more time on making my goal of producing music a reality.

I also have a short film that I’m in the very early stages of making. Will anything happen from that? I have no idea. But, to get back to the original question, the end goal for me is being able to say I tried all of these things I wanted to try. There’s a guy that makes custom sneakers who hosts classes (@theshoesurgeon). I absolutely intend to sign up for that at some point in the near future to satisfy my desire to know what that’s like and say “I did it”.

I truly admire the multi-hyphenates in the professional world. Donald Glover, Lin-Manuel Miranda, Roy Choi, Zendaya, Pharrell Williams, Rihanna, Emma Watson and so many more. I love that they got to a point in their career where they could seemingly follow whatever interest hit them at the moment. You want to make an album? Go for it. Open a hotel? Great! Collaborate with a fashion designer? Take your pick. Start a program that helps find a solution to an issue you’re passionate about? Let’s get to work. That is all so exciting to me and certainly the life I’m aspiring to now, while also trying to mix a little work/life balance in there because I am sure it is easy to get lost in it all.

Even if I don’t achieve the heights reached by those people, I hope to live the sort of life where I can explore my old and new interests as the opportunities present themselves. 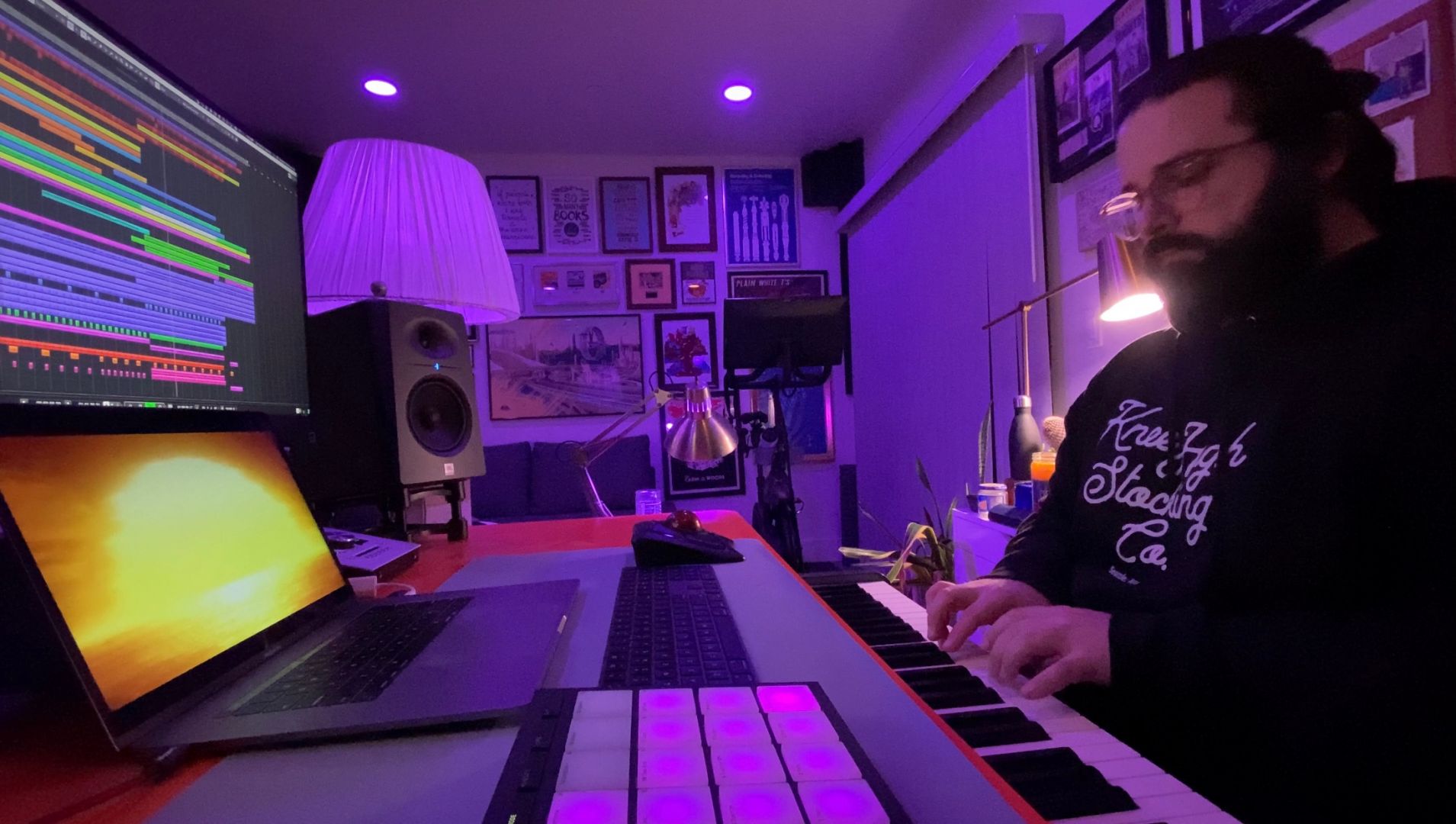 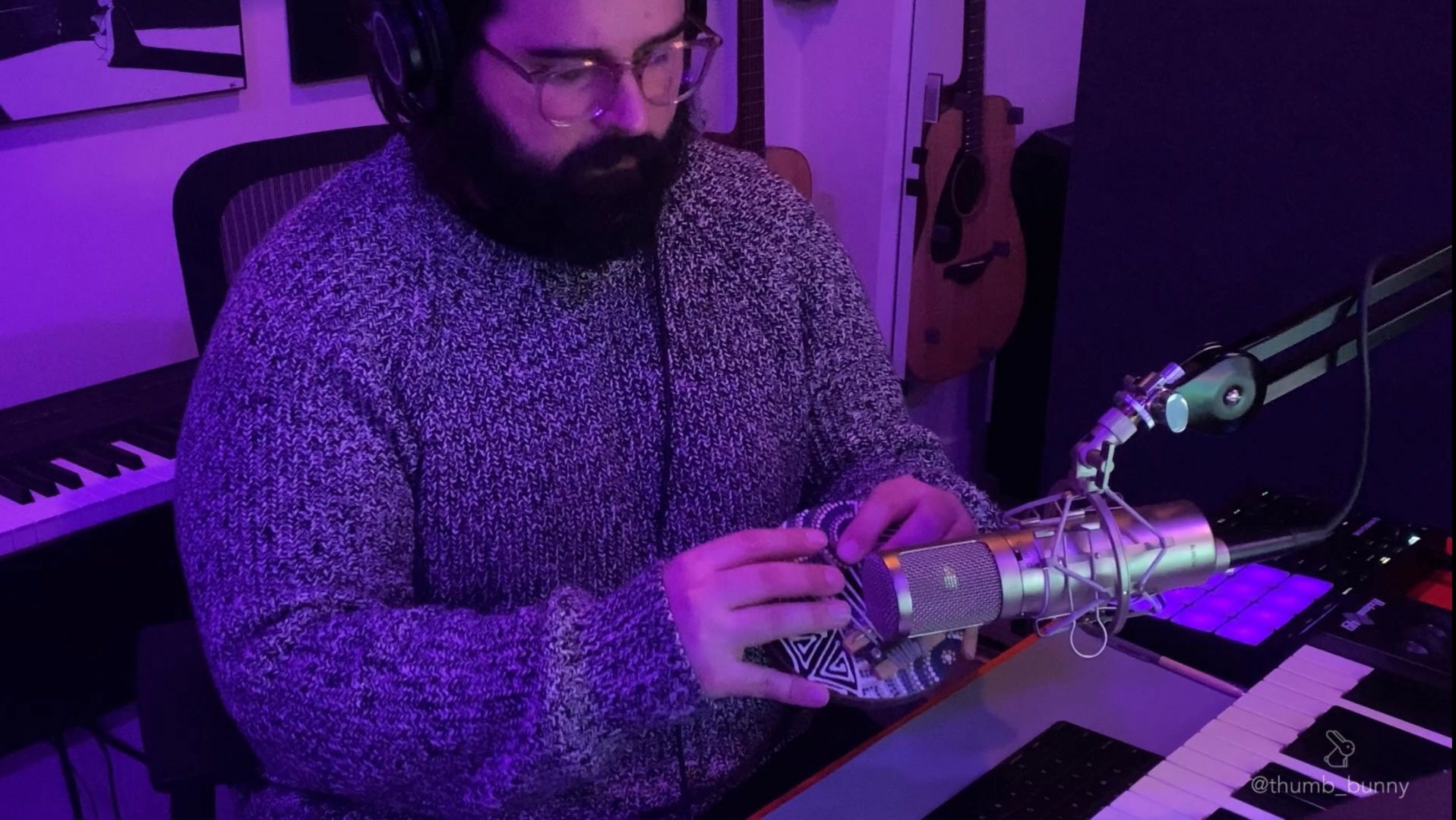 Can you open up a bit about your work and career? We’re big fans and we’d love for our community to learn more about your work.
By day, I’m a music editor which allows me to surround myself with creative people like Composers, Music Supervisors, Showrunners, Directors, etc. My job is to make sure everything stays organized and if needed, to make the creative decisions for pieces of music that need to fit new constraints.

In my own time I produce my own music under the artist name Thumb Bunny. What sets my music apart from others is the same thing that sets everyone apart; it is a creation influenced by my own life experiences, interests, and mindset. It took me a long time to feel comfortable sharing any of my music or even feeling comfortable enough to write it in the first place. The music industry places a lot of importance on fitting into a particular mold. Being able to identify as a specific genre or fitting a standard song structure. Those things didn’t really work for me. Having a love of hip-hop, film music, indie, experimental/electronic, musical theater, the list goes on, made it hard for me to say “I’m [x] type of artist”. It wasn’t until I came across artists such as Bad Snacks (who I often describe as my North Star), Aivi & Surasshu, and Ludwig Göransson that I felt like I was hearing music that was hard to define and being listened to on a wide platform that other people cared about. I went from thinking “who cares about my music” to “who cares, who cares about my music”. If I care, then that’s all that matters. As small as it sounds, what I’m most proud of is that I’m doing it. I’m sure there’s a lot of people who have had similar situations: I was watching my friends thrive and succeed writing music and I thought, “well, that’s because they’re incredibly talented and amazing”. I’m glad I finally got over the hurdle to realize, “hey, I can do this too”.

If you had a friend visiting you, what are some of the local spots you’d want to take them around to?
Lucky for me, my best friend lives five minutes away so he’s already familiar with the area. Let’s say I was trying to plan the most incredible week ever (pre-COVID) here’s quick list of the things we’d be doing:

Two of the most “LA” things I think you can do is go see a movie at Cinespia in the Hollywood Forever Cemetery, and go to the John Williams concert at the Hollywood Bowl. These would be absolute requirements to the perfect LA week.

As for food we’d definitely have to hit Commonwealth in Burbank (the mussels are to die for), Cofax for a breakfast burrito, ramen at Tsujita, pizza and pasta at Jon & Vinny’s, ice cream from any of the Salt & Straw locations. We’d need to find wherever the Kogi truck is and sample their best dishes. Definitely pick up some Sidecar Donuts.

Probably get drinks at Melrose Umbrella Company or The Hudson in West Hollywood. Back in the day I would have taken them to The Central Social Aid and Pleasure Club in Santa Monica (R.I.P.). If they’re up for it, we could get dressed up and go to The Edison.

Definitely take a stroll around Huntington Gardens. Head to Will Rogers State Beach. Visit the city’s incredible bookstores (Chevalier’s, Skylight, The Last Bookstore, Illiad, Book Soup, Eso Won). Visit LACMA or The Broad. See a show at The Pantages or Ahmanson Theatre. Hopefully see someone like Joshua Radin or Ruston Kelly play at the Troubadour. One of my favorite things to do is buy a day pass for the Metro and ride around. Walk around Little Tokyo and then Old Town Pasadena.

I’m sure there’s a ton I’m forgetting, but it has been so long since I’ve gone out in the world. 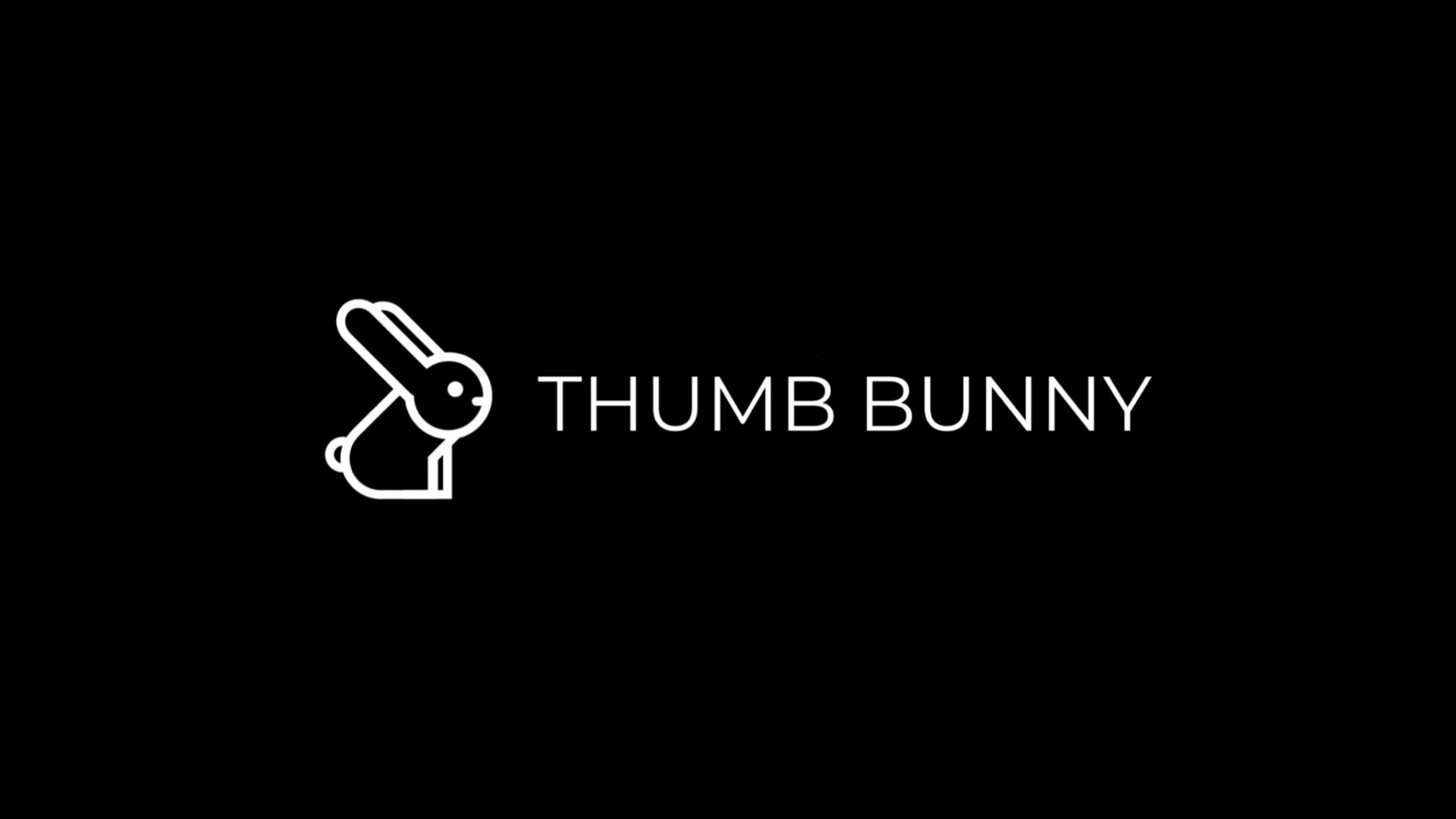 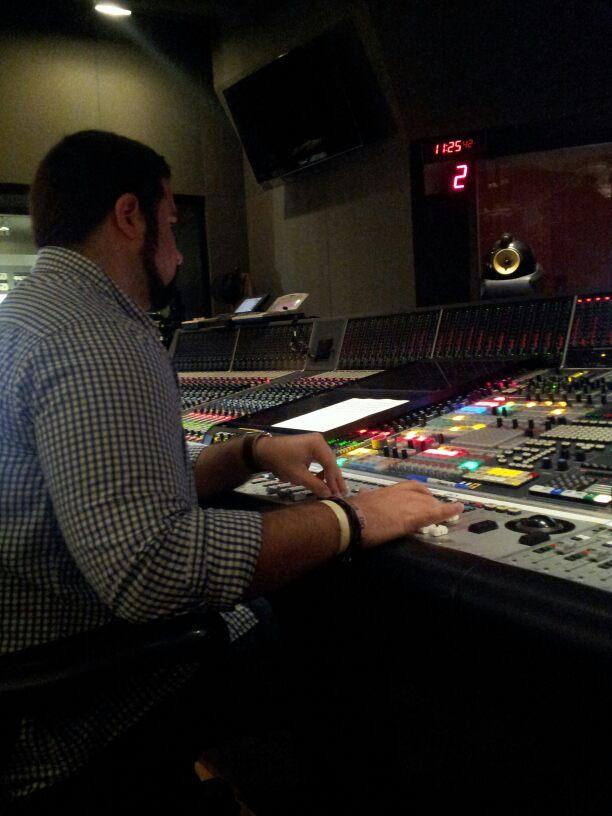 Who else deserves some credit and recognition?
I would love to give credit to every teacher I ever had. Not just within the school system, but in life. My parents were my first teachers and have continued to teach me well into adulthood. They always encouraged my passions and helped me find ways to explore them. I was really luck that in my time at school I always had really great teachers. Any time a kid showed an interest in something beyond the standard curriculum, they did what they could to help fan that flame. Once I started working, I’ve had really great bosses who helped me grow at every stage. One of my first jobs was at a restaurant called Cherrys. My manager, Dave Hanson, is arguably the person who really set me off on the path I’m on now. We had a conversation about risk and I remember him inspiring me to take those risks and make the mistakes and do the scary thing which is what I believe sparked the next step in pursuing a career in film music. Once I got to California, the team around me at Remote Control Productions were great about somehow pushing me into the fire, while also being patient enough to answer my questions and help smooth the transition from college student to working professional. The same goes for my time at Disney Animation. Lastly, if we’re giving credit to books, I just have to say that “The Phantom Tollbooth” by Norton Juster is probably the most impactful book in my life and I still pick it up about once a year. I keep multiple copies on hand for any friend that hasn’t read it yet. I definitely think there are some wisdom gems in there that anyone can benefit from.

Image Credits
Photos all by me