We had the good fortune of connecting with BEVERLEE and we’ve shared our conversation below.

Hi BEVERLEE, how do you think about risk?
I do seek stability, but I think any success involves evolution. I am a Cancer Zodiac, which I say not to be woo woo LA, but to just make the comparison of the crab symbol. A crab builds a shell home, and is loyal to that place, but when that shell no longer serves, the crab will crack its own shell and move elsewhere. But the unknown can be really scary!!! So when people ask me, “how could you stay married so long knowing you might be gay?” or “why did it take you so long to release music again yourself?” the answer is: I was really afraid of what was on the other side, and worried if I would be safe to come out of my shell and make myself another home that fit. I believe in change but not reactively; yes risk involves “gut,” but it also involves introspection, to ask yourself the hard question “what do I want and need?” Even if you don’t know, if you know that the answer isn’t happening where you are, it is an indication to move on. I spent a lot of my life favoring comfort over the fear of the unknown or confusing loyalty for love, and they’re so incredibly different. 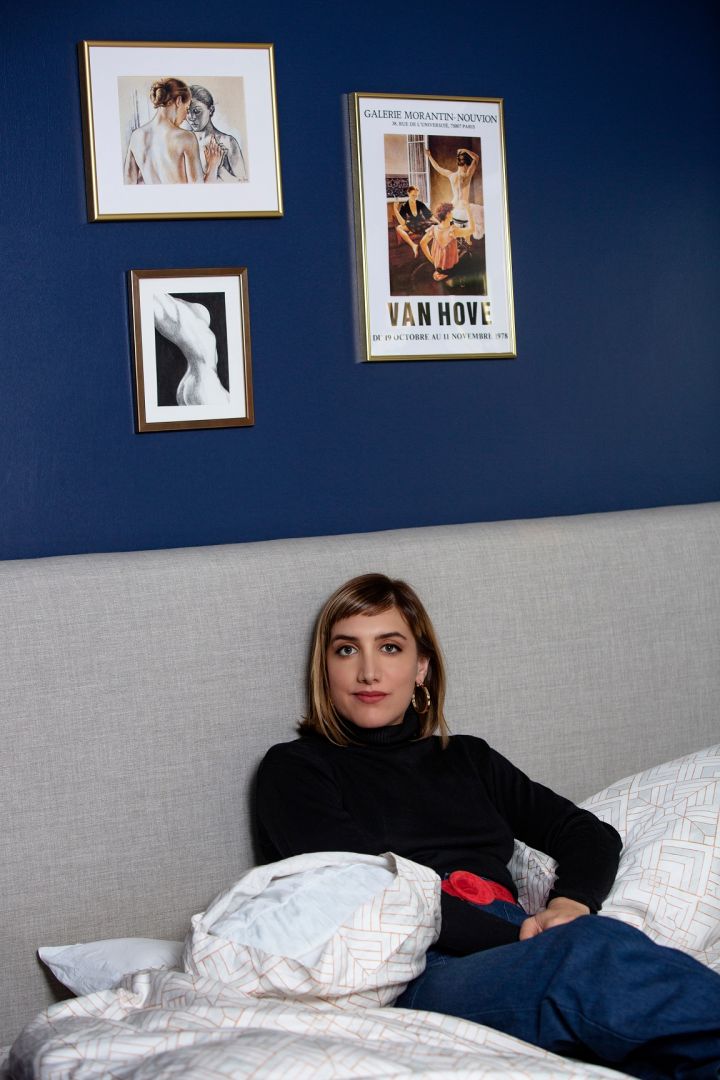 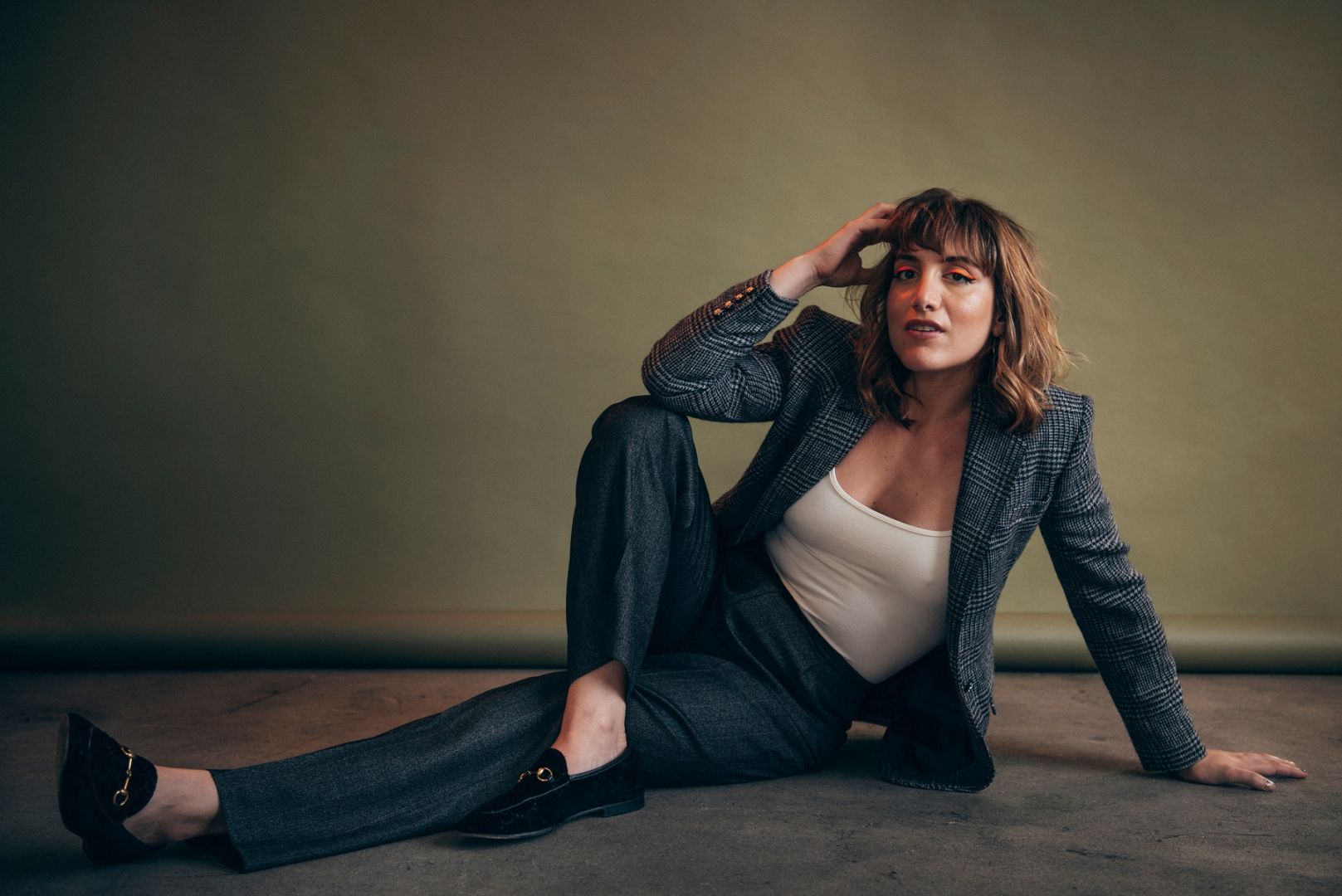 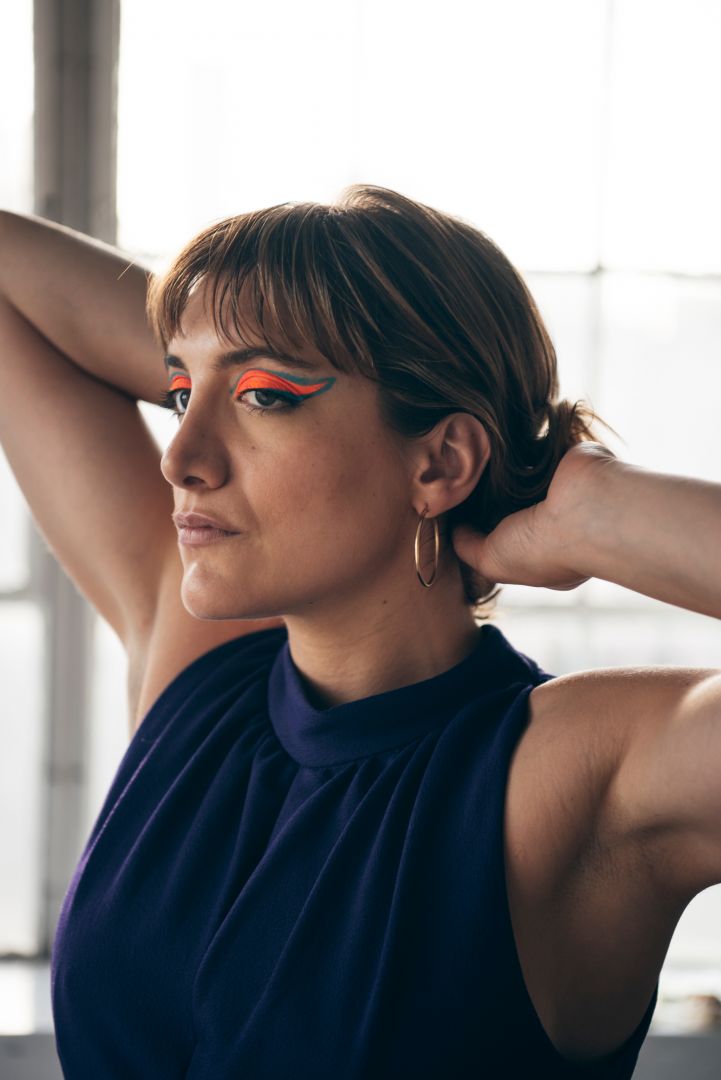 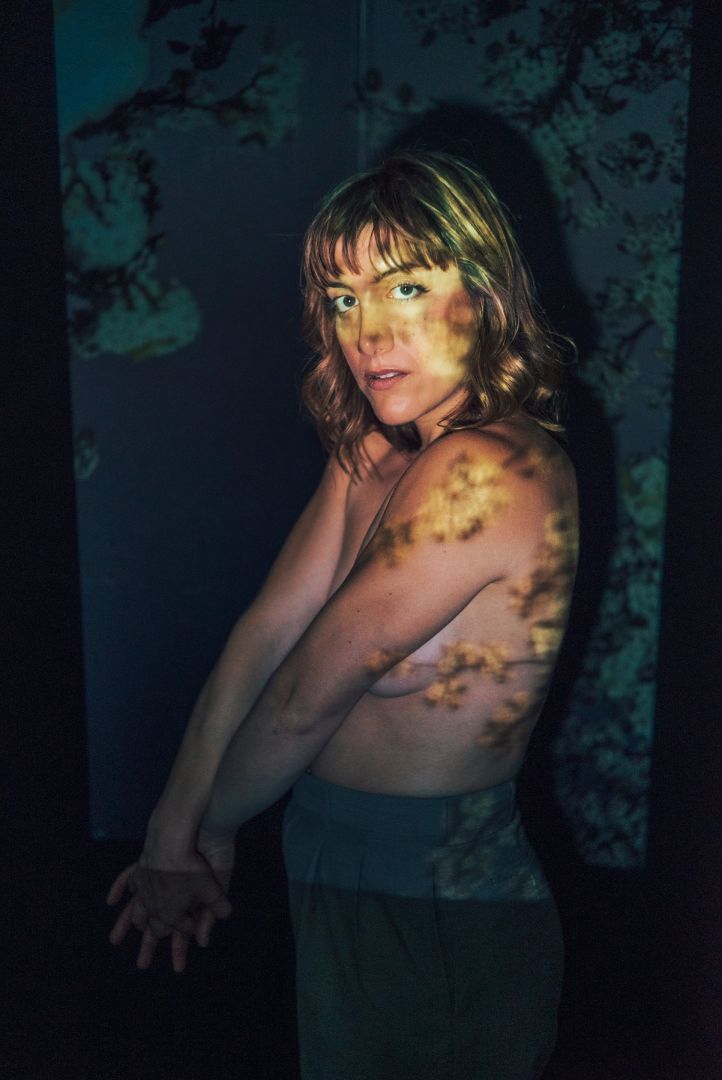 Alright, so let’s move onto what keeps you busy professionally?
I started BEVERLEE when I came out and moved to the west coast. I moved here following ghostwriting a hit dance song, but my own music was more experimental and rooted conceptually in the loss and rebirth of self that comes with sexual awakening and identity. I named the project BEVERLEE, after my cousin who was a fine artist and murdered by her Hell’s Angels boyfriend in 1970. The album Purple Violin is a celebration of unheard voices and honors those whose desires live on the outskirts of what is deemed culturally acceptable.

In making my album, I struggled a lot with the why make art and who cares, and ultimately came to the answer that I write songs for the joy of expression. I’m interested only in depth and substance, and I think that’s also what’s made me exist outside of the pop space and those writing rooms which often favor status and superficiality. I grew up idolizing nerds like Weezer and Fiona Apple, who weren’t particularly popular in high school, nor cared. They were not after recognition but meaning, and I find that way cooler. But it’s hard to not seek validation, especially in a world of social media which values the flashier aesthetic. I’m over here with my weird art pop videos, and it’s more satisfying and authentic for me to share these stories than it is to awkwardly compete in a “cool hot girl” pop space. I adore my tribe of collaborator friends, who like me, are intensely nostalgic, off kilter, dreamy, and desirous — we want so much, and fear we are too much — and we share in that goal to make things that reflect our culture and times. I’m so thankful to my creative community, particularly Director Raechel Zarzynski and actor/dancer/ASL interpreter Caroline Blaike, who have been involved in many of my videos, and are so validating to me.

If you had a friend visiting you, what are some of the local spots you’d want to take them around to?
Without a doubt, I would take my best friend to Jumbo’s to see my homie Caroline Blaike (who also stars in 6X, White Piano, and Logic Is Lost) dance. We’d probably hit up Kismet or Tabula Rosa beforehand, or if we were feeling fancy, Loupiette Kitchen. If only to see the owner, a French woman, who is the most stylish and elegant person you could dream up. Possibly on the same night, we could do a night cap at the Dresden and see Marty and Elaine sing some jazz tunes like it was Woodstock ’69 all over again. I’m based in Atwater Village, so we’d likely take a river walk or bicycle ride at some point, and hit up Salazar or Spoke along the path. On the main strip, we’d get breakfast tacos one day at Tacos Villa Corona. A beach day is a “must,” especially for east coasters, so we’d need to go to Point Dume or El Matador in Malibu for the show stopping effect. 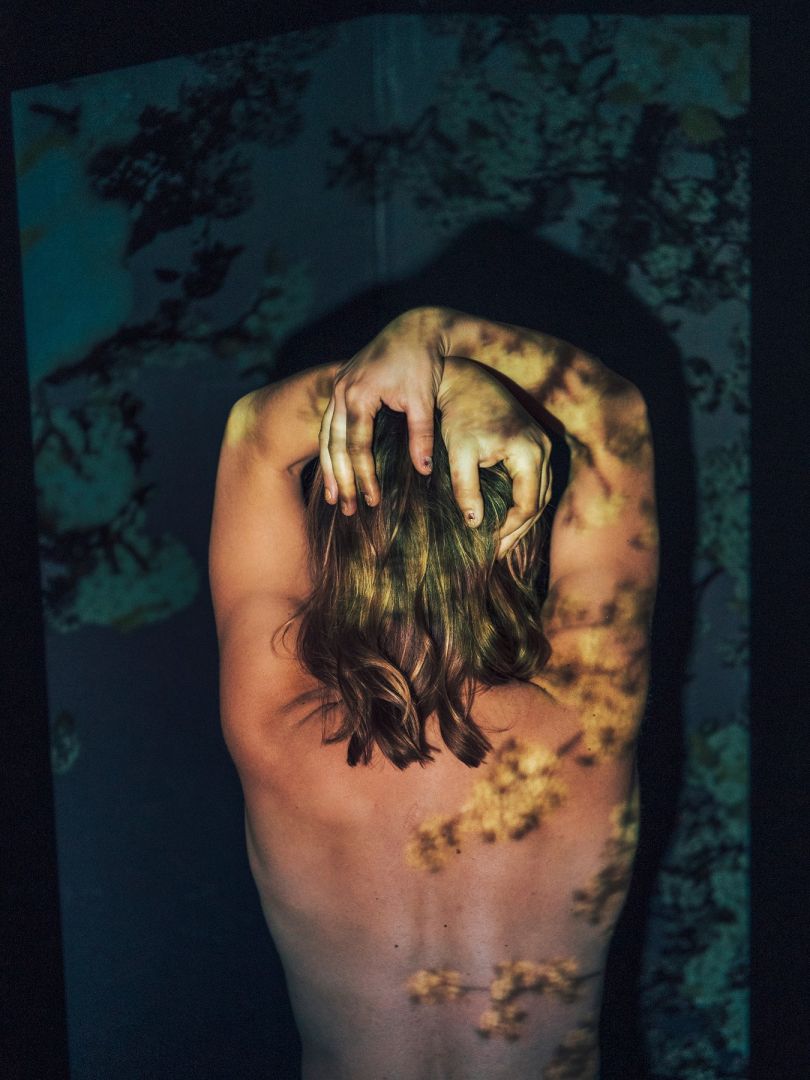 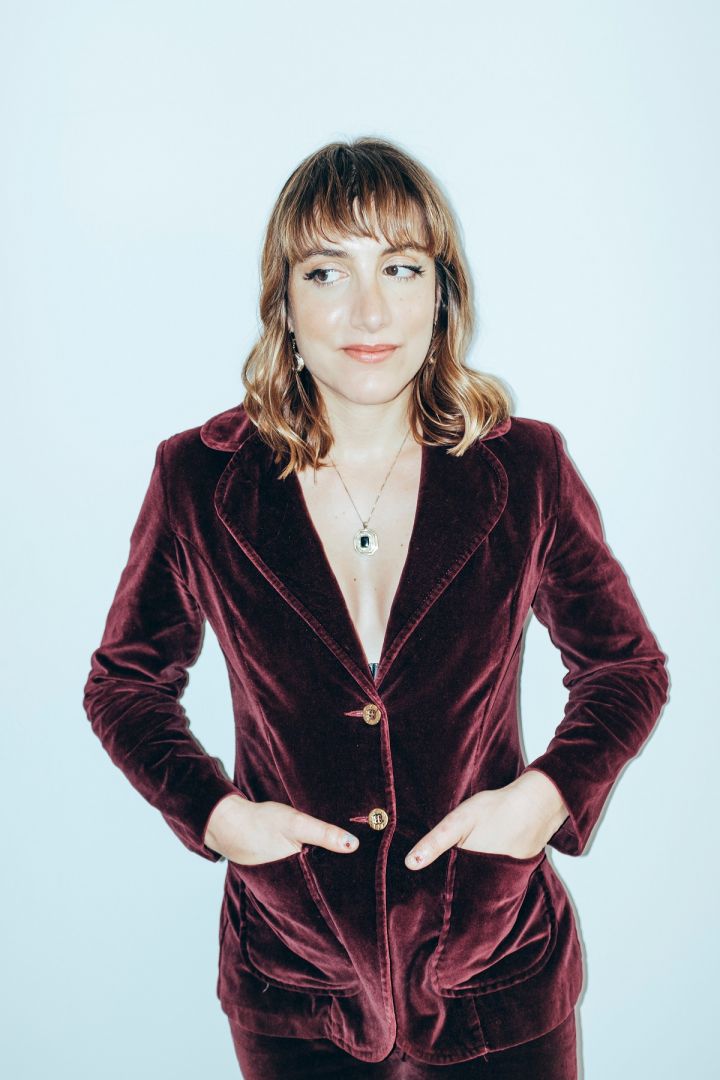 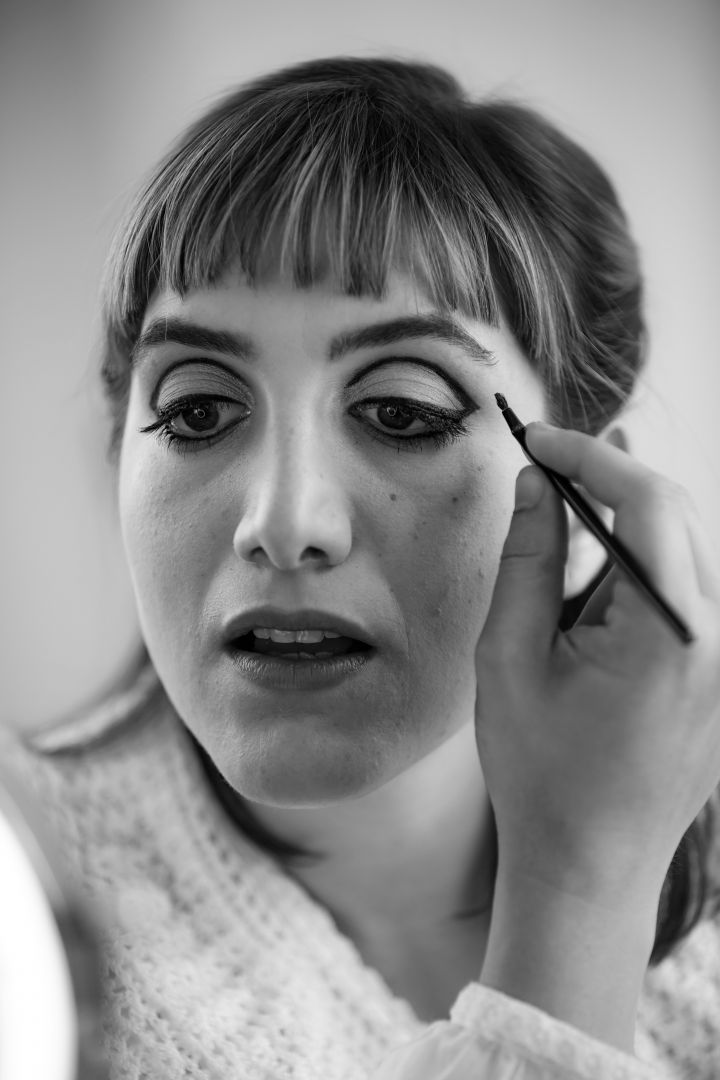 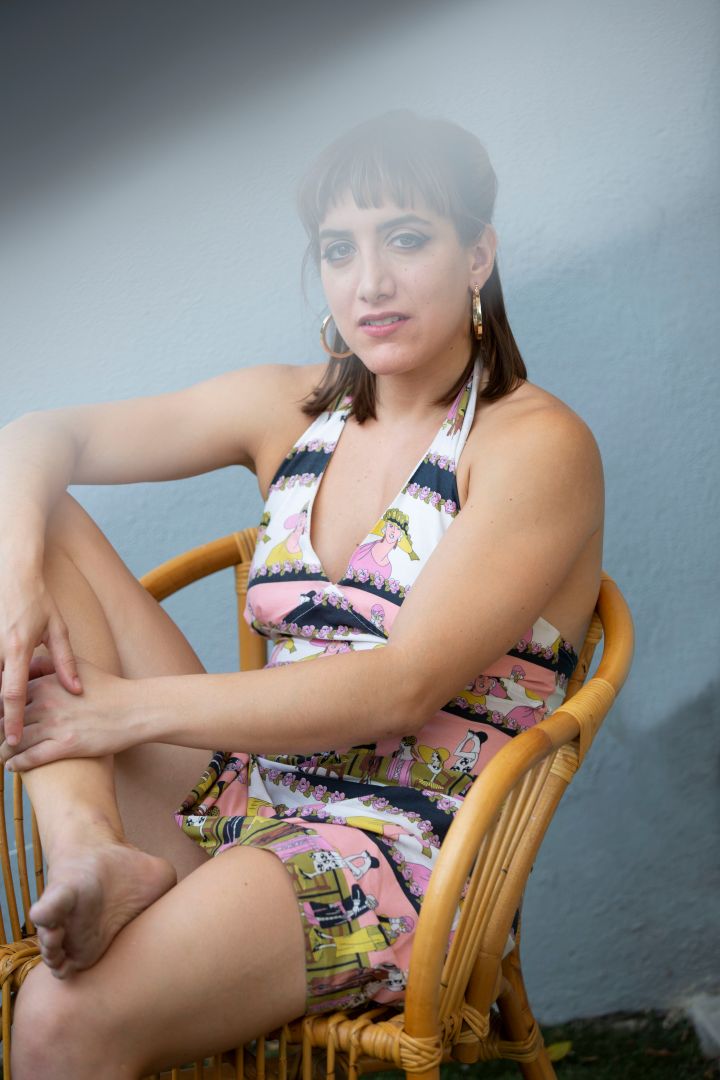 Shoutout is all about shouting out others who you feel deserve additional recognition and exposure. Who would you like to shoutout?
I wouldn’t be here without Shea Diamond, with whom I co-wrote “American Pie.” When I met her, I was living in New York, and struggling with hiding my queer identity. She is a Black trans artist who has gone through a lot to be who she is, and is unapologetically fully living her truth. I realized that I was also doing my own hiding, and she helped me feel safe at a time when I really needed that. It takes a lot of courage and bravery to come out, and now that I’ve done that, it feels like anything else that comes my way I can handle with power and grace.