We had the good fortune of connecting with Blessing Oluwole and we’ve shared our conversation below.

Hi Blessing, why did you decide to pursue a creative path?
I have always been an artistic person. I grew up playing drum, from there, I got a little Into music production, and then once I got into college, I started acting, It’s probably the only thing that makes proper sense to me; the arts. So when it came down to a decision I had to make between a career that was more STEM related versus a career that was more artistic related… well I had to do what made sense to me. Fortunately, it seems like I made the right choice. I certainly have my days but making art through whatever way I choose to, keeps me inspired, with a renewed vigor for life. 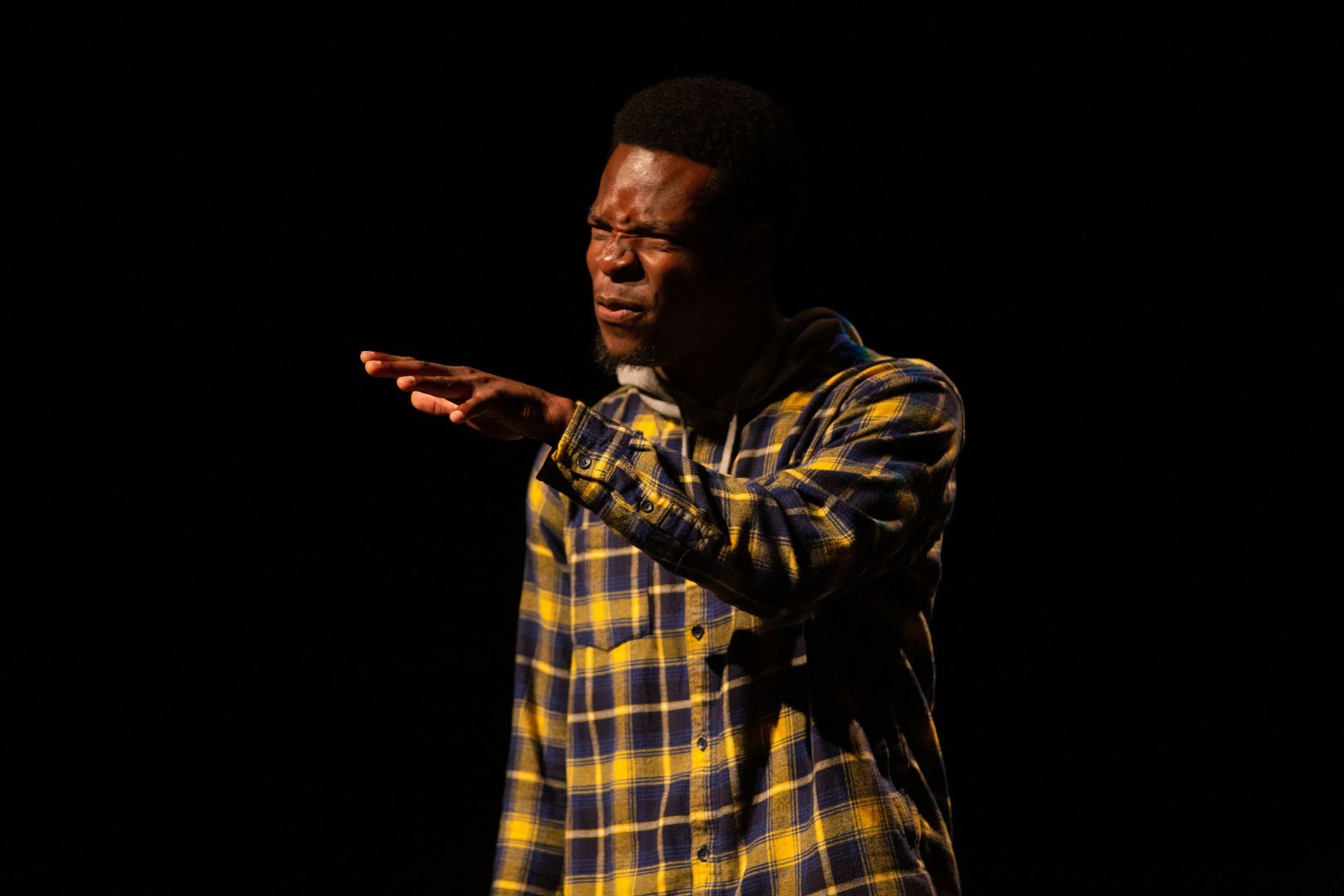 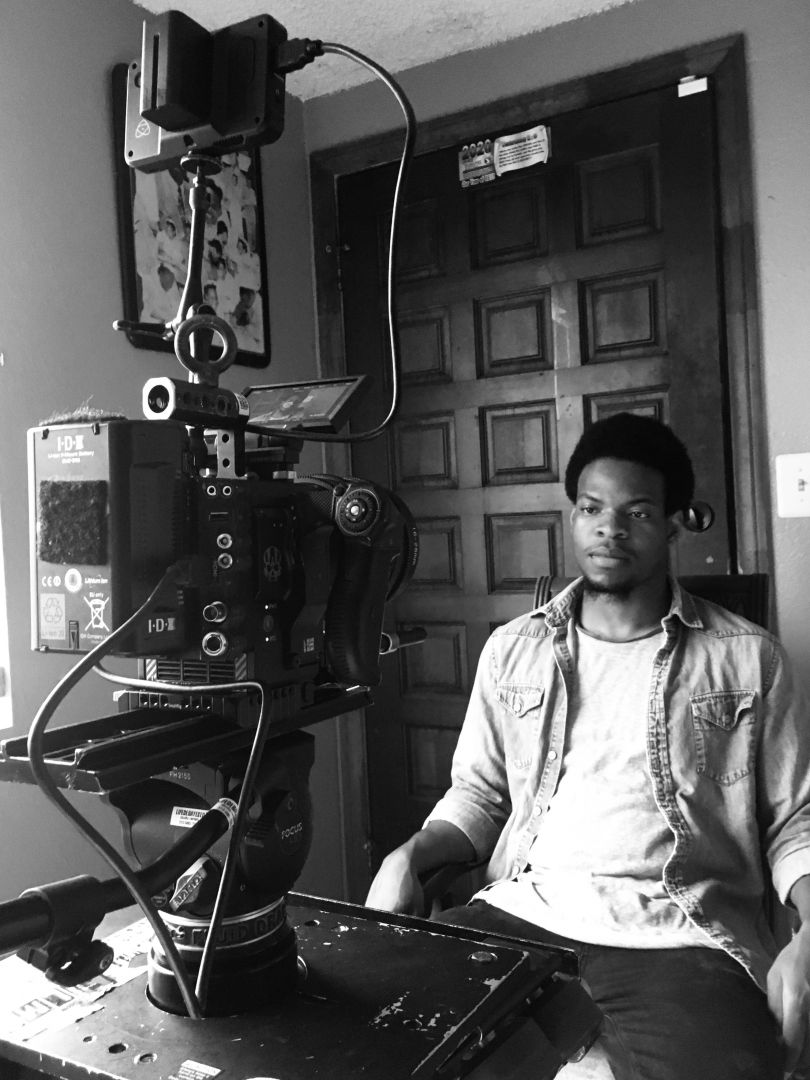 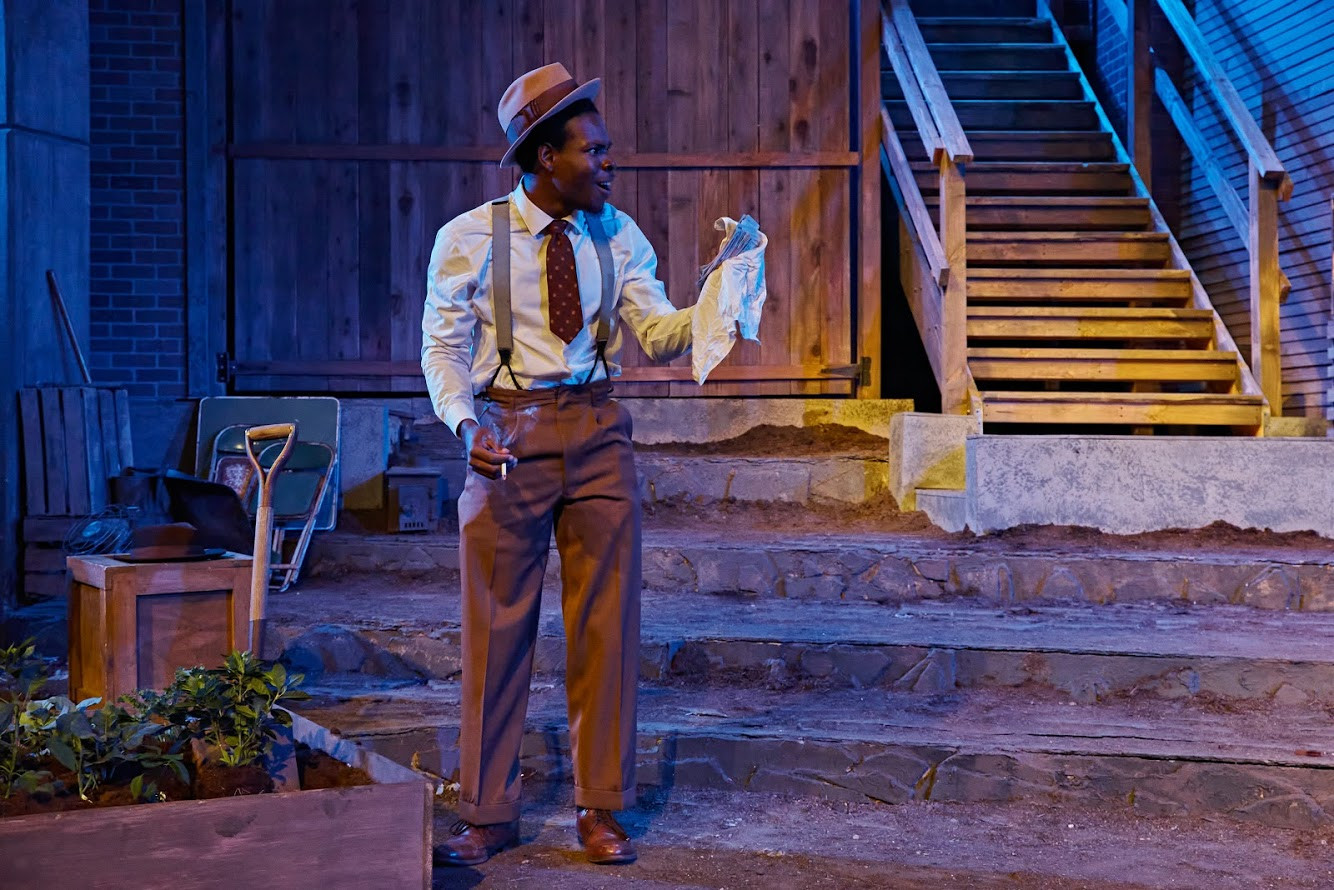 Alright, so let’s move onto what keeps you busy professionally?
I’m a lot of things, but for right now I’m my current state of life, I’m an actor. I didn’t know I would be one, though I thought about it as a kid, and I didn’t know I would love it the way I do. It was something I thought I would try out in college. I wasn’t a theatre kid, and when I had thought about acting, it was for film and TV, never for stage. But then I got cast in my first play, then another, then another, and I got to be different people, and I got to live out these stories and on the stage, I realized the truth one has to have in order to be an affective story teller.

Then I went into a mindless haze of living and working on the craft. A play here, a musical there, some Shakespeare here, start commercial acting classes But then I was living life as well, going to concerts and being in my relationship, and hanging with my friends. all sudden, I find myself entering a competition. A competition in which I didn’t initially understand the weight of how much it could change my life. Then I win this competition and suddenly I’m thrusted into this industry that I thought it would take me much longer to break into.

None of this was easy, while it hasn’t taken as long as it might have for some other people in the business, it’s still years in the making. If something were to set me aside, it’s my passion I guess. I have a love for humanity and that’s why I grind so much for roles I portray. I overcame, expectations from both myself and others. I had to look at myself and tackle self doubt. And I still do those things now. But I have support and love and combined with the motivation to be as good as possible, I think I do pretty well for myself.

I want the world to know, that there’s versatility to blackness and I and I want to be apart of the people who show that to them.

Let’s say your best friend was visiting the area and you wanted to show them the best time ever. Where would you take them? Give us a little itinerary – say it was a week long trip, where would you eat, drink, visit, hang out, etc.
I’m from Inglewood and generally stay in the South LA and Southbay areas. So if a friend is visiting me, there are a lot of places within those areas but we also get the benefit of not being too distant from other LA hotspots as well.

For food, there’s a place called The Pan in Gardena, nice breakfast and lunch options. Also in Gardena Moon BBQ, and PhoSo1, which are Korean and Vietnamese respectively. Get some Boba from Oko Cafe. Or head down to Inglewood, get some soul food from Dulan’s or some of the best ribs from Woody’s BBQ also from Inglewood. Maybe some Indian from Al Noor’s in Lawndale. Yeah, we’d go all over the map.

I’m not a drinker so I wouldn’t know any spots for that, but as for places to visit, well beaches are a no brainer. Want a bonfire; Docweiler Beach. Want an legendary beach experience; Santa Monica Pier. Hermosa, Redondo and Manhattan Beach are just nice place to walk. I love heading to downtown LA, either driving or walking through the various districts. We can be mad touristy and do the Hollywood thing; walk the boulevard and take pictures.

Being a city boy, I just love the city, so we’d honestly do a lot of walking and talking. That’s generally the vibe I go for. 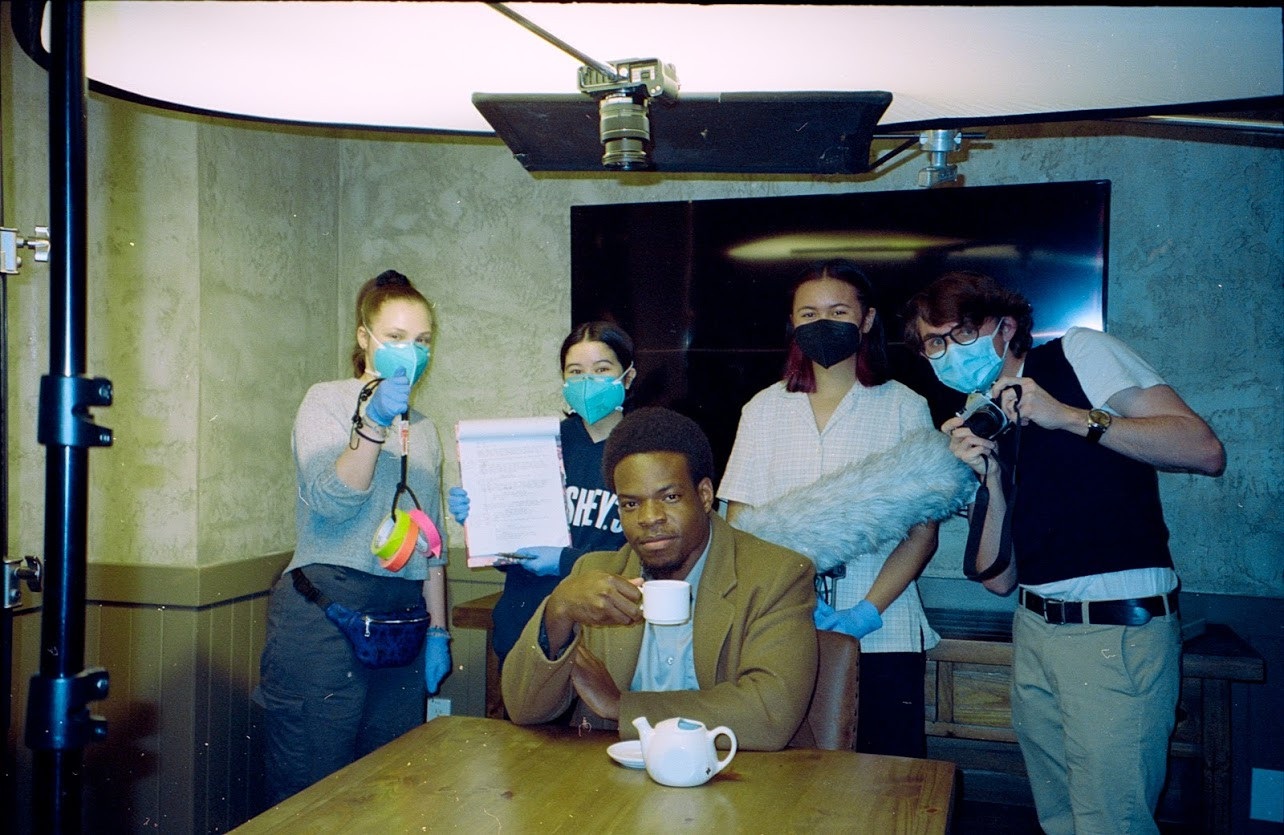 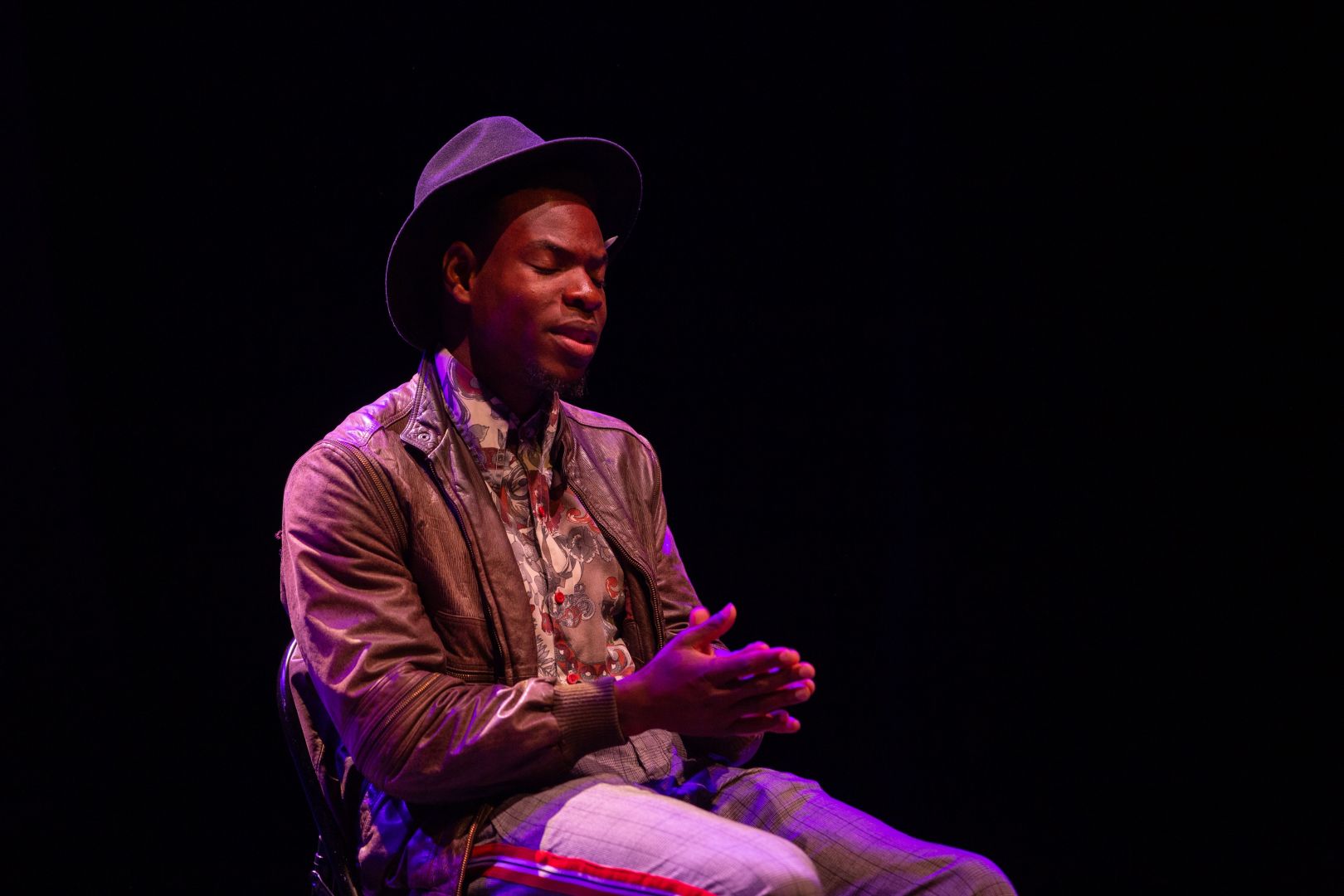 Shoutout is all about shouting out others who you feel deserve additional recognition and exposure. Who would you like to shoutout?
I’d like to Shout Out my community college. It’s crazy because I hadn’t intended to go to a community college. I got accepted into some pretty high profile colleges out of high school, but you know.. money. Still, going to El Camino College, meeting my acting professors such as Ron Scarlata, and constantly moving towards story telling started at that school. Maybe, I would’ve gotten the bug somewhere else, but that’s not my story. El Camino, really gave me peers and friends and talent I respect and felt honored to work with but also the push to get better myself. When I was younger, I certainly wouldn’t have given a junior college much thought but I’m forever grateful to have gone that route than what I initially thought I wanted.