We had the good fortune of connecting with Brother JD and we’ve shared our conversation below.

Hi Brother JD, we’d love to hear more about how you thought about starting your own business?
My thought process was very simple. One day, I wrote down on a piece of paper everything I like to do, and then I formed a business around that. I knew that I liked to build custom cars, bikes and trucks. I also knew that I like to play that Fender Bass, write music and produce edgy videos. Last, I wanted my business to be for the common good in some way or another, basically work for that Big Spirit in the sky. I decided to call it “El Rey’s Garage”. A shop and production studio where I could create all of the cool things in my head, whether they be mechanical, musical, or a production of any other form of media I could get my hands on. I drew out the inspired logo I had visualized and I went from there. 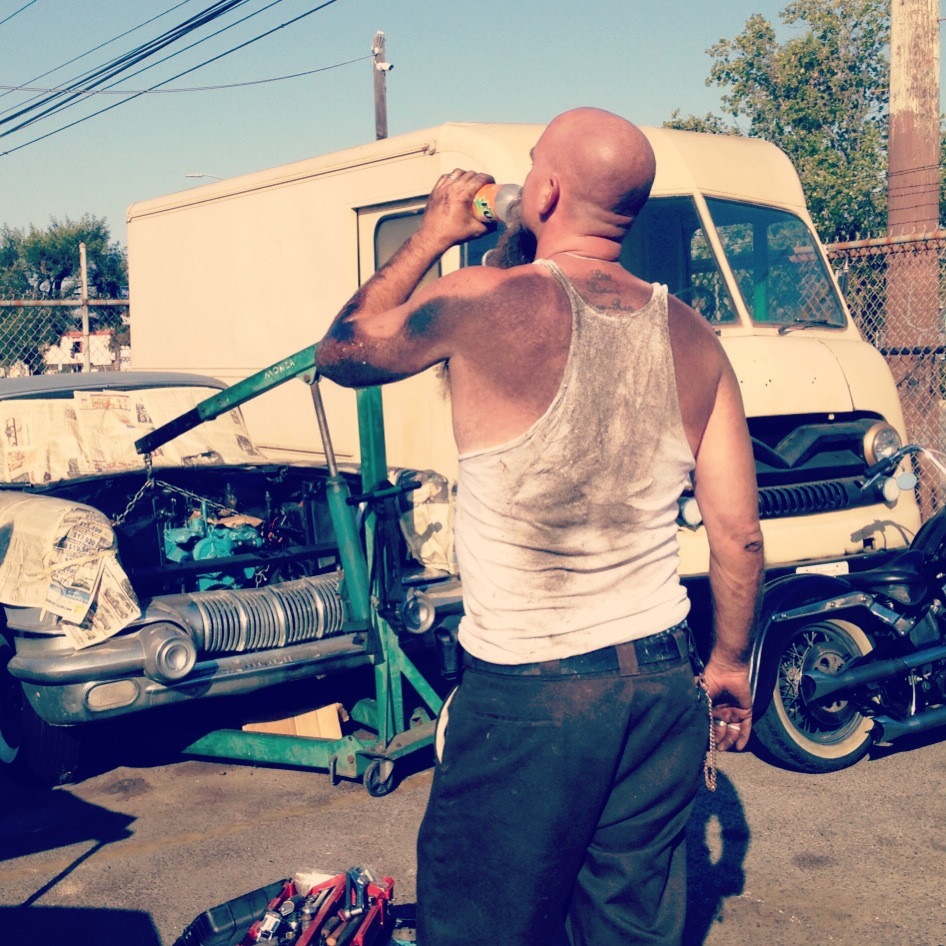 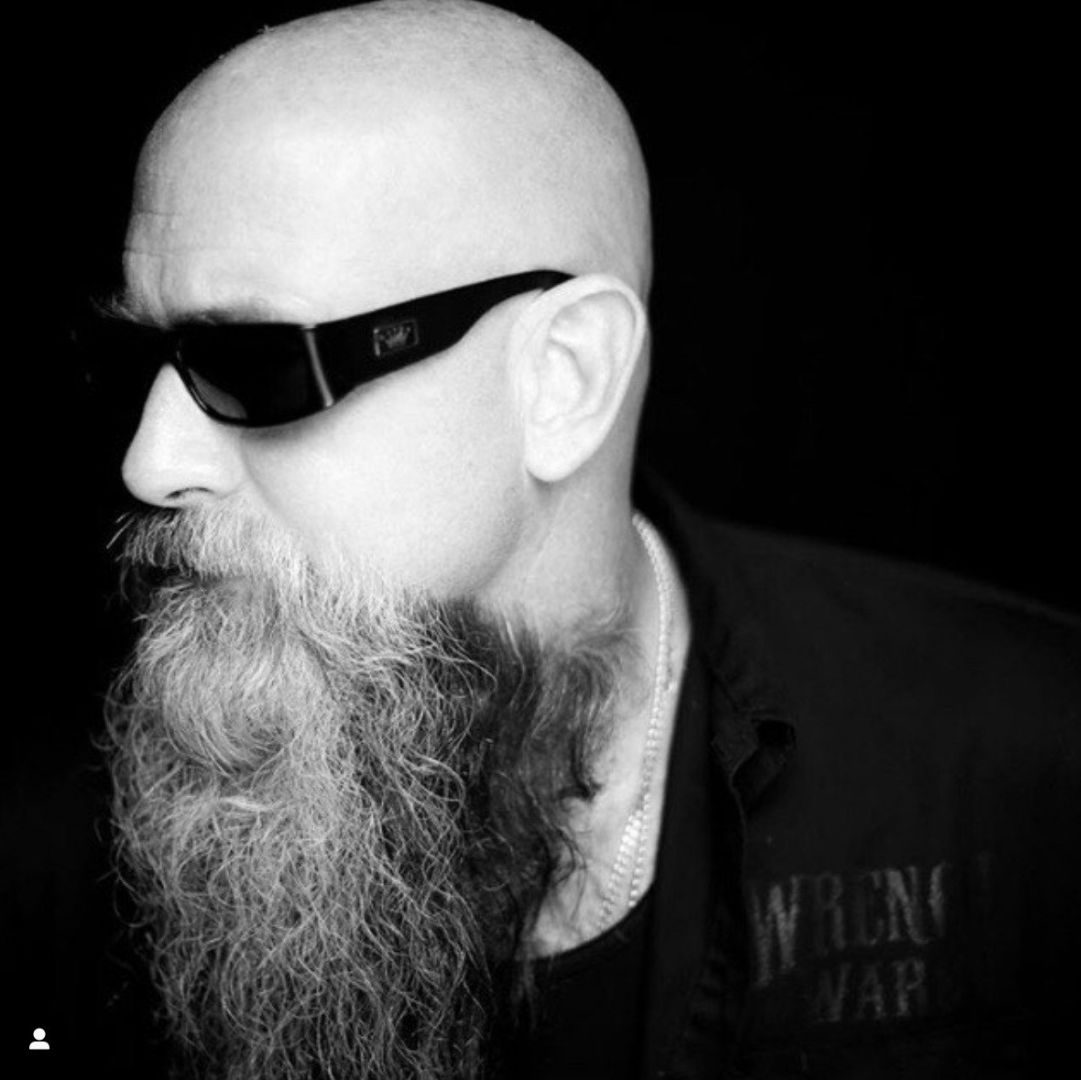 Can you open up a bit about your work and career? We’re big fans and we’d love for our community to learn more about your work.
My art is basically an expression of my soul. It comes out in songs, bass lines, videos, cars, trucks and bikes. It comes out sonically, visually or sometimes both. What sets me apart is that I like things fairly raw, unpolished and even a bit dangerous if possible. I believe that is where the excitement is. I’m most proud of creating, producing, and starring in my own television show, now up for it’s 4th season. The show is called WRENCH WARS and airs nationally on MAVTV and currently on AMAZON PRIME and PlutoTV. That show is all about the backyard builder, the everyday Joe that actually built his/her own ride. In the end, the contenders on the show are given money for their chosen charities. Again, all about the good. I even wrote and played bass on all of the music in the episodes. I’m most proud of that series because of how hard it is to get yourself a TV show, not only made, but aired on a network. Not only that, realizing how hard it is to even get a part on a TV show and to also have my music in there is pretty dang incredible. I would not say it was easy, but I will say if you put your mind to it and keep pushing forward, amazing things can happen. I learned to stick to the vision, and keep pumpin’!! In the end, I’d want the world to know that everything I’ve created  has a ton of thought behind it and should make you feel like … “Hey man, THAT was cool”. And, that Brother JD…He’s a good guy. 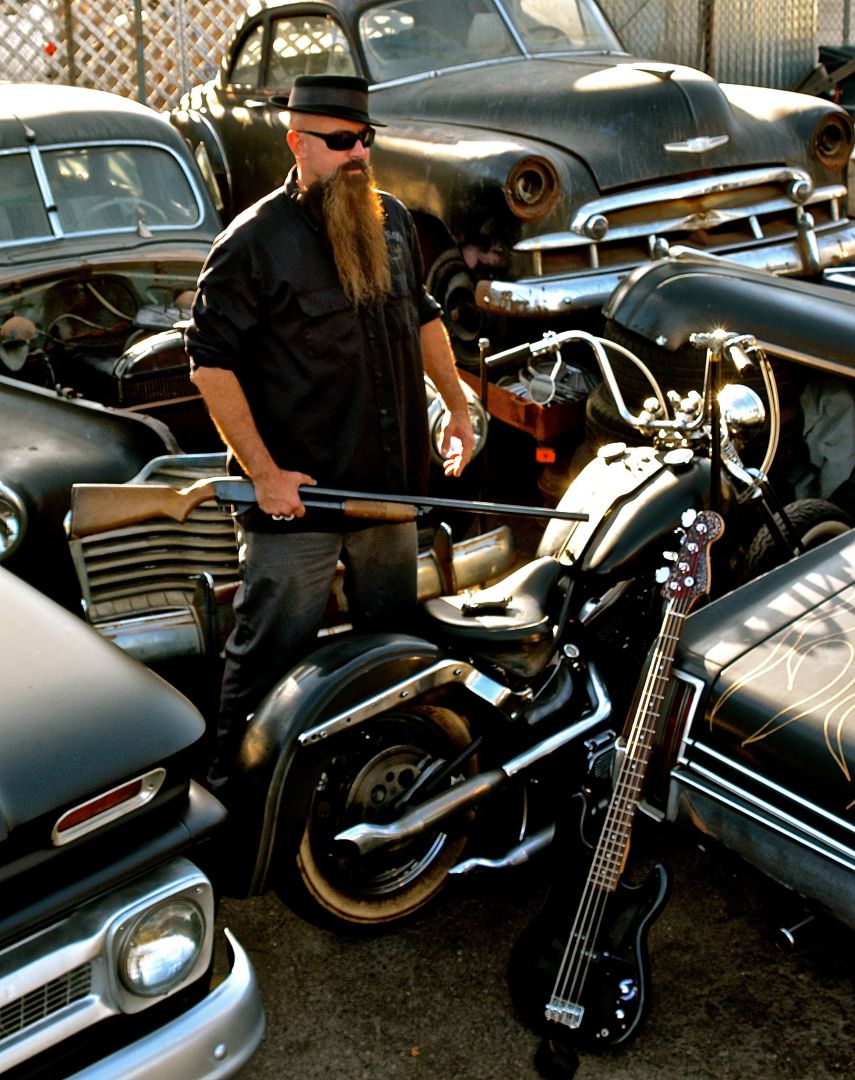 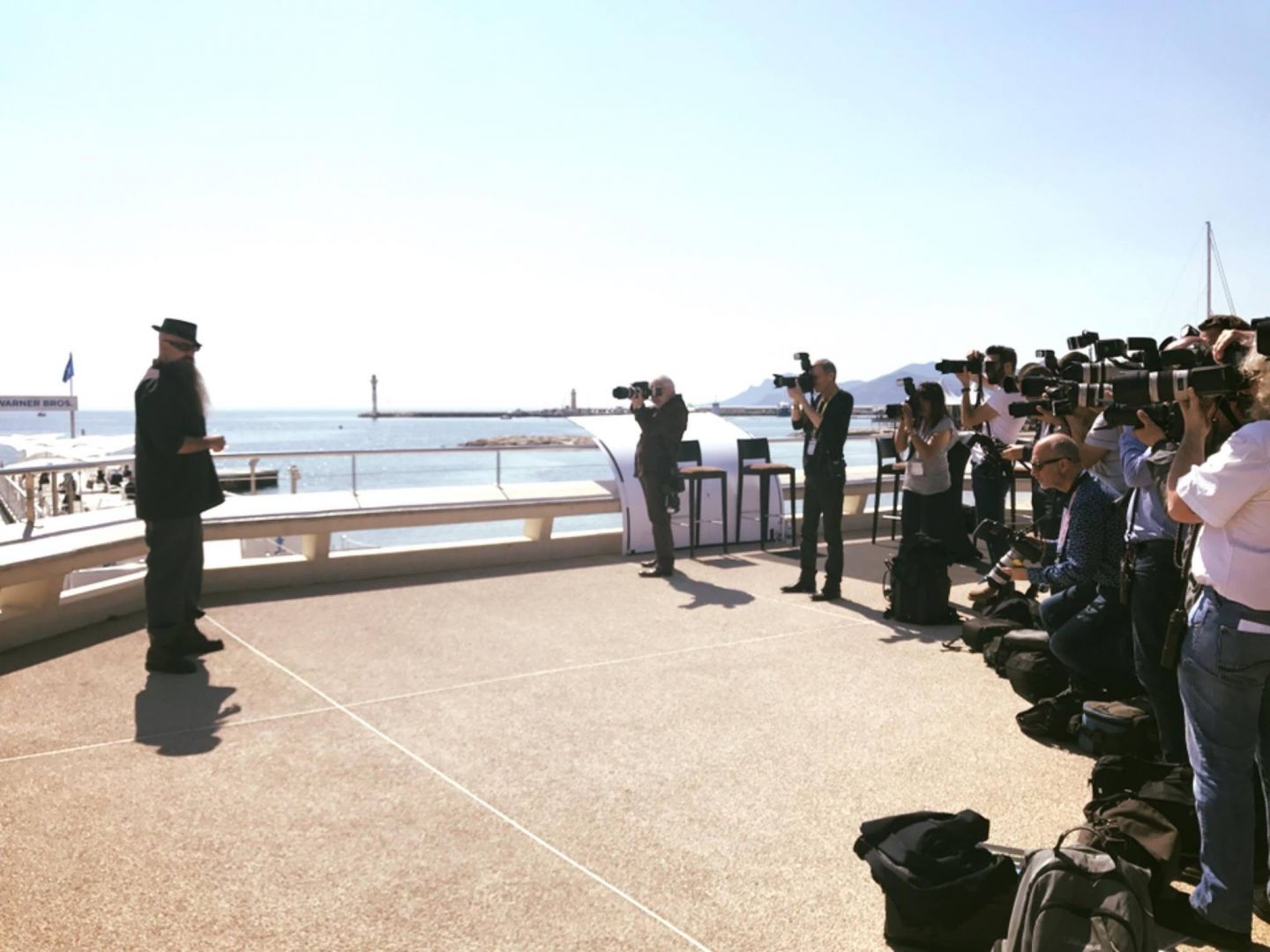 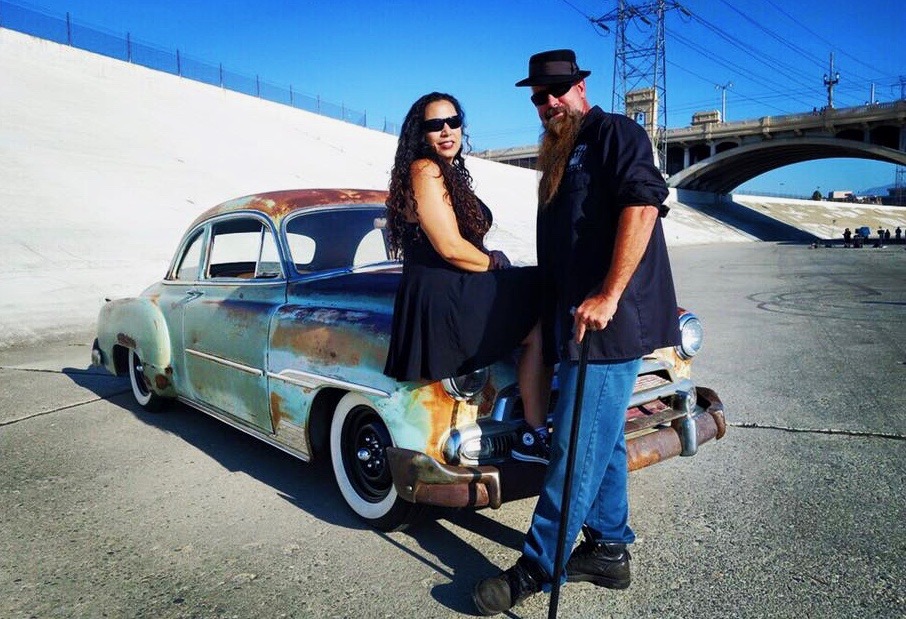 Let’s say your best friend was visiting the area and you wanted to show them the best time ever. Where would you take them? Give us a little itinerary – say it was a week long trip, where would you eat, drink, visit, hang out, etc.
The first thing I’d do is grab a couple of beach cruisers and roll on the Venice Beach Boardwalk. Just sit on a bench and watch the wild world in front of us stroll by. I would take that friend to Hinano’s on Washington, grab a couple of bacon cheeseburgers and head to the sand. We’d watch the waves and chill out a bit. The next day, I’d grab a car and roll through Hollywood and check out the boulevard. We’d see the Hollywood sign, the Sunset Strip and then Beverly Hills to eyeball what it really looks like. Once I hit PCH, I’d take a left and head toward Venice, then into Culver City and grab some Tito’s Tacos. I’d take that friend to downtown LA for some dive bar night life after checking the LA Weekly for what’s happening. There are all kinds of different bands, poetry readings, art shows…something’s always going on somewhere. Another spot I’d hit for local grub would be The Great Western Steak & Hoagie place on Lincoln Blvd and Superba in Venice.. They have the best steak and cheese sandwiches anywhere. Maybe that night, shoot some pool down at The Brig with the hipsters, then stroll the bars up and down Abbott Kinney and probably freak ‘em out and take them to the Rooster Fish after drinkin’ all night. That’s what I’d probably do. 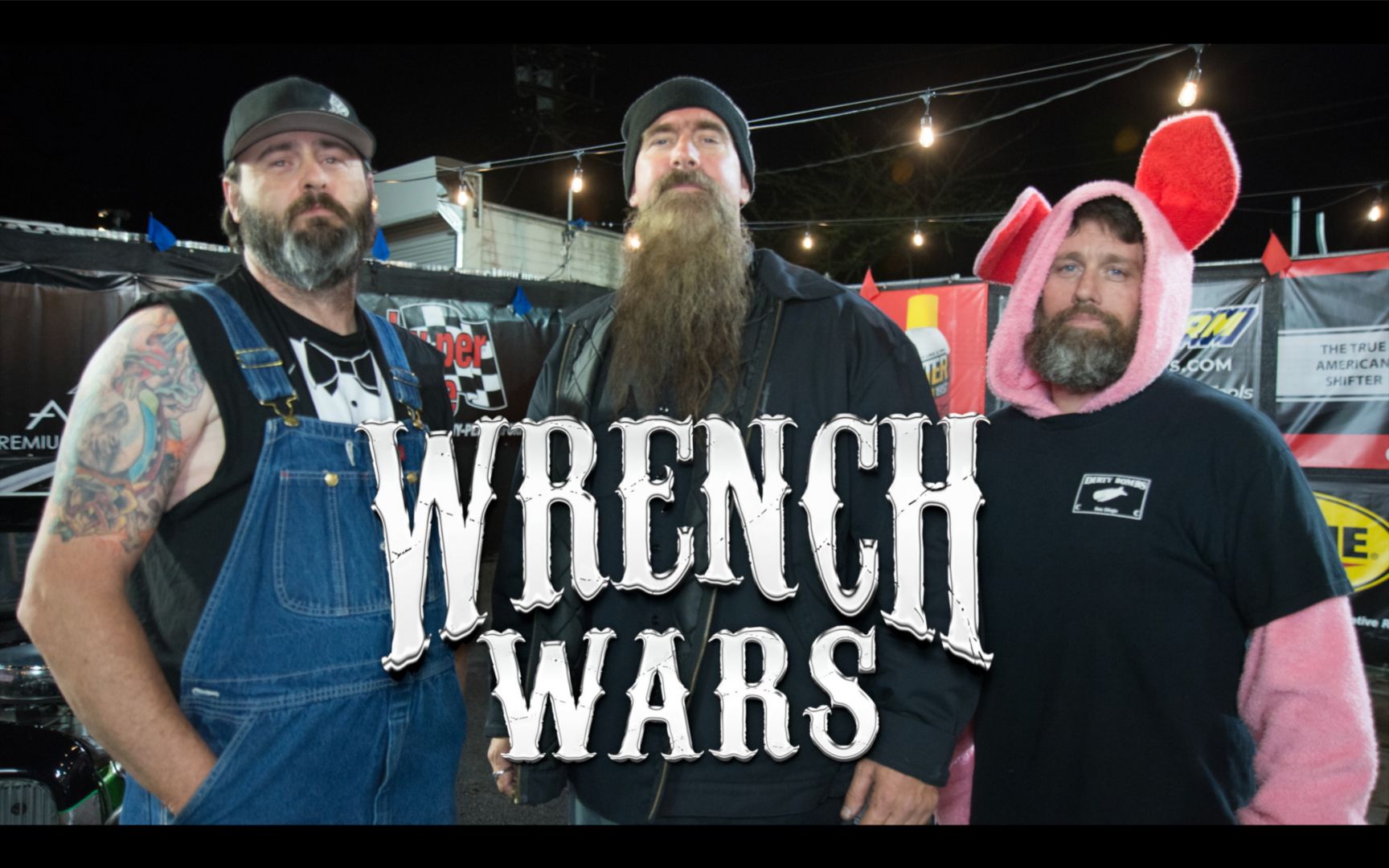 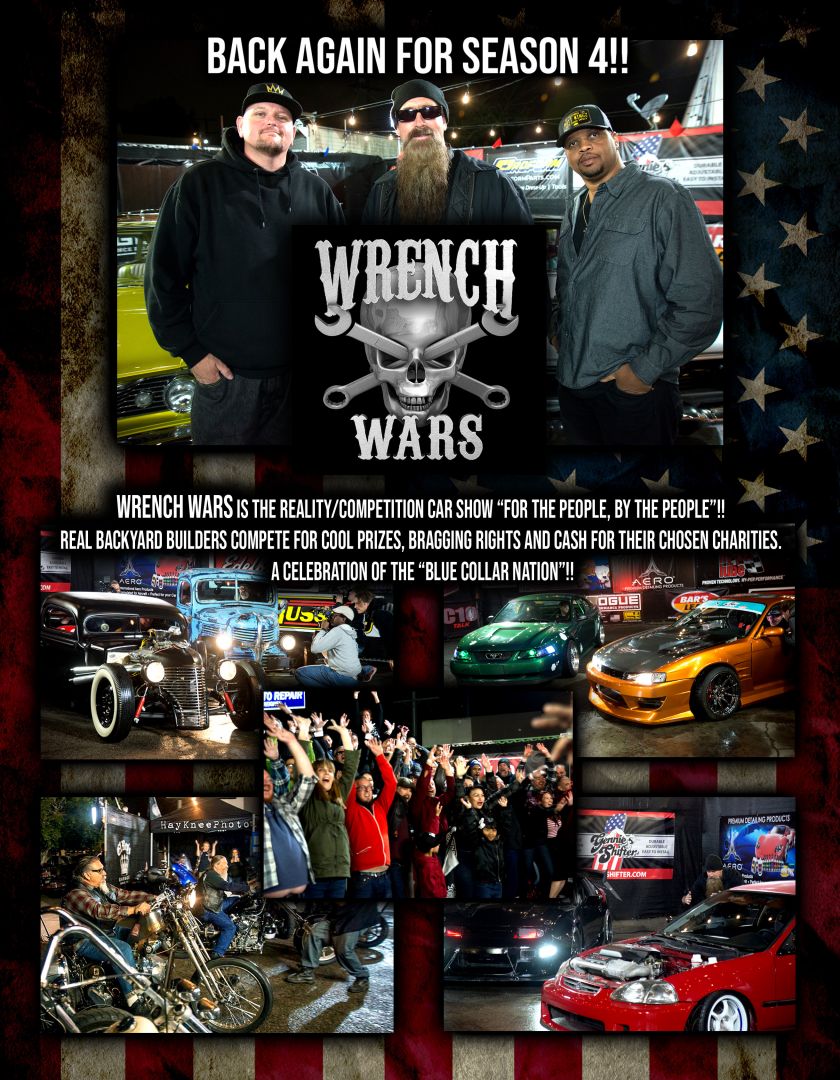 The Shoutout series is all about recognizing that our success and where we are in life is at least somewhat thanks to the efforts, support, mentorship, love and encouragement of others. So is there someone that you want to dedicate your shoutout to?
I would say, my first shout out goes to my wife. I firmly believe, without her affirmations on the crazy ideas in my head, many of those ideas would have fallen short of their potentials. Even to this day, I bounce ideas off of her to see if they will fly. If she doesn’t see the vision…she’ll usually say something like…”Not my favorite”….and if the notion has potential to go somewhere, she’ll probably say something like…”I don’t hate it”. If she really likes the vision, she’ll chime in with ideas to make it even greater. That is the way we’ve come up with a lot of our content production. The other shout out goes to again…The Big Man Upstairs. That entity that goes by so many names. That name which I firmly believe is an individual’s interpretation in nature. I personally call it the Creator, The Holy Spirit, Jesus…The Good Lord, The Father or the Big Man. I figure people call this guiding, creative light many different things around the world. I always ask for guidance, every day, and I try to do the will of that. I also firmly believe that He….or that Entity….guides me in my daily walk on this crazy planet. I see inspired thought, ideas, notions or even dreams as coming from that dimension. When that gut feeling comes, I follow it and that has led me through a seriously wonderful, exciting life. “El Rey” means “The King” in Spanish. I work for him…it’s his shop…his business. I feel like a tree in nature that’s doing what a tree in nature is supposed to be doing. With Love and Respect, so far, so good….and now,…on to the next creative expression of the soul!!!