We had the good fortune of connecting with Chelsea Austin and we’ve shared our conversation below.

Hi Chelsea, why did you decide to pursue a creative path?

I have always been doing something involving the arts. From the time I was three, I was in dance class, at seven I was performing in musicals. I even graduated Magna Cum Laude from Muhlenberg College with a degree in Theater and Dance. The arts and creativity have always been a part of who I am. When I graduated college, due to personal reasons, instead of moving to New York and pursuing a career in the theater, I moved back to Los Angeles and started working in real estate. I wasn’t ready for the auditioning and the competition and combined with the huge life transition that is stepping out into the real world I decided to take what was, for me, the safe route and work for my family’s real estate company. I wouldn’t change those five years for the world because they taught me so much about running my own business, contracts, sales, and most importantly they led me to the love of my life, my husband, Dominic. However, I was deeply unsatisfied, and hugely stressed. It had started to wear on my mental health. It was like having an itch I couldn’t scratch. I desperately needed to do something that engaged me more creatively. I started writing my manuscript at night and on the weekends when I had some time off from work. Those were the times where I felt filled with joy and slowly I started to realize I needed to make a change. Having writing and speaking as my “side hustle” wasn’t enough anymore. I wanted it to be my all day every day. So, I waited until we were in a place where I could go out on my own creatively and I took the leap. It was terrifying at first. I was used to being the breadwinner. I was used to knowing what my days were going to look like and it was all new and different, but I was deeply joy-filled. I was scared and gleeful simultaneously. It wasn’t until then that I realized for five years I had been putting so much of myself away in a closet while I went to work so I could fulfill my duties. I finally got to be fully myself every day. I am my own boss, I set my hours and if something doesn’t get done—that’s on me. It is a huge challenge and can be difficult at times, but I’m grateful for the support of my family and friends and their constant reminders that I’ll be able to make it work. I also know deep in my heart that I made the right decision. Had I continued down the path of real estate, I would have felt like a caged animal doing something for so many hours of the day that didn’t resonate with me. I’m grateful every day that I made the decision to pursue my dream in a creative field. 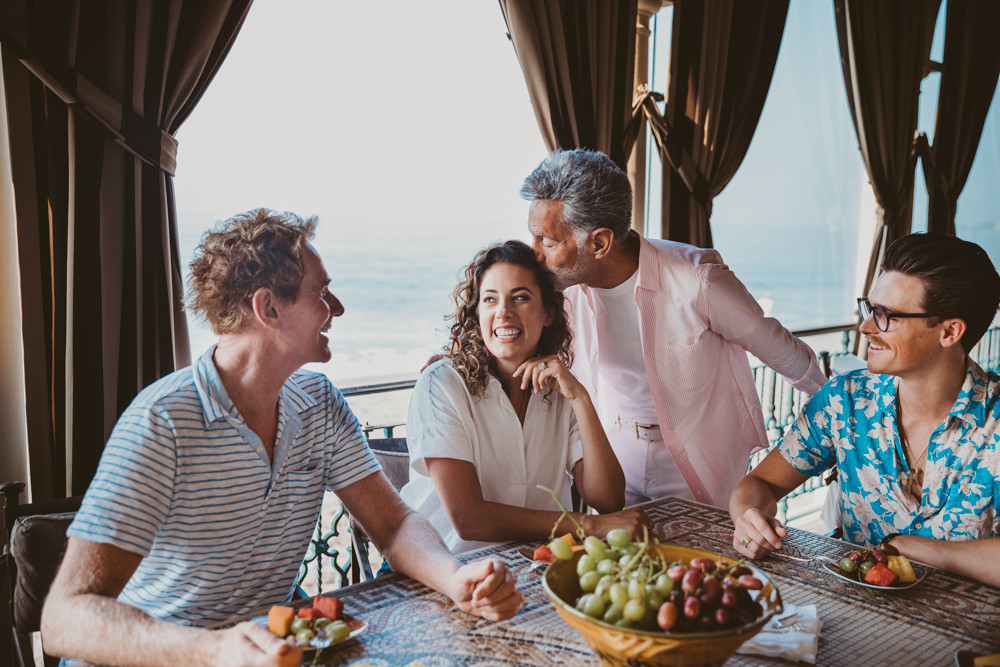 My days are filled with writing, filming, recording, and editing mostly. And also making sure our puppy, Moe, doesn’t destroy our house—that could be considered a full-time job in and of itself. I take my mornings to write and film posts for my blog, The Girl With Five Names (which I do have despite the shortened version of, Chelsea Austin), and recording for my podcast, Worthiness Warriors. My afternoons are filled with preparing workshops, coordinating my social media, calls with my team, and answering the never-ending stream of emails. But before there was a blog, and a podcast, and more, I was writing a manuscript. It started when people I was close to mentioned multiple times that I should write a book about my life…it seemed weird to me since I’m only twenty-seven. What could I possibly have to offer people at such a young age? Then a few years after the first time someone mentioned I write a book, Dominic, my husband, said to me, “Seriously, Baby, you need to write a book.” And I always take what he says seriously. So, I started writing down stories about my family. I was born in 1993 to the two most loving and adoring fathers. I grew up not knowing anyone else with same-sex parents, especially not anyone with same-sex parents who is biologically related to both parents. People had always asked me tons of questions about growing up and so I started compiling the answers to all of these questions and within a matter of months I had a manuscript. It was very much a rough draft, but over one hundred pages and I felt proud. I felt like I had really created something. I continued for another two years to edit and hone and am just now in the process of submitting my book to publishers, in the hopes of getting my book published in the near future. In the meantime, while I was writing and editing, I decided to start sharing some stories about my life and created my blog in the summer of 2019, The Girl With Five Names. I posted twice a week stories from my childhood and life-lessons, sharing them as I was learning and processing these challenges through my writing. I became known for being honest and vulnerable no matter how personal the topics were and people were drawn to my writing. For the first time I really saw being able to potentially make a career out of my passions. As I worked through more edits on my book, I started to get really discouraged by what people had to say about my potential for getting a traditional publishing deal. I was told consistently from anyone I knew in the industry that I really didn’t have a shot and should settle for self-publishing. As I have always been somewhat of a self-starter, I went ahead and decided I would go for it with self-publishing and find the best way to market my book. I started speaking to PR firms and trying to find the best fit when I ran into someone that said, “why are you self-publishing instead of going the traditional route?” I told her my long, discouraging story about having to forgo the idea of being published traditionally. She wouldn’t let it go. “I have someone I think can help you.” And she put me in touch with someone who agreed to help me submit my materials to small and mid-sized publishers. In fact, I just submitted to thirteen publishers last week and have already had some positive responses. It was a huge reminder for me that when you want something you have to keep pushing for it and more than anything, don’t settle if it doesn’t feel right. The greatest lesson I’ve learned is about following breadcrumbs. Meeting one person and then another and continuing down a path that feels good, and most importantly, following my gut instinct. When I had multiple people say I should start a podcast, I listened. It was my next breadcrumb, and so I started putting my energy into that and released my first episode on November 11th. My dream is not necessarily to only be a writer or a speaker. It’s to spread a message of self-love, self-worth, and acceptance and however I can continue to spread that message into the world, I intend to do so. It’s a rollercoaster, but I just keep following my breadcrumbs as I find them. 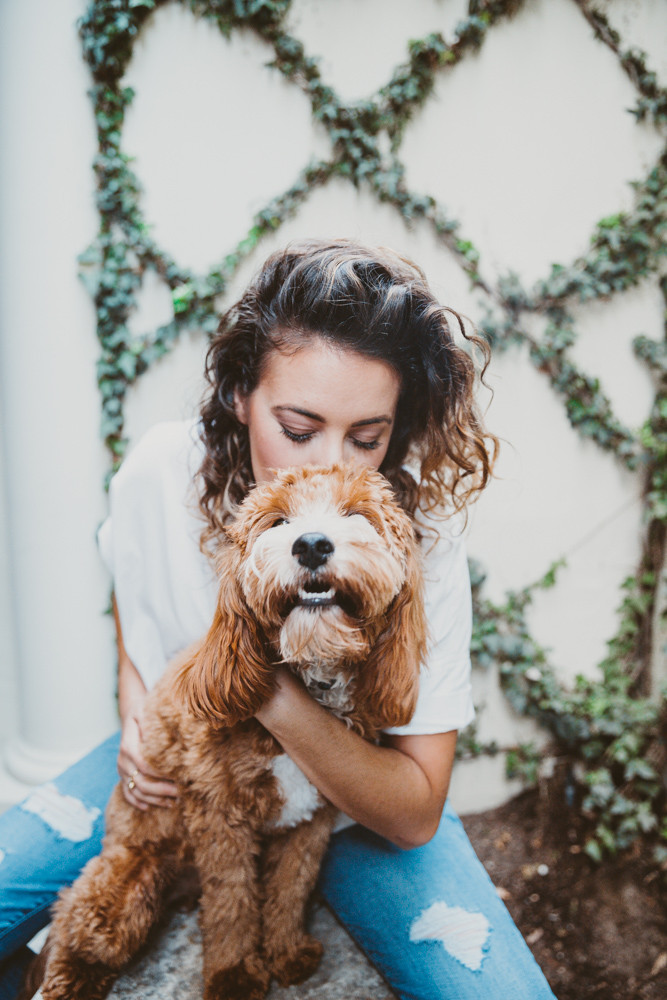 I was born and raised in Malibu and to me, the best spots in LA are not the ones where the tourists tend to congregate. First, I always ask my friends what kind of trip they’re looking for, do they want to hit the Walk of Fame? Grauman’s? Or can we go where I actually go? If they want to hit the tourist spots, I’ll always go along with a smile on my face but those certainly aren’t my usual hangouts. If they’re willing to just go along with a day in my life–that’s when I get excited. We would spend a lot of time at my parents’ house, the house I grew up in, in Malibu, and walk to the Malibu pier for breakfast. I’d take them to wander Third Street Promenade for shopping, hitting my favorite restaurants on Main Street and Montana Ave. Pretty much everything I do centers around food and cute coffee shops. We would walk to Alana’s on Venice from our house in Mar Vista. And I absolutely love hanging out at The Platform in Culver City and stopping on Washington at Meet Me in Paris, my favorite little French bistro. If my friends are as big of art nerds as I am, we will definitely take a trip to The Getty. Being a native Angeleno, I love my car and going for drives through Malibu Canyon and up to Point Mugu to sit on the dunes and watch the sunset. I also love taking them out to Pasadena to look at the stunning, classic Californian architecture and for a trip to the Annenberg Gardens. Lastly, my very favorite hidden gem in all of LA is the place where my now-husband took me on our first date and subsequently proposed to me, Top of The World at the very top of Lachman Lane in the Palisades. I’m a sentimental person so taking them to see all of my old hangouts in Malibu, like John’s Garden, where my old dance studio used to be and for a little sushi at Bui Sushi certainly brings me tons of joy. Thankfully my friends are typically as into art and food as I am and a good time is had by all. 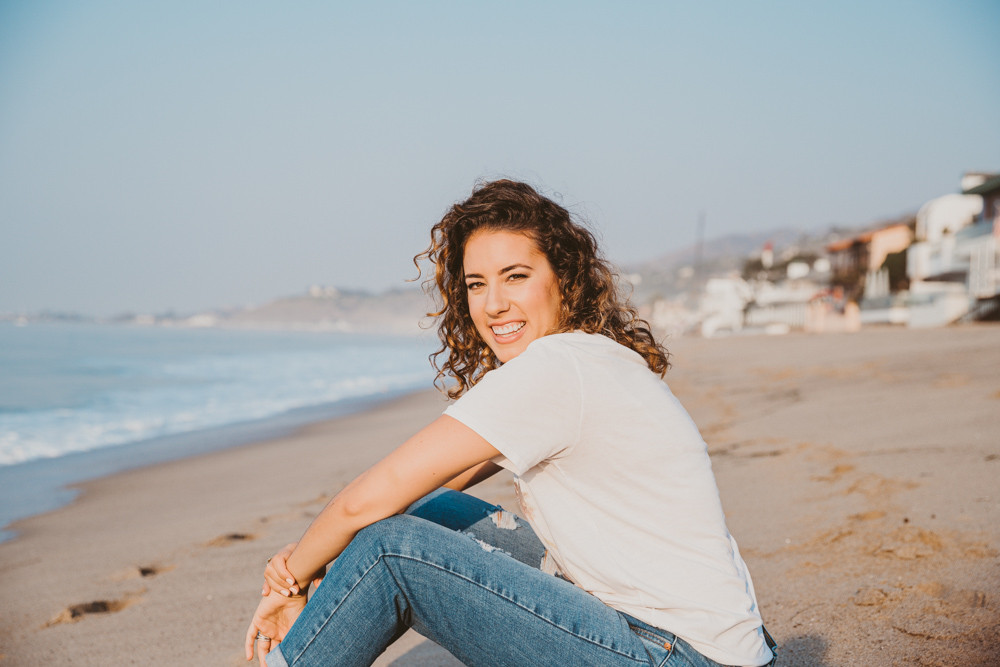 Everything I do in life I dedicate to my two incredible fathers, Dennis and Kevin, or as I call them Daddy and Dad, and to my wonderful husband, Dominic. They help me be brave, passionate, and joyful every day, and truly I would never be the person I am today without them. To my dads, who took a leap of faith twenty-seven years ago to have a child biologically related to them as a same-sex couple before it was in vogue, for the unconditional love, and instilling in me the belief that truly, anything is possible. To my angel, Dominic, who chose to live 9,000 miles away from his home country so that we could be together, and for supporting me no matter what I decide to do. I couldn’t imagine a greater partner in life. Our love story is my very favorite (and Dad and Daddy, yours is a very close second).