We had the good fortune of connecting with Chelsea Klein and we’ve shared our conversation below.

Hi Chelsea, how do you think about risk?
For myself, especially going after a career as a singer, I wouldn’t make it anywhere without taking risks. As important as it is, I do feel like I have a really weird relationship with risk and it’s one that has shifted a lot over time. Sometimes I feel like I have two very opposite personalities within myself that clash when I’m trying to explain the way I think or act. On one hand I’m super ambitious and outgoing, and am willing to work hard for things that I am passionate about, but on the other, I always feel like I need to have control of a situation and like to know the outcome, which leads me to overthink everything and sometimes not act. Singing has always been something I was drawn to, even from my youngest memories. The only reason I think I didn’t start pursuing it at a younger age than when I did, is because I let the anxious and scared version of myself win for way too long. The minute I decided that music was the only thing that felt right for me, the other version kicked in, and I finally just took the leap. I grew up in Utah, but was in college in Orange County at the time, and I decided I was going to commute to Los Angeles two to three times a week to work with my now vocal coach and mentor Nick Cooper. From there I had to tell my mom I didn’t want to finish school and that I needed to just focus on music. As supportive as my parents are, they are both doctors and have always wanted me to get a degree, so this in itself was a move that I was so scared to make. Once I started working with Nick on a regular basis things just started to move forward, not only with music, but also just my confidence in general. I finally moved to LA where I now live alone, all of my best friends live in different states, and I am pursuing a career that really has no guaranteed outcome. All of these things are hugely risky and terrifying for me if I really start to analyze it, but I do think when you love something enough, you don’t think about the scary side quite as much. In the past I’d typically be watching myself from outside of a situation and panicking at all the things that might go wrong, but I finally found something I want badly enough that none of it matters. Taking chances towards things you want in life allow you to grow into the person you’ve always wanted to be. I’ve also been working on shifting my perspective to what my voice coach calls “failing forward.” Instead of being scared of a negative outcome, allow the negative outcomes to just be new information, and once you process that, you pivot to your next move again and again until you find one that works. The idea of “failing” is more like checking door handles to see which one is unlocked, and that has been a huge game changer for me. I always want to encourage people to go full force towards what they want in life, risks and all, because as much as things all happen for a reason, and I do believe in trusting your own timing, I can’t help but wonder where I would be now if I had been willing to take more risks at an earlier age. 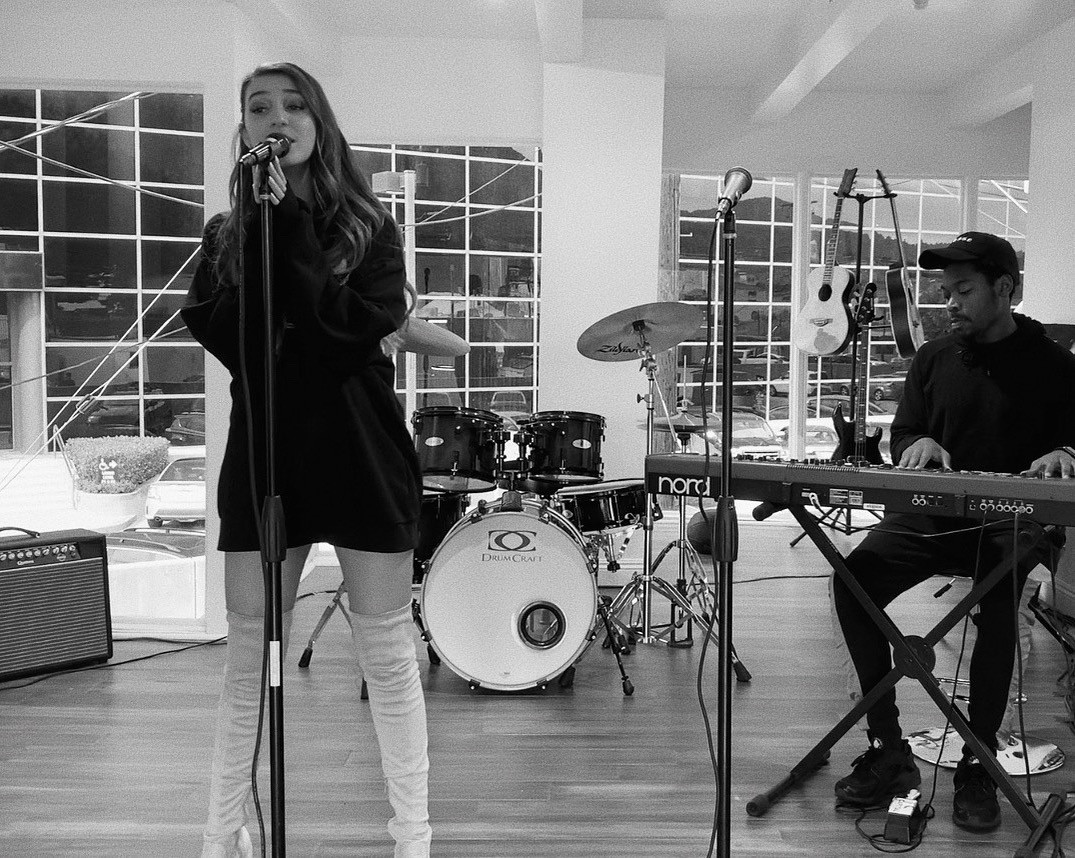 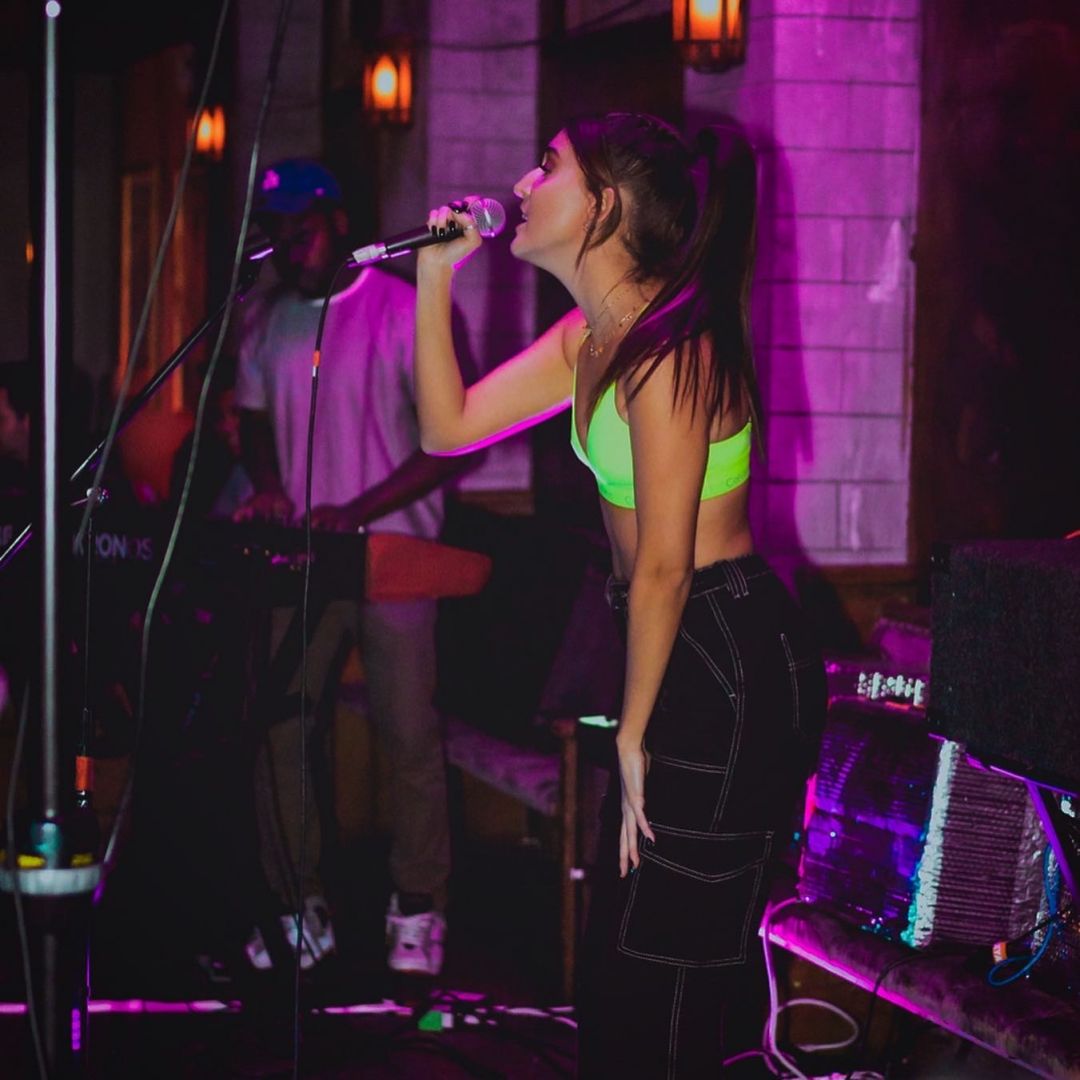 Alright, so let’s move onto what keeps you busy professionally?
I am a singer/songwriter and I think one of the things I am most proud of right now is just how much I’ve grown in such a short period of time. I grew up obsessed with music, but I was always so scared of being judged or made fun of, that I didn’t really tell anyone it was something I loved. It was so extreme, that even most of my closest friends were confused when I suddenly told them I was going to start commuting to LA to work with a vocal coach – they had no idea it was even mildly something I was interested in. I’ve always been such a listener type of personality – I love making sure other people feel heard and understood with their feelings, but always been so closed off about my own, which is strange having grown up in such a great supportive family. Once I started really pursuing music, the biggest challenge for me was (and still is) just getting out of my own way. My mind loves to do this thing where it tells me I’m not that good, or that I can’t hit the note, or if I mess up and the outcome isn’t PERFECTION I suck and should just throw in the towel now. My obsession with doing things correctly, and the focus of making sure it sounds good was all wrong. Music is about emotion and story telling not about sonic perfection. No matter how much I can know this as a fact, it still is a complete rewiring of how my brain works and is something that takes a lot of practice to change. I feel like I’m finally starting to feel like a different person in how much my confidence and self image has changed. I no longer feel debilitatingly self conscious like younger versions of myself did, and it’s allowed me to really take music to a whole different level. It’s hard to really push to make music that feels authentic when you still aren’t willing to show every side of yourself and I’m finally seeing that and feeling the change. Because I feel like I wasted so much time when I was younger hiding who I really was, something that is hugely important to me is making sure other people don’t. I really want people to start believing in themselves more and to know that the truest form of themselves deep down is other people’s favorite thing about them! That’s usually what people want to hide because they don’t want to end up shut down and embarrassed, so it is so important to me to create an environment where it’s all welcome and celebrated. Besides my music*, which would be an obvious answer as to what I’m excited about, I recently started an email list that encourages communication in both directions. While I definitely do send out behind the scenes information and news about upcoming projects, I’ve also invited my fans to contact me whenever they want to, or even to just reply to the things I’m sending out. I want to get to know my fans on a more real level so that I can support them as much as they’ve supported me. *I am releasing a new single around Halloween that will also have my first music video! It is a song I teased a year ago, and finally decided to put it out to hold my fans over until the stuff I am currently working on is ready for them! I’ve been sitting on this song for about four years and the music video for a year (it made my horror movie dreams come true), so I can’t wait for people to finally hear and see it! 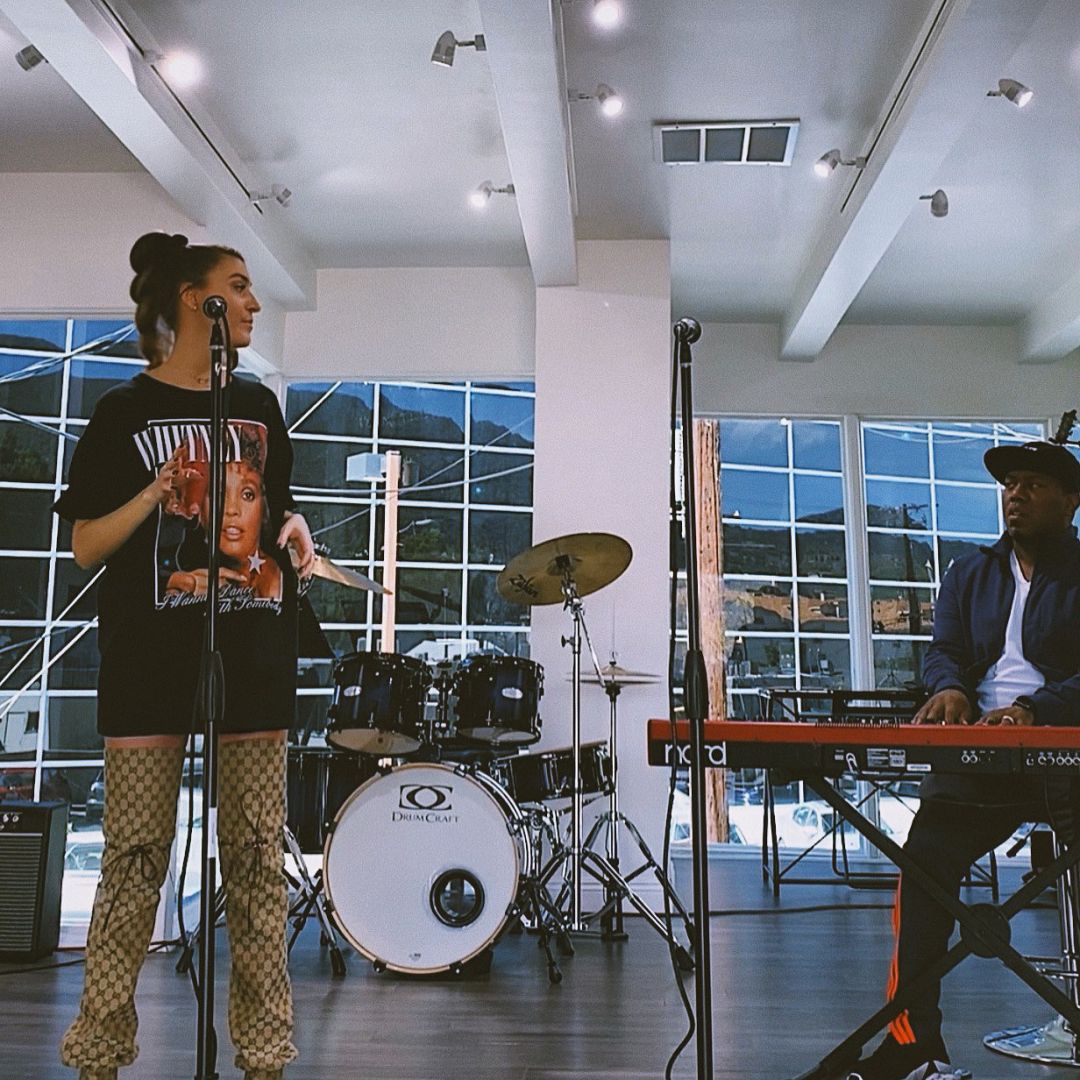 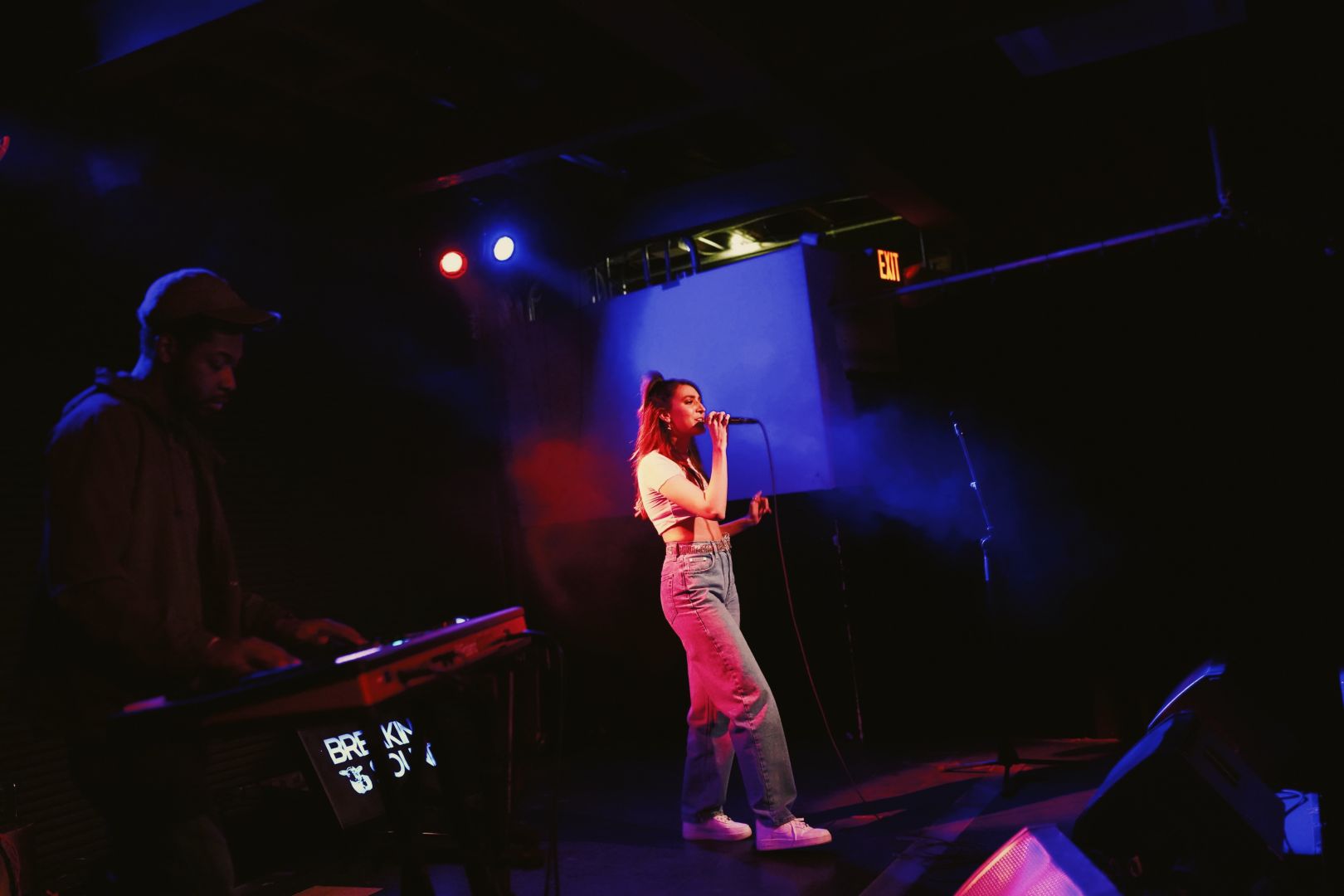 Let’s say your best friend was visiting the area and you wanted to show them the best time ever. Where would you take them? Give us a little itinerary – say it was a week long trip, where would you eat, drink, visit, hang out, etc.
Alright, hear me out, I don’t get out much in LA… I’m such a routine oriented person and then most of my closest friends live elsewhere, so I haven’t really explored in a thorough enough way to have go-to places. I’m usually the one leaving to visit someone else, but I definitely have had friends visit and I have to come up with something. I usually try to tailor it around my friends’ personalities so depending what I know they’d want to see, that’s what I’ll plan. In the past, we’ve often ended up at various shopping locations (walking up and down Fairfax Melrose or Abbot Kinney, going to any of the cute malls depending on the stores I know they like etc.), amusement parks (Knott’s Berry Farm, Universal Studios, Disneyland), and then a random array of restaurants and bars at night. I like to give a loose set of options I know they would enjoy and then let them pick and choose what they’re in the mood to do – it is their trip, right? Now If it were fully up to me, I love the Grammy Museum (shocking, I know), but I usually only try to do that to my equally music obsessed friends. I also am very fascinated by space and think everyone enjoys a planetarium experience, so the Griffith Observatory never fails to impress. There are so many good restaurants in LA it’s hard to choose, but I do eat a plant based diet and there is no shortage of incredible vegan restaurants here, so I’d definitely drag them to one of those, most likely without telling them it was vegan just so they don’t put up a fight before they try it and end up loving it (it happens every time!) Also depending on the days they’re visiting, I have timed it out before to go to a concert, either big ones at The Staples Center or The Forum, or even smaller more local shows, and those have been some of the best memories. Even though that can be done anywhere, it feels like there’s a different energy here for some reason and you really can’t beat live music. 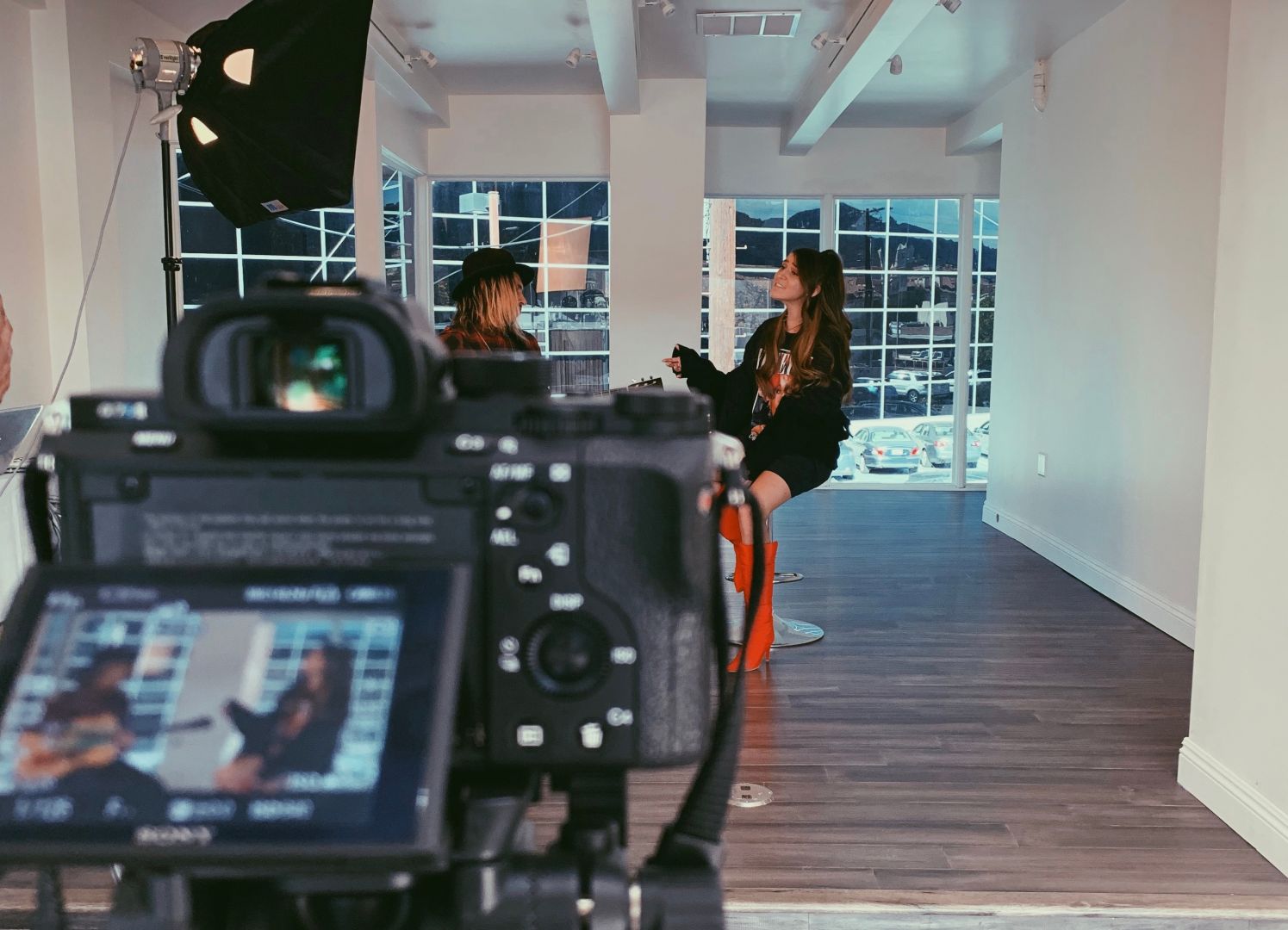 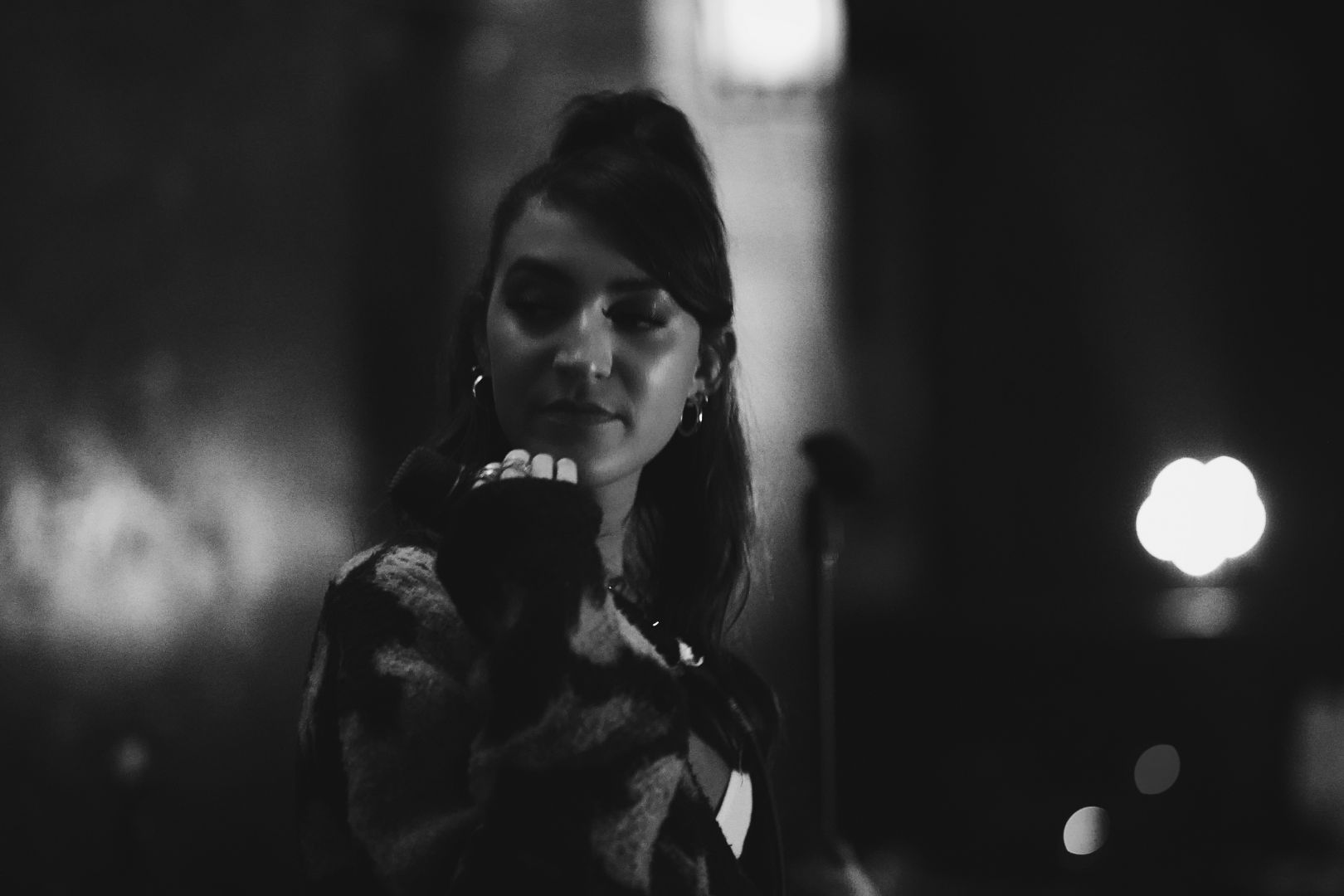 Shoutout is all about shouting out others who you feel deserve additional recognition and exposure. Who would you like to shoutout?
I, of course, have to give my family a shoutout. I wouldn’t have been able to pursue anything I have without their endless love and support. My dad has always encouraged my love of music, my step mom has put in endless hours with me sending out emails, contacting radios and playlists – basically anything on the promotion/business side, and my mom is my rock for anything and everything. Whether I’m having doubts or I’m just really excited about something she is right there with me and always pushes me to keep going – she keeps me mentally strong. I also wouldn’t be even a fraction of where I am today without Nick Cooper. He started out as just my vocal coach and is now my mentor for all things in the music world. I wouldn’t know a thing about REALLY singing, writing music, trusting my instincts, or even overall confidence, if I hadn’t been working with him for the past five years. It’s so rare to have someone in your corner who believes in you more than you believe in yourself sometimes, and Nick has always been there to push me to be great no matter my own self doubts.