We had the good fortune of connecting with Christian Bulich and we’ve shared our conversation below.

Hi Christian, what role has risk played in your life or career?
I think risk is a normal part of all our lives. It’s nothing that should be regarded as a negative or positive thing if you ask me. Risk always surrounds us like some sort of invisible coat that we just don’t always pay attention to. We all take risks every single day, sometimes consciously and sometimes subconsciously. Every decision we make is connected to a certain degree of risk. Even the smallest decisions like “Do I go now or in 5 minutes?” or “Should I wear blue or green?”. Yes, I think even those tiny and seemingly unimportant choices could actually have an impact throughout the day. The only thing that differs here is the level of risk we take. And I think most people completely disregard the aspect of risk in their lives unless the outcome of a decision can change their lives on a higher, more important level. As a result, risk is usually considered as something negative or extreme than it actually is. Throughout my life I have changed my perspective on risk. I used to always be afraid to make big and sometimes even life changing decisions. I would spend weeks or even months making sure I’m choosing the right option. “Should I do it or should I not?”, “What makes more sense?”, “What are the pros and cons?”. Now, I realize that a lot of those times I would already know what the right option would be for me from the very beginning. I would just be too afraid to take the first step towards what I wanted and waste time pretending I wasn’t exactly sure about something that I actually already knew was the right thing to do for me. Especially with my career as an actor. I knew from the very beginning that pursing an acting career would be connected to some sort of financial issues or general uncertainty in life. But at the same time I also knew that acting is the only thing that I really wanted to pursue with all my heart. So the decision was already made from the get go, I knew what I wanted. All I was doing was just postponing the actual first step. Trying to make sure my move to LA will go as smooth as possible. Trying to set the perfect base for my acting career. But at the end of the day, I feel like I should’ve made this step much earlier. I’m not saying you shouldn’t be planning out important decisions and just dive head first into something crazy. I’m saying don’t waste time planning and waiting for the “perfect” moment to make the first step. Make sure you know what you want and just go for it. Throughout my career as an actor, in Germany and in the United States, I now realize that the best moments I can think of all resulted from situations where risk wouldn’t hold me back from pursuing what I wanted. Those crucial moments, where you know if it doesn’t go the way you want it to go that it will actually hurt but you still just go for it because you know exactly that it’s worth it, because the opposite outcome would mean the world to you. So overall I think it would be very beneficial for people to just accept risk as a normal part of their lives. Just see it as an exclamation mark. Risk simply makes you aware of things. It’s not putting things in a negative light. Thinking about it in such a way might help you next time you have to make an important decision. Don’t let risk hold you back from pursuing your dreams or goals in your life. Just be aware of the overall picture, plan ahead but don’t waste time and then just go for it. 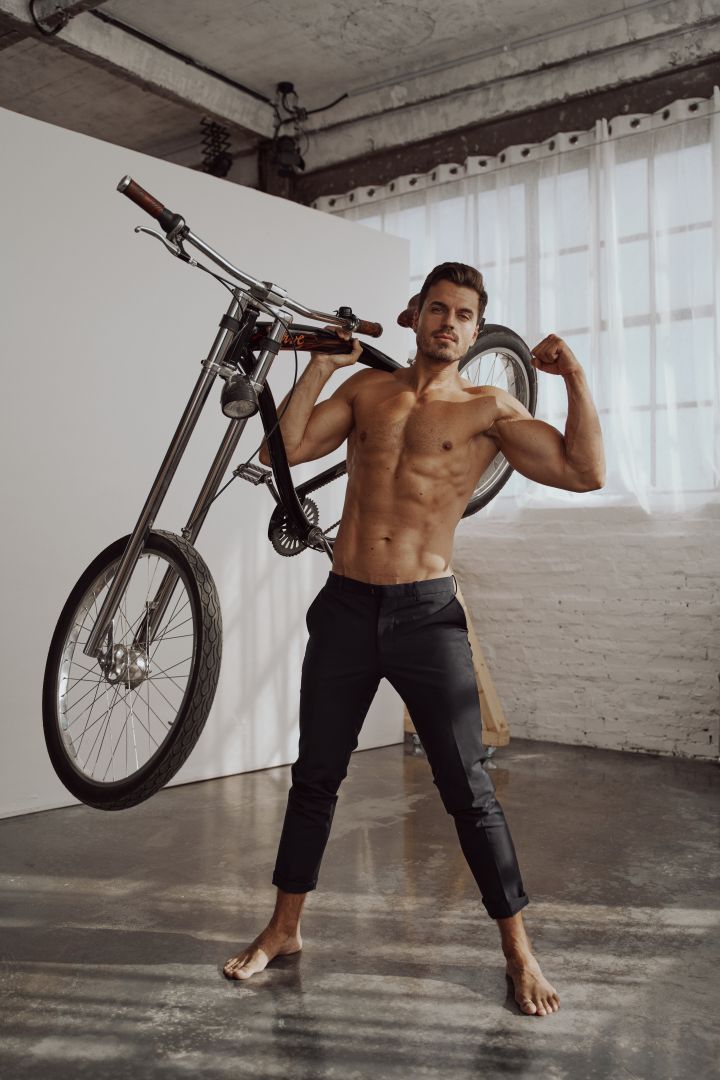 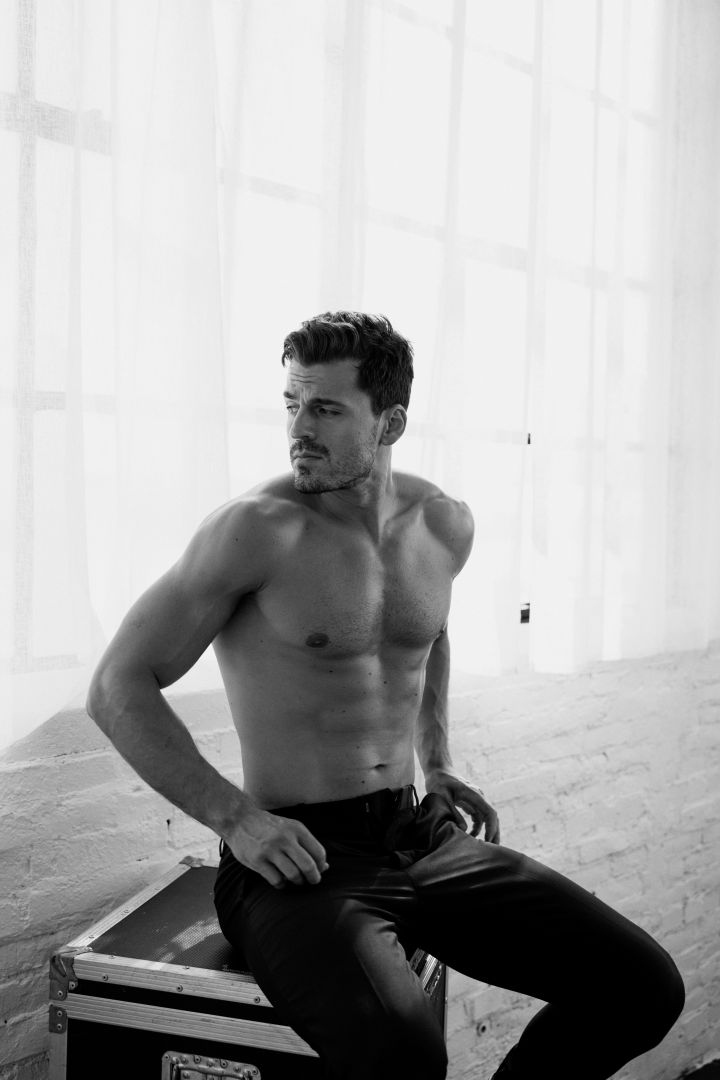 Can you open up a bit about your work and career? We’re big fans and we’d love for our community to learn more about your work.
Well, I’m an actor and I’m currently living in Los Angeles. And for the first time I actually feel accepted by the people around me, which is a beautiful thing. LA and its movie industry makes it easy for actors to not feel excluded or to feel looked down upon. I’m not saying all actors feel the same way I do but growing up in Germany and pursing an acting career was quite challenging at times in regard to social acceptance. Explaining to people that you’re an actor was such a complicated task to do. I would usually completely avoid talking about it. Most of the time people would not understand the idea of being an actor. They would ask if it’s just a hobby and what your actual job was. Sometimes it would even lead to me questioning myself and if what I’m doing is actually a normal thing. I mean at the end of the day, looking back, I know that worrying about people’s opinions and what they think about you was such a waste of energy. Because it’s silly to let people’s judgements hold you back from what you enjoy doing. After moving to Berlin it became somewhat easier since Germany’s capital has a lot to offer to people in the movie and theatre industry. But since it’s still such a small market you’d still run into people who would have that standard judgmental facial expression after getting to know that you’re an actor. But I was happy enough to have a group of actor friends I could surround myself with. Later on, throughout my time in Los Angeles, I realized that this is the place I feel most comfortable. I don’t think I’ve ever been as creative as I’ve been since I moved here. And with the help of all my amazing teachers and friends, who I’ve been constantly working with, I improved a lot as an actor in general. Because of that, LA will always hold a very special place in my heart and I hope I will be able to spend many more years out here. In regards to what I’m currently working on, I was very fortunate to be able to finish shooting a project right before COVID started. It’s a passion project I’ve been trying to shoot for such a long time. I’ve always wanted to tell a story from the perspective of a boxer’s wife and how the actual fight really happens outside the ring. After introducing the idea to my writer and director Joe Basile, I was lucky enough to have him jump on board help me put this project together. This is my second film that I’ve produced and acted in and I’m very proud of what my team and I achieved. “Eight Count”, the title of the film, is currently in post production and is almost ready to be released for hopefully a successful festival run. We’ll be soon publishing more details on our Instagram account “OfficialEightCount’. Stay tuned. 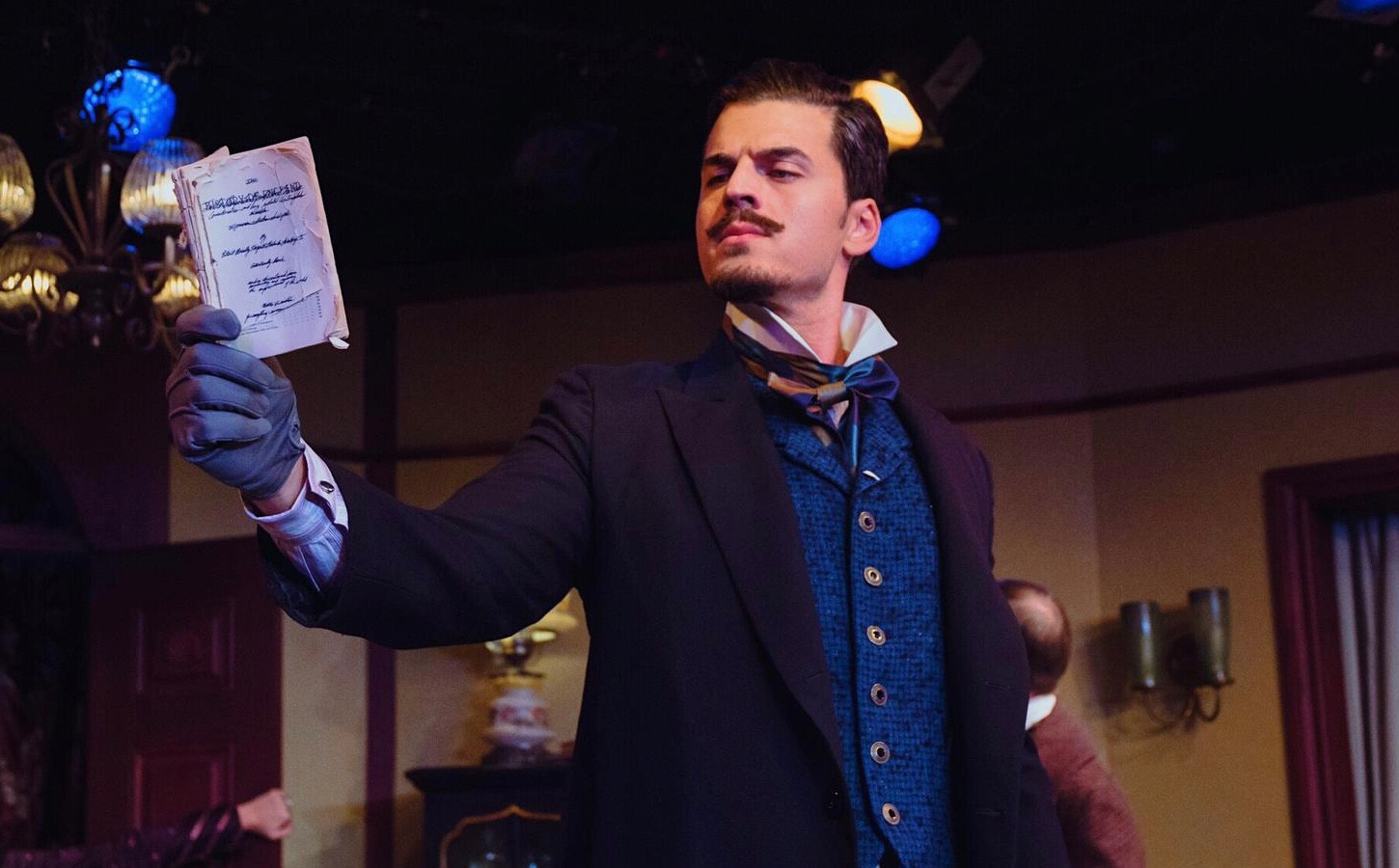 Any places to eat or things to do that you can share with our readers? If they have a friend visiting town, what are some spots they could take them to?
I’ve had several good friends visit me in Los Angeles so far. Some came from the East Coast and some from overseas. And I’ve given all of them the same exact tour. I literally feel like a tour guide at this point. The first destination I always take you to is my second home in LA, the Arclight on Sunset Blvd. If you know me you know exactly I’m all about movies. So if you come to visit me, I will take you to the movies no matter what. And most of the time it is a great experience for all of us, especially if we get to see a movie at the Dome. Second place I’m taking you to is In-N-Out. Not because I’m such a big fan of it, but simply because everyone just wants to go there. After In-N-Out I’m taking you to the real star of the city, Canter’s Deli on Fairfax. BEST pastrami in town hands down! Then of course there’s hiking and all the adventure possibilities that California has to offer. I love being outside and exploring national parks. So depending on your schedule I would take you on a hiking trip, preferably to Yosemite which is literally one of the most beautiful places I’ve ever been to. And then we have several other options like eating amazing ramen in Little Tokyo, having a blast during a good stand up show or simply enjoying the mesmerizing sunsets at the beach. So whatever it is, I will make sure you have a good time. Call me. 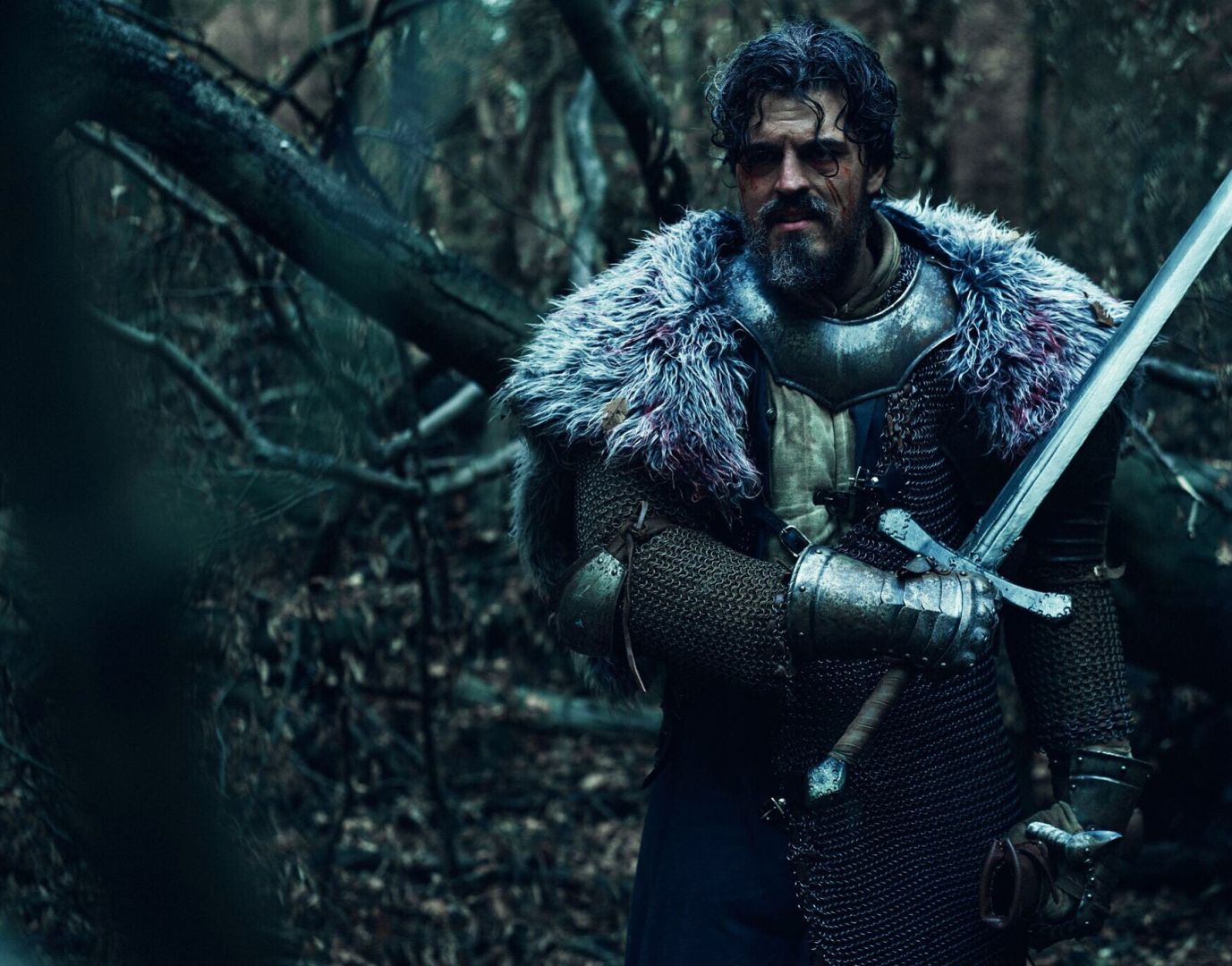 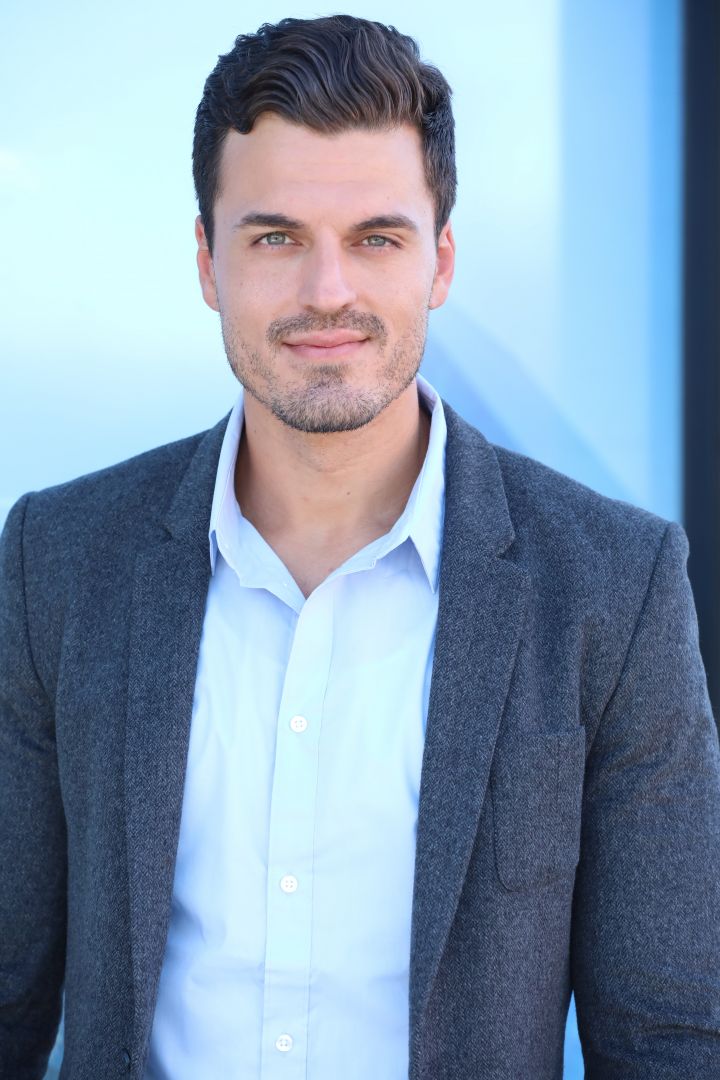 Who else deserves some credit and recognition?
Who else deserves credit and recognition in my story? Honestly, there are so many people that deserve a shoutout. I think you could literally release have a whole magazine based on just the names of people who shaped my life. People who I am so thankful for. Without them I wouldn’t be where I am today. I’m sure anyone reading this knows exactly who I am talking about. I love you all. But if I “have” to choose one specific person who I really want to dedicate my shoutout to then I would have choose two people, my parents. No one else motivates me like they do. They always have my back no matter what. I feel very blessed to have two loving parents who supported me throughout my entire life. I can only imagine what they must be going through having me as their son. Pure headaches. Sorry about that mom and dad. Love you big time.