We had the good fortune of connecting with Christopher Carver and we’ve shared our conversation below.

Hi Christopher, can you share the most important lesson you’ve learned over the course of your career?
The most valuable skill I have acquired since starting my company, is the ability to pivot and refocus as soon as something starts going down the wrong path. For most of my tenure as Artistic Director of MASQ, I have operated as a one man “jack of all trades”… acting as producer, director, stage manager, writer, costumer……. you name it, I’ve done it. This obviously becomes very stressful as wearing all the hats can begin to really take its toll on your health and mental well being. However, the plus side to this business model is you have the luxury of truly following your instincts. From my personal experience this has always served me very well. There have been several instances when a show was clearly not working or a project felt like it was going off the rails. Having the ability to see the warnings signs and cancel the show before financial losses is a godsend. Not having to wait for board approval, not having to run all decisions past a committee is scary, because you bear all the responsibility; but, you don’t lose that valuable time in which you are able to make those split second decisions. . This skill certainly proved it’s usefulness this past year when the entire theater industry had to shift and find creative ways to tell our stories. Learning to be flexible and not precious with your productions is something that takes time to develop. There were many projects I sincerely loved; but the timing just wasn’t right. Knowing that helped save the project for a better fit position at a later date. There have also been times when I was half way through production and decided the show needed to shift tone or go in an entirely different direction. While this can be a stressful situation for the cast and crew, it ultimately helps the final product. Under a different business model, I would never have the luxury of being able to make these pivots. So the ultimate lesson becomes to be true your instincts and allow yourself to stop and refocus when needed. 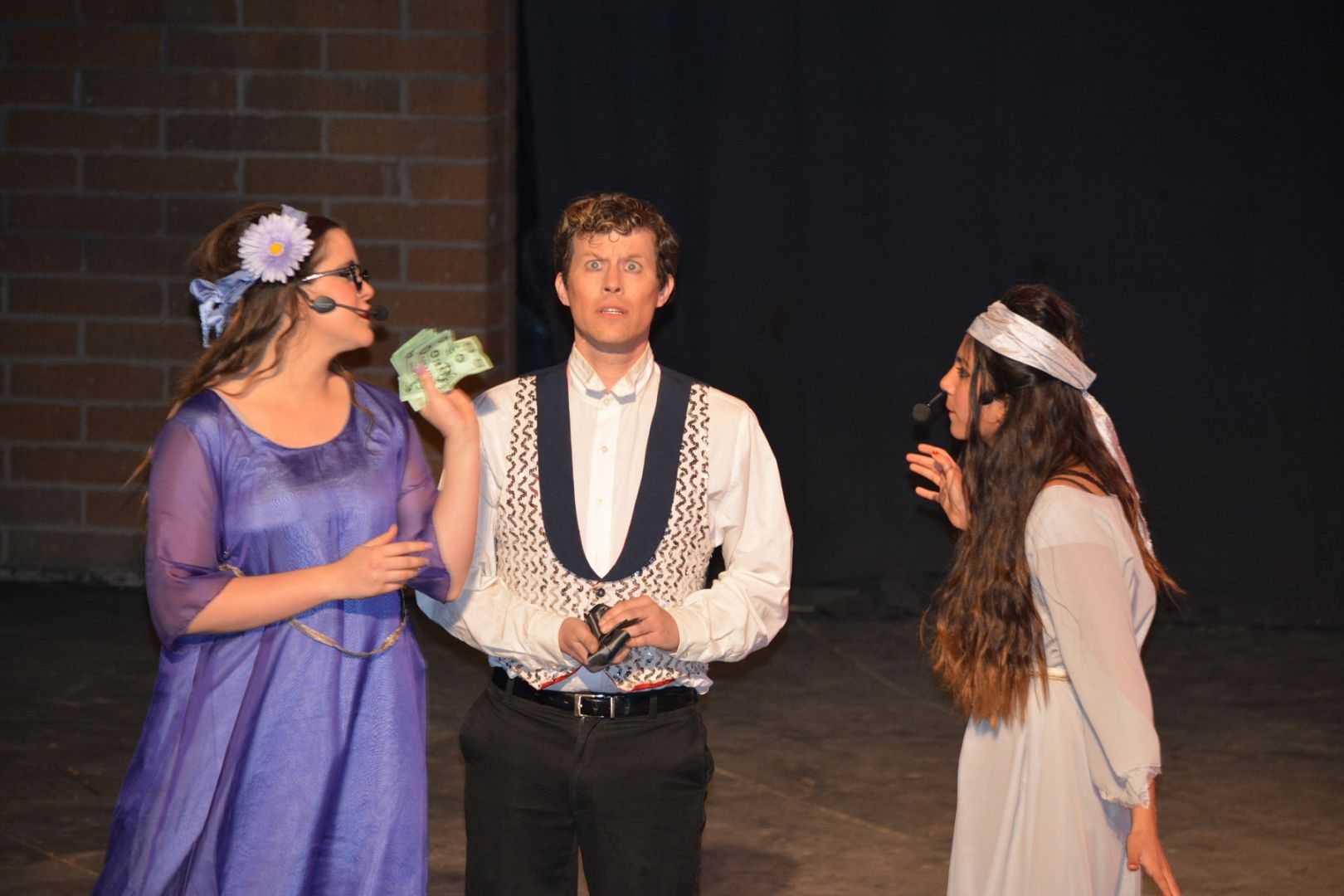 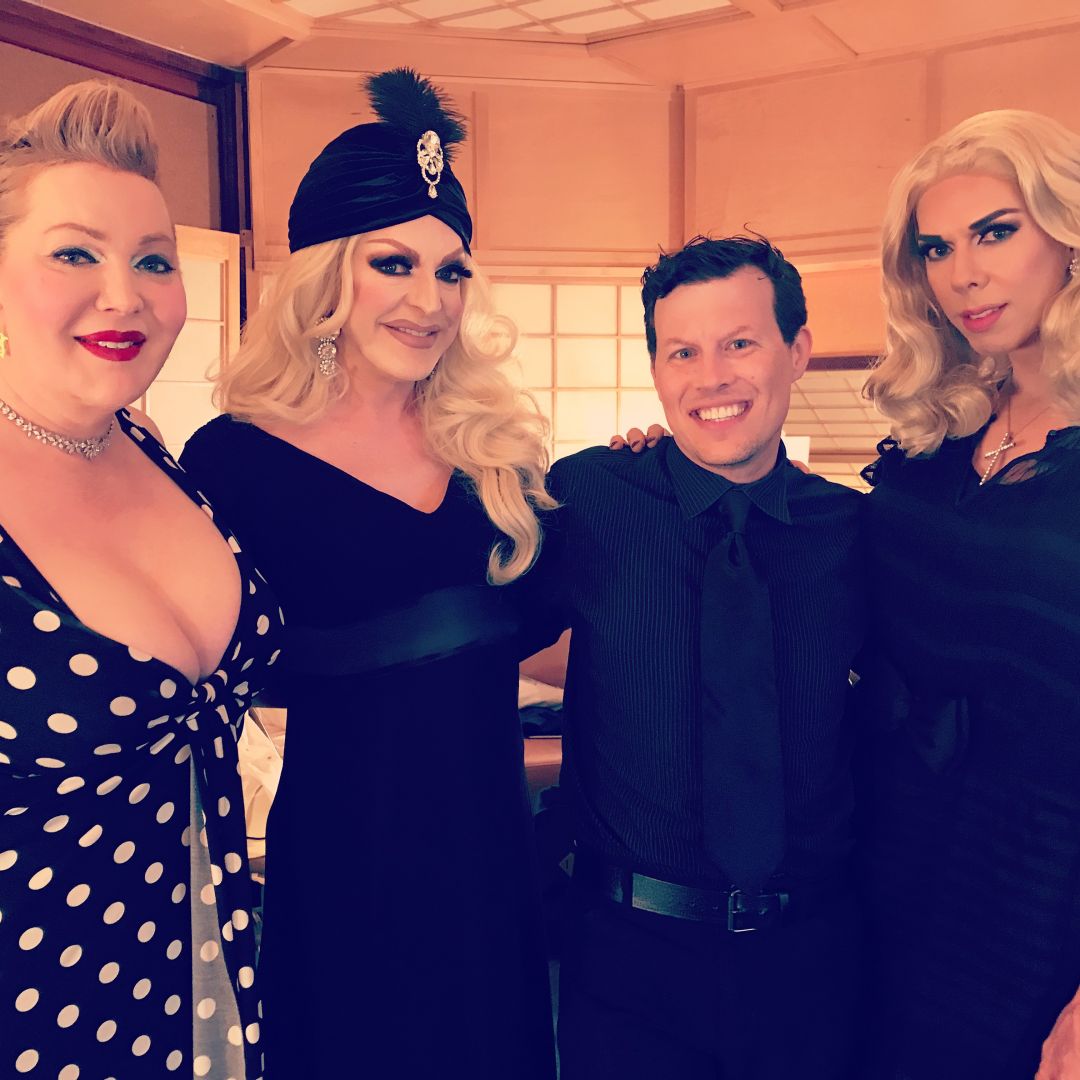 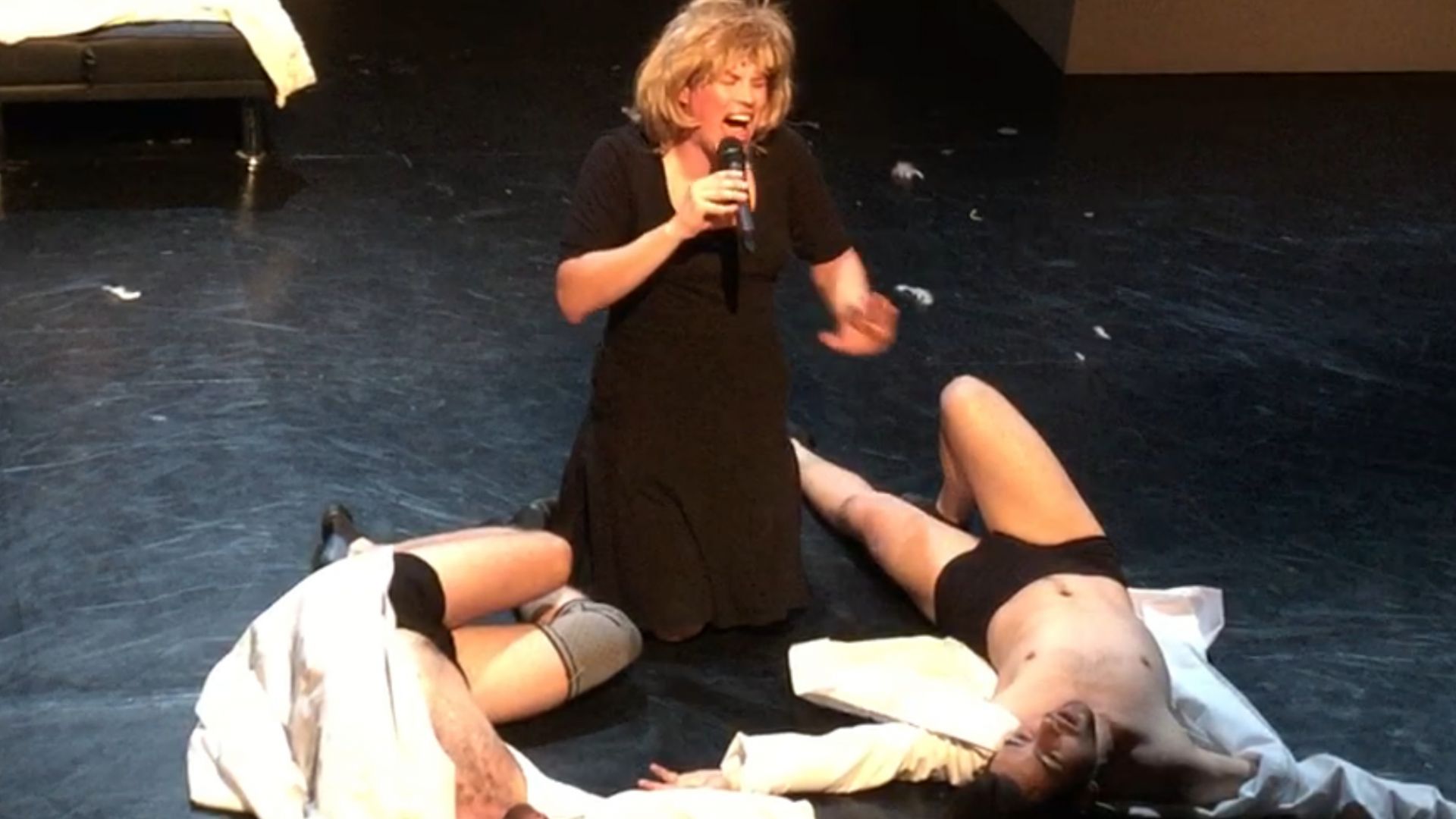 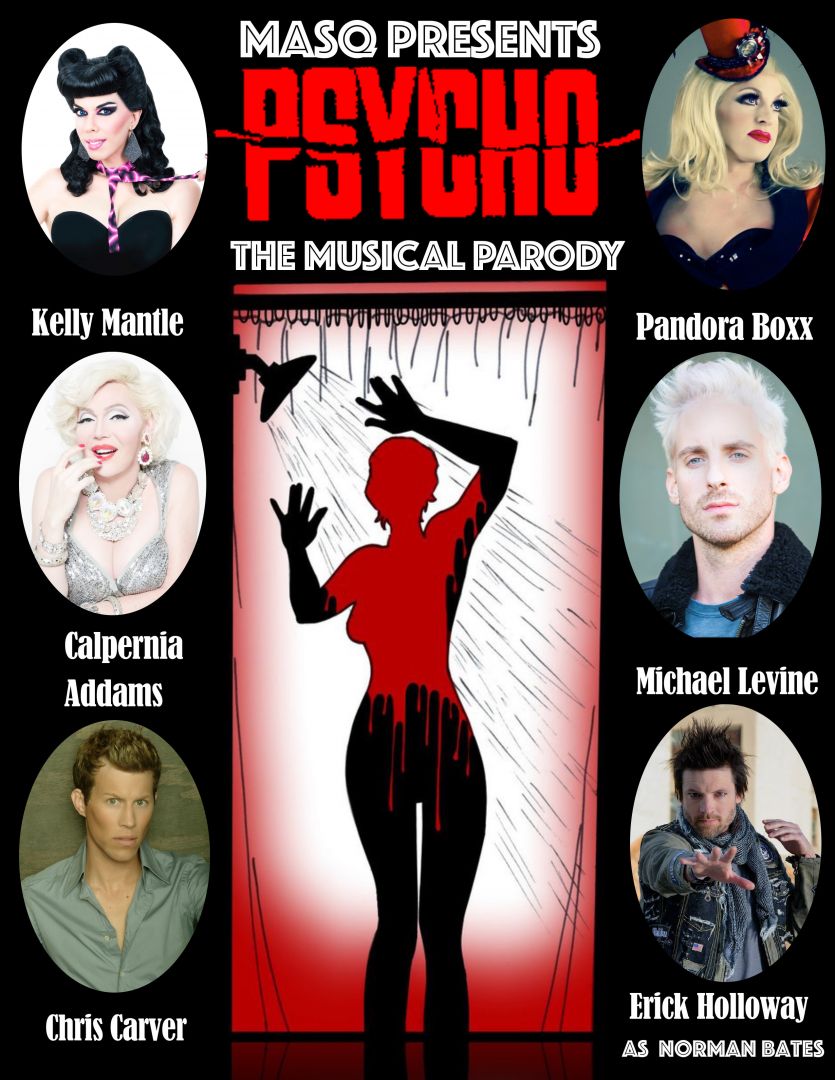 Let’s talk shop? Tell us more about your career, what can you share with our community?
When I started my theater company I knew we had to find a gimmick to set us apart from everyone else in town. I quickly realized that all the shows I seemed to be interested in directing contained at least some element of drag. So, I had the idea of forming a theater company around the art of drag. Later we would grow to include and feature the trans community as well. At the time I noticed there was a lack of representation in LA Theater for the drag and trans communities. It was my aim to rectify that. I didn’t want to simply cast drag performers as comic relief or as a plot device. It was my goal to cast drag and trans performers in legitimate roles that maybe had not been considered before. I am so proud with what we were able to accomplish for our LGBTQ community. MASQ would then produce an outstanding 45 productions in 5 years and secure numerous awards and accolades in cities such as West Hollywood, San Francisco and Palm Springs. Among those notable productions were a series of 8o’s themed musicals at the famed Strawberry Bowl in Orange County, Ca (Xanadu, Fame, Footloose), a controversial gender-bent production of the 60’s classic “Hair’ and the aforementioned “Psycho the Musical”. Whenever I direct, I like to give it my own unique spin…. When I directed “Hair” I was incredibly fortunate to be able to work with members of the original 1968 production team. When I told them I was updating the show to a future post apocalyptic America and focusing on modern political movements, they told me people will either love this or hate this. Well, they were correct. It was my most polarizing production to date. Even my interpretation of ‘Psycho’ was a little ‘off-center’. We leaned even further towards camp by making the cast all male and featuring cast members from ‘Rupaul’s Drag Race’. That change has helped bring ‘Psycho” to an entirely different audience and broadened our appeal ”
However, my most outrageous show was the one in which I was awarded “Best Director of the Decade” – “AfterGlow the 80’s Musical Experience”. The element I was most proud of was the wrestling . It was so unique to the theatrical experience but made so much sense. If you are doing a show about wrestlers, you need to show wrestling and the fans absolutely loved it. I’m excited to get another crack at the show because there were things I still wanted to incorporate and tweak; but, that’s really the case with every show I produce. There’s always something more that could be done. Something I feel could be made a little better.

If you had a friend visiting you, what are some of the local spots you’d want to take them around to?
Whenever someone comes to visit, I have a pretty standard literary. I usually start with a hike at Runyon Canyon and then a drive through the Hollywood Hills to get the perfect view of the Hollywood sign. I then like to stop by Griffith park and visit Bronson Canyon. This is one of my favorite spots in LA. If you don’t know it’s the original BAT CAVE from the 60’s Adam West series. I find this is always such a cool thing to actually experience. I would then continue through Hollywood highlighting all the famed tourist attractions like the Chinese theater and Hollywood walk of fame (Because you have too). Lunch would take place at the Formosa Caffe. To me this is one of the best reflections of old Hollywood. It truly feels like you have stepped back in time. It feels like Lucy and Ethel could burst in at any minute. A trip to LA just isn’t completely with out a trip to the beach. Venice beach is a must see for anyone visiting from out of town as is the Santa Monica Pier. Marina Del Ray’s Italian restaurant C& O is a particularly favorite in the area. I would then finish the evening back in Hollywood at the Chateau Marmont. A little known secret…. the bacon wrapped, bourbon soaked apricots at Bar Mormont are to die for…… 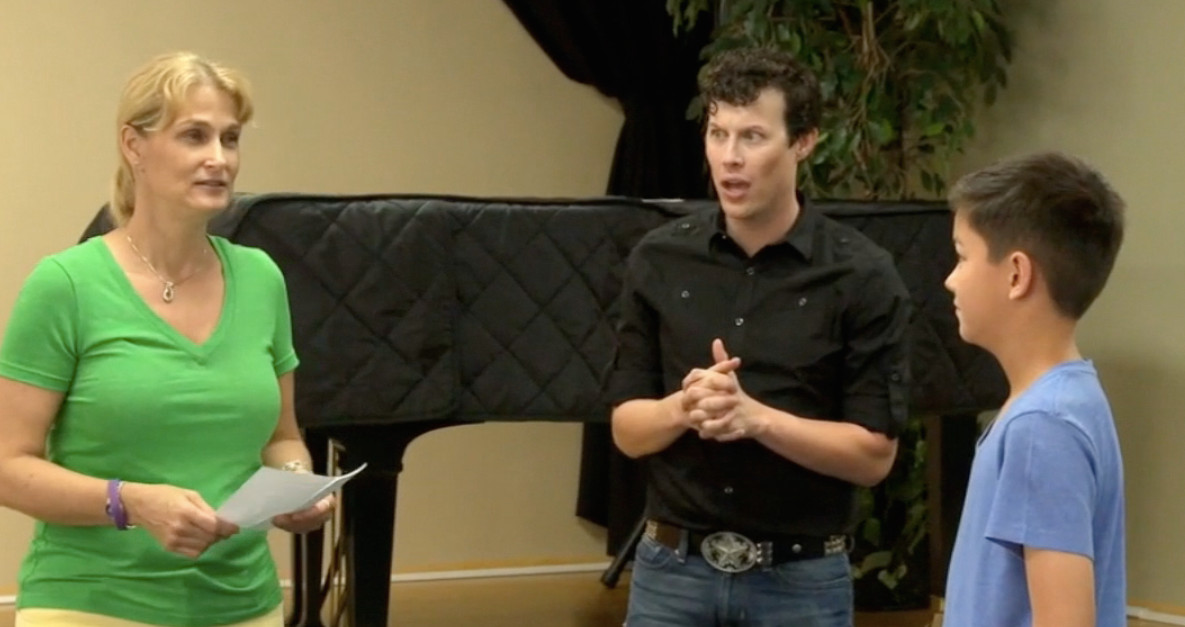 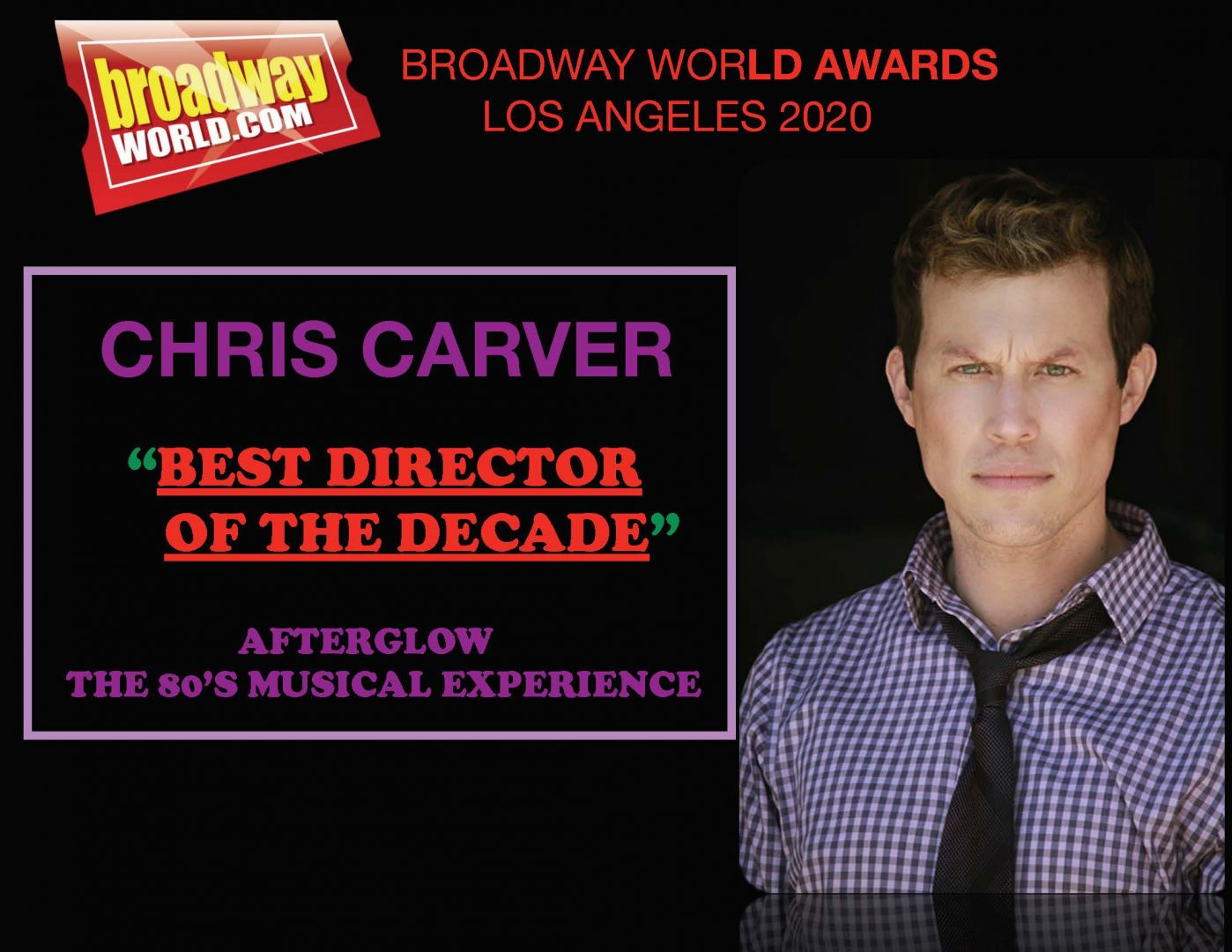 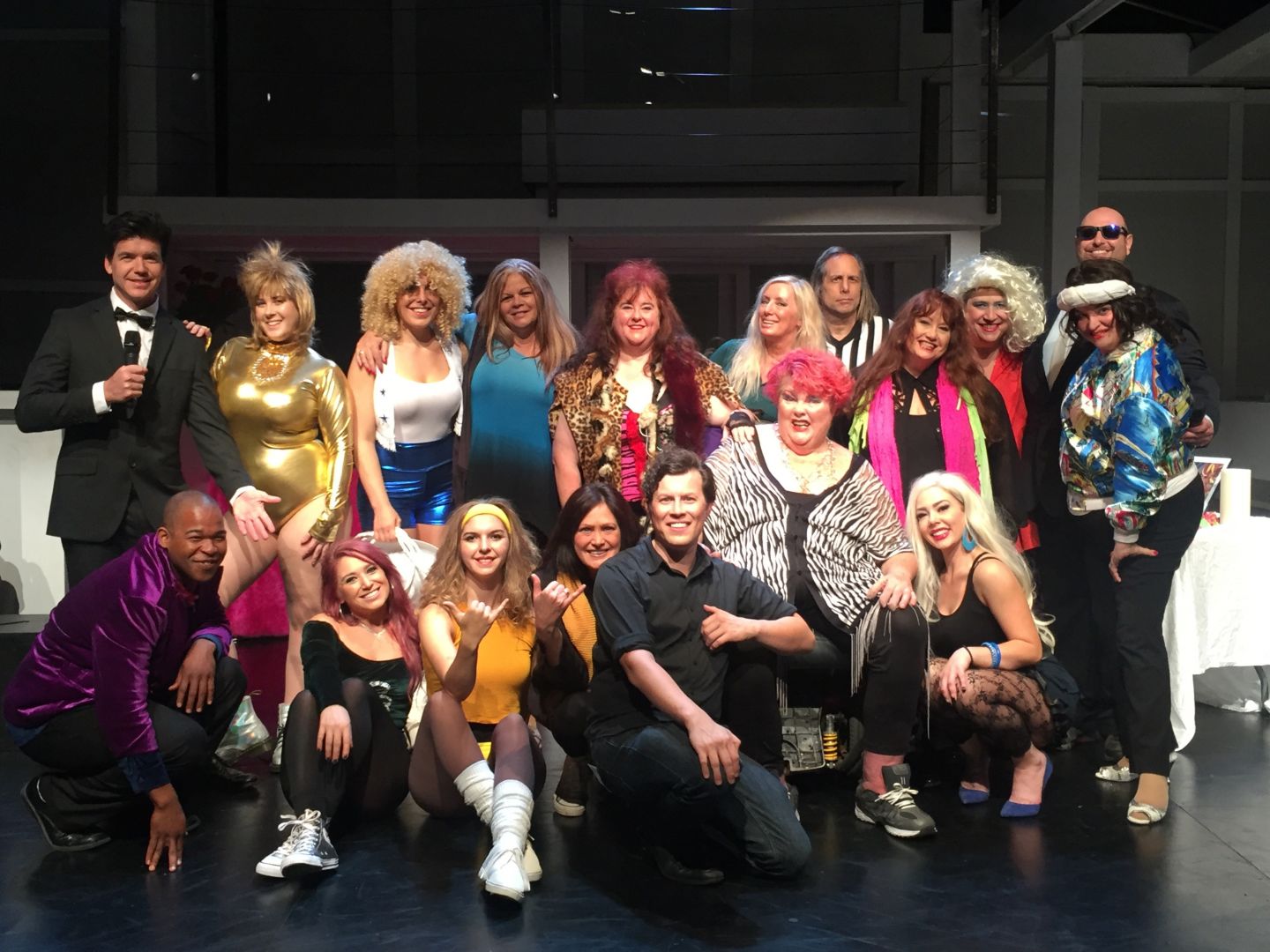 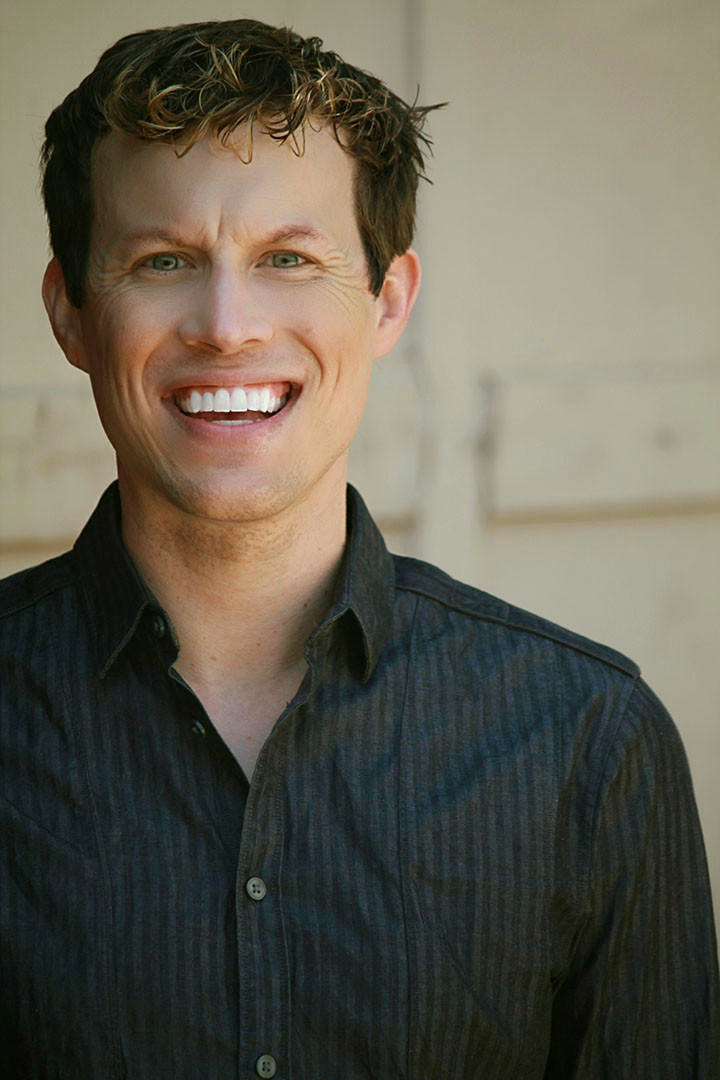 The Shoutout series is all about recognizing that our success and where we are in life is at least somewhat thanks to the efforts, support, mentorship, love and encouragement of others. So is there someone that you want to dedicate your shoutout to?
I want to Shoutout to my dear friend and current producing partner Tracee Meltzer (AKA Roxy Astor). Tracee was one of the Original Gorgeous Ladies Of Wrestling and has become such a friend over the years. In 2017 Tracee came to see my production of “Psycho the Musical” in Long Beach. After the show she approached me and and wanted to work together on developing a stage show featuring the original women of GLOW (The Gorgeous Ladies Of Wrestling). At the time the Netflix series GLOW was extremely popular; and, I could tell this idea really had a lot of potential. We then spent a year developing the project and the end result was a musical tribute featuring 5 of the most popular original GLOW cast members. The show even included a full wrestling ring on stage, wrestlers, drag queens, and lots of music from the 1980’s. It was truly one of my favorite experiences. It was so fun developing a show from the ground up and then seeing it fully realized. It went through many stages from where it started to where it ultimately ended up. Tracee was, and is still, the driving force behind this project. Her passion is infectious and allows you to stretch your mind to where theater can truly go. I am in awe of her work ethic and drive. Honestly I have no idea where she finds the time to manage all the many projects she juggles at once. She is someone who continues to solidify her stellar reputation in this industry and has truly carved out a lane entirely her own. It is an honor to call you my producing partner.