We had the good fortune of connecting with Coco Columbia and we’ve shared our conversation below.

Hi Coco, what led you to pursuing a creative path professionally?
Making music helps me make sense of my experiences and my emotions. I’m able to express things I couldn’t tell anyone; feelings I couldn’t even articulate to my closest friends. I experience music like a loyal golden retriever— It never fails to bring me joy and it’s always within reach. At the same time, it’s elusive and mysterious and I’ll often find myself chasing a sound or a feeling the same way I’d chase a new lover. I never feel as high as when I’ve just written a new song or when I’m able to transform pain and heartache into something beautiful. When I experience music on this level it’s makes me manic— it’s euphoric, like weed or wine or the wildest sex—only better. Whenever I’m in a phase where I’m writing a lot of new material, I never find myself reaching for substances or distractions and I feel happy and content to be alone with myself. Even when I have writer’s block, I always find joy in discovering new artists or exploring other creative art forms that inspire me and lead me back to making music. I’ve struggled to find my place in the world and music gave me an opportunity to carve out a space for myself. Artistic career paths are not easy, but worth pursuing. Anything creative is worth pursuing even if it never becomes the artist’s main source of income. It’s soul food. One of my favorite writers, Kurt Vonnegut, says this so well: “Practicing an art, no matter how well or badly, is a way to make your soul grow, for heaven’s sake. Sing in the shower. Dance to the radio. Tell stories. Write a poem to a friend, even a lousy poem. Do it as well as you possibly can. You will get an enormous reward. You will have created something.” 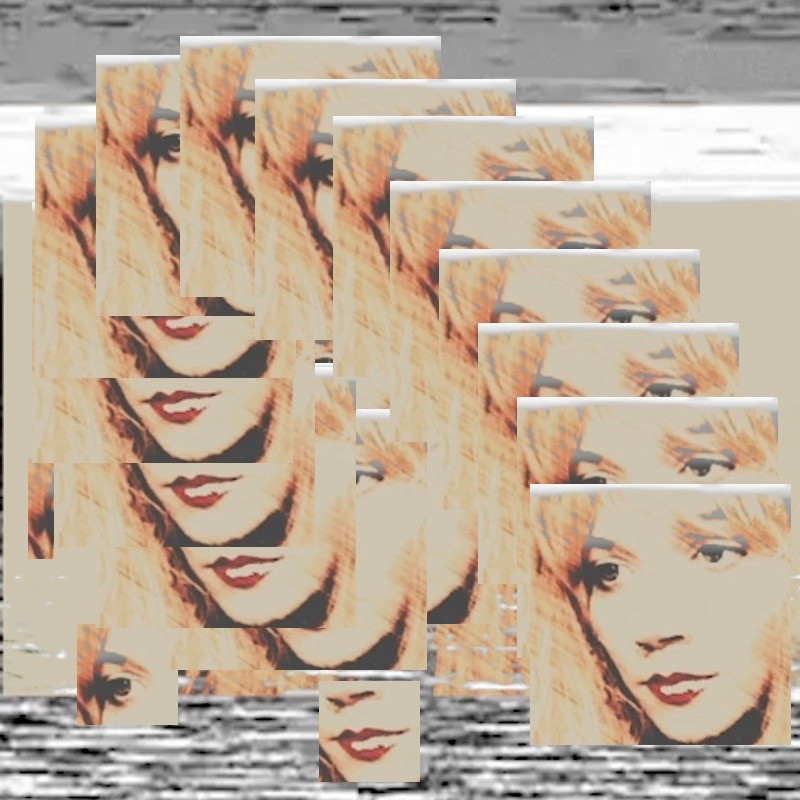 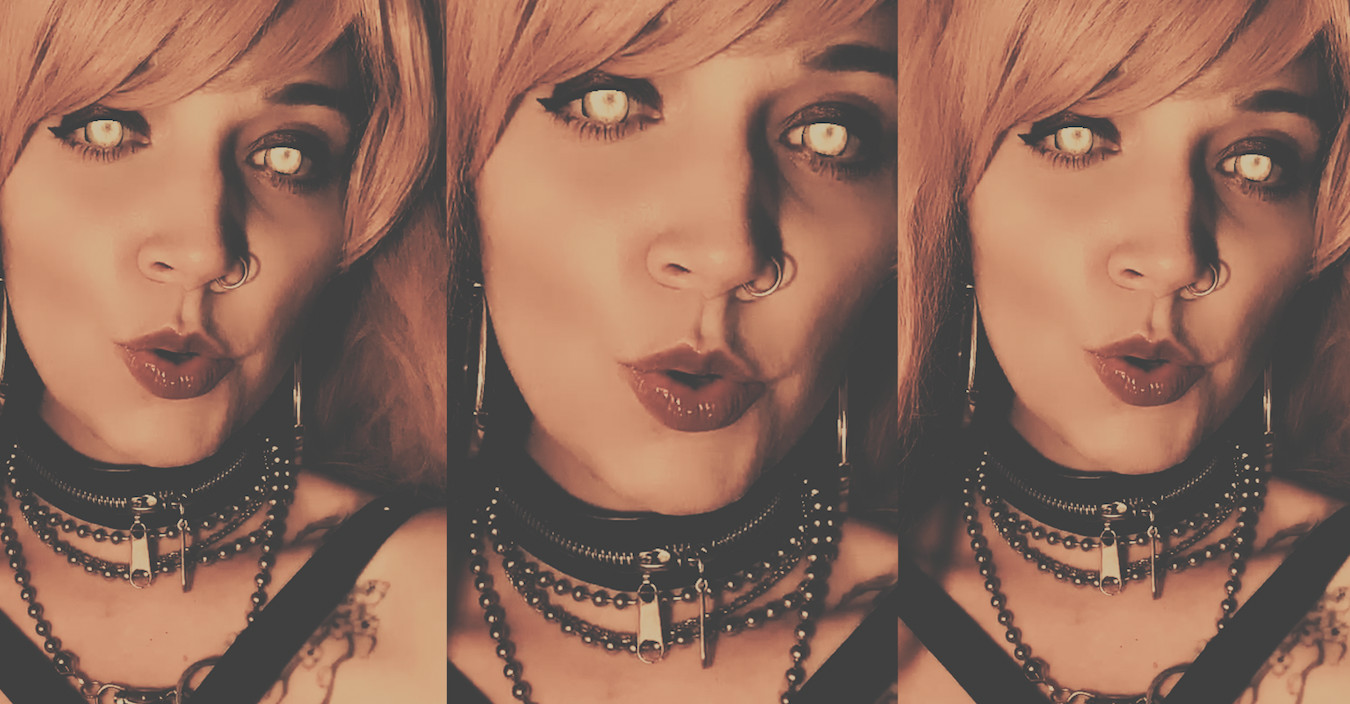 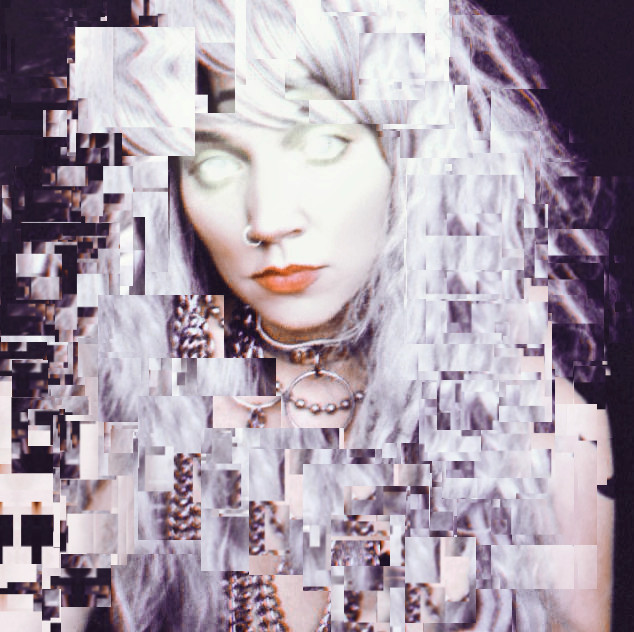 Can you open up a bit about your work and career? We’re big fans and we’d love for our community to learn more about your work.
Please tell us more about your art. We’d love to hear what sets you apart from others, what you are most proud of or excited about: On stage and online, I’m an android posing as a human pop star in dystopian Los Angeles in 2099. The story is unfolding slowly. It will be revealed on my upcoming records. Off stage and offline: I’ve recently self branded my new music as “cyber pop” made by a “diy princess” and the only reason I even say that shit is because artists in LA get pressured into branding themselves. But every time I look at my Instagram bio, I just kind of laugh at myself. The truth of what I am is a former jazz drummer that decided to leave the male centric jazz scene to enter a domain where female artists are more empowered– in pop music. The music itself is inspired by a lot of pop, rock, RnB, and nerdy modern jazz artists like that play around with weird grooves and time feels. I’ve gone the more electronic route recently since it’s easier to have more control over writing and production and also to avoid paying up the ass to record a full band in the studio. But it’s crusty and raw and heavily inspired by many “alt” artists in all genres. Sometimes I use weird harmony, sometimes I stick to pop chord progressions, it depends on what each song requires. I follow my feelings and intuition and try not to get too in my head about certain things. I’ve rebranded my sound since my first two records and that has taken a little time. I’m sitting on two unreleased records because 2020 felt like a bad time for a relatively unknown artist to release records. I’ll be releasing singles until I feel it’s worth it to release the full records. I’m excited about my new music, I feel I’ve found a new unique sound and I’m excited to share it with the world. How did you get to where you are today professionally. Was it easy? Naaa it wasn’t easy. I emailed the crap out of every venue in Portland for a year until I started getting booked. My first two records (especially my second record) were branded “weird” to say the least, but it ultimately worked out in Portland, a city that prides itself on it’s weirdness. We started playing really awesome shows and then my second record was named best jazz album in Portland in 2016, which felt amazing even though it wasn’t a jazz record. Then I realized I could only go so far in Portland and decided to move to LA to see where my music could take me. Most of the challenges I’ve faced have revolved around not being taken seriously or not having enough money or connections to make things happen. I’ve been very frustrated for a while, but recently decided to relax about it and enjoy making music separately from the desire to “make it” or “become famous.” I’ve enjoyed creating from that mental space a lot more. How did you overcome the challenges? I haven’t yet. But the smaller challenges I have overcome have come from relentlessly putting myself out there and branding myself for the superficial music industry. Not bitter at all haha What are the lessons you’ve learned along the way? Trust no one. Kidding but not kidding. I’ve learned to not trust people until their actions match what their mouth says. And that combo can be hard to find, especially if there is no money involved. And I’m taking about the industry, not about my band. I have amazing band members. What do you want the world to know about you or your brand and story? The experience and loneliness of mental illness in our modern society is what I’d imagine the world’s first conscious android would feel like in 2099– Alive and Alone. Stay tuned. 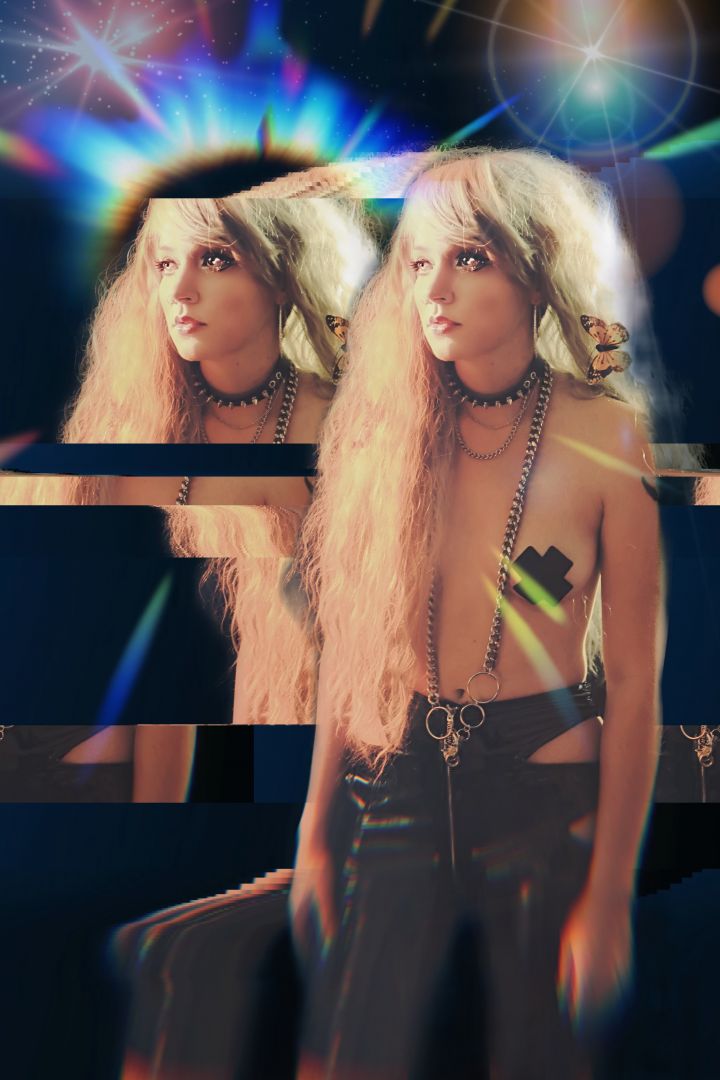 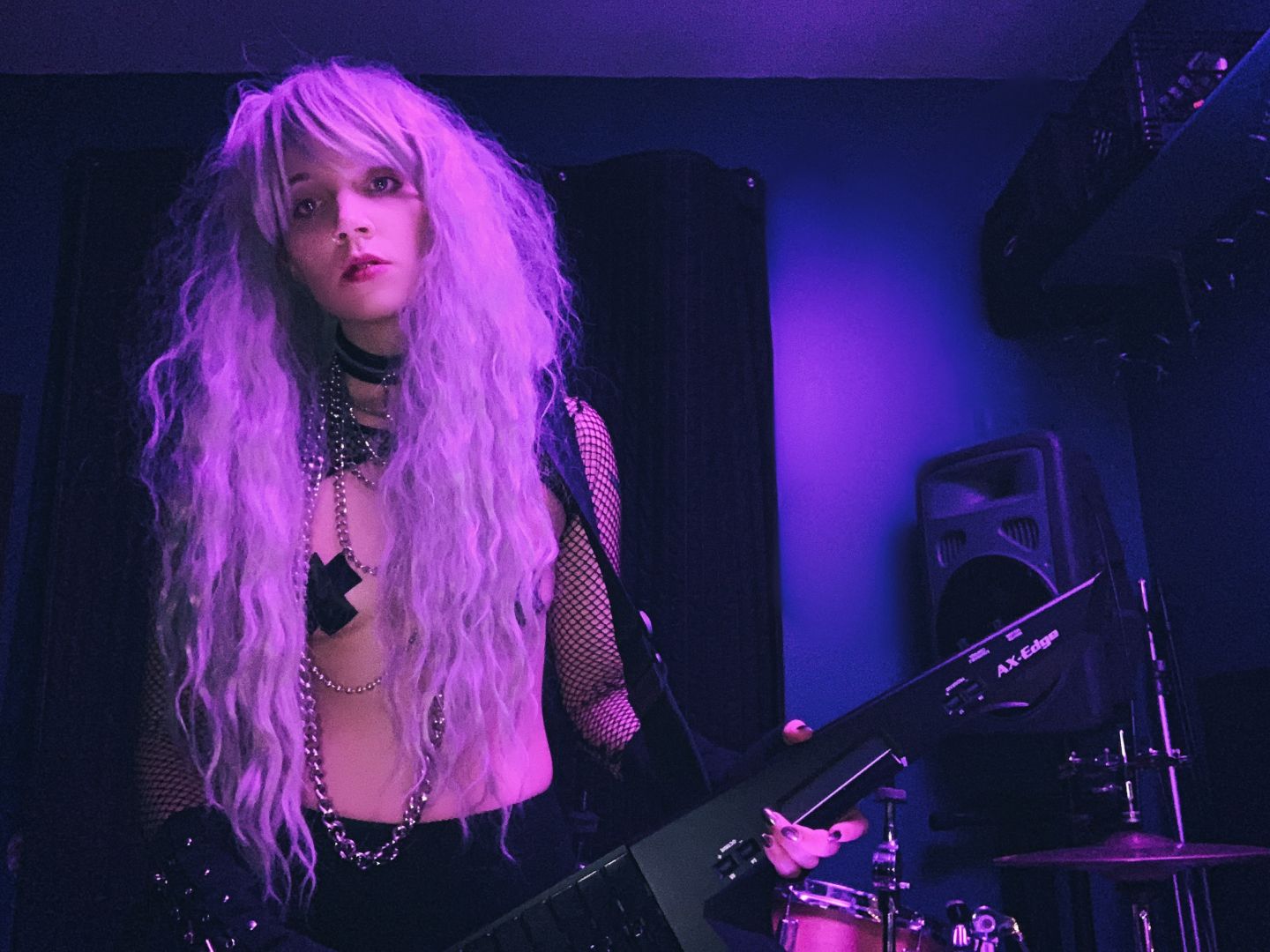 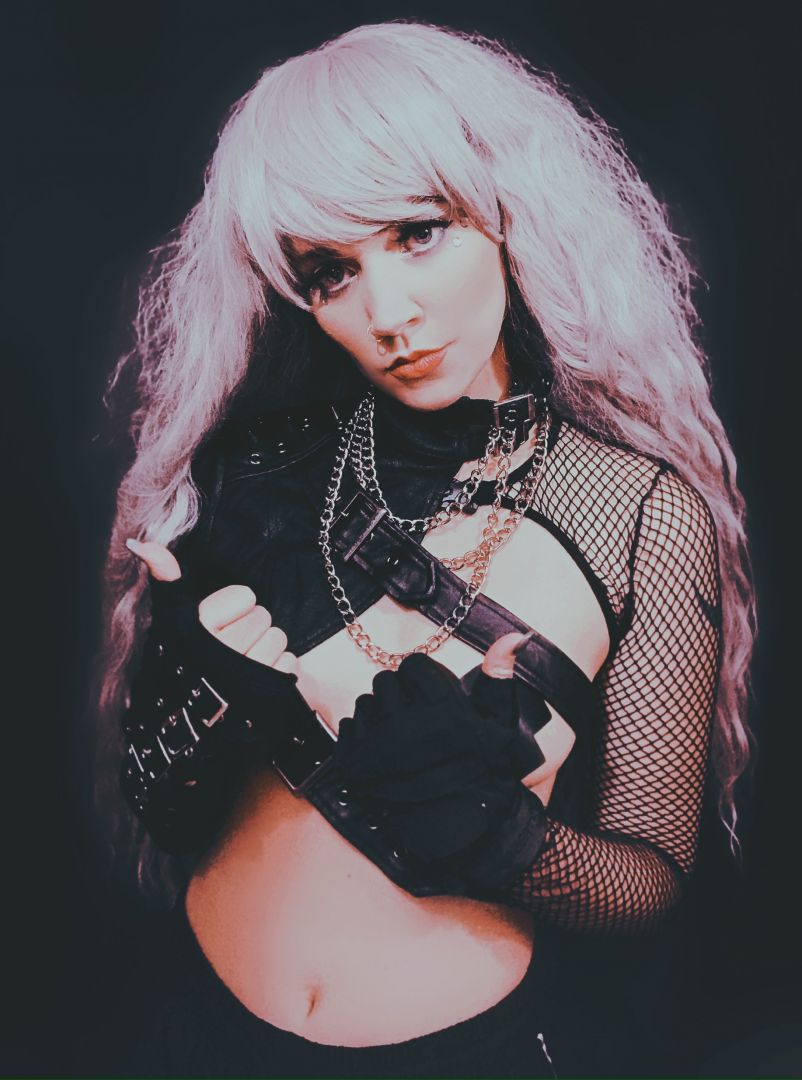 Let’s say your best friend was visiting the area and you wanted to show them the best time ever. Where would you take them? Give us a little itinerary – say it was a week long trip, where would you eat, drink, visit, hang out, etc.
We’d go to Dune in Atwater Village. We just stay there and keep eating until our stomach’s explode. 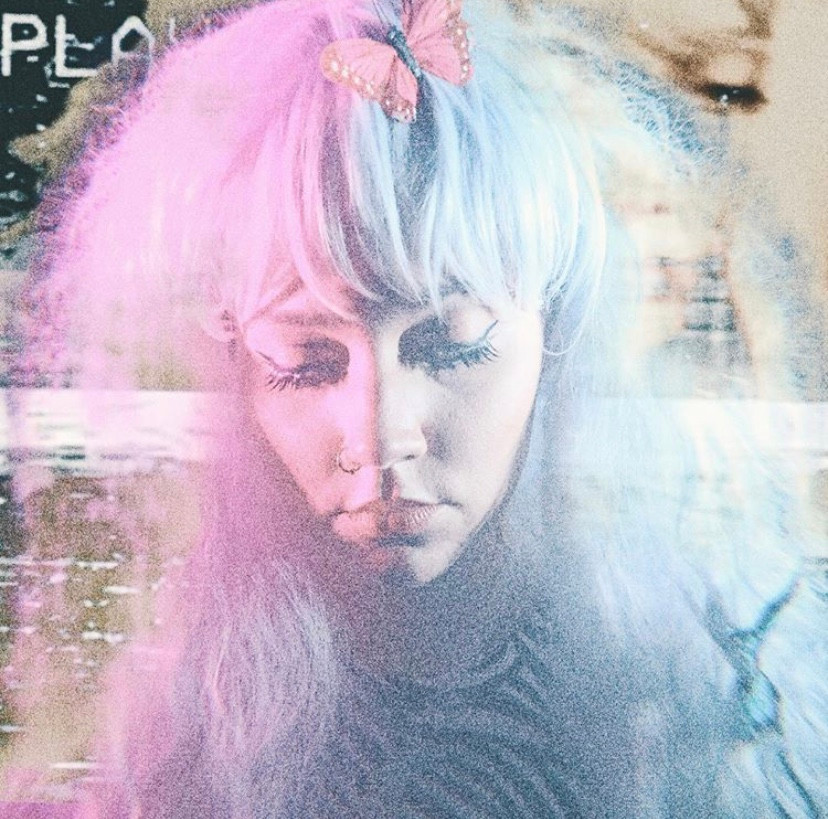 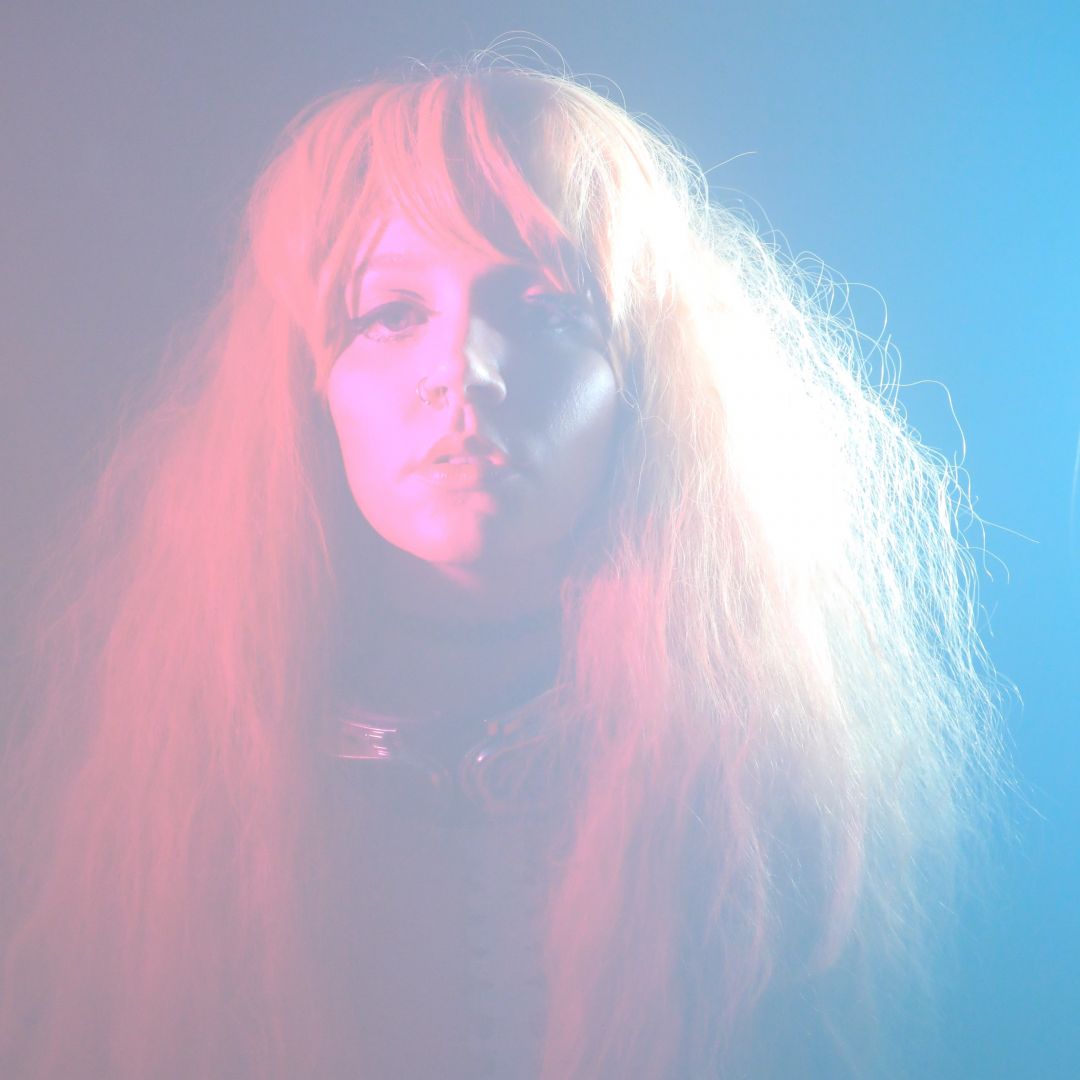 Shoutout is all about shouting out others who you feel deserve additional recognition and exposure. Who would you like to shoutout?
I would like to shoutout to my producer, guitarist and best friend, Grant Sayler. I grew up playing the drums and had never written songs or sang. I dropped out of the jazz program at Portland State University and started teaching myself how to make beats, write songs and sing. Grant and I had been in the music program together, (we had played in a couple of the same bands) so I asked him if he would play guitar on my new solo music. I remember being pretty afraid to show him my music because I really looked up to him as a musician. He was, in my opinion and many other musicians’ opinions, one of the best guitarists in Portland. At first he was like, “wait you play drums on this?” and I was like “yeah, but I’m also the singer.” Then a friend of ours released a song I sang the hook on and he told me “I think you have something special.” That was 6 years ago and he’s played in my band for most of that time and is the only person who has ever cowritten on some of my songs. He also became my producer two years ago, as he has now become a very talented producer. Having him in my life has been crucial to my musical development as a solo artist. I feel lucky to have him by my side because he is one of the most talented musicians I have ever known. He’s like family.