We had the good fortune of connecting with Cody Harrison and we’ve shared our conversation below.

Hi Cody, how has your background shaped the person you are today?
I grew up in a faraway land called Montana, about an hour south of the Canadian border, near the continental divide and Glacier National Park. I think growing up in this part of the country/world instilled in me a natural appreciation for this beautiful planet, but it wasn’t until I was in college that I became interested in working in the environmental/social impact sectors. I guess until then I didn’t understand quite how messed up everything was. See, I grew up with a lot of privilege. Like a lot a lot. Cis-gendered straight white able-bodied/minded upper class male. Pretty much all the classic labels of privilege. But I at least knew that to some extent. In Montana, like many states in the US, there is a “third world” just a short drive away, for us in the Flathead Valley that “third world” could be found at the nearby Blackfeet reservation. The remnants of a not-quite finished genocide. Of course, the cultural story in Montana explaining the reason for the destitution on the reservation did not focus on the genocide, it focused on the drug use and alcoholism of the tribal members, basically skirting the wider context entirely but that’s another story. Regardless, conditions like this, plus the fact that both my parents were physicians meant I grew up being confronted by inequality frequently, although I certainly didn’t get the “big picture”. It took a bit of travelling internationally to shake me out of my complacency and ignorance. In particular, a trip to Kenya and Tanzania with my family when I was about 20. The trip was part safari part medical tour for my parents so they could get a couple “continuing education” credits and use a portion of the cost of the trip as a tax write off. The “medical tourism” portion of the trip consisted of visiting a private hospital in Nairobi, which was, at least to my mostly untrained eye, indistinguishable from a modern American hospital in terms of equipment, sanitation, infrastructure/technology, general layout etc., the only noticeable difference was the skin color of the doctors and patients. Then we visited a rural health care clinic if you can even call it that and found the complete opposite. Lack of basic sanitation, total lack of equipment and human resources, two women to many of the beds in the maternity ward, basically deplorable conditions given the wealth that we clearly have amassed as a species. This experience, in combination with things like driving by the slums of Kibera in our air conditioned Land Rover, and seeing the number of children, many likely orphaned, begging/living on the streets of these “developing” nations, left a lasting impression on me. 3 months after this trip to Africa, while driving back from another bit of international travel to Costa Rica, which was much more hedonistic than enlightening, I had what I guess can be called an epiphany. I decided I found it flat out unacceptable that with all our wealth, knowledge, intelligence, skill, technology, and raw materials we allow fellow members of our human family to go without basic human necessities by the billions. We allow children to starve to death or die of diarrhea by the millions. Every. Single. Year. Nearly 2 million children every year literally shit themselves to death because the rest of us are too ignorant or complacent to demand change, while the powers that be hoard clean water and sanitation services over them with a price tag they cannot afford under the economic system controlled by those same people. Another 3 million children die every year of starvation and lack of proper nutrition. Meanwhile, to grow food we offer to sell these countries poisons and synthetic fertilizers whose foundational technologies were originally developed during WWII as chemical weapons and bombs. I decided in that moment, sitting in the backseat of my friend Eli’s car, driving from Miami to Durham after a spring break trip in Costa Rica, that I would not work on anything that wasn’t at least tangentially related to food, water, energy, housing, healthcare, or education until every person on that planet had equitable access to those things. I incorporated Corona Enterprises, LLC about 9 months later. I try to stay away from “beliefs” as I think they can be a bit dangerous, but I believe now more than ever that we have the solutions to provide basic human necessities to each and every one of our fellow humans not only sustainably, but in a way that systematically regenerates our ecosystems and the tree of life that at the moment we seem hell bent on hacking back to its very roots. 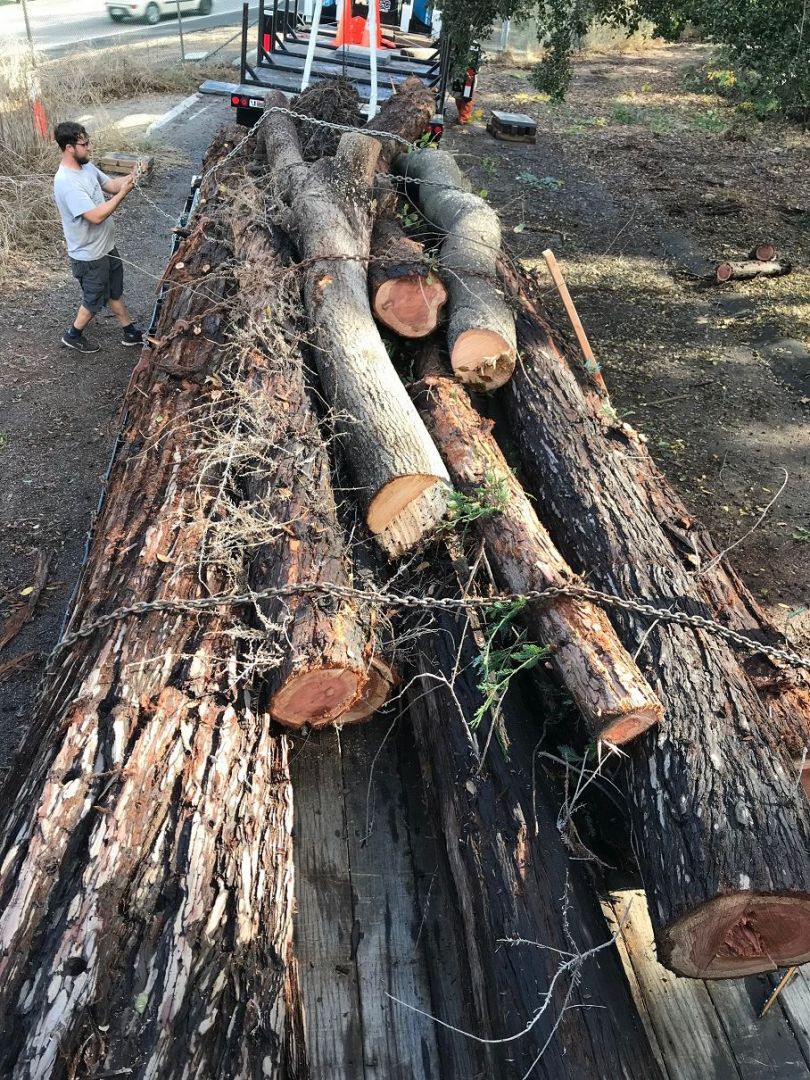 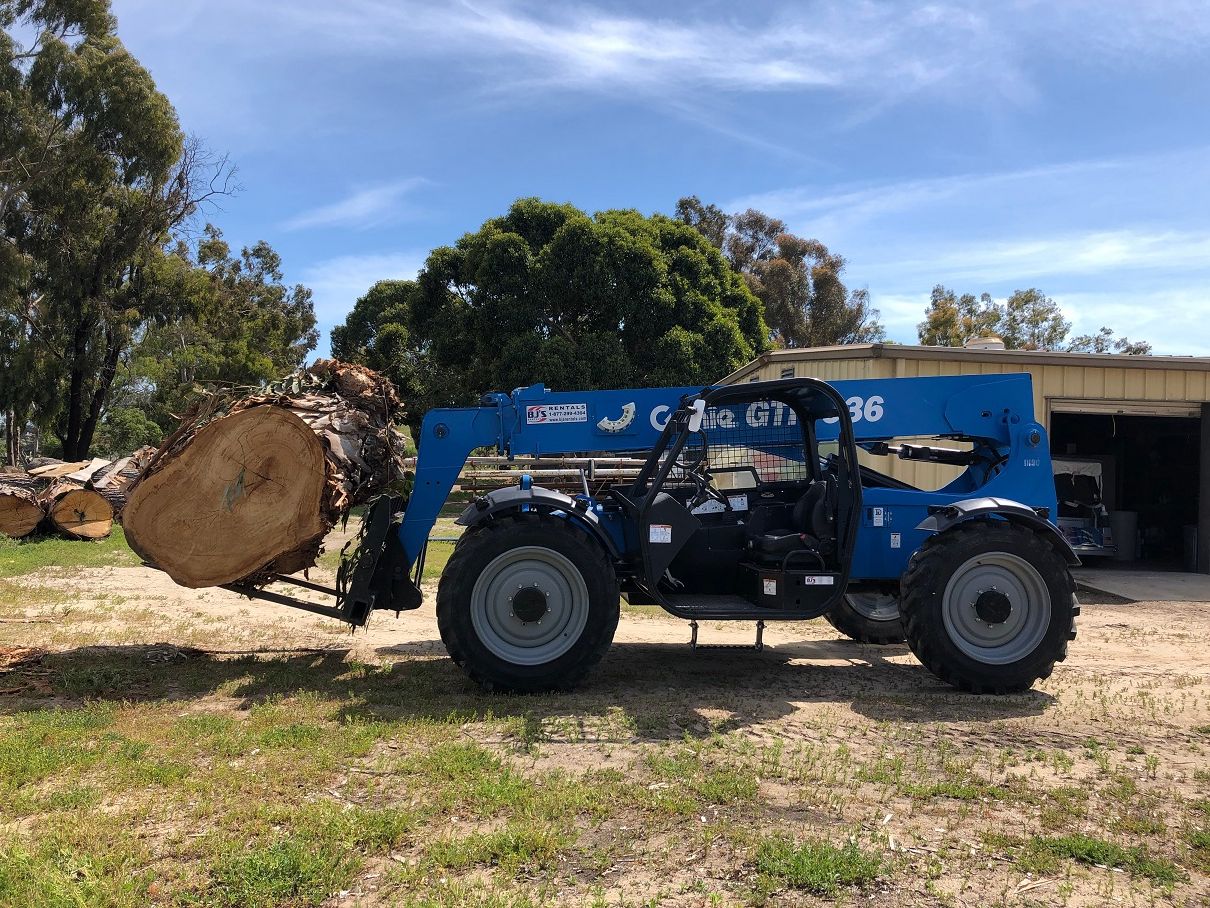 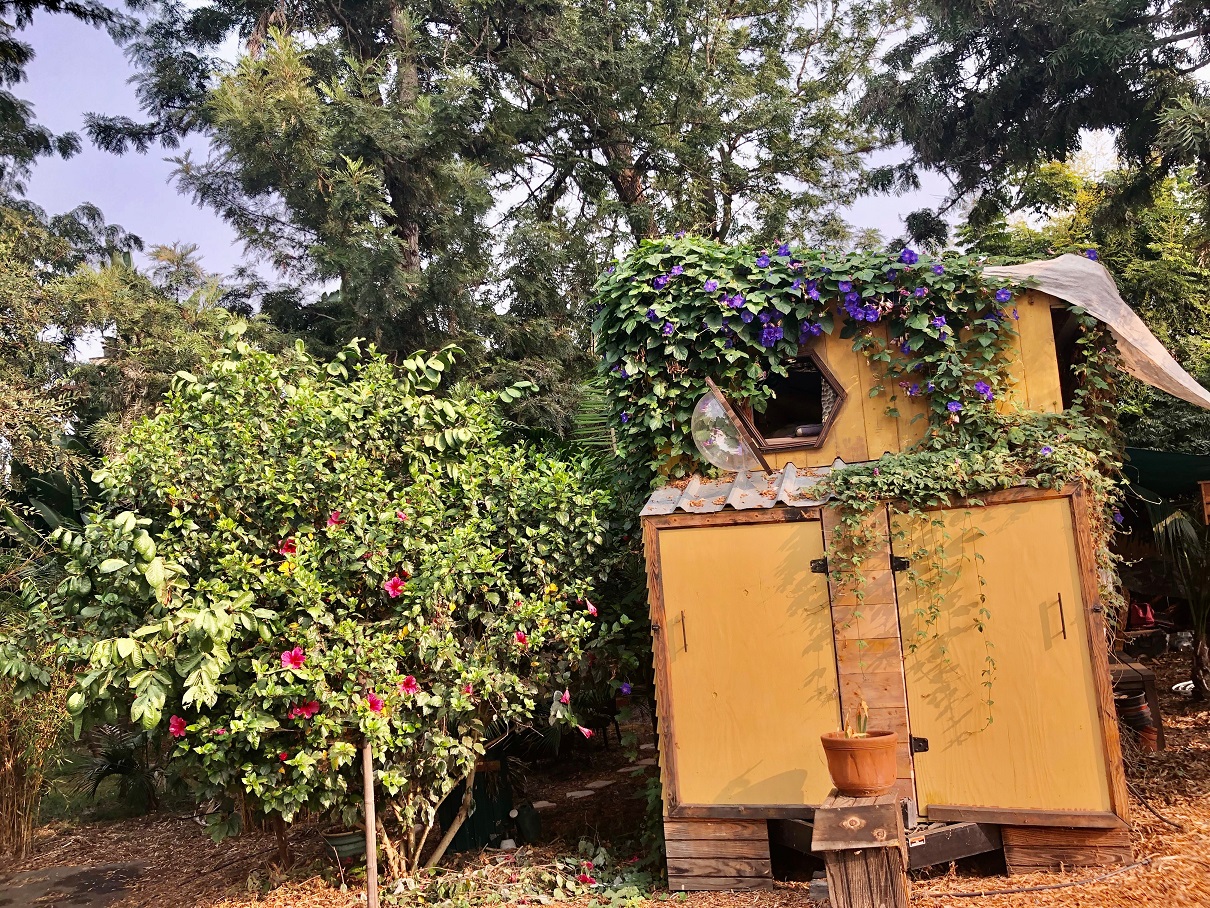 What should our readers know about your business?
The Earth is abundant and we can pool our resources to create essential goods and services using automation at large enough scale that their price starts to drop. Not only can we make these things much CHEAPER, but I think together we can make BETTER versions than what’s on the menu of this twisted crony capitalist system we’ve ended up with. We can do better than Pepsi vs Coke. And maybe most importantly I think we can actually do all this in a way that REGENERATES our ecosystems. We can set up our economy so that the more houses we build the greener and healthier the Earth becomes because we teach each other how to be a regenerative keystone species in all of the places we habitate, something many humans have learned over the eons, while many more have not. The only way Corona Enterprises will be able to do any of this is if tens of thousands of local people sign up as members in the co-op… Our solution is to build a large regional cooperative where we invest in technologies that automate the process of producing high-quality food, water, energy, and housing in ways that regenerate our ecosystems (while buying a stake in those ecosystems, because regenerative processes have an amazing ROI and to better steward nature). So I have decided to convert the LLC I started back in college into a cooperative dedicated to designing, building, and operating these regenerative systems, particularly ones well-suited for automation. The idea would be to increase the supply of high-quality versions of basic human necessities and thus drive the marginal cost of those necessities to near zero. Imagine being able to meet all your basic needs with even just 10% of your income. How would your frame of reference for money change in that world? Imagine if you co-owned your city with your neighbors, like had true equity in its operations and infrastructure. Imagine if your city had the perks of Google (free meals from 5-star chefs, weekly massages, 401k match etc.). And imagine a ring of green expanding out from it with nature just getting more resilient the longer people live there… Our goal is to address the absolutely heinous social inequities and outright violent crime that we have allowed the system to perpetuate on a huge proportion of our human family. It has gone on too long and we must end it. Now. It is time to give equity to our disenfranchised communities, we need to give people WHAT they need, WHEN they need it. We have the wealth and knowledge to do this for every person on the planet. Humans are an incredible species, and if we align incentives correctly we can eliminate poverty on this planet. As we lift up the least among us and take the yoke of planned obsolescence and artificial scarcity off all our backs (but particularly our Black, Brown, and Indigenous siblings of color who have been oppressed, murdered, and terrorized by a relentless machine of systemic white supremacy for hundreds of years) We think we’ll all be blown away by what we can accomplish together…

Any places to eat or things to do that you can share with our readers? If they have a friend visiting town, what are some spots they could take them to?
The Flathead Valley has all sorts of incredible experiences ripe for the picking. I would take them to the lakes and rivers, skiing if it’s wintertime, up to Glacier National Park if it is summer. And of course, we would have to get a pizza and a beer at Moose’s! 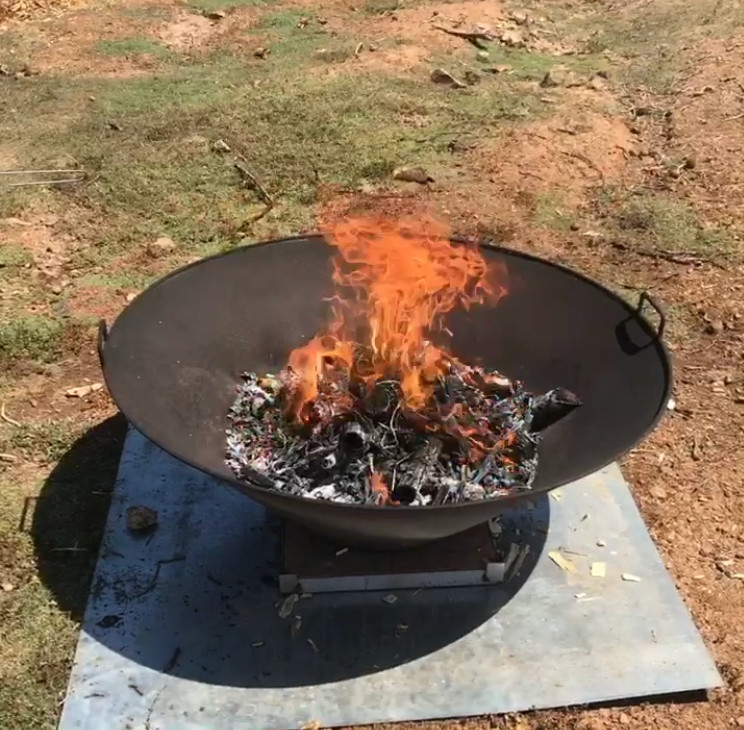 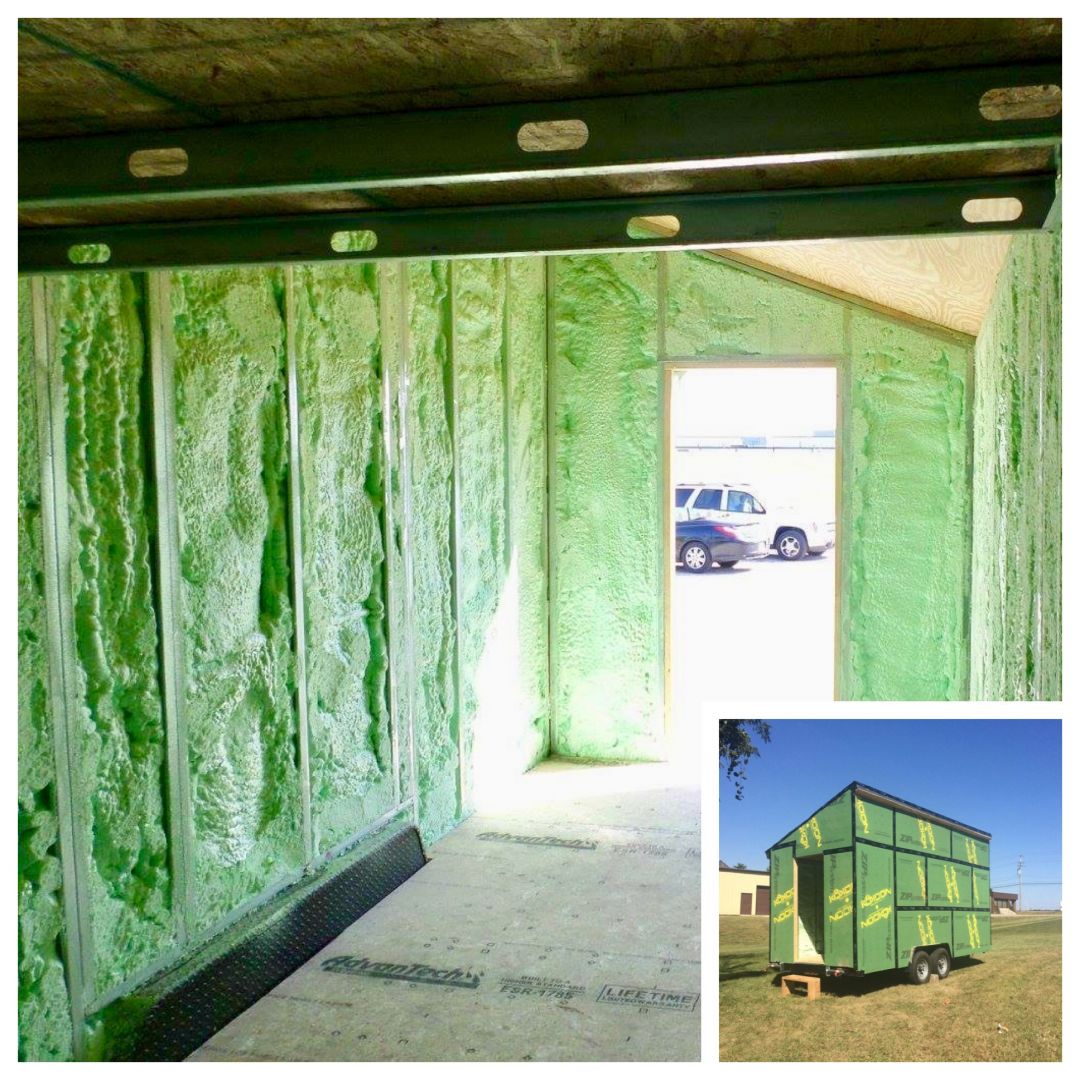 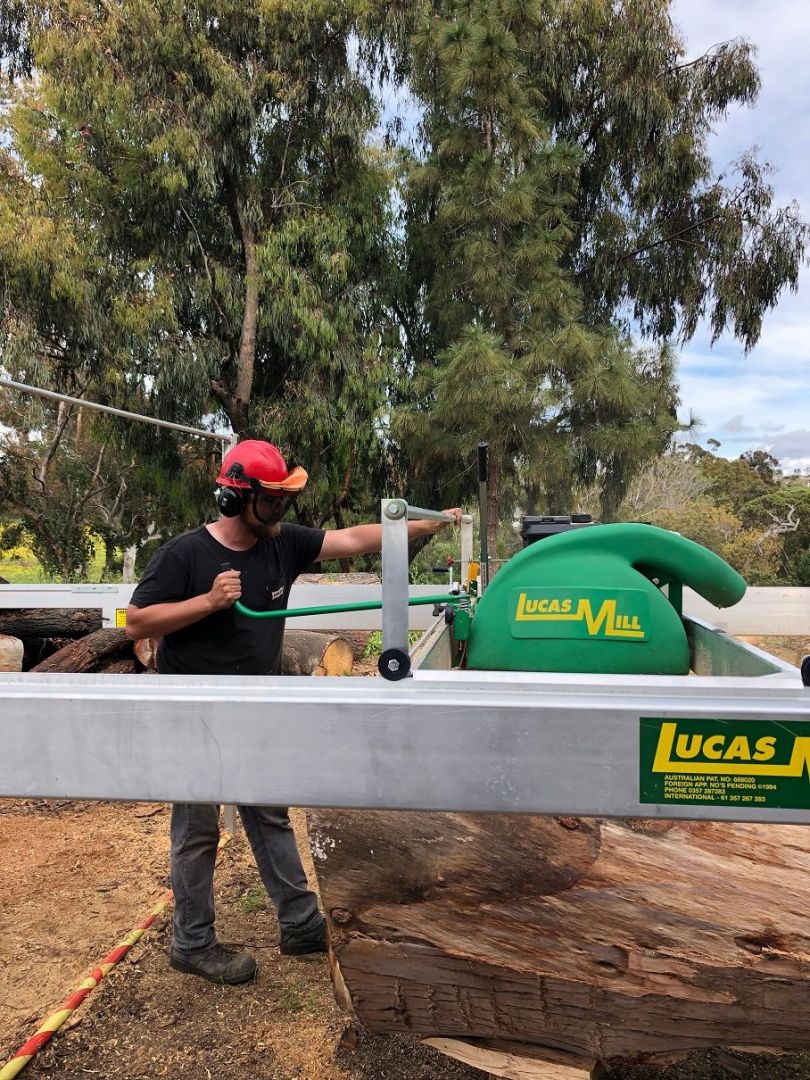 The Shoutout series is all about recognizing that our success and where we are in life is at least somewhat thanks to the efforts, support, mentorship, love and encouragement of others. So is there someone that you want to dedicate your shoutout to?
I’d like to dedicate this shoutout to my parents, who gave me the opportunity to see some of the world which opened up my eyes to the gross inequities in our current system. I’d also like to shoutout Bill Mollison, Jacques Fresco, Jeremy Rifkin, Marcin Jakubowski, and many others for helping to show me a better way.