We had the good fortune of connecting with Colby Kennedy and we’ve shared our conversation below.

Hi Colby, we’d love to hear about a book that’s had an impact on you.
When I lived in Japan I walked into an English language bookstore (I can speak a lot of Japanese. I can’t read a damn word.) As I surveyed books I spotted one that some people were assigned to read at my high school, but I had not been assigned. It was Guns, Germs and Steel: The Fates of Human Societies by UCLA Professor of Geography Jared Diamond. It was bonkersville. To this day it is my favorite book. In short, it’s an attempt to explain inequality and why human history has played out like it has since the Neolithic Revolution 13,000 years ago.

For like, 600 pages, this guy goes into detail about bird droppings, animal bones, the way certain plants’ seeds behave and all kinds of other sexy stuff. Instead of racism or a few Great Men explaining why historically certain peoples dominated others the book explains events through environmental determinism like an east-west axis with a similar climate that supports the spread of food production or a suite of native plants and animals which provided more protein and labor than other parts of the world. You have to fight through it, but at the end of every chapter you’re left with an epiphany of why the world is the way it is. The book takes a multi-disciplinary approach to these huge questions and the exhaustive way it attempts to answer them is impressive.

I’m very curious. I’ve always been interested in macro questions like what form AI will take in the future or how the brain works so this book is right in my wheelhouse. GGS has inspired me to read other books on heavy subjects like the genocide of Native Americans in the United States, the intersection of science and religion and the changes society could undergo as a result of the rise of artificial intelligence.

In my comedy I like to juxtapose these “high brow” subjects with inane everyday topics like when I “interviewed” Margaret Atwood (author of The Handmaid’s Tale) about dating but used her comments about totalitarianism as answers. 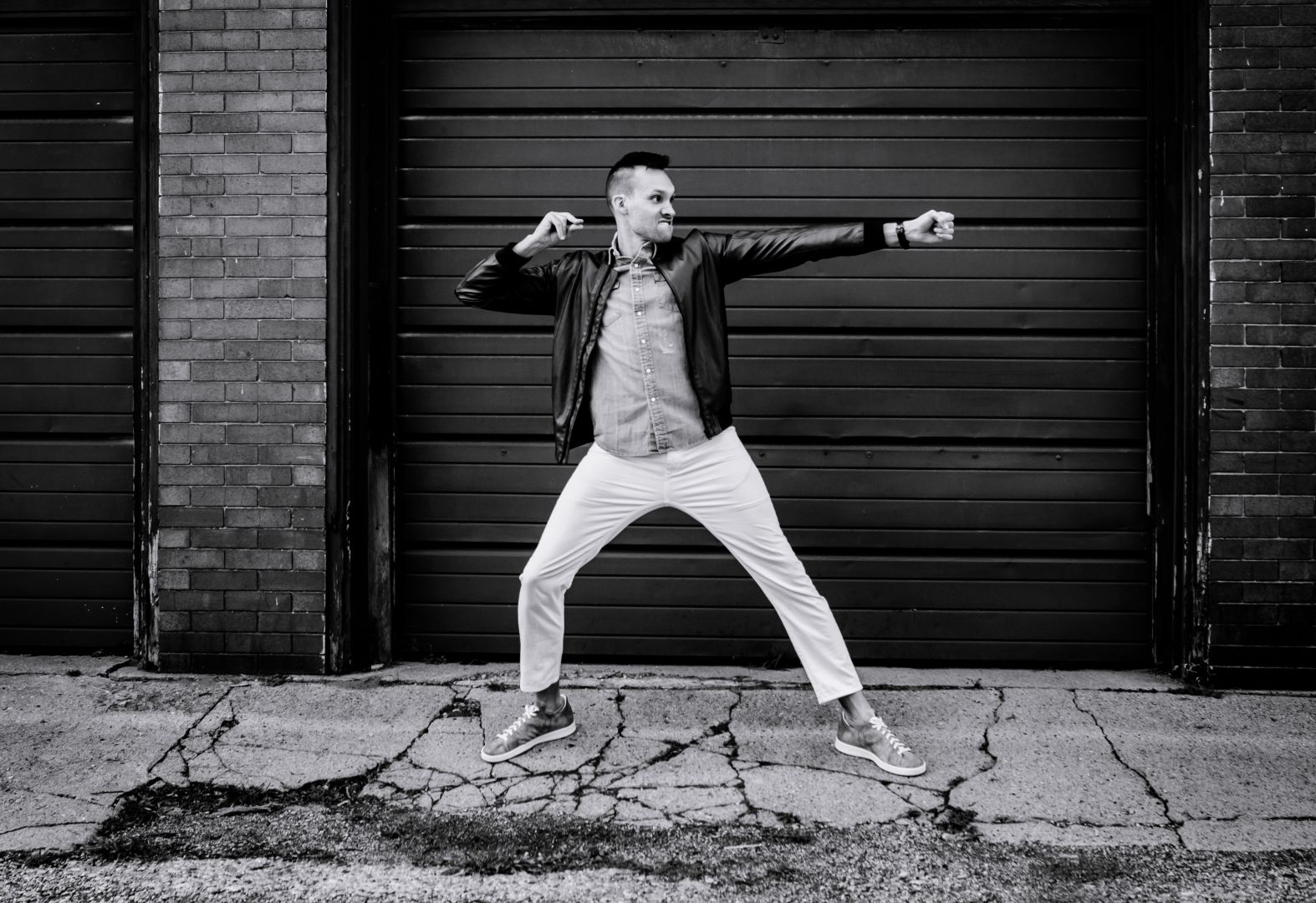 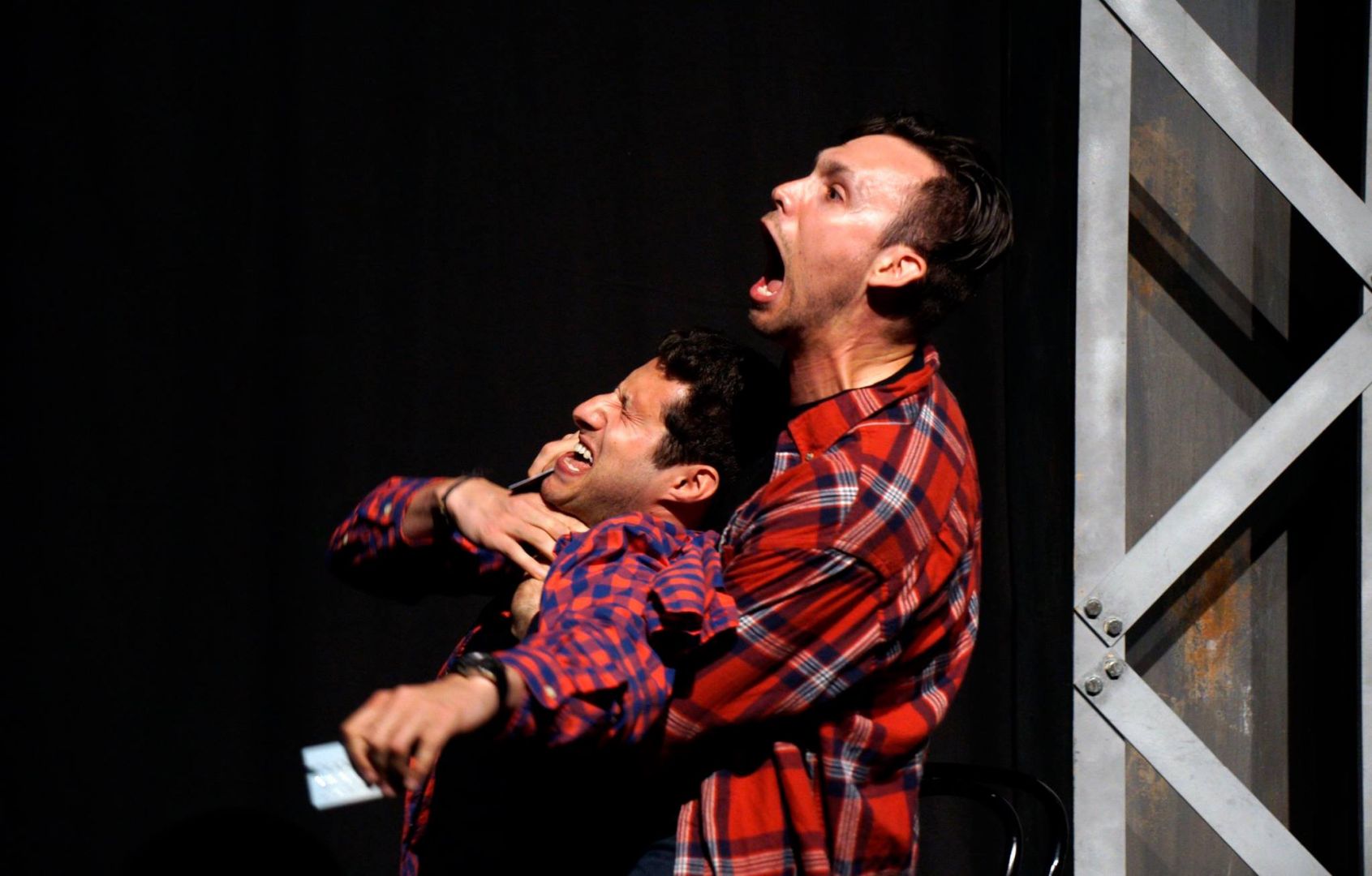 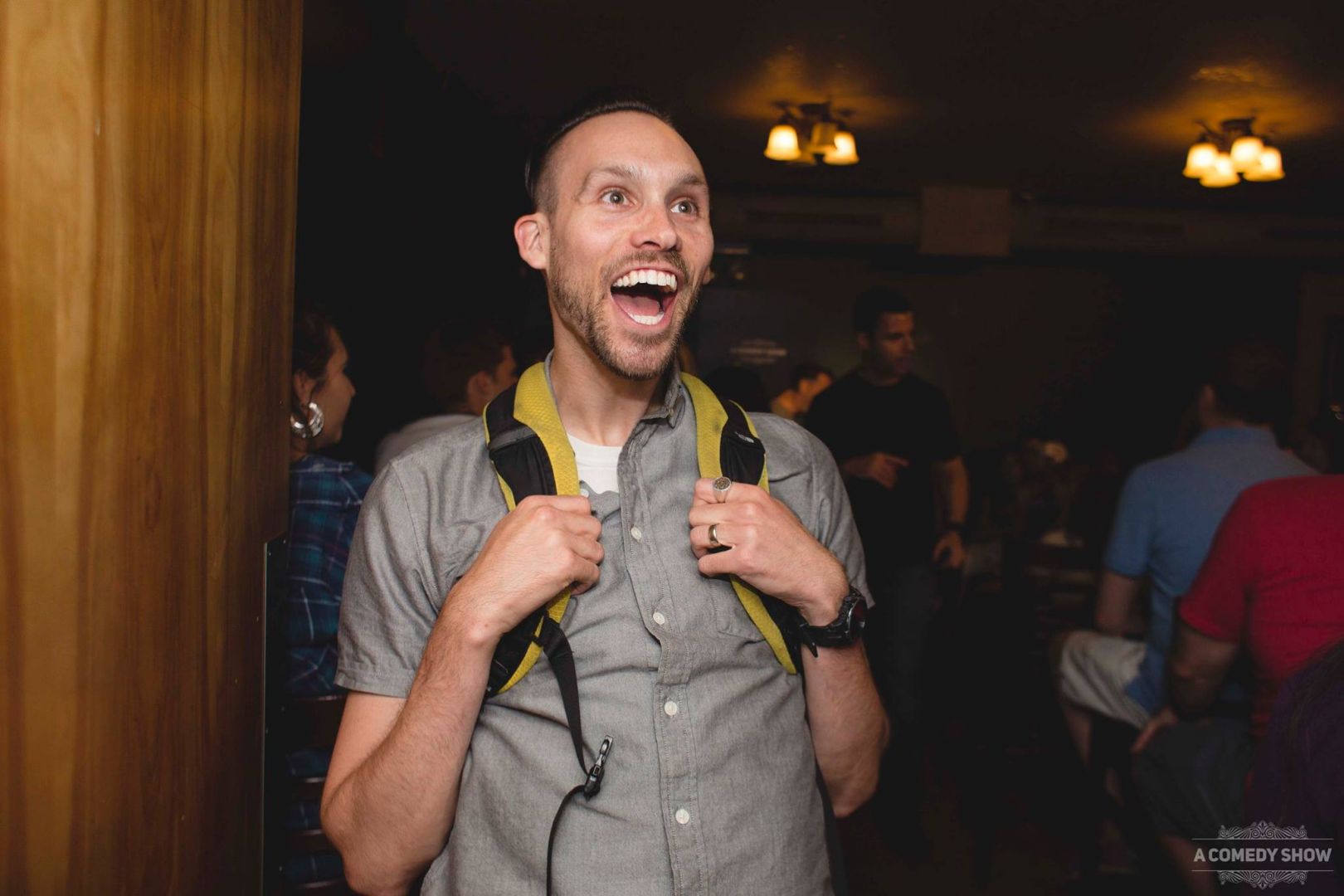 Can you open up a bit about your work and career? We’re big fans and we’d love for our community to learn more about your work.
Part of what sets me apart is existing in the margins. I grew up conservative, but am more liberal now. In such a politically divided world I’ll agree with, and rub my face at, both sides of the aisle. Usually the truth is somewhere in between and it blows me away how little empathy most people have. Also I’ve made some wild life choices which give me interesting experiences to talk about like almost going to jail in China or providing a semen sample for in-vitro fertilization.

I’m really proud I was able to contribute to The Onion. I’ve loved The Onion since I was a kid and always thought it was such an underrated comedy outlet so to be able to contribute was a milestone for me. I’ve also done some great live shows early in my career at Second City that no one else will ever see.

The thing no one tells you about the entertainment industry and comedy specifically is that it’s so easy. I strolled in and immediately started knocking it out of the park. I’m kidding. This stuff is a war of attrition. A lot of success just comes from not stopping. Truly. There isn’t any secret or magic path. Just don’t quit. Also, people like to believe it’s all about how hard they work. LA lionizes people who claim the only thing that matters is effort. But that just isn’t true. It’s only one piece of the puzzle albeit an essential one. No matter what though, for success in the industry, you’ll need three things: talent, effort, and luck. So keep working extremely hard for an extremely long time and let the chips fall where they may.

One important lesson I learned was investing in your own well being is an investment in your art. If you take care of yourself, your work will improve as well. So exercise, take up meditation and manage stress!

I honestly love to have fun doing comedy. That sounds intuitive. It’s not. Fun is the last thing on many comedian’s minds for a lot of different reasons. I like to be silly, goofy and dumb and Art needs that. Follow me on Twitter @Colbyjkennedy !

Any places to eat or things to do that you can share with our readers? If they have a friend visiting town, what are some spots they could take them to?
The best thing anyone visiting LA can do is drive west on Sunset Blvd and it eventually turns into the 1. Then keeping going up the coast to El Matador Beach. There are gorgeous, craggy cliffs diving in the Pacific and miles of sandy beach to stroll on. The sunset here is out of this world. It makes you feel like anything is possible and in Lala Land that’s just what the doctor ordered. Also, it’s far less crowded than many other beaches in the area. There’s parking on the side of the 1 which is incredibly dangerous, but convenient!

For food I recommend hitting up Tribal Cafe in Historic Filipinotown. I first came to this place when I first moved to LA and there was an open mic there. You’d get to a punchline and a blender would go off in the kitchen ruining your joke. Get one of the vegan red velvet cream cheese frosting cupcakes.

My favorite walk in LA is on Melrose Ave. It’s very eclectic. You can find good, independent shopping and dining there.

For good nightlife check out the Edison downtown. They used to do this interpretive dance where this man and woman would pull themselves super high in the air using these pieces of cloth attached to the ceiling. It’s got several levels and has a speakeasy theme. 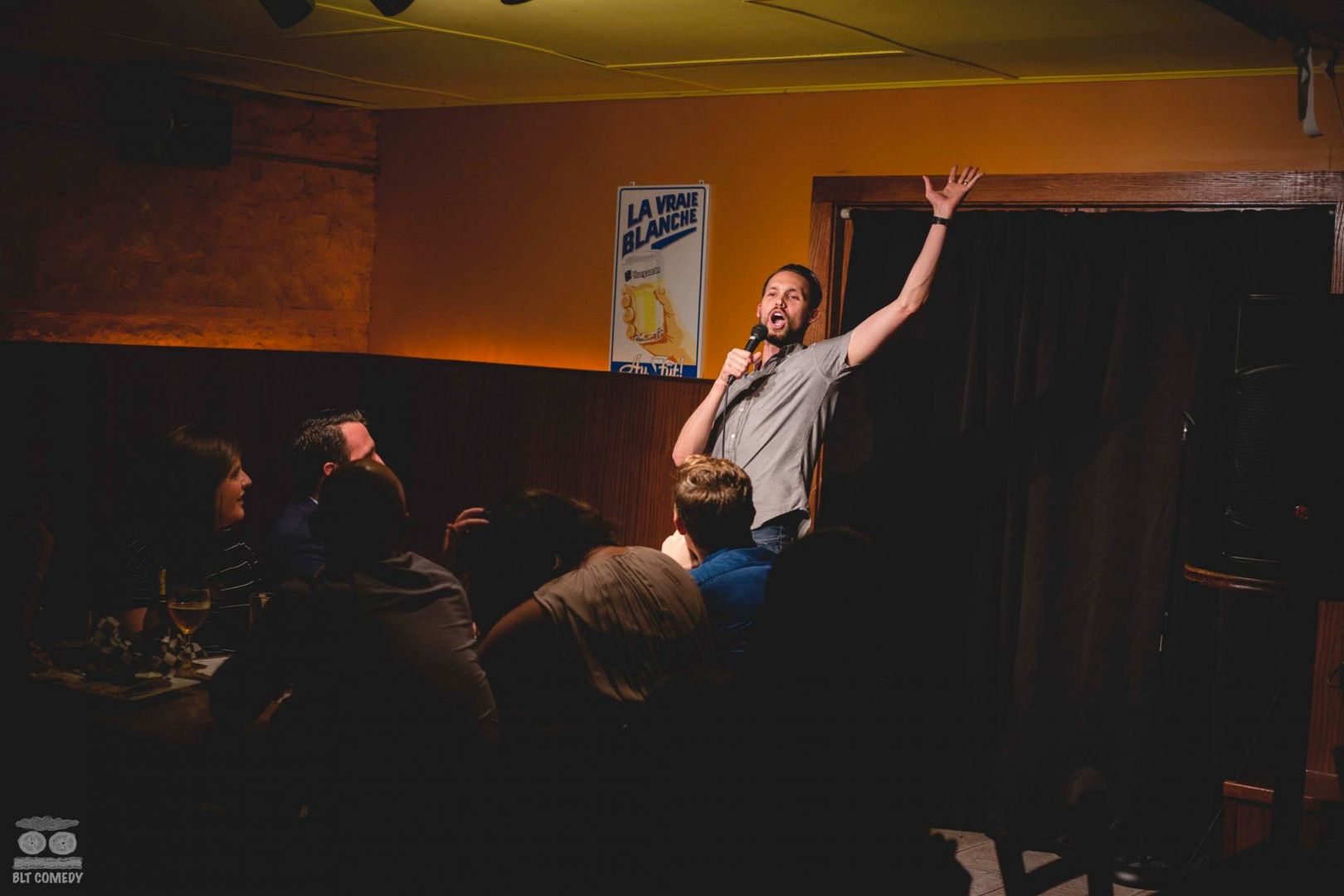 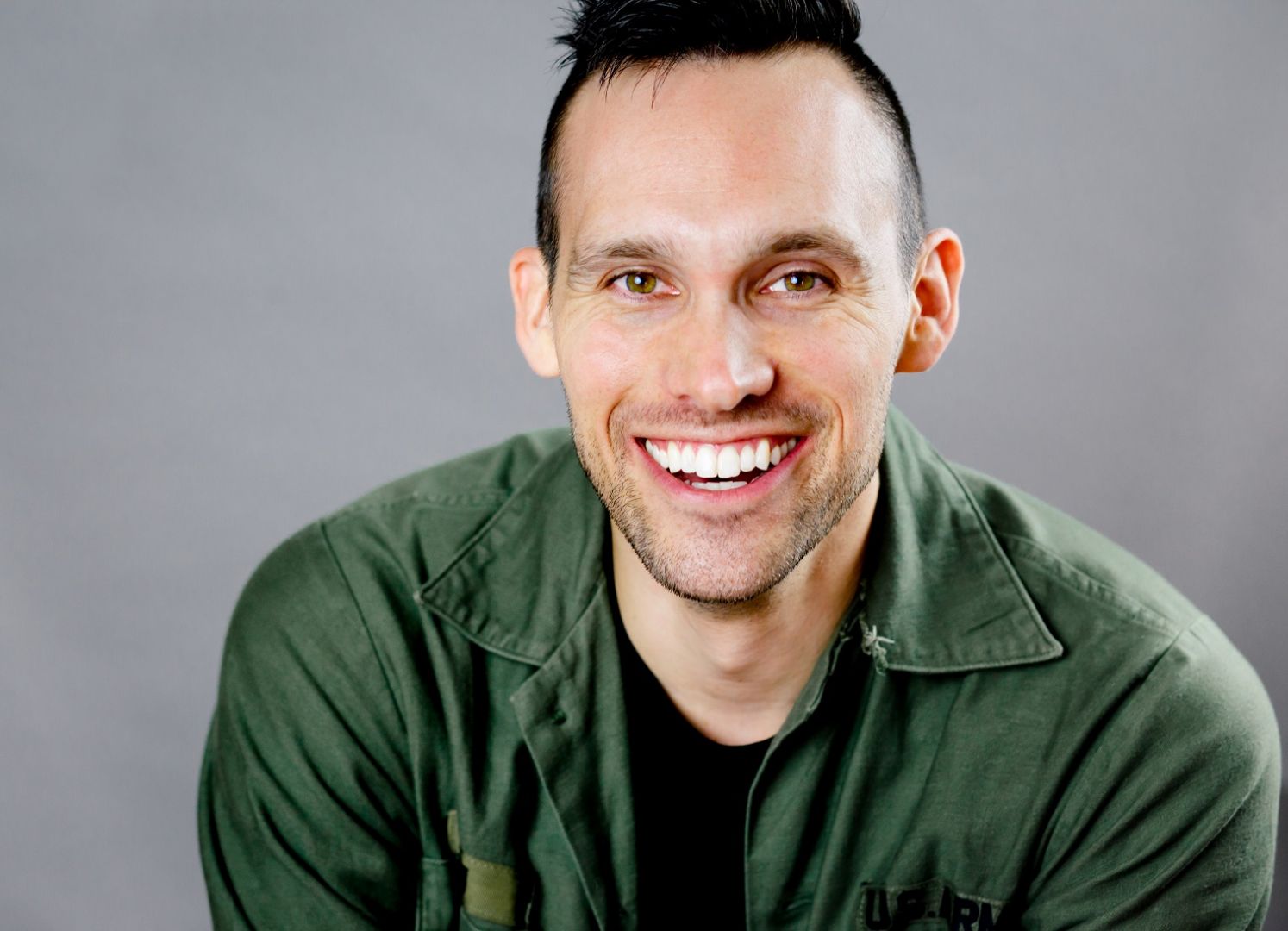 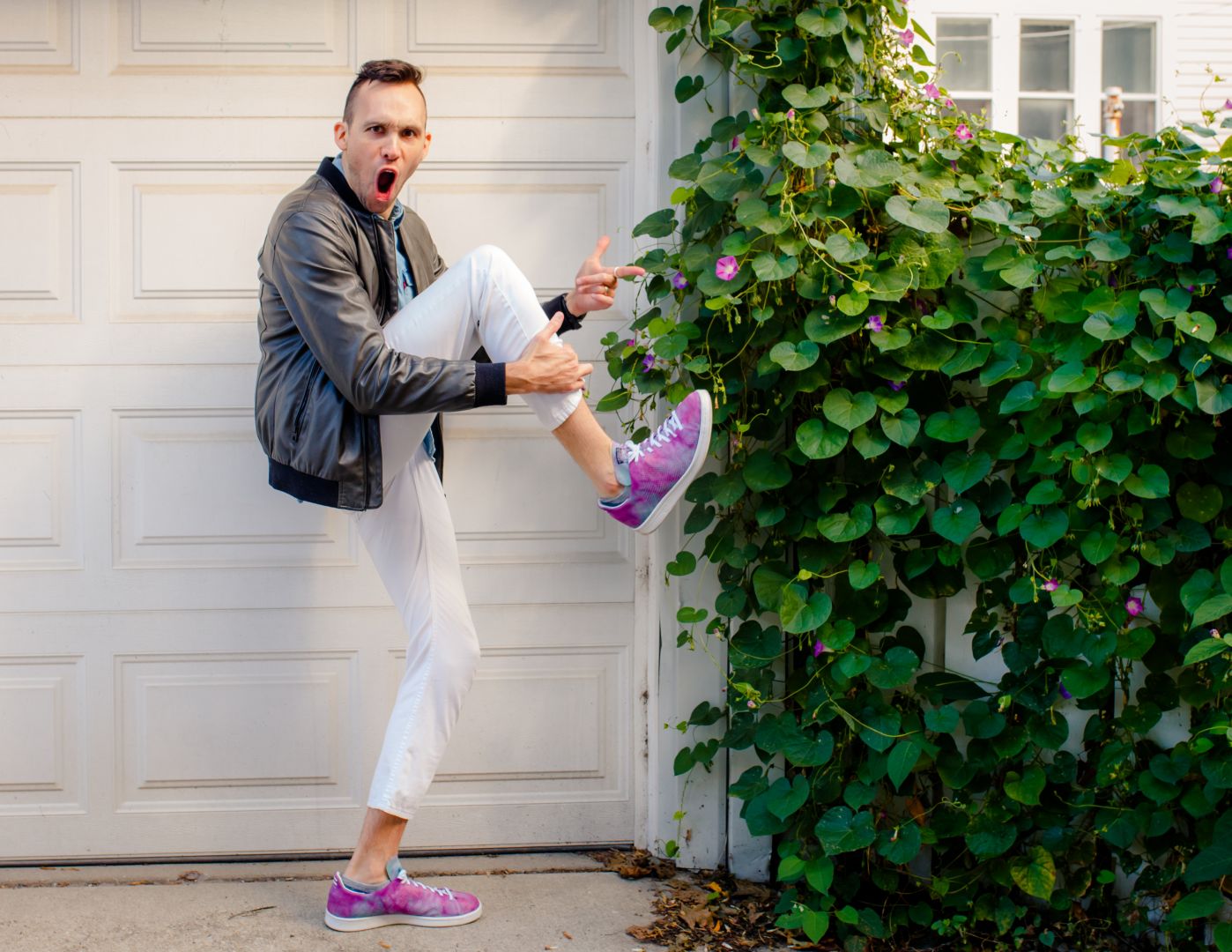 The Shoutout series is all about recognizing that our success and where we are in life is at least somewhat thanks to the efforts, support, mentorship, love and encouragement of others. So is there someone that you want to dedicate your shoutout to?
It’s cliche to say, but my parents really do deserve some love here. They never once discouraged me from doing what I wanted to do. They have no experience in comedy or entertainment so I might as well be a lion tamer to them. A lot of people in this business, especially comedians, have a lot of push back from their family and I never had to deal with that. Go Lew and Terri!