We had the good fortune of connecting with Cole Fairbanks and we’ve shared our conversation below.

Hi Cole, we’d love to hear about how you approach risk and risk-taking
My general approach to risk taking is if you’re going to be,daring you better be tough. I knew starting a company in the entertainment industry was going to have its fair share of ups and downs, but I never fully anticipated the challenges I would face sailing through uncharted seas.. Sometimes you just have to find that balance between taking a calculated approach and knowing when to listen to your gut. When I look back on everything that brought me to where I am today, the most life changing moments came from the decisions that carried the most risk attached. Back in 2013 I took what little I had and moved down south to further my education at Louisiana State University. The process of adapting and learning to embrace an entirely new culture unfamiliar to my own was transformative and helped bring me to a deeper understanding of not just who I was, but everyone else around me. The intricacy of southern culture fascinated me, and I found myself surprised how different people from two states could be from one another. One day it was surf sessions and tacos on the beach the next it was football tailgates, Mardi Gras parades, and crawfish boils in the spring. After college I was so fixated on the “big-picture” for what my next steps would be I didn’t even notice that the seemingly small decisions and day to day experiences in my life were already taking me there. After living in Louisiana for years it was almost a no brainer when my brother, James Fairbanks, pitched me the idea of our first animated show Connie the Conjurer, the story of a girl with supernatural powers who moves from her seemingly normal life in California to live in paranormal Louisiana. With the exception of the paranormal powers this is a story that I truly lived to the fullest. I knew the story well because Connie’s story was mine. I instantly knew I could play a part in bringing this project to life. From there everything started to snowball, the rush that came from voice acting, writing scripts, and producing new shows was exactly what I was looking for. I just woke up one morning and had the clarity that this was the thing that I was going to commit all of my free time to. To say this decision was risky is truly an understatement. Here’s the kicker:, I’ve only ever acted in small productions, to this day I have never taken a writing class, and I certainly did not attend a fancy art school. From the outside looking in this has all the makings of a brash decision, but I knew if I wanted to fight this uphill battle and make my dream a reality I would need to lay down a foundation based purely on hard work and dedication to my goal.. All it took for me was to really commit to the process and hone in on my craft. You have to love the art. Two years in and our company found a way to have four shows in pre- production. At the heart of my answer, my advice is if you’re going to do something risky, have the resilience to keep trying and continually develop a skill set. But what’s life without a little struggle and love it or hate it, the best lessons are usually taught from our worst mistakes. 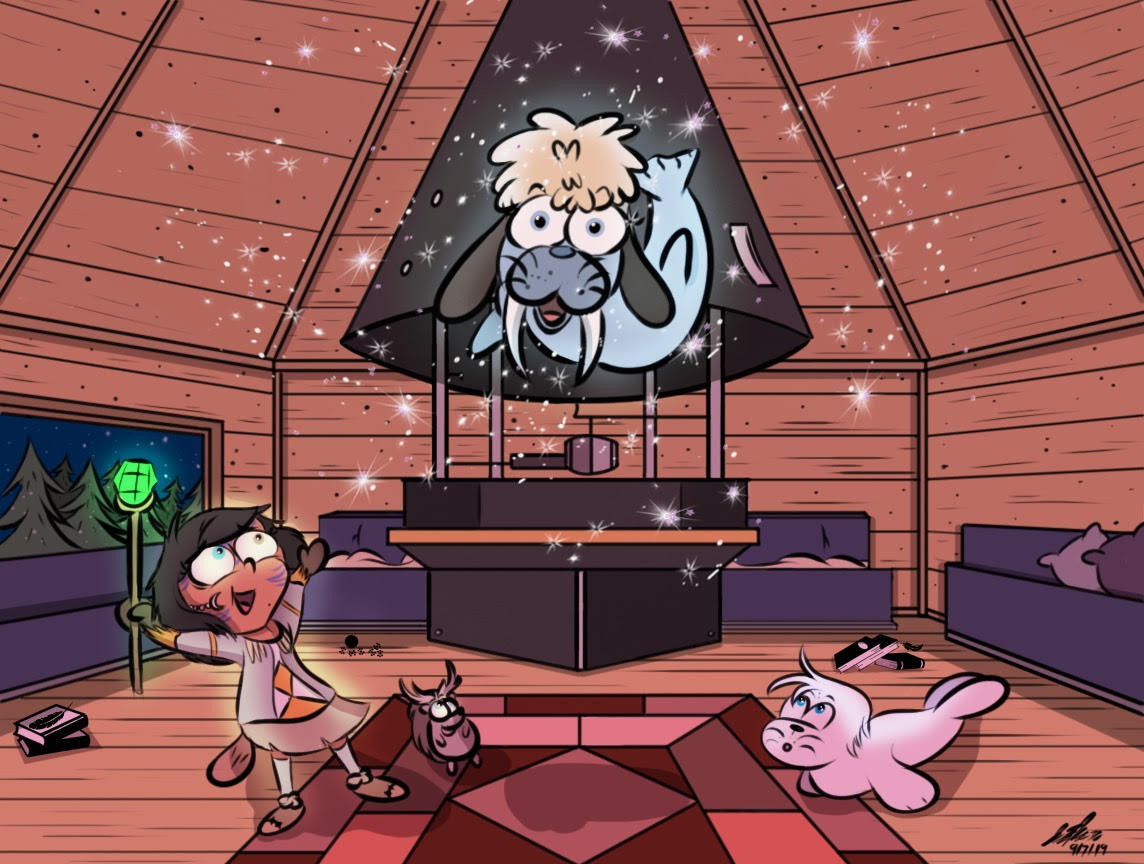 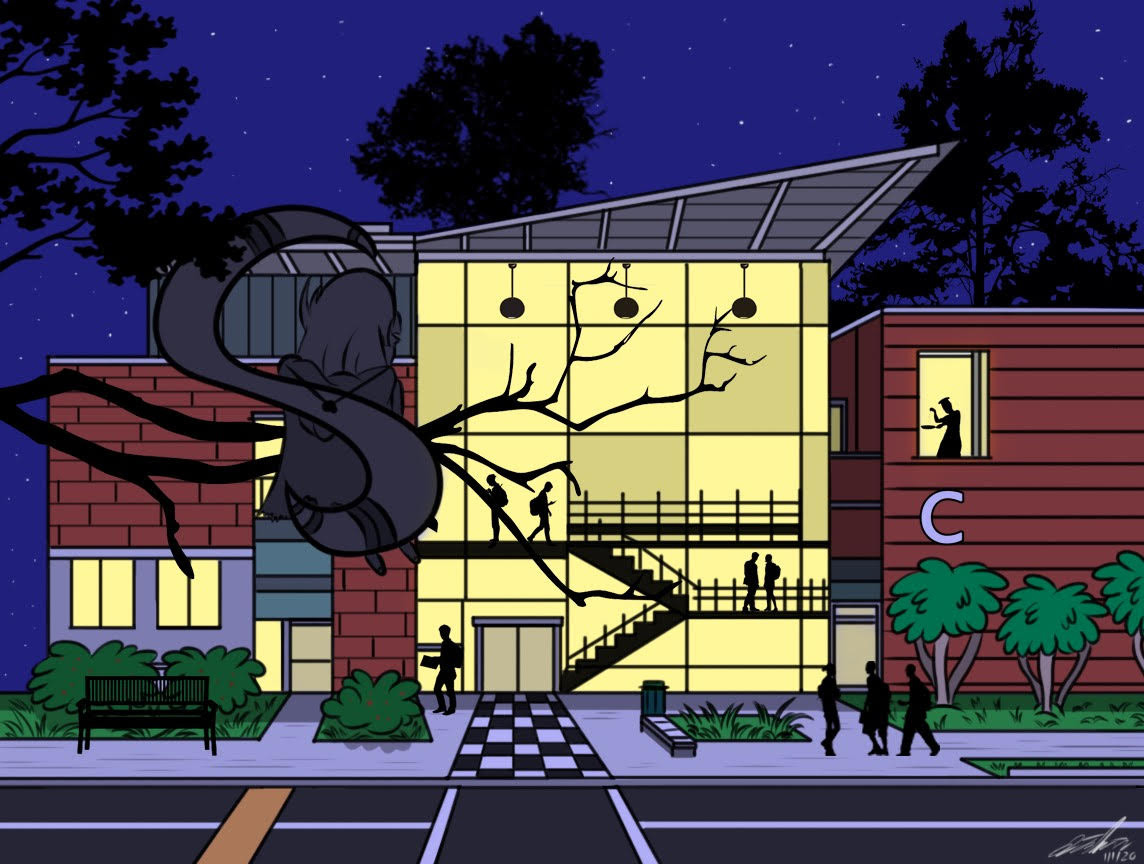 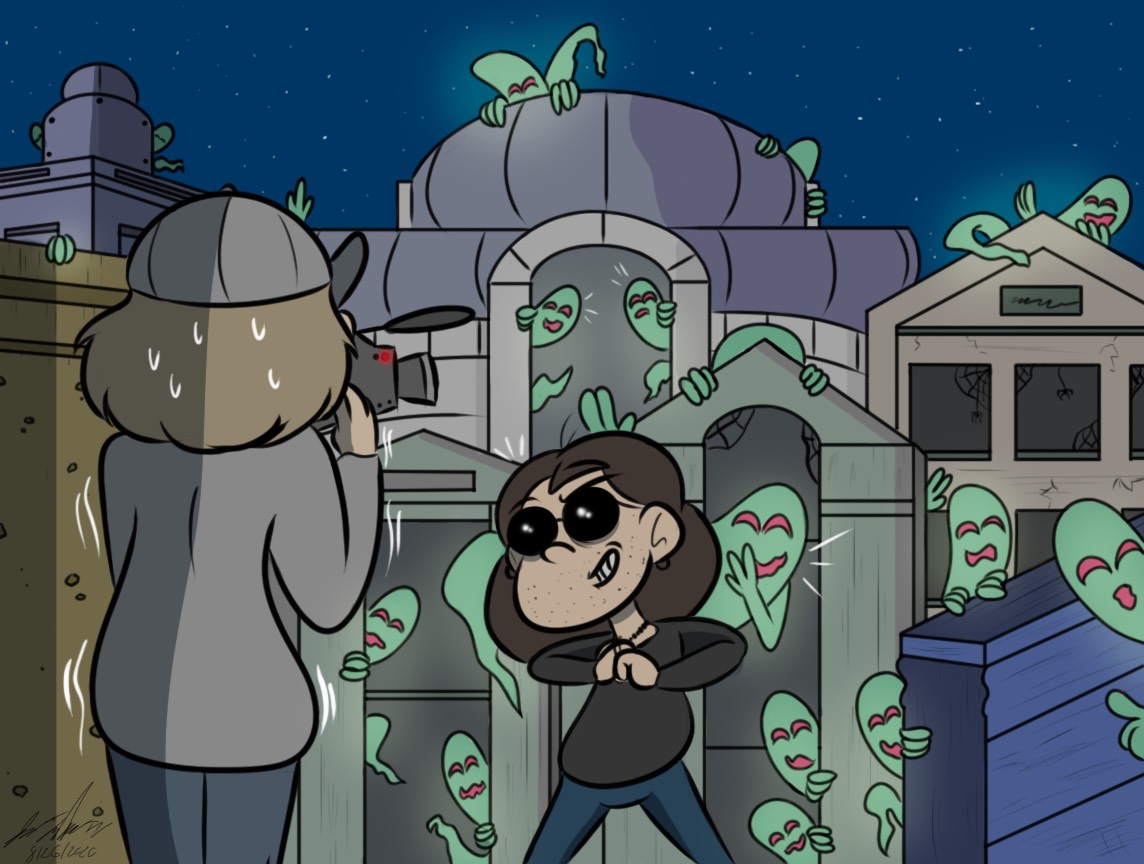 Alright, so let’s move onto what keeps you busy professionally?
I would say that my craft is a combination of both writing and acting. My brother and I at a young age picked up a video camera and we let our imaginations run wild. We spent days drafting up scripts and I would immediately jump in front of the camera acting out the ridiculous characters we created. When you’re growing up things are always changing but the one constant in my life has always been writing. For the most part it was just a way for me to unwind and get my thoughts onto paper. Truthfully, I never had confidence in my ability and I would rarely ever share my work with anyone. After stumbling across an old file of my brother’s show concepts, I discovered a drawing of a young female bat and her wise cracking bird companion. He named the show Maddie’s Batty World but mostly it was a blank canvas begging to be used. I believe opportunity has a way of finding you when you need them the most or when you least expect it. The show forced me to tap into my potential and pushed me to grow as a storyteller. In my personal life I felt frustrated and directionless, but I was able to channel these emotions into a story that would be relatable to any age group. I would say what ultimately makes me different as a storyteller is I try not to downplay the struggles of life and what it means to exist in an unforgiving world. I believe that’s where the strength in all of us lies and it’s a story that needs to be told. In terms of acting, it wasn’t until I stepped on a stage in high school did I realize the endless creative possibilities that came with acting. It’s the closest thing to an out of body experience that I can describe. You have to physically and mentally disconnect from yourself in order to fully embody the character you’re trying to portray. It had been years since I picked up a script until my brother came to me and asked if I would read for the role of an egotistical paranormal investigator, Syd Craven. At first I was hesitant to even attempt this but the moment I put down the script a little voice in my head said, “Ah c’mon baby you know you wanna be a star.” It was completely unexpected but that voice later became the foundation for my character. From there I just practiced and continued to develop my character until it was time for others to see the finished work. Watching an audience react to my performance reunited me with a passion that I had almost forgotten. As far as advice goes I would say treat your craft with total honesty and be disciplined enough to work though the areas where you struggle the most. 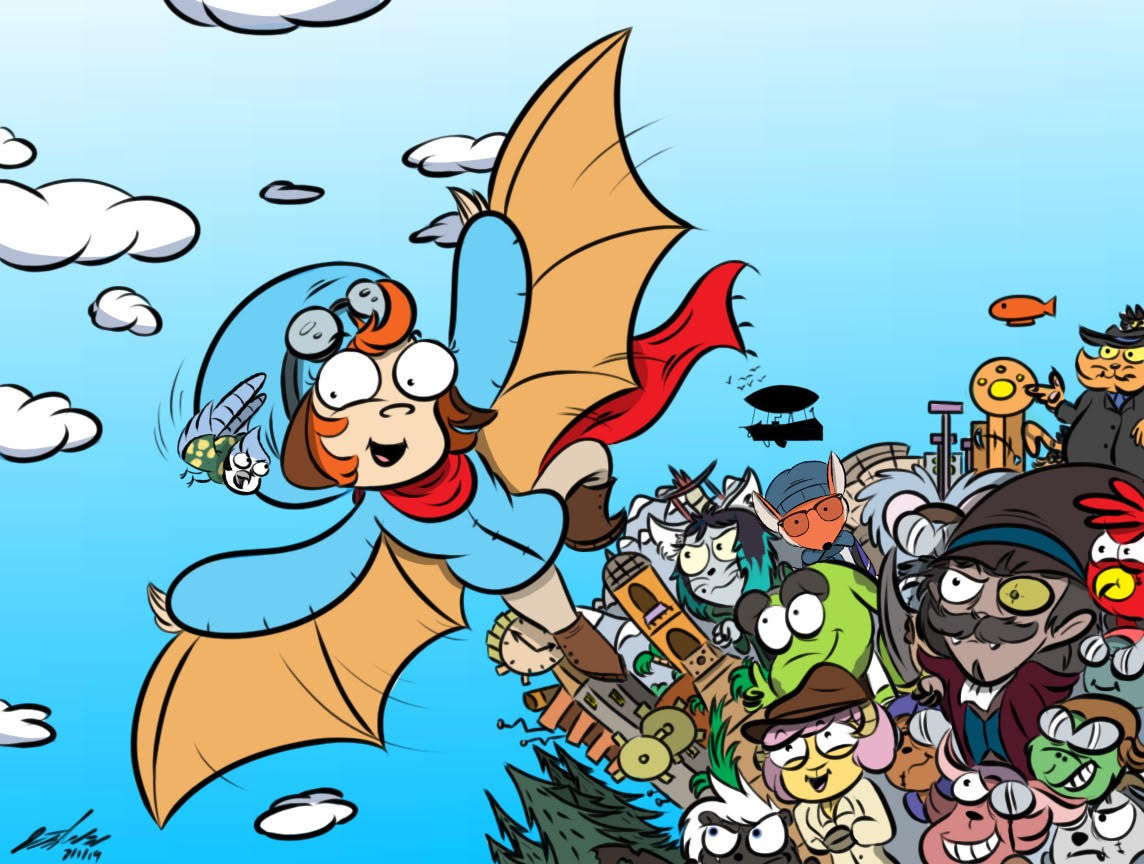 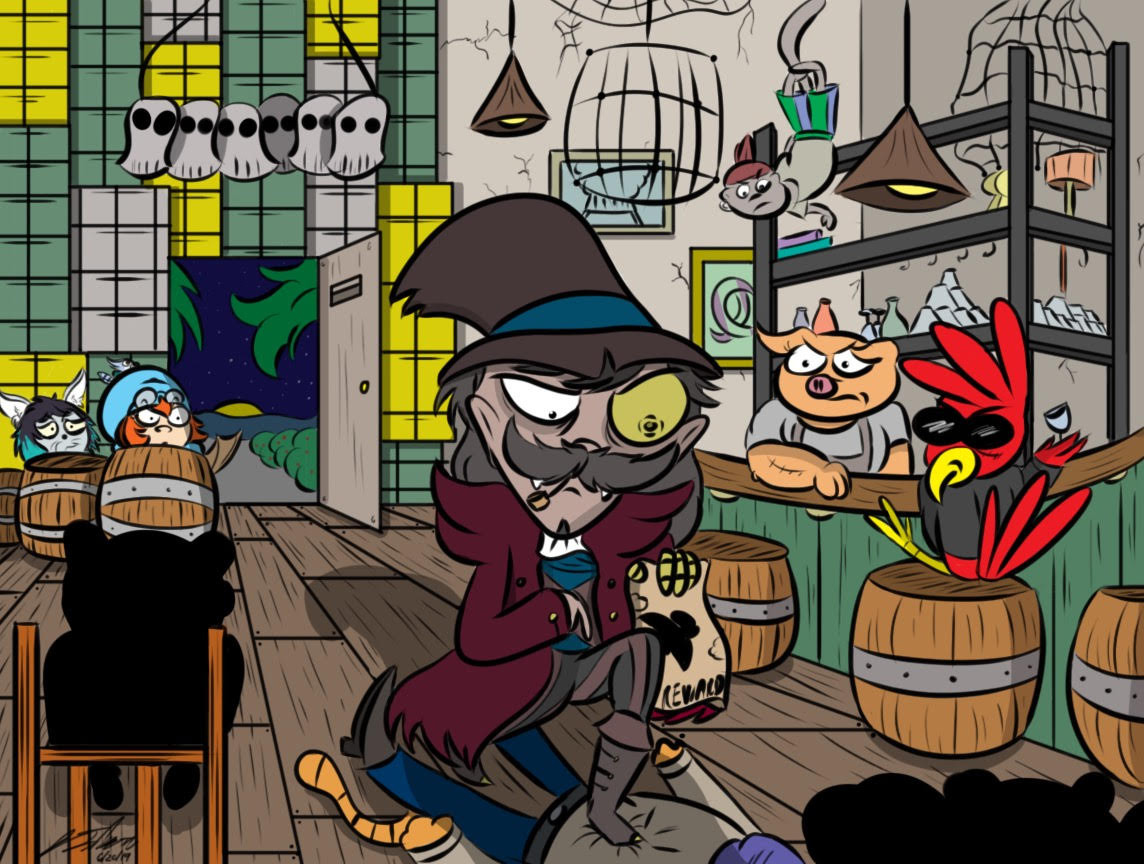 Any places to eat or things to do that you can share with our readers? If they have a friend visiting town, what are some spots they could take them to?
Right out the gate I would head straight for the beach, grab your surfboard board and just get pitted. To be honest I could spend an entire week surfing and would be content. From there you have to check out the various different shops at Venice Beach. Venice beach is full of eccentric characters and it reminds me a lot of the various people you meet down in the French Quarter on Bourbon Street, in a way it kind of feels like home. When it comes to food you can never go wrong with a good Mexican restaurant in LA. Olvera Street is definitely touristy but hands down they have some of the best restaurants to choose from, Cielito Lindo is my personal favorite. If you’re looking for a little culture I would recommend spending a day at the Getty Art museum. I’m the type of person who can go to an art museum alone and just stare at paintings for hours. To finish the day off I would suggest taking a trip up to the Griffith Observatory. The view is undeniably the best in LA and it’s one of the most romantic places to bring a date at night. Finally, you have to grab yourself a cookie from Diddy Riese, there will most likely be a line out the door but it is definitely worth the wait. 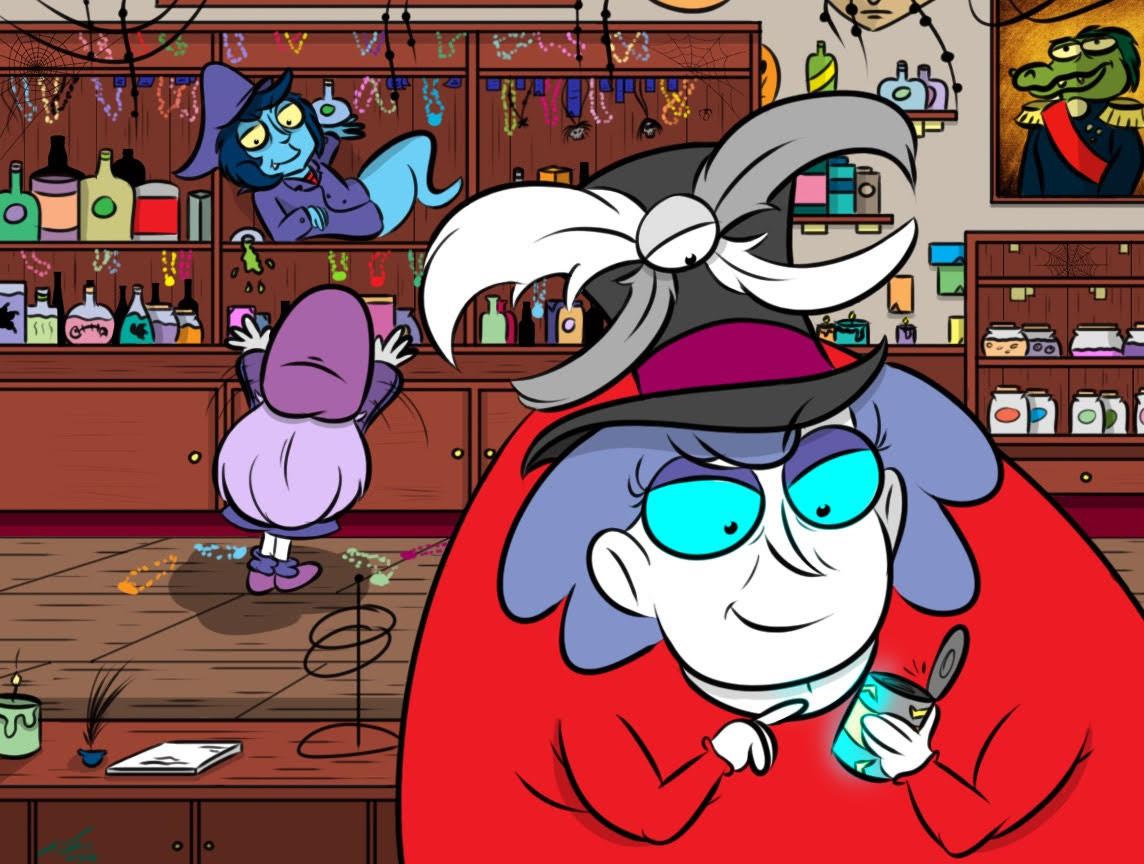 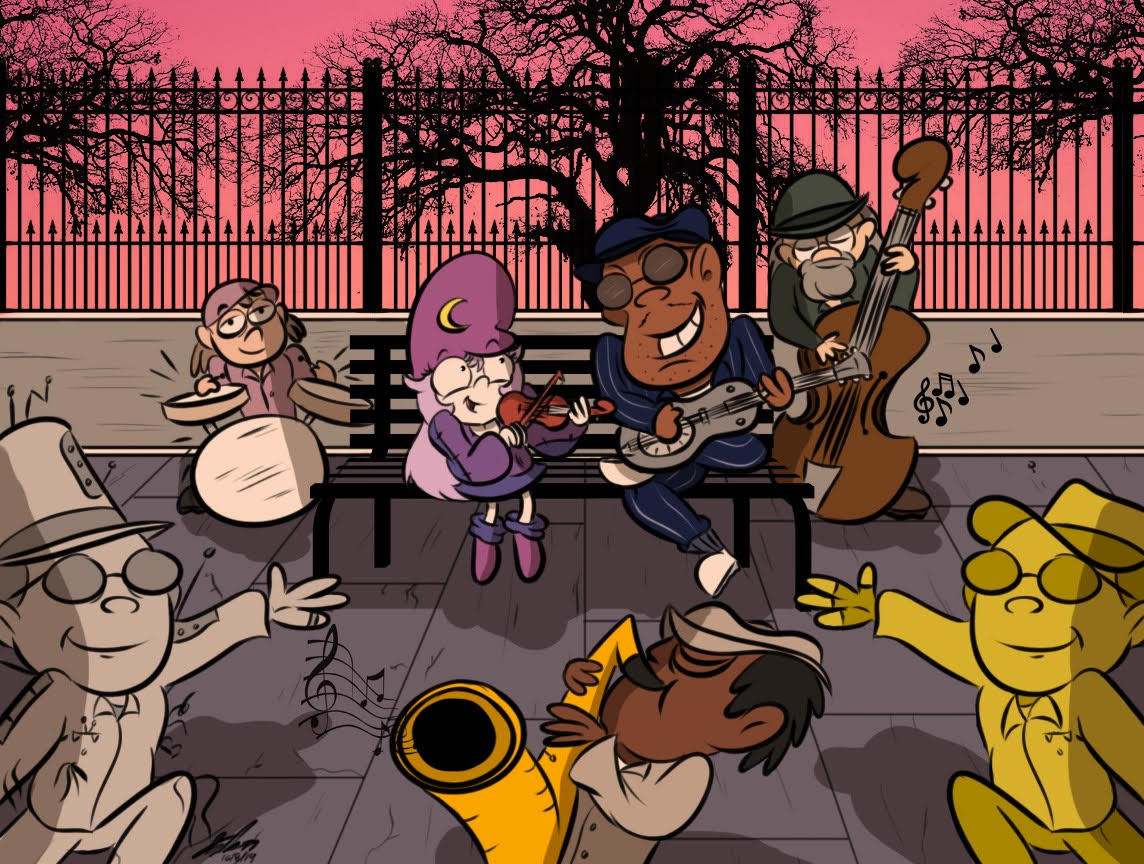 The Shoutout series is all about recognizing that our success and where we are in life is at least somewhat thanks to the efforts, support, mentorship, love and encouragement of others. So is there someone that you want to dedicate your shoutout to?
I would like to dedicate this shoutout to the person, who without their continued love and support this would not be possible. My beautiful fiancé, Kayla. Most people just see the finished product, what they never see is what lies behind all the fancy artwork. When you’re working in this industry, doubt and frustration just comes with the territory. You’re going to have those nights where you wonder if it’s even worth chasing anymore. To say that I could have done this alone would be patently untrue. When I look back there was this one night in particular where I realized Kayla was going to be the one. We were two broke college students and I happened to find a wadded up $20 bill in the pocket of my sweatpants. We celebrated and placed a delivery for a large pepperoni pizza with cajun crust from Hungry Howies. We didn’t have a place to eat so we used this large storage container stored under my bed as a table. We put the box down and it was our own dinner date. It never mattered what we had or what we were doing as long as we did it together. Honestly, I consider myself lucky to have found someone who just believes in me. Doesn’t matter what I’m doing and long as I’m the one doing it. Take my advice, find yourself a partner that will tell you the truth no matter what. They’ll never sugar coat it and they don’t care if you want to hear it or not. Kayla is the strongest person I have ever met and her compassion, serenity, and boldness has inspired my work and made me into a better man. With that I would like to say, thank you Kayla.