We had the good fortune of connecting with Corey Clifford and Ryan Lagod and we’ve shared our conversation below.

Hi Corey & Ryan, any advice for those thinking about whether to keep going or to give up?
That’s the million dollar question! The most common question we and we think actors get when they make the leap is “how long are you going to give this whole acting thing?” Obviously both our answers were, “well it shouldn’t take that long to get recognized for our talent, win all awards, own a yacht and not have to think about ever giving up…so 5 years?” For us that was 10ish years ago and we’re still pursuing our creative endeavors. We’ve worked with a lot of really cool people, created new shows for small streaming services and had some acting gigs along the way, but…still NO YACHT. We think the idea of giving up relates to your definition of success. If success to you is only monetary or global recognition then we’d have given up a while ago. Luckily for both of us, we define success by how fulfilled our lives are. As a creative duo we still love working together and our friendship brings us a lot of joy both working and outside work, so for us quitting isn’t on our horizon. 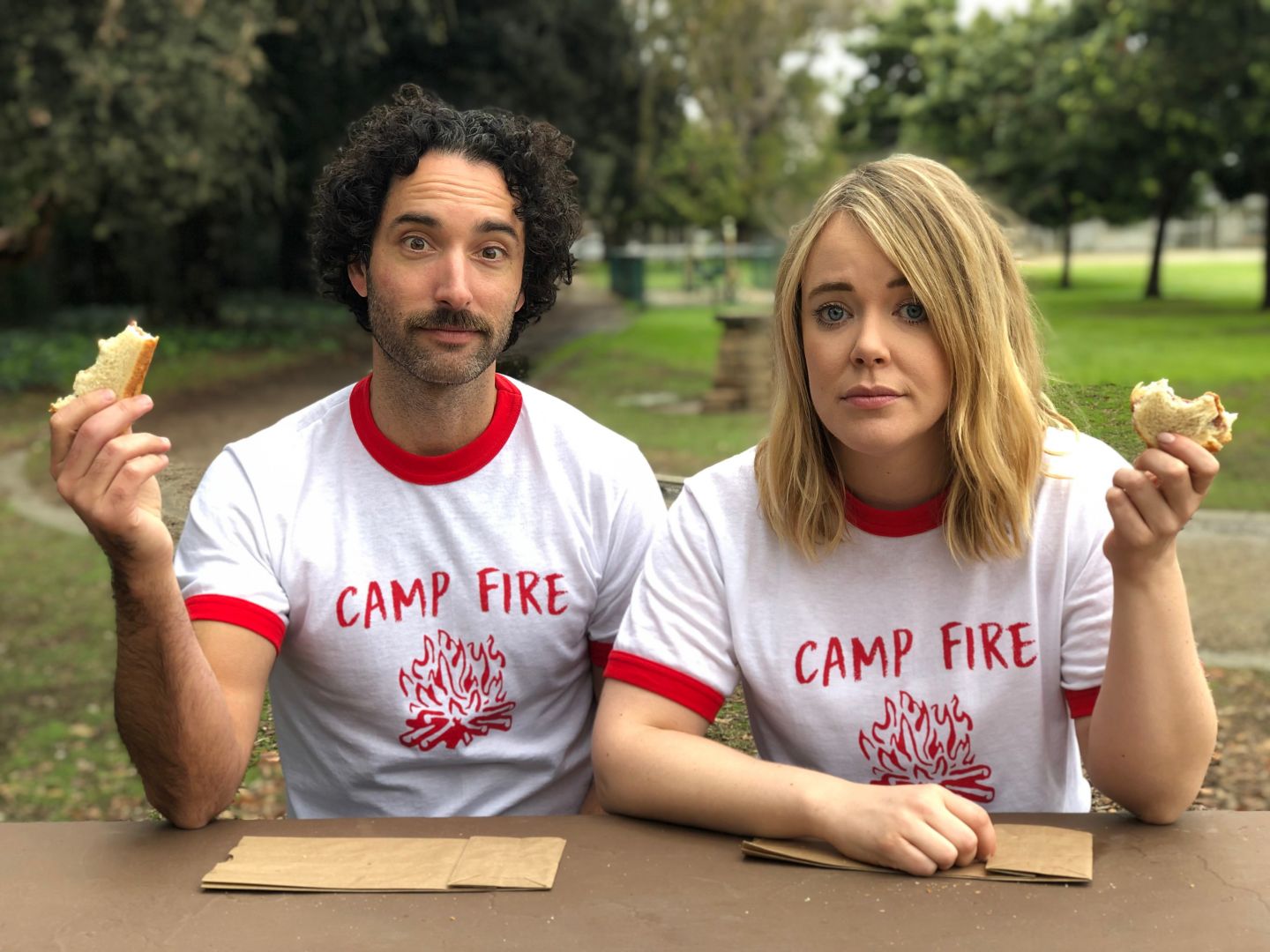 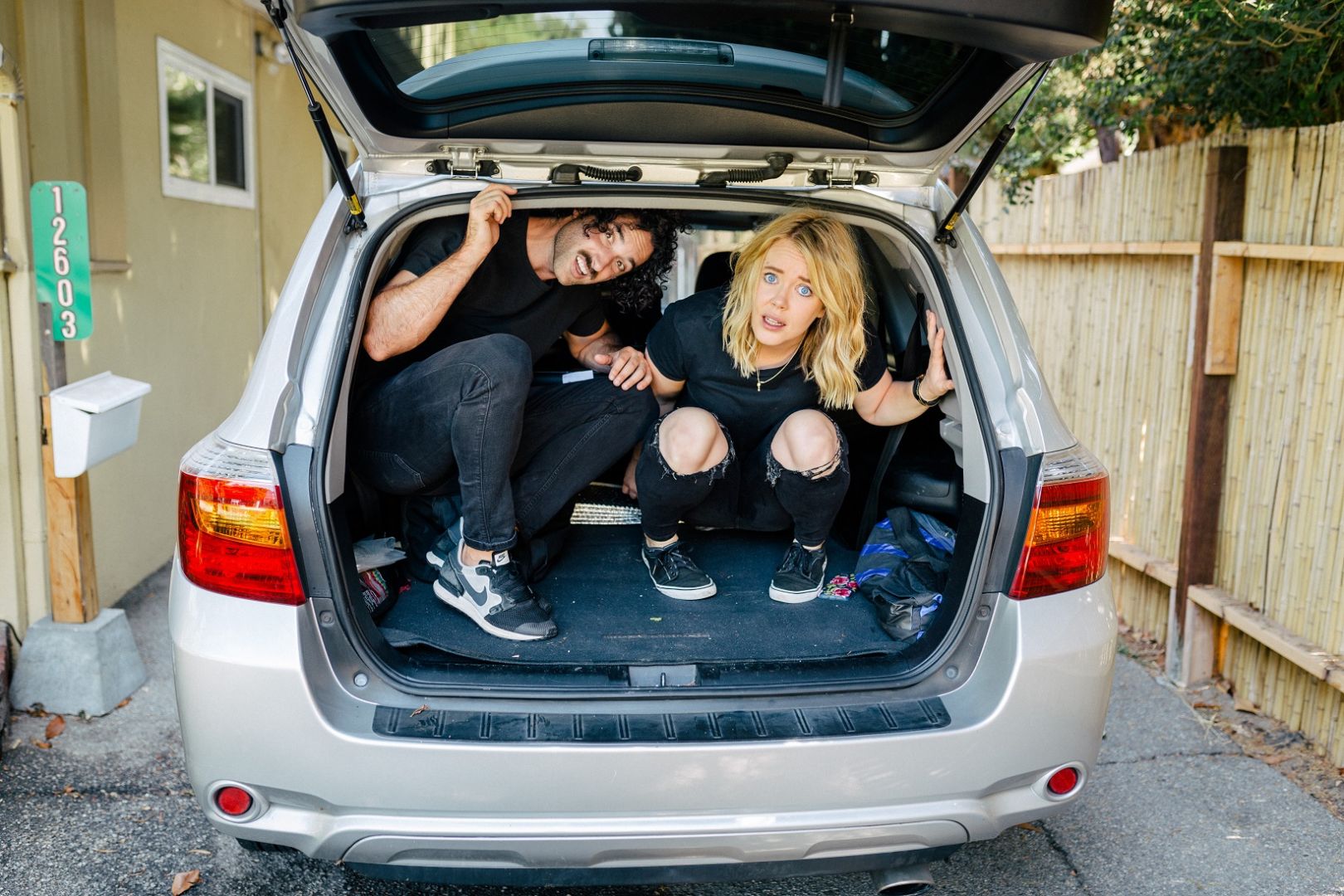 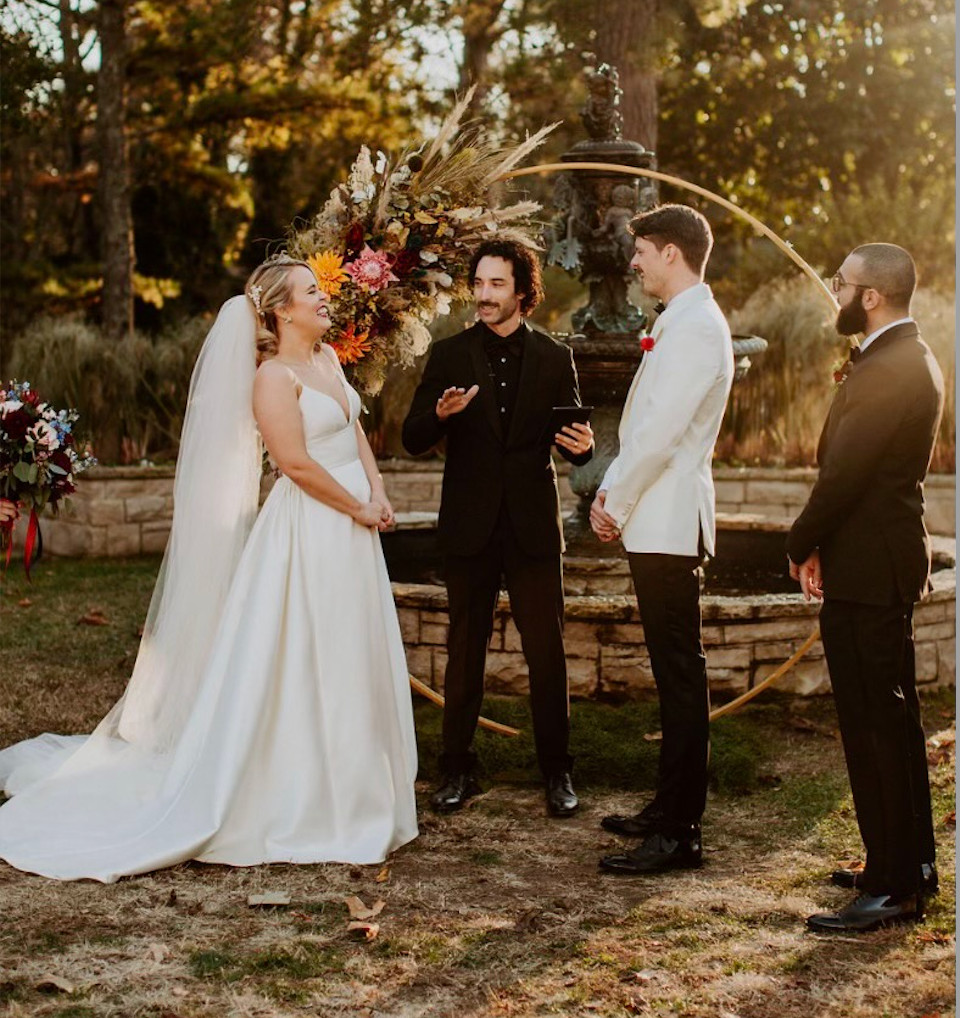 Can you open up a bit about your work and career? We’re big fans and we’d love for our community to learn more about your work.
7 years ago we were sitting in an auditorium listening to our favorite filmmakers The Duplass Brothers tell everyone in the audience that if they want to be in something then just make it. It seemed so easy when they said it haha. We were inspired. The rest of the night we walked around Beverly Hills trying to come up with ideas we could do…just the two of us. Well the lightbulb went off and we came up with the idea for a relationship series. Ryan and I were both in long term relationships and realized what we thought was funniest was the weird things that happen when you’re with someone for so long. So that’s what we did. We started filming the next week on a go pro and no script and now have nearly 300 episodes of Corey and Ryan in A Car, and a small fan base that thinks we’re in a real relationship (for the record we’re not…just besties). Our dry comedy approach is based on our belief that humor lies in every situation, but especially in relationships. What sets us apart aside from being consistent with episode releases (it’s hard) is that we became adult best friends (also hard…why’s it so hard to find friends as an adult?!) and we had the same humor. We’re able to make fun ourselves and acknowledge all the stupid shit we did. For instance our newest short film “Bossbabes” is all about how Corey got conned into being a part of a pyramid scheme several years ago (#girlboss).

If you had a friend visiting you, what are some of the local spots you’d want to take them around to?
Considering our own friendship for the past year has been over FaceTime, it’s weird to think about someone visiting, but the moment we did we got very excited, because our other main compatibility is that we love to eat and drink. So if you’re coming to visit, get ready for both of those. Breakfast Spots (the most important meal) – The Griddle on Sunset, Swingers on Beverly. We might roll to the valley and hit up EAT or Local Peasant. If we go West Side it’s Holy Guacamole for Burritos or Bagel Nosh.
Lunchtime – Bay Cities on the West Side, Potato Chips Deli in Hollywood, anywhere walking on Larchmont. When someone comes to visit that wants to feel “LA” we walk Larchmont.
Dinner – Vibrato – good food, live Jazz lots of drinks. Sugarfish (what?? it’s good).
Honestly, we’re both pretty chill so we’d drive around, eat food, have some drinks and hopefully you came in summertime so that we could hit up Cinespia to end off the day. 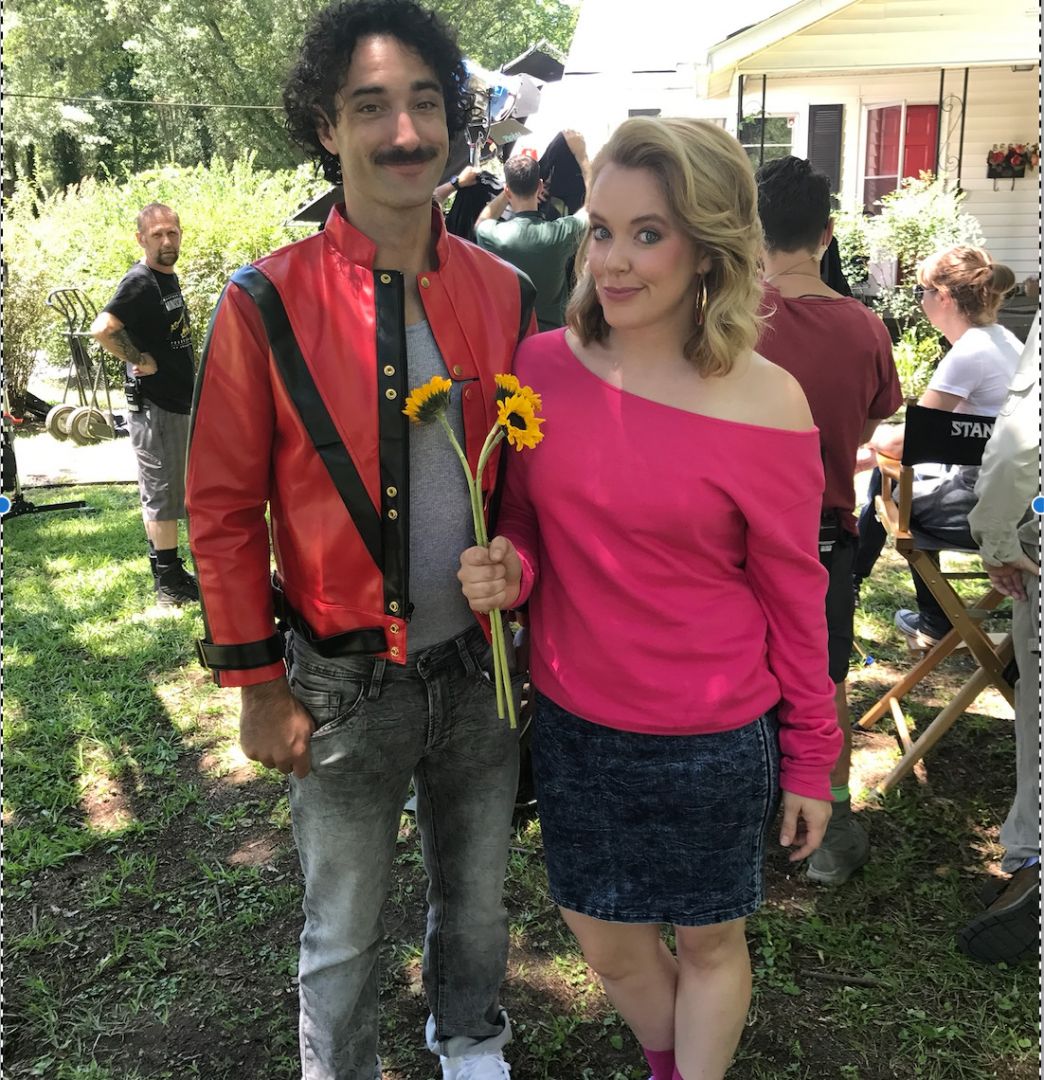 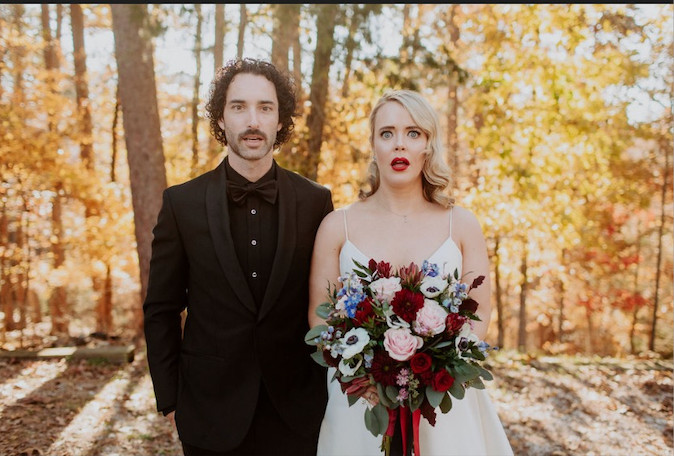 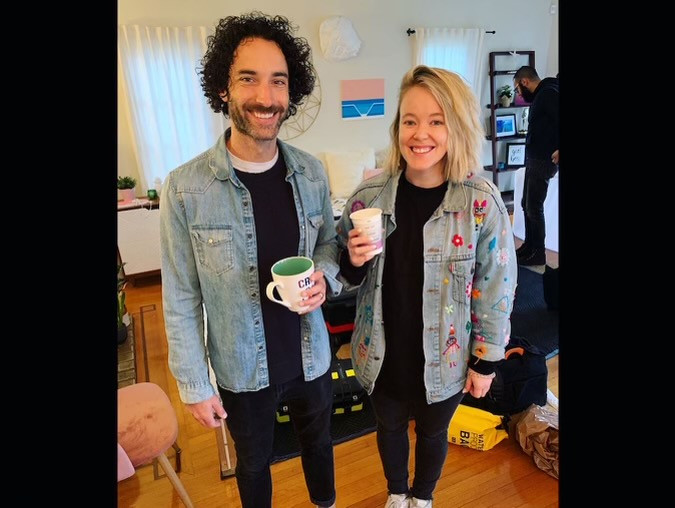 The Shoutout series is all about recognizing that our success and where we are in life is at least somewhat thanks to the efforts, support, mentorship, love and encouragement of others. So is there someone that you want to dedicate your shoutout to?
We have to shout out Billy O’leary & Aimee Deshayes of the Billy O’leary Studios. We met in Billy’s class and created one of our first series together called SERVERS. Billy and Aimee have been instrumental in giving us confidence and freedom in our expressions and creativity. They are amazing instructors and really dope people too.