We had the good fortune of connecting with Cortney Kammerer Thornton and we’ve shared our conversation below.

Hi Cortney, what are you inspired by?
I like to say that I’m constantly curious. I like to devour poetry, art, facts, fiction, art history, plants, animals, architecture, classic hollywood films, foreign films, (any type of film for that matter) color, pattern (organic and inorganic), light, shadows, sounds, stillness, emotions, family, friends, strangers, the human experience, nature, inner space, outer space and everything in between. 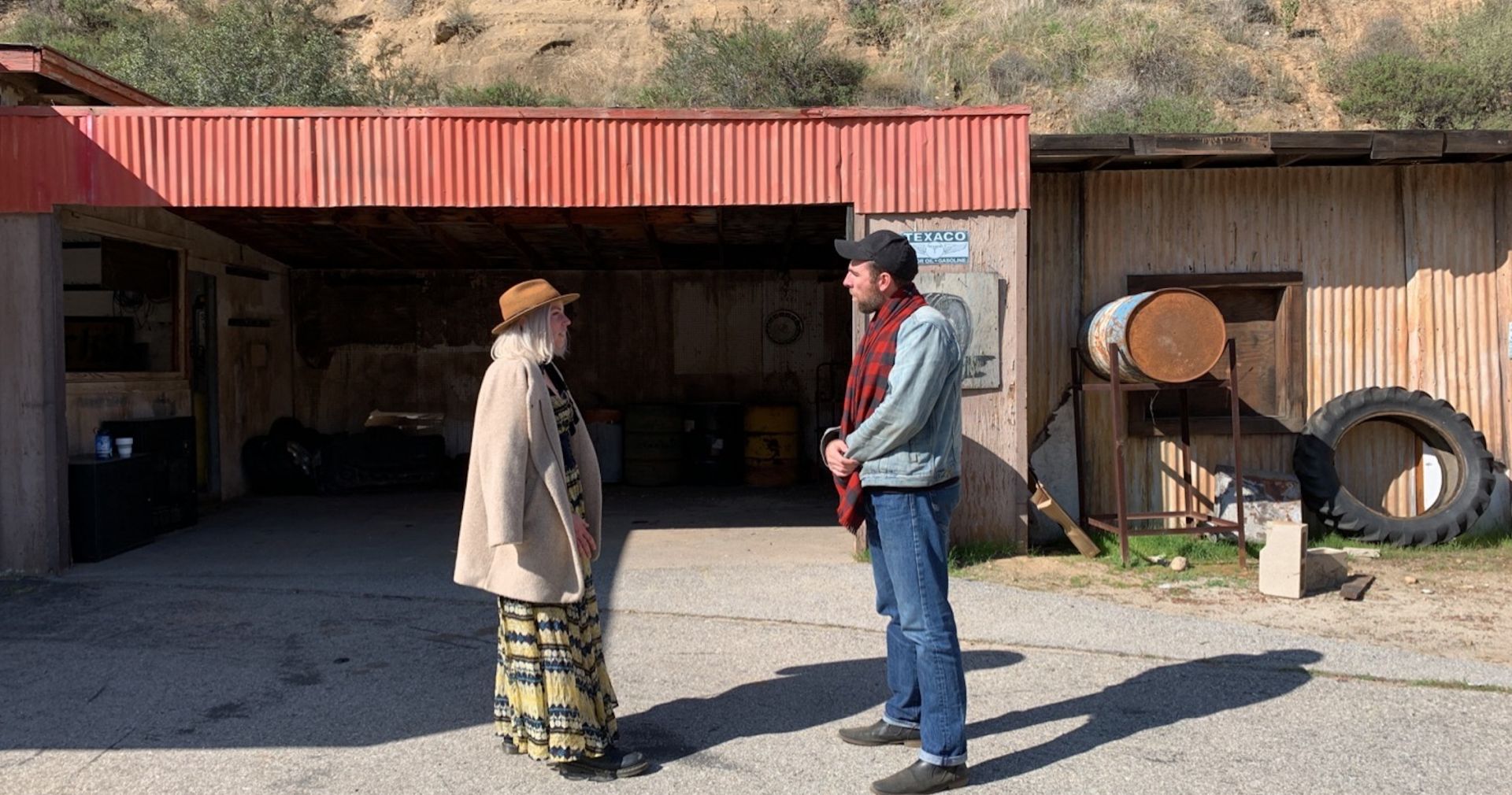 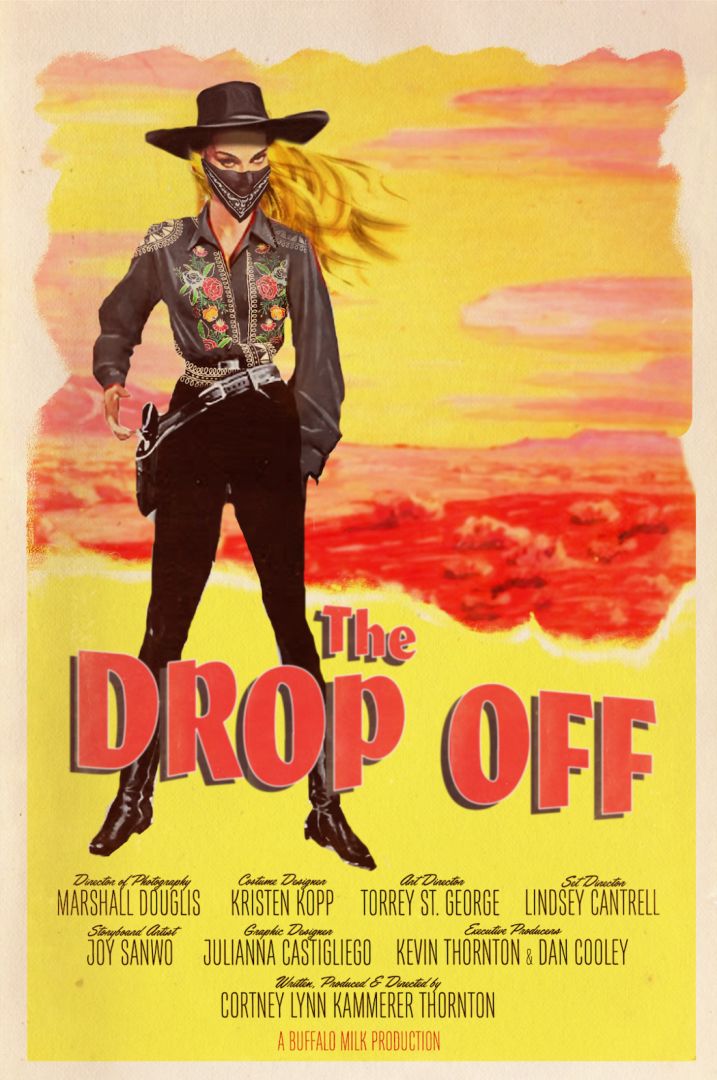 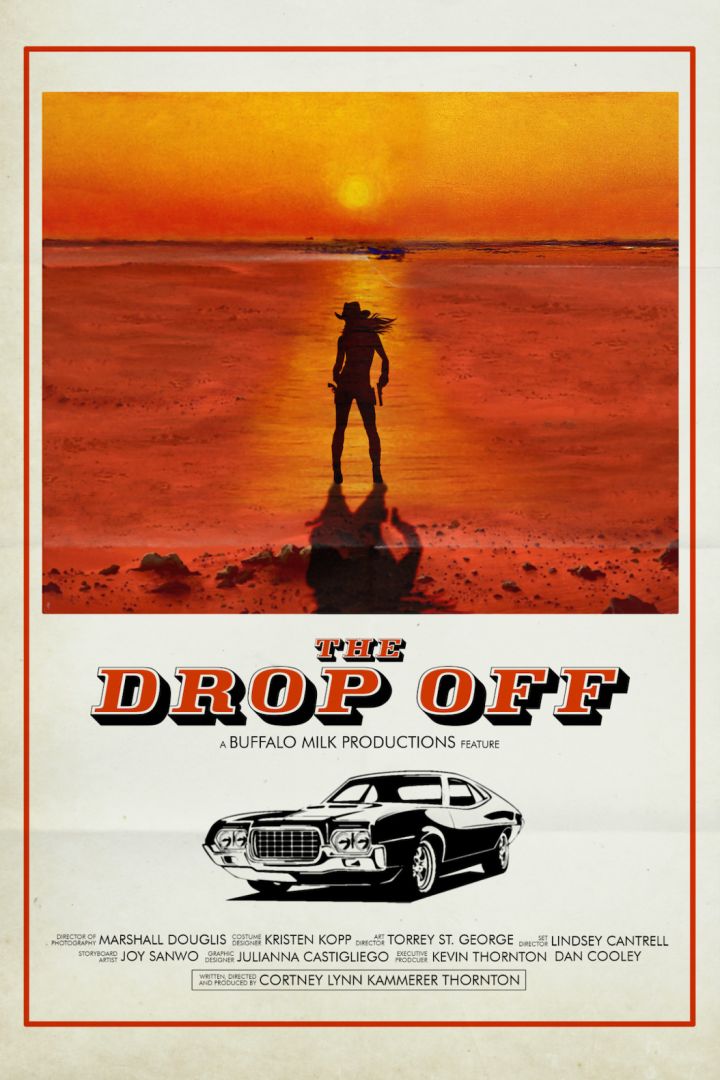 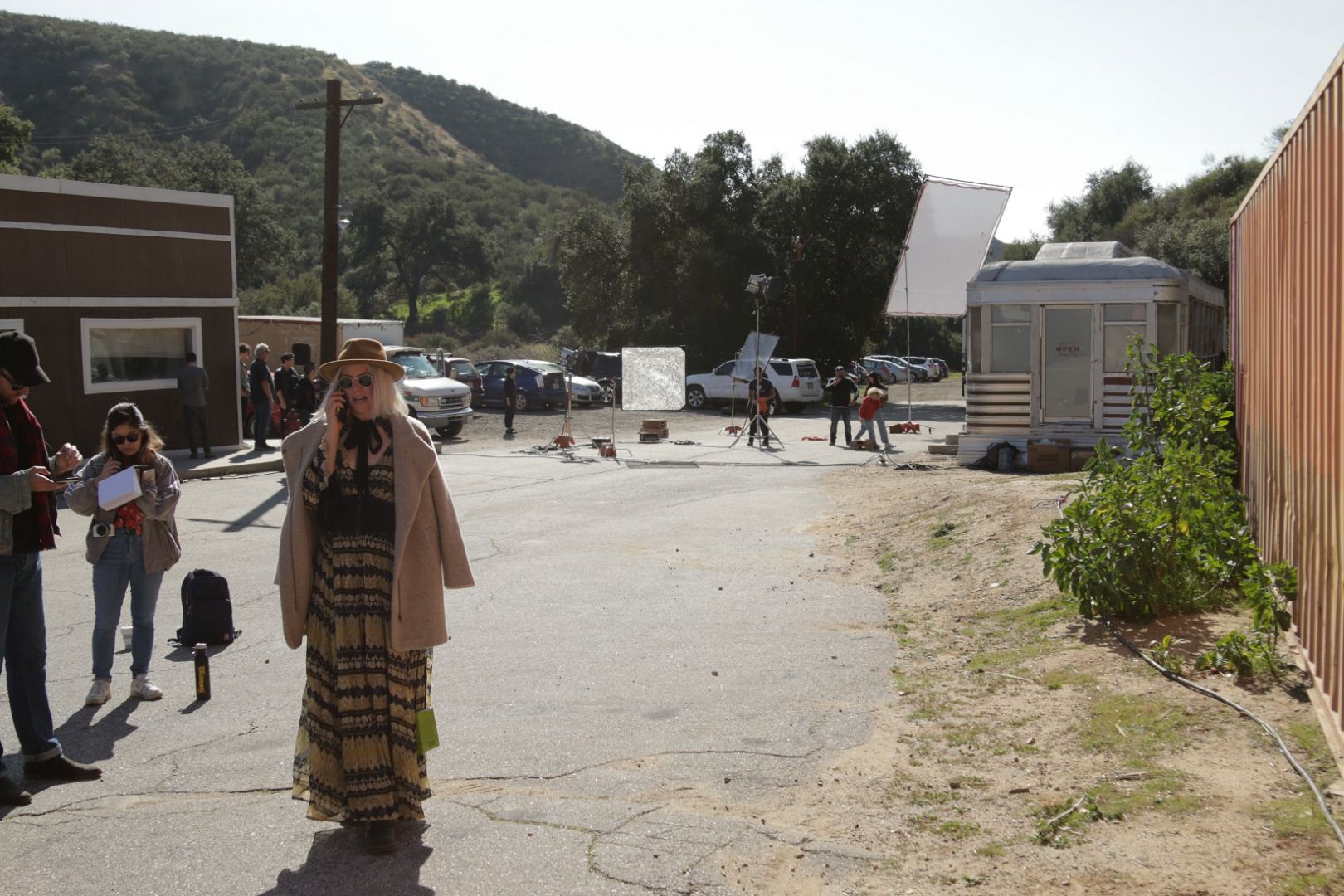 Alright, so let’s move onto what keeps you busy professionally?
I call myself a pictorialist because I paint moving pictures. I live to create cinema not only for me, but for the masses; it makes me feel whole. Painting moving images for an audience to be immersed in brings my pure joy. It gives me a sense of freedom when I am working on my films and collaborating on other movies or series. The beginnings of my filmic career can be traced back to my days growing up where I took my parents camcorder to make homemade movies and my constant need for keeping Turner Classic Movies on while doing homework. As a kid living around the LA surrounding area, seeing the yellow location signs peppered all around, film shoots constantly appearing only to disappear as quickly as they came up and billboards for movies coming out that fall eventually became emblems that would later serve as my motivation to be the one behind the camera making movies. I have been hard-working and fortunate enough to learn from some of the best filmmakers in the business. The first film set I interned on was Paul Thomas Anderson’s The Master; I also worked as a Production Assistant on big budget productions like Christopher Nolan’s The Dark Knight Rises and in 2011 landed a Producer’s Assistant gig for JoAnne Sellar. For four years, I worked under their tutelage and assisted Daniel Lupi and Paul Thomas Anderson as well. As with the close of any productive nesting period, I left my first film family to spread my wings. and went on to produce independent productions. Since 2013, I produced award winning short films, web series (Talents Web Series, an Austin Film Fest selection and Simi Valley distributed by BlackPills/Vice Company) documentaries (In Search of Voodoo, Academy-Award Nominated Actor Djimon Hounsou’s directorial debut) and a feature film called The Dreams of Rene Sendam which will distributed this year. In 2018, I made a conscious switch into the Art and Set Decoration departments where I am learning the design and decoration aspects of narrative film. I have worked under well seasoned Production Designers like John Paino (Dallas Buyers Club) and Dan Bishop (Madmen) on killer shows such as HBO’S Big Little Lies, Apple+’s The Morning Show and Apple+’s For All Mankind. I continue to make valuable connections with high profile production designers and set decorators acquiring resourceful vendors and currently I am learning how to build/construct sets. I am most excited about my directorial debut film, “The Drop Off”. It’s a story following two recently divorced parents meeting for the first time to exchange the kids. It’s an ambitious story, one that weaves the present, the past and a pulpy western day dream that Anthony Mann and Sergio Leone would have been happy to cook up. It’s been a project in the making for the past two years in terms of the story, but over a decade in acquiring the skillset to be confident enough to go out on my own to make the art and tell the stories that are important to me. We launched our kickstarter campaign and hit our first goal within five days of launching, which was incredible! We were also named #projectwelove as a Kickstarter Staff Pick, a huge honor is the Kickstarter Community. We are now pushing for a stretch goal to make sure everyone will be paid on the project. Building a successful kickstarter campaign takes a lot of hard work, but if you put in that elbow grease it will pay off in both the short and long run! I’m proud to be a female director embarking on a journey where many men have ventured and succeeded, but very few women have directed within the western film genre. Even more, I have a female lead, something rarely seen in western films. I’m proud of my tireless persistence and perseverance on this filmic journey. It has not been easy, but growth doesn’t come from life being easy; growth comes out of discomfort, out of the challenges and beautiful art is produced under pressure. I believe that everything happens for a reason and every path, mountainous, wide, straight or narrow, every redirection and every dead end have ultimately led me here. I’m finally listening to my pictorialist soul and taking a huge leap of faith to paint moving pictures. The biggest lesson I’ve learned and if I can offer any advice to filmmakers pursing their own filmic dreams is don’t give up. Keep chipping away piece by piece, keep checking off those little boxes on your “get to do” list and you will get there. For every hundred no’s you will get that one yes and bask in those moments of glory when you do get that yes; lift your head up and be present and proud. And then get back to work!

If you had a friend visiting you, what are some of the local spots you’d want to take them around to?
What an interesting question to be answering during a pandemic! I will answer as if we are not living through one because there are certain aspects of the city that I miss dearly and think that they should have honorary mention. Let’s start with the westside and work our way east as that is how my life living in Los Angeles has panned out: Also, I’m going to also pretend that these friends are early risers who take advantage of the silent sweetness that sunrises have to offer in Los Angeles. First, surfing at sunrise south of the pier in Venice because it tends to be a little mellower there. Breakfast Burritos at Thomas Burger’s near the pier. Ask for extra salsa! Hinano in Venice for a killer burger! Plus, its a legendary spot in itself. If you’re lucky enough, a local will show you where Jim Morrison from the Doors carved his name years ago. Also, ask for the bartender Justin. He will take care of you! Roller skating or blading on the beach boardwalk up to Santa Monica. The people watching is incredible and having a fun way to exercise on vacation is a must! Finish with dinner at Casa Blanca in Venice. Fresh tortillas instead of chips. They’re delicious! They have my favorite make your own burritos and Chip the bartender makes the BEST margaritas. I dare you to challenge me on that one. Make it spicy while you’re at it! Bay Cities for a Godmother sandwich! They also have quite a few premade sammies that are well worth stopping in and grabbing for a nice beach day. Also worth checking out on the westside although a little bit north in Malibu: The Getty Villa. By far my absolute favorite place in Los Angeles. It’s magical. I’m a sucker for art from antiquity and their collection is fabulous. They also serve food there so it’s nice to go in the early afternoon, cruise the grounds and then post up for a nice mid day fresco after that! Baby Blues BBQ in West Hollywood (or Venice) – I love how many bbq sauces I get to smother the food in. Makes me happy (I’m all about a good sauce). Griffith Park Observatory for an early morning hike. Stunning views of the city at sunrise (well at any time of day on a clear day), but going early is a must though. It gets super busy! Larchmont Wine and Cheese. Grab yourself a bottle of vino and a turkey sandwich. One of the best in town. Lette Macarons – because no one has ever gone wrong with designer macarons. The flower market downtown (before sunrise for the best selection of course). WELL WORTH THE EARLY BIRD MORNING! Grand Central Market. So many goodies to check out. GO HUNRGY! The Pie Hole in DTLA (or Venice) – their double sugar crusted apple pie is fuego. Habitat Coffee in Glassell Park – the BEST Muffalata sandwich I have ever had. Hands down. Casa Bianca in Eagle Rock. The pizza. THE PIZZA! Also, if you’re a ranch on pizza fan, theirs is delicious (again, me with the sauce). Highland Park Bowl! Beers and bowling at a historic bowling alley. You can’t go wrong! Walking tours via LA Conservancy for great tours of historical locations that really make the region unique. A great way to learn about the city and work off those burgers and burritos too! Huntington Gardens in Pasadena. My partial to a good flower garden and the grounds are incredible. Go in spring when the roses are in bloom! The Mayan downtown for a concert! El Rey mid city for a concert! Twilight concert series for a beach picnic and concert! The Greek for a concert! Any venue offering live music or a concert!! I miss live music so much right now! 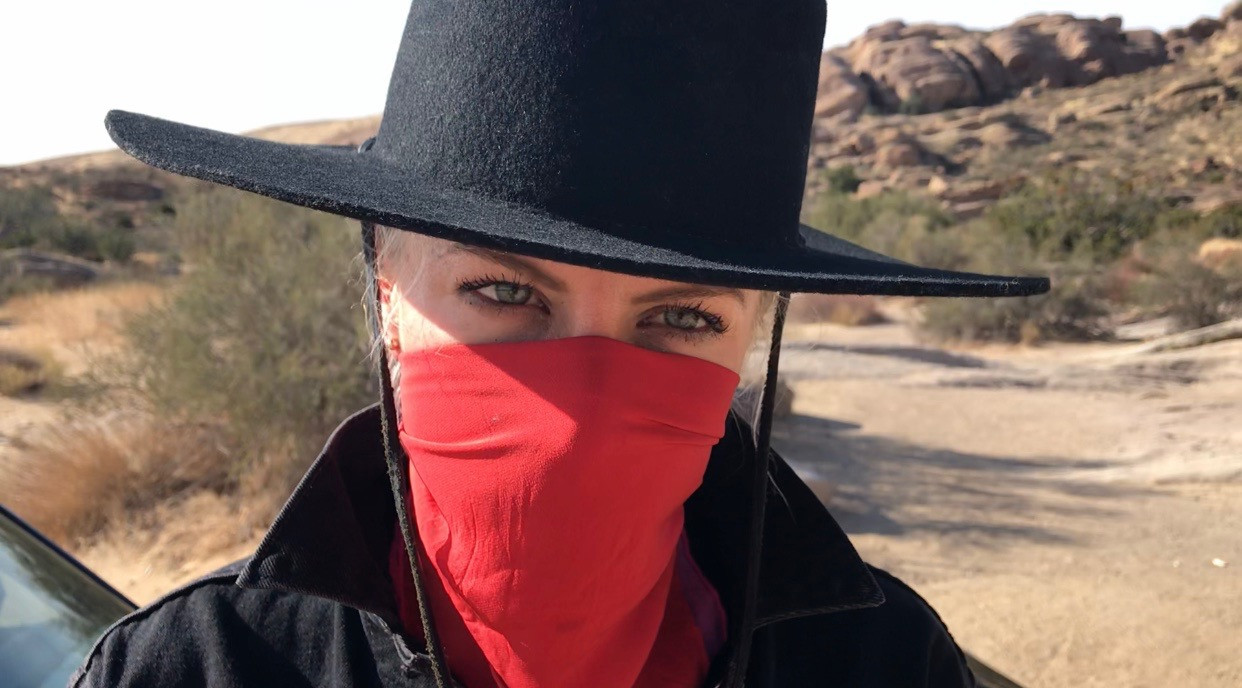 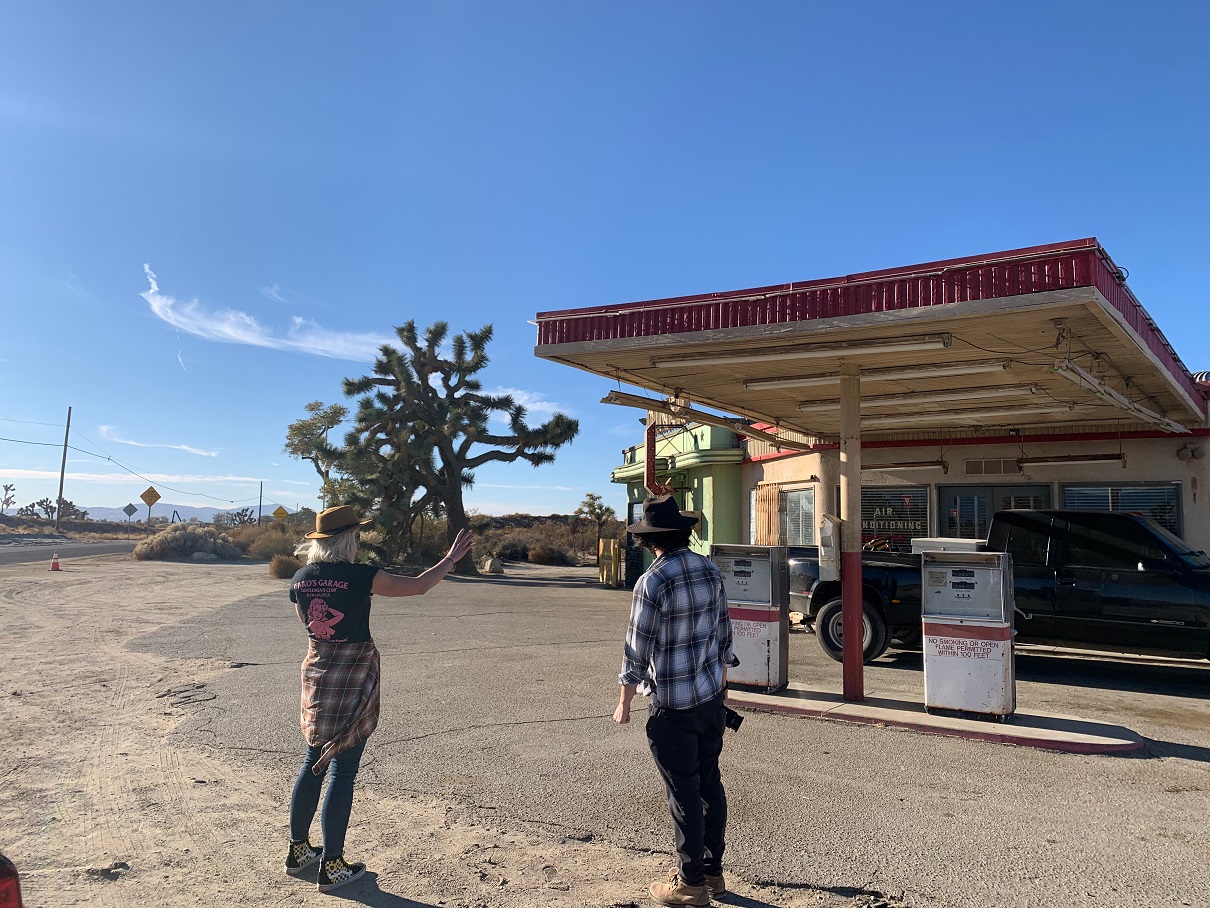 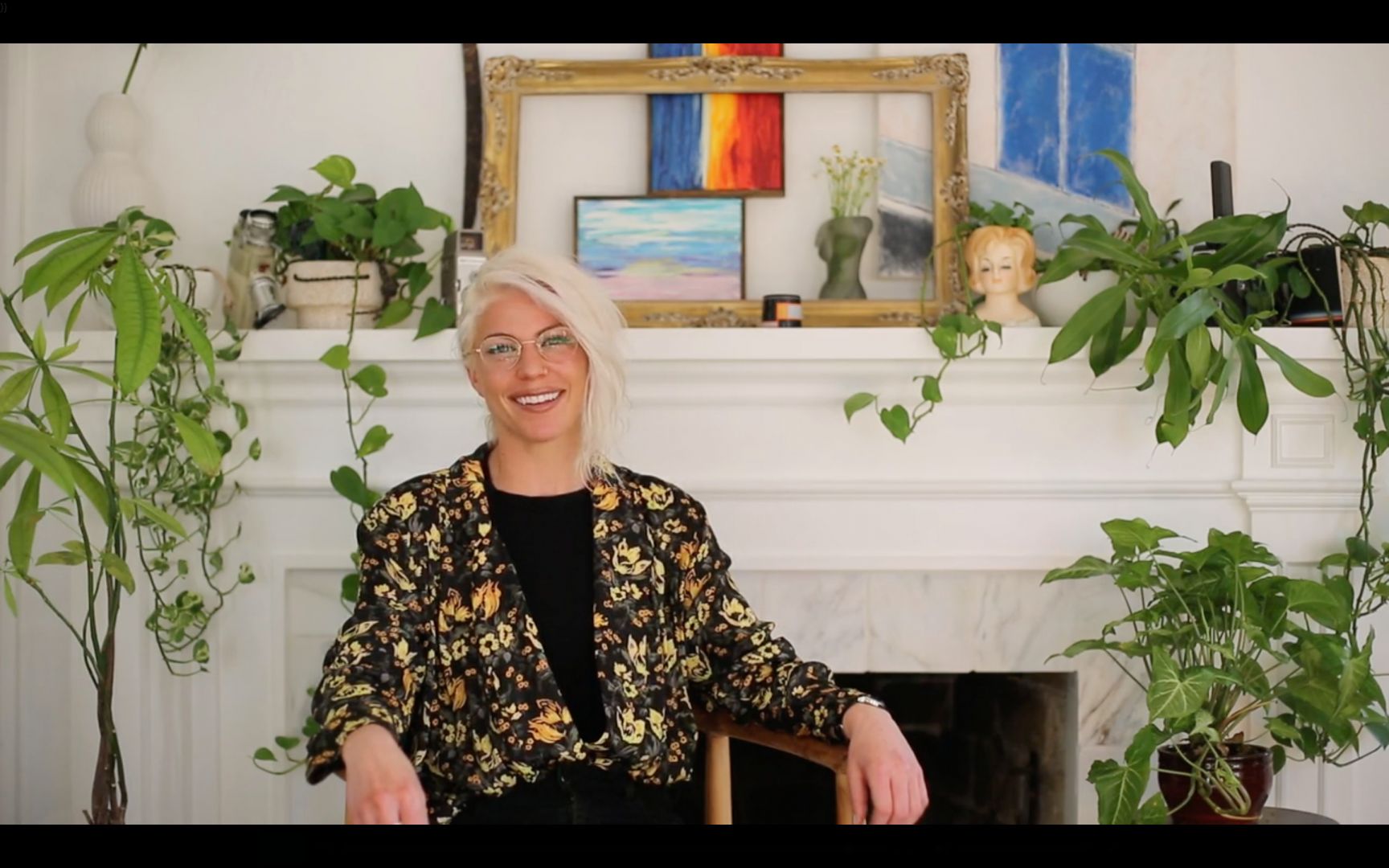 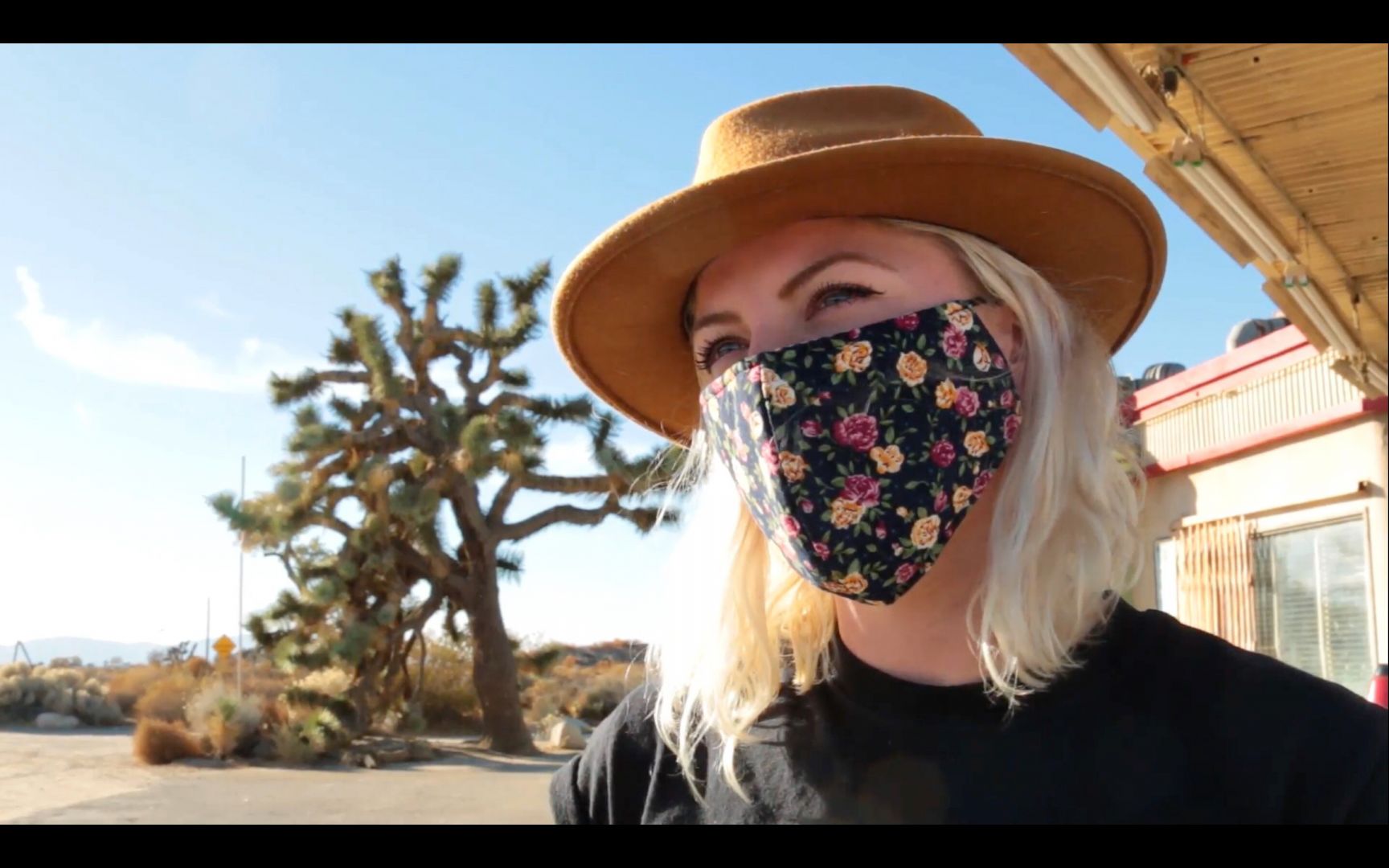 Shoutout is all about shouting out others who you feel deserve additional recognition and exposure. Who would you like to shoutout?
What a loaded question! It may be cliche, but without these people and organizations, I really wouldn’t be here today. I want to dedicate this to my mother Kathy and my husband Kevin, for it is their fighting spirit, tenacity, courage and compassion that inspired me to finally make the decision to go full force into choosing a life of artistic endeavors not let anything stop me. Some honorary mentions of those who I have considered my mentors from the time of the conception of my filmic endeavors and those who support me today: JoAnne Sellar, Daniel Lupi, Paula Suhy, Shakil Balkhi, and Mike Mestas

Other: Our kickstarter campaign: http://kck.st/3adhBzG

Meet Tomas Slemenson, Zach Jones, Conrado Pesinato | from the band Out Of The Woods