We had the good fortune of connecting with Courtney Blythe Turk and we’ve shared our conversation below.

Hi Courtney Blythe, we’d love to hear more about how you thought about starting your own business?
My thought process was “how do I put myself in a position to be able to choose the stories I want to tell? Topics that I can help create a narrative around to be both entertaining and have a positive impact on a certain audience, or the world if I’m lucky. Ones that could spark conversation and hopefully change for the better. And if I can somehow make people laugh at the same time, well that’s a giant cherry on top.” My answer was first to really put this entire idea out into the universe. I started talking to friends and other industry creatives about their interests and about the idea of becoming a producer, until I eventually spoke to the right person who just happened to be willing to allow me an internship, turned assistant gig, at my first film production company. That job catapulted me into my next big opportunity which gave me an executive position at a brand new development and finance company, where I was really able to give input on stories and ideas that were compelling to me. After working there for a few years with quite a few films and an incredible documentary under our belt (The Last Animals is available on Nat Geo!), the universe had finally aligned and led to my starting Nu Arrow Productions, a company I hope will be a powerful platform for voices heard through many untold and untapped stories. 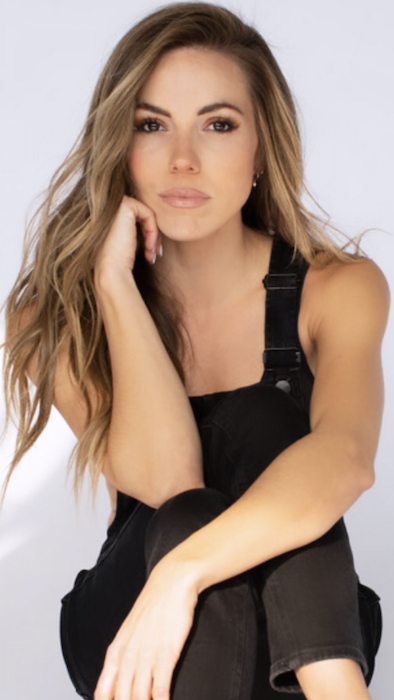 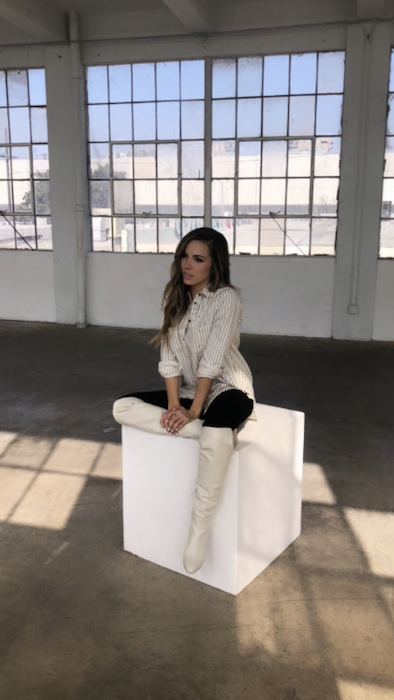 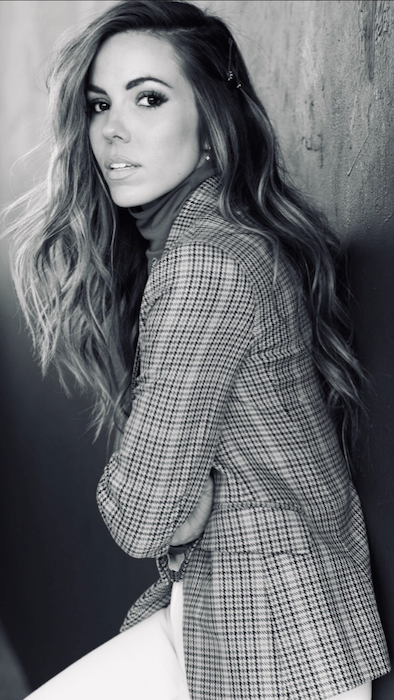 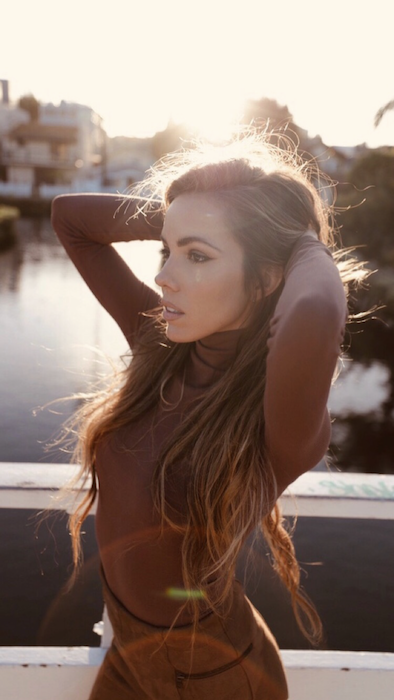 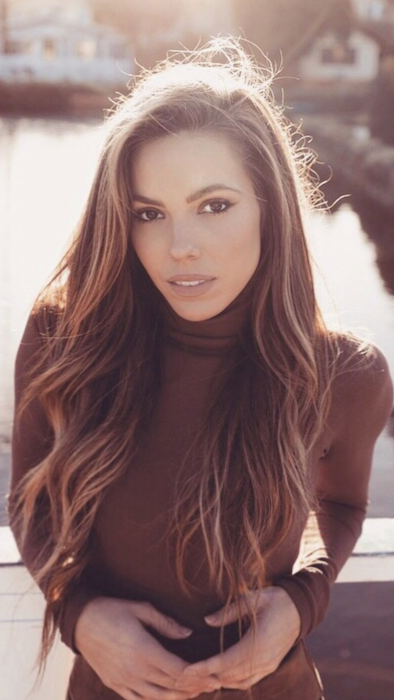 What should our readers know about your business?
I would have to say that my business is a compilation of many things. Some of these are telling stories through both acting and producing TV and film, which tags along with my love of traveling and consistently discovering new culture and perspective, loving and taking the moral opportunity to help protect animals as much as possible, and all aspects of health and fitness. I think all of these things tie into who I am as a person, which in turn forms, for lack of better words, me as a “brand” (aka a business). I take these beliefs and interests into consideration in everything that I do. For instance, the documentary I worked on, The Last Animals, was and is forever so special to me because it allowed me to be a part of something much much bigger than I. It made me realize that what we do as individuals, and especially as a team with shared interests and passion, really can make a huge difference. It is a documentary that war photographer and journalist/director Kate Brooks chose to explore and shed light on with regards to the killing of African elephants and rhinos, and beyond. We at our company at the time, Foxtail Entertainment, saw the incredible work she had already accomplished through footage and outreach and unanimously decided this was something we had to be a part of. TLA went on to gain the attention of activists such as Prince William and Leonardo DiCaprio and was recognized and awarded at festivals around the world. Of course, getting the project to this point was surely not an easy process, as we jumped through hurdle after hurdle, but seeing how long and hard Kate had worked to get to this point was some of the most inspiring work I’ve seen to this day. She is a real life Superwoman. Along with many other projects that I am absolutely proud to have been a part of, this one in particular set my inspiration meter at an all time high and is a huge driving factor regarding stories I look to continue to create through Nu Arrow Productions. 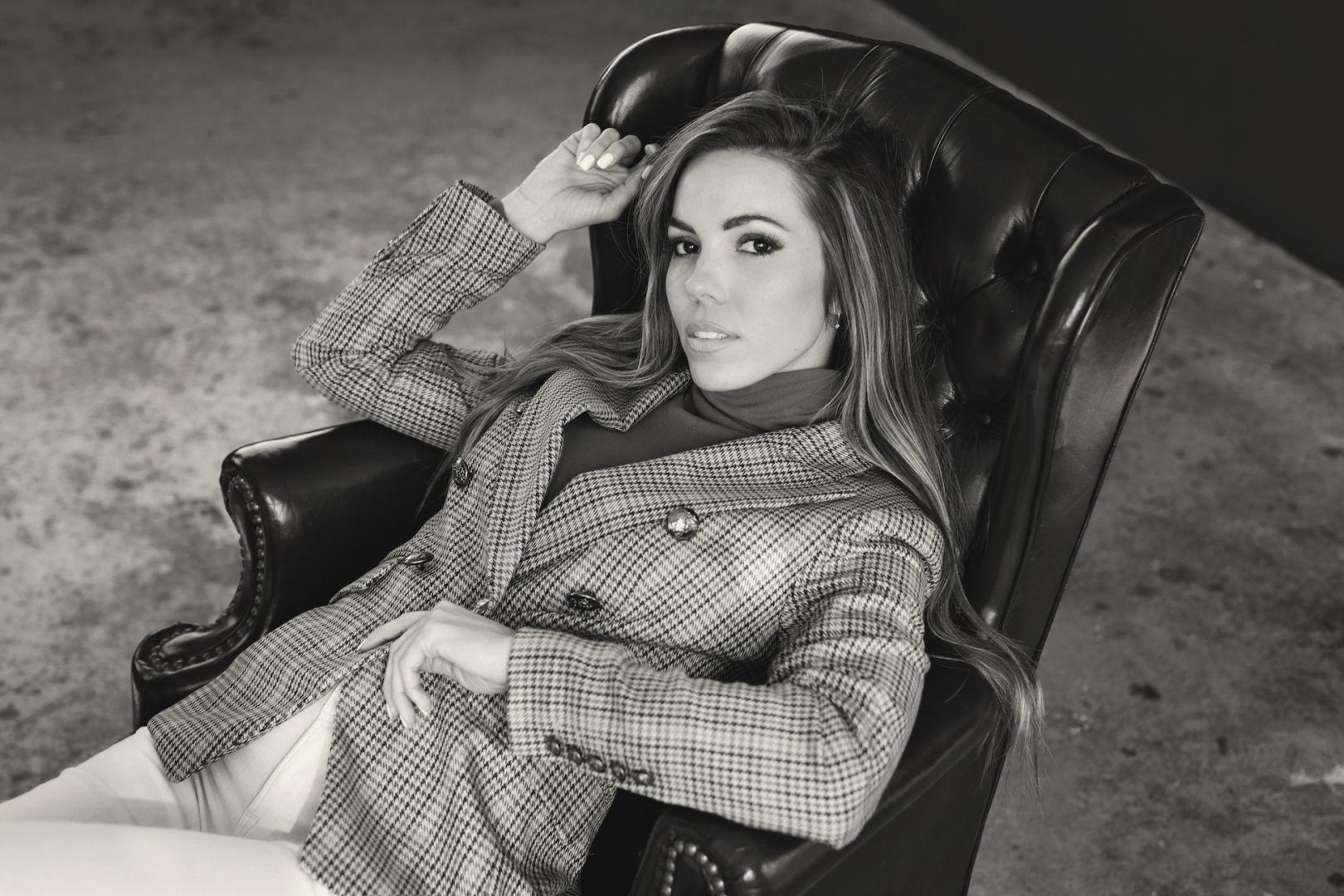 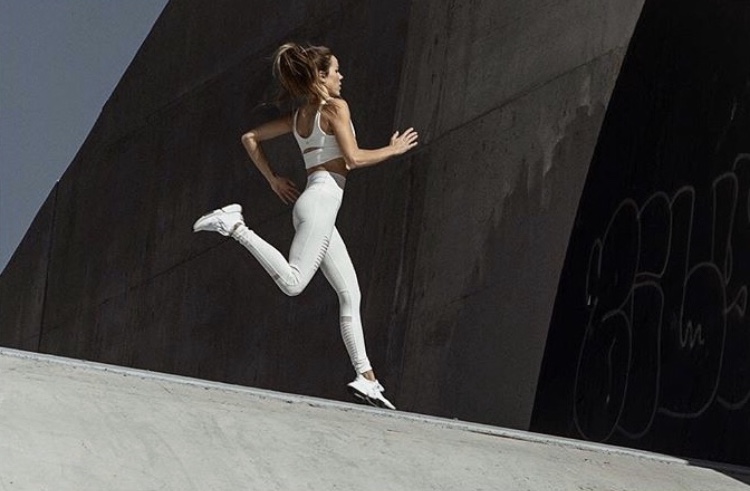 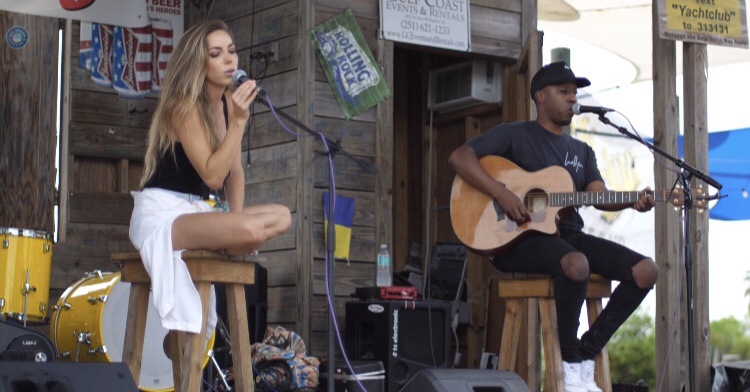 Any great local spots you’d like to shoutout?
I love when friends or family come out to visit! You might have guessed it, but I think a hike is a must here in LA. There are the usual Runyon and Fryman Canyon trails, but there are also many beautiful, less congested and a bit more diversified areas to explore when you get closer into the Malibu Canyons. Escondido Falls is pretty popular but it’s a great one. The Griffith Observatory hike is well worth it too. Ok short answer: hiking definitely! A picnic or meditation session at the peak of one of these mountains also isn’t a terrible idea. I would also probably force them to take a ride with me on the beach cruisers through the Venice Canals, and if I could pull it off, a sailing trip out of Marina del Rey. As for food, my diet leans mostly towards plant-based, and some of my favorite spots offer both vegan and non-vegan options. Some of my go-to spots here on the Westside are Greenleaf in Venice, Playa Provisions in Playa del Rey and Misfit, Tallulas and The Golden Bull in Santa Monica. The Penthouse at The Huntley in Santa Monica is also on the itinerary simply for that nearly 360 degree view of the ocean, city and mountains! Jones in West Hollywood has been a solid favorite of mine for both food and drinks since I moved to LA 10 years ago, and Crossroads Kitchen is a delicious vegan spot. The Village Idiot, Sunset Tower Hotel and Melrose Umbrella Company are on the list to stop by for a drink. Last but not least, a somewhat hidden gem in Topanga Canyon is Inn of the Seventh Ray. I’ll leave that one for you to google and let the photos do the talking (drooling over here)… MAGICAL! 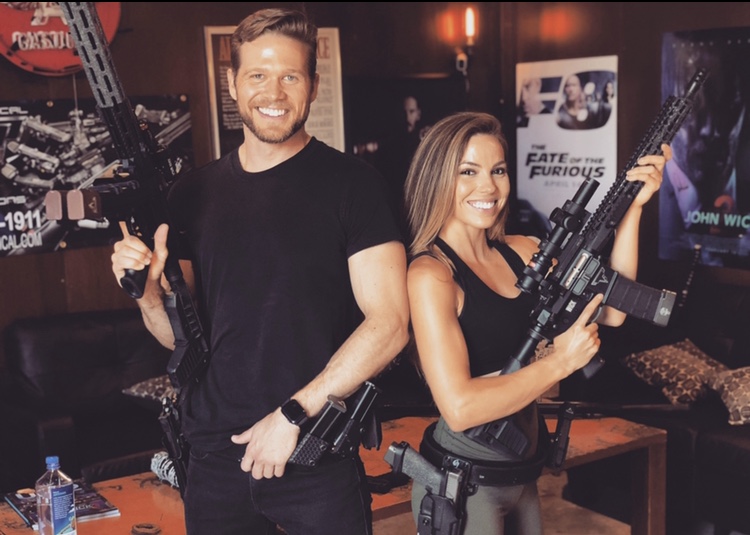 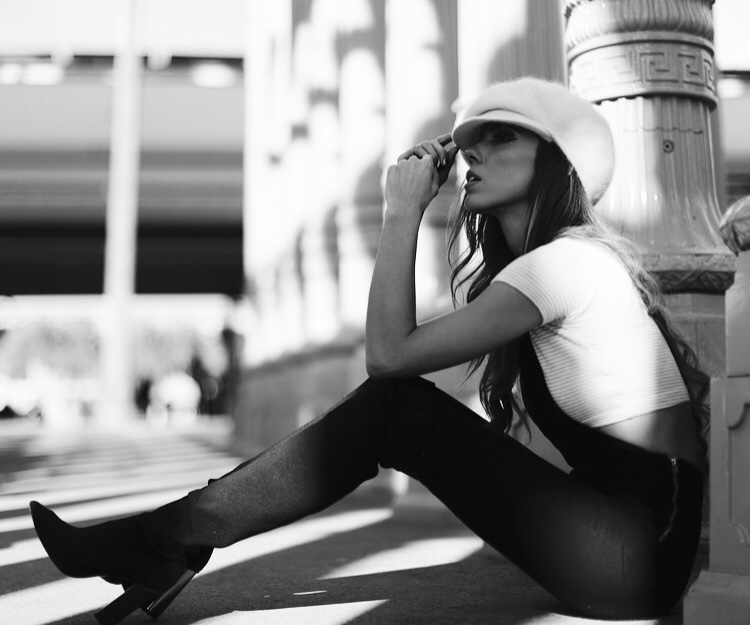 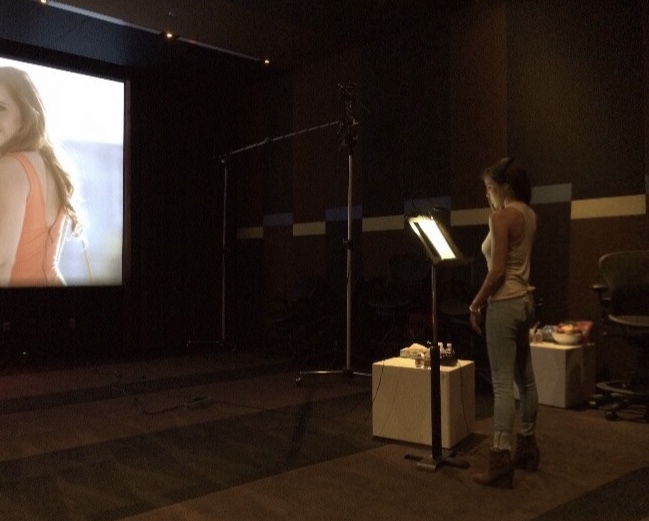 The Shoutout series is all about recognizing that our success and where we are in life is at least somewhat thanks to the efforts, support, mentorship, love and encouragement of others. So is there someone that you want to dedicate your shoutout to?
My family who have loved and supported me unconditionally deserve a huge shoutout. Two people that always push me to be the best version of myself are my talented love, actor/producer/master impersonator Brett Zimmerman (@brettzimmerman) and best friend, actress/martial artist/plant-based health guru Giulini Wever (@giuliniwever). These two are rockstars at everything they do and I feel so fortunate to have them in my support system and life. My management team at ROAR that has been nothing less than family, I’m so grateful we found each other. My first producing partner and friend Ray “Rosé” Segura who also gave me my first sports TV hosting opportunity. “Til’ the wheels fall off!” My incredibly talented musical mentor and partner Michael Warren (@michaelwarrenonline) who believed in me, made my first experience recording music happen and my first show onstage for Whiskey Jam (@whiskeyjam). There are many more and I wish I could name them all, but I hope you know how much you all have shaped my existence! 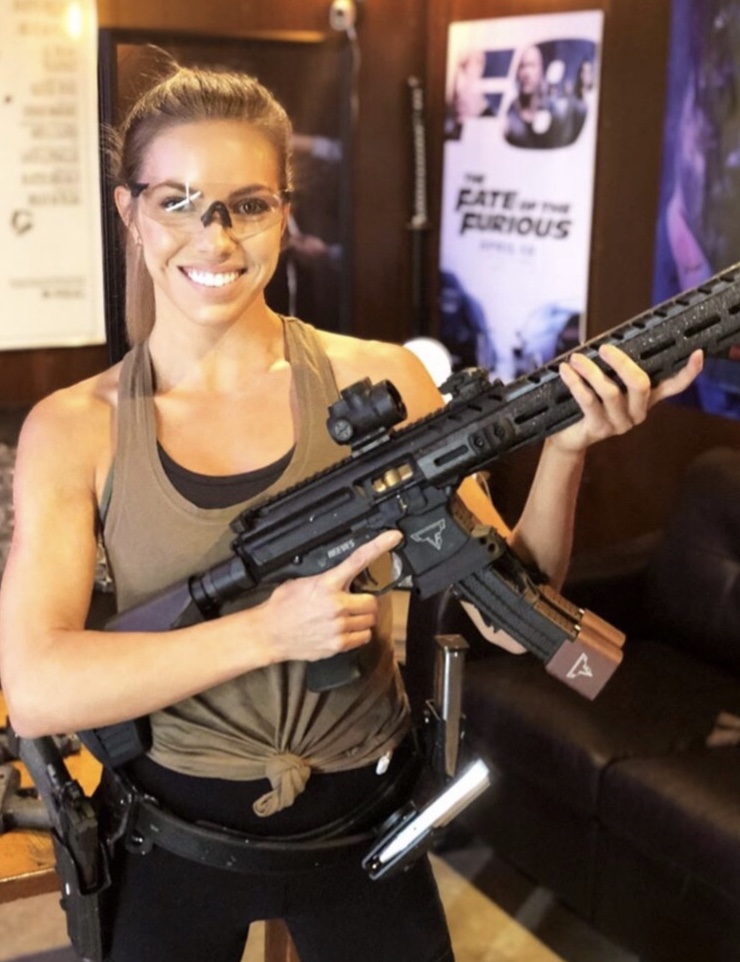 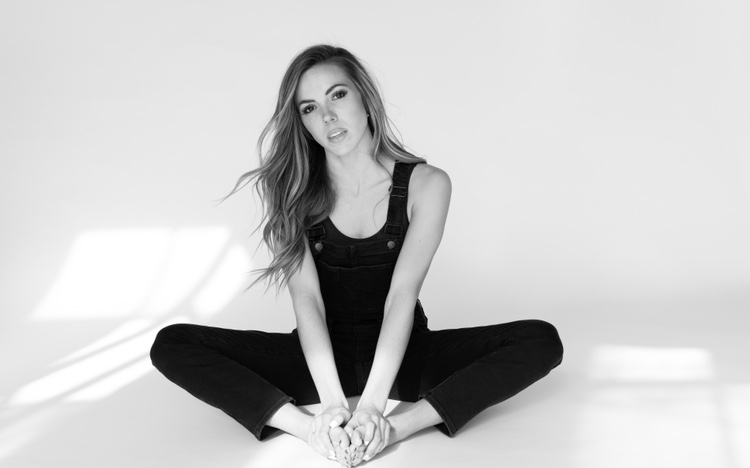 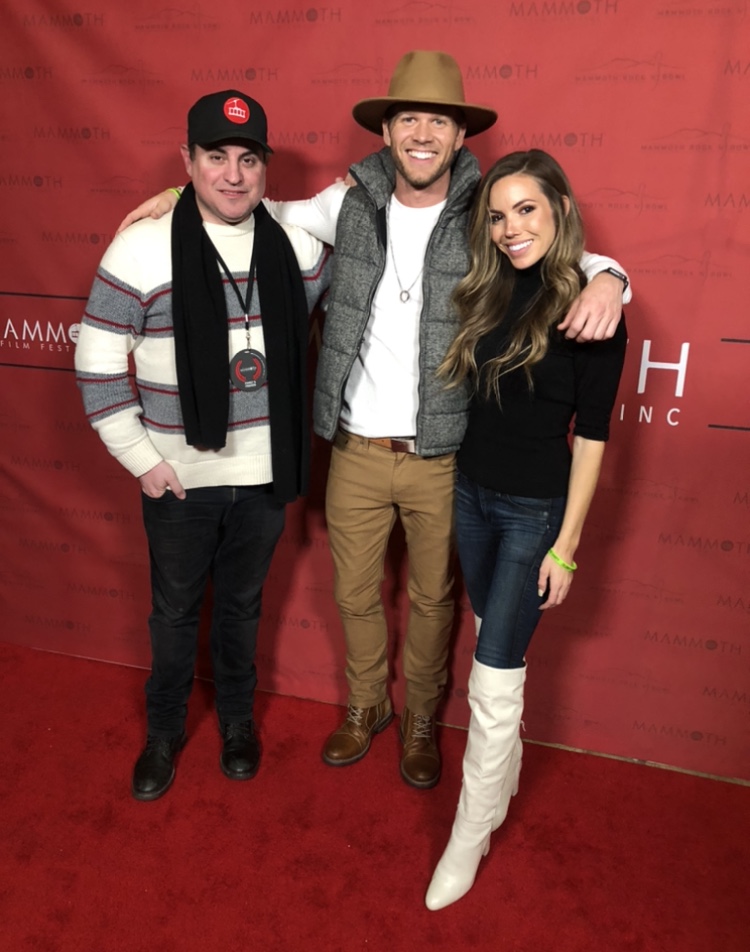