We had the good fortune of connecting with Craig Owens and we’ve shared our conversation below.

Hi Craig, what was your thought process behind starting your own business?
Originally, I embarked on taking Old Hollywood style photos in historic places for another creative project I had in mind. The locations I chose were all supposed to be haunted, which, at least to me, added a sense of fun and mystery to the shoot. Little did I suspect at the time, that my project would eventually change the course of my life and career. While shooting at the Mission Inn in Riverside, CA, I witnessed strange things, like disembodied footsteps and the sound of things being moved when no one was around. I even saw my first “shadow figure,” a paranormal phenomena I didn’t believe in at the time. Months later, strange events once again occurred during a photo shoot at the Pierpont Inn in Ventura, CA. It was then that I began to wonder: is there something about my approach that was triggering these weird ghostlike occurrences? After discussing what went on at the Mission and Pierpont Inns, friends and family talked me into conducting similar photo shoots at other haunted locations for a possible book. At first, I was reluctant to do this because it meant that I would have to shelve my other project. But I was genuinely curious as to whether or not I could experience further paranormal activity at other locations. So I committed to staging creative photo shoots at sixteen haunted hotels over the course of several years. I chose historic hotels because my crew and I could stay there around the clock for several concurrent days in order to run tests to see if there is any merit to the paranormal claims. I also wanted to promote these places, many of which had fallen on hard times during the Great Recession. Originally, I had envisioned a small, thin book that encapsulated the history and provided a brief description of the hauntings along with my photos. But I soon discovered that much of the history at each location had errors and omissions, so the book project became larger in scope. Part of the completed project was published as “Haunted by History Vol. 1: Separating the Facts and Legends of Eight Historic Hotels and Inns in Southern California,” and it seems to be the kind of book that critics and the public wanted to read. In 2018, it earned a Publishers Weekly Star Review, which is difficult for a self-published author to receive. Two years later, it received two awards from the Eric Hoffer Book Awards: its Shortlist recommendation and an Honorable Mention. This year, it became the No. 2 best-selling book on Hotel Photography of all-time. The book’s success has opened additional doors, allowing me to conduct sold-out historic tours at many of these historic places. So the publishing business has now expanded to include tours and a few paranormal investigations, which I hope to resume and expand upon this year. 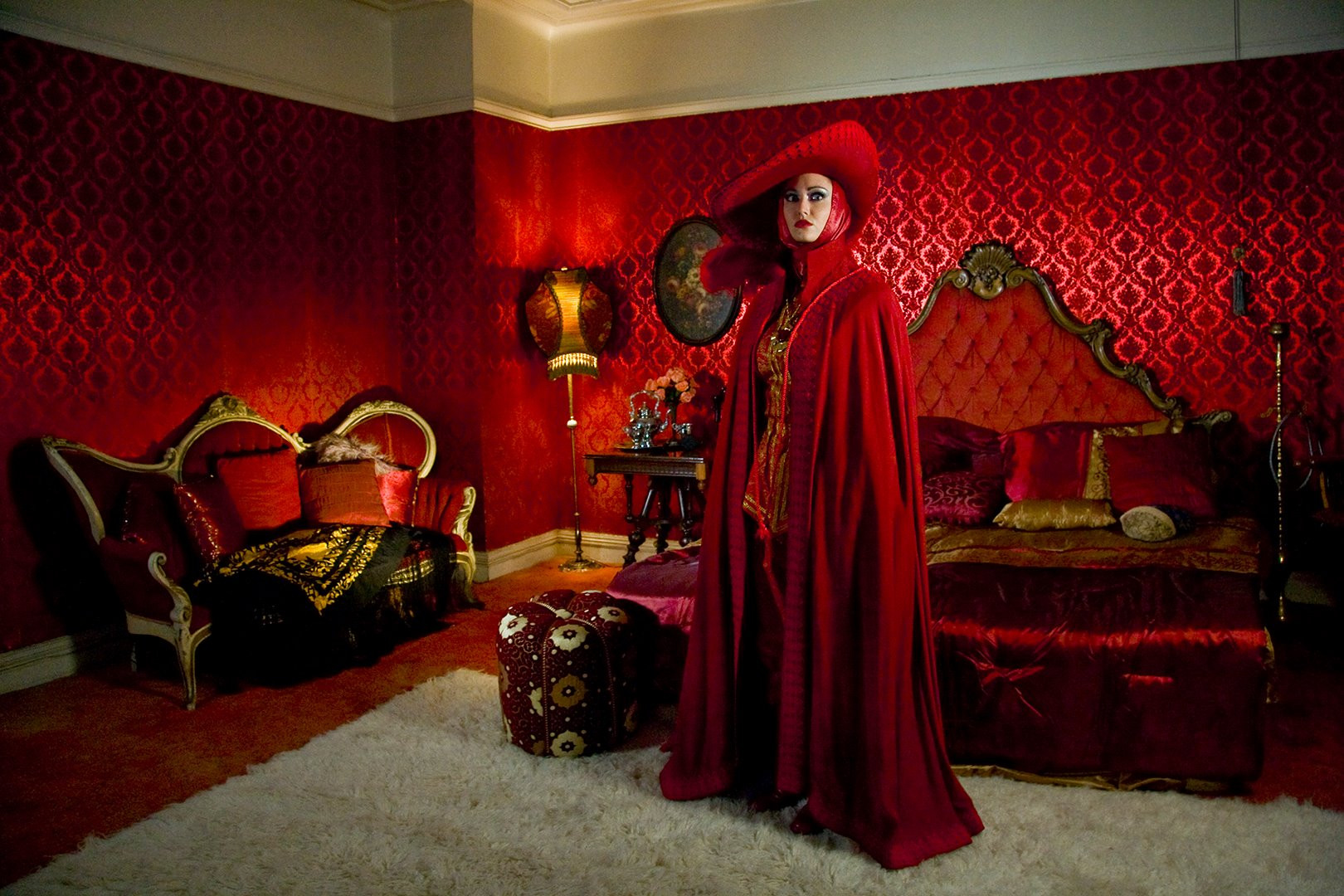 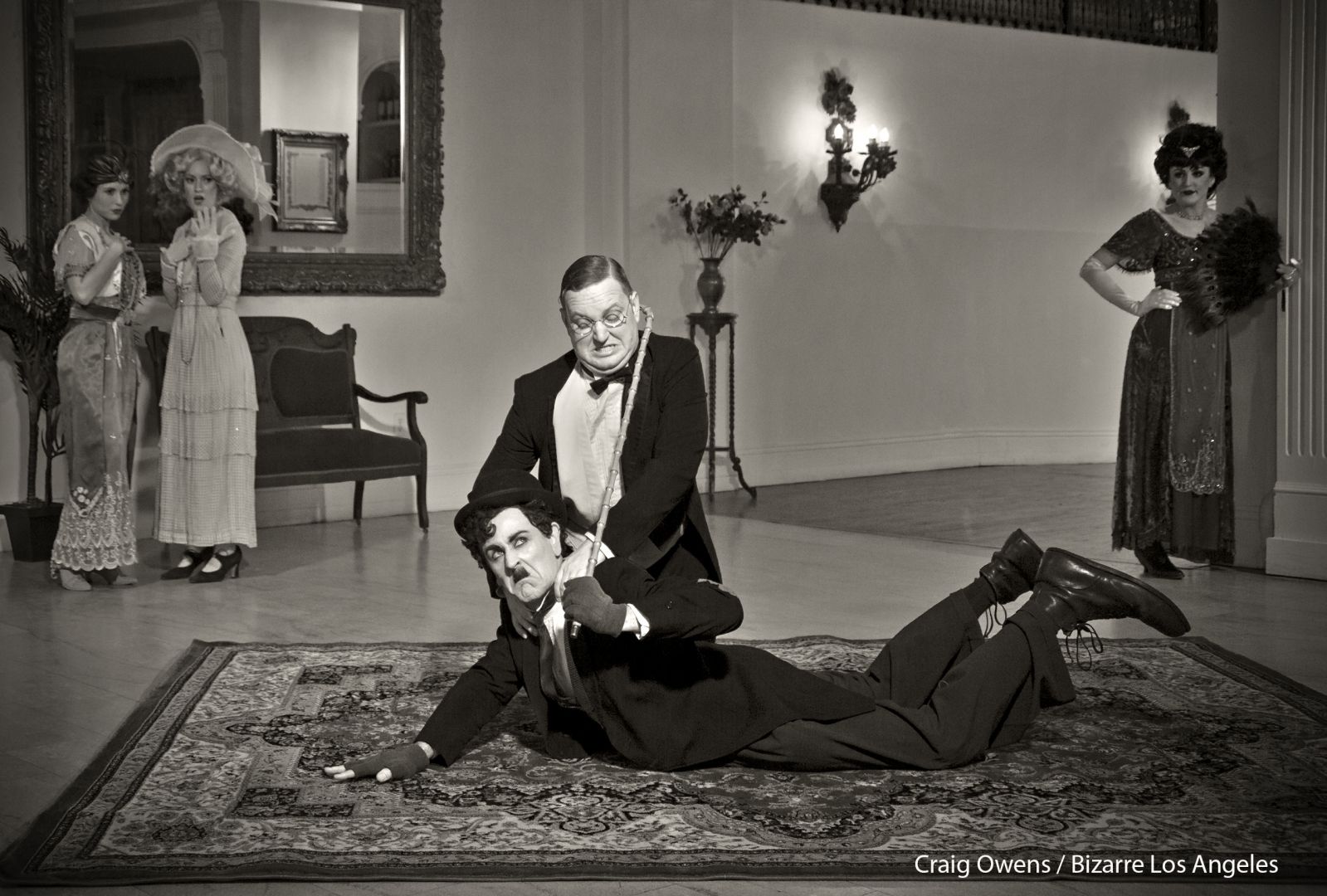 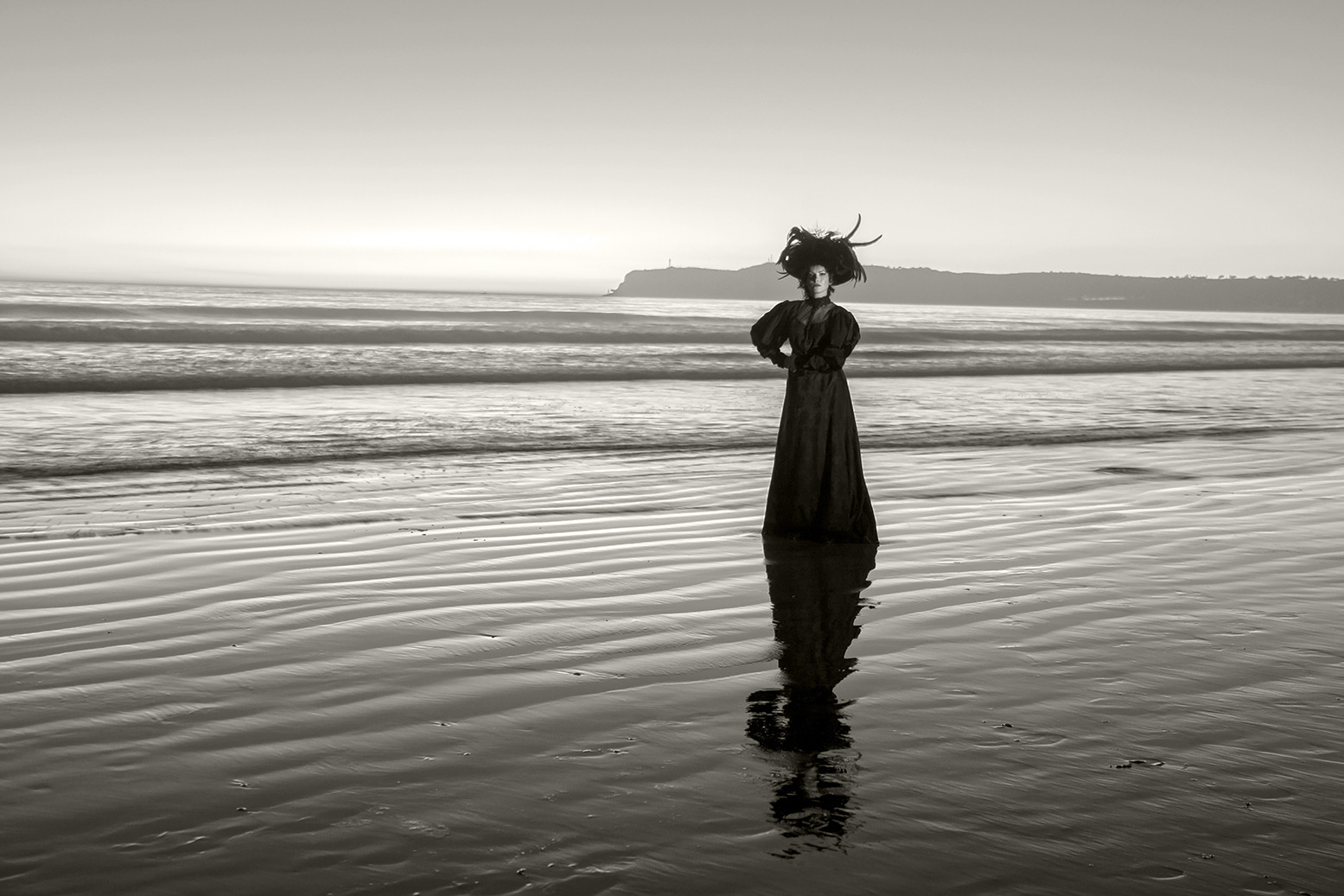 Alright, so let’s move onto what keeps you busy professionally?
Historic research, writing, paranormal investigating and photography of a haunted location takes time and is not something I can complete in a couple of months. But when I am able to combine all of those elements together to create one impression, then I am at my happiest. One of the challenges I face has to do with people attempting to pigeonhole me as being one and not the others. So I’m constantly having to find new ways of demonstrating that I produce my best work when I can combine all of these elements. Last fall, the Dark Zone TV  brought me on as a historian for its Halloween investigation of the Queen Mary. After hearing about the other facets of what I do, the producers asked me to conduct an experiment inside the haunted Queen Mary Salon during its live stream on Halloween night. For the experiment, I brought along two vintage folks, Brian Rohan and Alex Ridio, who wore masks and vintage clothing as they danced to a sad rendition of the old song “Skylark.” Since a few of the older ghost stories associated with the Queen Mary Salon has to do with people hearing vintage music in a dark, empty room or seeing ghostly figures dancing in the shadows, what better way to test these paranormal claims than by replicating them using real people? While Brian and Alex were dancing to “Skylark,” The Dark Zone’s electronic equipment, used for checking for paranormal activity, lit up during the music number, indicating that something unusual was going on. I think a lot of people online, in the control room, and in the Salon were taken back by it. The Dark Zone now wants me to try it again at another location, which is great. I look forward to it. But there are still a number of people who don’t fully understand what I do. In fact, I’ve sat in a number of television pitch sessions where the producers only saw me as a paranormal or true crime host and didn’t want me fact-checking paranormal claims or taking photos. So I still have obstacles to overcome. I always stress that I am not seeking to prove that ghosts exist. I am merely testing the ghostly claims to see if there is any merit to them and to see if the ghost stories accurately tie into a real historic event or personality. Because book sales, speaking engagements, and tours help finance the Haunted by History project, a lot of energy goes into marketing as well as the research. So I am always busy.

Any places to eat or things to do that you can share with our readers? If they have a friend visiting town, what are some spots they could take them to?
Despite Los Angeles’ ever changing landscape, there are still a few favorite historically haunted places still around and worth patronizing. Unfortunately, some are currently closed or heavily restricted due to the COVID pandemic. My favorite downtown restaurant bar is The Wolves, located in my favorite historic building, the Hotel Alexandria on the corner of Spring and Fifth Street. Despite its newness, The Wolves looks like a pre-Prohibition bar, circa 1910, and a few of the folks who worked there have told me ghost stories over the past year or so. From there I’d take my guests into the Alexandria’s underground parking garage to show them patches of original 1910s tile that once belonged to the hotel’s Indian Grill. That’s the location where silent film star Rudolph Valentino used to dance and where Ramon Novarro once worked as a singing waiter. Very few people know about the tiles. Another fun restaurant bar is The Little Easy, which I jokingly refer to as the poor man’s Pirates of the Carribean restaurant at Disneyland. It’s made to look like a mini-New Orleans. It, too, is rumored to be haunted and is also part of the Hotel Alexandria Building. For a good upscale (haunted) bar in downtown Los Angeles, the one inside the Millennium Biltmore is hard to beat. It’s located near the lobby, which is one of the most beautiful ones in all of Los Angeles. Plus it is always fun to ask about the latest ghost stories over a drink. My favorite Mexican food restaurant is El Cholo on Western Ave. Although I haven’t heard that it is haunted, I love their Sonora Enchilada. The recipe dates back to the 1920s and is not your typical enchilada. I also love La Galadrina on Olvera Street in downtown Los Angeles. That restaurant is reportedly haunted. But the Mexican food restaurant/bar that I would personally like to visit again soon is El Carmen on Beverly Bld. I used to eat there back in the 1990s before the original family sold it. At that time, the restaurant wasn’t haunted. These days, however, a few folks are now saying that it is…and that the ghost occasionally stuffs an employee’s pocket with candy. If true, I have a pretty good idea who the ghost is. I once had a dear friend named Martha, who used to dump a handful of candy on my table whenever I made my weekly visit to see her at the restaurant. I miss Martha. She had great stories about everyone from Busby Berkeley to Vincent Price. I am often asked about haunted hotels to book while in Los Angeles. My recommendations are usually the Biltmore, the Hollywood Roosevelt, and the Culver Hotel. But if folks are on a budget, I recommend the Hotel Hollywood (formerly the Oban) at 6364 Yucca St. in Hollywood. I had some weird experiences there back in 1996. The other recommendation is the Figueroa Hotel in downtown Los Angeles. If folks have a day or so to kill, I recommend staying at other hotels located within a couple of hours drive from Los Angeles. One is the fabulously haunted Glen Tavern Inn in Santa Paula and the other is the Pierpont Inn in Ventura. As for tours, I usually recommend Esotouric for all Black Dahlia and seedy, true crime location excursions. I also recommend Barrio Boychik’s tours of Boyle Heights, including his ghost walk. And, of course, my own historic tours at the Aztec Hotel in Monrovia and the Hotel Alexandria Ballrooms, once they resume. Best historic haunted location that I may be able to arrange a private tour? The Romulo Pico Adobe in San Fernando. I love the vibe of that place and it does live up to its reputation. 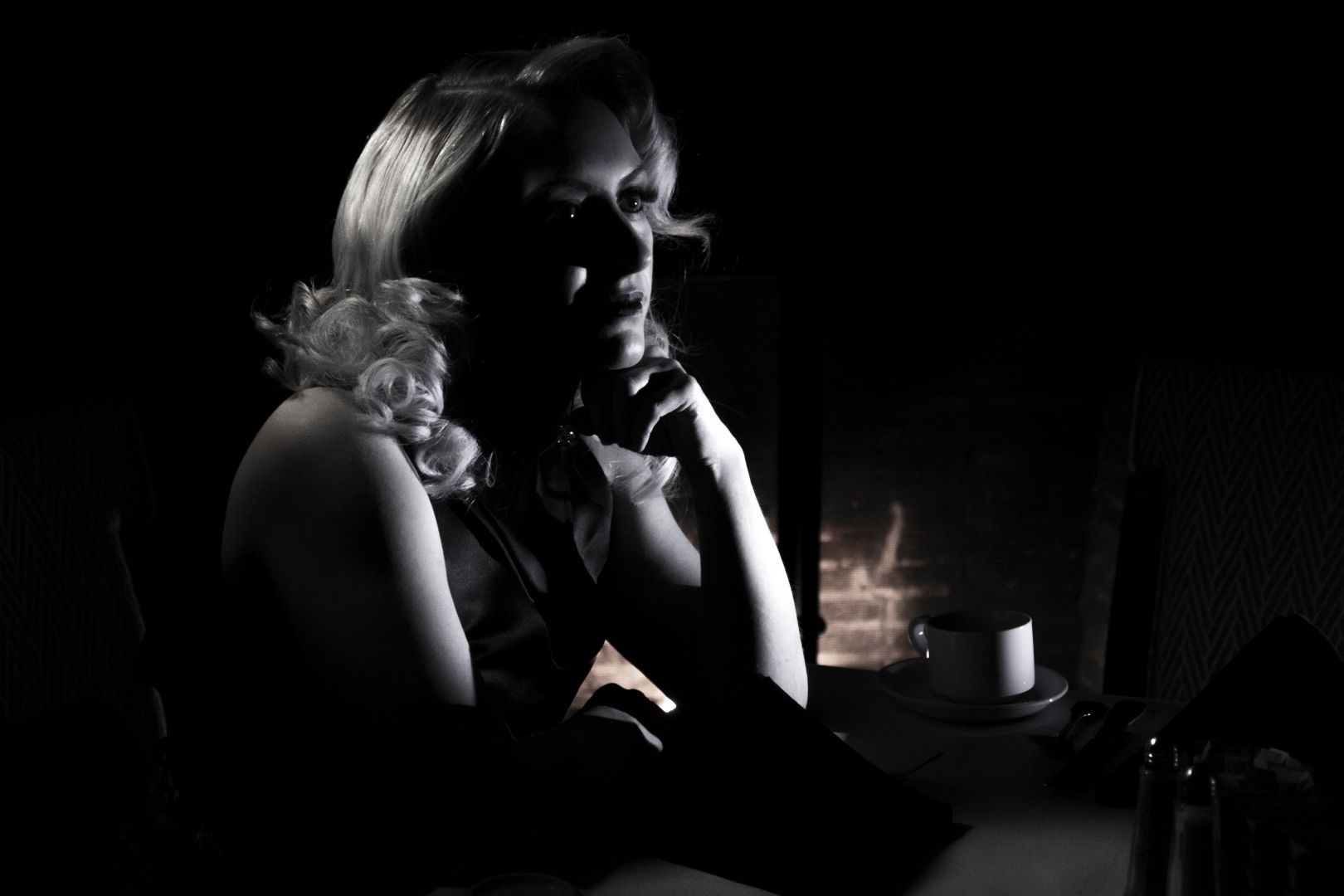 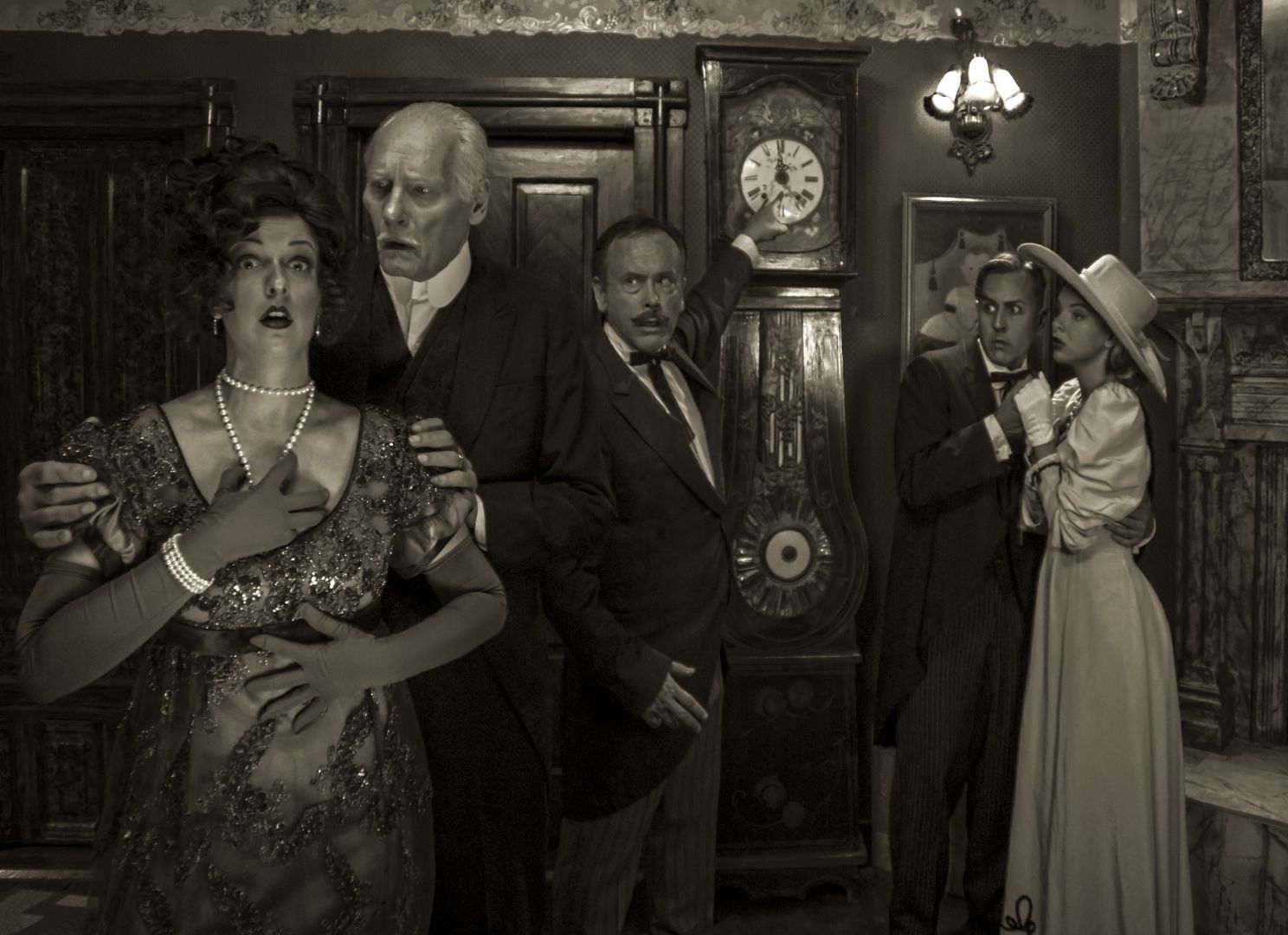 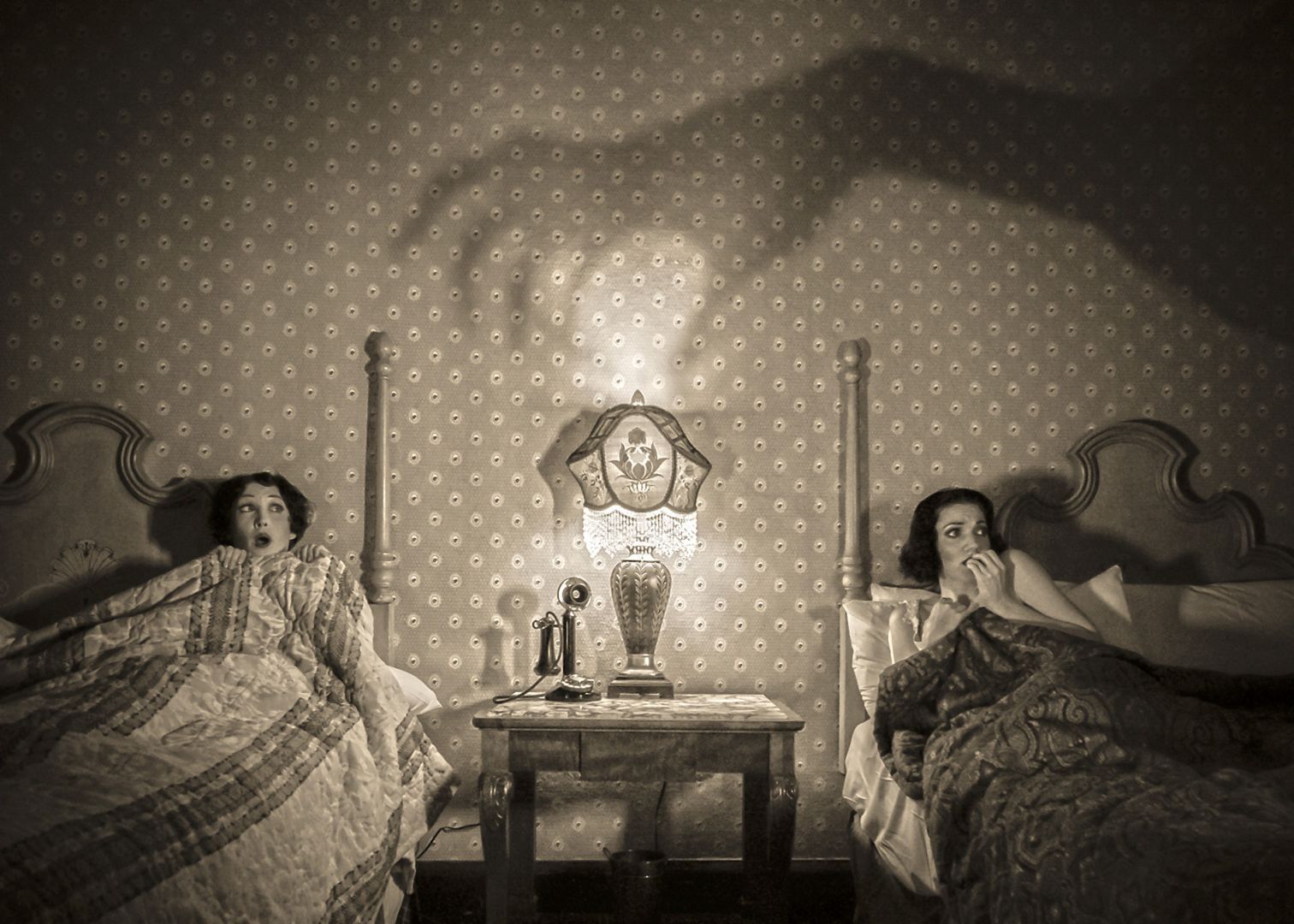 The Shoutout series is all about recognizing that our success and where we are in life is at least somewhat thanks to the efforts, support, mentorship, love and encouragement of others. So is there someone that you want to dedicate your shoutout to?
There are many folks who deserve a shoutout. I’d love one to go to Paul Griffith, owner of Sacred Circle Reiki. He and I bonded over a decade ago when we were investigating the paranormal claims at the Aztec Hotel in Monrovia, CA. We’ve remained close friends ever since that time. In fact, he was one of the first to buy my book when it came out and has given me advice over the years as to how I should handle anxiety when I reach decision crossroads. He has a knack for boosting my morale when I feel defeated. He’s equally congratulatory when I’m victorious. But most of all, he has helped keep me grounded through the ups and downs of publishing and my tendency to overthink.