We had the good fortune of connecting with Darryl Smith and we’ve shared our conversation below.

Hi Darryl, what inspires you?
I am very much inspired by all things related to the Ancient Greek world whether it’s the literature, the language, the philosophy, or the art—every aspect has influenced and inspired me in some way shape or form. What really inspires me though is their legacy in our contemporary world. The language, of course, has a profound legacy as we use their words literally every day. The mythology has been the inspiration for so many artists including myself. The way they were able to codify the human experience and natural phenomena in words I find captivating. From the words it trickles into all of their visual arts. In my work I primarily look at Ancient Greek sculptures and vase paintings and occasionally some Roman mosaics, though I’m focused more on Greece’s ancient history.

Aside from the visual art and mythology, the philosophy, specifically Stoicism, has really helped me out in my personal life. There are other dogmas hidden in mythological narratives, but above all I learned not to freak out about things that are not in my control and to focus my energy on things I can control in order to better myself and be at peace. 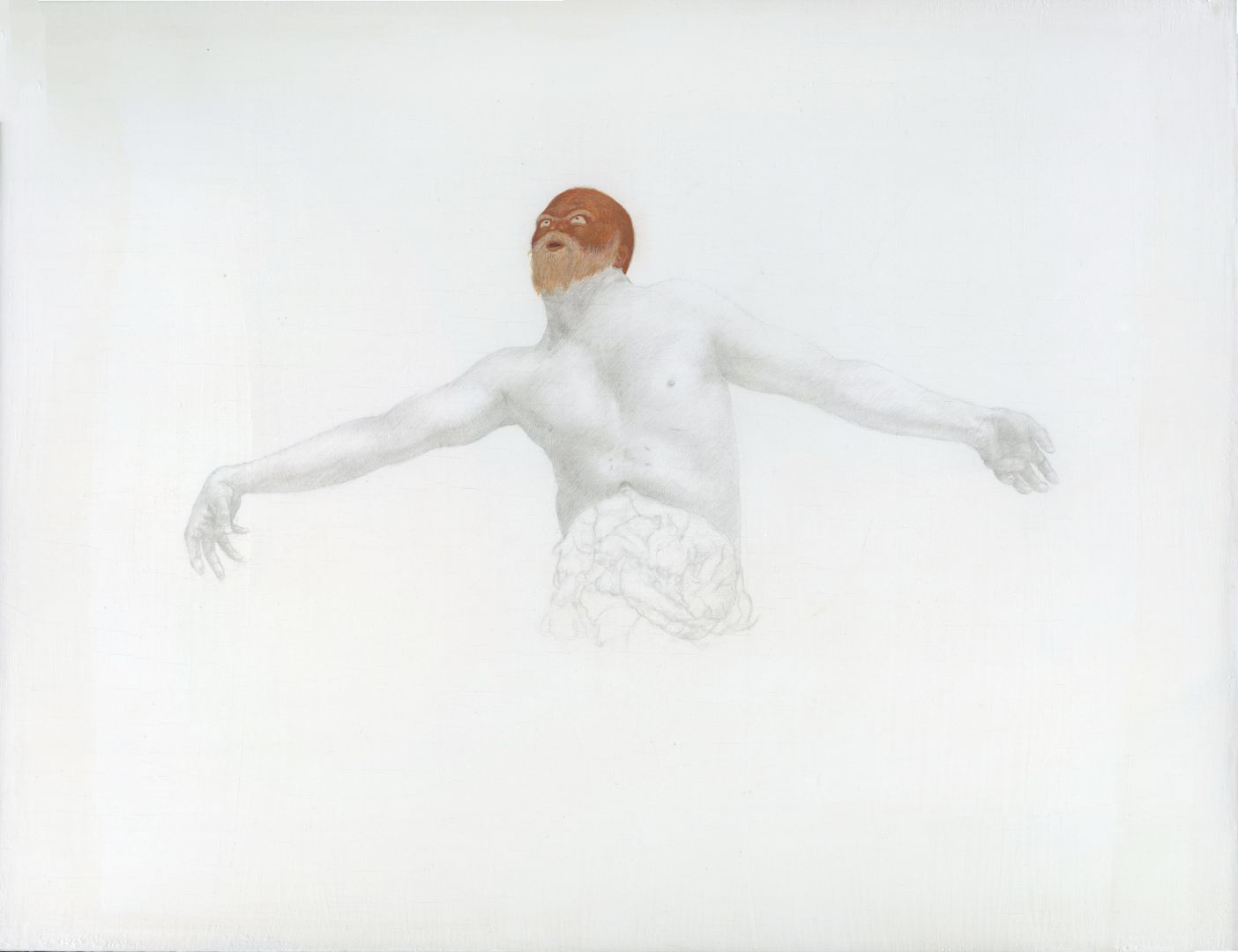 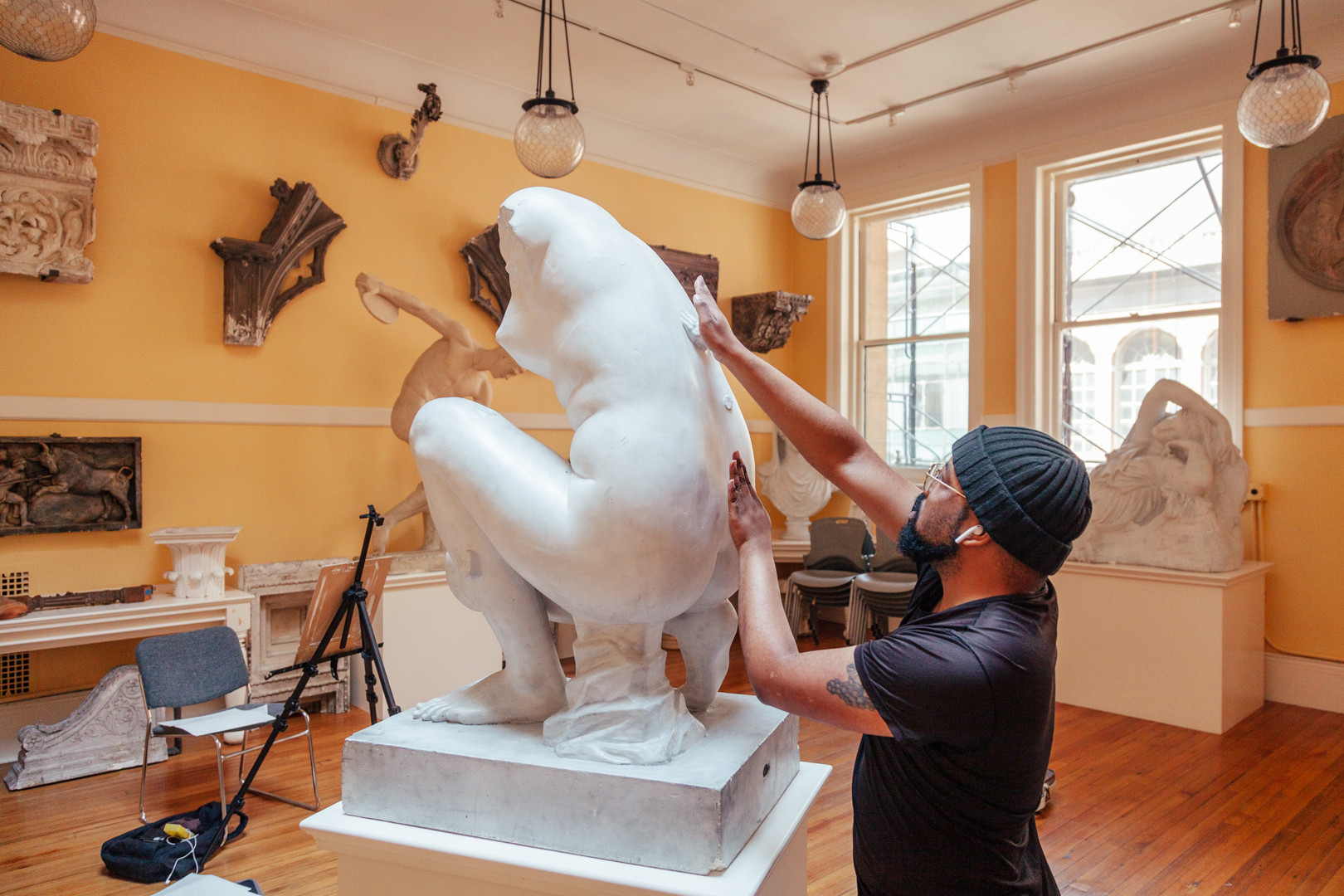 Can you open up a bit about your work and career? We’re big fans and we’d love for our community to learn more about your work.
My artistic career came very much out of the blue from a place I did not know I had within myself. I come from a very analytical background and studied mostly languages up until the point of switching over to studying and finding the beauty in visual art. Learning language for me was more than translating from a foreign language into English and vice visa, it was (and is) such a wonderful way to learn about different ideologies and cultures. In my early days of learning French and Latin I would always go to museums in Washington DC and became utterly amazed by the stories being told on the canvas or in stone. Right out of highschool I started to create this link between spoken or written language and painting, drawing and sculpture. I didn’t really know what the two had in common at the time, but it was a journey that never ended.

The career came to me the more I started to research the similarities between art and language.Through language learning I had my obsession with etymology and knowing the root of things, so I carried this same curiosity into the realm of fine arts and found a well of information. I was very persistent on finding answers, knowing early on that there is no “one” answer. What really intrigued me was how certain ideas have been communicated and repeatedly expressed through art over various cultures over the span of time. It was during this time of deep research that the opportunities started to pop up. Faculty, friends, and peers became more and more interested in the synthesis I was making between the two subjects and my passion towards this research became apparent even in the way I talk.

Was it easy? No not at all. I kept my head low for years for a couple of reasons. One, I was in school and just wanted to focus on acquiring knowledge. Two, I was not necessarily encouraged, but rather dissuaded, from pursuing this research, but I knew my gut had other plans. I think the more interested I became in the research element of fine art (looking at literature, reading ancient mythological and philosophical texts, looking up anatomical treatises, etc.), the more obstacles I had to dodge. Yet through all of it I was still very much persistent. I gathered a lot of information and I wanted to share it in as many ways as possible. I feel if I had listened to the dissuasions and doubts, I wouldn’t be doing what I love every day: drawing the figure.

Originally I thought I would share my love of ancient history, anatomy, and materials just through my art since I work in Renaissance materials—silverpoint and egg tempera. I was bound to get questions about the process and the techniques which I gladly shared. The more I answered and shared, the more people suggested that I create a class about it and so I did! That is how the teaching career started all while sustaining a studio practice within the past 2 years.

I learned a lot in this entire process so far, with the main point being to not overthink and just do, and also to not be afraid to reach out. I’d like the world to know that I strongly feel being an artist doesn’t mean I do one singular thing, but a myriad of disciplines; it’s both a creative and a scholarly pursuit. 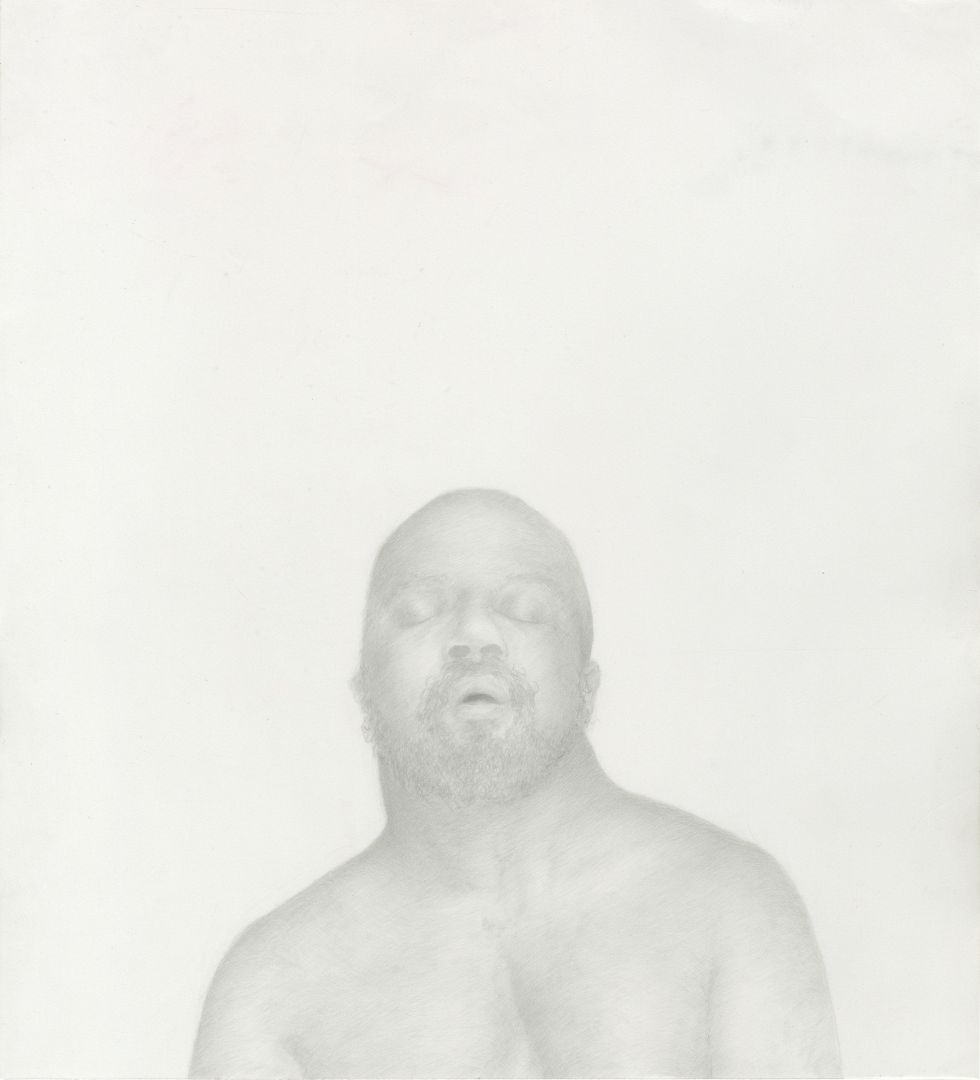 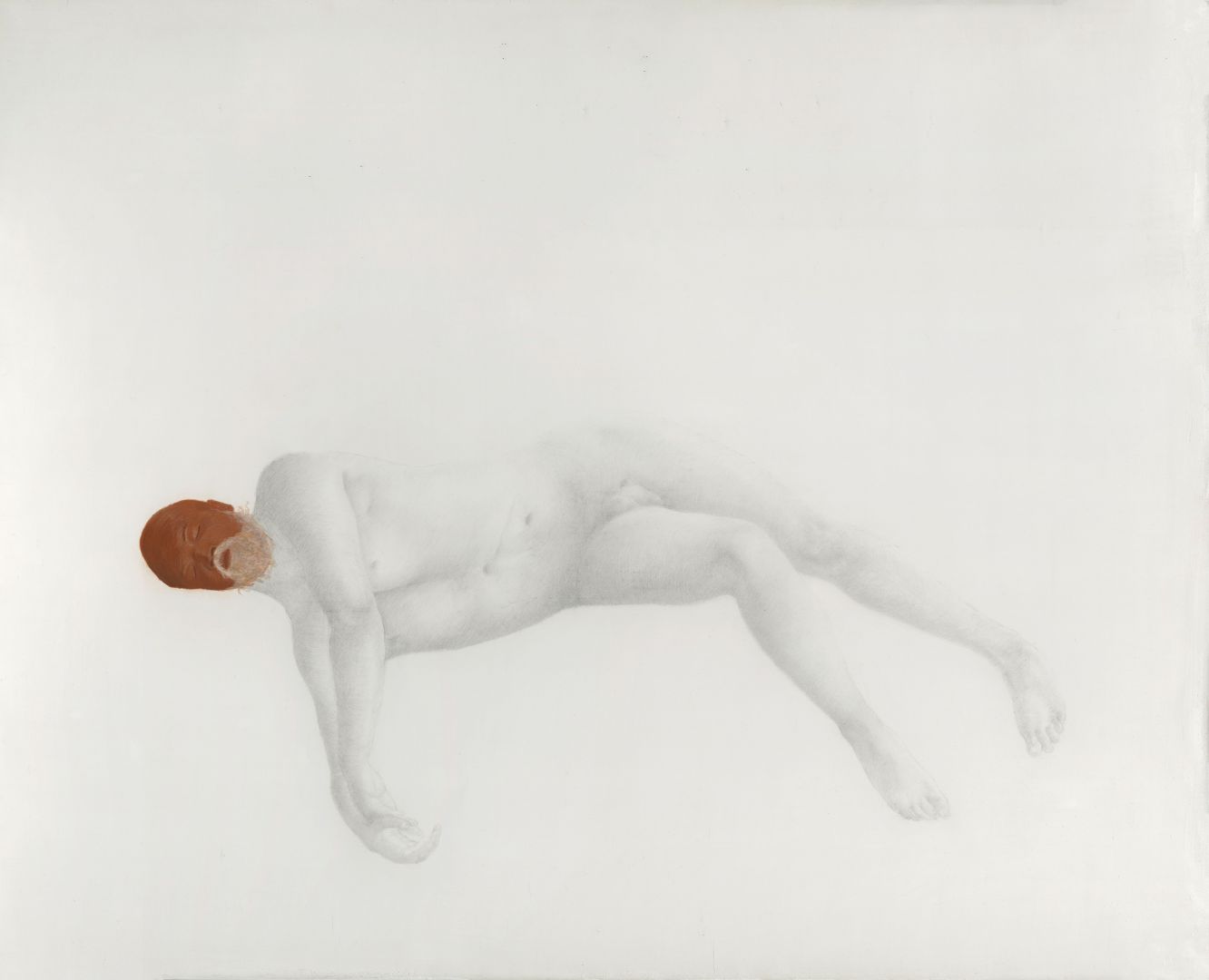 Any places to eat or things to do that you can share with our readers? If they have a friend visiting town, what are some spots they could take them to?
Oh man, so I really love food and art, so the entire trip would center around those two things. One thing I love about Philadelphia when I moved here was that it is a very walkable city, so taking advantage of that, especially during the fall, is nice because you get to see some breathtaking scenery. First off we must walk up the Benjamin Franklin parkway starting from City Hall, the center of the city. The parkway is kind of based off of the Champs-Élysées in Paris, and the diagonal street is flanked with flags from all around the world which I find very beautiful. At the end of this parkway is a huge Greek temple structure which is the Philadelphia Museum of Art, our end goal of day 1 of the trip. My favorite coffee shop, Capriccio Cafe, is along the way and we’d stop there for coffeee and their red velvet cakes which are to die for. The Rodin Museum, which has the largest collection of Rodin sculptures outside of France, is also along the way.

There’s so much to explore in the Philadelphia Museum of Art so that’s just a full day on its own. They even have a whole traditional Japanese house inside the museum which is just a stunning place to unwind, or the Cy Twombly room which has his installation “50 Days at Iliam”. Right near the museum in the neighborhood called Fairmount, named after the big park situated behind the museum. There are so many great restaurants in Fairmount, but my go-to is Zorba’s Tavern because Greek food.

Other great areas for the rest of the trip are Old City, which especially lights up during the first Friday of every month when the galleries are open late and host openings for new exhibitions. A lot of galleries are located in Old City. Chinatown was, and still is, my favorite area to get lost in in Philadelphia: so much bubble tea, all the grocery stores, and inexpensive quick food! A couple blocks from there is another space called Reading Terminal. Think, farmer’s market and small business shops for food, spices, books, what-have-you, all under one roof. Great and tempting donuts are there, and a bakery that sells the freshest baguettes I’ve ever had.

AND my absolute favorite area as of recent is the Italian Market. It’s where I live my I-could-be-in-Italy-but-make-it-South-Philadelphia dream. Starting from 9th and Christian, we’d grab a coffee and a pastry from Athony’s Italian Coffeeehouse and then just stroll and make our way to Washington Avenue. There are literally so many stores with food, books, kitchen appliances, more food. It’s a wonderland! 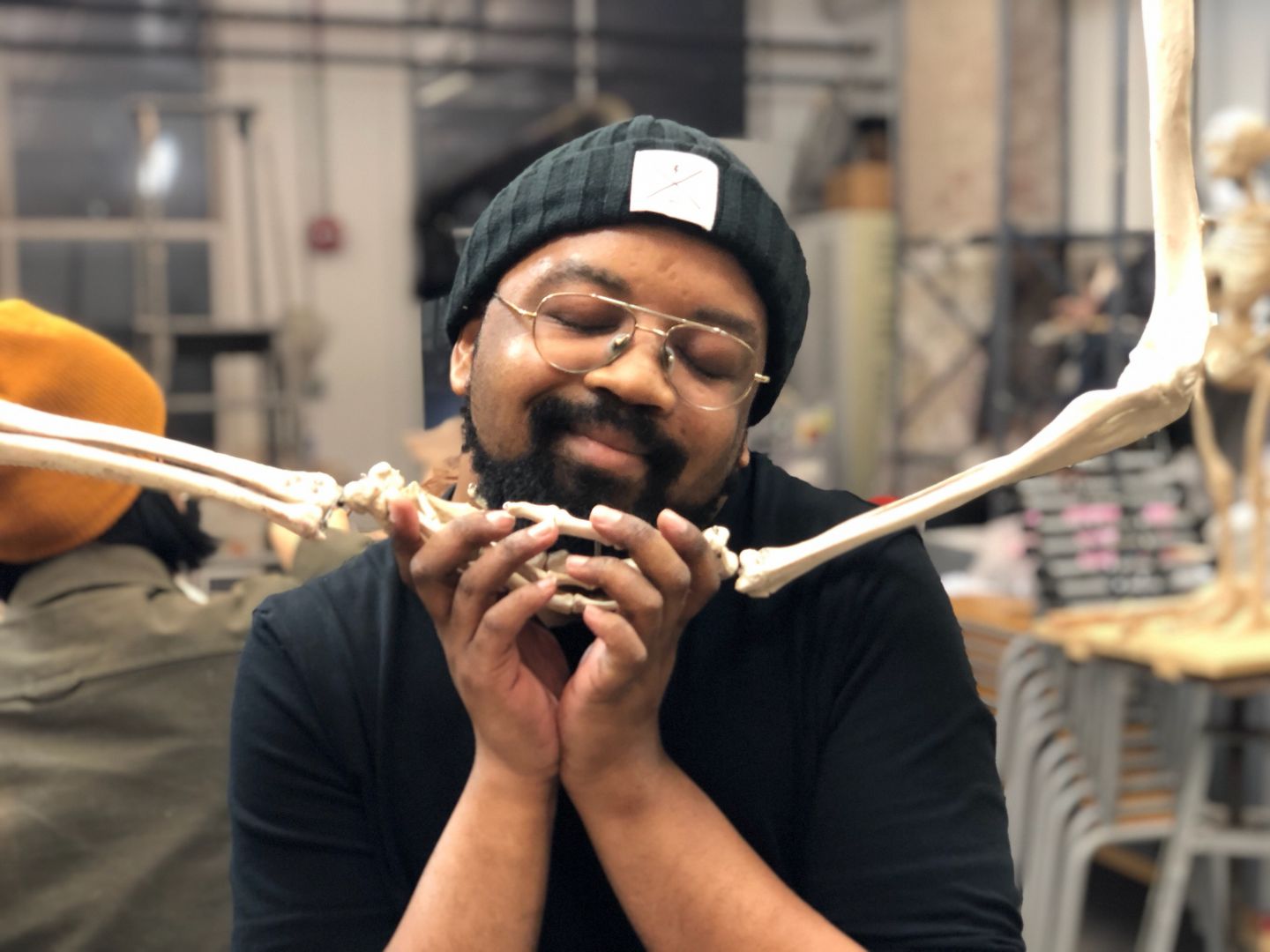 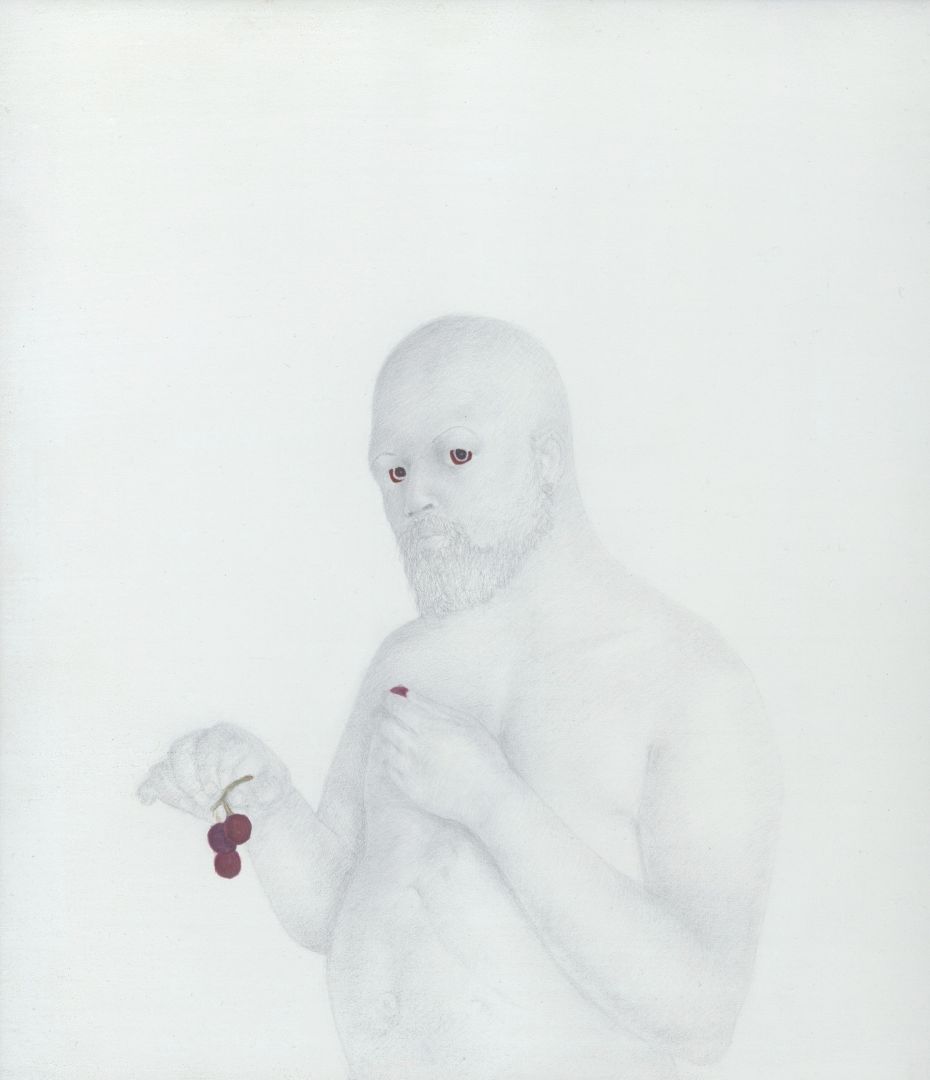 Shoutout is all about shouting out others who you feel deserve additional recognition and exposure. Who would you like to shoutout?
I’m dedicating this shoutout to my friends who have really seen me grow mentally, spritually, and professionally. Y’all’ve seen the ups, the downs, and the turnarounds that made me who I am now. 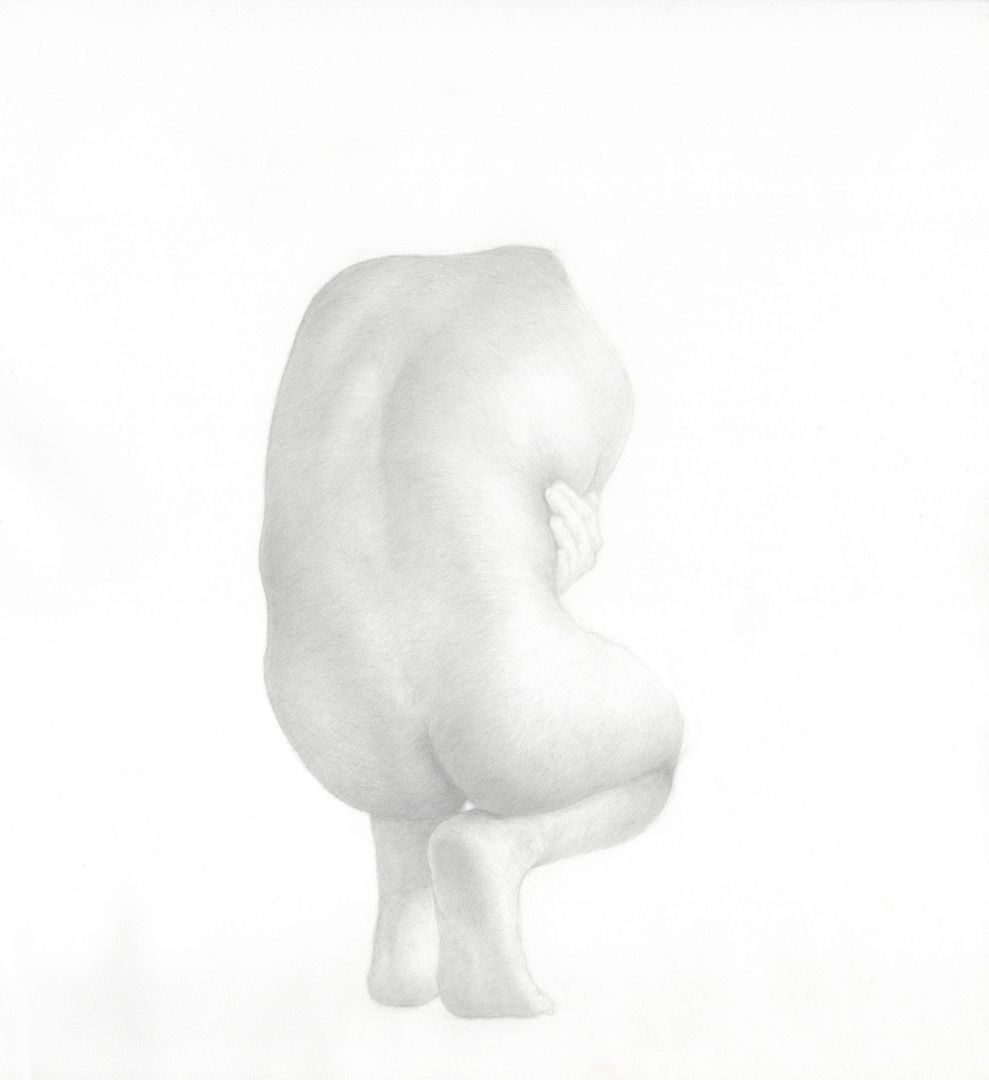 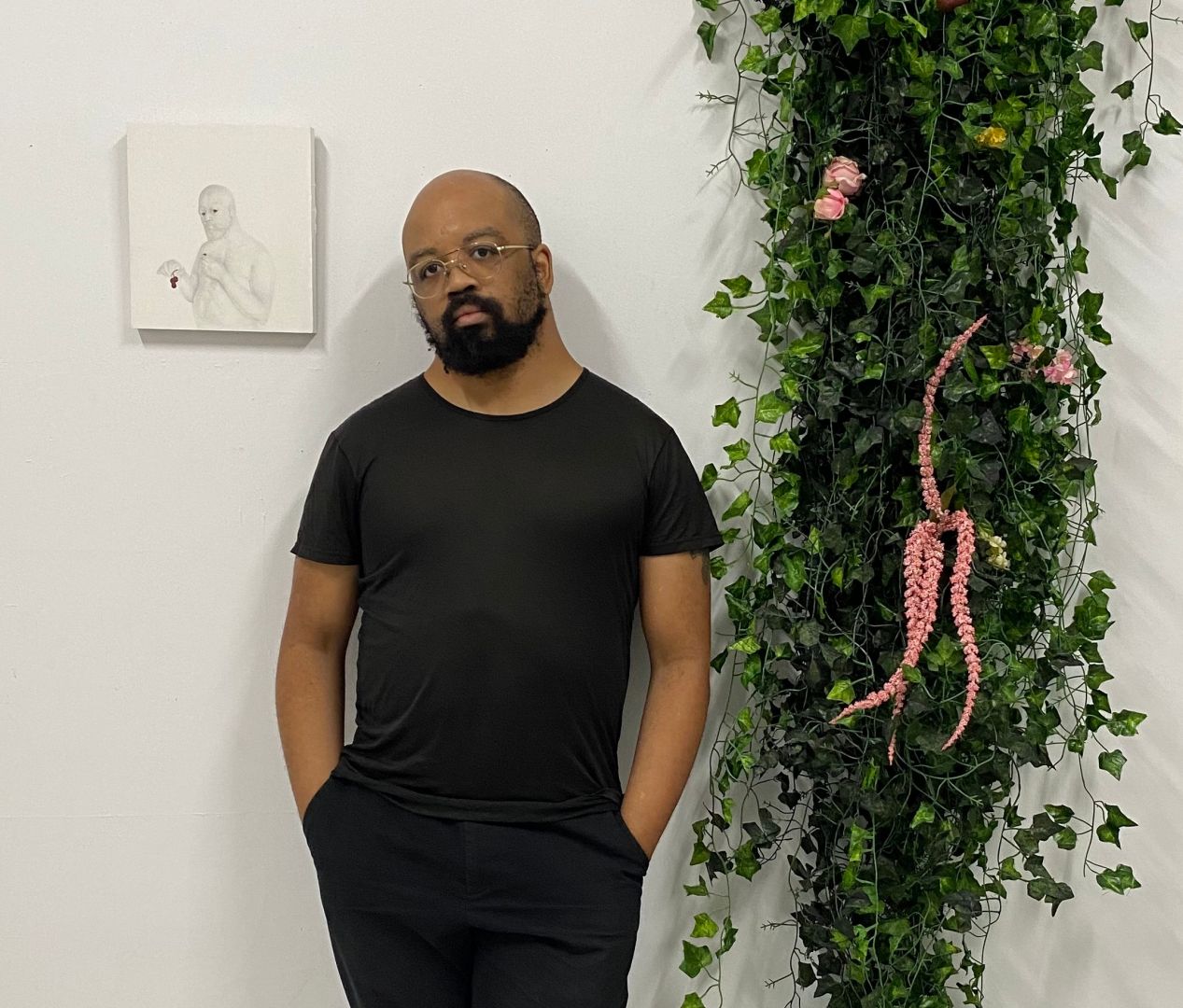