We had the good fortune of connecting with Anthony Stewart and we’ve shared our conversation below.

Hi Anthony, career-wise, where do you want to be in the end?
I think there was a time when I wanted to be the owner of my own special FX company. Though as my career has progressed that becomes less of a goal and my focus has shifted more towards sculpture and design. I don’t really want my career to ever end fully, but I guess in a perfect world I’d like to have actually finished the book project I’ve been working on for years, and if it were a success that would be even better. I’d like to have a body of work that inspires others to create and that will be referenced for years to come. I’d like to be able to live anywhere I or my family chooses and still be able to work. And ultimately I’d love to teach. I am not a graduate of a four year college, so I don’t know if that would ever be a possibility but I’d really like to teach traditional sculpture to the next generations of artists and makers. It would be very fulfilling. 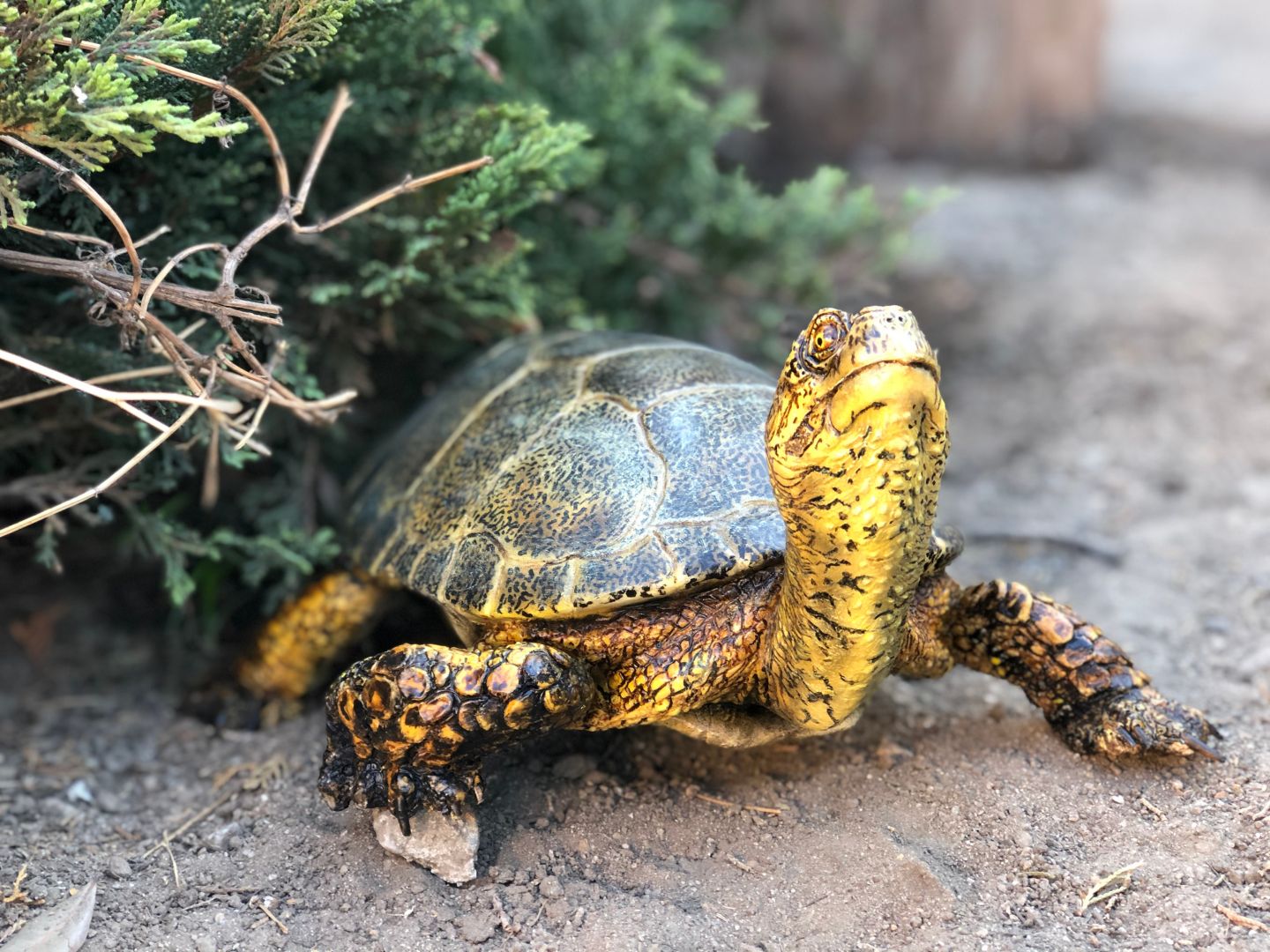 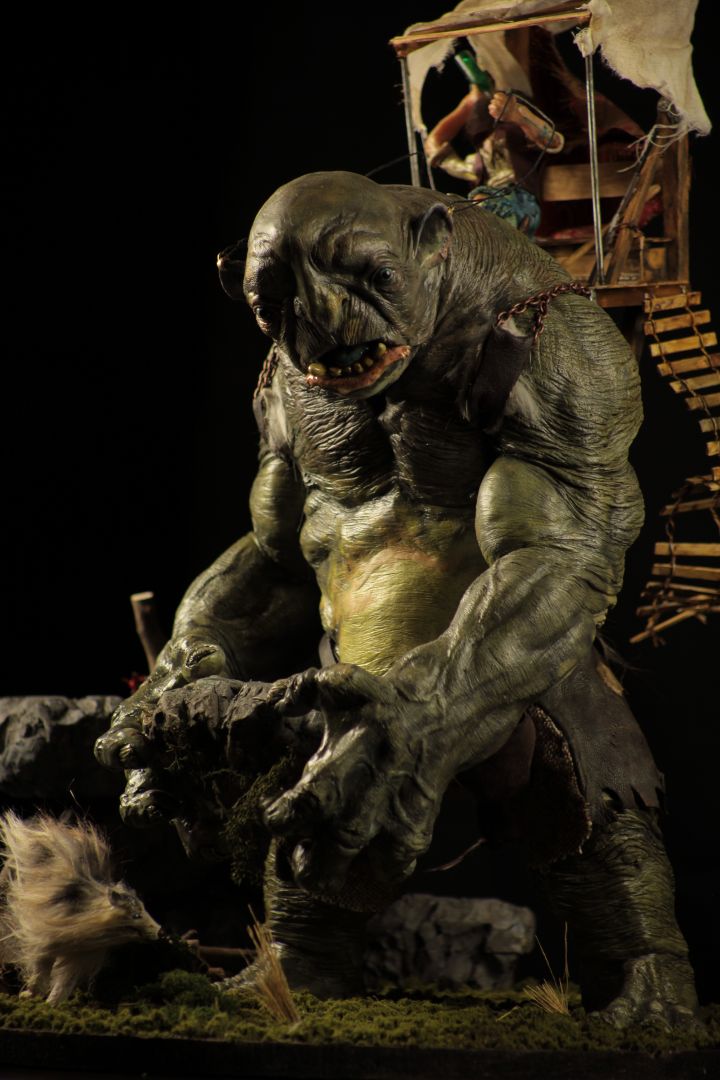 Let’s talk shop? Tell us more about your career, what can you share with our community?
I am a sculptor and a creature/ character designer. I’ve been working in the film industry for eleven years as well as showing personal work at the Hive Gallery in downtown LA and some of the past Monsterpalooza conventions. Over the years I’ve been a part of some really cool projects, but it’s certainly not been easy. I spent the first year of my career living on couches and working for free. It was a great company and a great experience and I’m still in contact with the guys who gave me that experience, but it was tough. I got to a point where I desperately needed to get paid for my work so I ended up working for someone else for $50 a day. I worked my ass off. After that I built my portfolio up a little I was able to nab my first $14 an hour job. It wasn’t much but I was determined to have a place in this industry. Most of the jobs in my industry are a gig to gig basis especially starting out so after a job would end finding the next job became a full time job in its own right. It can be really disheartening to cold call people and be constantly turned down or told they don’t need anyone, but you have to stick with it. So to keep myself occupied in the hours I wasn’t working I made my own work. I was constantly sculpting, looking for groups of people to make art with. And kept pushing forward and advertising my work.

Since then I’ve been a part of “Stranger Things”, I had my hand in making armor for “X-Men Apocalypse.” I got to help bring to the screen The Jotunn creature for “The Ritual”. That one is probably the one I’m most proud of so far because it was a big surprise, in a lot of ways. I was hired to sculpt a two foot tall maquette of this creature, I loved the design, so immediately I was having fun doing it; I was working full time on another film so I this was my moonlighting gig. After wrapping up the sculpt I didn’t really hear anything for about a year or so until I was scrolling through netflix and thought “Oh! That looks interesting.” Midway through watching the movie I’m like “Wait a minute! That’s my creature!!” So as it turns out my maquette was scanned into a computer and used as the main template for the final creature in the movie.

I don’t know if things are still as hard as they were when I was starting out. I feel like I run across a lot of younger people coming into my industry more readily and frankly I love that. I think it’s great to see companies and some of the older industry people being more welcoming to younger and super talented folks coming in. But if anyone out there is having a hard time and losing heart, don’t. It can be really hard and it can take a lot of time, but if you show that you’re determined and hard working, and also that you’re a fun person to work with and be around or at least a good one, you can do it. 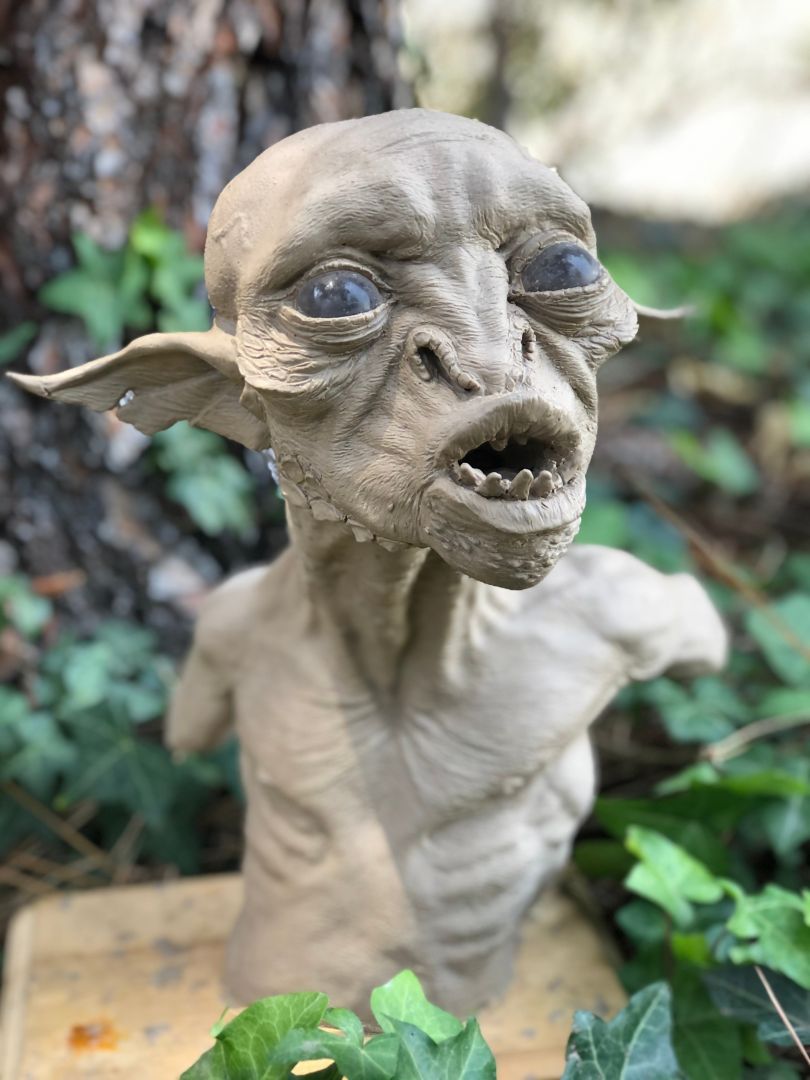 Let’s say your best friend was visiting the area and you wanted to show them the best time ever. Where would you take them? Give us a little itinerary – say it was a week long trip, where would you eat, drink, visit, hang out, etc.
Hmmm… Let’s do a hypothetical weekend then, I think a week is alot to plan. Wake up, I’ll make everyone Omelettes, I like to cook and I think I’m pretty good at it. Then maybe hit Griffith Park, take a walk up to the observatory, it’s their first day so nothing too taxing. After that lunch number one has to be In-N-Out. I’m an east coaster originally so if any of my friends from there visit they have to try it. Then we’d probably just relax the rest of the day or maybe take it easy and wander Magnolia Blvd. in Burbank. Maybe make our way to Amoeba if we feel like taking the trek to Hollywood. Then home, I’ll make dinner on day one and we can throw on a record or a movie.

I don’t know what’s still open after Covid lockdown, but if I were planning day two pre covid it would look something like this:

Up early, omelettes again or something good and filling, then a hike to Switzer Falls. Lunch at Spitz, and then just relax until evening. Evening will be a night downtown. French dip and Old Fashioneds at Cole’s, then some good cocktails at The Wolves. Stop by the Hive Gallery to say hi and see what’s going on, and then maybe a beer and a late night snack at the food court across the street or at Grand Central Market.

Sunday is an easy day. Breakfast, maybe a full English at the Robin Hood or if we want to wait in line at the Village Idiot, then head to Point Dume for a couple hours just to see the beach, then home. Drinks on the patio and grilling. 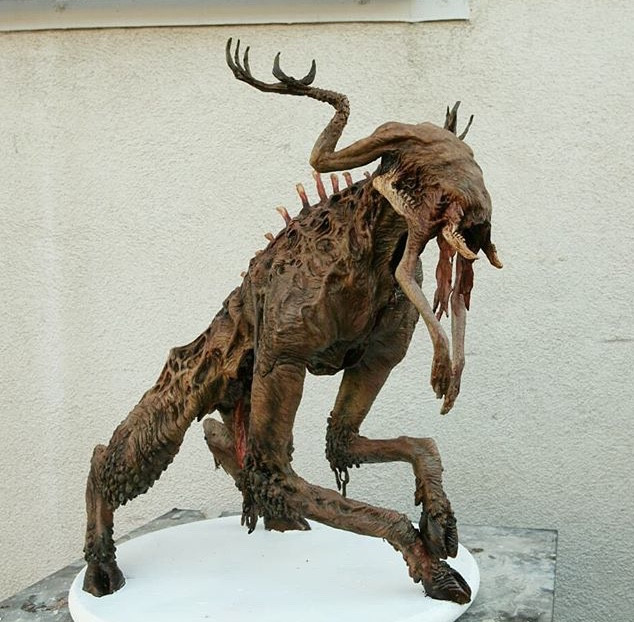 Who else deserves some credit and recognition?
My parents for one. I have my dad to thank for introducing me to sculpting at an early age, and I can remember sitting at my grandparents’ dining room table with a brick of old modeling clay and him sculpting dogs and goats and cows and things to keep me entertained, and he used to tape the old Ray Harryhausen movies so that I could watch them over the weekend. I was obsessed. My mom always had me enrolled in summer time day camps that focused on art, she is a writer so there has always been a major influence on the arts in my life. She also always encouraged me to keep pushing forward in a career that has been very difficult, but ultimately what I have always wanted.

Of course I want to thank all of the companies and people who have given me a shot and employed me. I’ve met a lot of awesome and incredibly talented people.

And last but certainly not the least, my family. My partner for understanding that this career can be very demanding at times, and for always being eager to make art with me. And my daughter for living among my sculptures for three years and not having nightmares about them, for always asking for a playdough t rex with a gurgling tummy, and for being a huge motivator for me to be confident in the work I do and the person I am. 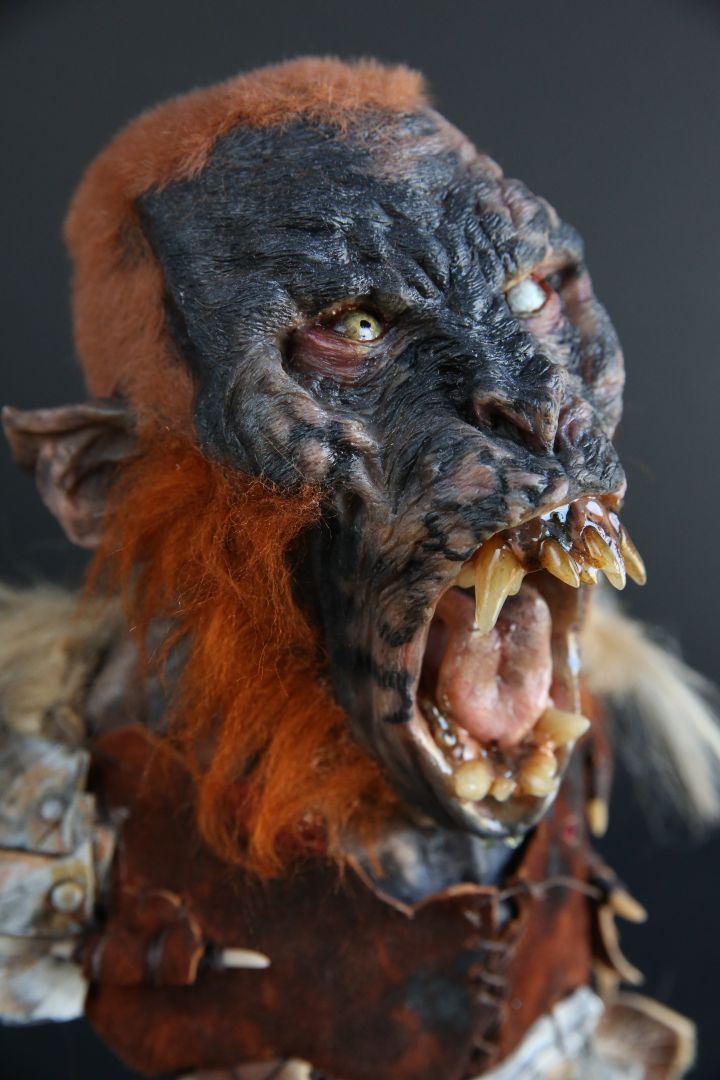