We had the good fortune of connecting with David Minkin and we’ve shared our conversation below.

Hi David, how do you think about risk?
Risk taking is essential for artists. The greatest magicians I know failed early and often. A fear of failure is probably the most limiting trait a magician could possess, aside from satisfaction with mediocrity.

Early in my career, I remember watching the documentary, “Comedian” starring Jerry Seinfeld. It showed his struggle and ultimate success climbing his way back into stand up comedy after he left TV. I watched him fail and shrug it off, and that inspired me to go try more things, fail at some, and dust myself off and keep growing.

The phrase “failing your way forward’ is what best describes my early days as a magician. When you watch any performer who is really polished, believe me… they earned that. 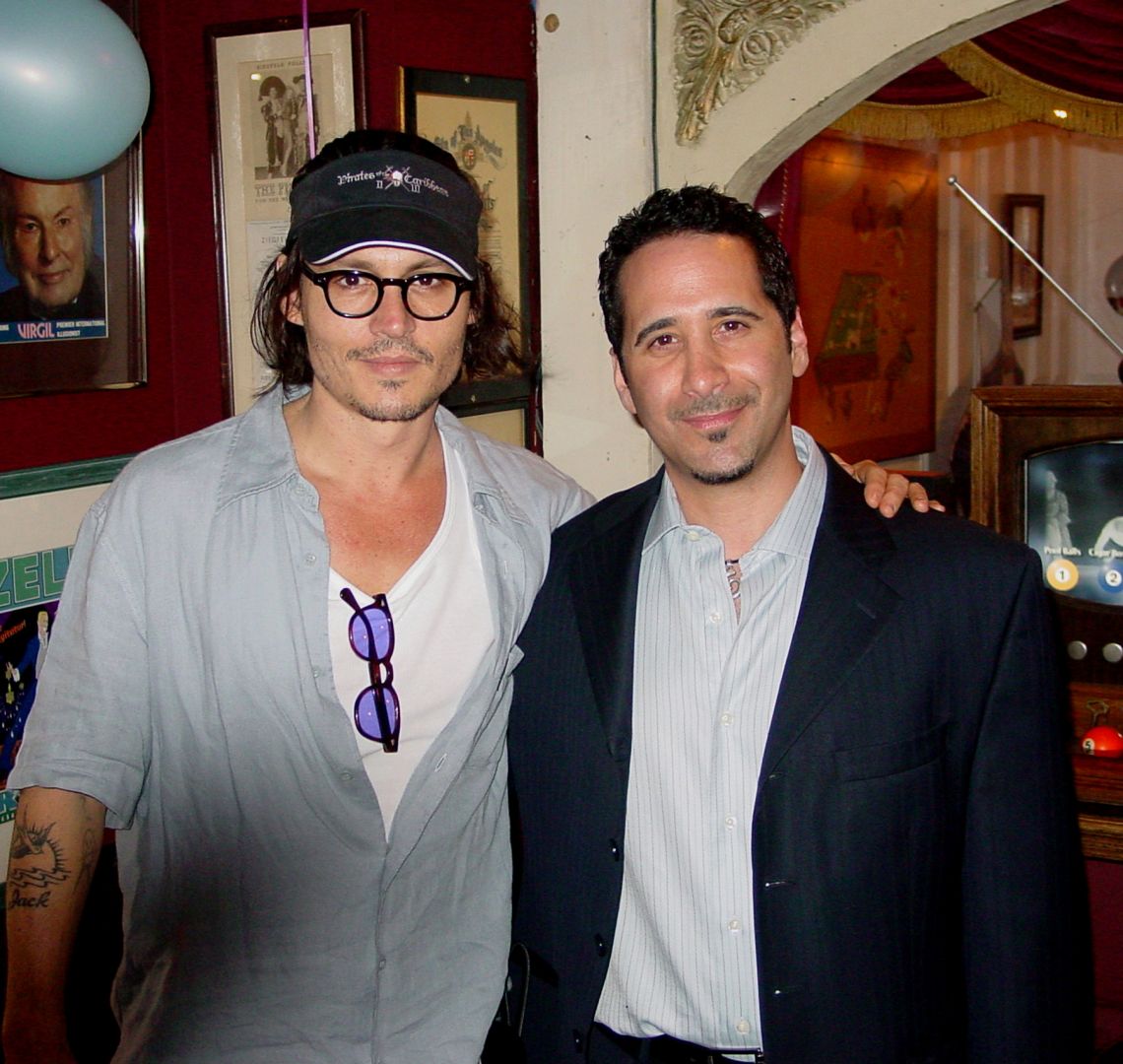 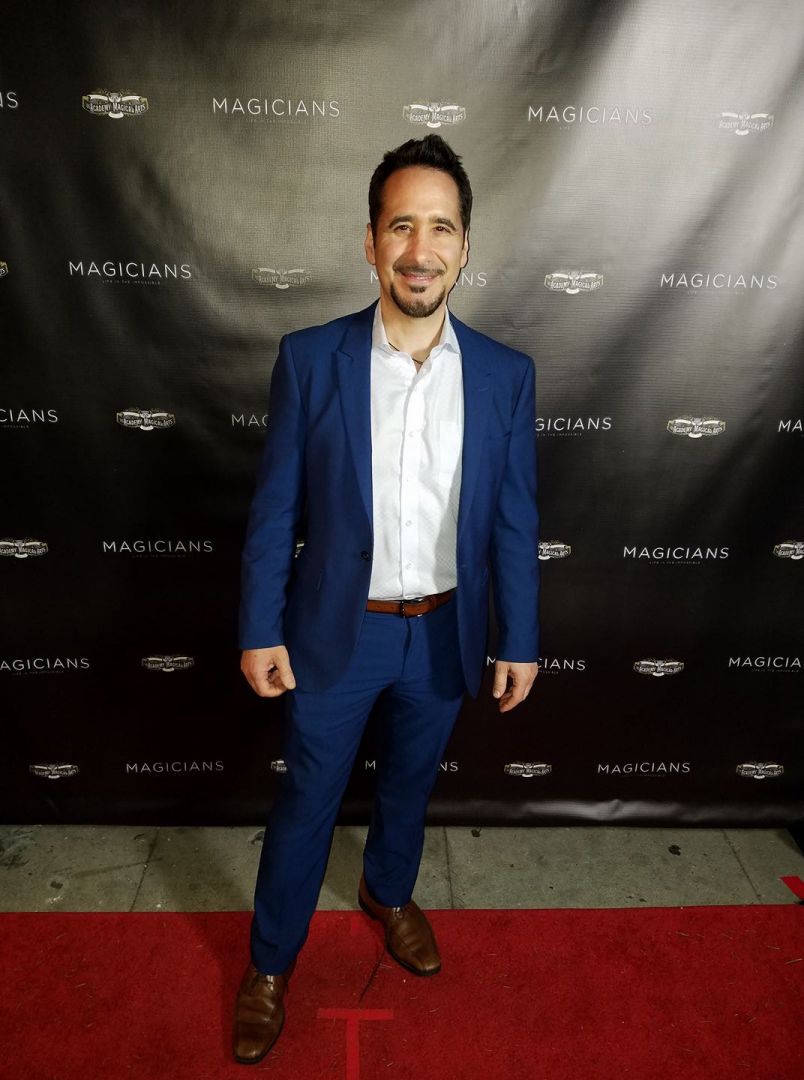 Alright, so let’s move onto what keeps you busy professionally?
To me, there is no greater feeling than showing an audience something that is technically impossible in our reality. It elicits a moment of wonder for them that is rare in our modern world. How often do you “pause to wonder and stand rapt in awe”, as Einstein put it? I, too, am guilty of being lulled into the monotony of daily life.

My magic aims to reconnect people (myself included) to that sense of awe that we often experienced as children. I do it by combining magic and narratives in a way that bypasses the logical mind and allows us to transcend reality.

I’m fortunate to have been offered several TV and film projects. If you have Amazon Prime, you can see our documentary, “Magicians: Life In The Impossible” there. They filmed my life and career for nearly five years to make that film, and I was really proud of my magic that opened and closed the film.

The thing that excites me the most, is the next TV project that I’m pitching around. My dream would be to work with Morgan Freeman… I know… random, but it would make sense if you knew the nature of the project. Hoping to cross paths with him soon somehow!

I’ve also had a live weekly show in LA for almost 15 years, called “Magic And Wine” which, as the name implies, involves wine tasting and an evening show. It’s the longest-running magic show in Los Angeles.

Being a magician means that you have to make your living from various places, including my weekly show, the Magic Castle, a TV project, or even a private party. I perform magic at numerous corporate events in Los Angeles and worldwide each year. That is the most lucrative part of being a magician, and also the hardest since you have to constantly adapt when you arrive at each performing location. Sometimes, you can’t create your set list until you see the venue.

I recently did my first keynote speech that combined magic and inspiration for a life insurance convention. Despite what that sounds like, it was surprisingly fun. So, I may begin adding more of those gigs to my calendar as well. But seriously, if any of you know Morgan Freeman… 😉

Any places to eat or things to do that you can share with our readers? If they have a friend visiting town, what are some spots they could take them to?
I have a lot of favorite spots in LA, since I’ve lived here for my entire life. There are the obvious things to do like Disneyland and Universal Studios, but I’m a big hiker so I’d take out of town visitors on some of my favorite trails and maybe do an evening photography tour of downtown. I love photography and filmmaking.

The Magic Castle is sort of a no brainer for me, since everyone from everywhere seems to have heard of it, and it’s probably my favorite place in LA where I know a lot of people. The best magicians in Los Angeles hang out there an any given night. Other favorite places for me are the Santa Monica pier and 3rd street, and out of town guests always love the weirdness of Venice Beach. 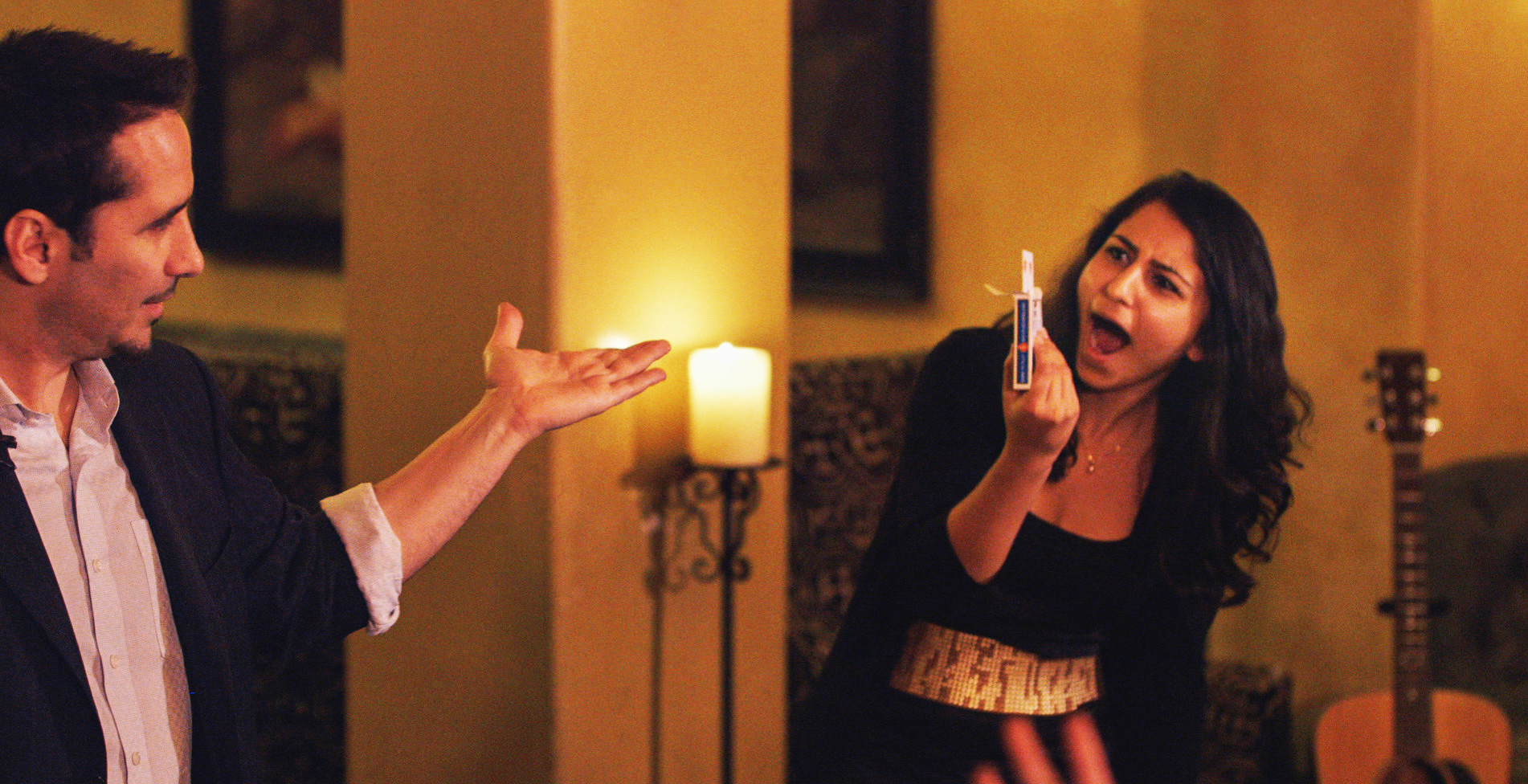 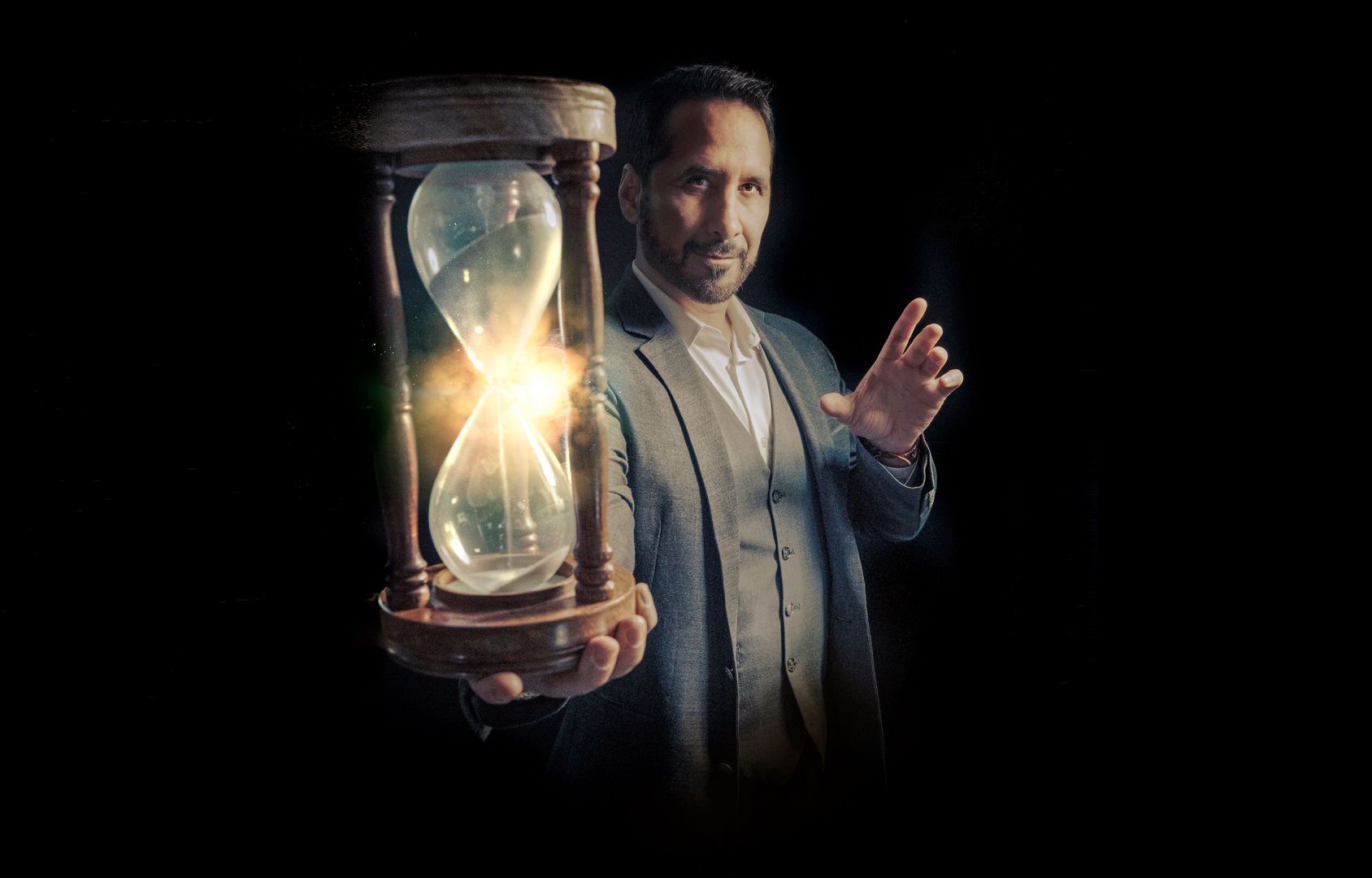 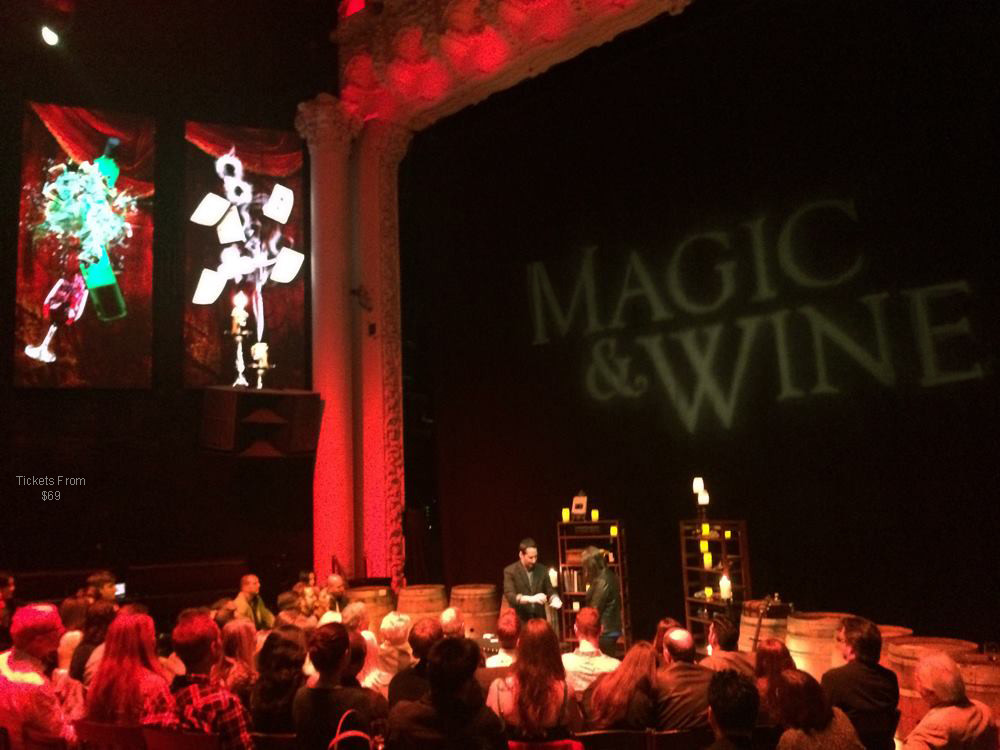 The Shoutout series is all about recognizing that our success and where we are in life is at least somewhat thanks to the efforts, support, mentorship, love and encouragement of others. So is there someone that you want to dedicate your shoutout to?
I’d like to give a shoutout to my girlfriend, Jessica Jane, who is a phenomenal magician and historian of magic, as well as Michael Gingras, former GM of the Magic Castle who introduced me to most of my celebrity clients over the years. I’d also like to thank Ron Bell for introducing me to the art of magic. And, my parents and family have been massively supportive of my less-than-traditional career path.