We had the good fortune of connecting with Demi Vitkute and we’ve shared our conversation below.

Hi Demi, do you have a favorite quote or affirmation?
One of my favorite writers and role models right now is the former editor-in-chief of Teen Vogue, Elaine Welteroth. Welteroth changed the magazine for the better when she started publishing more political stories– from the election of President Trump to climate change and political violence in Sudan. After all, young people care about more than just what to wear on the first day of school or how to seduce a crush.

I was so lucky to have the privilege to meet her twice. The first time was in 2017 at a diversity panel, hosted by Condé Nast. I told her that when she revamped the magazine, she inspired so many young women around the world. She said, “I’m getting emotional, I’m gonna cry.” The second time I saw her was after Sebastian Grey’s fashion show in NYC in February 2020. On both occasions, she radiated the same warmth and infectious energy in person as she does on social media. I’m not sure if she remembers me, but Elaine, if you’re reading this– shout out to you for inspiring a new generation of journalists!

Welteroth’s memoir “More Than Enough” inspired me as a woman and a young journalist. In the book, she talks a lot about imposter syndrome and claiming space. It reminded me of the times when I sat in classrooms and many of my male classmates spoke over me. It took some time for me to realize that they were no better than I was and I had an equal right to claim my space to speak.

Welteroth’s words have helped me to get through some of the hardest times in my life– “Sometimes the things that hurt the most propel you the farthest.” Naturally, as humans, we are afraid of failure, but I always think of failure as a learning curve, a challenge that gets us to success. Plus, everything we want is on the other side of fear. Once you’ve been wounded, you can either wallow in that pain or stand up, brush off the dust, and move forward. Every time I’ve been severely hurt, physically or emotionally, I’ve always come out stronger on the other side. And let’s be honest, some of the best stories and songs have been written because of heartbreak–think Adele’s “Hello.” So if you hurt me, thank you very much, let me write a hit, a best-selling story, and profit from that pain haha! 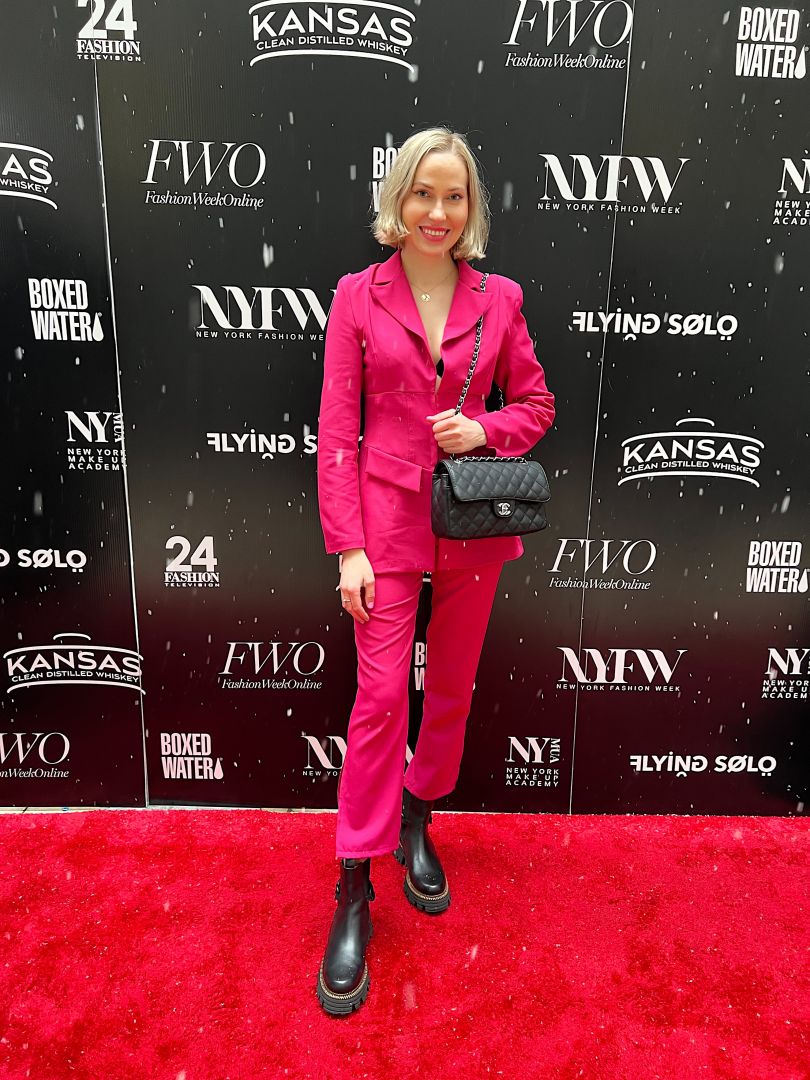 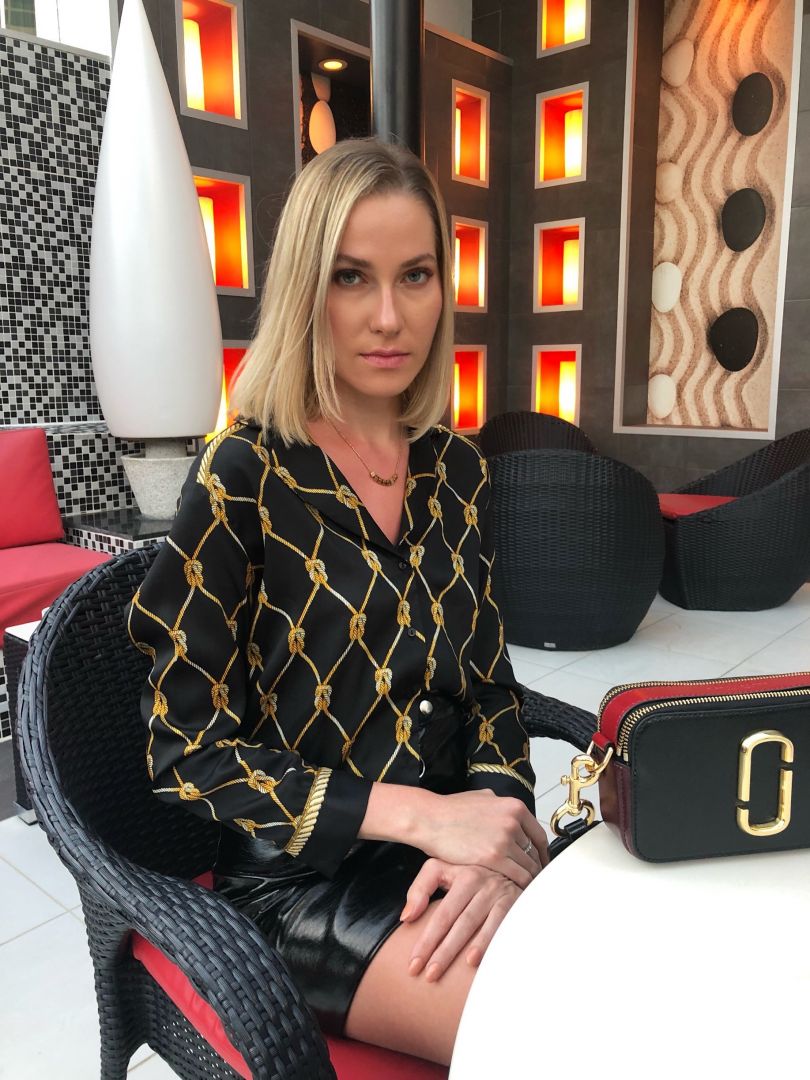 Alright, so let’s move onto what keeps you busy professionally?
I’ve been writing probably since the fourth grade. At 10 years old, I decided to write a newspaper about Kaunas, the city in Lithuania where I grew up. That’s what I did– I went out into town, described what was going on, and even drew pictures for each article. I also wrote my first book about my teddy bear and his friends and illustrated it. Being a writer is just a part of my being. From a young age I knew, that I needed to write in English to have a bigger audience because writing in Lithuanian (Lithuania has a population of only 3 million) was not enough. So I immigrated to the U.S., where I attended Cheshire Academy, a boarding school in Connecticut. There, I reopened the school’s newspaper after 20 years of its inactivity and was awarded the Rizzolo Larson Venture Grant to write a novel. Then, I went on to get my Bachelor’s degree in Journalism at Emerson College and then my Master’s at Columbia Journalism School in NYC.

I always knew that I wanted to write long-form feature articles and contribute to change with my stories. I didn’t know that I would find my passion in writing about fashion. After graduating from Columbia in 2017, a fashion editor asked me to write an article about New York Fashion Week. He knew I had contacts in the industry because in 2016 I launched the fashion and lifestyle magazine The Urban Watch. At first, I was skeptical about fashion– I thought that it would be a world of vanity, full of mean girls. But after attending a couple of shows and Fashion Week afterparties, I met a lot of amazing, creative people who changed my mind. Some of them are my best friends now. Everything else is history.

After working in the field for a while, I saw a gap in reporting on fashion. There are pools of reporters who cover politics, health care, and other fields, but fashion lacked watchdog journalists who wrote beyond trends. Fashion has as many problems to cover as any other industry but few write about them. After the Harvey Weinstein sexual abuse scandal in Hollywood, it became clear to me that sexual abuse in fashion was left unreported. So I made it my mission to investigate it.

The net worth of the global fashion industry is $2.5 trillion dollars and yet it lacks watchdog journalists to hold it accountable. Its problems range from workers dying in factories in Bangladesh to models being abused here on American soil. The ripple effect of the #MeToo movement has led to accountability for sexual abuse across a range of industries, but it has yet to make more progress in the fashion world. COVID-19 creates additional economic vulnerability for models, who are often dependent on contract work.

In the four years since #MeToo, there is still a lack of reporting on sexual harassment in the fashion industry. While investigative journalism has revealed the horrors caused by certain criminals like Harvey Weinstein in the film and television industry, so far there have been no reports in the fashion industry that have turned everything upside down.

The public thinks the fashion industry is glamorous and charming but they don’t know what’s going on behind the scenes. Models are independent contract workers and therefore lack legal protection, often relinquishing their powers when signing binding contracts and confidentiality and non-disclosure agreements (NDAs) with modeling agencies. They experience financial and social instability. Eating disorders and mental health problems are also common.

I had an idea boiling in my head on how to approach reporting on such a sensitive topic for a while, but only in 2020, when the world came to a stop because of the global pandemic, did the idea crystalize. With a nudge from my journalism mentor, I was ready to seek funding for my project. I contacted another investigative reporter, Ciara Long, also a graduate of Columbia Journalism School, and invited her to be a part of my project. We applied for a grant from Columbia University’s Brown Institute for Media Innovation to kickstart it. The project is called The Fashion Watch Independent Tracker– it will record and display sexual abuse cases in the fashion industry, bringing some of its secrets to daylight. Fashion Watch aims to not only serve as a tool and a resource to advance the reporting of journalists, assist lawyers, researchers, and policymakers, but also to inform the public, and contribute to a much-needed change in the industry.

We spent countless hours working on Fashion Watch, tracking lawsuits, interviewing dozens of models who shared horror stories with us, as well as consulting with other investigative journalists, lawyers, data and privacy experts, researchers, and other experts. We’ve gathered a lot of data and information and partnered with some organizations that wanted to support our work. One of them is the Freelancers Union, which has more than 500,000 members, and their group, the Fashion Workers Initiative– they have a common goal of stopping the exploitation of freelancers in the fashion industry. Using the information and evidence we have gathered, the members of these organizations can travel to the New York State Assembly and demand changes from lawmakers.

Some of the lessons that I’ve learned throughout the process are– to trust yourself, build confidence, and try to overcome imposter syndrome. Also, knock and the door will be opened. People would ask me– “but how will anyone agree to talk to you about sexual abuse, it’s such a sensitive topic?” But people talk– because they’re tired of being silent about their abuse. Since it is a very overwhelming subject, it’s important to not forget about self-care– it’s crucial; otherwise, you won’t have the mental capacity to do this work. There will always be challenges–you wouldn’t be growing if there weren’t any. One of the biggest challenges is preventing burnout. Focus on your mission and be ready to say NO to things that suck your energy–whether that’s certain projects or people.

Finally, and I can’t stress this enough– follow your calling. I always say– if I can contribute anything to humanity with writing while using 1% of my talent and 99% hard work, then I will do exactly that for the rest of my life. 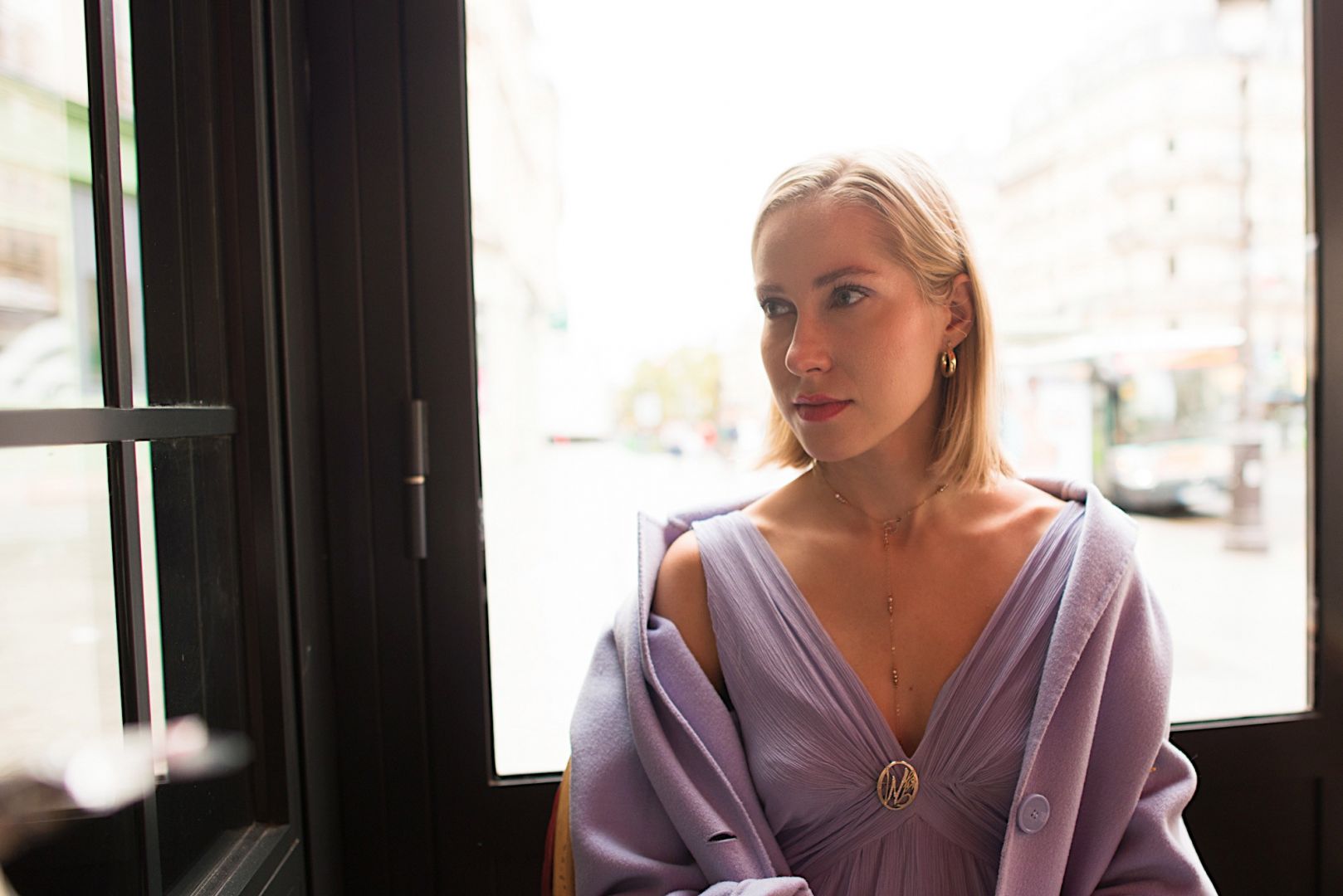 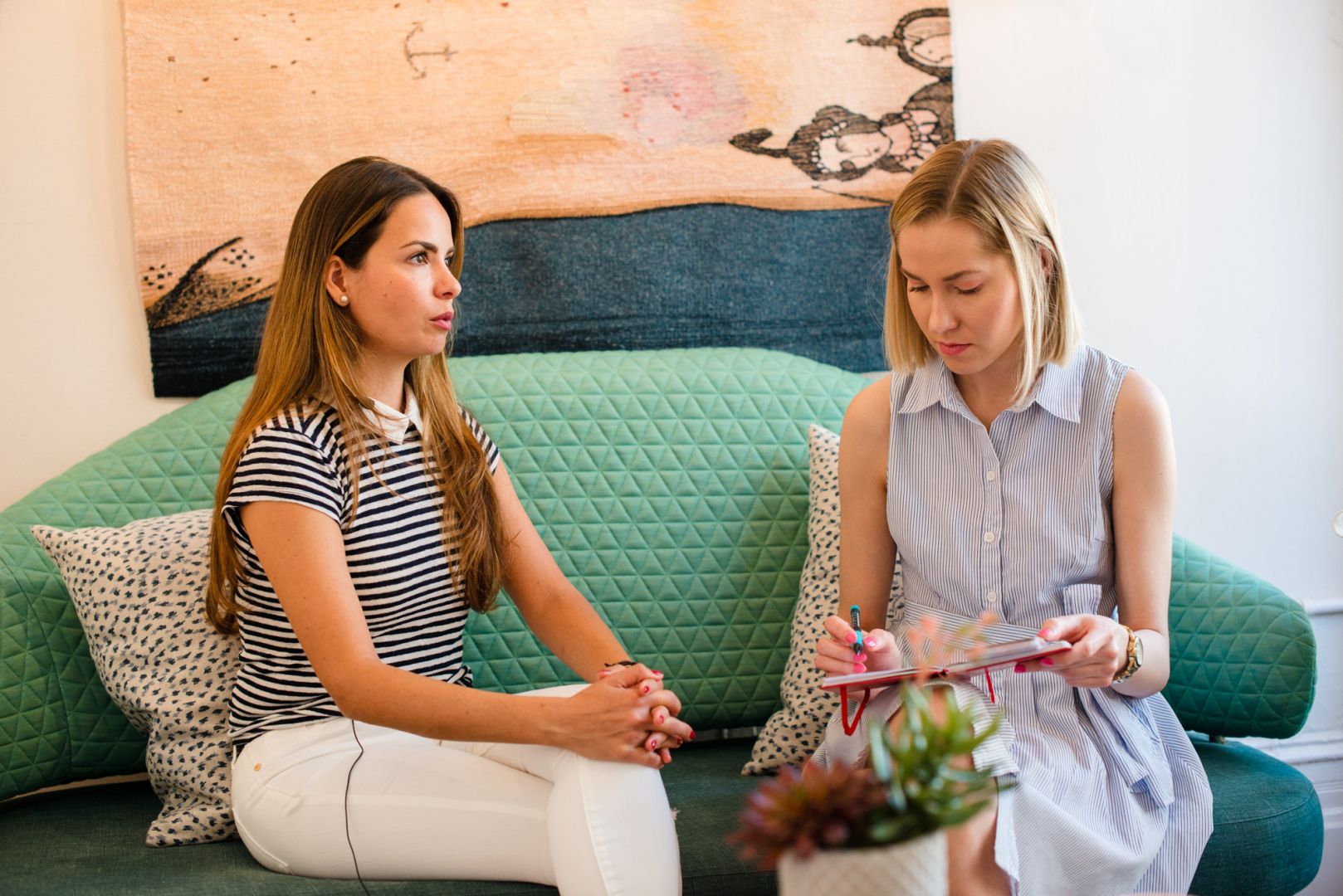 I love beaches! There’s something about water that gives me peace and a clear mind. So I’d take my friends to Venice Beach or Santa Monica during the day. Visit the Griffith Observatory at night, and then go out to the Abbey for dancing and drinks. 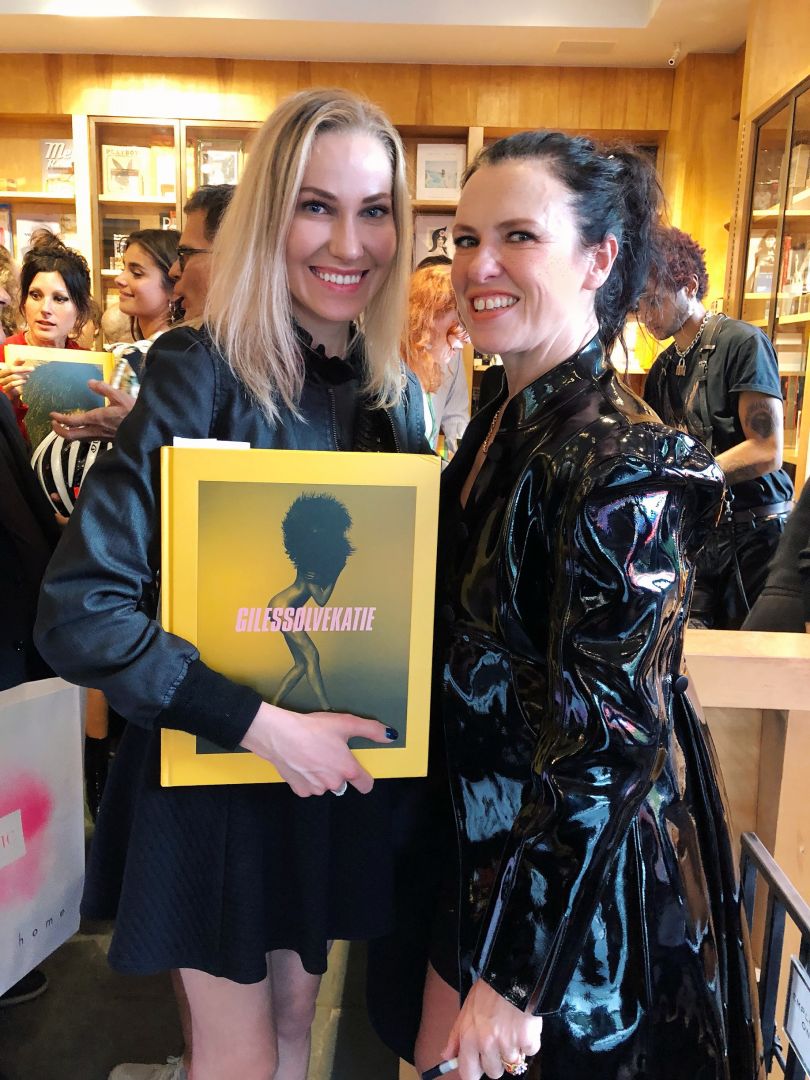 The Shoutout series is all about recognizing that our success and where we are in life is at least somewhat thanks to the efforts, support, mentorship, love and encouragement of others. So is there someone that you want to dedicate your shoutout to?
First of all, I wouldn’t be here without my family! So shoutout to my mom, who as a textile engineer first introduced me to fashion; my dad, who always finds humor even in the most difficult of situations; my grandparents, world-renowned scientists, and medical doctors, who instilled in me the passion for education and research; my aunt, who took care of me like her own daughter once I moved to the U.S. 11 years ago; my journalism mentor and professor Alyson Martin; and finally, my friends– who continuously support me, uplift me, and inspire me. 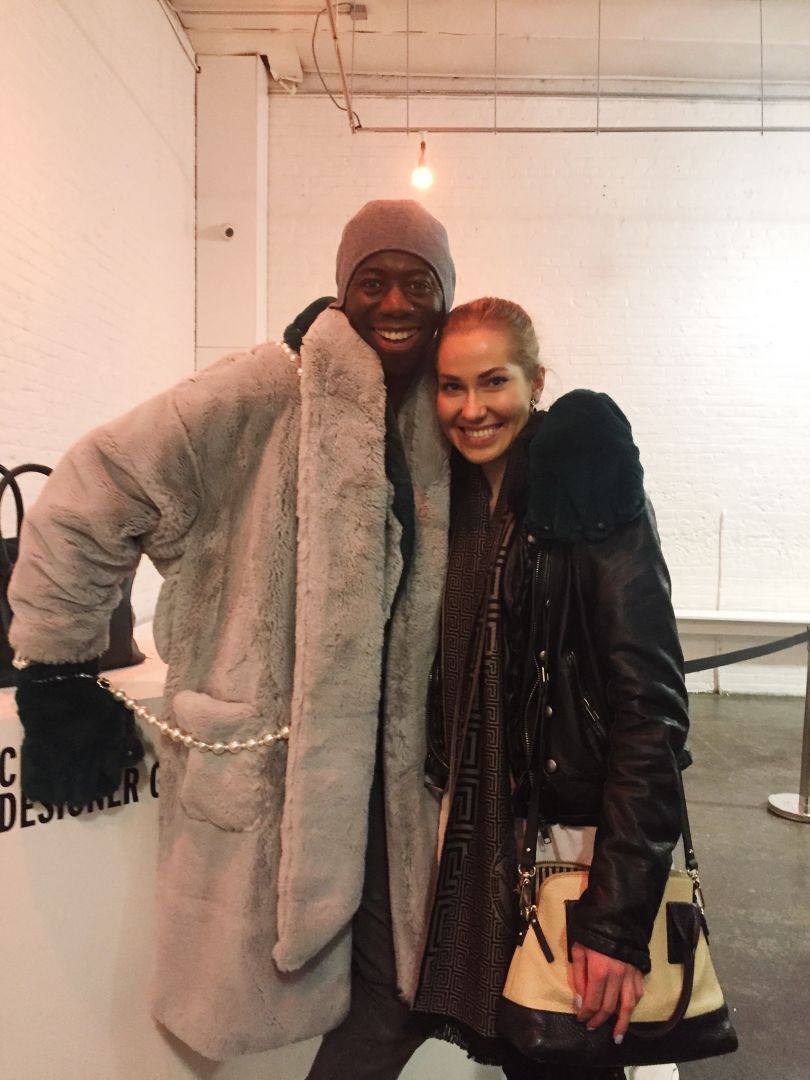