We had the good fortune of connecting with Derrell Smith and we’ve shared our conversation below.

Hi Derrell, we’d love to hear more about how you thought about starting your own business?
When I started my catering company 99EATS, I didn’t know much about food. I was a retired NFL player turned advertising professional who just so happened to have a delicious meatball recipe and even stronger purpose.

I started 99EATS in 2016, shortly after Philando Castile and Alton Brown were murdered by the police. I was working at a very prestigious and white advertising agency in NYC at the time and I remember the hurt I felt every morning going into work but having to put up a front and act “normal” during meetings with my coworkers because no one else understood or even knew black men had been killed that week.

One night, I left the office, caught the A Train uptown to Washington Heights (where I lived at the time) and when I walked in the house, the intro to “Fight The Power” by Public Enemy started blasting in my headphones. When I heard “Yet our best trained, best educated, best equipped, best prepared troops refuse to fight. Matter of fact, it’s safe to say that they would rather switch than fight.” I made up my mind that I would use whatever I had to spread Love, because I was so tired of the hate happening in the world!

A few months prior, I had won a meatball competition in Brooklyn based on a recipe I developed in college, and decided that meatballs would be my vessel for spreading Love, because that’s what I had!

Each night after work, I would study until I completed the tests for my food certificate. I then hired a lawyer to create my LLC, then was accepted into the weekly food market Smorgasburg (while still working in advertising) and literally learned how to cater large quantities of food on the fly!

When I was let go of my job in April of 2017, I decided to pursue catering full time, and never turned back. 5 years later, I’ve catered offices and events all over NYC. My catering company, Amazeballs has been featured in Barclay’s Center and other festivals around NYC. I’ve flown around the world catering and presenting food on stages in front of 3000+ restauranteurs and franchisees, and the second season of my television show Mad Good Food premieres on Tastemade November 11, 2021 at 8pm ET.

All of this through the lens of a simple mission: to “Spread Love through food.” 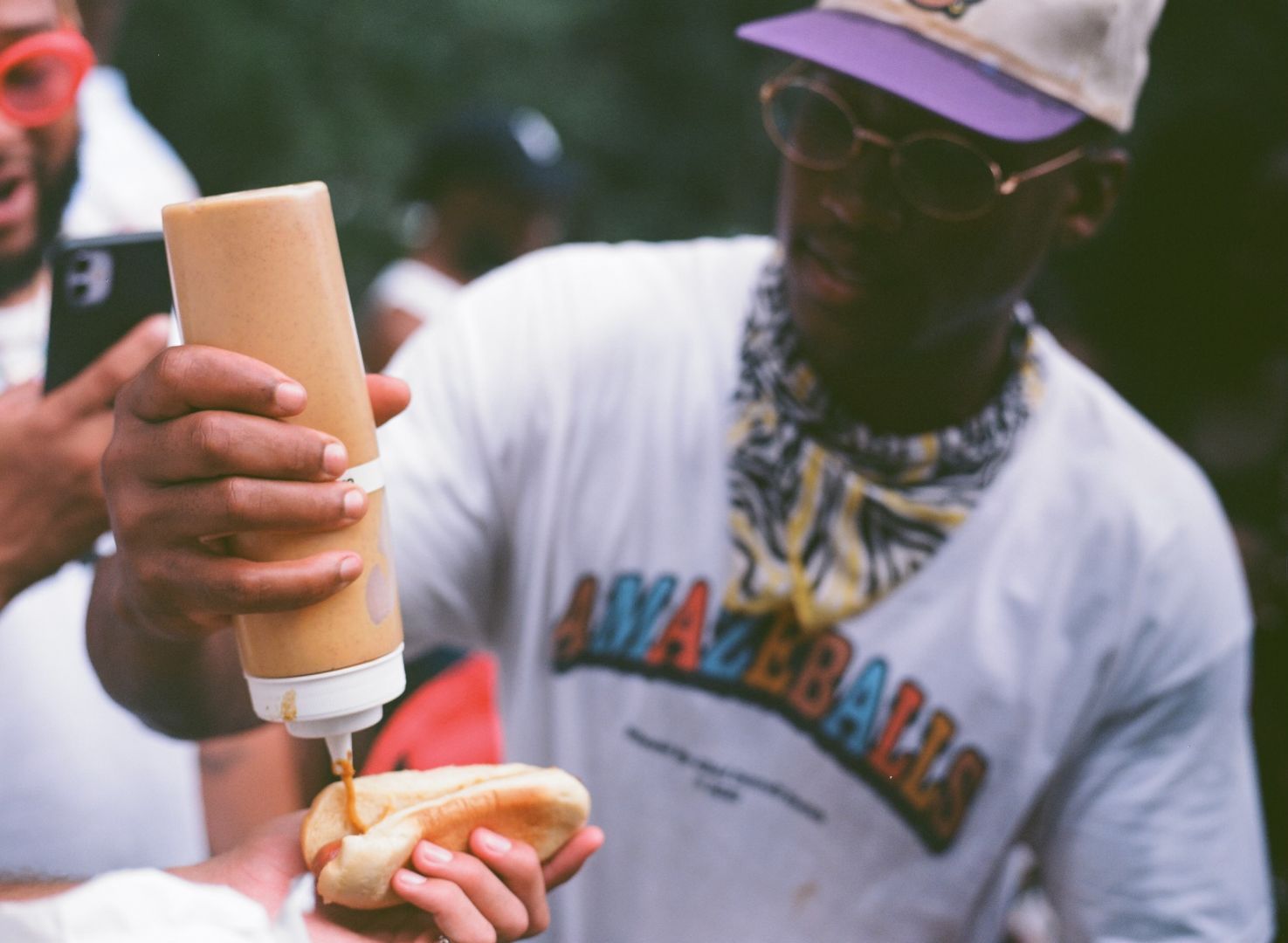 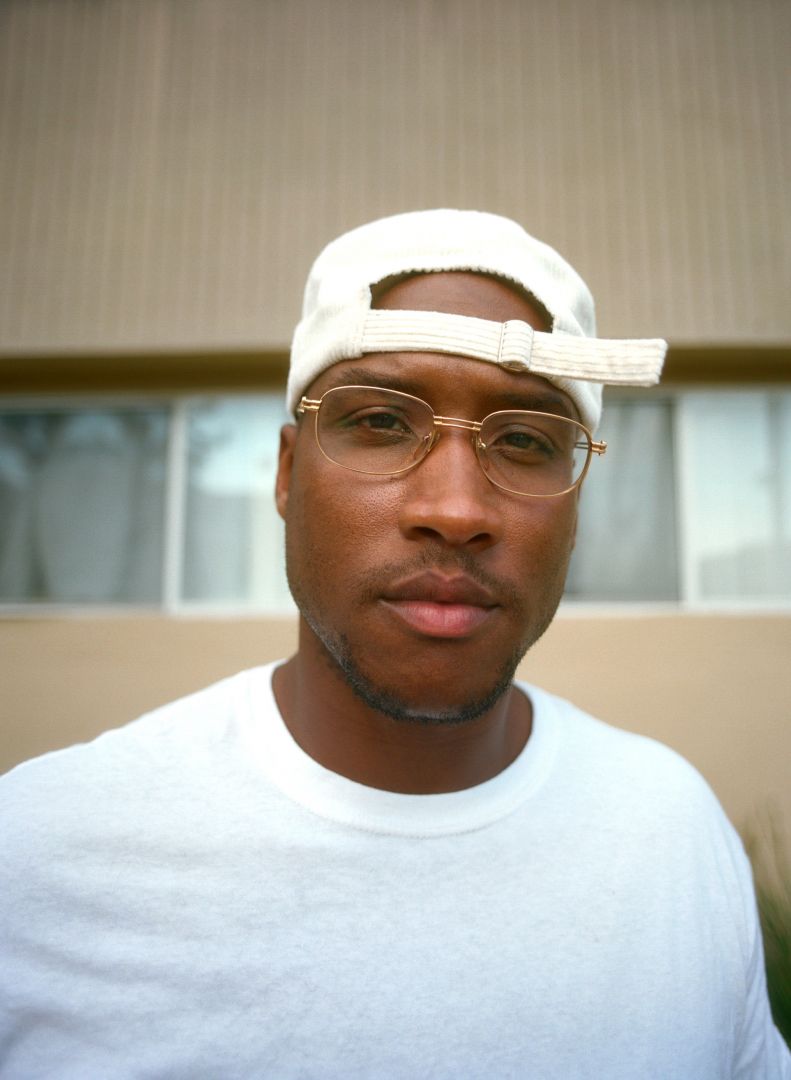 Can you open up a bit about your work and career? We’re big fans and we’d love for our community to learn more about your work.
I have a unique background of experiences and careers. Each of them have given me unique intangibles that make up who I am. I have done too much in life to solely be defined as “chef”, so instead I like to think of myself as a “hustler that cooks really well”! From NFL, to advertising, to catering, to now TV hosting and entertainment, I’ve been able to reinvent myself because I know how to adapt and succeed with what I have. From a commandment standpoint, the three rules that have helped me are:

1. Control what you can control
2. Never complain about something you don’t plan to change
3. Time is more valuable than money, so treat yours and others’ time with that respect

But, from a technical standpoint, a professor in grad school once gave a lesson about the “70 x 20 10 Rule” as it applies to an investment strategy and how his past companies chose to invest:
70% being “tried and true” (eg: Disney, Coca-Cola, Apple, etc)
20% being “new and emerging” (eg. Tesla, TikTok, Crypto, etc)
10% being “wild and crazy shit” (eg. NFT, space travel, e-gaming, etc)

I took these same principles and applied them as a conscious practice in my life, both professionally and personally.
At one point, 70% of my time, resources, energy went to my full-time job in advertising because it brought me 70% return.
20% to cooking and experimenting with recipes, and experimenting with food as a hobby and commodity. Taking some risks, catering small gatherings, getting feedback from friends, and investing money in supplies and equipment.
10% to writing, refurbishing furniture and random creative projects I enjoy.

I am successful because I’m always practicing things I love and that I’m curious about, and because I’m always practicing, I can move jobs, hobbies and interests from the 20% bucket to the 70% bucket to the 10% bucket without fear because I always feel ready and prepared for whatever challenges may come, because practice is built into my system. To sum it all up, what separates me from the pact is that I am too busy to worry about what other people are doing and where they are to be able to separate from them. My words of wisdom to anyone who has read this answer are to focus on yourself, practice your curiosities and do things that move you, because that’s how you separate yourself, by investing in yourself. 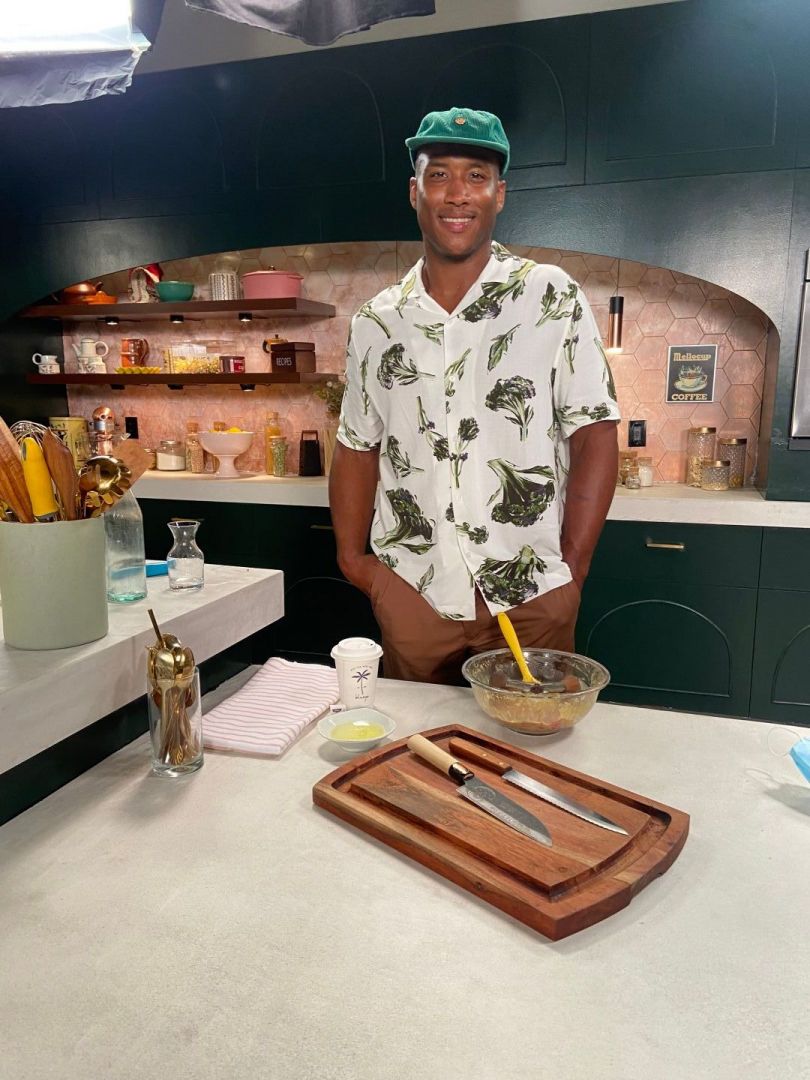 If you had a friend visiting you, what are some of the local spots you’d want to take them around to?
I would stay in Koreatown and take them to Papas Chicken for an early snack. Depending on the day of the week, maybe we hit Love Hour for a burger or Pollo a la Brasa for some Peruvian chicken.

After that, I’d take them on a bike ride to the hills so we can overlook the city and relax/reflect. Then hit up my chef friends to hit the town and explore some food in a different neighborhood (so we can both experience something new together) 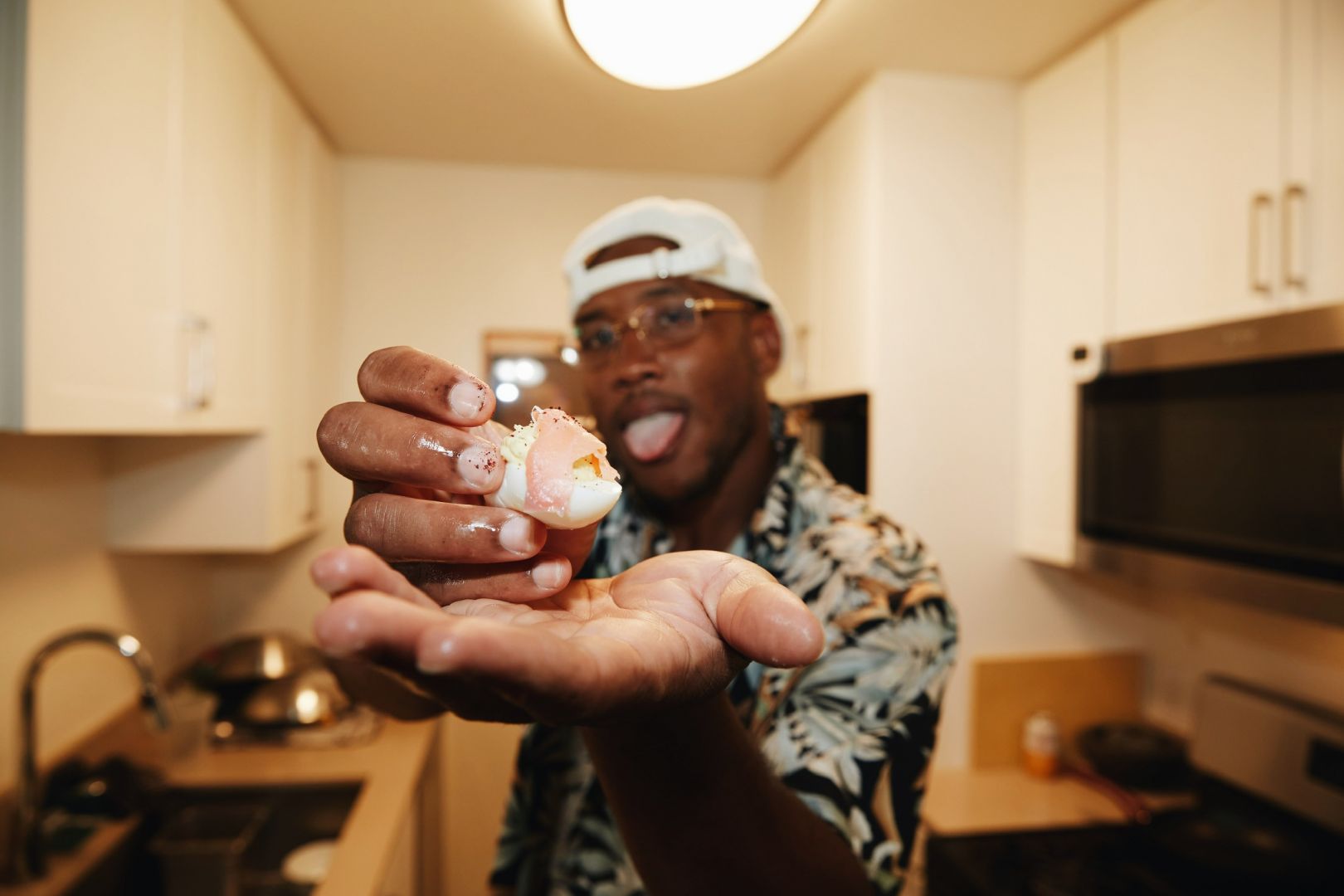 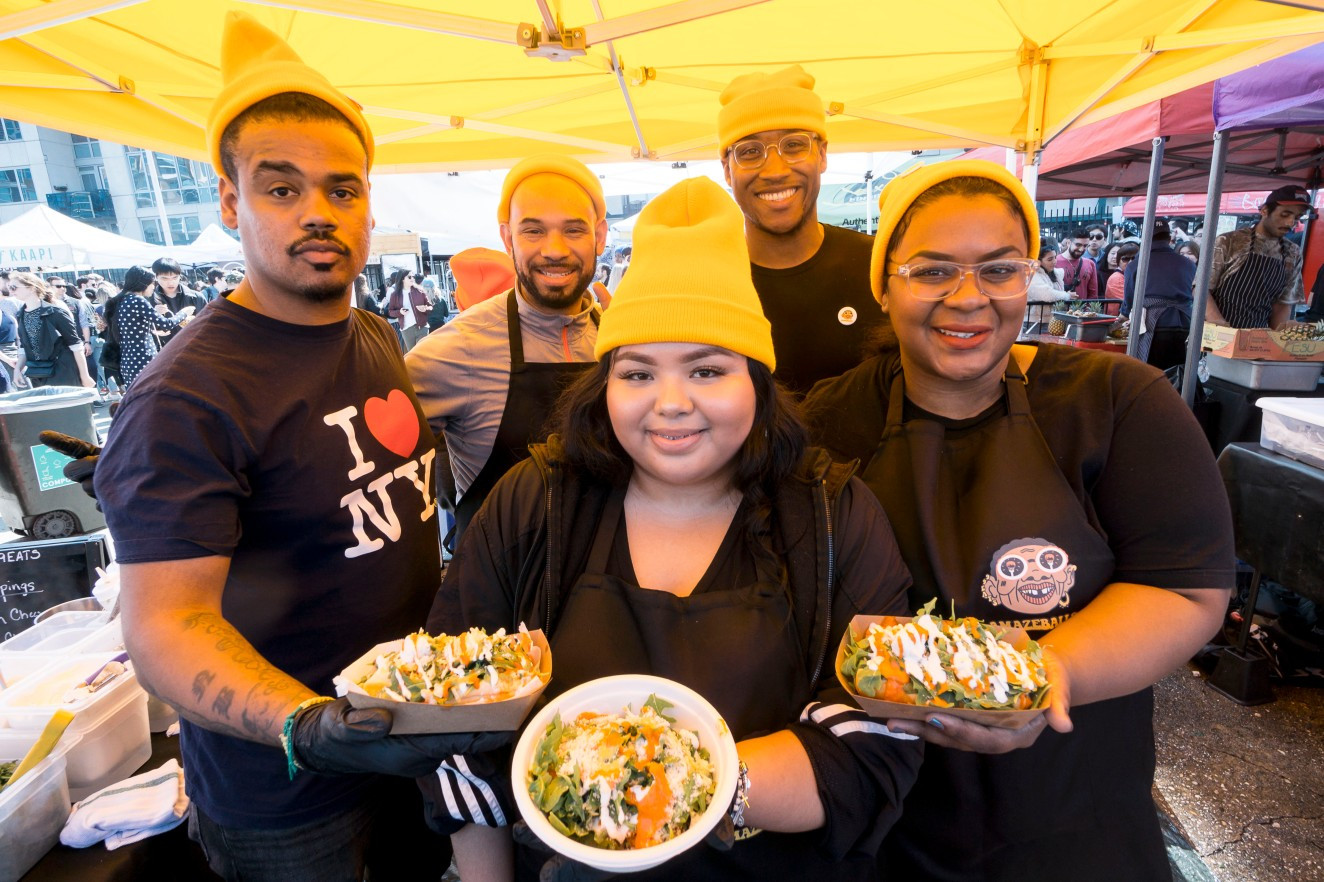 Who else deserves some credit and recognition?
I would have to say Public Enemy for using Thomas Todd’s words and writing Fight The Power. There are also countless other people who have helped me along the way, but they are too many to name and I thank them every time I can. 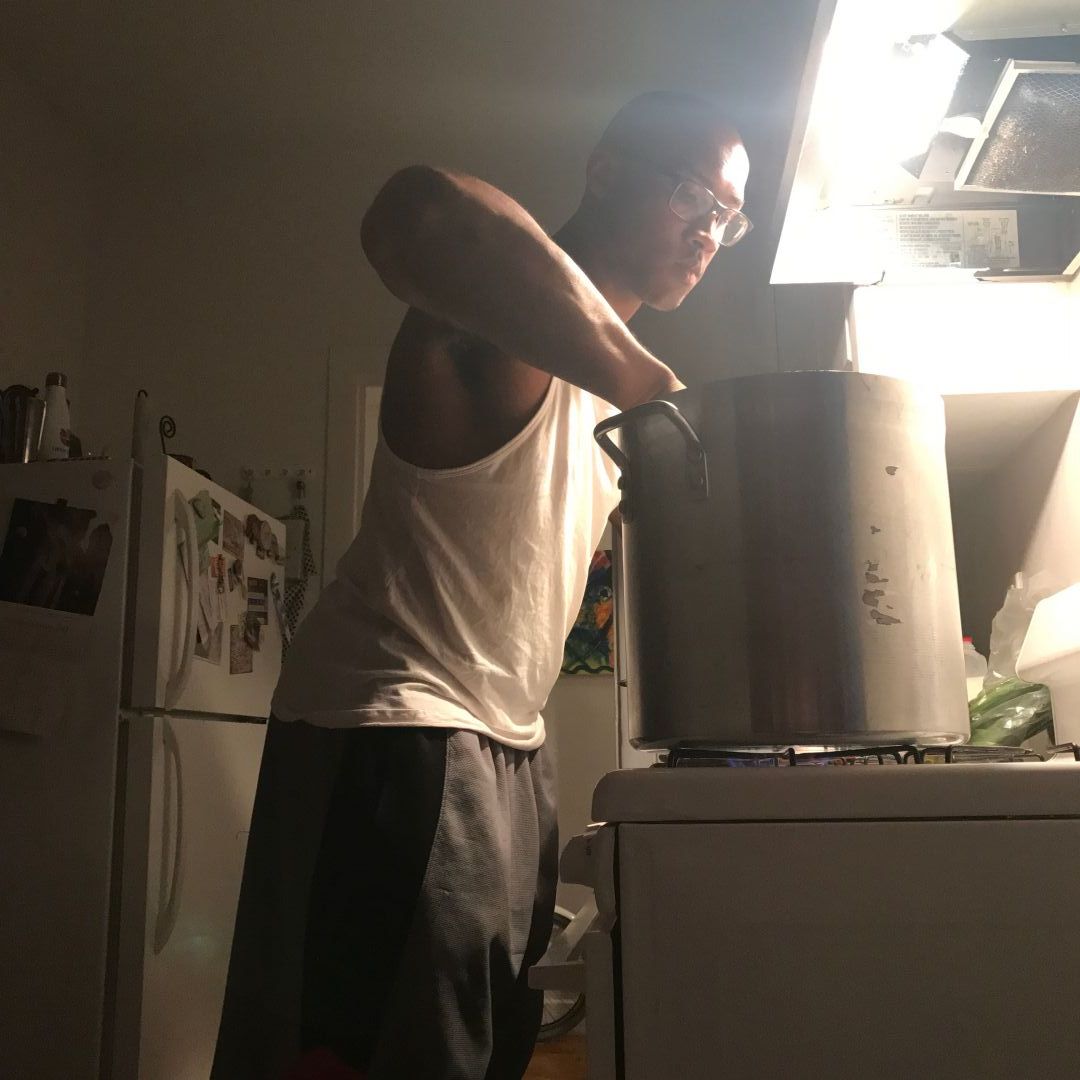