We had the good fortune of connecting with Derrex Brady and we’ve shared our conversation below.

Hi Derrex, what was your thought process behind starting your own business?

My thought process was I wanted to be apart of the creative origin of telling stories, rather than simply auditioning to be chosen to participate in telling stories. My producing partner M.D. Walton and I knew each other on the acting circuit, we always championed each other on with no jealousy with whomever booked the job. We both were writing stories and we met over coffee one day. We learned that we had very similar goals and wanted to tell stories similar in nature. We both appreciated the stories we were seeing in the industry, but we were ready as filmmakers to begin telling some of our own. We teamed up together and created Skyscope Pictures. Our goal and thought process is to tell unique stories with a commercial appeal We want to give a voice to the voiceless and marginalized communities through cinema and TV that could possibly give opportunity for people to see different perspectives that may differ from their own. Our goal is to move people with laughter and emotions, while at the same time give food for thought. A sure way to move people while possibly enlightening them is through cinema and TV, and we want to be apart of that. 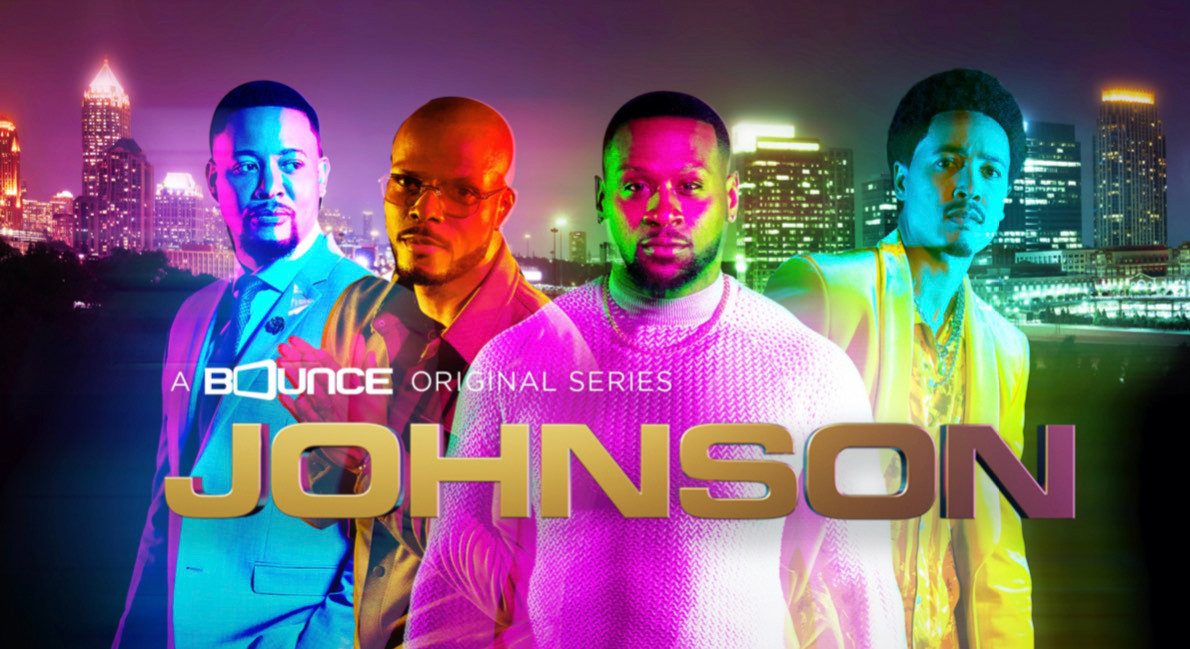 I am creative in multiple spaces, but currently I so proud to still be a working actor in this business. I am one of the lead actors on a TV series titled, “Johnson” on Bounce TV. We began with Season 1 last year and debuted the highest rated half hour dramedy series in Bounce TV’s history. We recently finished our Season 2, which premiered Sunday, July 10th at 8/7c. I’m so excited about this series because it brings a balance to TV for African American Men. Usually when I see African American Men depicted in TV and Film, for the most part they are the same stereotypes that are seen over and over again. The thing is this, when I look at the African American Men who are around me, my friends and family, I don’t really see these stereotypes. Of course there are men that exist that the agenda of stereotypes capitalize on, but it’s not the men I know. Around me I see entrepreneurs, fathers who are engaged with their kids, married, college graduates, workers in tech and the like. I see African American Men who are able to articulate themselves and are not simply floating, but building a legacy that will far outlive themselves. These are the kinds African American Men that I know and see and up until “Johnson”, I didn’t really see this on TV or the media often. It’s now being seen on our show “Johnson” and I couldn’t be more proud to be on a show that’s participating in change. “Johnson” was created by Deji LaRay, who also serves as Showrunner, along with his producing partner and Showrunner Thomas Q. Jones. For Bounce TV, the Showrunners and us as the lead actors, Thomas Q. Jones, Deji LaRay, Phillip Smithey and myself Derrex Brady; to take a risk tell our story with full authenticity and tackle issues that are not always told on TV, and for audiences, both men and women, to show up and make us the highest rated debut half hour dramedy series in Bounce TV’s history feels absolutely amazing.

What I want the world to know about me, my brand and my story is I’m a kid from Grand Rapids, MI who dreamed telling stories in film and TV and went after with everything. I want them to know my brand is about telling stories with the goal to give insight as well as entertain, but most of all to unify. My story is I’m a father to my kids that I never had or grew up with, and I broke the cycle of fatherlessness. I want people to know they can manifest their dreams through hardwork, prayers/meditation and belief. I also want them to know they have the ability to break any cycles that may have generational chains, and through them they can start a new legacy going forward. 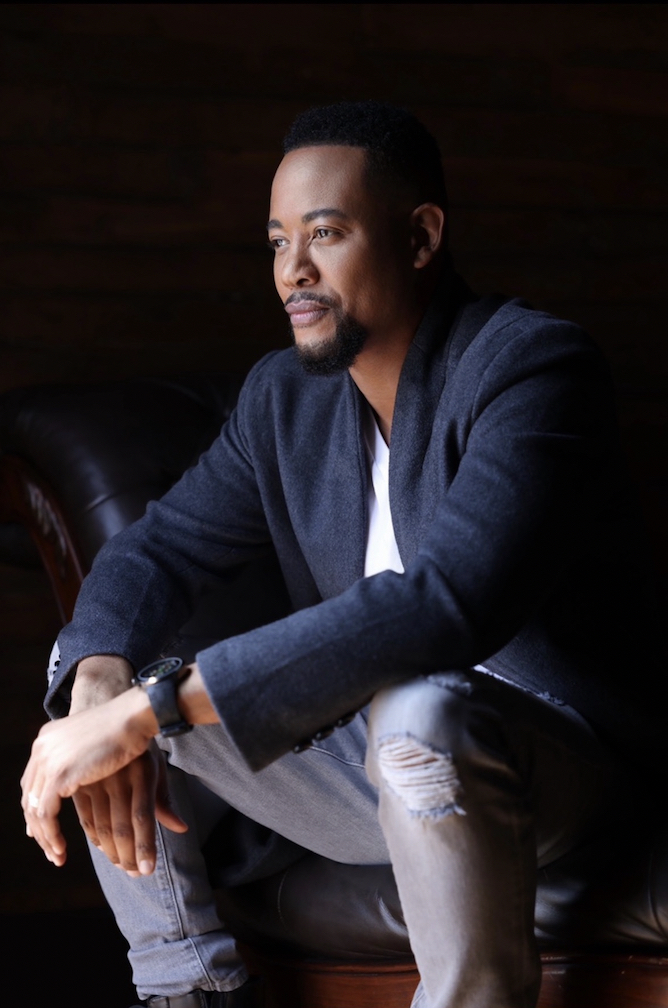 Some of my favorite spots in the city is the restaurant Tao in Hollywood. The entire ambiance is a vibe that is undeniable and fun. Another favorite spot is Cara Hotel in Los Angeles. I wold take a friend or family there for lunch and drinks. There is a cool restaurant below with an old Hollywood vibe and the food is amazing. Of course I would take them to Top Golf and close out the evening with fun and games on the driving range. There you can hit golf clubs with your favorite clubs over drinks, really chill spot that’s alive and popp’in. 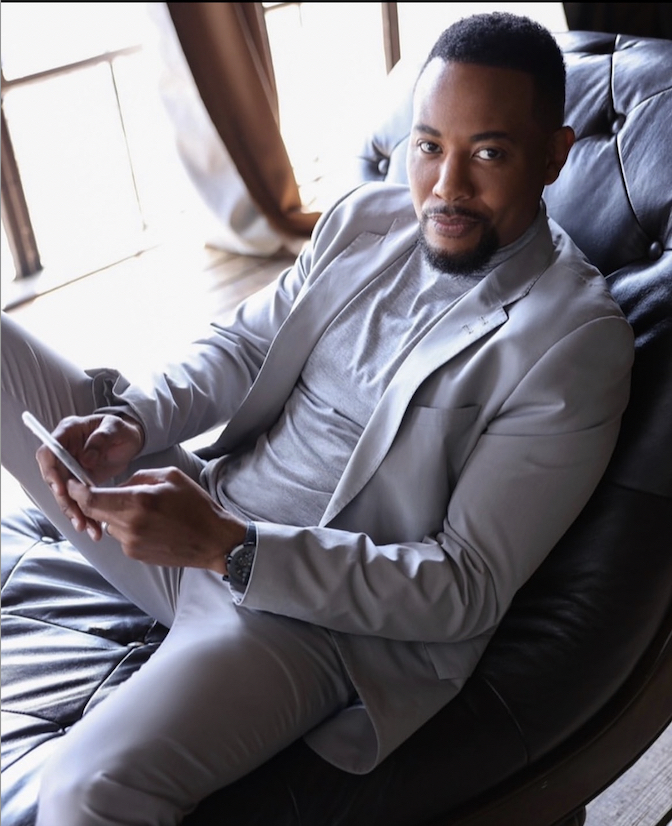 I would like to shoutout Deji LaRay and Thomas Q. Jones. I have been in the TV and Film industry for over 15 years, starting with teenager roles to roles bridging to manhood. I’ve been blessed to be apart of a lot of amazing projects. However their belief in me and attaching me to the series I’m currently apart of now has been an absolute dream. They looked at my work, knew of my character and work ethic and decided to trust their instinct and never auditioned me for the role, but instead chose me for the role. This is so rare in Hollywood and I will be forever grateful to them as fellow actors, as Showrunners of our series “Johnson” on Bounce TV to attach me, but even more as my brothers for believing in me. They both encourage me to continue my producing efforts with my projects, and Deji and been instrumental in my going after my next goal with directing. It’s absolutely my goal to pay it forward to others when I’m in position with Skyscope Pictures’ projects.

Lastly, I also have to mention Anthony Hemingway. Who is an Emmy Award winner, amongst numerous other nominations and awards. Anthony is attached for our upcoming feature film that is set in the world of mixed martial arts. It tells the tale of a deaf African-American man who gets back in the ring to overcome poverty and gain a chance to reunite with his 3-year-old son, who is spiraling in foster care. Aretha helmer Hemingway is set to direct and produce the movie with Simon Mirren. Myself and producing partner M.D. Walton will produce under our Skyscope Pictures banner, with Walton serving as writer. Anthony has been amazing developing the feature with M.D. and I and he continues to encourage us as well as back us as filmmakers. The wisdom and gems Hemingway continues to share with us are invaluable and our collaboration has been amazing. My gratitude for Anthony is lifelong.

Meet Anthony Lu: A guy that just likes to eat good food and share it with people