We had the good fortune of connecting with Diana C. Zollicoffer and we’ve shared our conversation below.

Hi Diana C., any advice for those thinking about whether to keep going or to give up?

Giving up and keep going are basically bookends of each other. They both have their merits. We live in a world that has the motto “Never give up!”, “Do or Die?” or “Quitters never win.” It was a big part of my existence for the longest time to just keep pushing this rock up a mountain. But, one day I paused from the routine, looked around and realized I can still go up the mountain via a different route. I could take the “train” up the mountain. The meaning of keep going sometimes requires assessing the situation and figuring a different plan. In 2020, my word was “pivot”. A word my mother taught me by example, she is soft spoken but can pivot with life, like a lioness. I had to figure out how to keep moving by making slight changes; by pivoting. It meant that sometimes, yes — I had to give up; but in that moment of making the decision to “stop” it was a new way to keep going. If you label a decision to stop as simply giving up you’re doing a disservice to your soul. I would rather be labeled a decision maker. 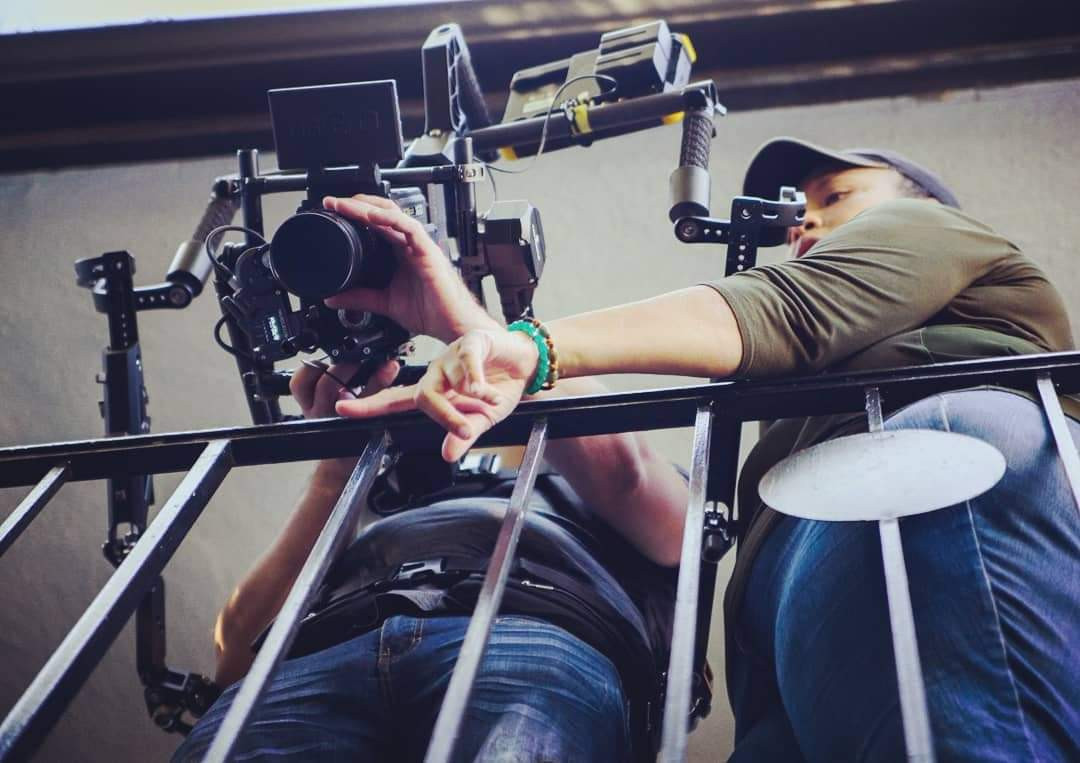 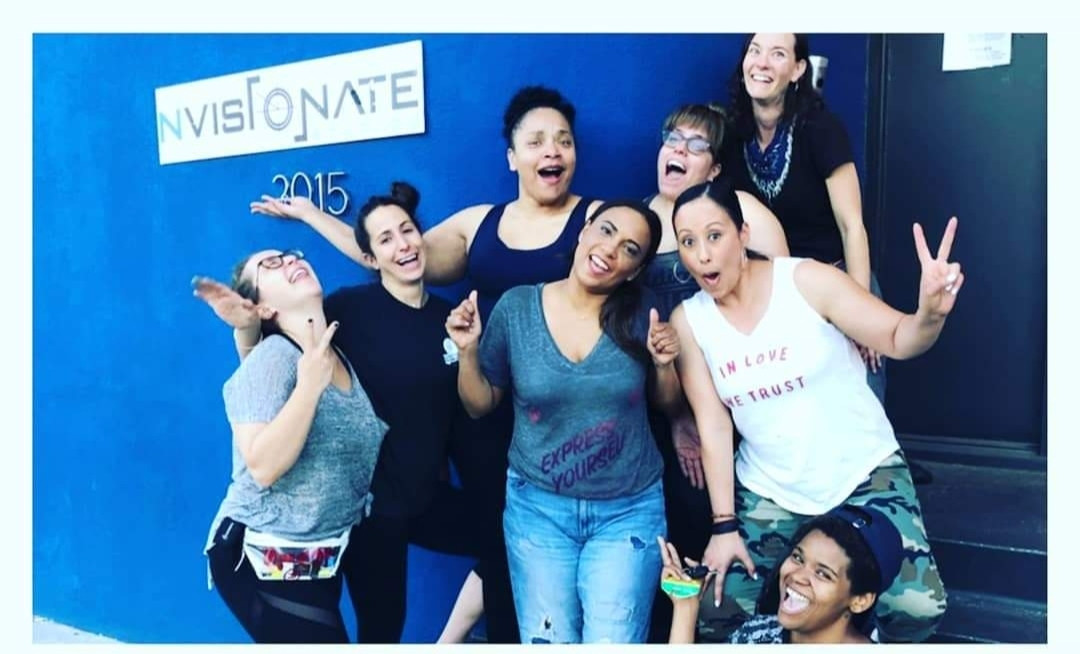 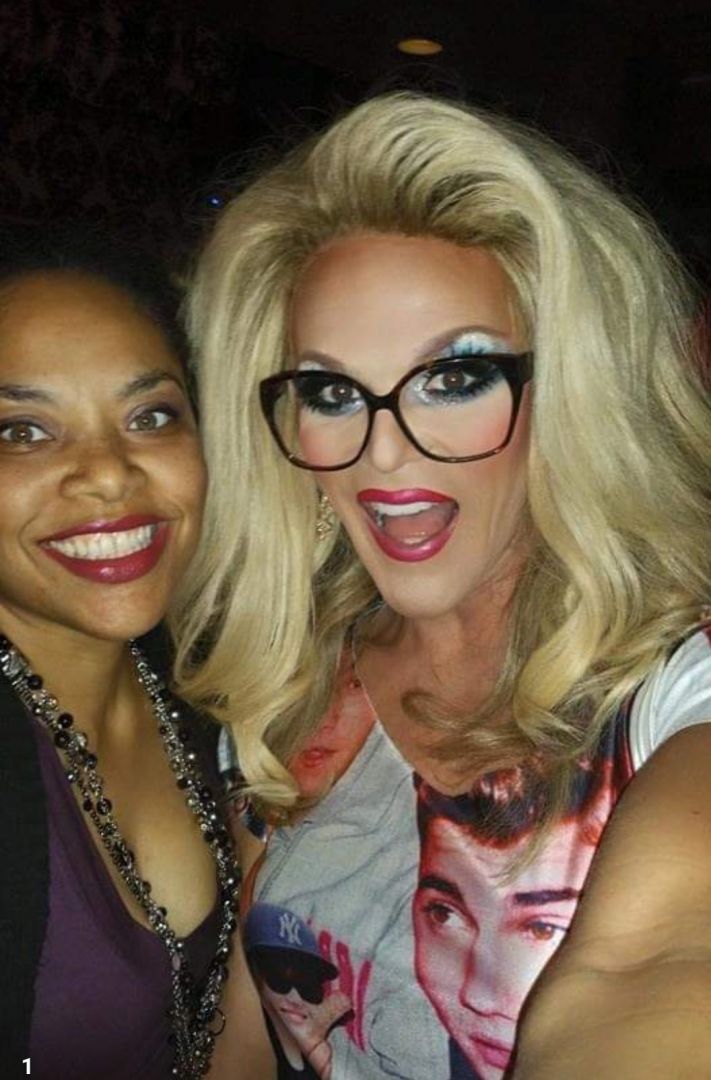 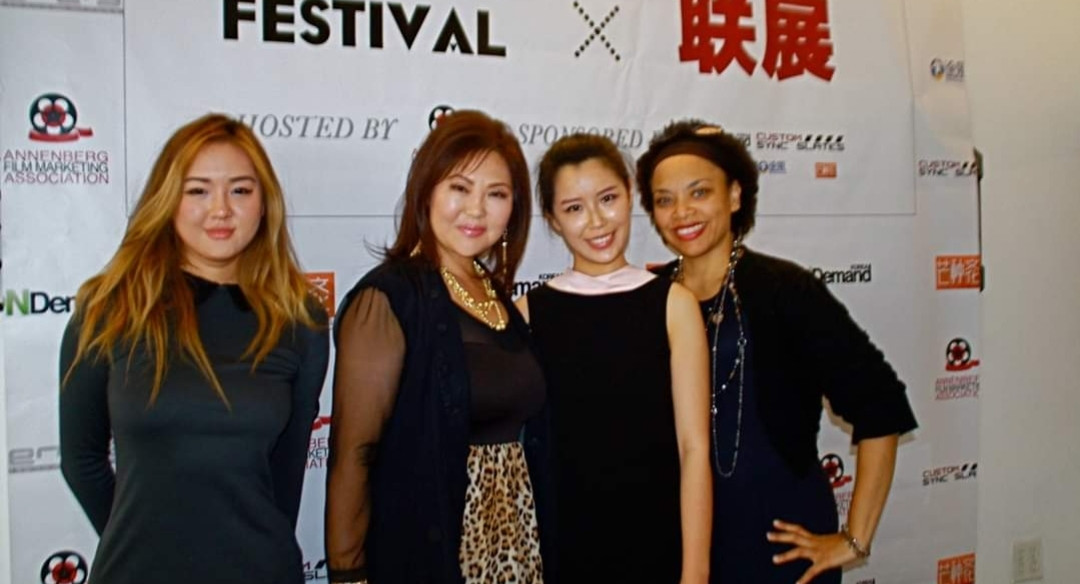 I just got back from the Bentonville Film Festival. The film I co-directed and produced with Vergi Rodriguez “Dreamer” was in competition at the festival. That was an honor in and of itself. Thank goodness for trailblazers like Geena Davis and the Geena Davis Institute on Gender in Media.  There was an amazing caliber of films there, films that deserved to be seen. I tried to see and support as many of the other filmmakers there as I could.

I love films. I always have. There’s been many films in different genres from all over the world that have motivated me, that allows for self-examination while entertaining us. The Philadelphia Story, Ikuru, Monster, The Matrix, Kuch Kuch Hota Hai, Limelight and The Middle of Nowhere. These films by George Cukor, Akira Kurosawa, The Wachowski Siblings, and Ava Duvernay are only some of the cinematic influences of my life. Some of them are major blockbusters but they all have a microcosm and macrocosm aspects or theory that describes our human existence and place in the universe. Everyone wants to be seen and heard!

Women filmmakers are making our own opportunities even if it’s on a smaller scale. One of the most amazing things about women filmmakers is we know how to do a lot with less. In fact, the Producers Guild has a report outlining how the ROI on films made by women are actually more profitable than those made by men. Sadly it’s because women get less money to make films but the profits are higher because our budgets are bare-boned and less inflated. But, that doesn’t make headlines.

It’s interesting that these last few years the industry [Hollywood] has latched onto the word “diversity” as if it’s new. But for those of us in the under-represented sectors it’s our lives. It’s not new. Diversity…inclusion…wanting to be heard and seen is not new. I am most proud that I have always been an advocate for the under-represented. I have always worked on projects that naturally were diverse.

I am proud that my slate of work includes the LGBQT community, different social-economic groups, Blacks, Whites, Hispanics, Asian, Jewish, Catholics, Atheis, ages, body-types… everyone. I consider myself almost like the United Nations of filmmakers. My project right now includes the environmental/socio-economic documentary “Forgotten Bayou”, “Schmoolie the Deathwatcher”, “Dreamer”, “Tattoos & Scars”, “Morning”, “Free Agent: The Ben Brown Story”, “Honey & Clover”, “NDA”,  and “FU: a 爱love爱 story in reverse”. Each project is unique and flawlessly represents a different sector in society.

Also diversity and inclusion isn’t just about being in front of the camera. It’s having all of us behind the camera too. As writer, directors, producers, cinematographers, department heads, etc. Thankfully more and more studios are recognizing this too. I hope it continues and grows. I was at the Cannes Film Festival in 2018 when Cate Blanchett was the Jury President and I was privileged to be there again this year in 2021 with “Dreamer” and “Honey & Clover” when the Palme d’Or winner was Julia Ducournau. There’s only been 2 women who have won that honor in the 75 year history of the festival.

So the progress is slow but I am optimistic that it’s coming.

We’re going to go at this pre-COVID… so we will have no restrictions.

One of my absolute favorite places is LACMA. I enjoy this museum because it has both indoor and outdoor spaces. You can check out an exhibit, listen to a “Jazz concerts outside or catch a film symposium. LACMA is basically “Los Angeles” where it’s a little bit of everything from everywhere without being pretentious. The only other museum in the United States that’s like this is the Smithsonian Institute in my hometown, Washington DC.

Eating in Los Angeles is pretty easy. There are a lot of great restaurants. But, one spot I would make sure to hit is Maestro’s in Beverly Hills for the Butter Cake…it’s my favorite dessert, it never disappoints.

We would definitely have to venture up the coast, to wine country. There’s a winery in the Central Valley that was once owned by a Creole lady from New Orleans named Rideau that has some of the best wines. I love the Roussanne and the Grenache. Further up in Napa there’s a great winemaker named Dianna Novy who has a great label named Flaunt. 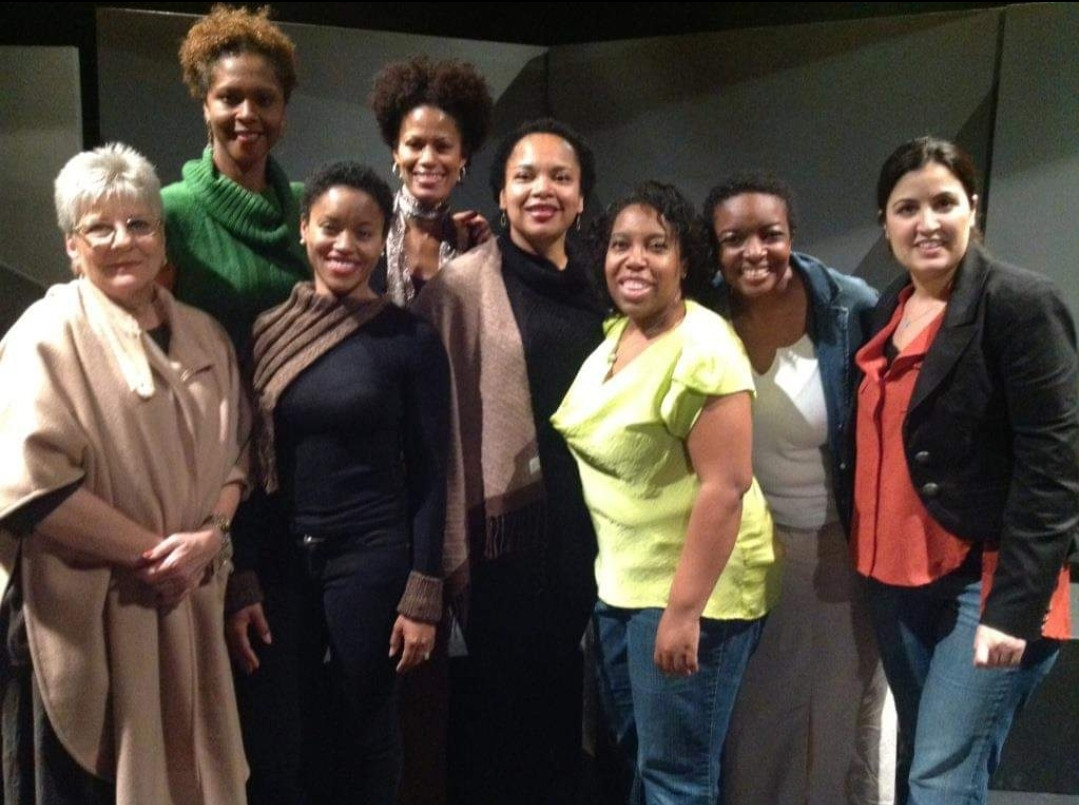 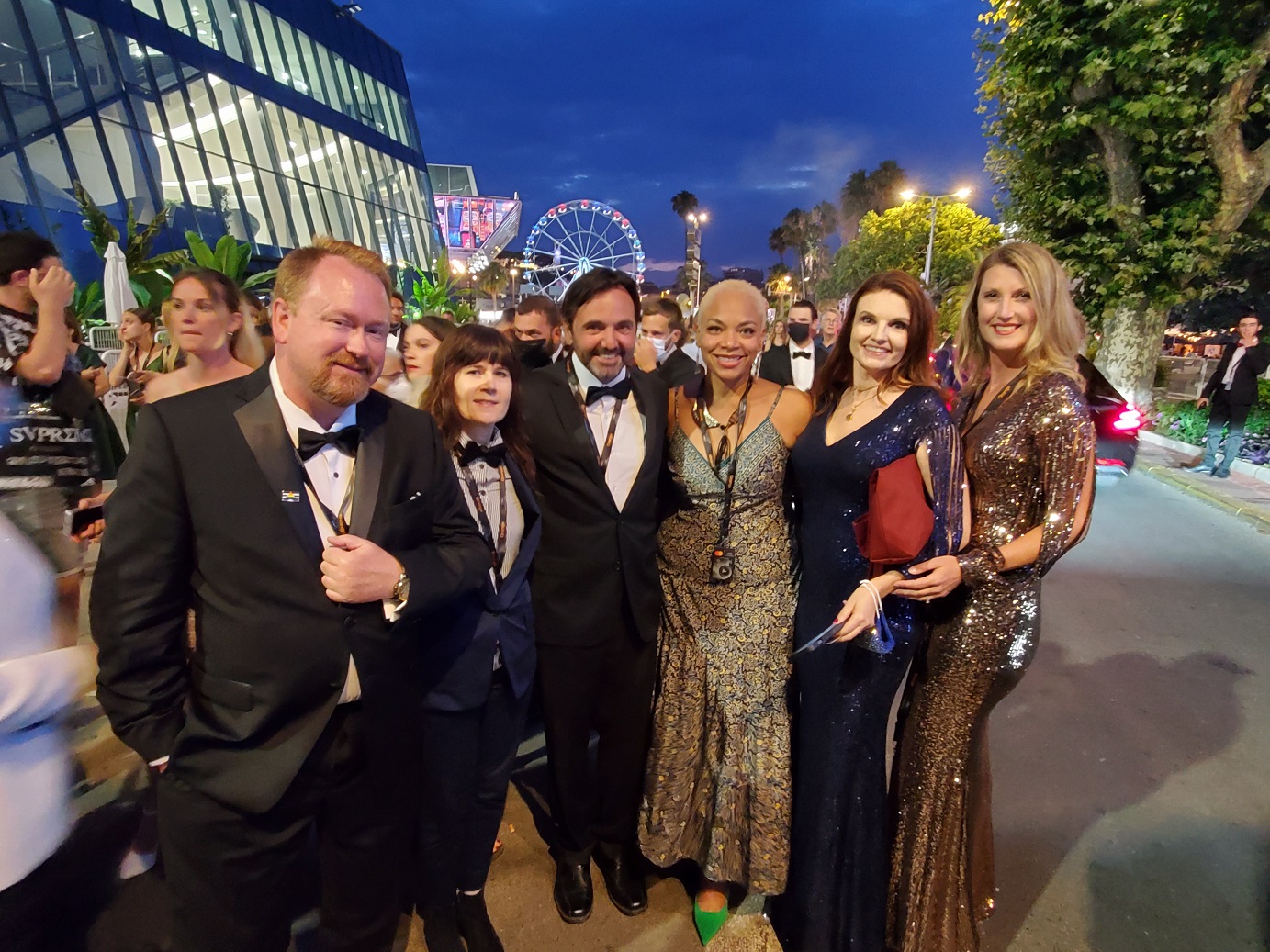 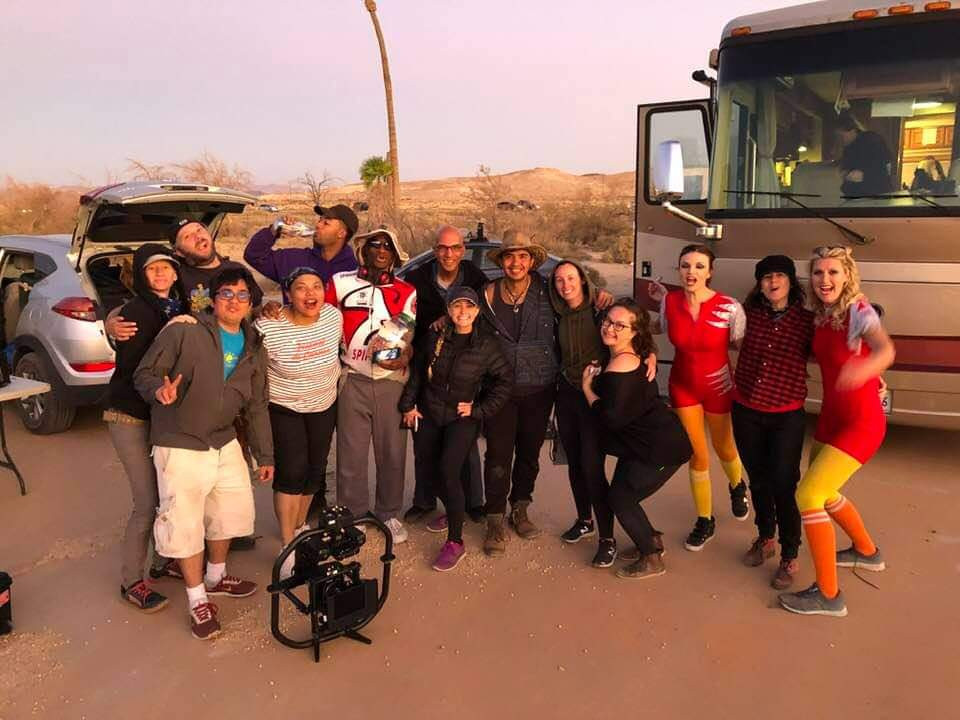 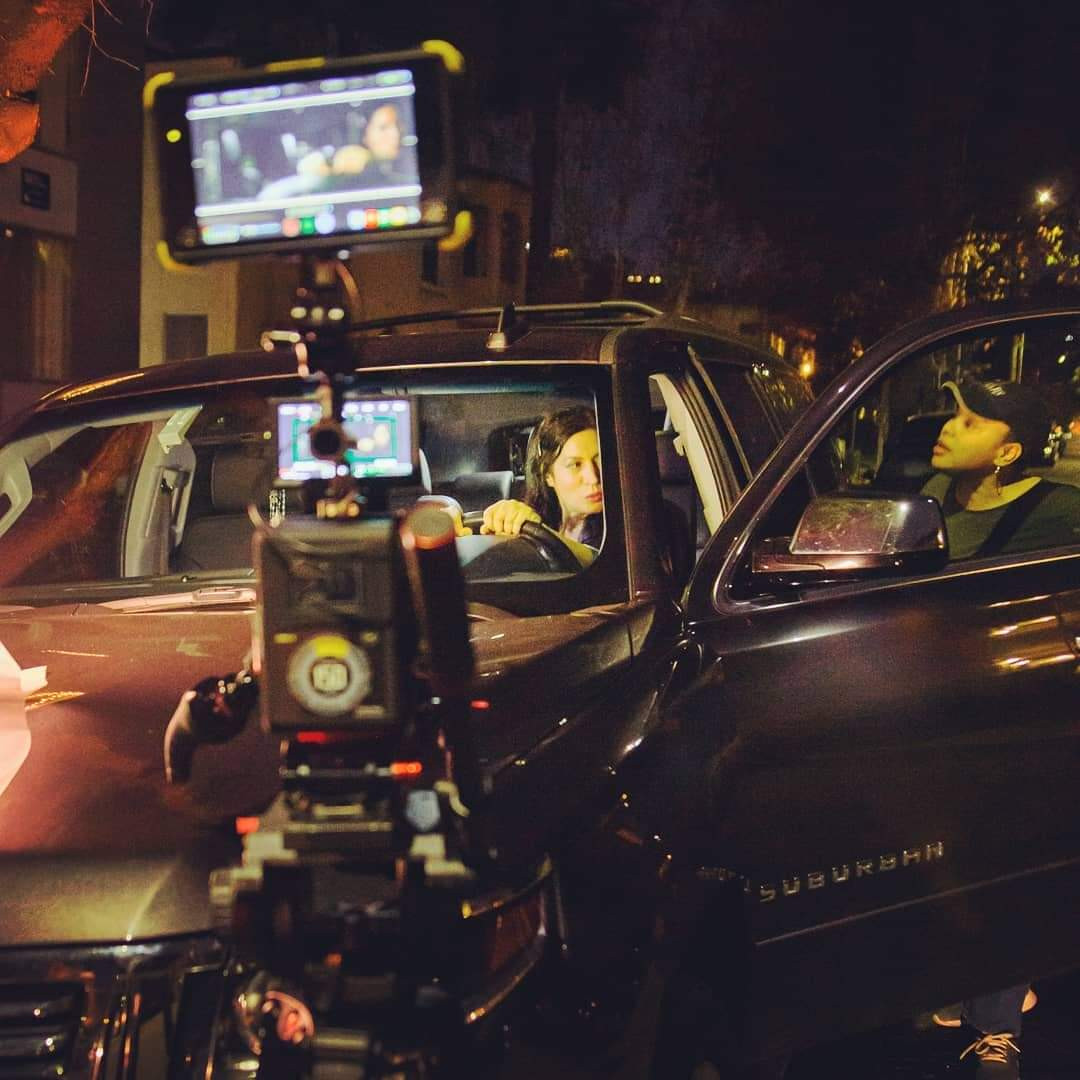 All the female creatives who are doing 1000% more above and beyond just to be seen. Novelists like Dina Haynes, chefs like Manouschka Guerrier, industry leaders/mentors like Adrienne Becker, directors like Anna Chi…I can go on and on. But it’s also fun for ShoutOut readers to go discover untapped talents. How cool is it that ShoutOut is part of this revolution of discovery, with this series. Bravo!