We had the good fortune of connecting with Dolores Cantu and we’ve shared our conversation below.

Hi Dolores, what is the most important factor behind your success?
There is such a thing as being in the right place at the right time. But, the thing that matters most is believing in yourself, taking risks, following your heart and having the courage to act on opportunities when they show up in your life. Sometimes the door in front of you will lead you to all you have ever wanted. But, unless you open it, is just another door. Take the road less traveled, or even forge a new one for yourself. Creativity starts with the courage to try. . I am living proof that we are capable of so much more than we ever dreamed possible when we listen to that inner voice that tells us we can, 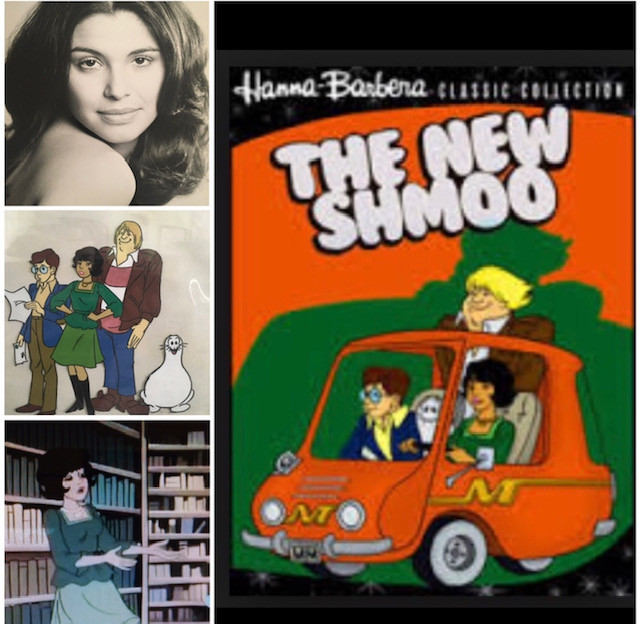 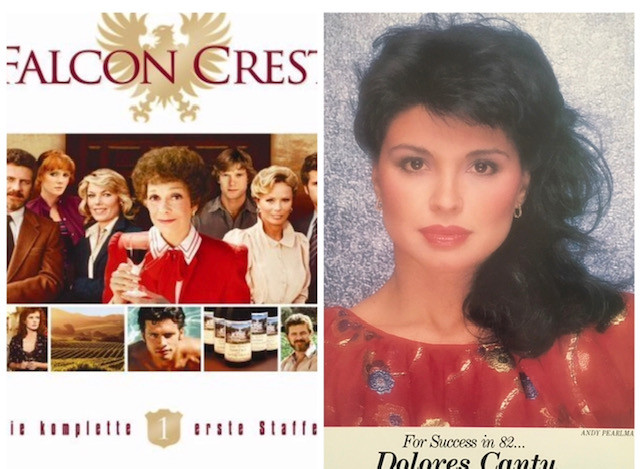 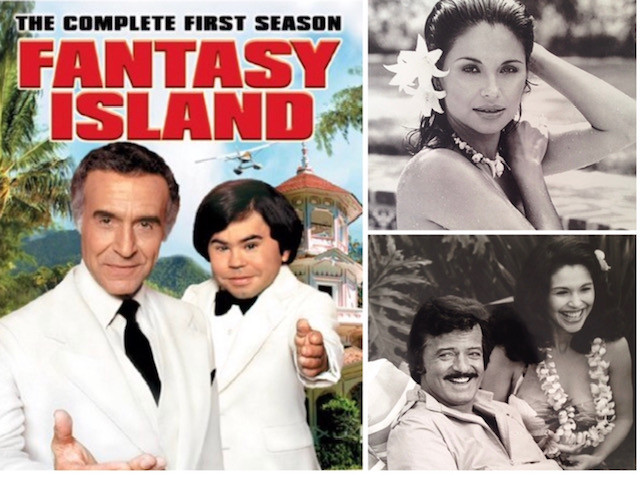 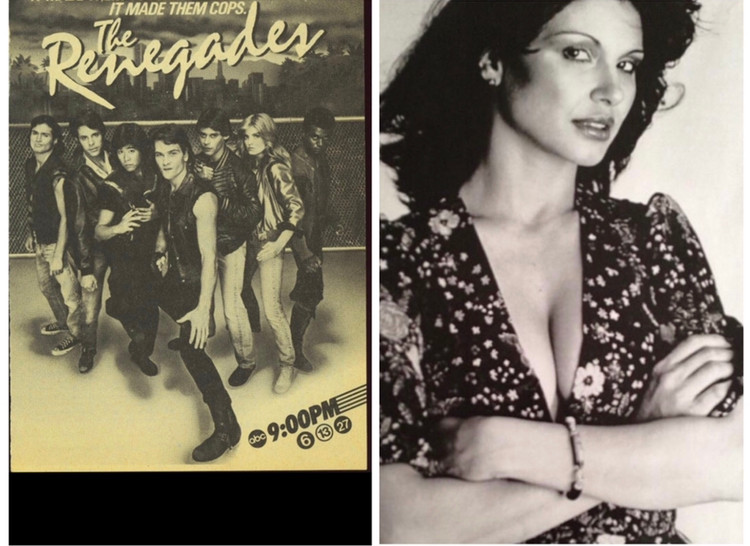 Can you give our readers an introduction to your business? Maybe you can share a bit about what you do and what sets you apart from others?
I am the star of my own journey . As an actress and talent manager, I’ve gone from Dreamer to Dream-maker. From creating a place for myself in Hollywood, to cultivating the next generation of stars, all while overcoming personal and professional obstacles has only made me stronger and more passionate and has fueled my drive to succeed. I am living proof that we are capable of so much more than we ever dreamed possible. Dream bigger, embrace your intuition, and never let anyone tell you you can’t!

During the 60’s it was difficult for Hispanics and other minorities to break into certain fields including the airlines and Hollywood. I got the inspiration to be an actress from the weekly bulletins about Hollywood that would play at the movie theater where I worked when I was 14. At that age and at that time in history, school was hard on me as a minority but I did not let other’s narrow and limiting beliefs deter me from my dreams. I never believed in the word can’t …. Only Cantu- Can Do!

On January 1, 1970 I started my journey to see the world and to reach for the stars. At that time, there were just a handful of Latina stewardess in the United States, and I was one of them! My life changed because I was in an environment where I was a professional and I felt accepted and allowed to be myself without apologies. I was traveling the world and loving life. I found a confidence and power that came with wearing the exclusive stewardess uniform – hot pants and all. Because I was one of the few Hispanic women flying, I suppose I had become somewhat of the Hispanic “It Girl.” I was chosen to be the airline ambassador for new routes and new hotels and was traveling for newspaper interviews and personal appearances.

While traveling the world, my dreams of being an actress were always in the back of my mind. Next stop- San Juan , Puerto Rico for the Miss USA Pageant in 1972 where I received the spirited Miss Hospitality Award. One of the judges, Bob Lardin from The New York Daily News, told me I was as beautiful as the contestants and encouraged me to become an actress. With that spark, I was on my way to New York to start my acting and modeling career. 1972 was also the year I booked the first commercial McDonald’s produced for the Spanish Market. It was different in the 70’s, the Spanish demographic was only visible on Spanish networks. But there I was, acting in one of the first mainstream Hispanic commercials as the advertising industry was beginning to notice the Latin market. I also booked commercials and modeling jobs for the American market, which was unique for a 5’5″ Latina actress at that time.

A casting director gave me great advice that I pass along to all my clients and anyone breaking into the business today. They said study, take classes, and develop the skills and muscles that you will need not just for one role, but for a lifetime of work. I did just that and in 1976 I was cast in “Saturday Night Fever” as a Puerto Rican gang member who got to beat up John Travolta. I am still the only woman to beat up John Travolta in any movie. It was very exciting to jump on top of him and knock him around a bit! Who knew that it would become in iconic scene? That scene has been featured in many “Saturday Night Fever” books over the past four decades.

I told myself that if I booked a job, I would move to Hollywood and if not, I’d stay in New York. As fate would have it, I booked “What Really Happened to the Class of 65” with Harrison Ford, Larry Hagman, and a crew of other soon to be Hollywood icons. I remember an agent had the nerve to say to me, “You’re Mexican don’t waste your time.” I begged him to take a chance on me but he showed me to the door. Right there I promised I was going to make it, no matter what. Sure enough in 1979, Hanna Barbera added a Hispanic girl to their series “Fred and Barney Meet Schmoo” and I was cast in the role of Nita. It was a personal and collective breakthrough. Any time a Latina appeared on television in a role that wasn’t a maid or exotic temptress, it was a breakthrough for all of us.

Around this time, I heard of an organization founded by Ricardo Montalban called Nosotros which was fighting to make advances for more Latino representation in films and television. I became a member and started by co-producing the first Latino showcase for Norman Lear at Tandem Studios in 1980. The showcase was a success and within days people started auditioning and booking roles on Lear’s programs including: “All in the Family,” “Diff’rent Strokes,” “The Jeffersons” to name a few. I booked “Diff’rent Strokes.” We expanded our efforts and produced showcases for industry executives and casting agents and anyone who would come to see Hispanic talent. That was only the beginning. I’m very proud to have been part of that energizing moment in which we saw the door open a little further for Hispanics in Hollywood. I began working regularly. I was typecast not for my ethnicity, but for my looks. I worked steadily through the eighties: “Dallas” as JR’s assistant; “Fantasy Island” with Ricardo Montalban – literally in the role of “One of The Most Desirable Women in the World” with Barbie Benton (notably I was the only Latina); “The Renegades” with Patrick Swayze; “Benson” with Robert Guillaume; “Falcon Crest”; and “Quincy” with Jack Klugman.

Harrison Ford once said, “To be a successful actor you need a second occupation”. I took this sound advice and in 1983 created Flowers by Dolores. I was the first woman to operate a freestanding flower shop in the United States in the heart of Hollywood on Sunset Blvd. I soon became know as Dolores the Florist and became a regular on local newscasts and lifestyle shows showcasing my designs. Flowers by Dolores became a favorite for celebrity clients like Bruce Springsteen, Rodney Dangerfield, Madonna, Ian Ziering and Kevin Pollak. Paramount Studios and “Entertainment Tonight” also used my talents for their offices and productions. I was so lucky to have two passions in my life, flower design and acting. One of my favorite jobs was working with Jay Leno on “The Tonight Show” in the 1990s, as a recurring guest in a series of skits.

In 2001 Candu Management was born. I named my management company Candu Management because it sounds like my name, Dolores Cantu, and it holds the affirming promise, “You can do this.”
I love discovering new talent, nurturing, advising, protecting, and inspiring them to reach and achieve their dreams. It is extremely satisfying to mentor in both the Spanish and English-speaking markets. I feel a unique strength that I offer my clients is that I have been working as an actress for over fifty years. Anything and everything they are feeling or facing, I’ve been there. The future is looking great for hispanic actors and I’m so excited to be part of the my young talents journey. I love changing lives and making Dreams come true.

Any places to eat or things to do that you can share with our readers? If they have a friend visiting town, what are some spots they could take them to?
I live near the Cedar Sinai Hospital in Los Angeles. No matter the reason for your visit, let’s support our local family businesses. Here’s a list of some of my favorite restaurants for locals and tourists alike. 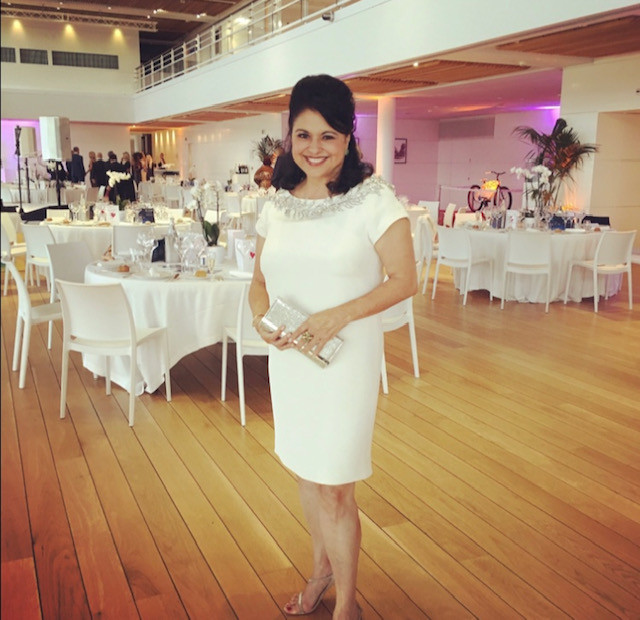 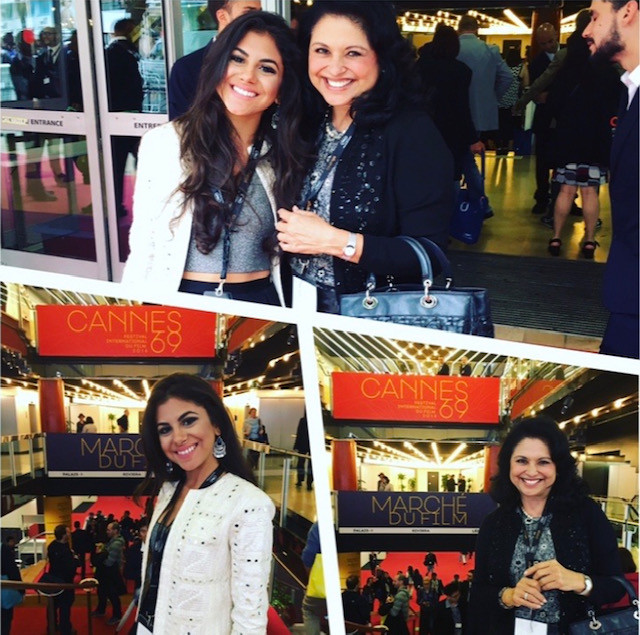 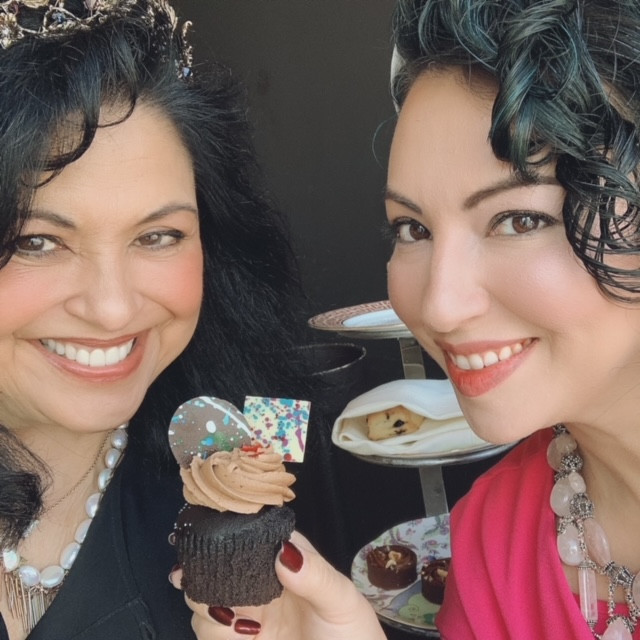 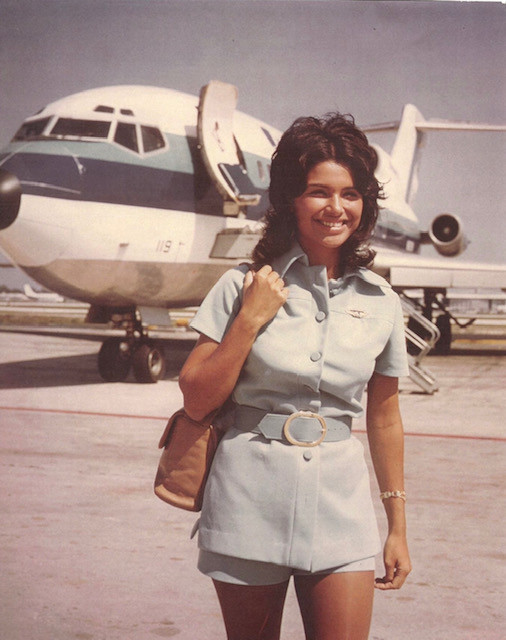 Who else deserves some credit and recognition?
I’m thankful for my mother Hope Jaime Perez. She was my PR Agent, fashion designer, Avon lady, and my biggest supporter. I thank her always for the woman I am today. She taught me:
Style, grace, and compassion.
To never be afraid to be true to myself.
To never be afraid to follow my dreams big or small.
To always give back
And most importantly, to remember I’m a child of God.

I’m thankful that my High School Class in 1968 that honored me with the Citizenship Award. My life has always been to encourage, motivate, promote positive attitude and help make our youth of tomorrow.

I was so blessed to have had this incredible landlord in 1969 in Houston. He told me that Eastern Airlines was looking for beautiful girls with great personalities to become stewardesses. I told him I didn’t think I was worldly enough, but he said he believed in me. He even drove me to the interview because he didn’t want me to have any regrets. His kindness is something I will never forget, and I always pay it forward to other people who need someone to believe in them until they believe in themselves

Thank you to Eastern Airlines for taking a chance on a young hispanic girls. They gave me the time off to pursue my acting career. I wouldn’t have begun my acting and modeling career in New York with out their help.

I want to thank Richard Ayoub, Brad Bessey, and Kurt Knutsson for believing in me, and for making me Dolores the Florist the official florist for all the local news on KTLA, CBS2, ABC7.

I want to thank all my agents through the years for letting me shine, and all the casting directors for giving me the opportunities of a life time.

I thank All my clients that have trusted me with their careers to help make their dreams come true.

Thank you to all my friends and family that helped me believe that anything is possible to always be fearless.