We had the good fortune of connecting with Dominique Sheth and we’ve shared our conversation below.

Hi Dominique, what’s one piece of conventional advice that you disagree with?
One piece of conventional advice that you’ll hear a lot if you’re looking to get into the entertainment industry is to pick one thing (a skill, a trade, a role, a specialization) and to focus on becoming really, really good at that thing. This is something I heard over and over in film school and then again every time I’ve been on the job search. While I don’t think this kernel of advice is without some merit, I do think that this type of thinking can be severely limiting to building a truly creative career. What I’ve found as a sociologist, turned filmmaker, turned producer for interactive location-based media (think museums, theme parks, etc.), is that a varied background, or what my employers referred to as a “twisty path” in my initial interview with them several years ago, is actually a huge asset for storytellers, artists, and even for those who run the show (producers). When I started in entertainment, I trained as a Production Designer and Set Decorator, which then led me to explore Directing, as I found a lot of overlap in the way that I thought about character development and visual storytelling through both disciplines. Sometime later, an opportunity to explore media production for theme park attractions presented itself, and I stepped into producing shoes, using team leadership skills I had honed in directing films, storytelling that I had learned from developing scripts, and a keen eye for design that I had learned in building sets and environments as a Production Designer. While I think having a diverse background has sometimes cost me a job from employers who have a more silo-based organizational structure, I’ve learned that these types of companies are not really for me. They don’t give me the latitude to really utilize the skills that make me an invaluable creative contributor to a team…and that’s OK! When I take a step back and look at the twisty paths that others have on my team– a former Chemist/Climate Scientist turned Producer or PhD in Clarinet Performance turned R&D Superstar, I have to think there really is something valuable to exploring many interests, and that all of these roads inevitably prepare us for the path we’re headed towards. 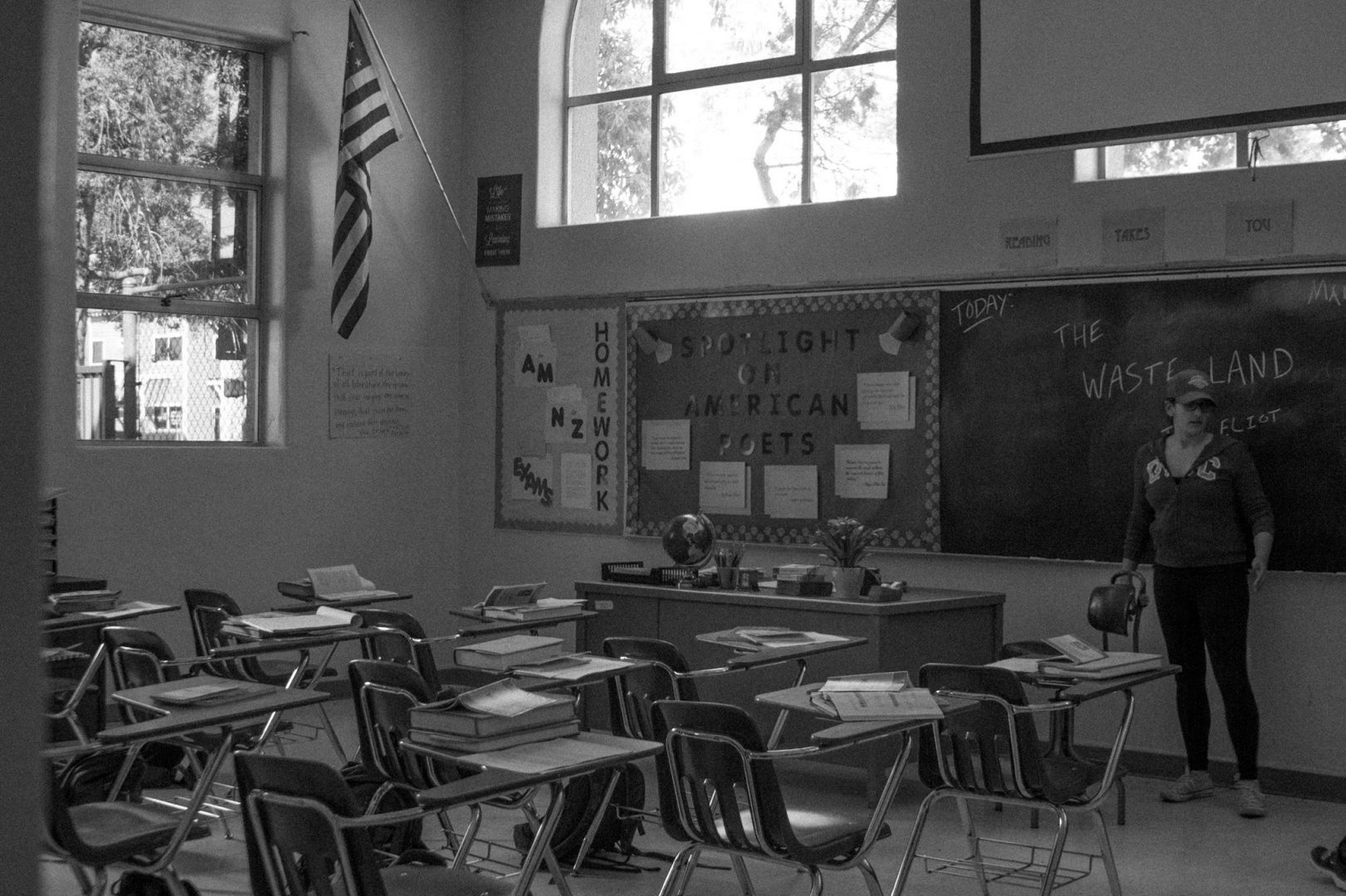 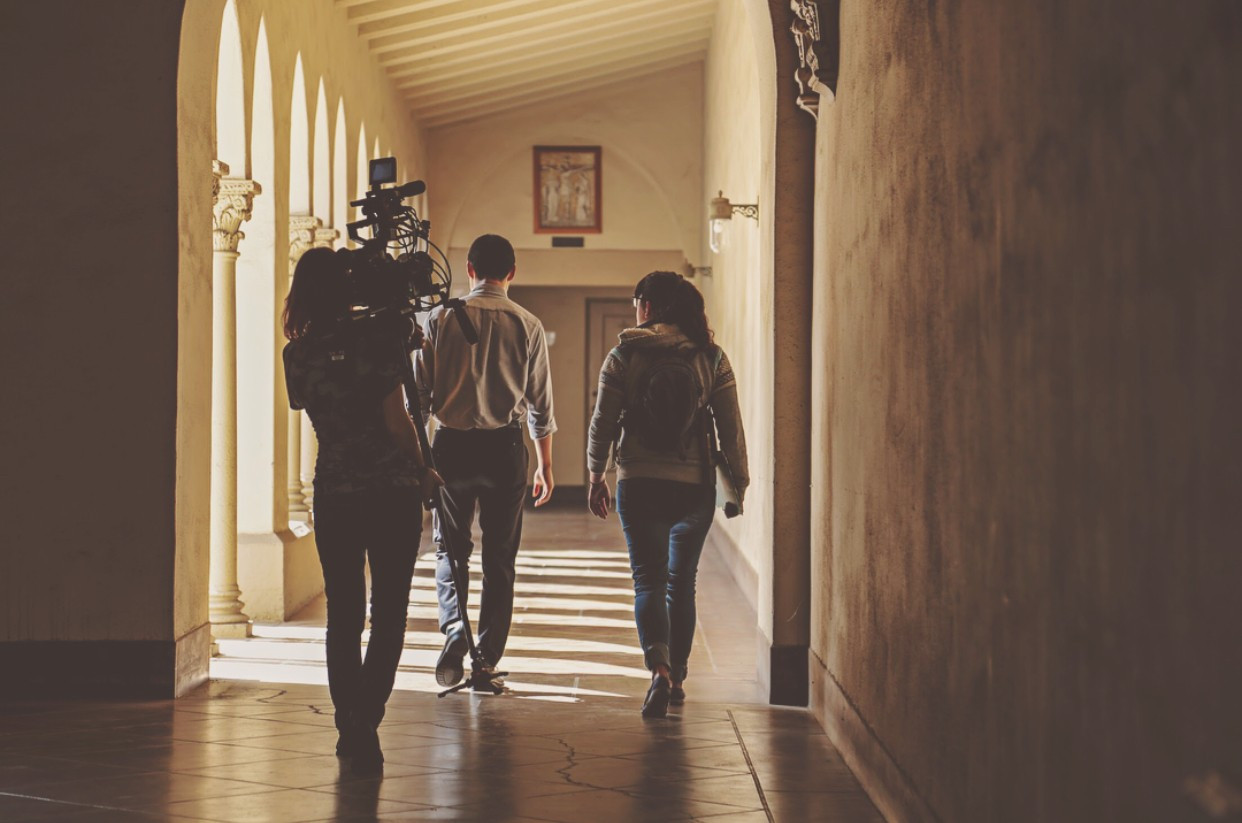 Alright, so let’s move onto what keeps you busy professionally?
As an artist, I believe my greatest tool or skill that I’ve developed has been the art of storytelling. As I mentioned previously, I’ve worn a ton of different creative hats in my lifetime: fine artist/painter, production designer, film director, producer, but the common thread in all of these has been story.story.story. I’ve heard a lot of pros and cons on both sides about going to film school, or not going, and I can honestly say that I think either approach can be a means to the same end (one carrying a lot more $$$ than the other). But the greatest skill I believe I came away with in my time at the film school I went to, USC School of Cinematic Arts, was to learn how to tell a great story…and also how to tell if it’s a bad one! (an equally important skill). This is a skill that has served me over the long term, no matter what role I take on in a creative project. It doesn’t matter if you’re working in advertising, designing a building, or writing the next great novel. You have to know what your story is, who you’re telling it to, and why it matters. When I started at my current company, Beaudry Interactive, I was surprised to learn that they did not have an in-house writer or story developer, and usually partnered with an external consultant for this aspect of projects. On my first project with the team, I gladly jumped into this role and started writing story treatments that eventually became media that exhibits in front of thousands of people every day at a theme park in Orlando. Because of all of the different sides I had previously approached stories from in my career, it was a very natural transition. These experiences prepared me to craft moments that were engaging, appropriate to their audience, meaningful, and importantly, feasible to produce. I think another thing that helped me pull this off is a willingness to say YES! (note the emphatic exclamation) to new opportunities or challenges. When on the same aforementioned project, I was asked to learn how to composite green screen, something that can take people an entire career to master, I found myself in a position of learning the skill practically overnight. And now, this is something I can (mostly) do on my own, depending on the complexity of the media of course. Being open to learning, in the face of a daunting or scary new challenge, is something that has served me in my artistic career. I think at times there is nothing scarier than the things we don’t know, but if I had let that intimidation get the better of me when I first started out in entertainment, I would not have this career today. Even from my days at film school, I was constantly being bombarded with highly technical tasks that I had never done before and being able to meet these challenges really sets a person up to sink or swim in this industry. 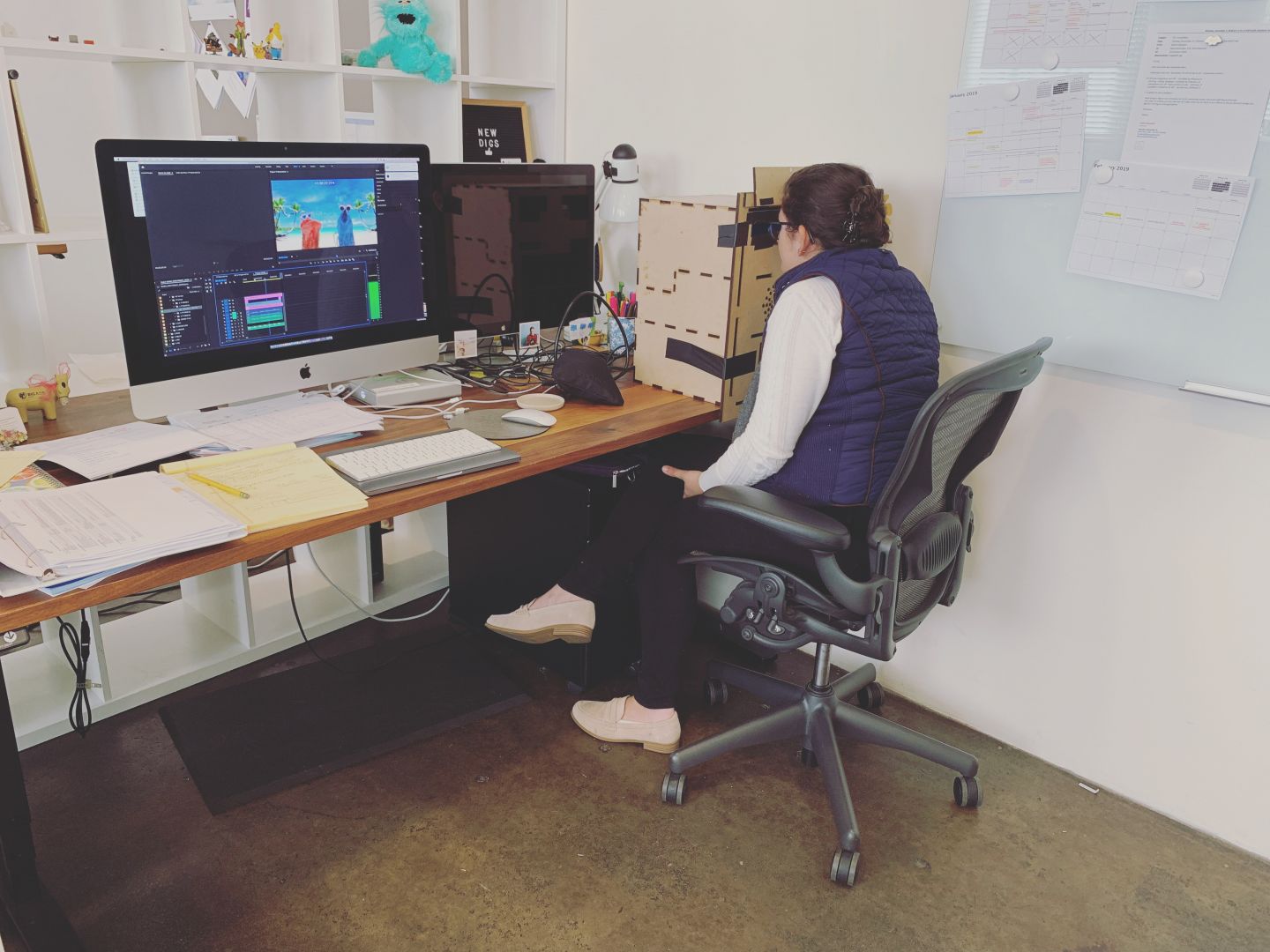 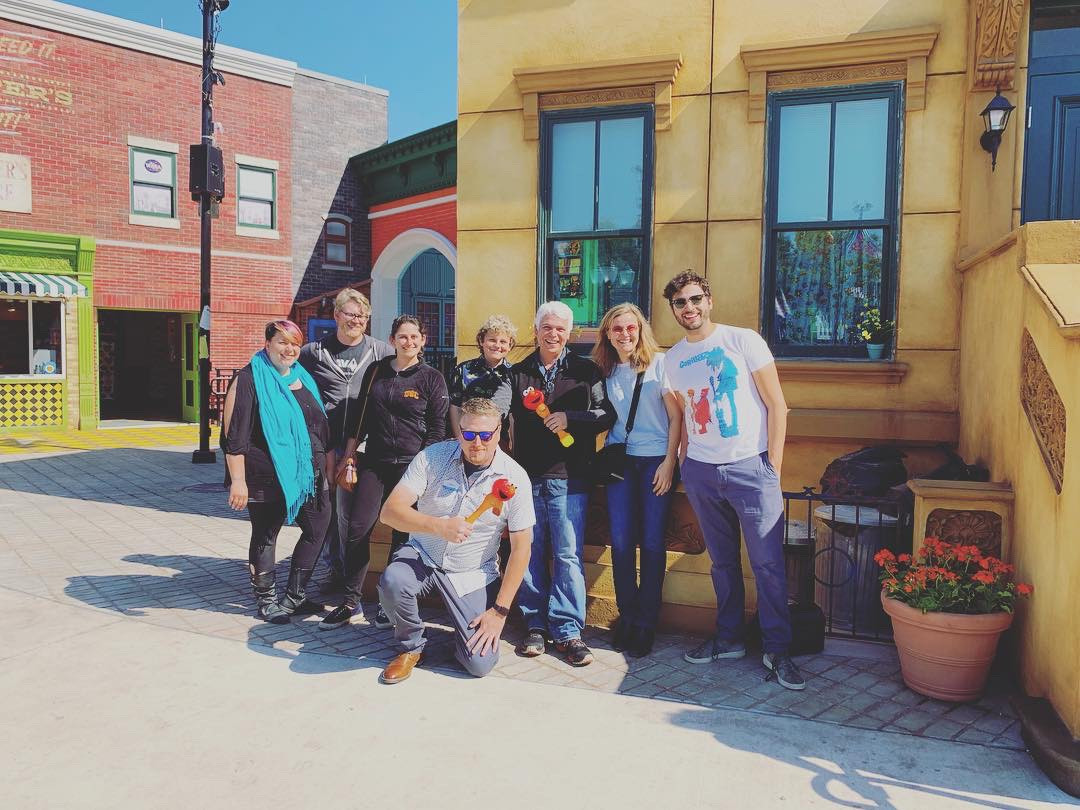 Let’s say your best friend was visiting the area and you wanted to show them the best time ever. Where would you take them? Give us a little itinerary – say it was a week long trip, where would you eat, drink, visit, hang out, etc.
When I moved to LA, I got a lot of attitude about becoming an Angeleno from family and friends. What I’ve learned in exploring this city is that people who judge it negatively do so because they’ve probably only experienced .099% of what the city has to offer. LA is huge and sprawling, and it’s next to impossible to experience it all in one visit. It’s taken me half of a decade of living here to learn the intricacies of all of the different neighborhoods so if I had a friend coming down for a visit, what I’d want to share with them is a taste of the infinite and decadent variety that different LA neighborhoods have to offer. Day 1: Venice Los Angeles is known for its beautiful beaches and amazing weather, so best to start with what people know and head straight to the beachy neighborhood of Venice. Activity: Shopping on Abbott Kinney Eat: Brunch at Zinqué or dinner at Gjelina Day 2: DTLA Now we’re jumping into the deep end and going straight for the heart of the city. Activities: Finding amazing books at The Last Bookstore, taking in the amazing architecture surrounding Pershing Square. Delicious dessert at Bottega Louie. Eat: There are so many good places to visit in downtown, it’s difficult to narrow down, so I’ll cheat and say Grand Central Market, where there’s a little bit of a lot of things to try. Drink: Rooftop cocktails at Perch are a must Day 3: Pacific Palisades Back to the coast! Activities: Hiking at Will Rogers State Historic Park, shopping at The Palisades Village-particularly at one of my favorite places to find fair trade and ethically-sourced gifts for the people (especially women) I love–The Little Market Eat/Drink: Cocktails at The Draycott, a burger from Hank’s. Day 4: Echo Park/Silverlake My old stomping grounds, when I lived in a 20s-era apartment around the corner from the lake! Activities: Picnic at the Echo Park lake, walk down Sunset (if you’re really ambitious, walk all the way to Silverlake) Eat/Drink: My favorite spots in this neighborhood had to be The Semi Tropic on Glendale Ave. or grabbing a beer and catching the Warriors game at the Holloway on Echo Park Ave. (Sorry- still a Bay Area girl at heart). Day5: North Hollywood And now for something COMPLETELY different. When I started working in the NoHo Arts District- trekking to the Valley everyday held little appeal but the joke was entirely on me, because I think this neighborhood might be one of the best hidden foodie paradises in the city! Activities: Few people know that the NoHo Arts District has the highest concentration of theaters outside of New York City. There’s always a fun show to check out. One of my favorites in recent history, was an immersive show created by an industry friend and general superstar, David Ruzicka, called “I Want To Live in Your Mouth.” It was incredible. Eat/Drink: Any of the spots around Magnolia x Lankershim. My ultimate favorite has to be The Fat Dog. And while you don’t have to head all the way to the valley to enjoy this spot (there’s one in the city too), the patio and ambiance in NoHo makes it worth it. Other favorites: cocktails at Idle Hour, pizza on the patio at Pitfire, and if it’s a little early for happy hour, take a quick drive down to Porto’s and stuff your face with guava strudel and potato balls. You won’t be sorry. Ok, now I’m hungry. 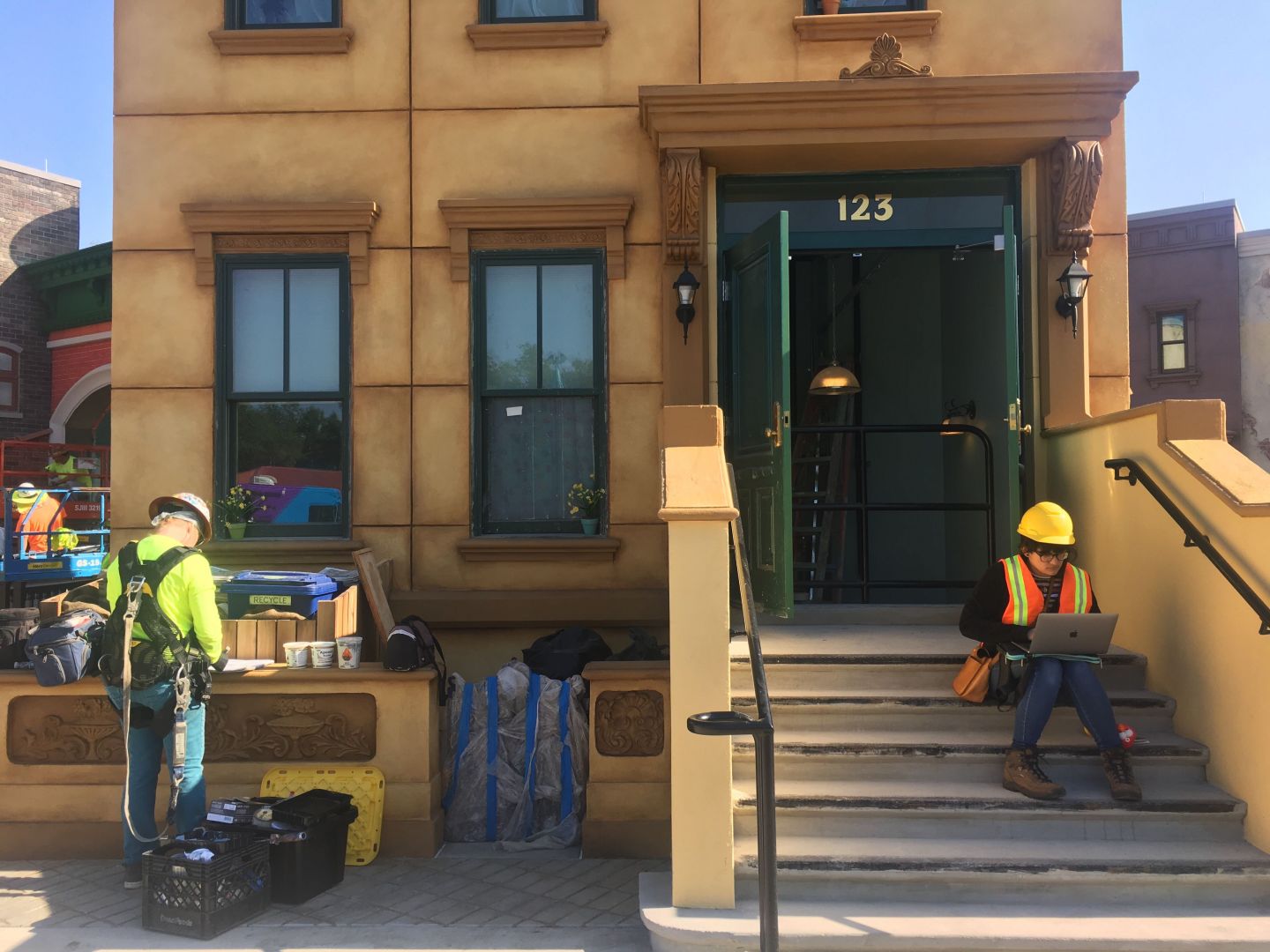 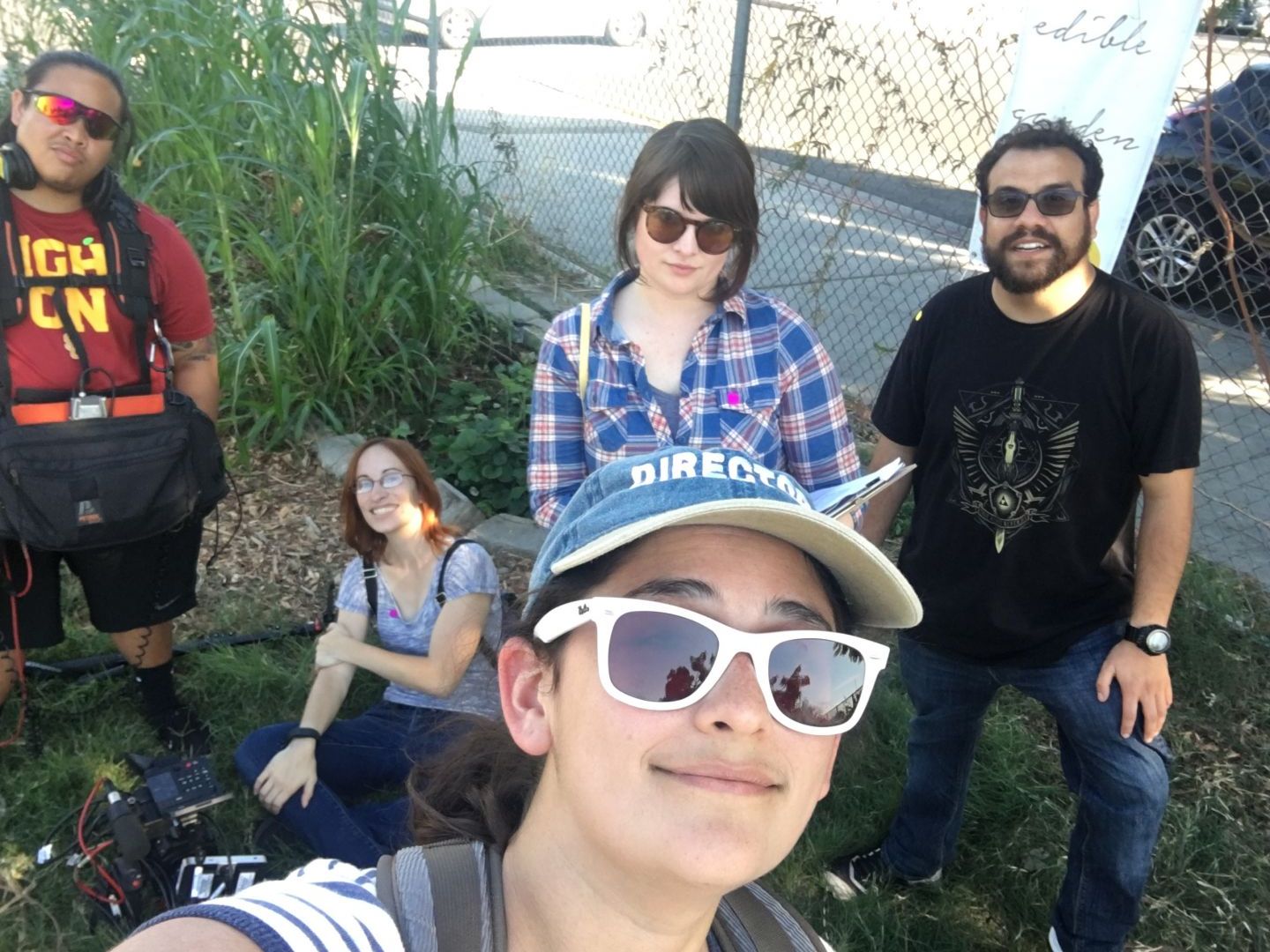 Shoutout is all about shouting out others who you feel deserve additional recognition and exposure. Who would you like to shoutout?
Behind any successful person is the team of amazing support that helped them get there, and for me, I’d have to say that this would be the individuals who have been extremely generous with their time to share advice and to help make connections to other great people to know or potential opportunities. In the past few years, I’ve really learned to look for mentors in a wide variety of folks- whether it’s a great teacher or instructor, a friend who wants to see you succeed, or a professional whose career inspires you. But also, I’ve gained just as much from connecting with people who are in roles that I don’t really see for myself necessarily, but who can provide some kernel of wisdom to help you grow as a person in this world. When I was starting out in the Themed Entertainment industry, knowing virtually no one who was actively working in the field, there was one person who agreed to sit down with me for an hour one morning and just listen to me talk about my story. She too had made the jump from film to the world of theme park and location-based experience design and we discussed the values and merits of either path. But what I remember most about that conversation was a moment where I admitted to her that I wasn’t sure exactly what role suited my skillset. She told me, very frankly, “It’s ok for you to tell me that, but don’t say that to anyone else,” and instilled in me the good sense to be confident in telling others what you’re setting out to do and not to ask permission from someone else to help define it for you. What I also gained that day, was more than a mentor but a dear friend. Someone I could recognize in a crowd at my first few industry mixers (which in an industry as tight-knit and small as mine, is a complete lifesaver). I didn’t walk away from that meeting with a lead on a job, which I think can be a common, yet shortsighted way to look at networking and building relationships and connections. Instead, I came out more grounded in my purpose and intentional with my approach to gaining a footing in my chosen industry. I’ll always be grateful to my friend, Susan Beth for that.