We had the good fortune of connecting with Duncan Coe and we’ve shared our conversation below.

Hi Duncan, can you tell us more about your background and the role it’s played in shaping who you are today?
I was born in Austin, TX and lived in and around the Austin area for the better part of 32 years before I moved to Los Angeles for work. When I was growing up there the city was still very much a large town… the tallest building was the Capitiol so I’ve seen the full evolution of Austin from a hippie Mecca to technological one. I went to high school in a little town southwest of Austin called Wimberley — they were renowned for running one of the most successful public High School Theatre programs in the state and my Freshman year we were the UIL State Champions in the 3A division of competitive one-act play performance and returned to state competition all four years of high school (this is the same governing organization that runs the state football program so it was kind of a big deal). My summer vacations were spent mounting and performing two full-length Shakespeare plays in an outdoor amphitheater — I think I performed in over 14 period Shakespeare plays before I was 17. My senior year of high school my father was killed in a motorcycle accident which put me in a pretty depressive spiral that lasted through most of my 20s. I ended up going to college close to home — I attended St. Edward’s University in Austin Texas — again a unique experience as their theatre program is one of only 9 (may be more now) universities in the country that offered points towards the Actor’s Equity Association (AEA) the professional Actor’s labor union. I went heard on theatre before taking a hiatus my junior year to travel the world. I live in Côte d’Ivoire for a spell which was an illuminating experience. I witnessed both the depths of human depravity and the heights of goodness and virtue all at once. After returning to the states I completed my degree, got burnt out on theatre, worked in the corporate world, realized I missed art, then quit and started freelancing as a social media strategist to support my writing, acting, and filmmaking career. My writing has a tendency to be a bit dark, sardonic, satirical, and introspective and I’m attracted to roles that are complex and nuanced. 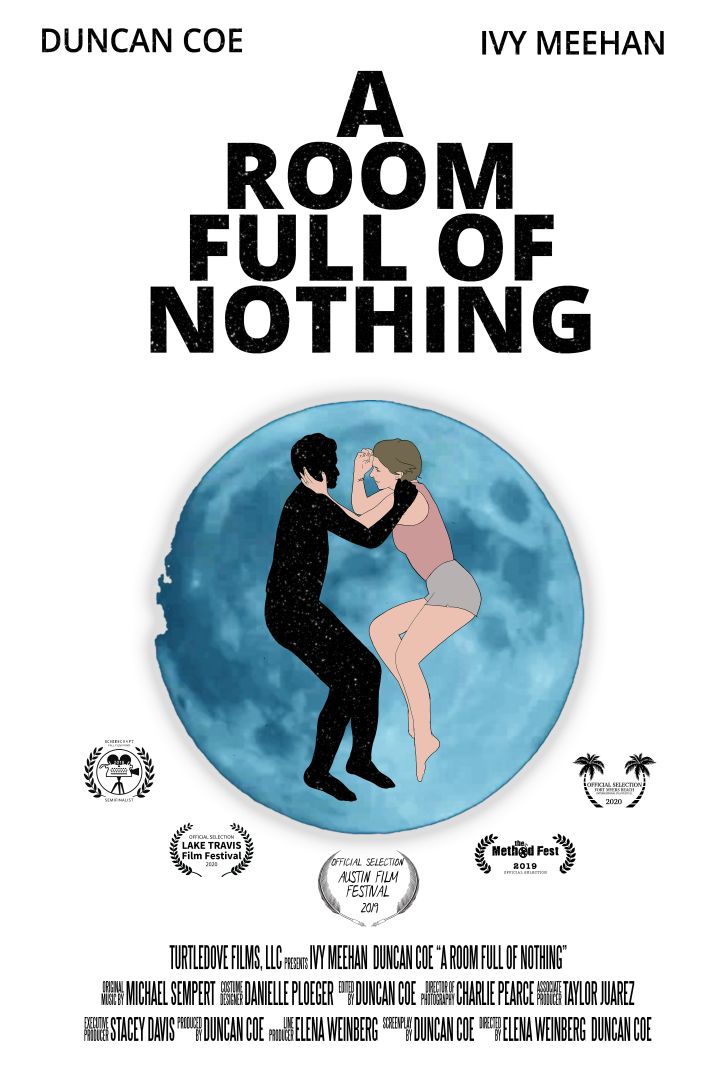 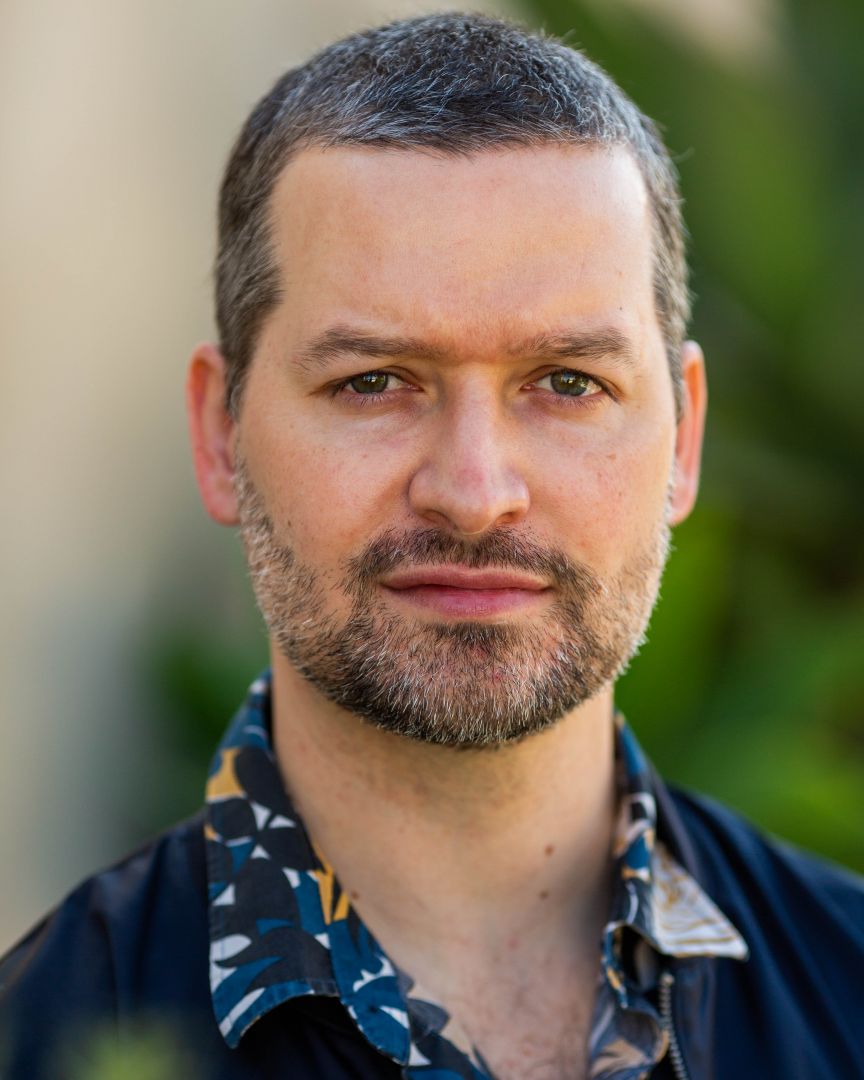 Alright, so let’s move onto what keeps you busy professionally?
My art has a tendency to be very bleak and bitter. I started writing plays in high school and continued into college. You could say I was shaped culturally like a typical millennial. 9/11 happened my sophomore year of high school and all my older friends started shipping off to fight in Iraq and Afghanistan. By the time I was graduating college in 2008 the financial markets crashed and there was no work for a 20-something with a liberal arts degree. I worked 3 jobs simultaneously the summer after graduating and was clocking over 100 hours a week just to make rent. I was embittered, exhausted, and depressed and my artistic work tends to reflect that sentiment. I had given up on an artistic career and was working a corporate job for nearly 3 years before I started getting the artistic itch again and began writing my own short films to also act in and direct.

I had heard about a screenwriting competition which was free to enter at the time called “Jameson First Shot” which was sponsored by Jameson and run by Trigger Street Productions (at the time being run by Dana Brunetti, producer of The Social Network). The premise of the competition was that anyone was allowed to enter a short film (no more than 7 pages) that they would produce with an A-list actor (Willem Dafoe, Maggie Gyllenhaal, Adrien Brody to name a few) and if chosen you would direct it with one of those A-list actors. I thought this would be a great exercise for me and a longshot if I got in but at least I tried. I wrote a short and submitted it… but if I was to magically get selected as a finalist then there was a step in the process where you would have to demonstrate your skills as a director. I had none. So I started making short films. That first year I made 12 short films altogether. Writing and shooting one a month. That filmmaking boot camp I put myself through paid off because… although I didn’t get selected that first year, the second year I was a finalist and got to pitch my script to Uma Thurman… which is as nerve-racking as you can imagine for a 25-year-old acting student. I didn’t get selected that year either, but the experience gave me the confidence and justification I think I needed at the time to pursue a film career seriously.

Now, nearly 8 years later I’ve written and produced a feature, landed some co-star roles, and am working professionally as an editor while my acting career takes off. That being said, my art tends to reflect the darker times… at least that’s where I draw the juiciest of inspiration from. Getting to this point was not easy… there’s always that voice in your head that says you have imposter syndrome but I have to constantly remind myself of the wins and that keeps me going. 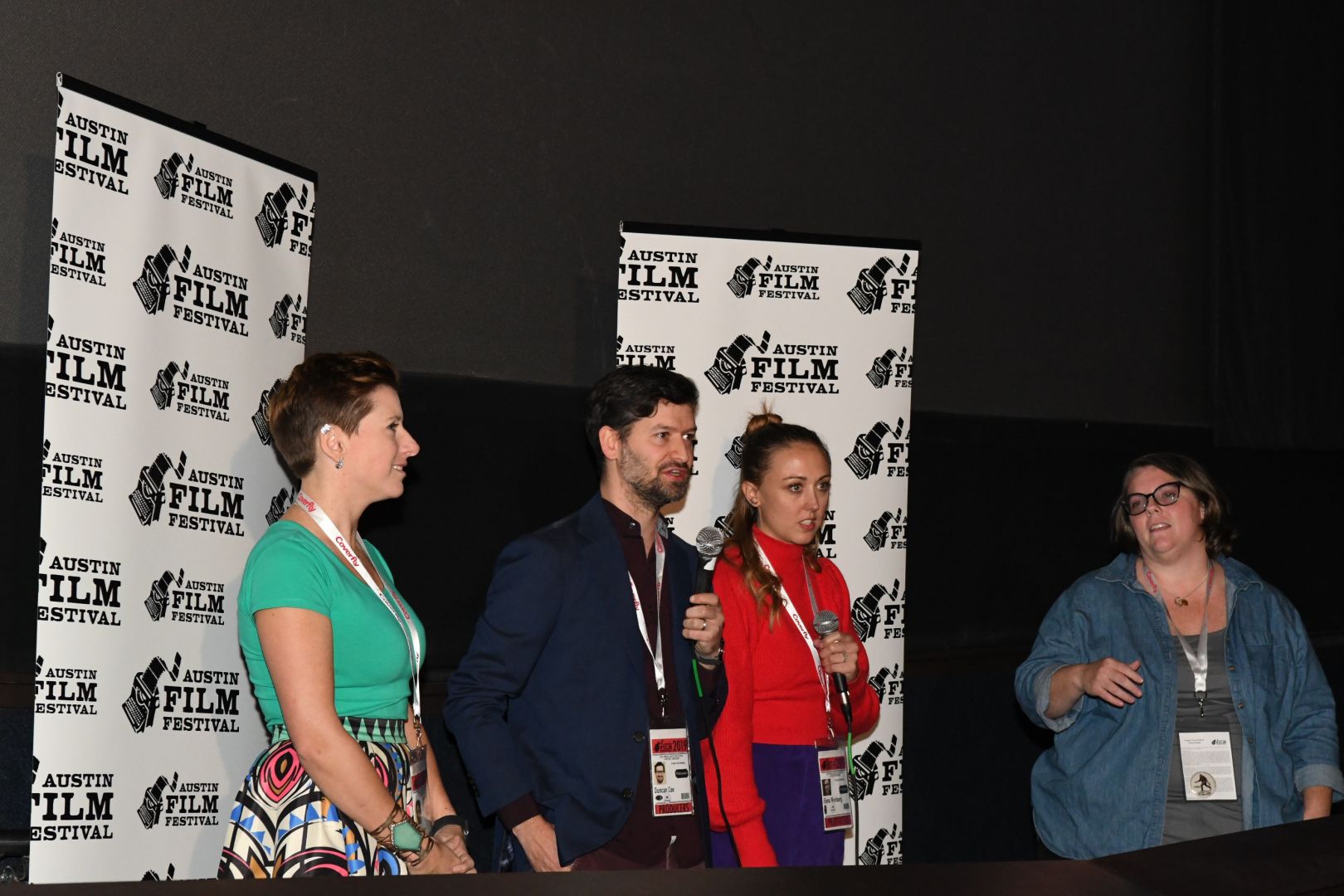 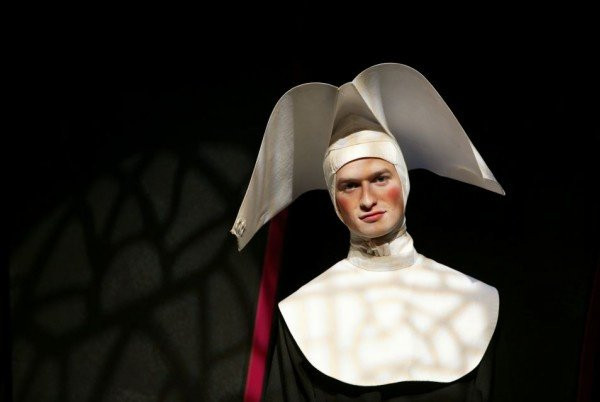 Any places to eat or things to do that you can share with our readers? If they have a friend visiting town, what are some spots they could take them to?
I’m going to use Austin since I lived there for 32 years and I’ve only been in LA for 2… so here’s the things we’d do in Austin:

Day 1: Breakfast at Torchy’s Tacos (I get the Democrat and an order of queso), picnic lunch at Auditorium Shores with food we bought at Central Market, a mid-afternoon swim during the hottest part of the day at Barton Springs pool, then we’d pop over to Uchi for sushi for dinner and then finish the night at Wine Bar off Lamar.

Day 2: We’d start at Kerbey Lane for breakfast on our way out of town (we’re doing a day trip today). We’d go to Dripping Springs outside of Austin and hit up Hamilton Pool for a swim, hit Deep Eddy brewing for some drinks on our way back into Austin, and finish the night at Magnolia cafe where I’d eat the Neptunian Landscape (usually an appetizer) as my main course.

Day 3: We’re doing a little history tour today… We’d start with tacos and coffee at Radio and Tacos Vera Cruz. Then we’d go downtown and visit the capitol grounds where I would inevitably explain the Six Flags of Texas to them, then do Easy Tiger for lunch, grabs some drinks around 6th street (maybe even go to the east side to a dive bar like Shangri’la or Liberty Bar), then get burgers for dinner at Casino El Camino and then walk over to the Congress bridge to watch the bats (the largest urban bat population in the world?) as they fly out at night to go eat, then head over to my favorite speakeasy Firehouse Lounge for drinks.

Day 4: We’d head down to my “hometown” where I went to high school, Wimberley. We’d start with breakfast at Mima’s tacos. Then tour the shops at downtown before getting lunch at Community Pizza, then we’d pop into Jacob’s Well for a swim (we do a lot of swimming in lakes and rivers where I’m from) — but when I was growing up it was private property and you had to trespass to get in there so if felt real risky and thrilling, then we’d pop over to Vista Brewing in Driftwood for some amazing beer before heading back into Austin for dinner and a movie at Alamo Slaughter (where I used to work Back Bar).

Day 5: This time we’re heading down to San Marcos (where my wife is from)… we start with breakfast at Blue Dahlia (where we got engaged), then head over to Sewell Park for a swim in the San Marcos river, do lunch at Alvin Ord’s Sandwich shop, pop into Tower Records to buy some CDs… yes, CDs…. and then finish with dinner at Hopdoddy (now open in SM although it started in Austin) and then finish the night out with with drinks and late-night snacks at Aquabrew.

Then you’d have to come back for another week where we’d do all the other stuff I couldn’t fit into this week. lol 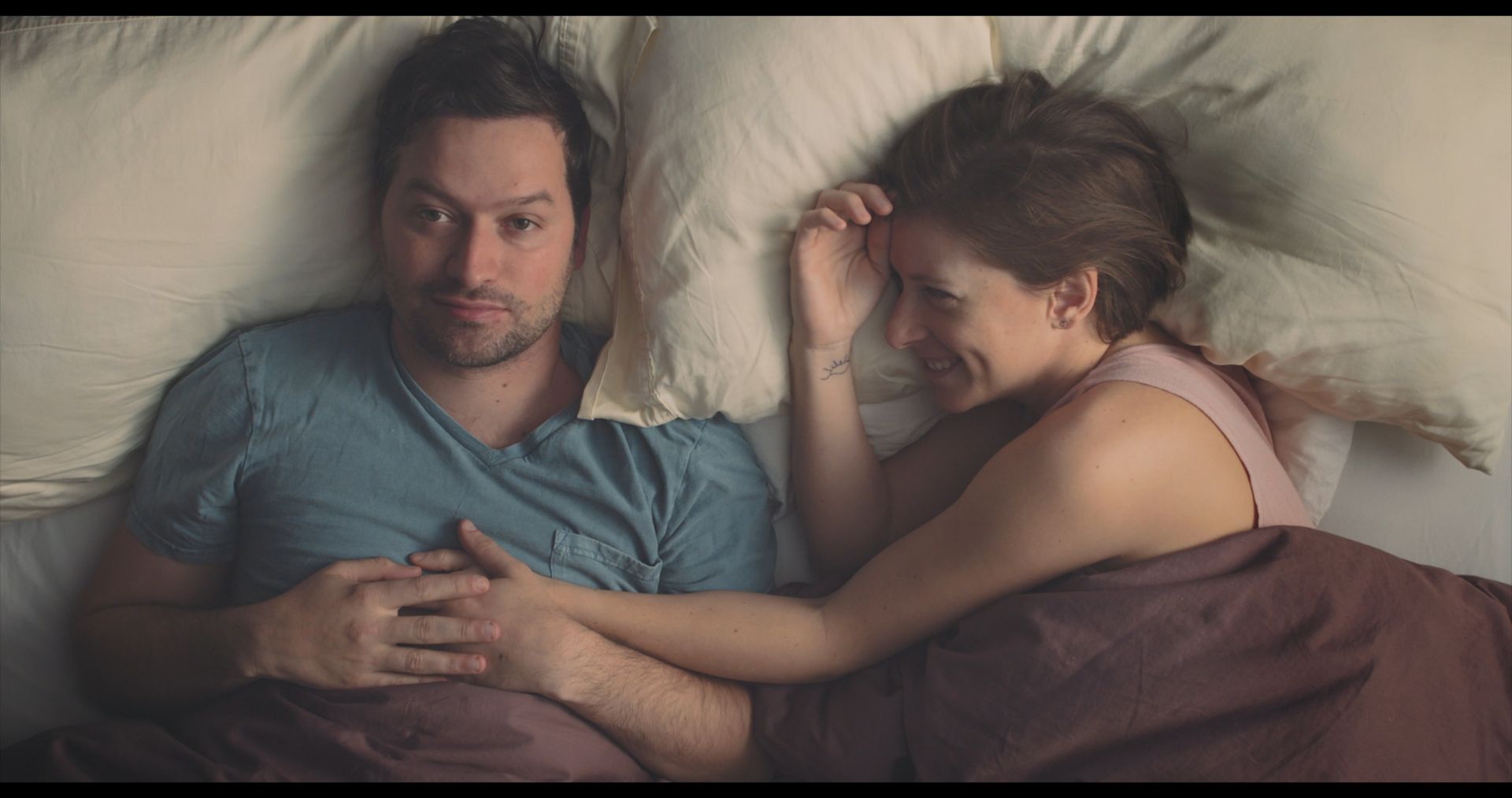 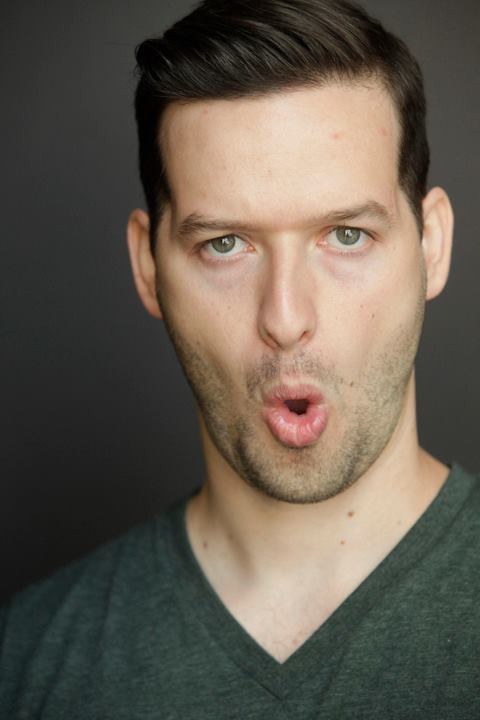 Who else deserves some credit and recognition?
I’ll dedicate this shoutout to my high school drama teacher, J. Gary Wyatt. He treated rehearsal like football practice and performance like surgery and I wouldn’t have the discipline I have today without his guidance. 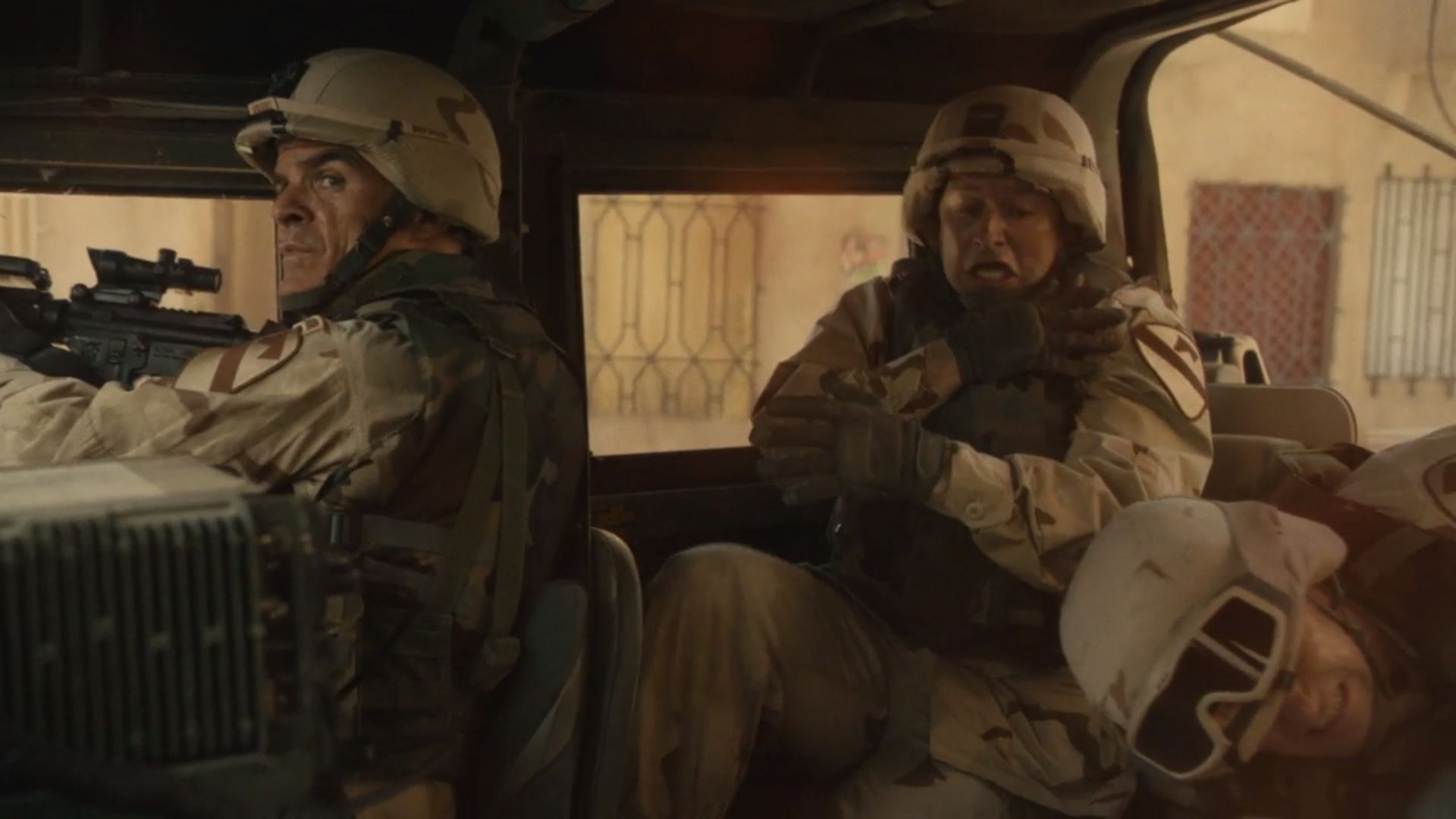 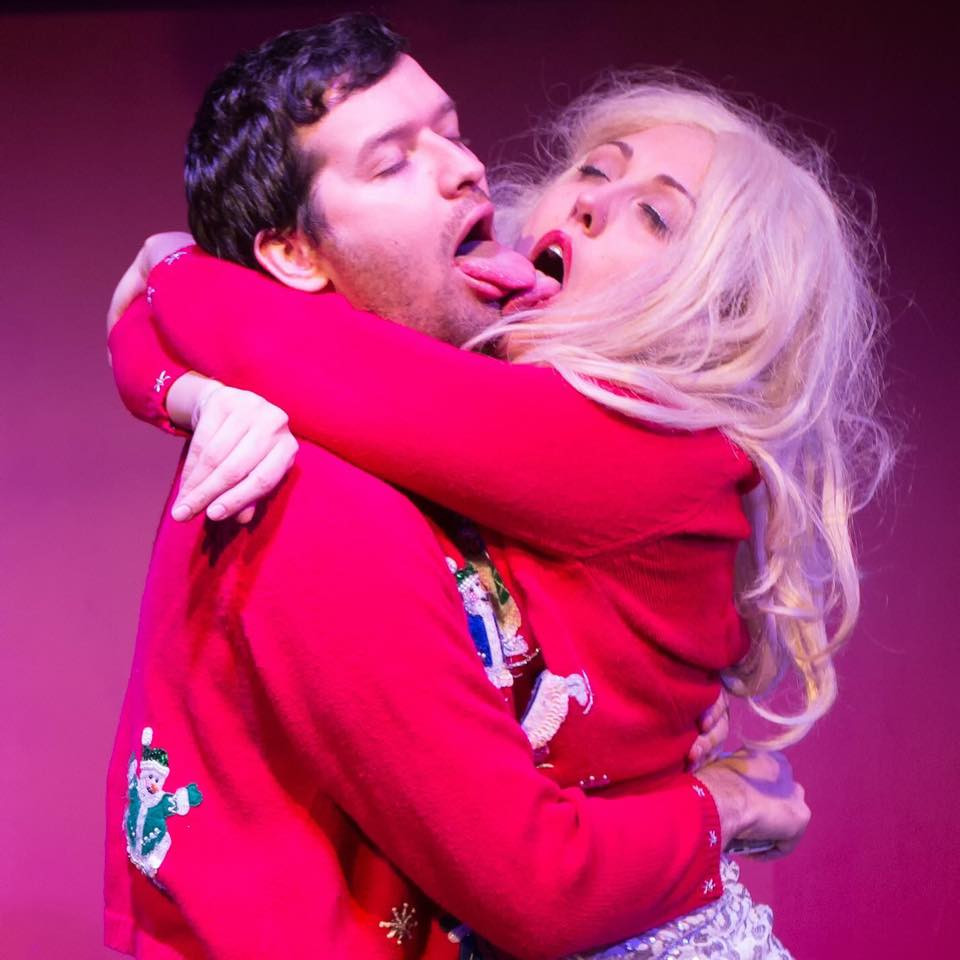 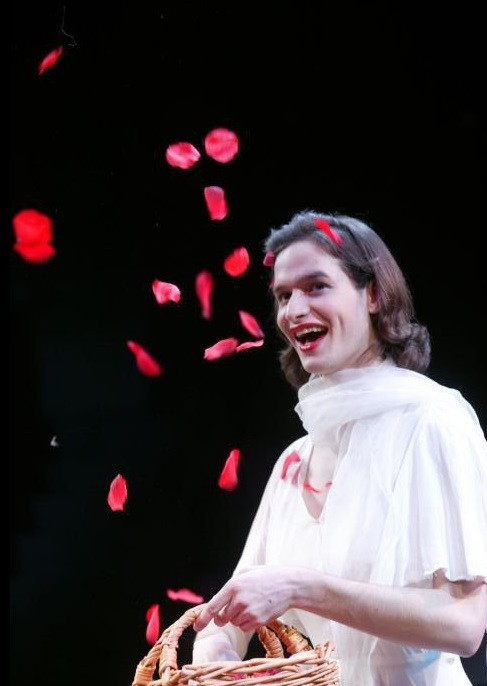