We had the good fortune of connecting with Eddie Torres and we’ve shared our conversation below.

Hi Eddie, we’d love to hear more about how you thought about starting your own business?
Well, there were two major factors played out in the motivation of starting a business. First was I was working in corporate America for nearly thirteen years as a supervisor. It was full time job which I started 1 year after being married and a few days after my son was born in 1987. It was a good and secure job but at the same time I was coming home to start working in my studio. I was producing music into the late hours of the night. Loved it but the two jobs as well as the additional music events I was responsible for away from the studio was just allot to juggle not to mention little hours of sleep at times to start over again the next day. Meeting client schedule demands also played in having to take personal time off from my corporate job. So generally speaking creative work hours can at times be off the wall meaning it maybe in the evening or in the daytime and many times while most people sleep what I call Red Eye Sessions. It was exhausting, but I had some much passion for music making, The second and most important reason for starting my business was what It was taking from me. Marriage and my two children were honestly suffering from the minimal time I had available to them because of my two jobs. The decision to leave corporate America was a decision that my wife and I felt was necessary to offer a balance of home and work. Not an easy to decision to walk away from a secure job after nearly 13 years of service but It was a vital decision for my family and musical career. I wanted to be part of my children’s life from their early ages and maintain a solid relationship with my wife I knew starting a business was a healthy decision. Best decision ever!! Not knowing much about starting a business I consulted a business attorney to help me with the process and it was the best money invested. He walked me through the various options to consider from what type of business to how to get setup for a business bank account. Also getting my business name registered to getting that tax ID number. Yea we need to pay our taxes too. Got my DBA (Do Business As) license in 2002 and I’m thankfully still at it. 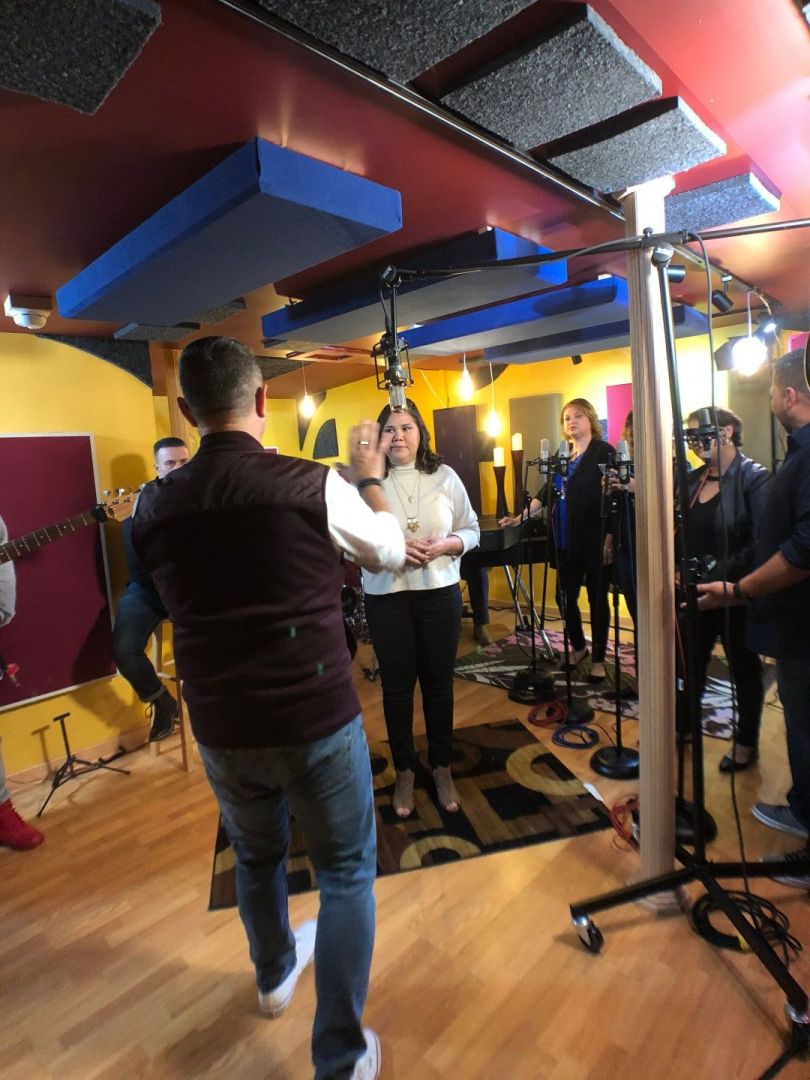 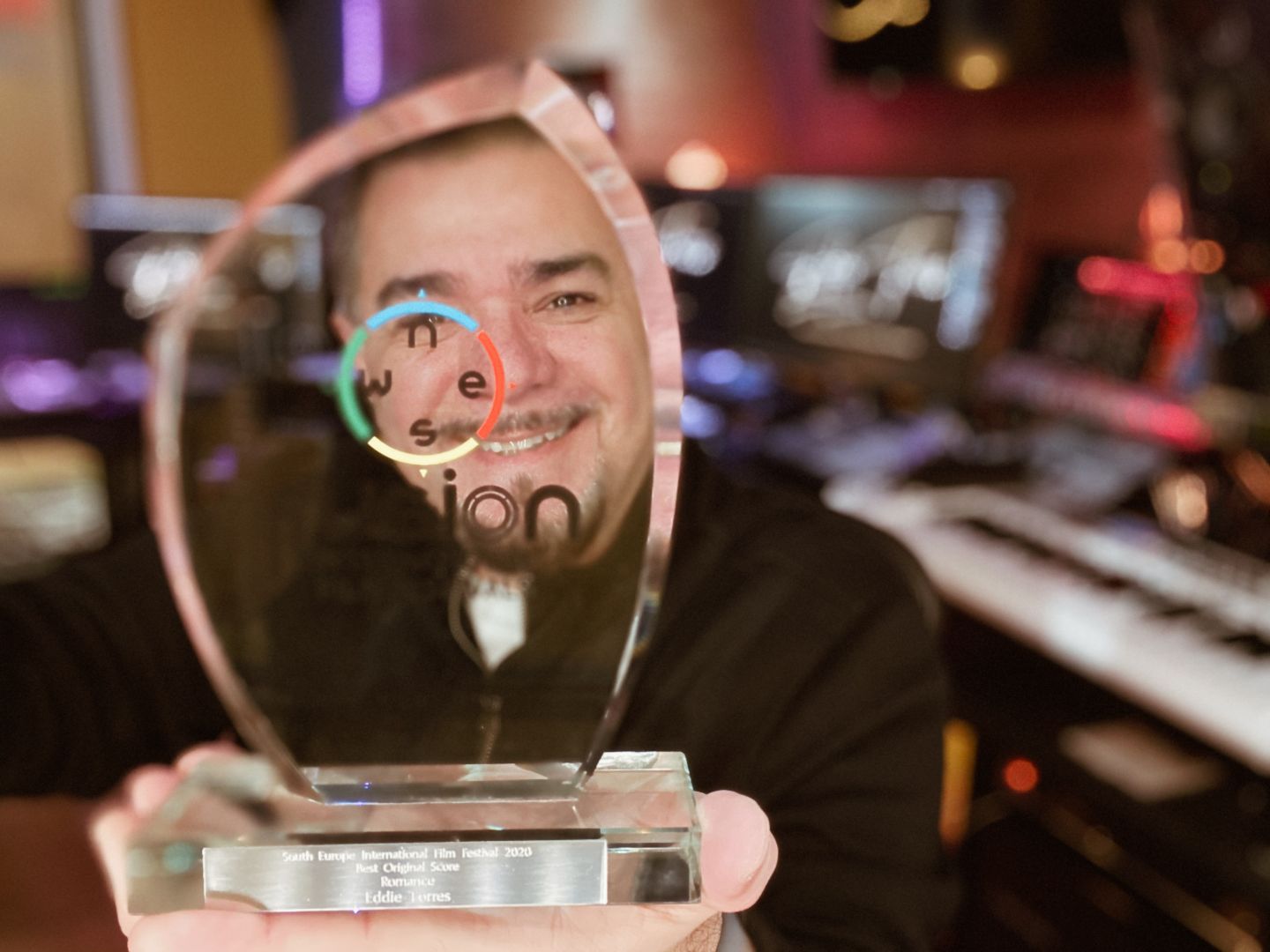 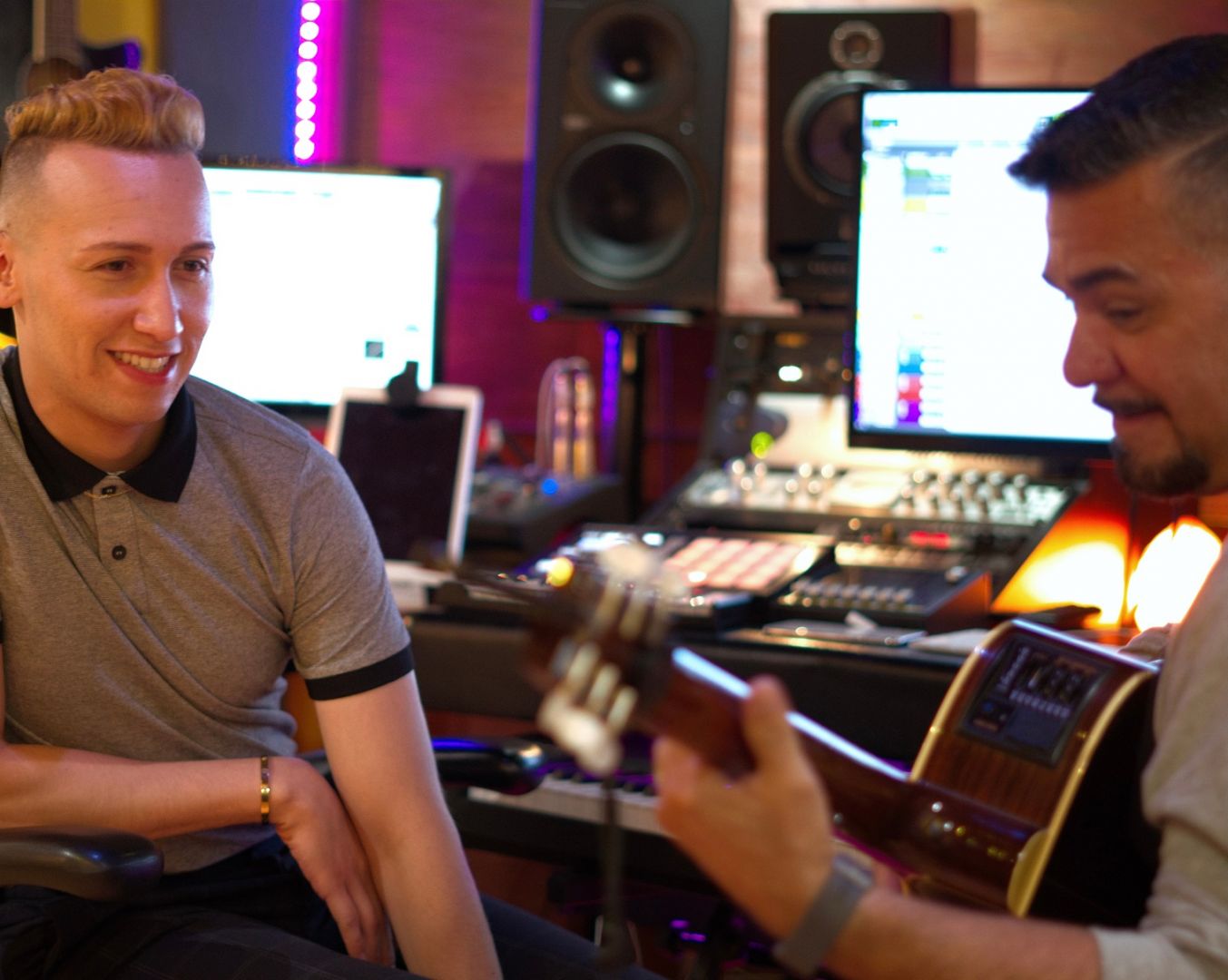 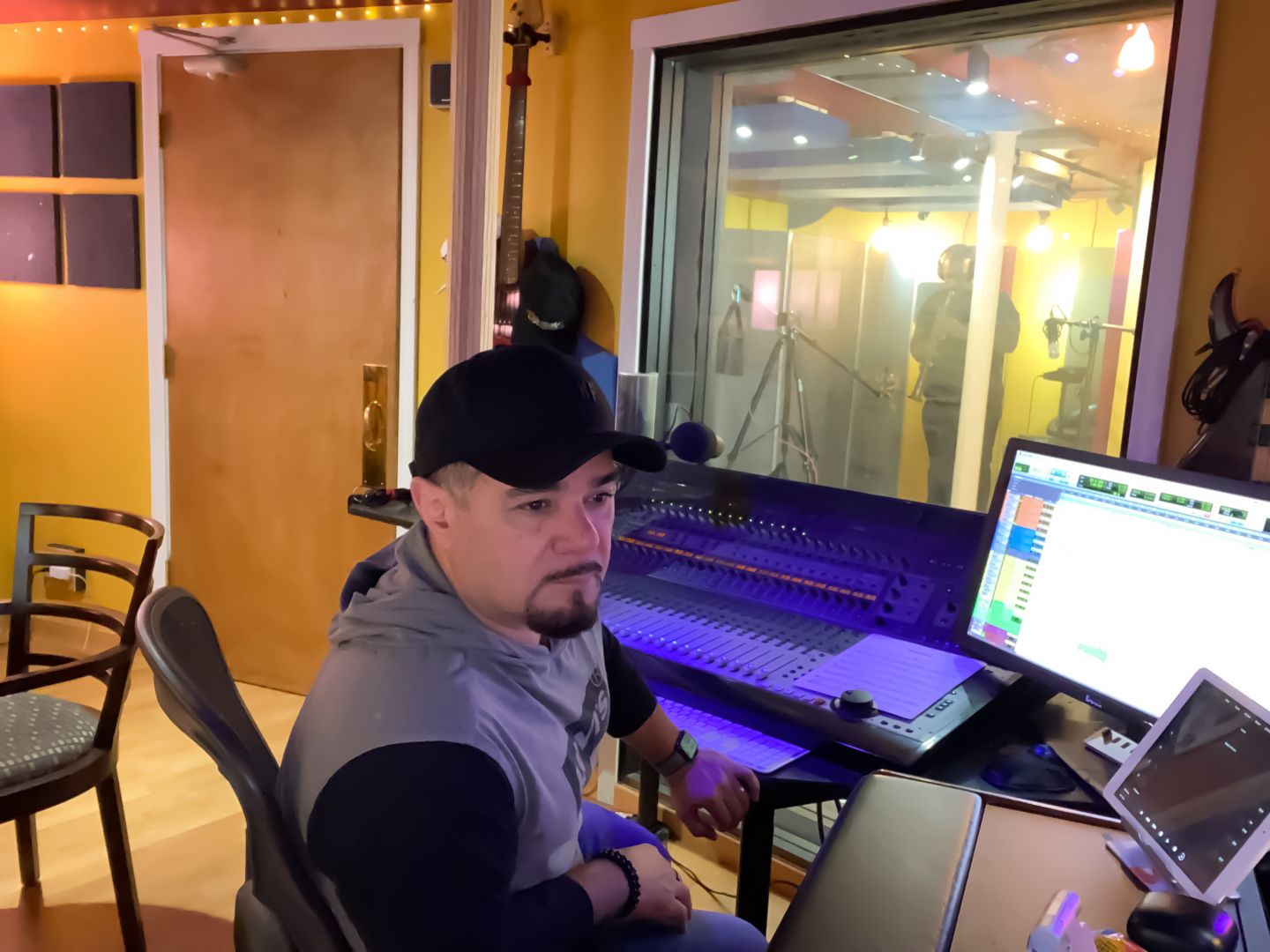 Alright, so let’s move onto what keeps you busy professionally?
I started at the age of 9 with the $26 guitar my father bought for home. Twenty six dollars was a big deal in our humble upbringing. But then navigated to electric bass at 10 and on stage by the age of eleven. Started playing events and recording sessions a few years later where I got inspired to learn more about studio work. Then later in studio projects I got my first opportunity to score a feature film and from that point on making music for film became a big love for what I do. Connecting with clients on a more personal basis has really worked for me. They’re are many greater composers/musicians/music producers out there but understanding and connecting with clients on a more personable way has helped first by creating a good working vibe then understanding their vision of music for their project in a better way. Plus they’re more likely to being forgivable when you don’t get it right the first couple times. All about a good relationship. Also being a person of integrity has played a big part of success in my career. I dedicate what ever time needed to my clients happy with the outcome. Being a good communicator has open doors for me as well. I need to know I’m getting the work done the way the client wants. Yes I am regular trusted with my ideas as well and have had success with that but ultimately its about my clients. My pride is secondary or goes to the bench. Where I am today professionally is because of my constancy in working on always being better at what I can do. This comes from what I give my clients to the equipment I use to get there. Always sharpening my business ethics, my skills and how I treat clients. Someone once said in a review about my work “He strives to understand each unique project and delivers 100 percent” Now for my film composing it was a different ball game. I fortunately got my first break on an international film by a producer & director who heard about me and my work from some friends. But at the end of the day they needed to know I could deliver what they wanted in film. So I had thirty days the score a feature film in two languages. So I dedicated over eighty hours a week and worked through the night (Red Eye sessions) to get it right and for more film opportunities. It worked!! Not only did it work and was appreciated by the film director (Renjilal Damoran) but the movie received several awards for Best Picture but also several awards for Best Original Score” and other awards as well. It was a success! One of the film writers said after the film was released “We realized the the world of music is beyond any culture and we feel really lucky having you as a part of our film” This has made it a little easier in my music career for opportunity but I still work hard at what I do. No slow downs here. What I want people to know about me and my brand is that like It didn’t come easy to me. I’ve learned to understand the value of being consistent in my day to day work. My love for my work almost came at a big cost of almost loosing my family. I figured out how to balance life and work and I’m rewarded now by it because I have both now. Family and work. I want people to know a brand has integrity. It stand for what it believes in and I’ve learned to except my name as a brand, a good brand, a brand that people can trust. I might not get it right the first time and maybe even the second but I will keep at it till its right. Thats been my story. What I’m proud and excited about now having committed to my work are some of my accolades. Four awards for “Best Original Score” and Three Nominations. My musical journey has also allowed the opportunity to serve as Grammy & Latin Grammy voting member. Even as I write this I write with a ear to ear smile as it has been a journey.

If you had a friend visiting you, what are some of the local spots you’d want to take them around to?
Well the Chicagoland is known for its food, Blues music and the city museums. So I’d start with some of my favorite fast food spots for lunch like Mr Beefs or Johnny’s Beef (a Chicago thing) for a juicy Italian Beef sandwich with some cheese and giardiniera peppers (The Best) or a nice Chicago Style Pizza like from Lou Malnatis or my local pizza spot Marios Pizza. Another spot for another day of food would be a juicy Chicago Hot Dog or Polish Sausage from (Jimmys Polish). Been around for nearly a century. I’d then go to one of my favorite museums like Museum of Science and industry or the Field Museum but the Art Museum might be in order to visit as well. Then to enjoy some music I’d take them top either the Buddy Guys Legends Blues club or House of Blues Chicago. Close the night with a walk my the Nany Pier and the Chicago Millennium Park in the downtown Chicago where the famous giant Bean sculpture is at. A drive on Lake Shore drive admiring the beautiful Chicago skyline on the way back. 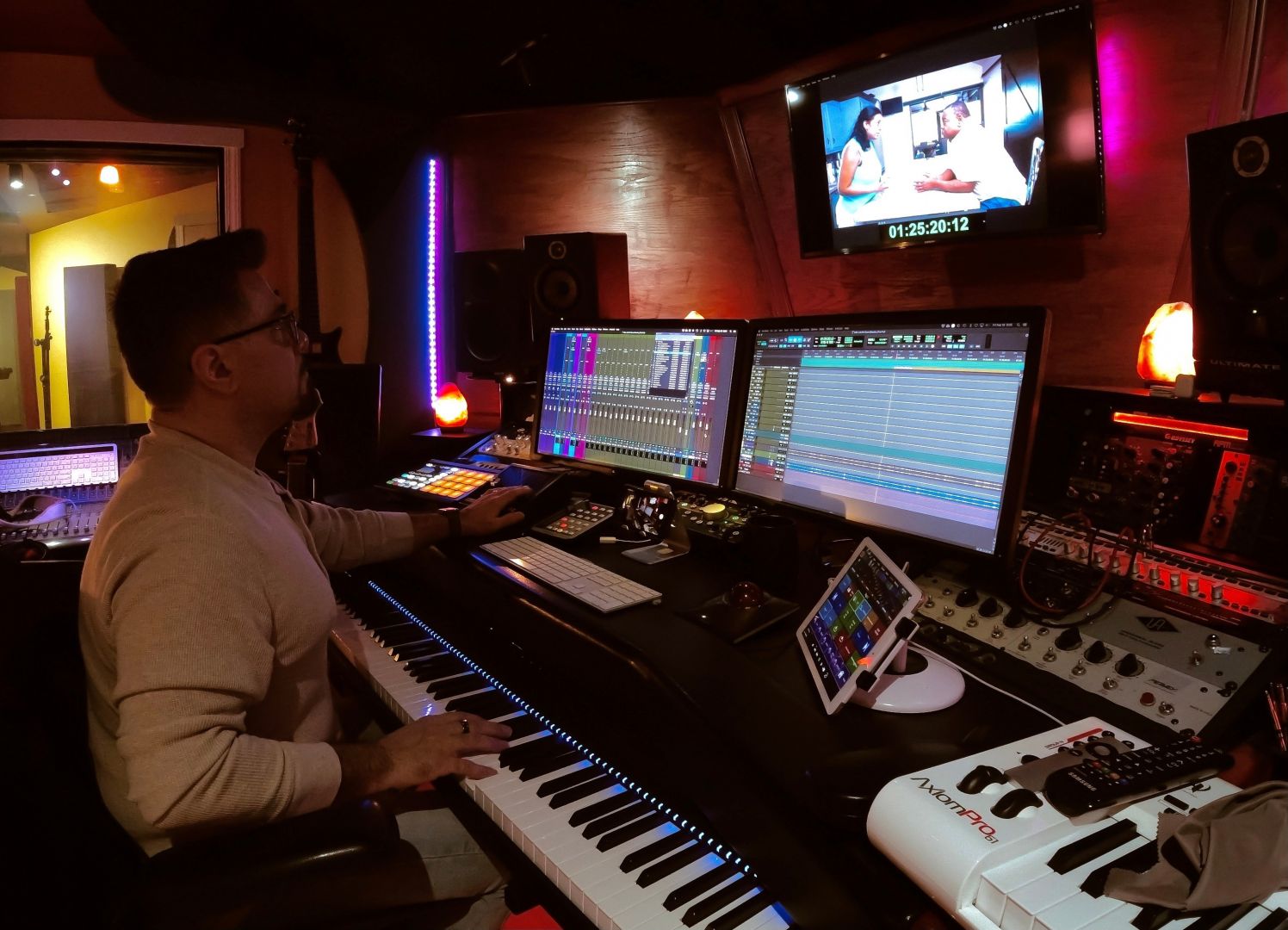 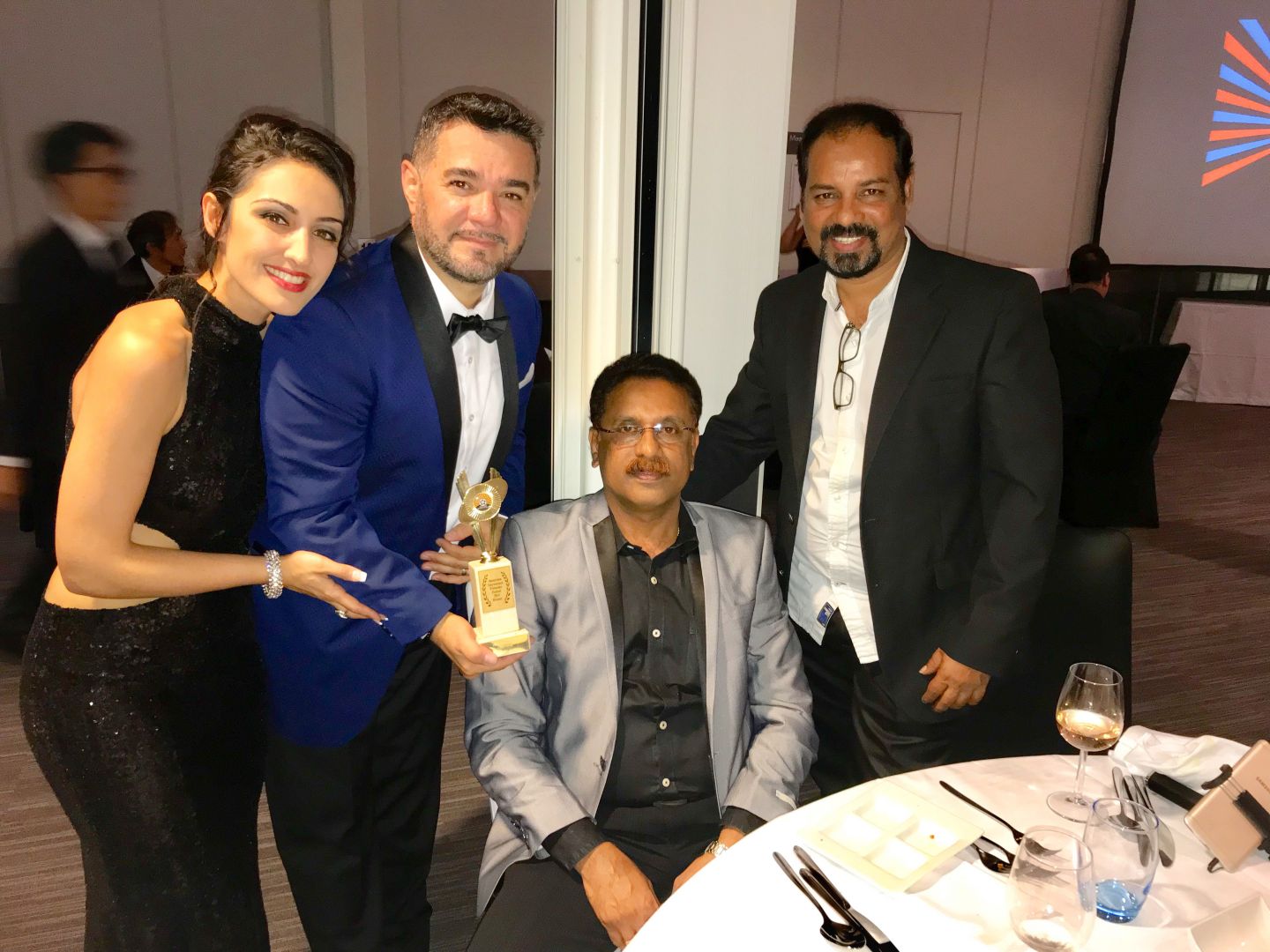 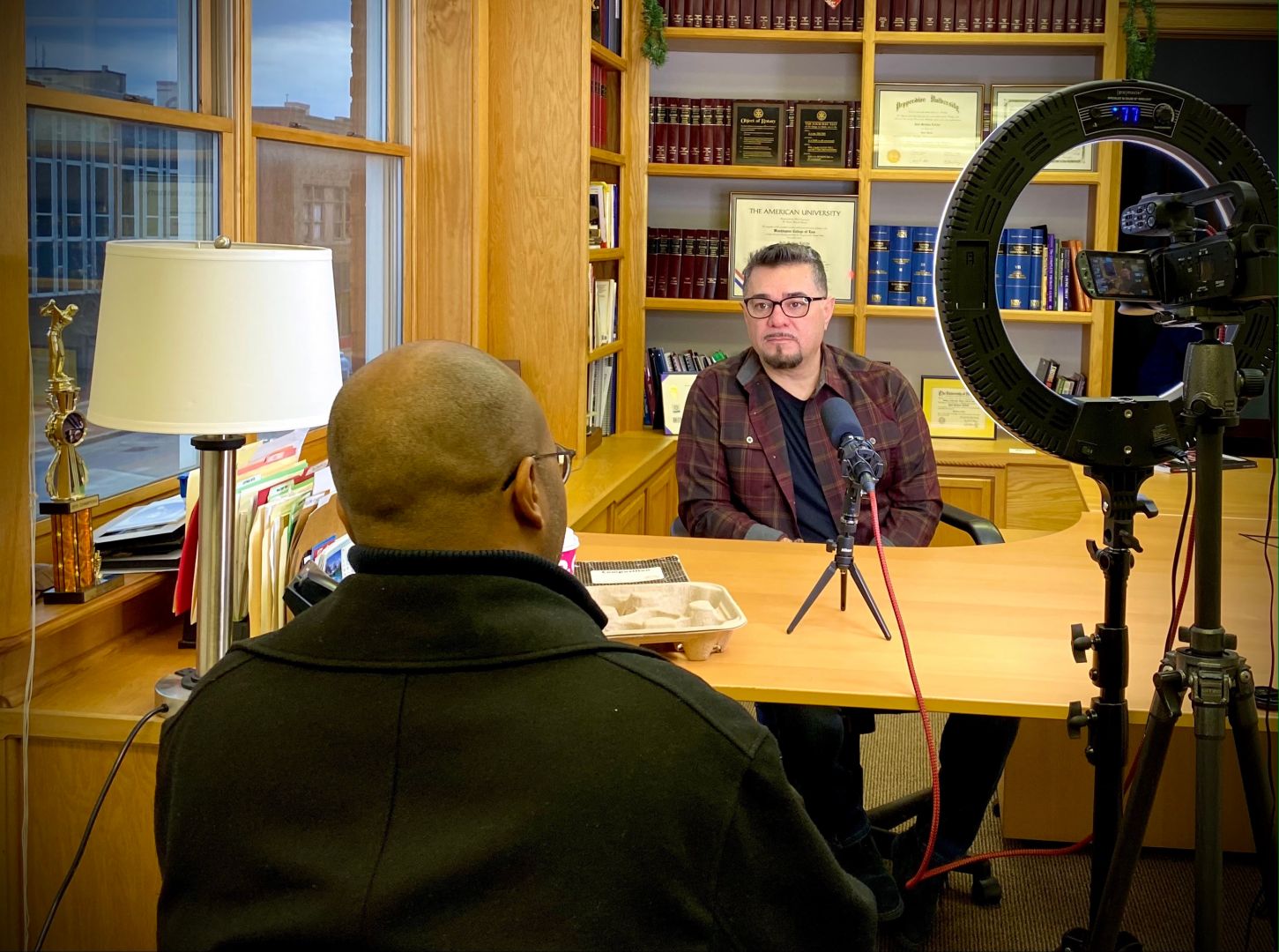 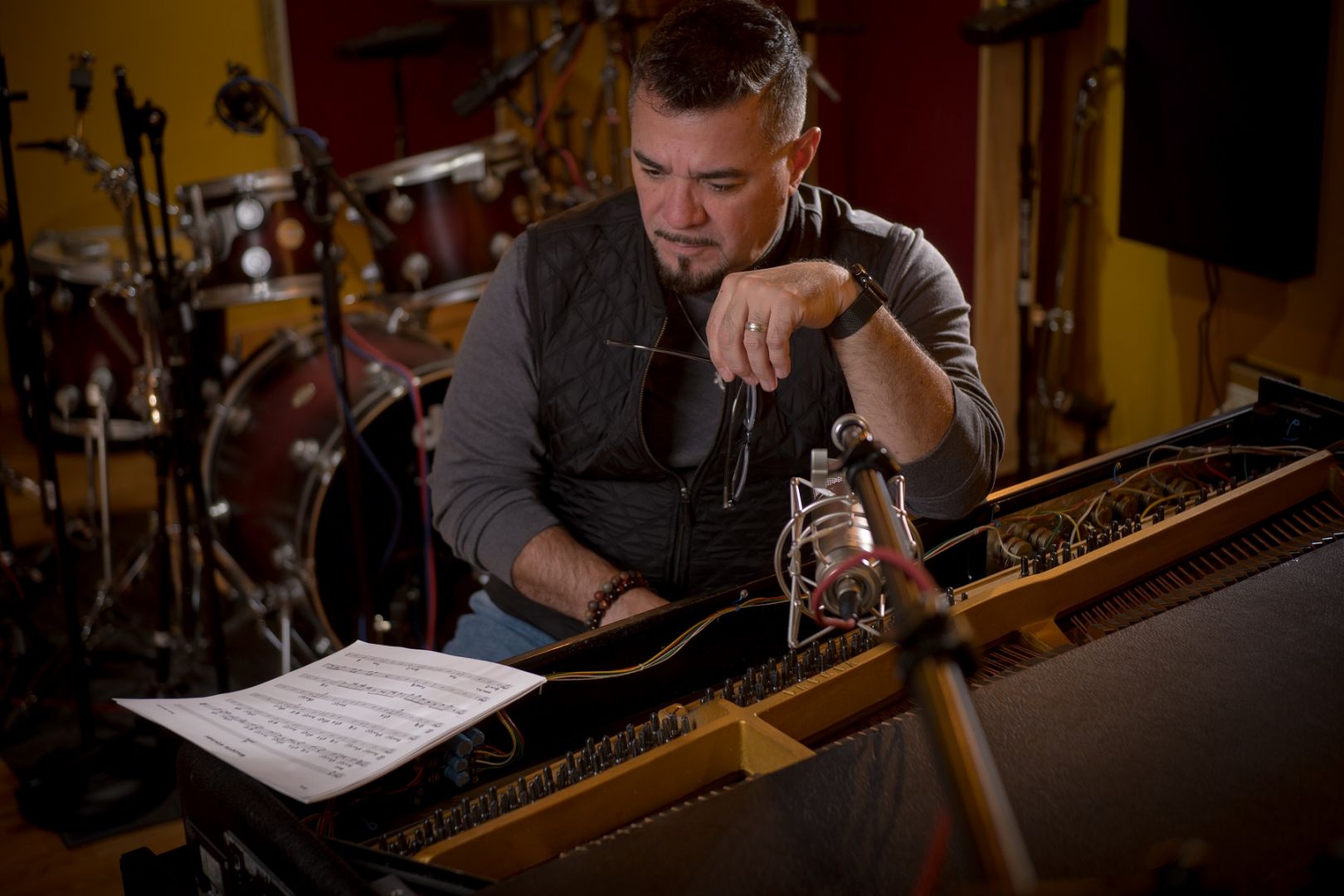 The Shoutout series is all about recognizing that our success and where we are in life is at least somewhat thanks to the efforts, support, mentorship, love and encouragement of others. So is there someone that you want to dedicate your shoutout to?
First God! He’s helped me take these steps of faith and to believe I can do this If I trust him. You gotta have a little faith in this. Keeps me going even when the road to success looks very slim. Then my super amazing wife Juanita and my two beautiful kids Joshua and Alexa. They are the main inspirations why I do what I do in my music career. They really are my fans and love to support my work. I want to thank my parents who bought home a $26 guitar which was the start of my music career inspirations. They’re proud of me till this day. I also want to acknowledge two long time friends who believed and saw more in my musical skill abilities then I did. Mr David Quiñones and Mr Sam Rodriguez. Encouragers, supporters and amazing professional musicians with in impressive resume of artist they have played with. Last but not least by no means, Denzel Washington! Well I don’t know him personally but have more recently been listening to his encouraging and motivating speeches and quotes and I truly am inspired and motivated being in the film industry. Wow! We need more true people like him in the industry.