We had the good fortune of connecting with Eduardo Ayres Soares and we’ve shared our conversation below.

Hi Eduardo, we’d love to hear about how you approach risk and risk-taking
I am absolutely sure that without risk-taking, I would not be where I am right now. We, as creatives, need to allow ourselves to get out of our comfort zones to experience the world in different ways, broaden our perception of life and society, and even simply expand our creative references. In my opinion, the comfort zone is the death of an artist, and it is an obstacle to reach their true potential and new opportunities.

Let me give you an example of risk-taking early in my life that had a huge payoff. Filmmaking as art has always been on my radar. At 16 years old I began a series of Adobe courses, and I began working with Graphic Design shortly after. I took a national exam called PROUNI in Brazil, and as I got a high grade, the Brazilian Government paid for my undergraduate studies in full, majoring in Visual Arts. These were the years where I developed a strong sense of aesthetics. This is the foundation of my skills as an artist. At the time, I was not inclined to take the test, as I didn’t believe I would be successful. I am glad I did.

However, I was deeply interested in technology and my main goal has always been filmmaking, but I had not been in contact with it yet. Still looking for it, I found a study abroad program sponsored by the Brazilian Government called Science Without Borders. Most people I talked with, told me there was no chance of me being accepted, as only the best in the country will get sponsored. I apply it anyway and got one year of study in the USA paid in full by the government. I studied filmmaking at two universities, Allegheny College and NYU Tisch. It was a big shift for me to leave Brazil behind and adventure into a completely foreign culture and into a different art that I was not acquainted with. Fortunately, this study abroad changed my life. I was able to grasp so many different areas of filmmaking, shot 6 short films that year, joined other 20 shorts as part of the crew. An amazing experience. Living in Manhattan is something that changes anyone too.

As a filmmaker, many of us have the focus on the final product, on a film that will change the world, and be a Sundance or Tribecca. However, having the focus on results can be a huge misfire; as the fear of failure kicks in, and the deception of expectations not being fulfilled piles up. A great approach is to use risk-taking as a tool to not “miss opportunities”. When I am facing an important decision that involves in taking risks, I ask myself, “Will I regret no trying it in the future?” If the answer is yes, I know I need to try it.

Risk-taking is not blind action towards dreams, but a calculated action towards your goal where you see tangible results and possible beneficial outcomes. It’s about the chance of something bigger happening, but also the recognition of how the “process of trying” enriches you as a filmmaker. We all grow when working with film. A great example is when I moved to LA. I planned my move to Los Angeles for 2 years and had it in my mind for 12 years prior. I used every money I had, left everything behind to sail to a city that I had been here only once. Through hard work, the first year pay-off incredibly as I double my income and network. Moving to LA was not an impulse decision, but the result of careful planning.

The biggest pay-off I ever had was at the end of my first year in Los Angeles, and my visa was expiring and I had to make a decision to try the O1 visa or move back to Brazil. It was one of the hardest decisions I ever had, as I would have to take a loan to pay for the 10k dollars visa, and have no expectation to receive it; and with no expectation that I could pay the loan after getting the visa. After a lot of thought, I decided to go with it, and try, even knowing I could lose all my savings and go back to Brazil empty-handed and with a loan to pay (that I would never be able to pay). Well, I applied for the visa, got it with no issues from the Immigration Department, and immediately got so many gigs and jobs, that allowed me to pay my loan in the same year. Now, I am here in Los Angeles working non-stop for different companies and making half a dozen figures a year This is a jump to me since I was eating canned food 3 years ago before coming to Los Angeles on a 14k year salary. This was the direct result of calculated risk-taking, getting out of my comfort zone, and just trying to reach out to people and to new opportunities. It’s a hard-working effort, indeed; and constant work. 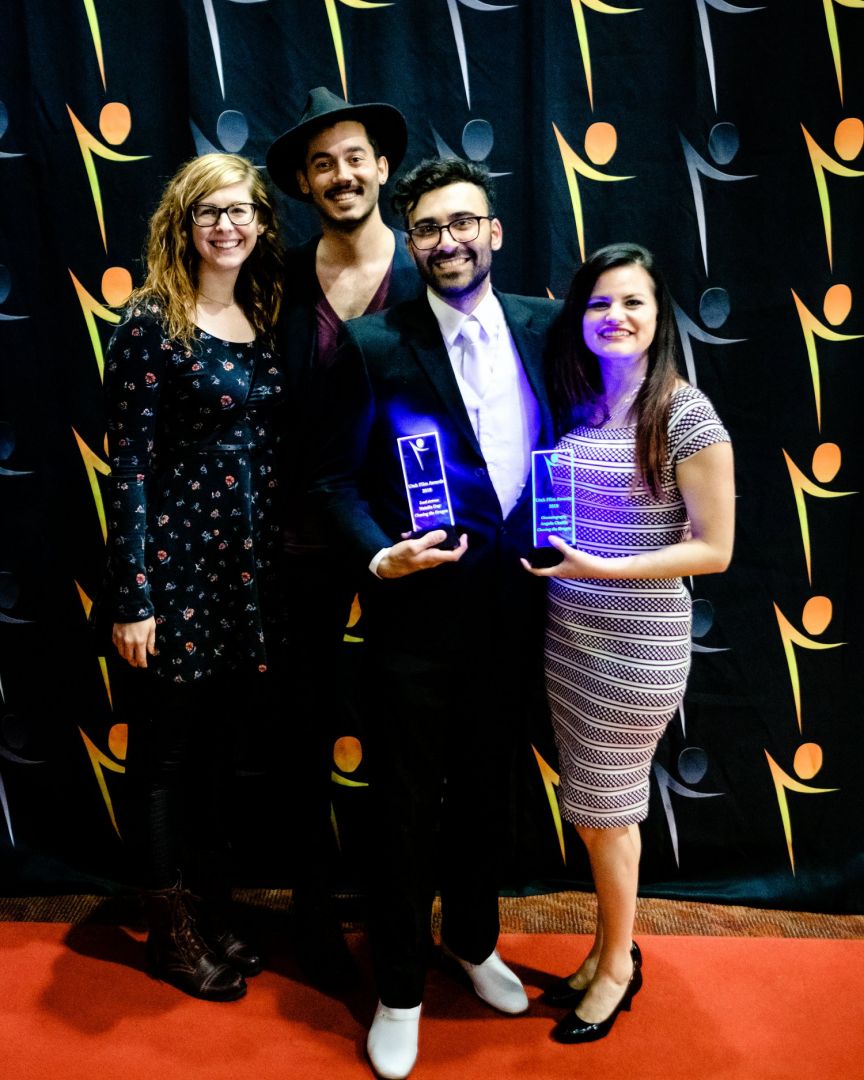 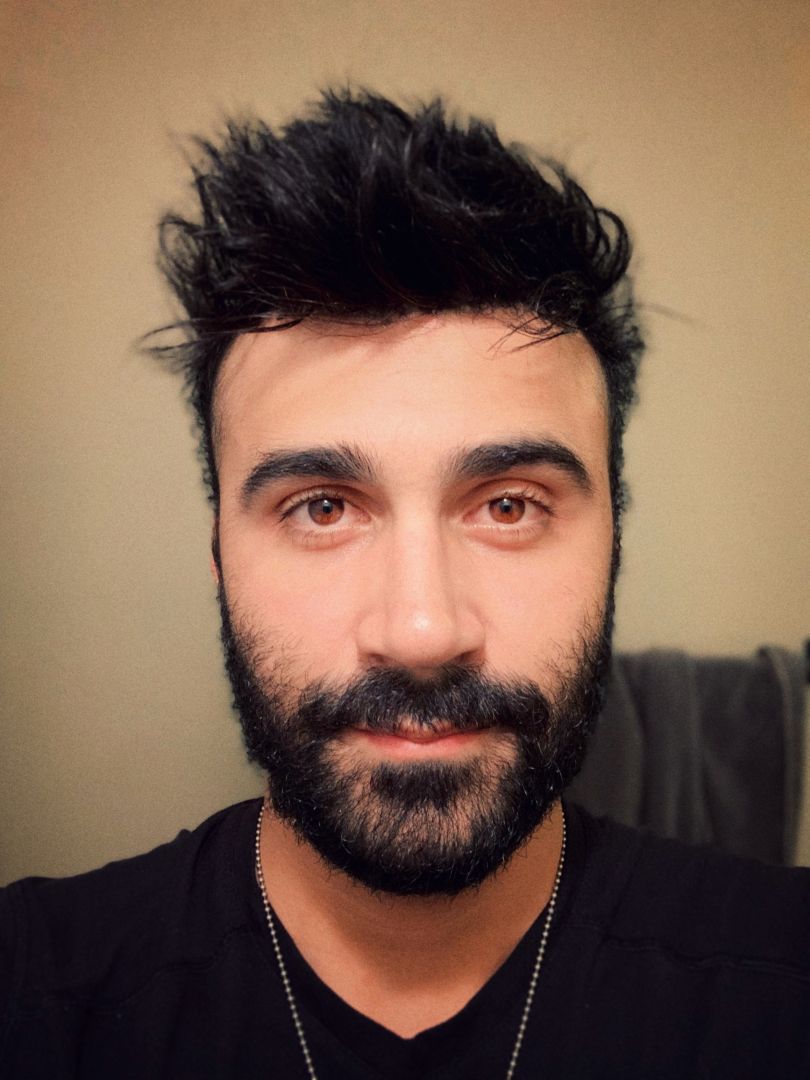 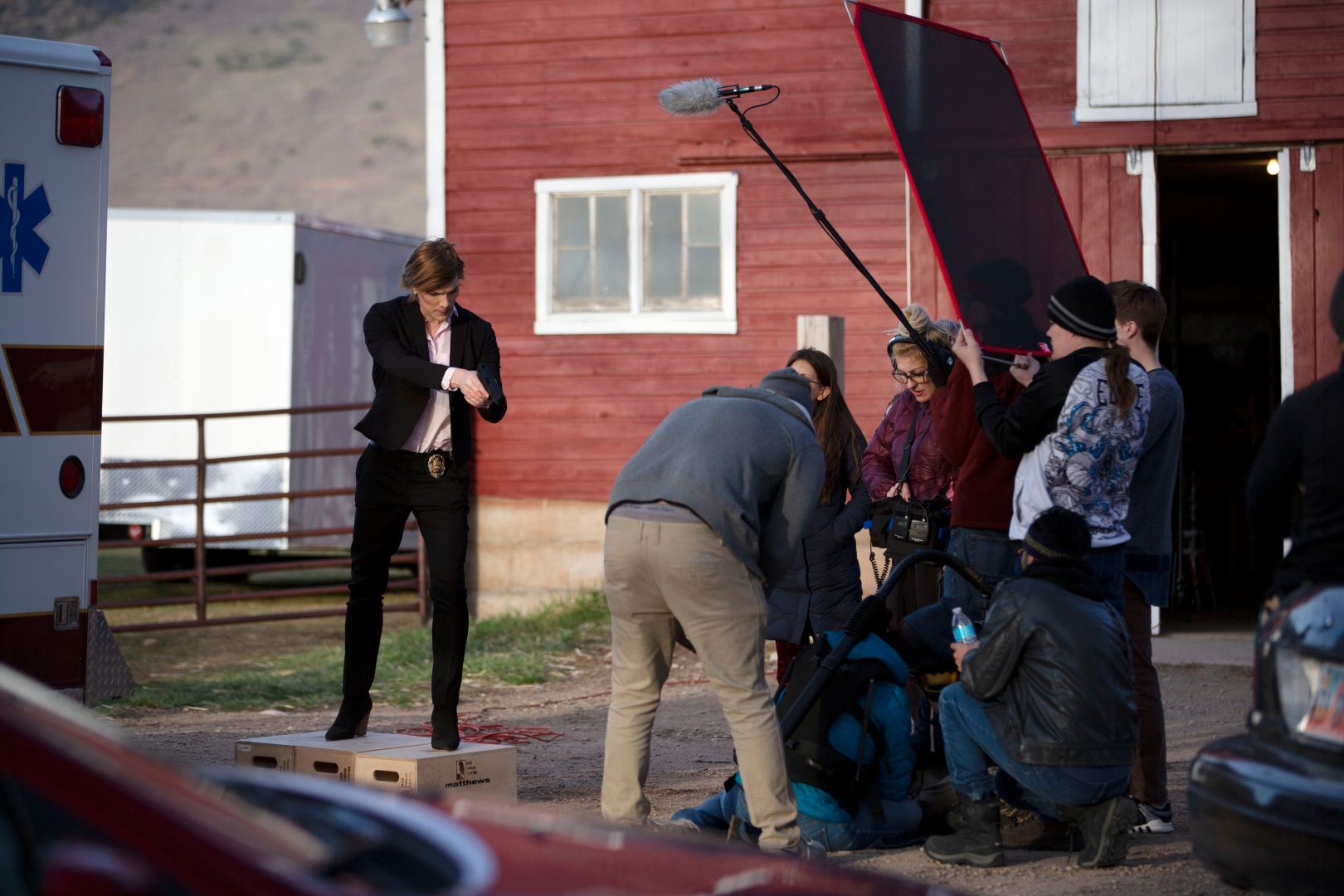 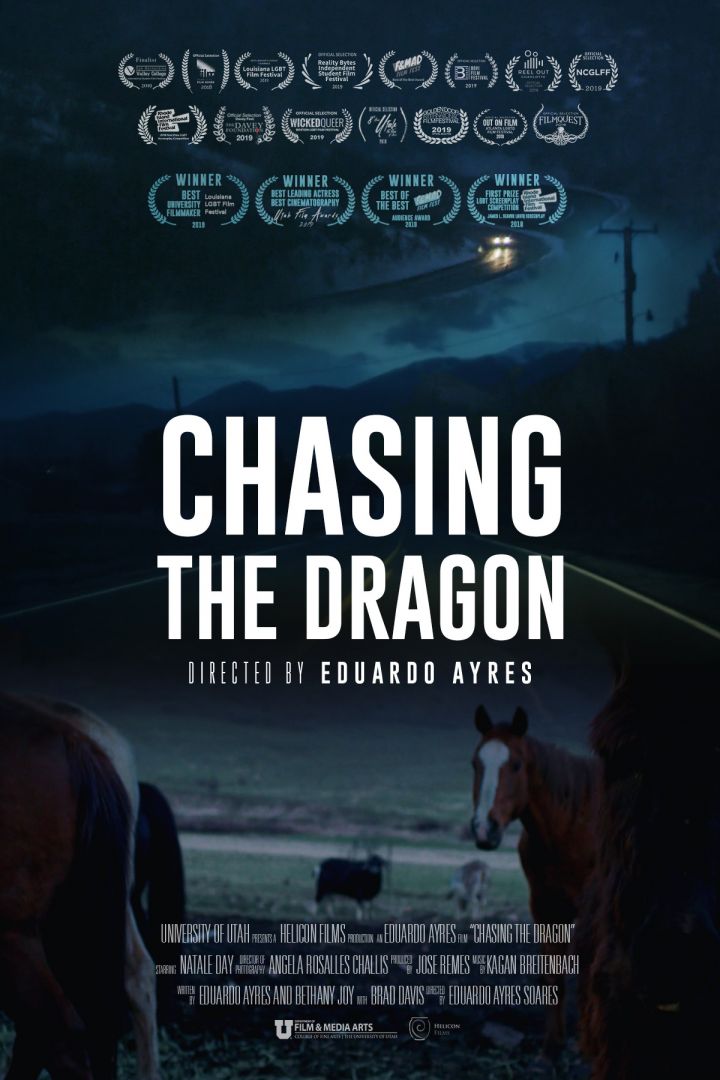 What should our readers know about your business?
My career as a director in the USA focused on the thriller genre, fiction, and some visual poems. I explored the LGBT thematic in search of an identity for my own work. At this time a very good friend of mine died by suicide. She was a trans girl, a childhood friend, her name is Alessandra. That loss deeply affected me. I decided my next project would honor her and would portray the challenges that trans people face in their lives. Chasing the Dragon (2018 short film) born out of this experience. It tells the story of a trans detective investigating a prescription drug crime in a small town in rural Utah. I am interested in telling stories of individuals that are underestimated, the underdog, of those that struggle but in the end raise into victory or into tragedy.

It has not been a smooth ride. I had faced many challenges in my life and career. My first challenge was coming out to my family. My father kicked me out of our house, my mother cried because she thought I would die of HIV. being very religious, it was hard to accept me. Fortunately, I met a good LGBT friend who was a drag queen host of a nightclub in Brazil. She introduced me to a whole new world. I remember being backstage at the nightclub every single weekend talking with artists and performers. It was an incredible experience being in the nightlife surrounded by drag queens, artists, performers, and of course sex workers.

Another challenge was when I started at a Brazilian production company. I was surrounded by much more talented people than me, and I felt that no one really wanted me there. I knew that I was going to be fired as I was not needed because one of my colleagues told me so. A funny situation happened when my boss asked me to be a camera on our main Reality TV Show. The main camera operator at that set hated me with all his heart. Of course, I was learning and was just there because the executive producer asked me so as an emergency. That man gave me such a hard time that I almost left the set. We all know people in the film industry that are grumpy and abusive with people below them. The funny thing is that in the following months the executive producer asked me to direct the Series, as they were changing directors too often and I was the one with more knowledge of the show since I was editing it and constantly being vocal about what structure the show. Guess what? The camera operator became my subordinate when I directed the last two episodes. I had never seen someone so bootlicker as that man. I am proud of this story as I climbed from an editing intern to a director inside a production company in less than a year.

My story is about never giving up, showing up on time, and doing your work with excellence. People notice when you do your best. And when your best is not enough for them, move to a different place, don’t be afraid to move on; this is LA, there is always a place for you to do what you love.

Let’s say your best friend was visiting the area and you wanted to show them the best time ever. Where would you take them? Give us a little itinerary – say it was a week long trip, where would you eat, drink, visit, hang out, etc.
I always take my friends to the Observatory at Griffin Park close to sunset. It is a magical hour where you can see the whole city from downtown to Santa Monica lighting up as the night falls. I like to imagine how many filmmakers and artists are in my sight from the Observatory, how many ideas are being conceived and that really inspired me on my own projects. The observatory is my meditation spot, and I take all my friends there.

Food-wise, I would take my friends to the Vista theater at Sunset Boulevard, maybe to grab a drink at Home on Hillhurst, or at Figaro French Bistro at Vermont Ave. I love Los Feliz, that’s my neighborhood. Also, we might bump into Timothée Chalamet, which happened twice to me since living in Los Feliz.

After a drink or two, or a nice meal, we could go to Little Armenia for a nice dessert and candy. So good. 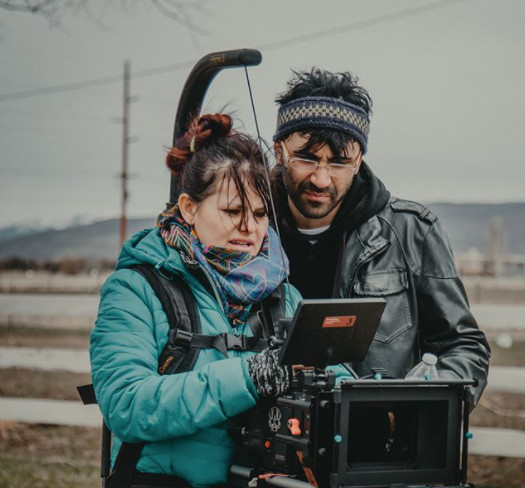 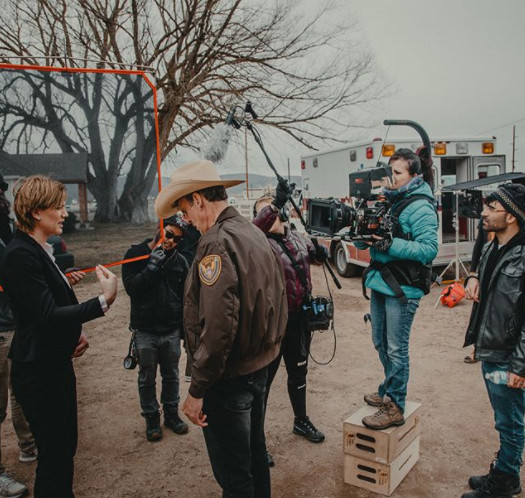 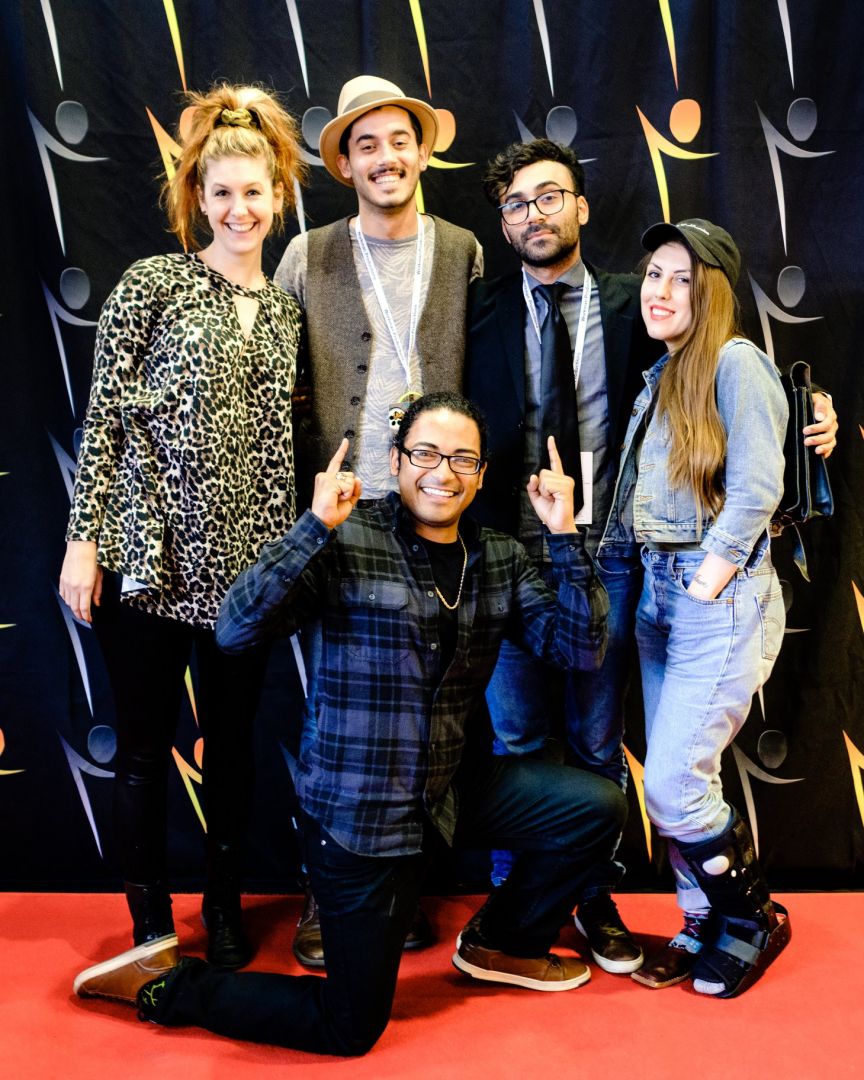 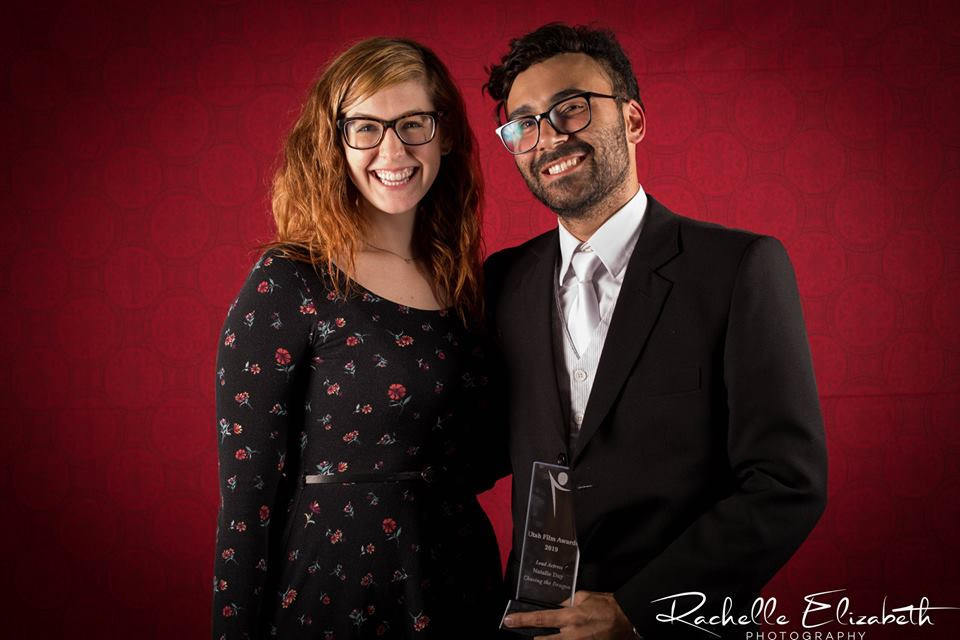 The Shoutout series is all about recognizing that our success and where we are in life is at least somewhat thanks to the efforts, support, mentorship, love and encouragement of others. So is there someone that you want to dedicate your shoutout to?
To all the people that help me reach LA, and who supported me on this journey in this new city, and opened their hearts and circles of influence to me.