We had the good fortune of connecting with Eric “Dash” Friedman and we’ve shared our conversation below.

Hi Eric, how do you think about risk?
I probably think about risk very differently from most lol. I don’t only think about it by weighing the probability of success and failure. That’s obviously important, but when I’m moving forward with a possibly risky situation or venture, for instance my music career, there will be a bunch of people who disagree or just truly don’t understand your decisions. I shut all of that out. I ask myself, what do I want to achieve in my life? How do I define success and failure? I am happy to invest in finding ways that don’t work as well ways that do because I still will have learned something valuable for all of my future endeavors.

I recently invested a lot into a 90s 00s album done in the way that I always dreamed of – live band, commercial studio, etc! That’s not the norm today with samples and TikTok and it’s not the most easily adopted by the industry. But it was beyond fulfilling and I’m so proud. So it was financially risky, but I have faith in “if you build it they will come”, and it was also very sound from an emotional standpoint. I feel full, and I’m ready to achieve whatever’s next 🙂 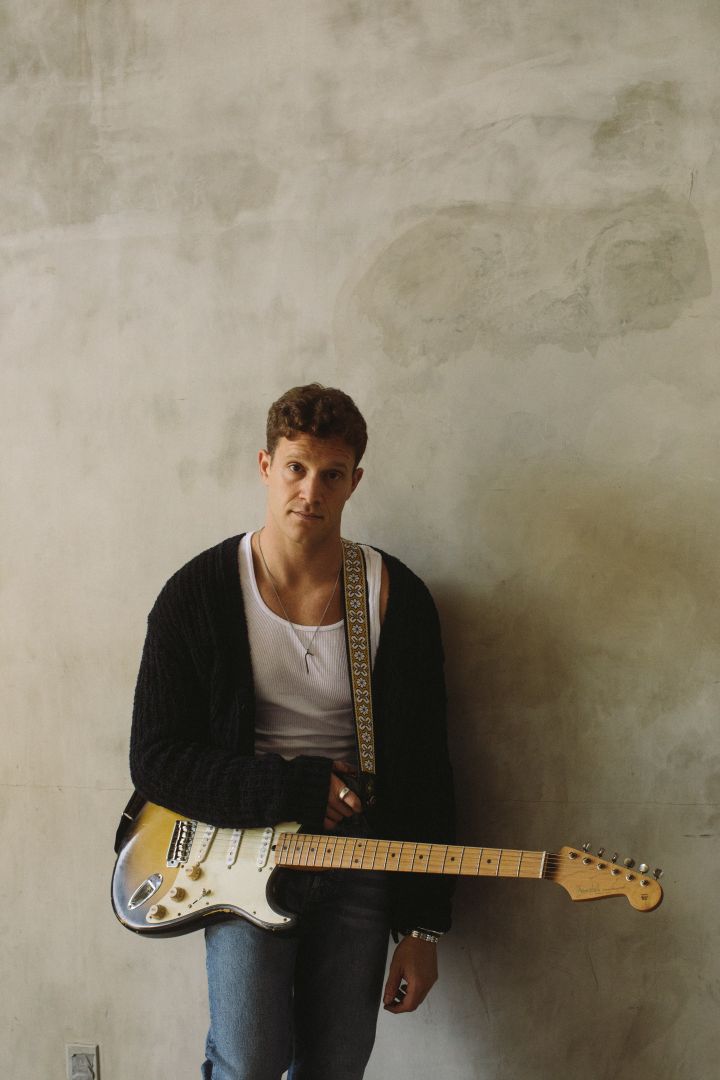 Can you open up a bit about your work and career? We’re big fans and we’d love for our community to learn more about your work.
I’ve been making music since I’m 8! I started out writing parodies with my brother like Weird Al and I played piano. At 13 I started playing guitar and started writing emo songs. Hopped into bands. Made records and released them without getting them mixed because I didn’t even know what that was! I tried so hard, had no idea what I was doing, and definitely got the run around lol. Record making and the music business was foreign, but my songs were my happy place.

Now I just turned 34 and I’m not only an artist, but I’m a producer, writer, and engineer. I just ran a production and writing camp called “Crooked Teeth” with so many talented creatives at my house, I’m running another in a couple weeks, and I’m in the midst of starting a Music IP company. I think it’s hard for anyone working independent as an artist of any kind. Self-doubt and unknowing is a daunting part of the journey. But when I get to help people, that makes everything I do worth it!

Anyways, I’m here in large part because when I was 23 I started working with Jack Joseph Puig. For the next 5 years he was my producer and manager. I got to watch a master work and learn from him even though I wasn’t aware of everything I was learning at the time. I was a sponge, and when my career didn’t pan out the way I had hoped at that moment in time, I shifted.

I put down my guitar for a bit and taught myself Pro Tools. I worked on producing for a stupid amount of hours and was never satisfied. If my session wasn’t up to par with JJP, it wasn’t good enough. And that will be a forever journey to help me grow – knowing what I don’t know. Or questioning whether if my opinion is right and experimenting with other options.

Along the way there were a lot of bumps. I tried to fit in. I made music that wasn’t me because I didn’t think “me” would be accepted by today. I shared a song with some big producers and a few months later a massive artist they work with came out with a song with an extremely similar guitar part, in the same key and same bpm, just an octave lower. So I’m assuming they took influence which at first was painful but then I found it very flattering haha. I’ve learned a lot, but the biggest thing I’ve learned is that everything is a matter of perspective and you have the ability to control that and shape the world around you.

Another thing that got me here is that I realized that every time I do something the way it’s supposed to be done, or I do something in hopes of fitting in, I fail. Creating in an unauthentic way just seems wrong so it comes out wrong. So whether the music is for me I’m making or for another artist, it doesn’t have an agenda besides for serving itself. Not the industry. Not the politics. It just serves what it’s asking to be and it just comes out as what it is. It may not always be the best money grab, but it feels so much better to be real.

Right now, I’m most proud of two things… one is the Crooked Teeth camp because I love helping people and building community. The other – my upcoming album “Bystander”, which I made for my 13 year old self and ironically there are 13 songs on it! The album is just an amazingly talented group of friends in a room at East West in Los Angeles playing good songs. I kept it raw and it sounds so reminiscent of the music I love from the 90’s and 00’s – John Mayer, Counting Crows, Dave Matthews, Radiohead, Jeff Buckley, Coldplay, Pearl Jam… The list goes on. I know that’s not popular at the moment but I also don’t care. It’s wonderful – at least for me and anyone that likes real instruments and songs and performances and is craving for something that feels organic and true.

I was always taught that artists who have their own sound have a harder time breaking, but if they do, they have a longer career. Or I could make music that just follows the formula, and maybe I succeed, but it will be for a shorter period. I don’t know if that applies anymore, but I chose option A.

I guess if I wanted the world to know something about my brand or story, it’s that I stuck to my guns no matter the opinion of others. I have a vision and I follow it with reckless abandon. If you’re tired of one direction, work in another and be creative. If TikTok isn’t your thing, find out what is your thing and do it all the way. That’s all that matters, being authentically yourself. If you don’t fit in the box that society has built for you to live in, it’s okay. You don’t have to. Feel free to fly solo. 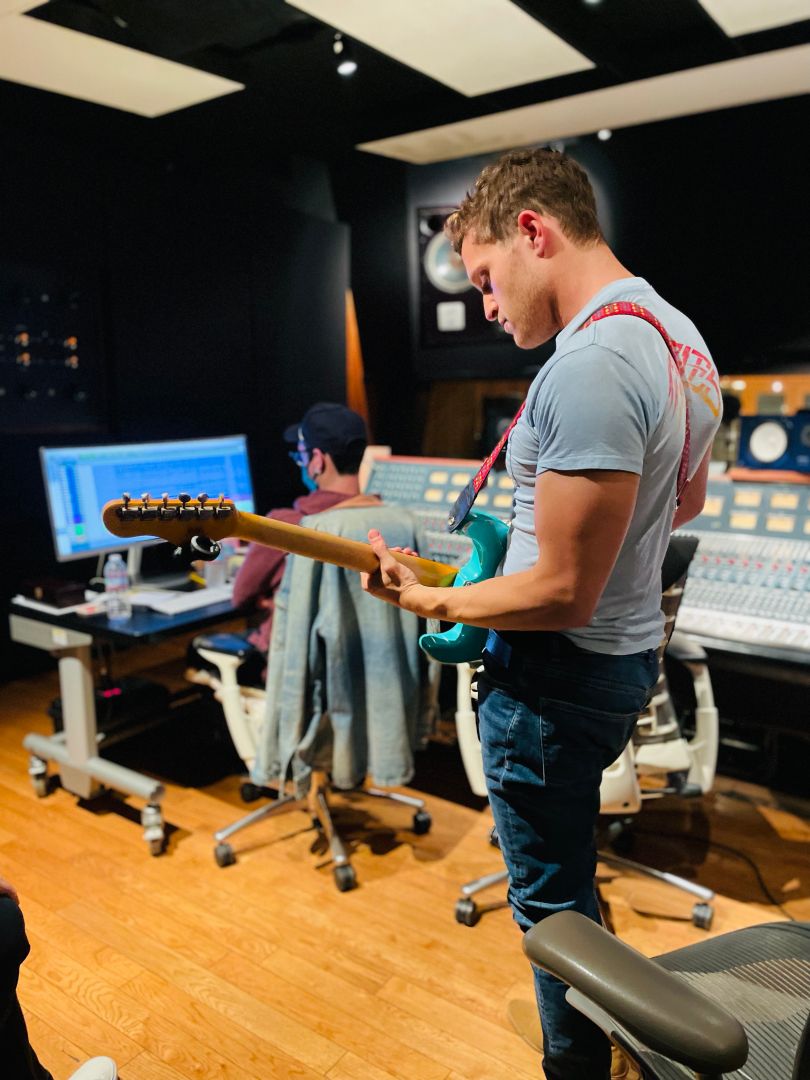 Let’s say your best friend was visiting the area and you wanted to show them the best time ever. Where would you take them? Give us a little itinerary – say it was a week long trip, where would you eat, drink, visit, hang out, etc.
Wowww!! What a question for a studio recluse haha.

So I would take them to different coffee shops in the morning. Since I’m around Los Feliz, I’d take them to Maru (hipster central), Coffee Coffee, and a few others. All Time for a breakfast burrito. I’d make sure they try pastries from the Good Good Bakery. We’d go to Little Dom’s for a chill night but also hit a sushi spot like Sasabune or get some tacos at a good spot. There are so many.

I’d probably take them to Griffith Park for a hike as well as the Wisdom Tree. Drive out to Malibu and get Lobster rolls at Broad Street Oyster and/or food at Malibu Seafood. Spend a beach day out there and hike as well. We could also shop at that Country Mart if they’re willing to break the bank.

Night time I like to go to music oriented bars or venues to hang or see friends perform. There are a ton in Hollywood, like Hotel Cafe, Harvard & Stone, Davey’s. I also really like to hang out in Franklin Village. A great creative scene as well as on Hillhurst.

And I’d take them to Abbott Kinney for a day and for a night. Hit up all of the shops, maybe brunch, Gjelina… Rooster Fish is a fun bar and so is the Brig.

This is just off the top of my head but there are so many options. 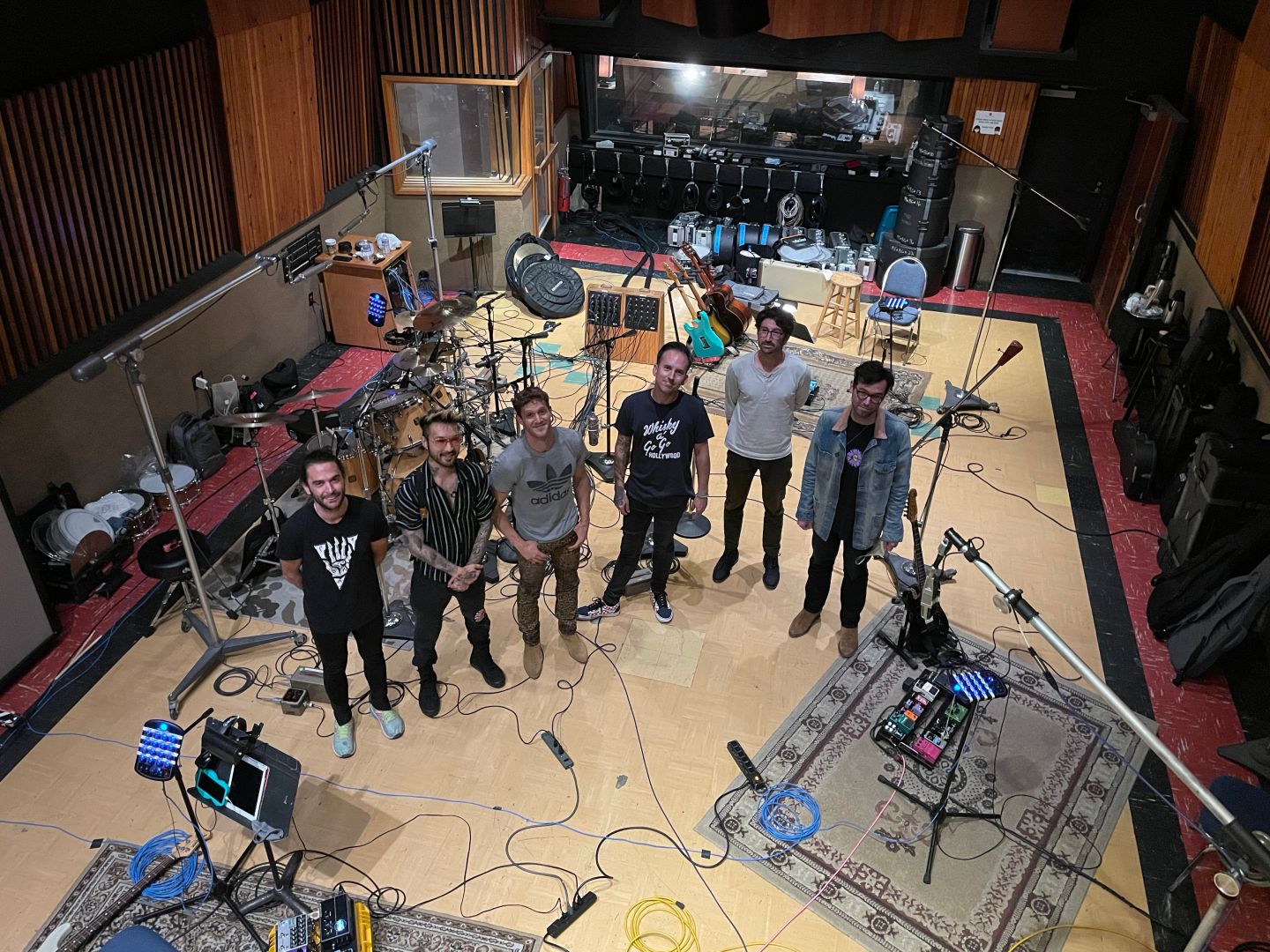 Shoutout is all about shouting out others who you feel deserve additional recognition and exposure. Who would you like to shoutout?
My family and friends! And my dog Lola. For sure lol.

Anyone pursuing a creative career sees ups and downs. It’s really hard to keep your head straight in the midst of madness. Your family and friends aren’t just supportive, but they live it as well. They feel the ups and the downs and have to protect themselves from the lowest lows in the same way I have to myself.

So that’s who I thank, family and friends. And when they’re not available because everyone’s living different lives at this point, I know I always have my little girl Lola. She’s a 6 year old frenchie that wouldn’t hurt a fly. She’d probably try to play with it lol. All of that keeps me going. 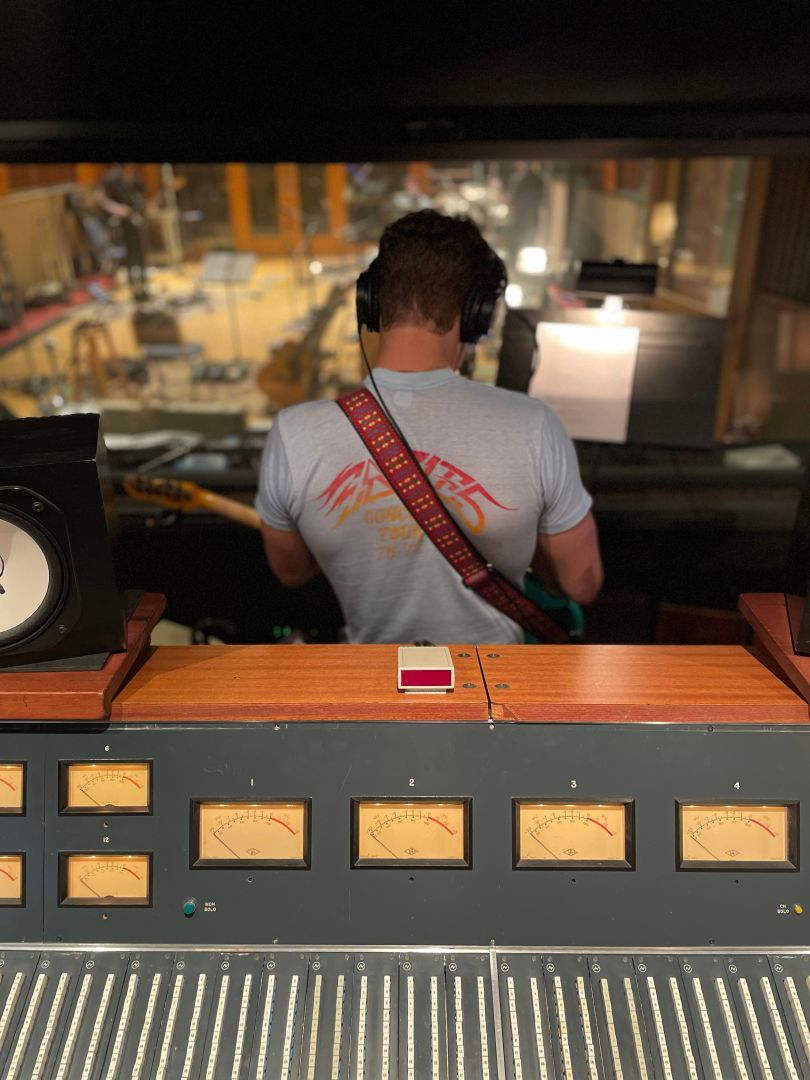