We had the good fortune of connecting with Fanny “Thera” Harisch and we’ve shared our conversation below.

Hi Fanny “Thera”, what was your thought process behind starting your own business?

To be honest, I got tired and exhausted of reading job posting that require entry-level positions to have years of experience in order to apply for them. In my long quest to find a job I’ve been very annoyed with certain applications, because it seems like there is a common trend, the trend being having a bachelor degree with at least 3-5 years of experience in the given field as a must have plus a bunch of other skills. Companies basically looking for an “Eierlegende Wollmilchsau” (German term), this saying translates into a jack off all trades, which in my opinion is not the right approach to post about entry-level job postings.

After numerous applications with tons of rejections and a huge number of companies who never replied, I told myself to take another route, to get where I am trying to head career wise. That route entailed the own brand / company. When you’re in the driver’s seat of things, you are making the decisions on how best to steer your brand / company into the future. This process might be overwhelming for some and one must know when and how best to delegate, plus consider the workload to spread your companies service and mission. However, when you are able to make your own decisions about how best to operate day-to-day, this leads to creating a culture and a brand you can standby a 100 percent without any conflict.

There was another point. I am a far-reaching multimedia nerd with experiences in: location sound, audio production, audio post-production, music, artist development, game audio design, film production, graphic design and photography. When I was applying, I always had to choose just one position, which is definitely not who I am as a person. I am someone who loves the change of scenery and the different aspects of the vast creative entertainment industry. I am always on the look-out for an adventure and challenges. 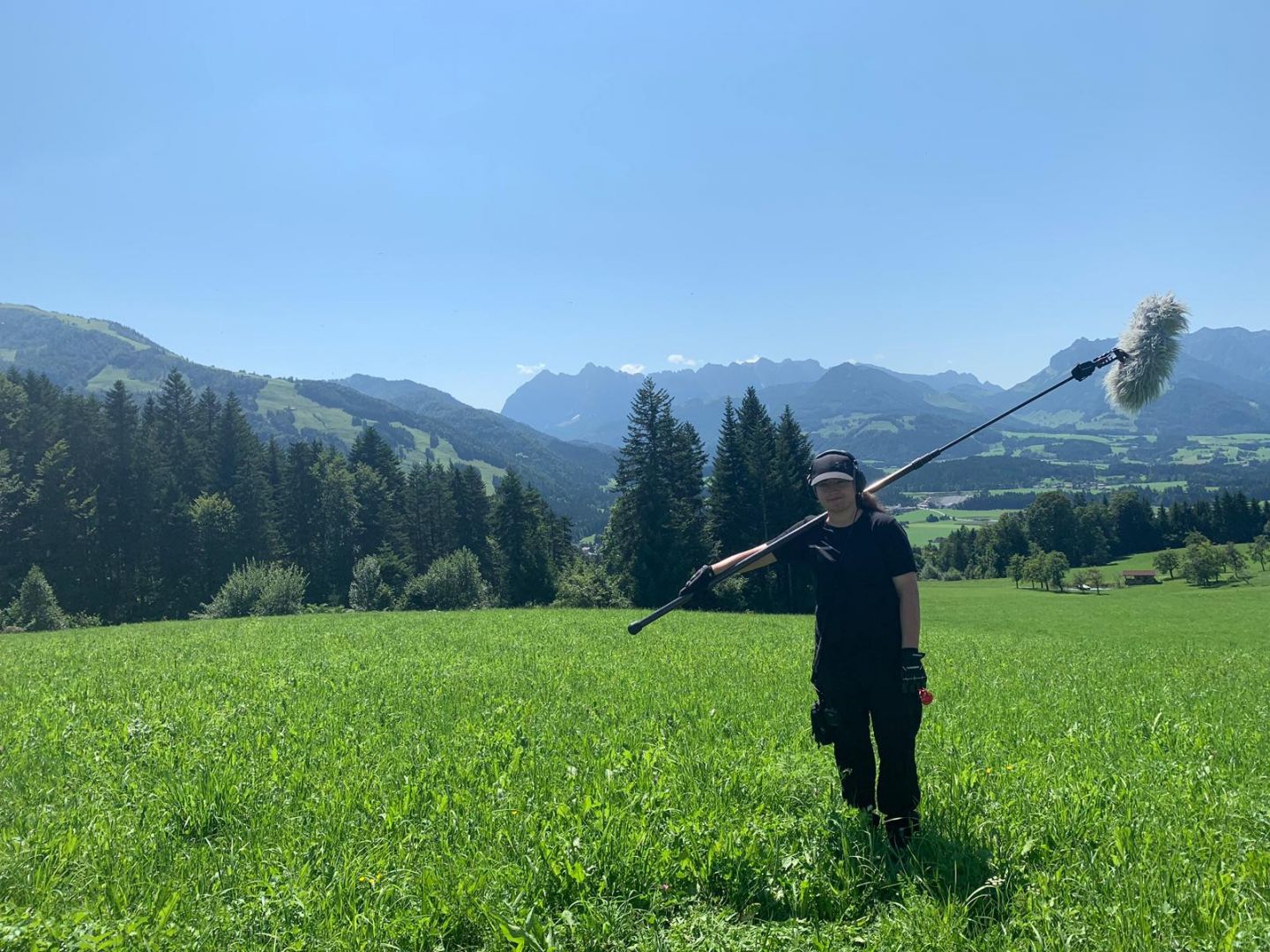 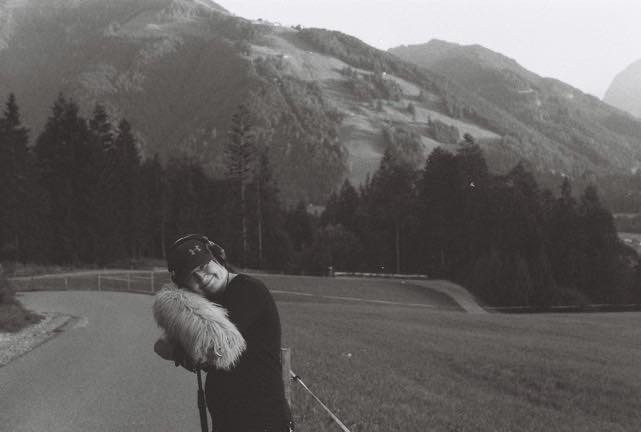 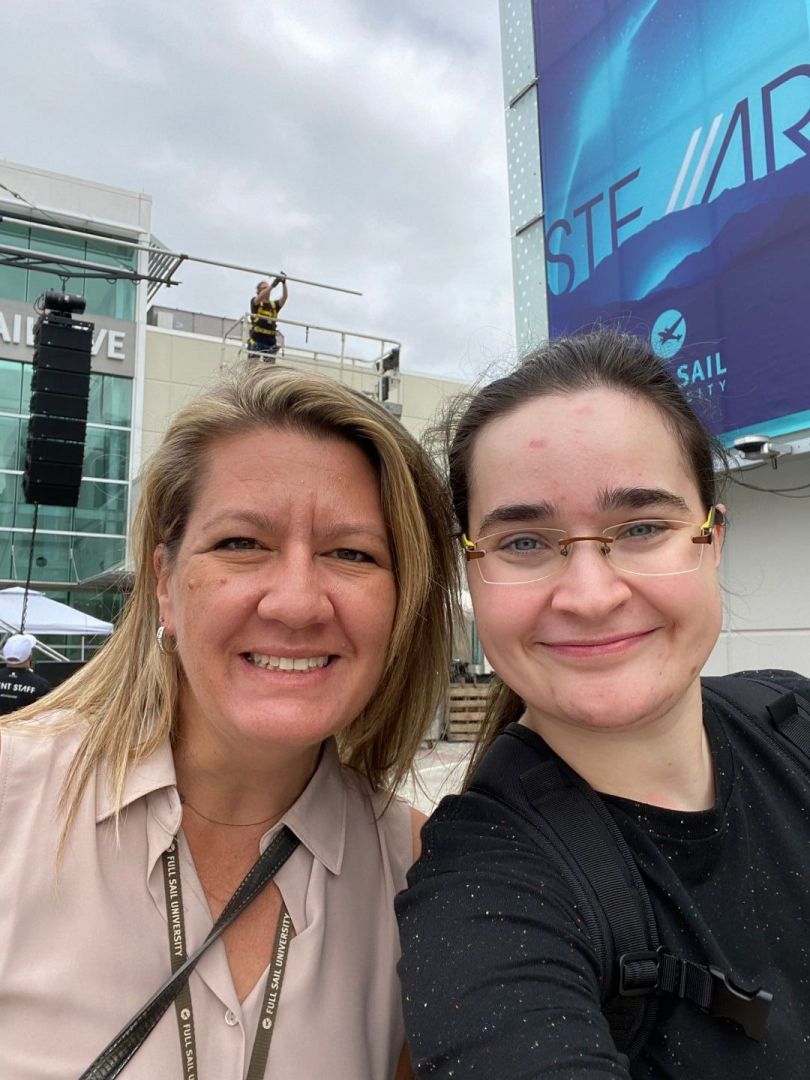 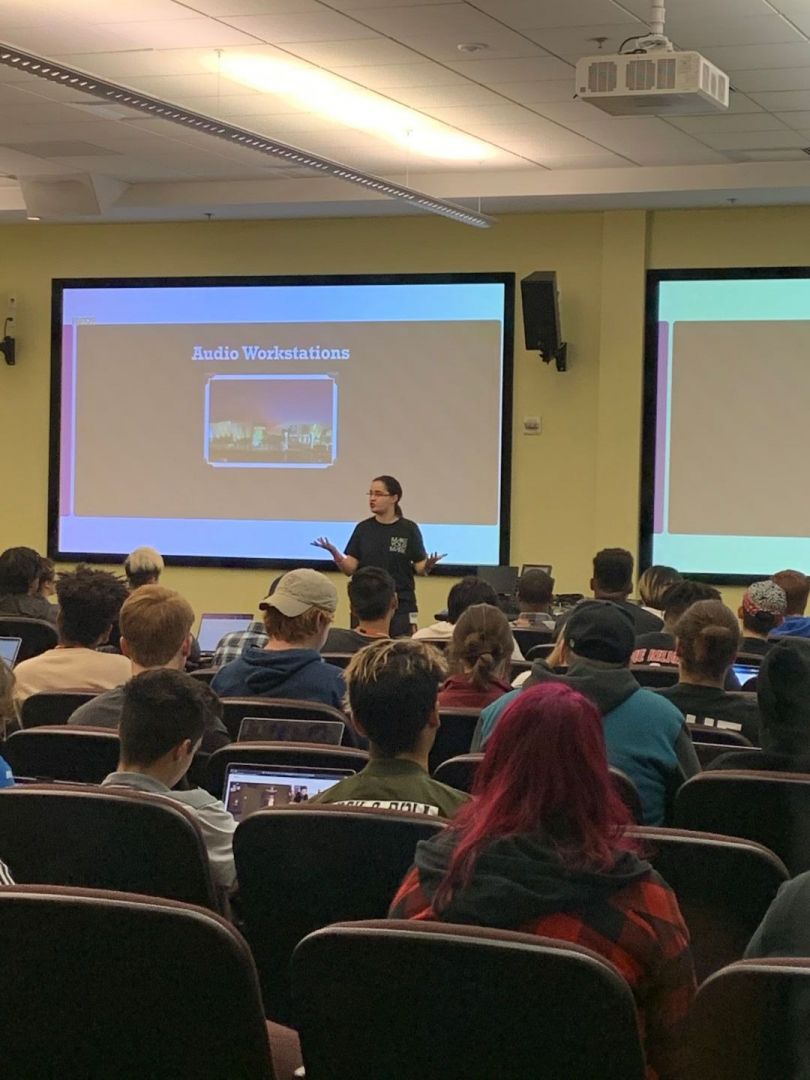 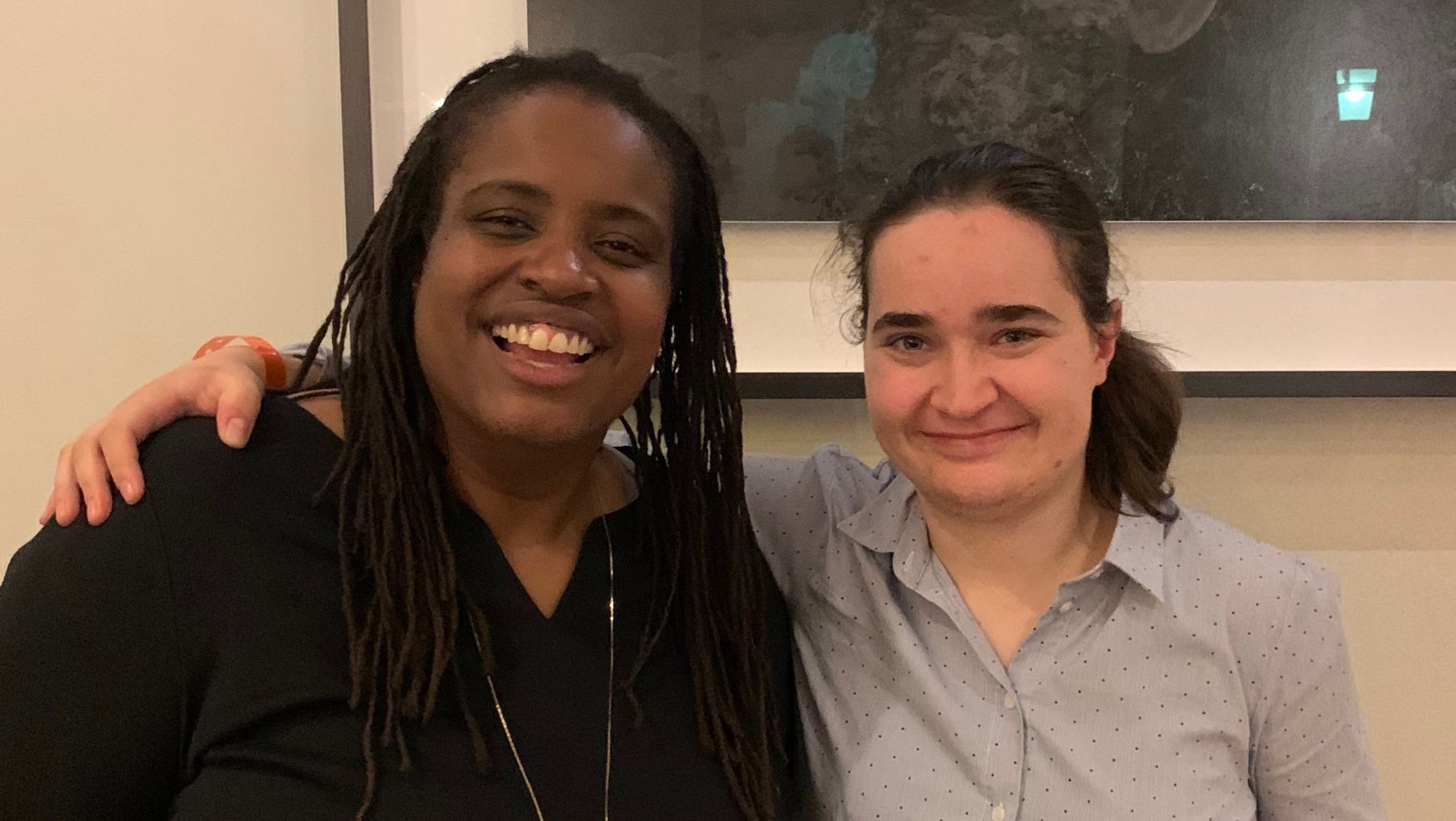 During my entire live I was surrounded by art and entertainment. I am and have always been a very creative person and this will not change. Being artistic and creative gives me an outlet to express myself. I pursue an artistic and creative career, because I love creating art and music, it makes me happy plus I am able to share my vision with the world. Because I share my creativity, I am able to connect to the community.

In 2013-2014, I was the FoH (Front of House) for my HS and in charge of some live events and the theatre club. It was definitely an interesting but also challenging time since live mixing isn’t easy. Have you ever tried micing up multiple 2nd graders who can’t hold still for 5 seconds?! Let me tell you, this is super hard… but I made it easy in distracting the kids with something as simple as counting faders and knobs on the audio console. If that did not pan out (audio puns, gotta love them), I let them help me micing them up.

Back in September 2016, I received my Recording Arts Bachelor of Science from Full Sail University (Winter Park, FL, USA). I am super thankful that I had the chance to attend and receive my diploma from Full Sail. Wouldn’t be where I am today without my FS experience. During my time at Full Sail, I had various opportunities and time to find myself (career-wise and interests). Absolutely enjoyed being in a palace with so many creatives in one spot! Definitely missing my campus time. Full Sail has many great resources, which helped me grow into the person I am today. Full Sail community became family. Shout-out to everyone, who was part and still is part of my adventures and ventures.

Since graduation, I worked on various productions (commercials, social media campaign, cinema feature films, feature films, TV shows, and many more types), ranging from small ENG team (3 people crew) till huge scale cinema feature crew with 250+ people on set. So far I have been part of over 110+ productions and had the chance to shoot in: Germany, USA, Hungry, Austria, Italy and South Korea. I have worked with most of the biggest production companies in Germany (STORY HOUSE Productions, UFA, Bavaria, Constantin Film, TOBIS Film and more). Currently I work on GZSZ (“Good Times, Bad Times”), it is a long-running German television soap opera, which first broadcast on RTL in 1992. The show is being shot on Babelsberg Film Studio, which is the oldest large-scale film studio in the world, producing films since 1912. Besides that Babelsberg Film Studio is Europe’s largest film studio.

Sturm der Liebe (Storm of Love) – UST (Utility Sound Technician) – It’s a German telenovela TV show, which is the most sold show in EU for dubbing rights also has tons of money behind this show. Furthermore it’s one of the most known shows as well.

Schwartz & Schwartz Wo der Tot wohnt – I ran 2 Unit sound by myself – This project had all the A league crime actors from Germany in this feature film.

My work does definitely not get boring, it has plenty of change in types. I will give y’all a small glimpse into how diverse my gigs can be here: a live police raid, charity gala, red carpet for Mercedes Benz Fashion Week, documentaries, big corporate events till the typical TV shows and feature films.

One of the biggest benefits of owning your own business is the flexibility that comes with it, whether that be working from wherever you want or making last minute changes in your schedule to re-prioritize. While our jobs are important, it shouldn’t be all about work, we do need balance. Creating a harmonious work-life balance is critical, as a means to improve not only our physical, emotional and mental well-being, but it’s also important for our career with the aim to uphold our quality of work performance. Lately I had a few big productions, which took a lot of my energy physical wise, I made sure that I had some downtime in between and afterwards to regain my energy.

A huge factor behind my success, is that I have built a good reputation with my work performance and commitment. Over the last 7 years, I have built incredible relationships with people in the entertainment industry, these connections helped to shape my path in the industry. I am thankful that I am able to be support with such a powerful international network, which I can tap into at any given time. 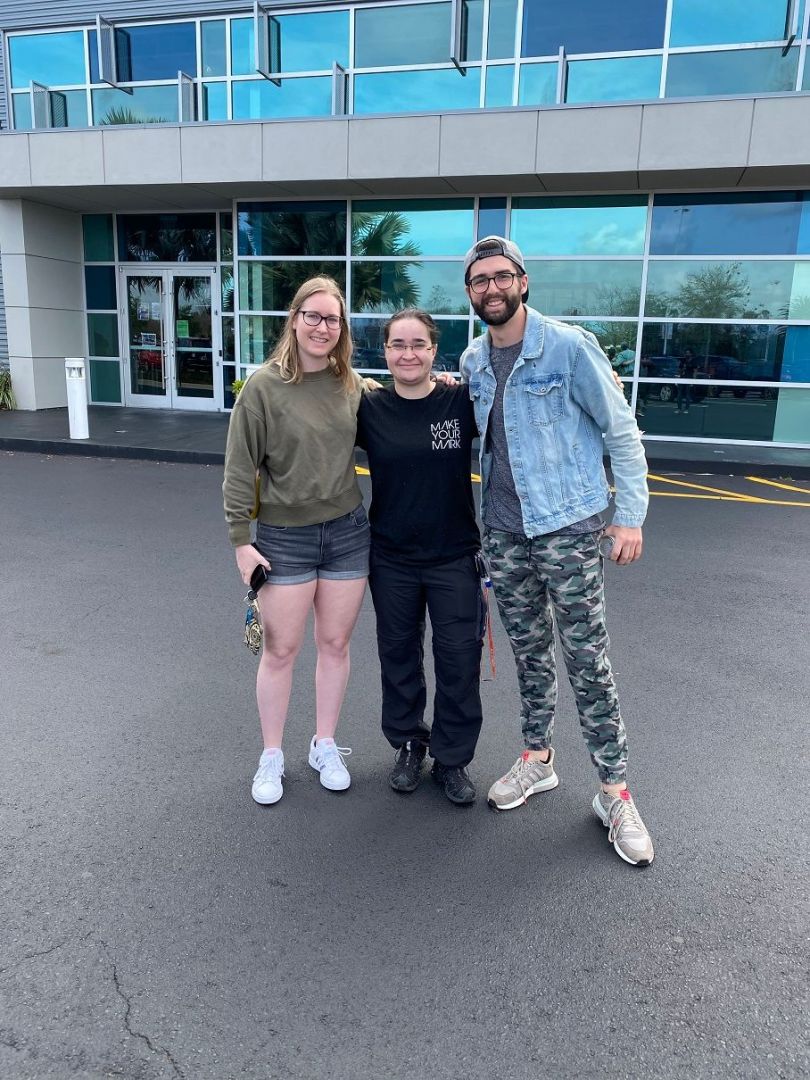 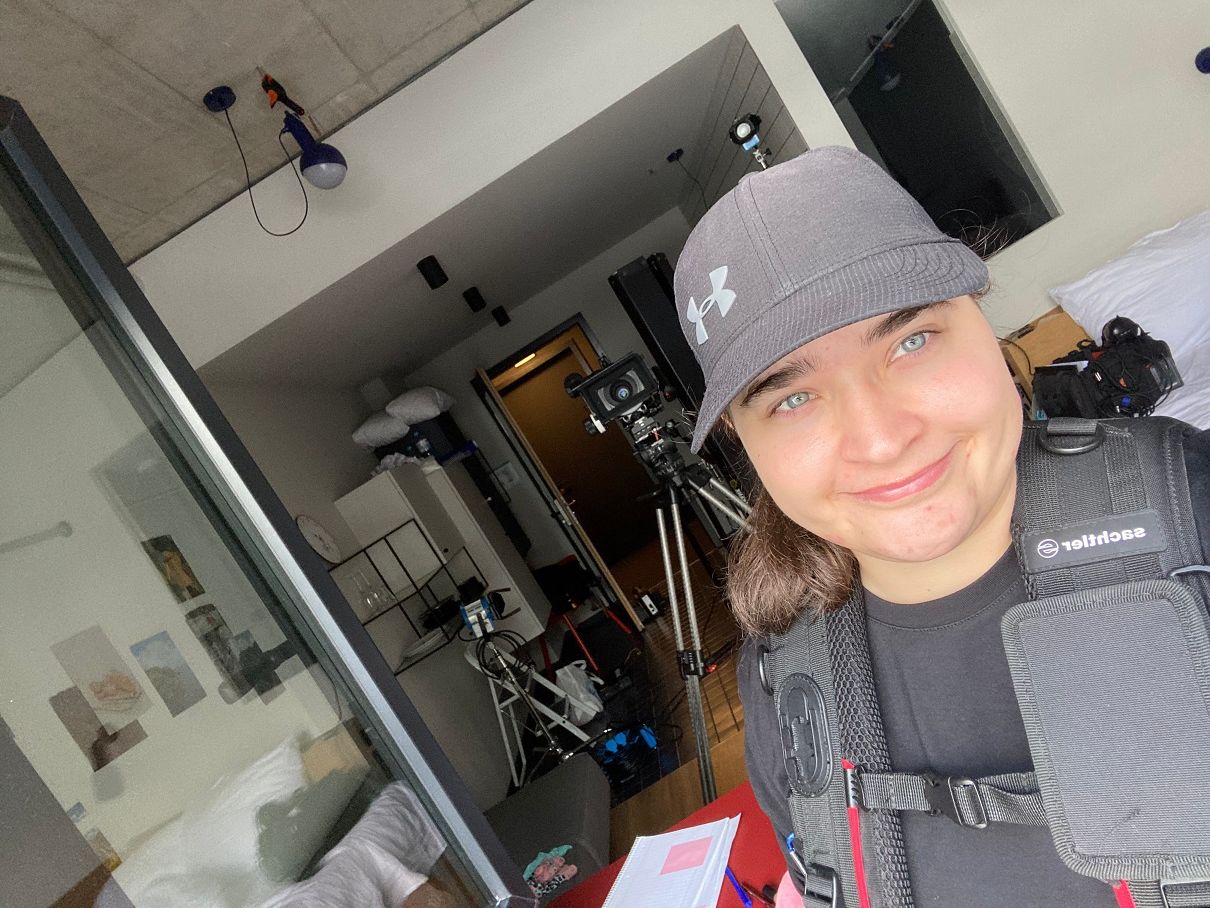 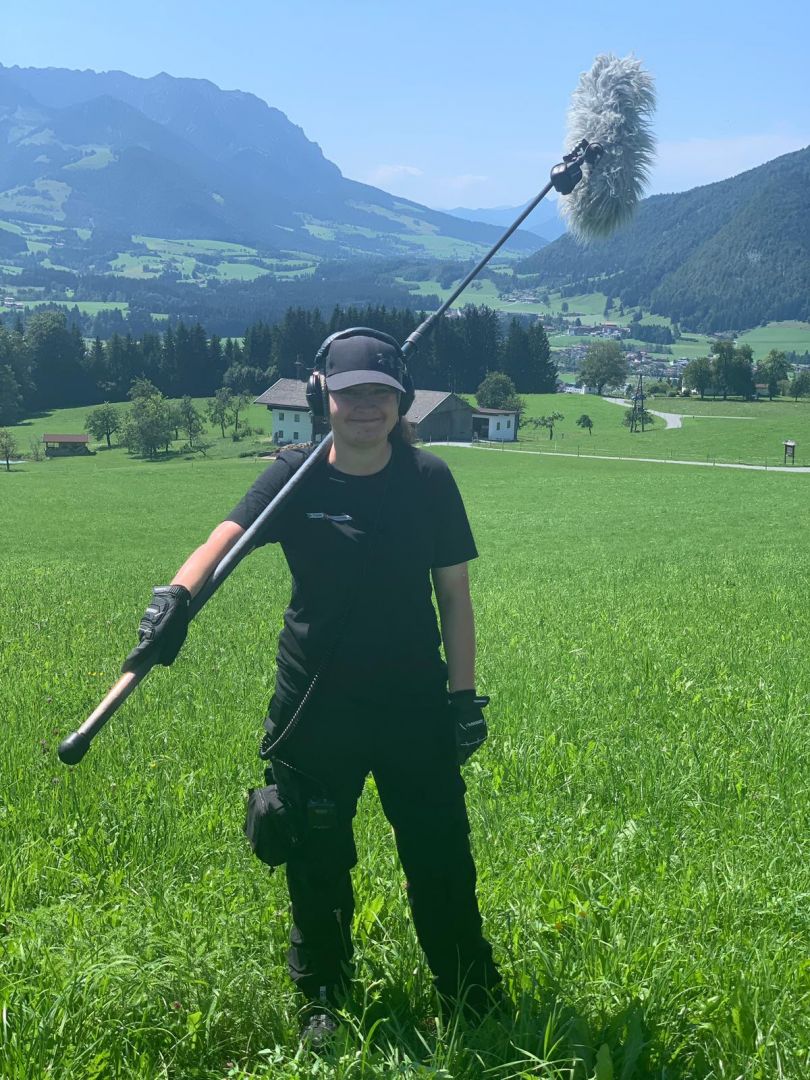 Also I would like to make an Shoutout to Full Sail University.