We had the good fortune of connecting with Fariha Naqvi-Mohamed and we’ve shared our conversation below.

Hi Fariha, what do you attribute your success to?

When I am asked about the most successful aspect of my brand, authenticity immediately comes to mind. Years ago, I read this quote from Sara Barnard, “Speak your truth, even if your voice shakes,” and it validated so much that I had discovered during my journey towards entrepreneurship. Unfortunately, authenticity is not nearly as common as it ought to be. Those who show up as other versions of someone else don’t tend to last the test of time. It’s hard enough being yourself. It’s much harder to try to be someone you are not.

I entered into the completely vanilla world of blogging about ten years ago. I stood out like a sore thumb. There was a complete lack of diversity, and it was made abundantly clear to me by others in the industry that I did not belong. I told myself I had one of two choices: either walk away (which has never been my style), or I could become the best at what I do and prove the haters wrong. The latter is precisely what I did. That decision to be my most authentic self and show up as unapologetically me paved the way to so much of the success that was to follow.

We each have a passion or a gift. Mine is being an expert in diversity and inclusion. It’s is the foundation of the work I do as an op-ed columnist for the Montreal Gazette, a video journalist with CityNews Montreal and host of my segment, #DiverseCity. It is also the basis of my blog CanadianMomEh.com, the number one diversity blog in Canada and amongst the top globally. When I started partnering with brands, locally, nationally and internationally, I showcased the importance of embracing our differences, not concealing them. This resonated with my followers around the world.

I believe in celebrating our differences. I believe in championing diversity in all of its forms. It is not just when it is convenient for me or for those who might look like me. When we show up as our authentic selves, it opens up the possibility of others doing the same. And that is the most successful aspect of my brand. 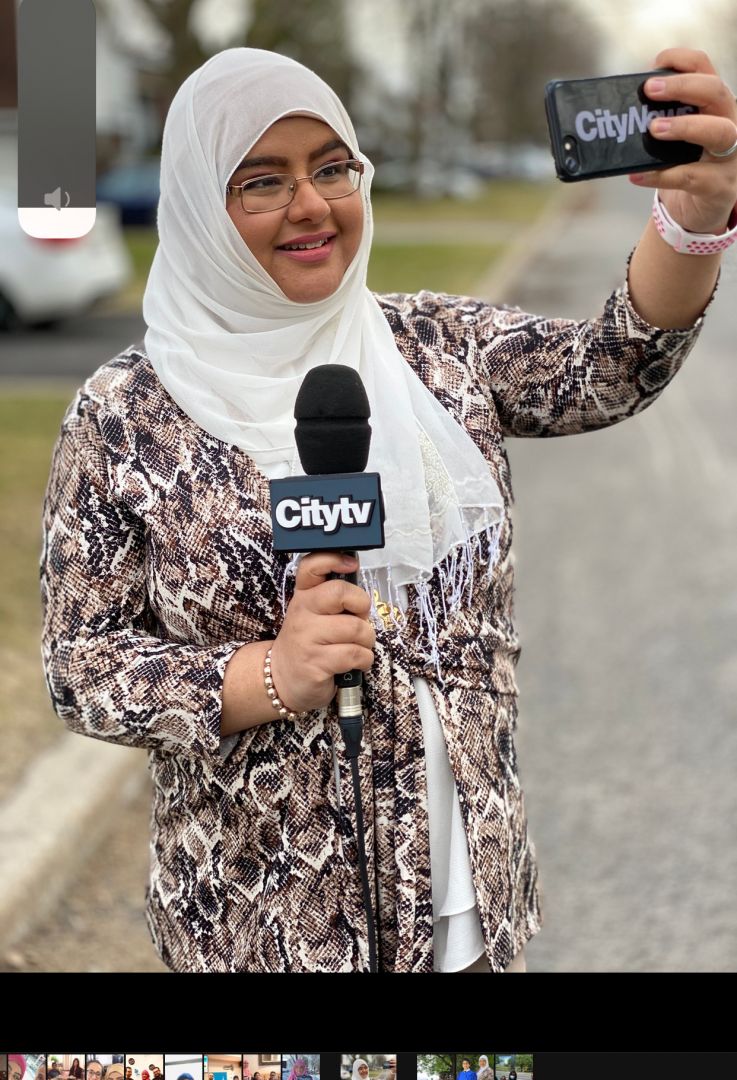 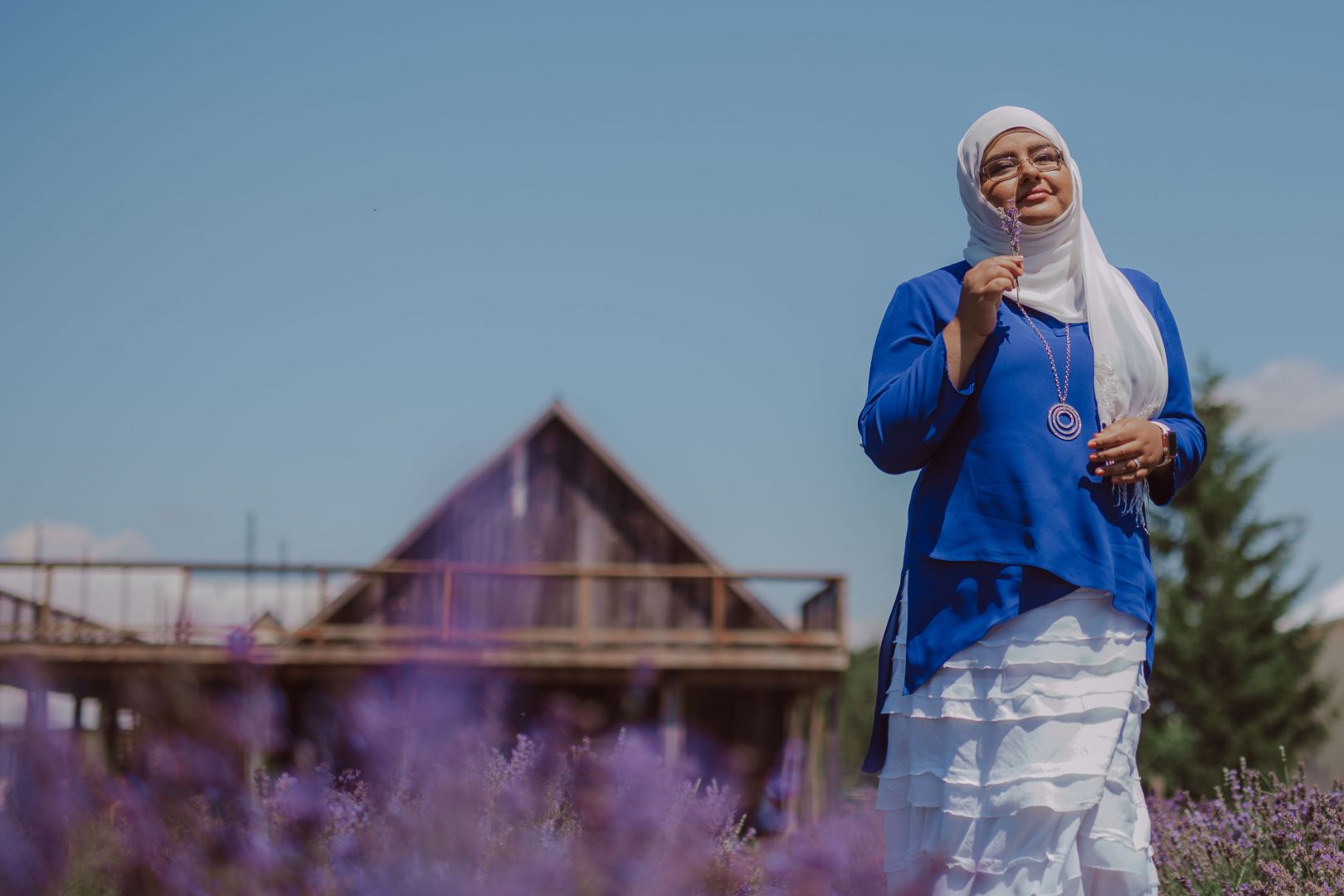 My career has led me to become one of the leading diversity and inclusion experts globally. My blog, CanadianMomEh.com, is the number one diversity blog in Canada, and my social channels have a large percentage of highly engaged diverse community members.

How did it get to where it is? It stemmed from my conscious decision to be the most authentic version of myself and stay true to my values. I started blogging about ten years ago; I stood out like a sore thumb amid a sea of white, middle-aged bloggers. I was told and made to feel like I did not belong. Nevertheless, I was determined to follow my dream of writing. At the time, I did not know whether or not I would ever work in mainstream media. No one looked like me. I had no shortage of people telling me to kiss my dream of being a journalist goodbye one day. I persevered. I taught myself how to blog, I taught myself SEO, analytics, how to use social media. I spent late nights researching anything I needed to know. I would put my kids to sleep and then work until the early hours of the morning.

One of the first things I learned when blogging was the cardinal rule, you never talk about religion or politics. However, it was not until I did both that my blog went viral for the first time (https://www.canadianmomeh.com/open-letter-to-pauline-marois/). That one blog post changed the course of my entire life. It led to local, national and international television, radio and print interviews, live televised debates, and so much more. It reinforced that the world needed my voice. I did not want the world to be talking about Muslim women; I wanted to figuratively and then later literally take the mic and tell my own story.

I started blogging because I did not know if I would ever fulfill my dream of working in television. It was writing that blog post; however, that led me to be interviewed on television on then Breakfast Television Montreal. When that interview ended, the host turned to me and said, “oh, you’re good,” I said, “thank you,” they responded, “no, you’re REALLY good; we need to have you back on.” Over the following five years, I would be invited back to that show, and others, any time a Muslim expert was needed in the media. One day, after hearing the same comments of how well I spoke and how articulate I was, I reminded them that there is so much more to me than my Muslim identity. I told them I am a blogger, a mom of two, an avid cook, a community activist, and so much more. One thing led to another, and then when CityNews Montreal was being launched in Montreal, I was invited to join the team and become the first woman to wear the hijab on television in Quebec history, the second in Canada.

I have faced no shortage of challenges along the way, from racism and discrimination, hate, death threats requiring police surveillance of my home and my children’s school. Throughout it all, I have remained true to who I am, my values and the morals which govern my life.

I will never change who I am to please others. I will never allow anyone else to make me feel less worthy due to my skin colour, the piece of fabric on my head, or the way I dress. I will not pretend to be someone I am not to be liked. I will stand proud. I will hold my head up high, and I will be unapologetically me. 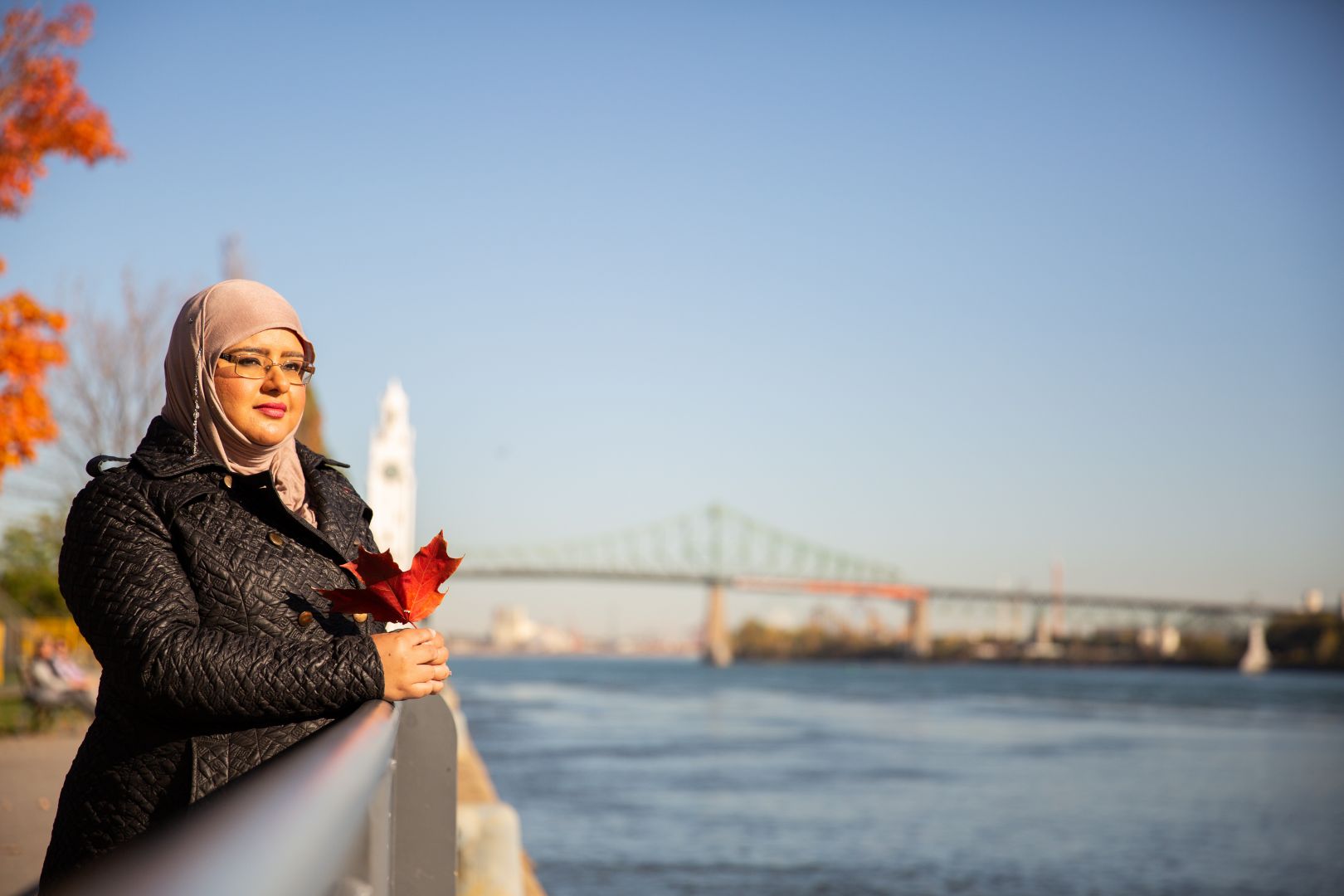 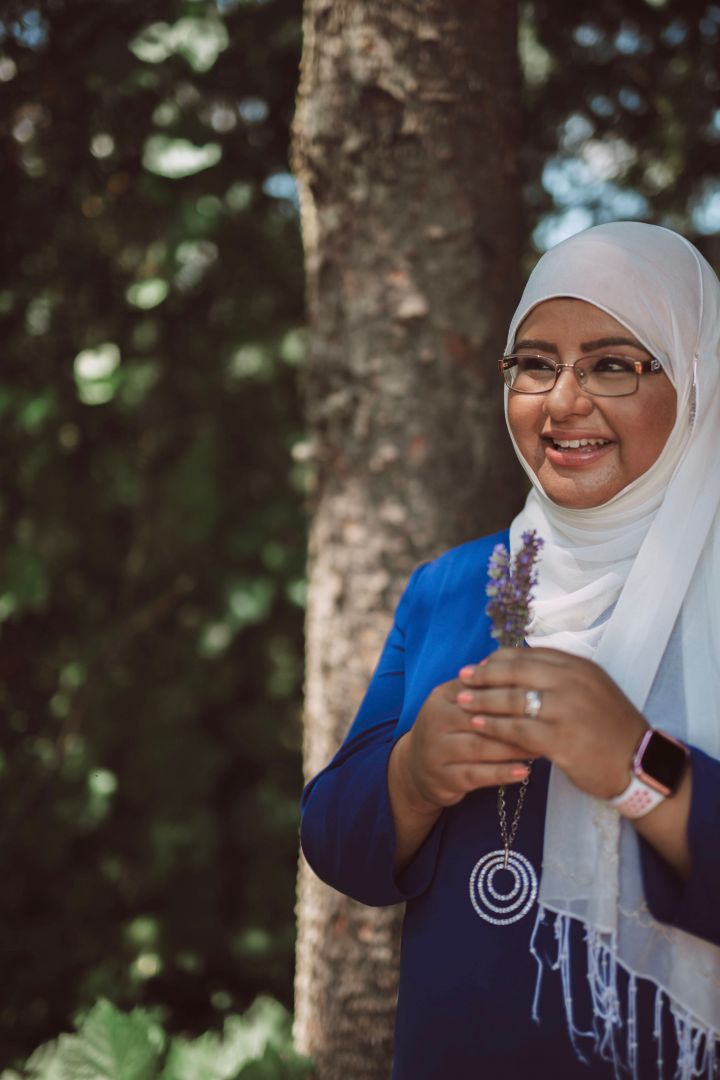 Let’s say your best friend was visiting the area and you wanted to show them the best time ever. Where would you take them? Give us a little itinerary – say it was a week long trip, where would you eat, drink, visit, hang out, etc.
This is a tricky question. I have many favourite spots in the city, and I absolutely adore Montreal. There is nowhere else in the world quite like it. If a best friend was coming to visit me, I would start by taking them to breakfast at Amy’s on the West Island of Montreal. Their breakfast is incredible, and they make fresh donuts in-house every day. Next, we would drive down to the Old Port of Montreal and ride La Grande Roue de Montreal (one of the largest Ferris wheels in all of North America). On our way there, we would stop and pick up Orange Julep – the tastiest and frothiest orange juice you can ever imagine and fresh Montreal bagels to take home – wherever home would be. Next, we would walk through the cobblestone streets of Montreal and along the boardwalk – my favourite place. Next, we’d likely pick up beaver tails (a thin sheet of whole wheat dough deep-fried, tossed in sugar and cinnamon and topped with decadent toppings like my favourite – Nutella and bananas). That would naturally be accompanied by a latte. Depending on the time of year, we’d rent Bixi bicycles and ride around downtown Montreal, ride up to Mont Royale and admire the lookout point that oversees the entire city. We would then shop at some of the most amazing shops in the city. For dinner, the options are endless. There are few better cities in the world – to be a foodie. If this indeed was my best friend – the choice would be clear. We’d come back towards the West Island of Montreal and go eat at Cugini’s, the best pizzeria in the city. That’s a bold statement, but I stand by it. Their food, their service and the owner are second to none. The love and pride with which the food is made are simply unparalleled. It’s literally like eating in your Nonna’s kitchen – if I was Italian and had a Nonna. 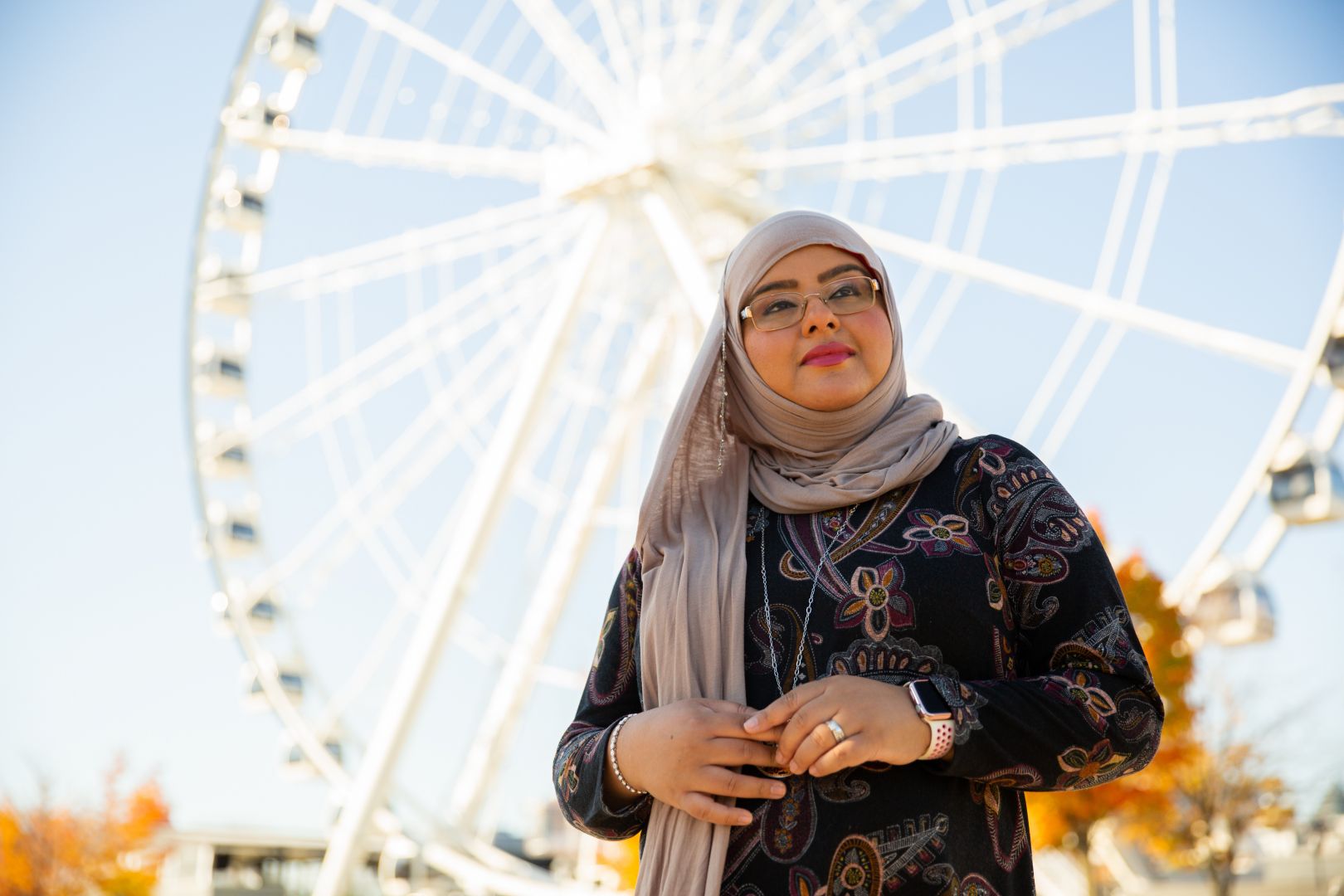 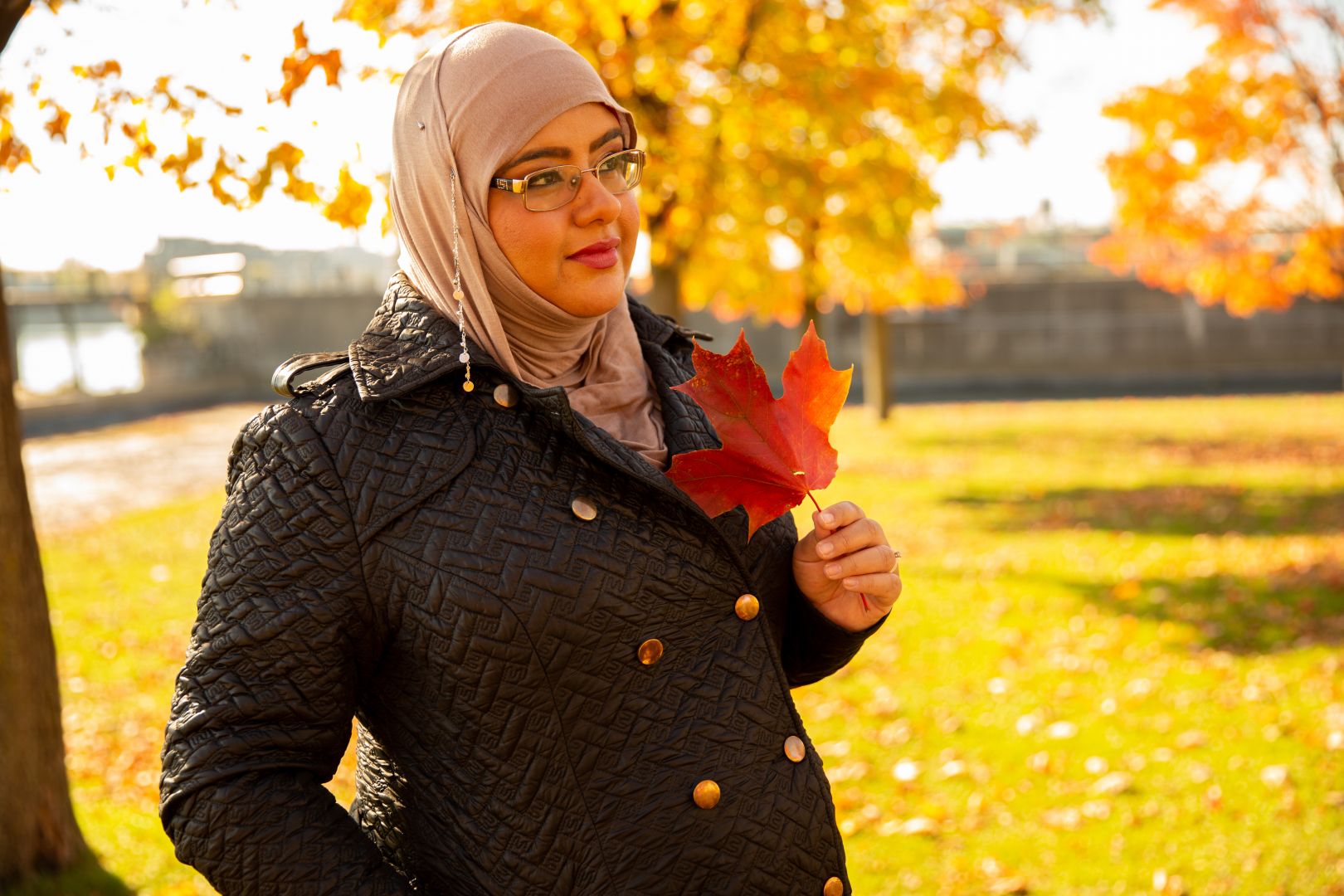 My first shoutout goes to my very first business coach, Shelagh Cummins. She helped me establish myself as an entrepreneur, get crystal clear on my objectives and outline exactly how I would conquer my goals. She runs the Road to Seven coaching group. https://www.theroadtoseven.com/

My second shoutout goes to Hanna Hajilou, the founder and creative genius behind A la Table by Hanna – North America’s first grazing company. She took her passion for cheese and beautiful presentation and created a brand that has often been imitated but never replicated.

Her IG handle is @ALaTableByHanna.

My third shoutout goes to Amber Ahmed, a Montreal-based hair/makeup artist who began her business with zero dollars and a spool of thread and has grown into an internationally-acclaimed makeup artist who has worked on Hollywood and Bollywood artists alike. Her IG handle is: @AmberEsthetics_makeup 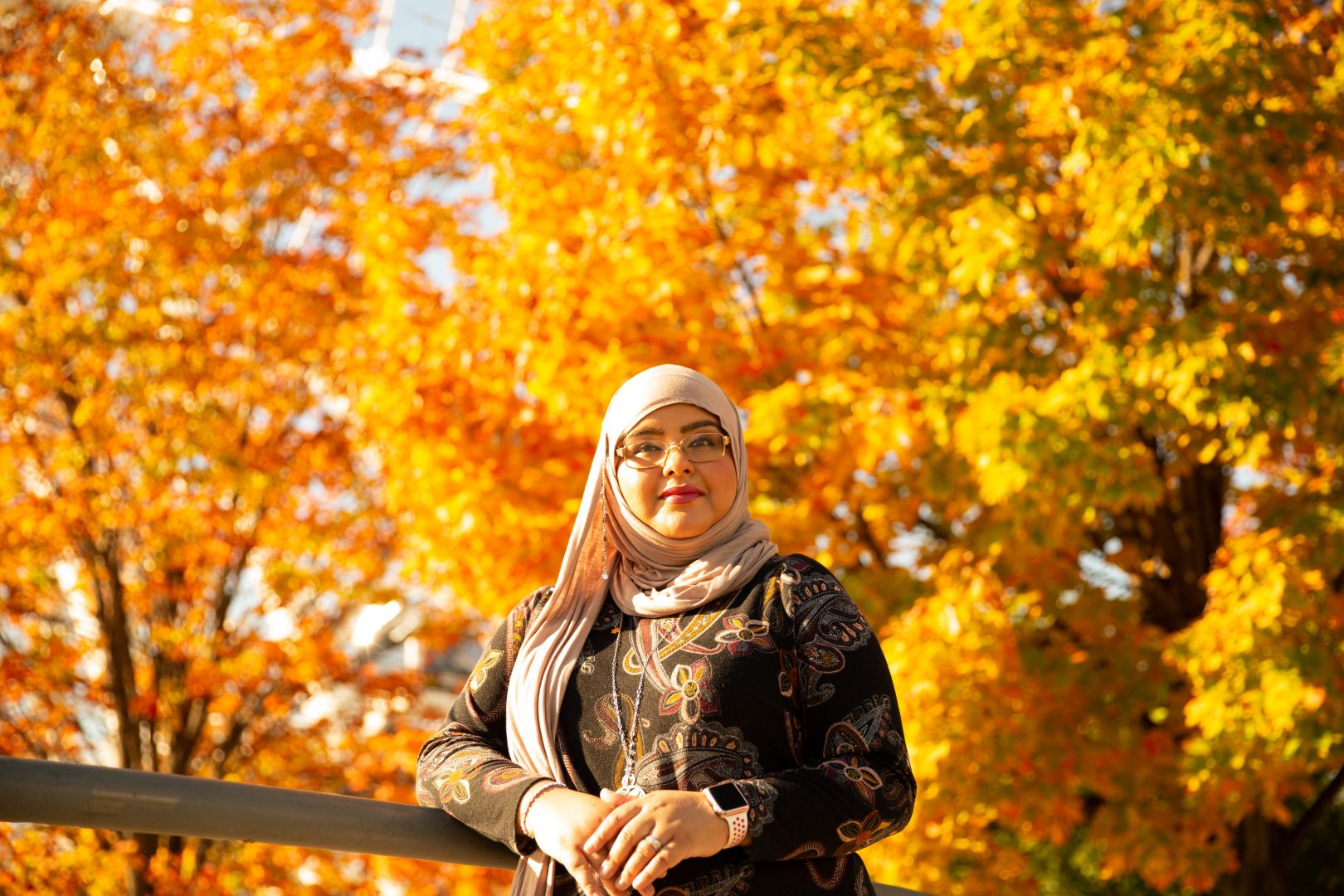 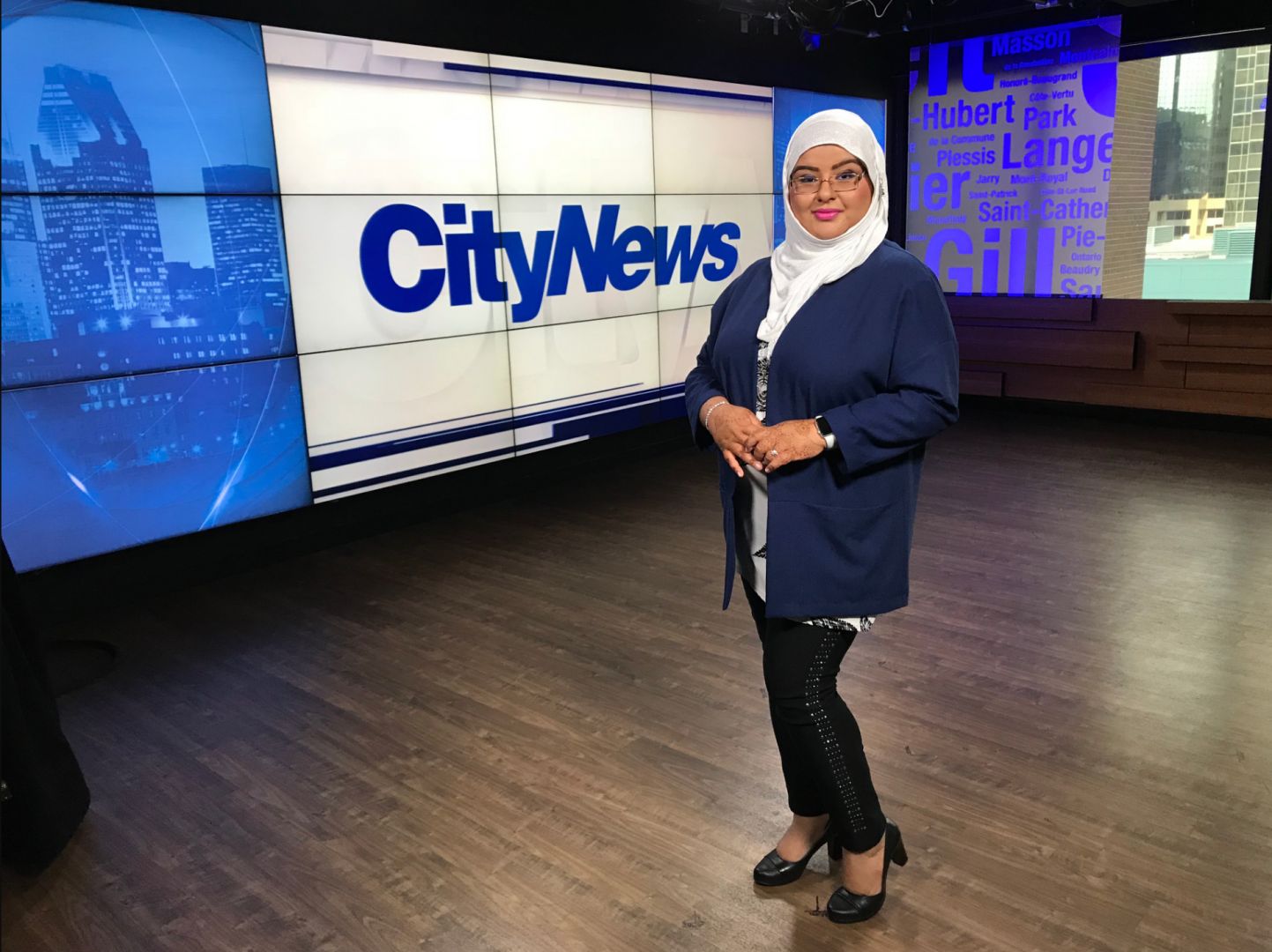