We had the good fortune of connecting with Gina Weber and we’ve shared our conversation below.

Hi Gina, can you tell us more about your background and the role it’s played in shaping who you are today?
I grew up in a very small town called Chilton, in Wisconsin. It’s just outside of Green Bay and yes I am a Packers fan! The Midwest work ethic you hear about is definitely true and I’m grateful to have grown up there. Having to shovel your own car out from under a snowbank in -30° weather and get yourself to work or school on time without complaining, is a feat but daily life there. I grew up in the country. My mom, dad and 4 sisters. We didn’t have a ton of money but Christmases and birthdays were always bountiful and filled with love and presents. We were always digging in the dirt, getting our hands dirty, and I just lived that country house and land. These are things that shaped me. The parts of me I admire the most. Being resilient, hard-working, and being down to earth. Something that isn’t always found in LA. But even though, I feel like here in LA all my dreams can come true and the sky is the limit. I Love LA and California so much. At this point in my life I couldn’t go back to the Midwest but I definitely hold it close to my heart. 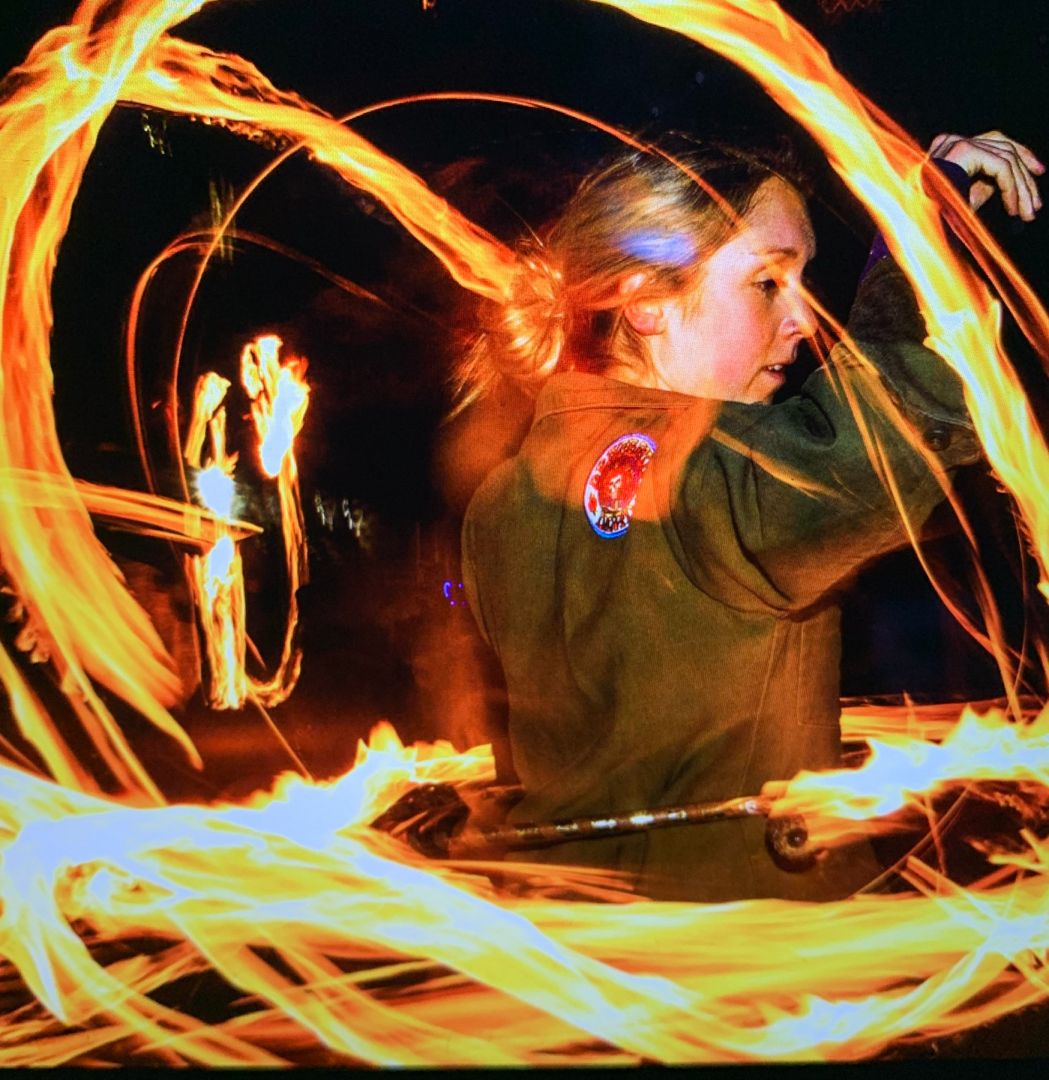 Let’s talk shop? Tell us more about your career, what can you share with our community?
I grew up dancing and acting. I was quite a hyper and dramatic child. So it was no wonder I went to school for musical theatre. During my time Going to school for theatre I met the group of people of who shaped me. Who taught me to be whomever I wanted. Going to see live music and attend festivals was where I rediscovered Hula hooping. But not just the around-the-waist traditional hooping. The hoopers I saw had so much expression – I had to learn! And became obsessed. It brought out this child-like feeling of freedom. I have used this art form to teach workshops, in commericals, TV, Movies, in half time performances and more. I want to bring that back into the main stream. Hooping is definitely back in the main stream radar. But I want to bring it back to kids party’s, adult happy hours and more. I want people to get in touch with their inner child and their adult artistic expression. 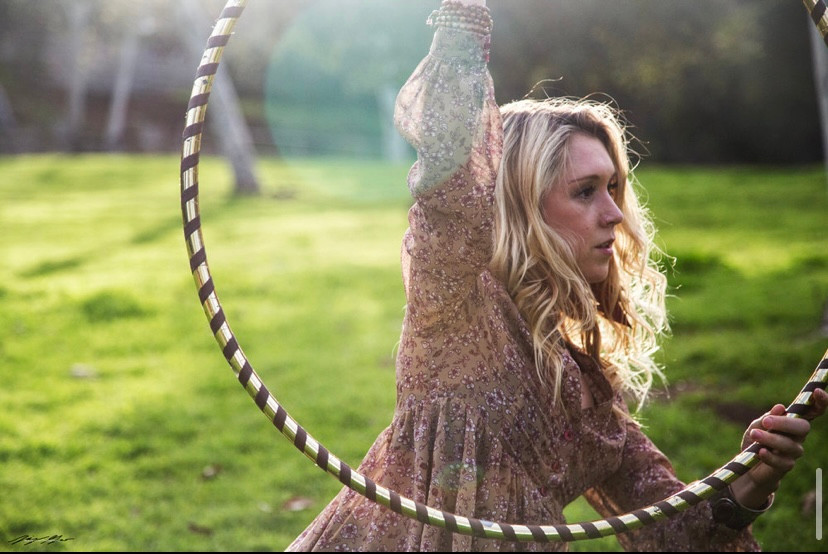 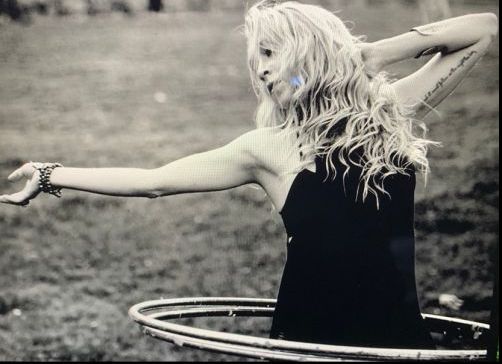 If you had a friend visiting you, what are some of the local spots you’d want to take them around to?
First we would take a trip to El Matador beach in Malibu. Followed by sushi at Nobu. I would def take them on a hike around Griffith park and the observatory. And then maybe grab some food in Los Feliz. While there, we could catch a yoga class at my favorite studio on Hillhurst- YogaVibe. At night we might catch some love music at Harvard and Stone. And of course some late night tacos. On Sundays I love going to the Hollywood Farmers Market and then strolling to Ameba records. And then at night see a movie at Hollywood Forever Cemetery. And lastly if finish off the trip with a concert at the Greek. 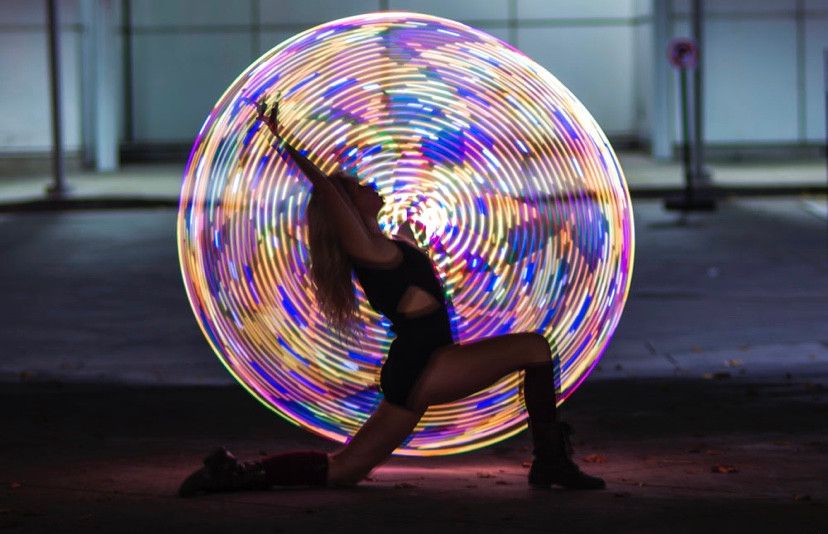 Who else deserves some credit and recognition?
One person that probably doesn’t know that he affected me so much was Jeremy McQueen. A wonderful choreographer who came into town from New York to work on a production of HAIR The musical. We became quick friends. He really saw my potential and encouraged me to move out to LA. He used me as his dance lead, showcased my hooping and knew I was reaching my ceiling in the Midwest. If it wasn’t for his encouragement, I’m not sure I would have made the move. 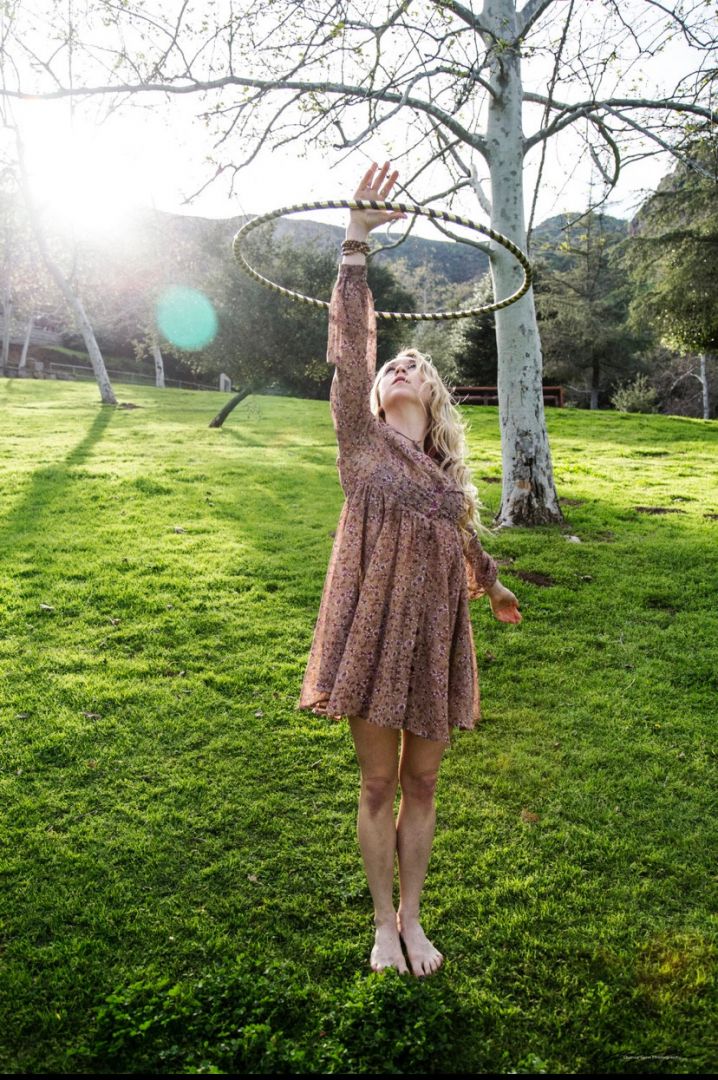 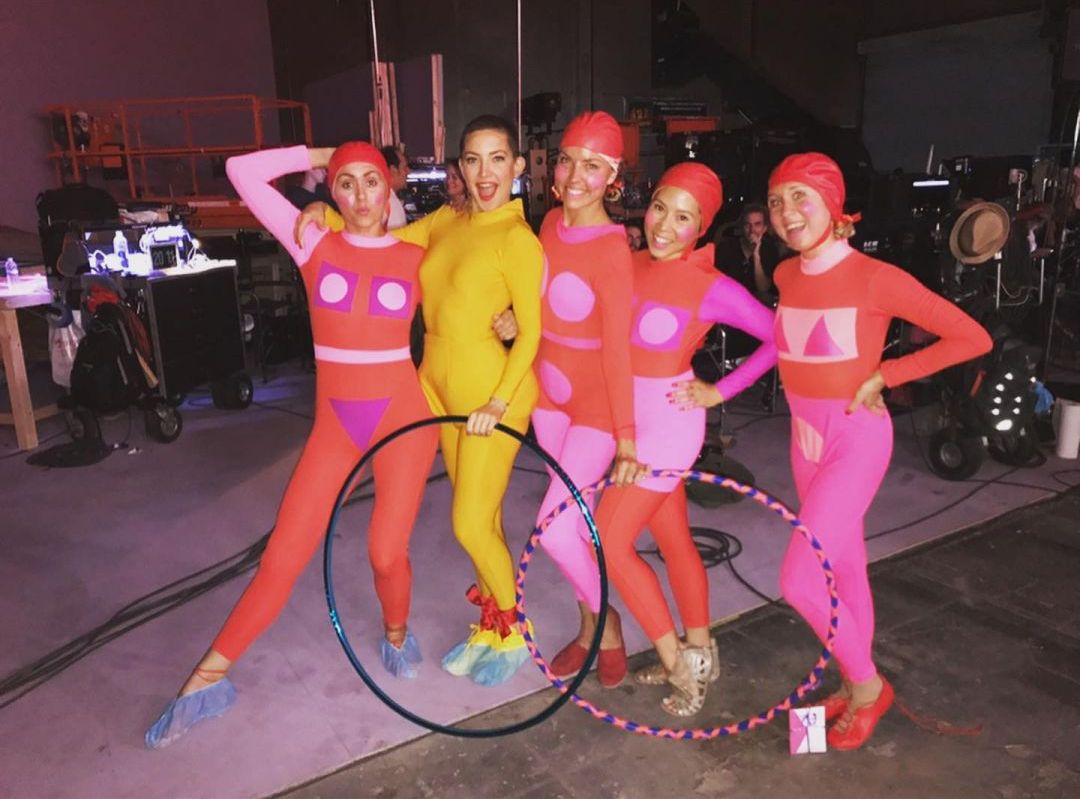