We had the good fortune of connecting with Granison Crawford and we’ve shared our conversation below.

Hi Granison, what is the most important factor behind your success?
To me the most important factor is creativity. It’s important to be creative and think outside the box in terms of presentation, execution, and engagement. One of the ways I used creativity for my League of Comedy was to implement digital baseball cards. This created something for the digital audience and fans to enjoy, and also generated a lot of interest from the performers who would then have their very own personalized card. 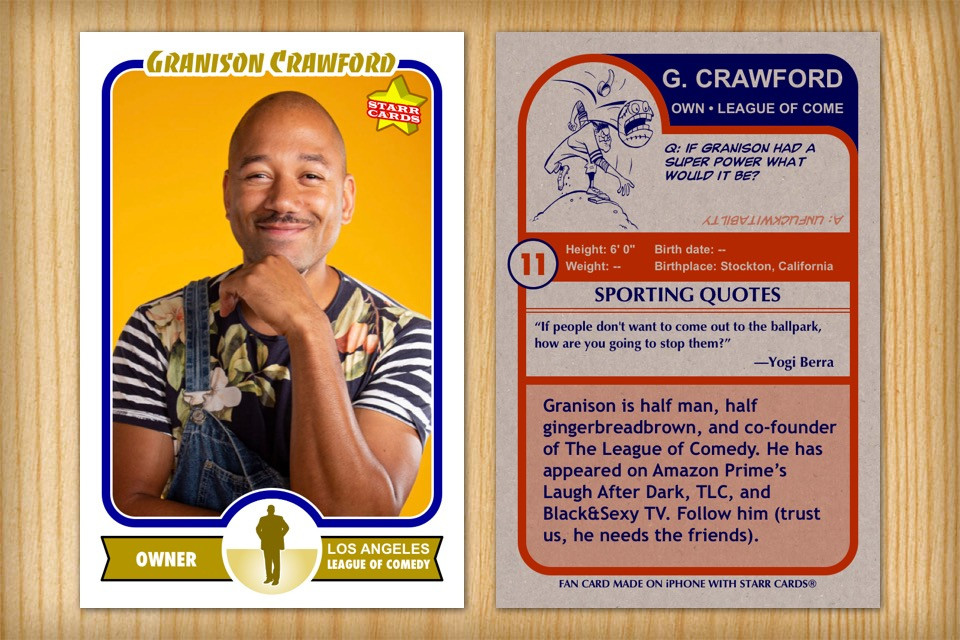 Can you open up a bit about your work and career? We’re big fans and we’d love for our community to learn more about your work.
I’d say that the only thing that sets anyone apart is their perspective, and that typical comes from their experiences. I had the fortune of growing up surrounded by a diversity of people and things to involve myself in, and I that has shaped my interest in a wide variety of subjects. I’m most proud of the friends and family I get to share my life with, and I’m always most excited about seeing how far I can go in any of my pursuits. Recently I produced and released a standup comedy series with some comedy homies we’re hoping to get over to NPR. I’ve never really been someone who looked at things as easy or hard, I’ve just said, “I want to go to that,” and run toward any direction I’ve set my sights on. In my experience, if you get enough people pumped about something you want to do then people are more willing to help which makes things easier to accomplish. I believe that difficulty shouldn’t be an obstacle that stops you from trying anything. 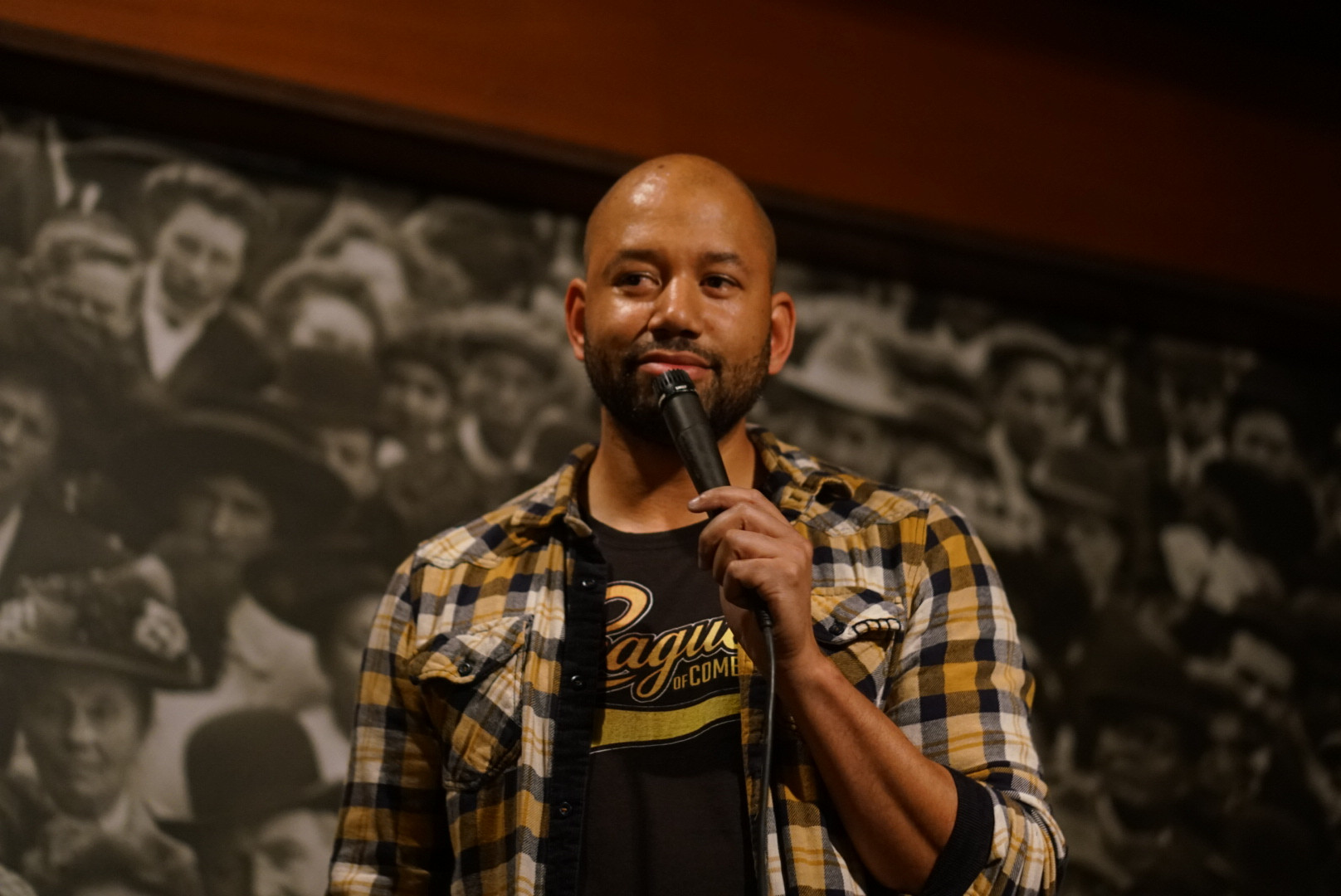 Any places to eat or things to do that you can share with our readers? If they have a friend visiting town, what are some spots they could take them to?
Oh man. I’m the worst host cause most places I go are for occupational or livelihood reasons (jobs or the grocery store), but if there were some places I’d want to take a friend to party at I’d say; Nats Early Bites (for breakfast grub), Breakroom 86 (for 80’s vibes), The Umbrella Company (for drinks and convo), Republic of Pie (for pie DUH), Steve’s Coffee Roaster (for Steve JK for a dope local coffe spot), Higher Path (for herbage), and maybe a bus ride to Venice Beach (after herbage). 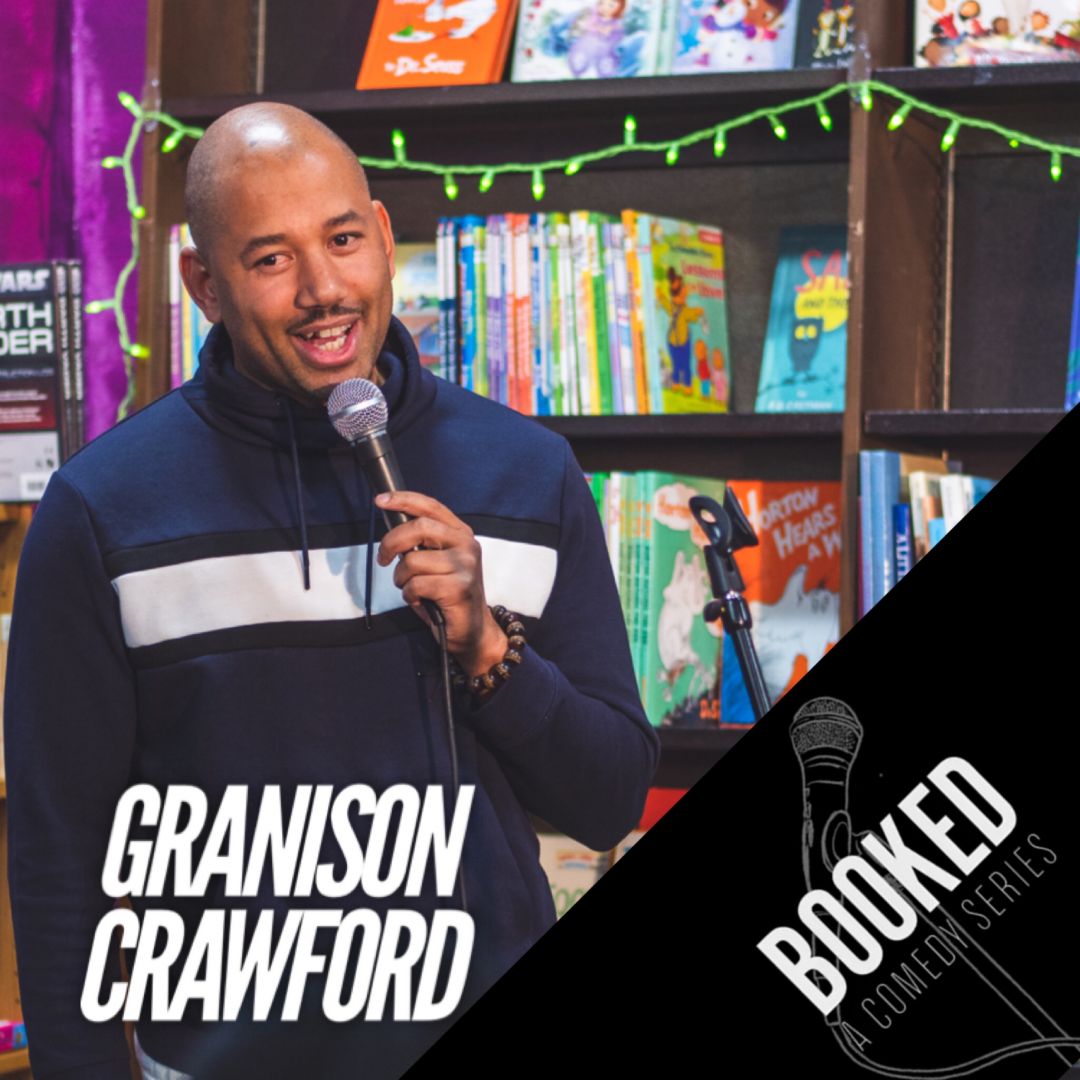 The Shoutout series is all about recognizing that our success and where we are in life is at least somewhat thanks to the efforts, support, mentorship, love and encouragement of others. So is there someone that you want to dedicate your shoutout to?
Wow. This is a big question with a bigger answer. Honestly, my success in anything I do is due to SO many people and not all of them are even in my industry, but let’s start with my colleagues in standup comedy (in no particular order). Mike Falzone has been a great friend in the comedy scene and given me a lot of opportunities as well as an example of how to produce fun and fulfilling shows. Michelle Stevenson has been there encouraging me in my comedy pursuits. Lizzy Wiseman has had my back from day one of comedy. Rose Toberman has been incredibly supportive even when the League of Comedy was just an open mic in a dive bar. Sebastian Corley and Theo Manhattan have been amazing friends and collaborators. Andrew Delman has been a great friend and advised me on aspects of my League. Of course Cory Eckstein who made me start hosting at the run down bar he was trying to save and ended being the best business partner ask for, and to the first comedian and friend I met in LA Sebastion Fort (C-Bazz) for introducing me to live standup comedy. As far as my support base definitely David Logan who never stopped assisting and encouraging me in all my hair brained ideas since college (including providing the location for my first webseries). Anat Herzog for always believing in me and being one of my best friends. Nina Storey for bringing her light and musical talent to my League. Peter Gutter, Devon Kenneth Lee, and John Handem Piete for being beasts at what they do and alway down to bring it to every project we’ve gotten to work on together. And last but not least, to my mom Ruthann for never telling me who I was supposed to be, but was always encouraging anything I wanted to do. As far as inspirational figures and books that inspired me I’d say Elon Musk, The Four Agreements, A New Earth by Eckhart Tolle, and Abundance by Peter H. Diamandis & Steven Kotler. Also, The Comedy Bible by Judy Carter and The Eight Characters of Comedy by Scott Sedita. 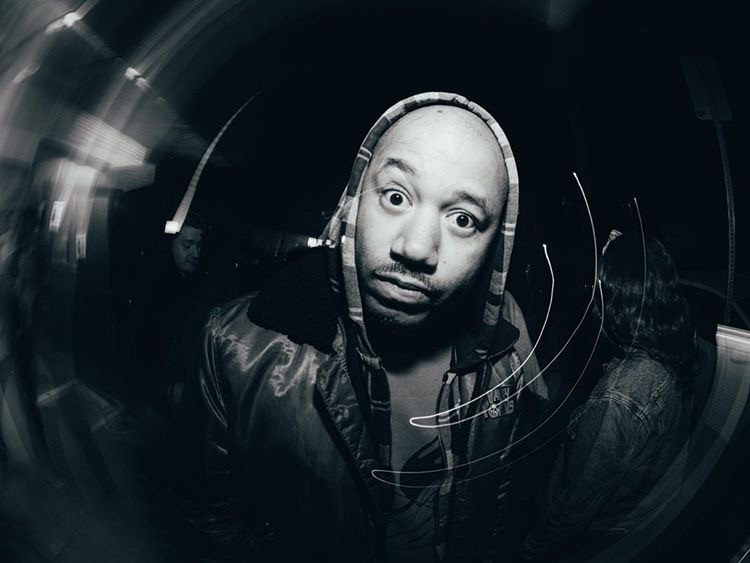