We had the good fortune of connecting with Ivana Dama and we’ve shared our conversation below.

Hi Ivana, what role has risk played in your life or career?

Taking the risk has been an essential part of my life and my career.

In 2017, I saw a project called “Giant” made by an artist from Serbia. In her project, Milica Zec draws upon her experience growing up in war-torn Serbia during the bombing in 1999. Milica and I share a similar experience of living in a shelter during that time, and I previously did a few projects related to the same subject. Seeing her reconstruction of this event was absolutely stunning to me, but sound more than anything brought back my early memories. I begin to shake and feel very uncomfortable hearing the sounds of bombs and sirens. At that moment, I decided to focus my work on the sound. Previously I would see millions of images and videos of the event, but it never made me feel the same as hearing these specific sounds. My eyes almost become less sensitive due to the overstimulation of images in the media and our daily lives. After realizing that sound is an invariably important part of my work, I have since begun to explore audio’s potential in my work. My work became an ongoing experiment in which I wasn’t only focused on the final project; the process became an essential aspect of my work. When it comes to risk, I definitely felt uncomfortable stepping into the music world as a visual artist. I thought that I would be judged for not having a strong musical background, but the desire to express myself was more substantial than a fear. The role of risk-taking played for me when I decided to challenge some of the traditional ideas in music. I was not too fond of the idea that only skilled and trained musicians could play an instrument. When John Cage invented the prepared piano, he opened a door of possibilities for many future artists, allowing them to think beyond the instrument’s constraints and instead focus on what the instrument can become. These early concepts of improvisation and experimentation in music led me to the question of who can be a performer. I recently did a project called Audio Map, where the public can create music compositions by using their geographic location and orientation to generate the sound. This web-based application can be used while walking, driving, or biking around the neighborhood, and it doesn’t require any previous knowledge or training. The real challenge for me was communicating this idea with people who would argue that writing and composing music is not as easy as playing a game. Not knowing the real answer to that made me even more enthusiastic about pursuing this field even further. 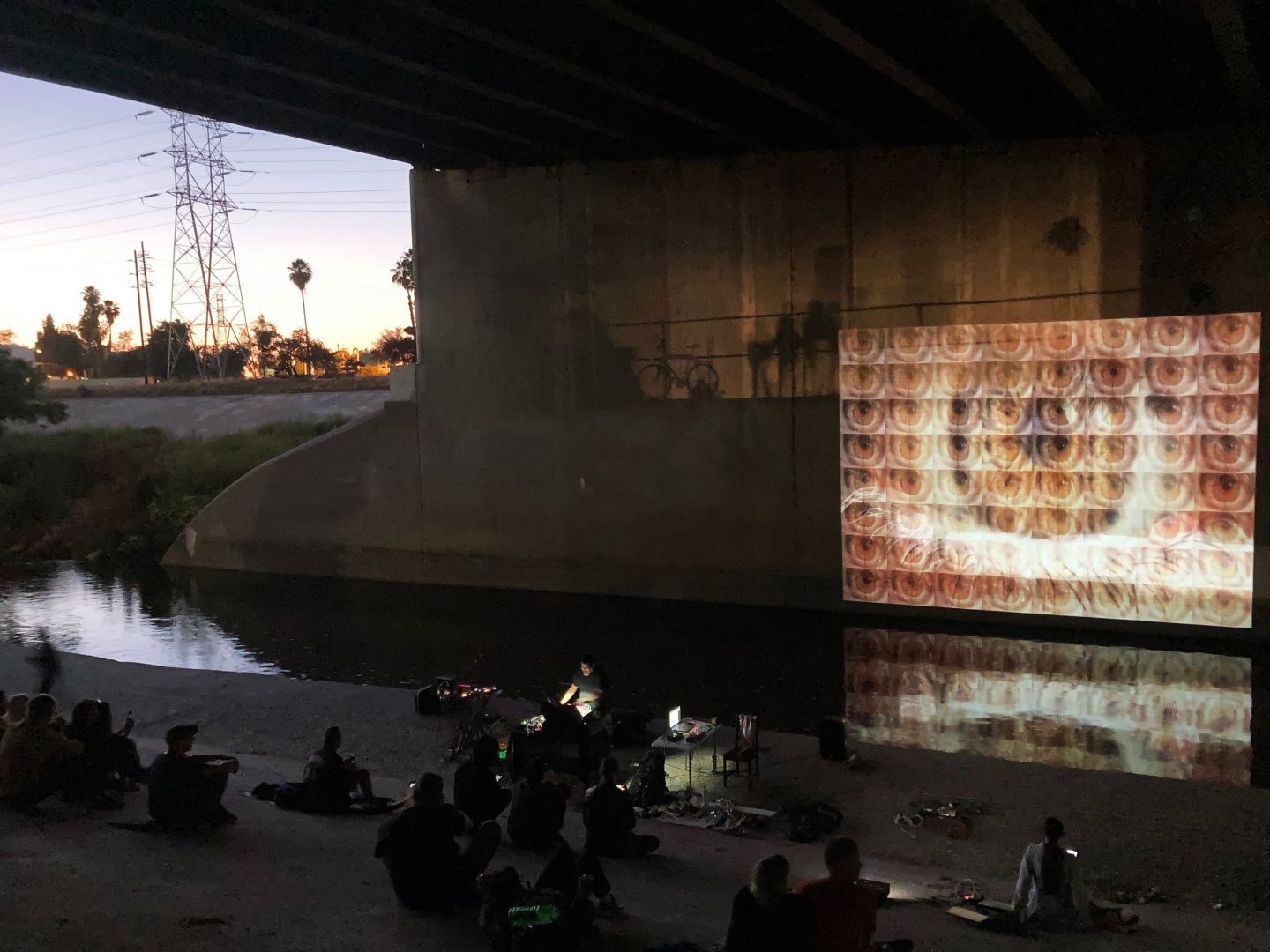 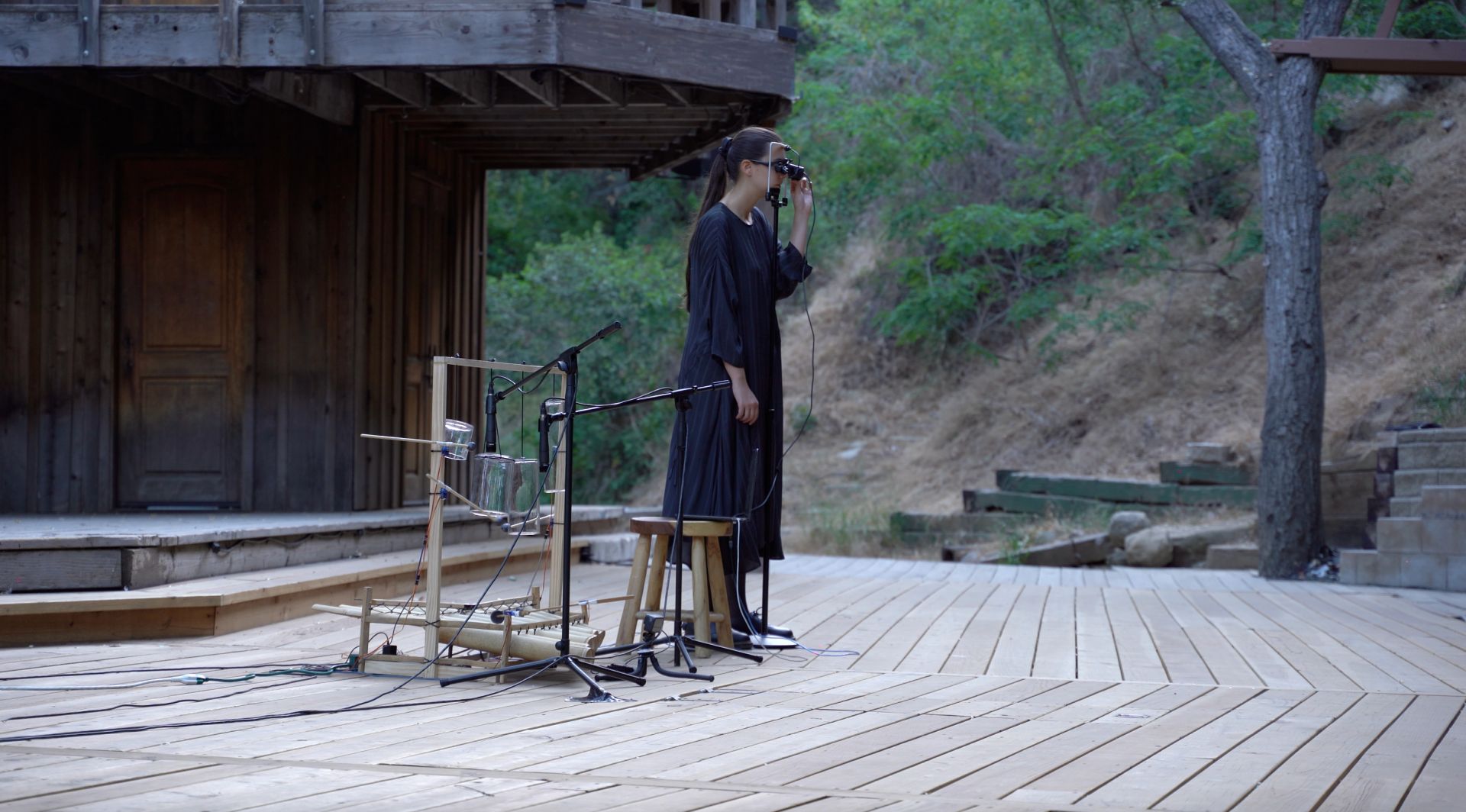 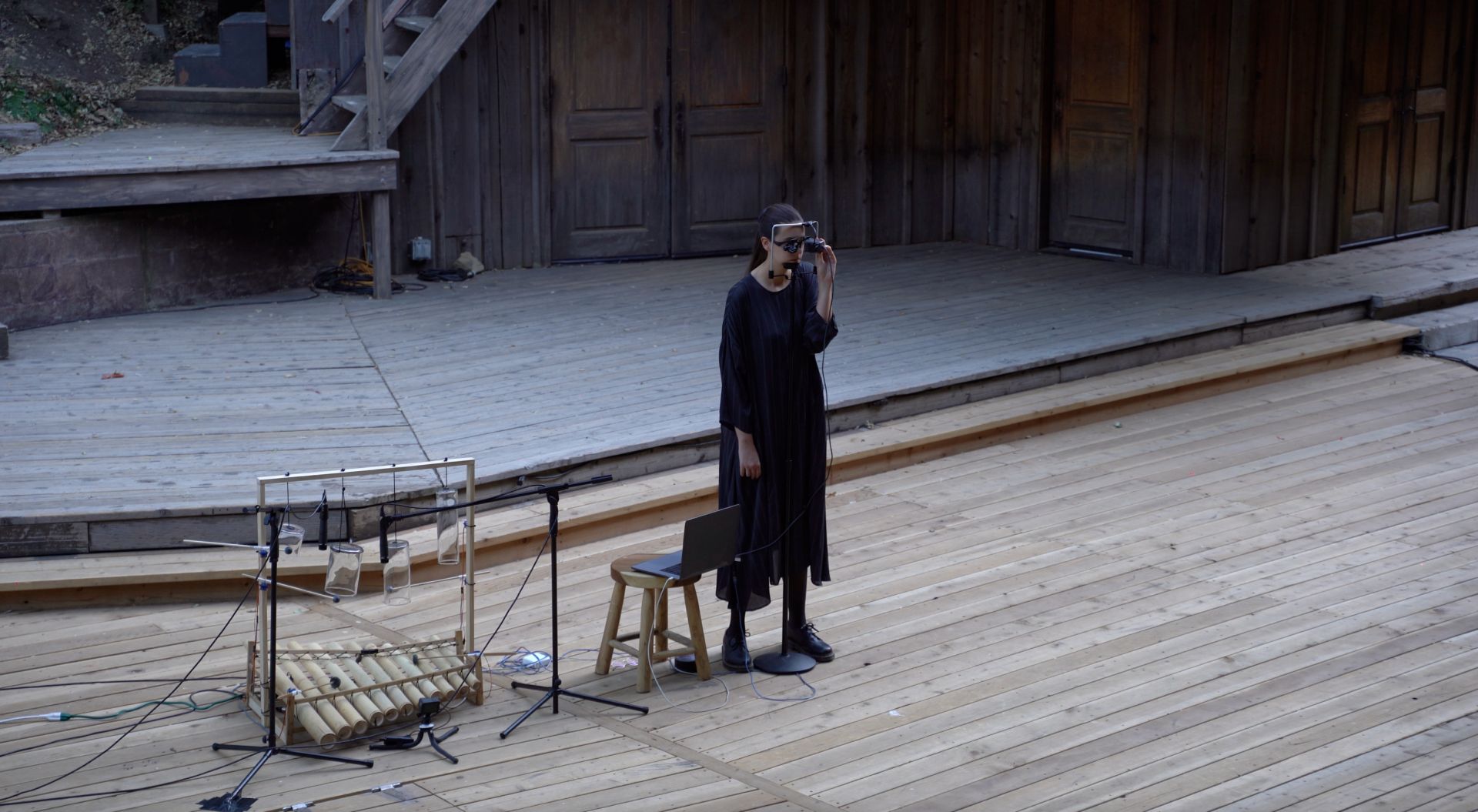 For the last few years, I was so busy trying to accomplish everything I imagined. Almost daily, I would set unrealistic goals for myself, and in the whole process, I forgot to recognize and acknowledge some of the successful moments. I would be so occupied thinking about what’s next that I could never enjoy the present time. Last month I graduated from one of the best Universities in the nation with the highest Latin honors and found myself struggling to admit what it took for me to be where I’m today. When I turned back and realized how much work I accomplished in such a short amount of time, I was excited and scared at the same time. While I was in school, I learned how much I love being in that environment and how amazing it is to have access to all the tools, studios, and labs in one place. I decided to continue my education further, and this year, I’m preparing my applications for Ph.D. programs at different research institutions. When it comes to my art practice, I’m currently working on a new idea where I’m drawing my composition on the soundtrack area of the 8mm filmstrip.

My thesis project, Command and Control, explores the idea of playing a musical instrument with your eyes— using custom pupil tracking software to move motors that would play the sound. The project reflects on the power that we have in eye movements that we often take for granted. The goal is to focus on involuntary blinking and realize that our control is limited and that there is only so long that we can go without blinking. By setting up a set of rules, the performer is able to make precise decisions such as trigger multiple motors at the same time or trigger a combination of movements. Sensory understanding of the world has grown in an increasingly digital age, and many of the current technologies are focused on bringing sensory experiences into the digital world. The perception of our experiences varies, and this project explores the potential of using digital data to affect the change in the physical world. This project challenges the traditional idea of the performer being only someone capable of mastering the instrument. Instead, it offers the possibility to help people with disabilities by allowing them to communicate through music.

Let’s say your best friend was visiting the area and you wanted to show them the best time ever. Where would you take them? Give us a little itinerary – say it was a week long trip, where would you eat, drink, visit, hang out, etc.
One of the most embarrassing things for me to admit is my admiration and obsession with ice cream. It began with me finding all the good spots in my neighborhood, and it spread first around the LA area, and now it has grown to the national level. If you visit LA, you have to try Date or Pistachio ice cream from Saffron & Rose; Honey and Lavender from Salt and Straw; Old Fashioned Vanilla from Sweet Rose; Rosewater saffron from Mashti Malone’s; Brown Butter Almond Brittle from Jeni’s; Concrete ice cream made out of sesame seeds from The Coolhaus Shop; Mezcal ice cream from Mateo’s; Sticky Rice and Mango from Wanderlust Creamery…. 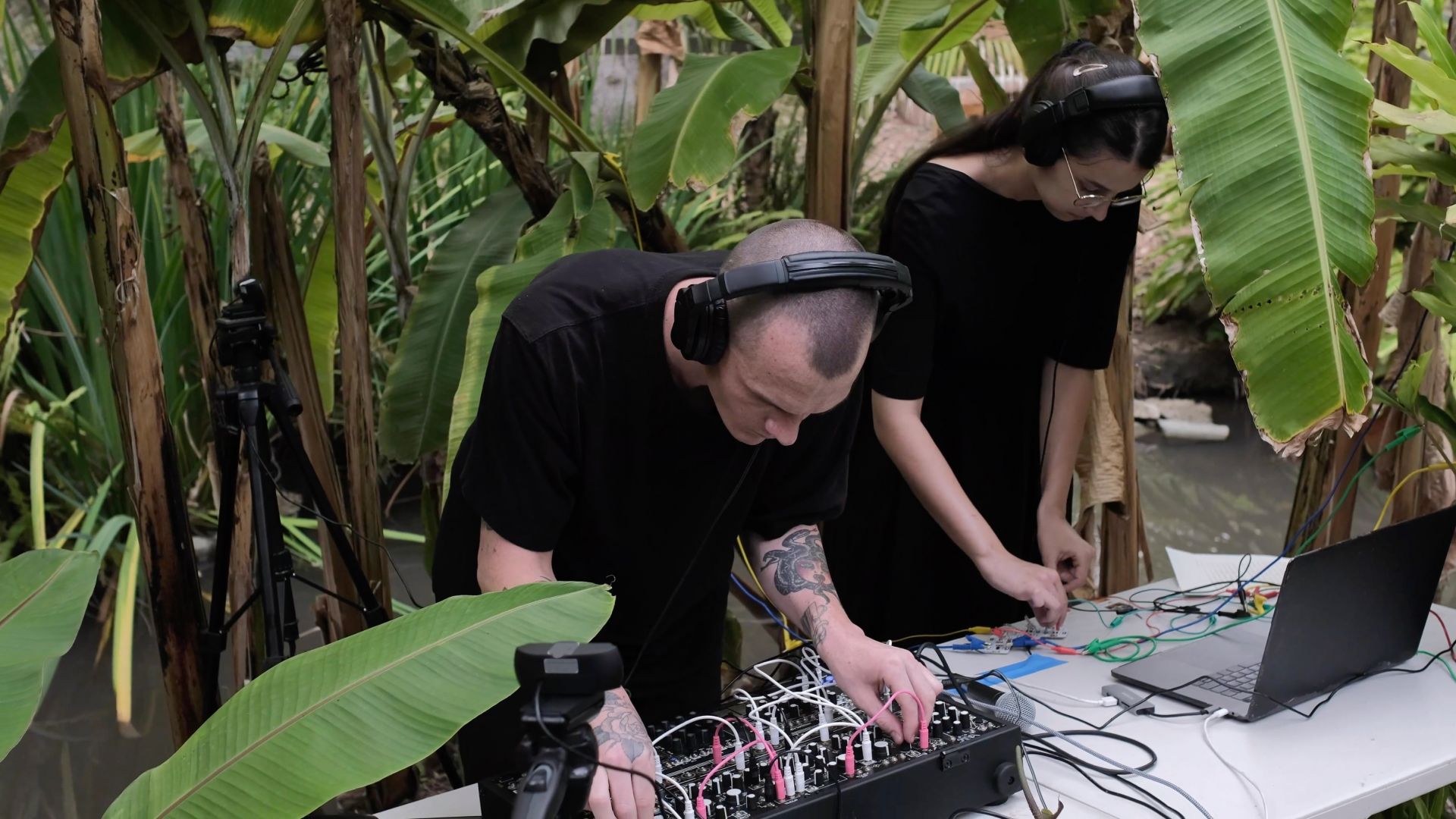 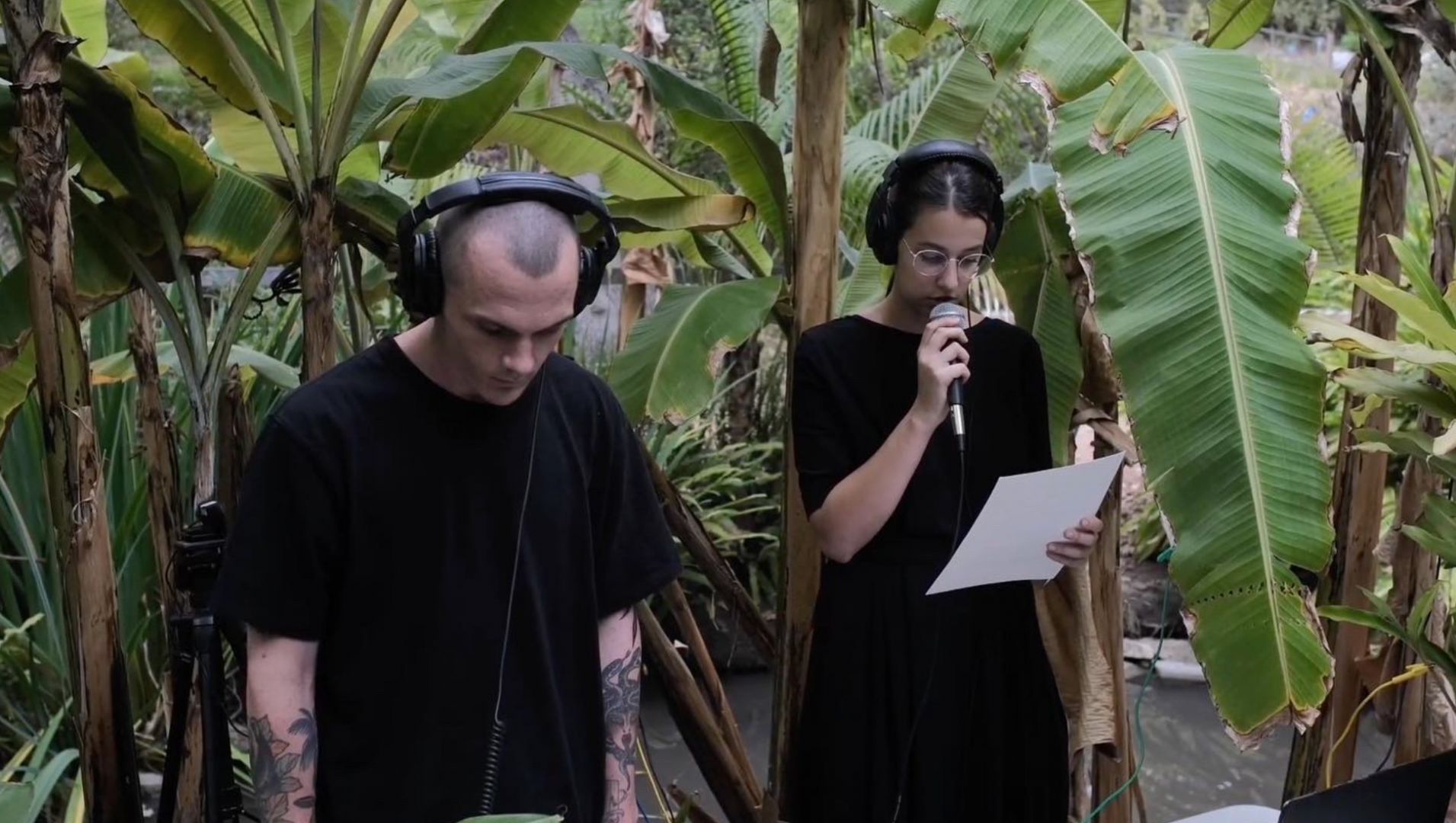 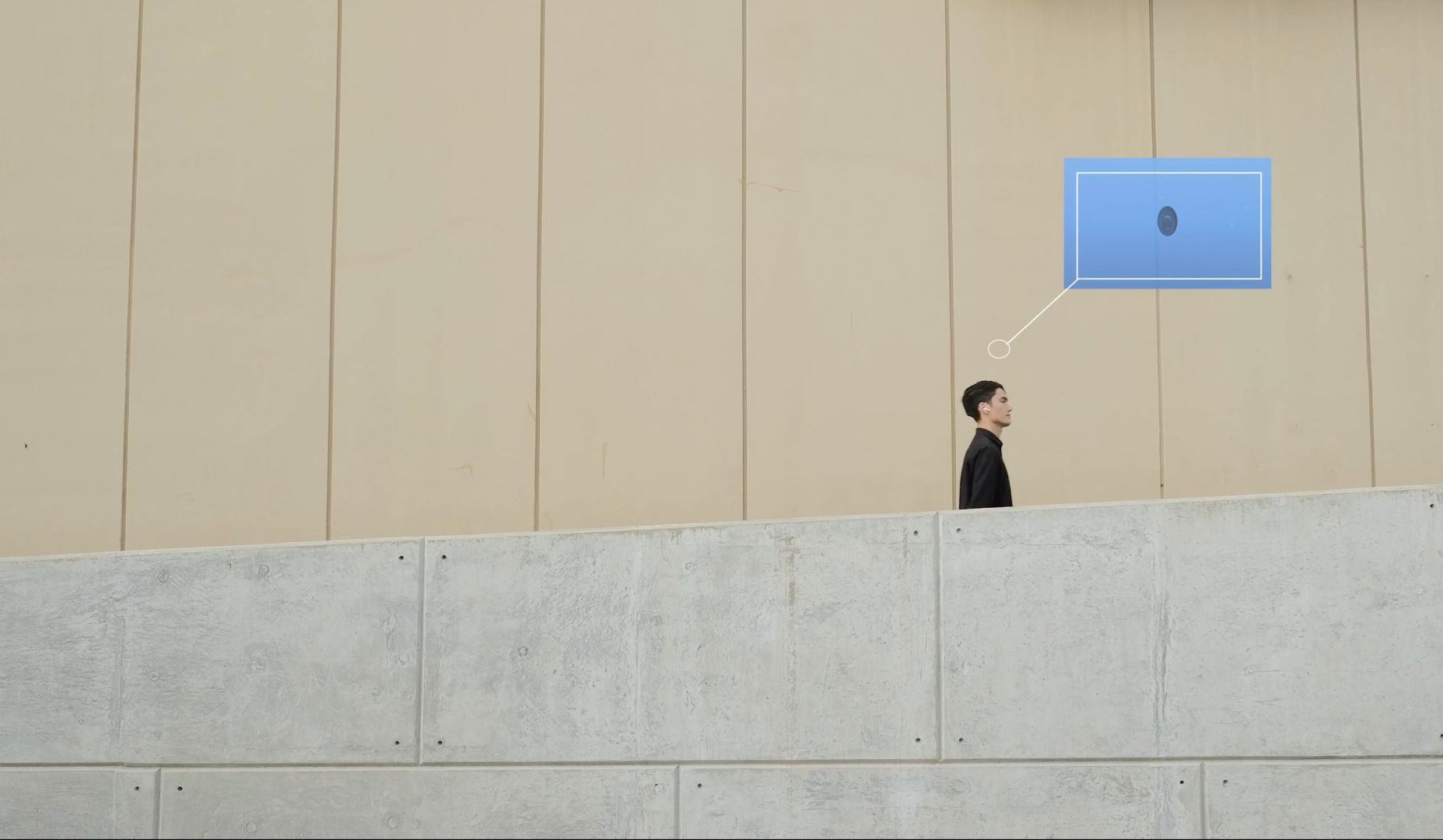 Who else deserves some credit and recognition?
Shoutout to Clinton Van Arnam for all love and support in everything I do; Chris Badger for opening every door and believing in me before anyone else; Victoria Vesna for accepting me as part of her ArtSci family and being there for me when I needed it the most; John Brumley for unconditionally sharing his knowledge and giving the most helpful pieces of advice; Casey Reas for being such an inspiration as an astonishing artist and the educator I can only hope to become one day; Chandler McWilliams for being absolutely the best mentor during my thesis project; Noa Kaplan for every wonderful word of support and encouragement; UCLA Research Scholars Program for recognizing my love for research and for awarding me a Dean’s Prize for Excellence in Research; UCLA Design Media Arts department for every scholarship that enabled me to pursue my work further; all my friends and family that is unreservedly supporting and believing in me.