We had the good fortune of connecting with Jacqueline Isaac and we’ve shared our conversation below.

Hi Jacqueline, what role has risk played in your life or career?
Returning to Egypt to fight against female genital mutilation between college and law school changed me. Working on it at a local level by convincing religious leaders of the dangers and misconceptions of this practice, was such a critical risk to have taken. So did flying into the war zones of Iraq during the invasion of ISIS to stand with survivors of sexual violence in conflict. Every time I took a risk that I knew I was born to take, I was met with opposition. Little did I know, the ability to take risks would be the most important skill I would learn for my future. I learned that there is nothing wrong with searching and taking that leap of faith without knowing all the answers. Take a risk and go on that search. We are all born with fire and should never be conditioned to dim it. Rather, we must discover and learn how to let it blaze and morph into who we are created to be. Each of us have great value. I challenge everyone to find their calling that they are equipped to thrive in. Do not be afraid to go out there to discover it. You do not need to have all the answers or even know which direction your headed exactly to search. I challenge you to break away from structure and break in to the search. Go on that discovery to find what you are destined for. 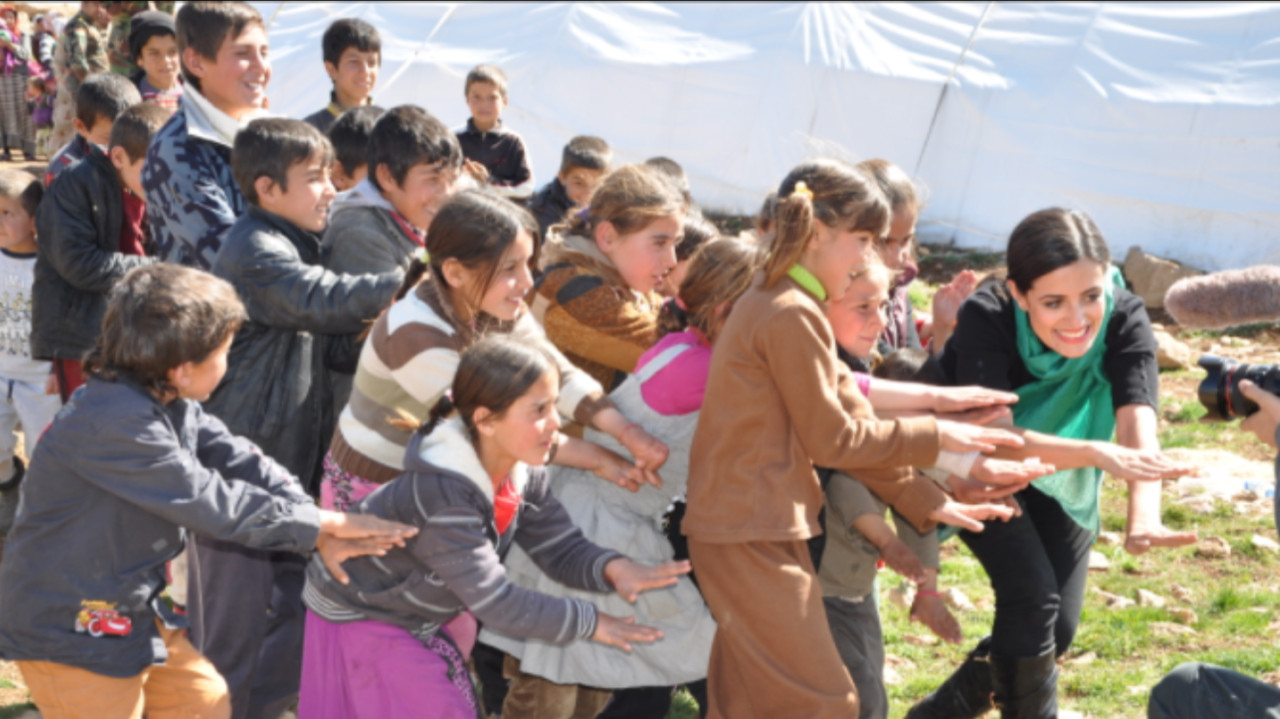 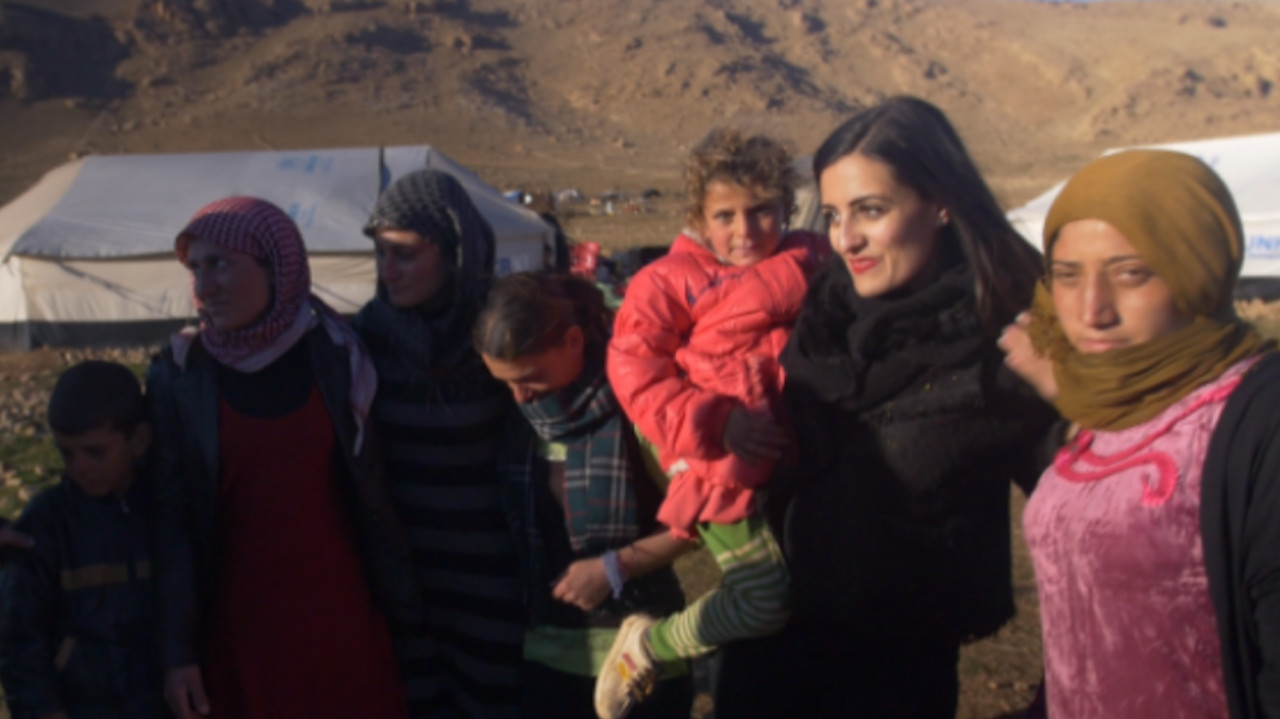 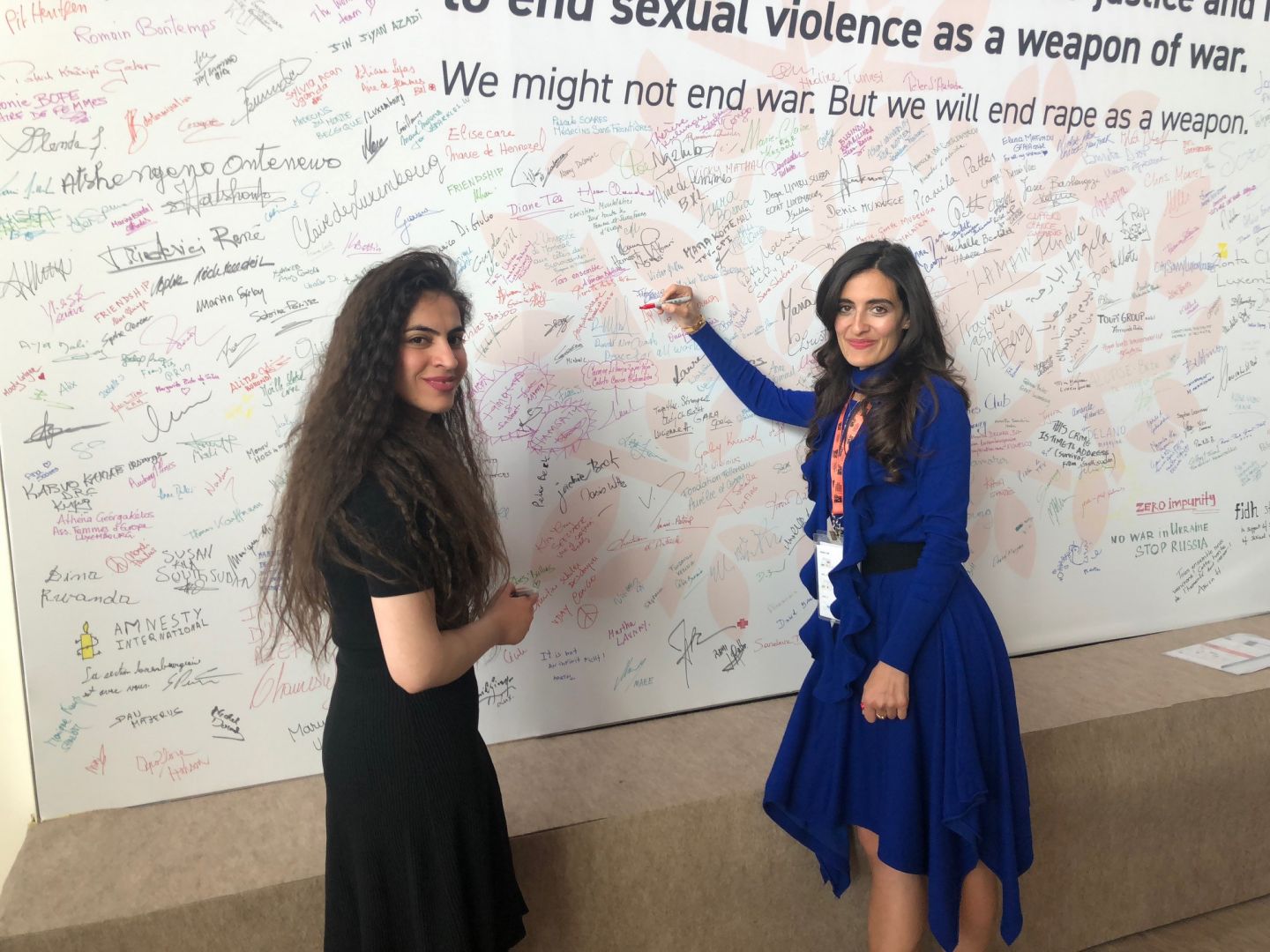 Can you open up a bit about your work and career? We’re big fans and we’d love for our community to learn more about your work.
I am a lawyer, speaker and vice president of Roads of Success (ROS), a humanitarian NGO which provides aid, medical assistance, education and advocacy for women and persecuted minorities. I also run an estate planning law firm in Southern California. Traveling to Iraq during the war by ISIS to stand for girls and women who survived sexual violence and horrendous atrocities was the most fulfilling moment in my life. When I returned from the frontlines, I testified at the US Congress, appeared before the United Nations Human Rights Council and spoke at the United Nations, the UK Parliament and European Union about the situation and the courage and strength of survivors. It was then when I urged for the support of survivors, the prosecution of ISIS fighters and the preservation of evidence. Through testifying, bringing witnesses and creating media and political campaigns with others, we helped push two unanimous resolutions at the UK Parliament and US Congress that declared ISIS committed genocide against Yazidis, Christians, and other minorities. Still today, evidence is being gathered and preserved. It was difficult and still is difficult to be on this journey of living out what one is born for. Yet I learned that fueled by love, we must take on the frontlines (even in our own communities). The concept of a ‘calling’ is real. It is the very essence of why we are alive. When we lack life satisfaction, it is because we have detoured from the path to fulfil our calling. Do not be afraid to spend time in solitude to process the calling and discover what is destined for you. Do not forget that our ultimate callings start by little steps. It is these little dreams realized, when added together that produce significant results. Live out your calling to the fullest. Always remember that every detail of your story matters for your life journey ahead.

Let’s say your best friend was visiting the area and you wanted to show them the best time ever. Where would you take them? Give us a little itinerary – say it was a week long trip, where would you eat, drink, visit, hang out, etc.
Old Town Pasadena is an absolute gem. The history, culinary spots and heritage are unparalleled. I would start by going to my favorite coffee shops-Copa Vida and Intelligentsia. If you are a tea person, the Tea Rose Garden is an experience that takes you to England and gives you the feeling that you are enjoying tea with the Queen. I would then make my way to lunch at Eden Garden, a Middle Eastern delight. For sightseeing, check out the Pasadena City Hall and the old library overlooking the mountains. 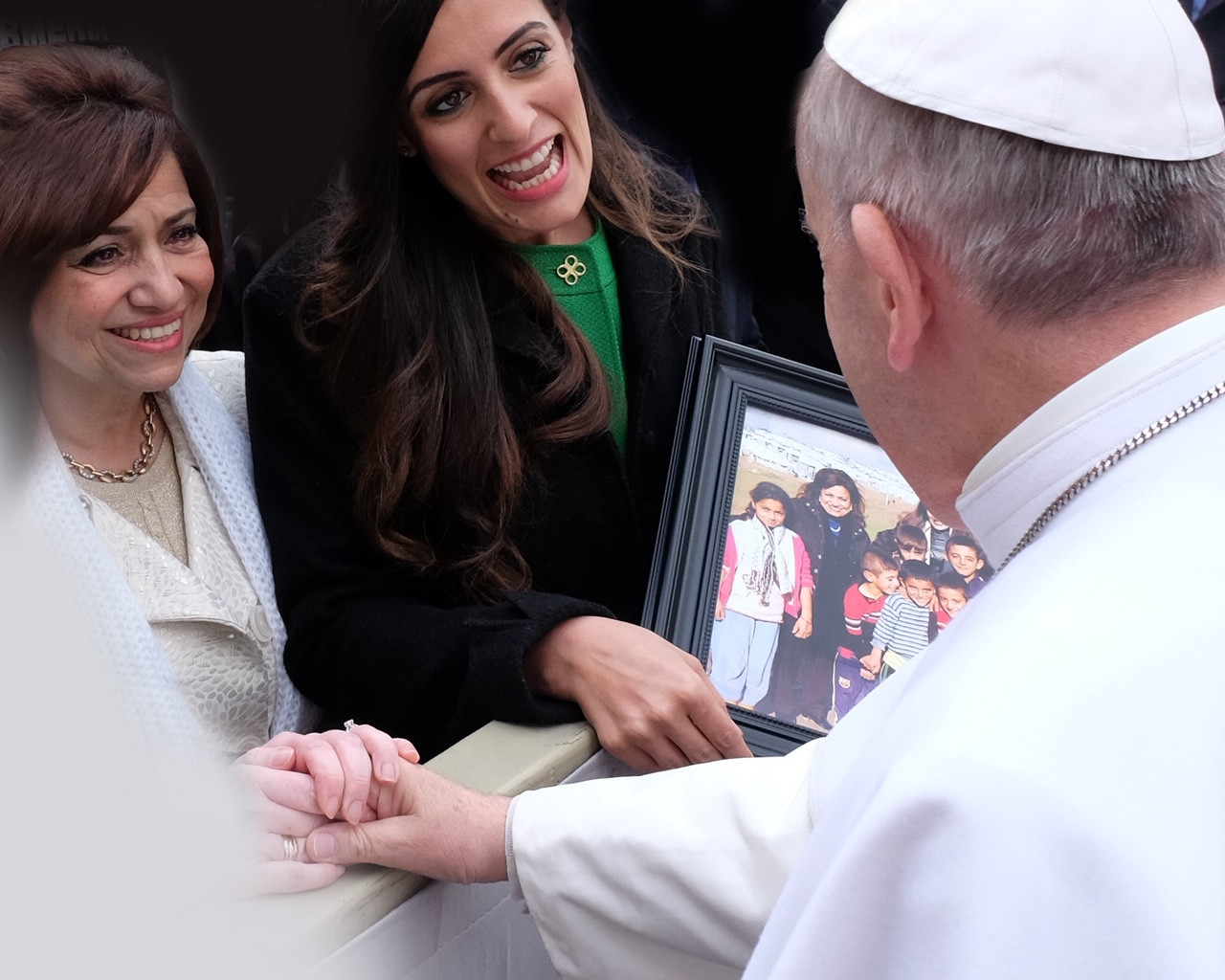 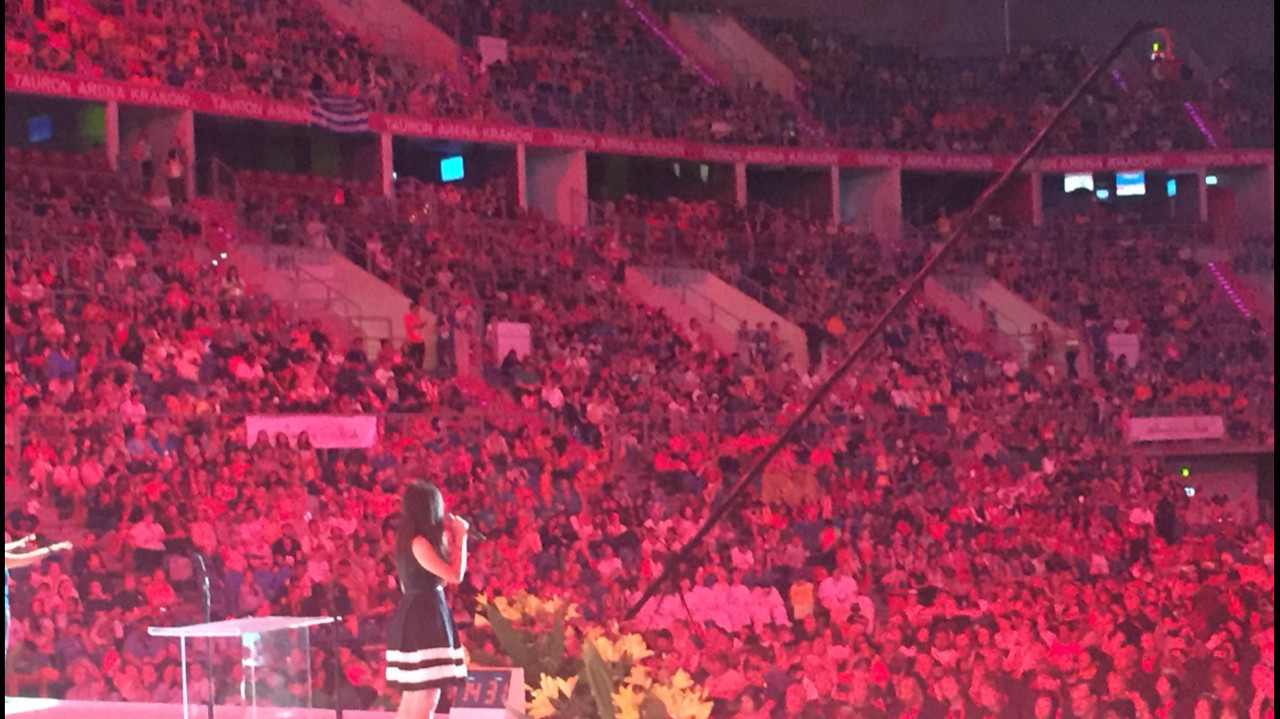 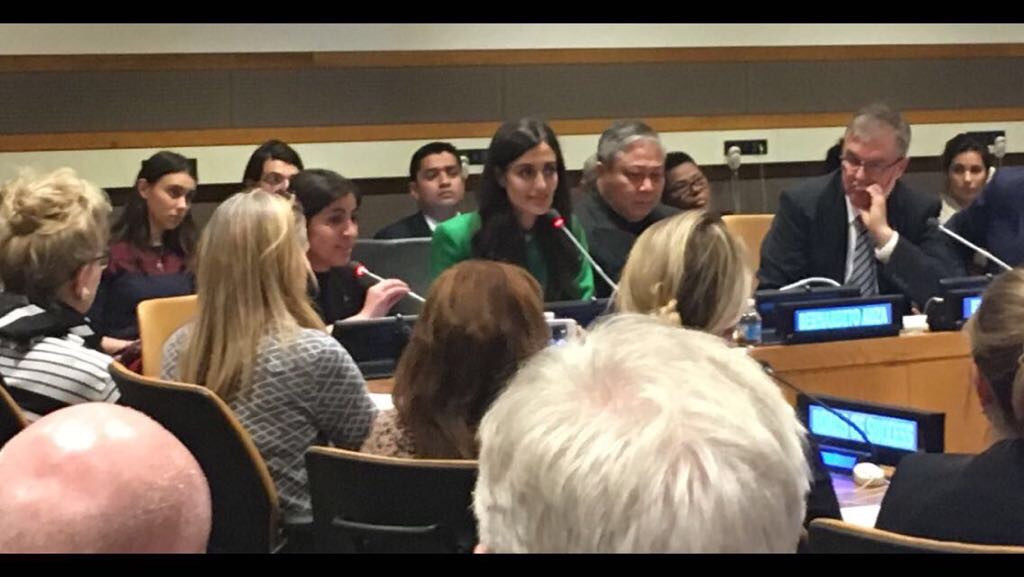 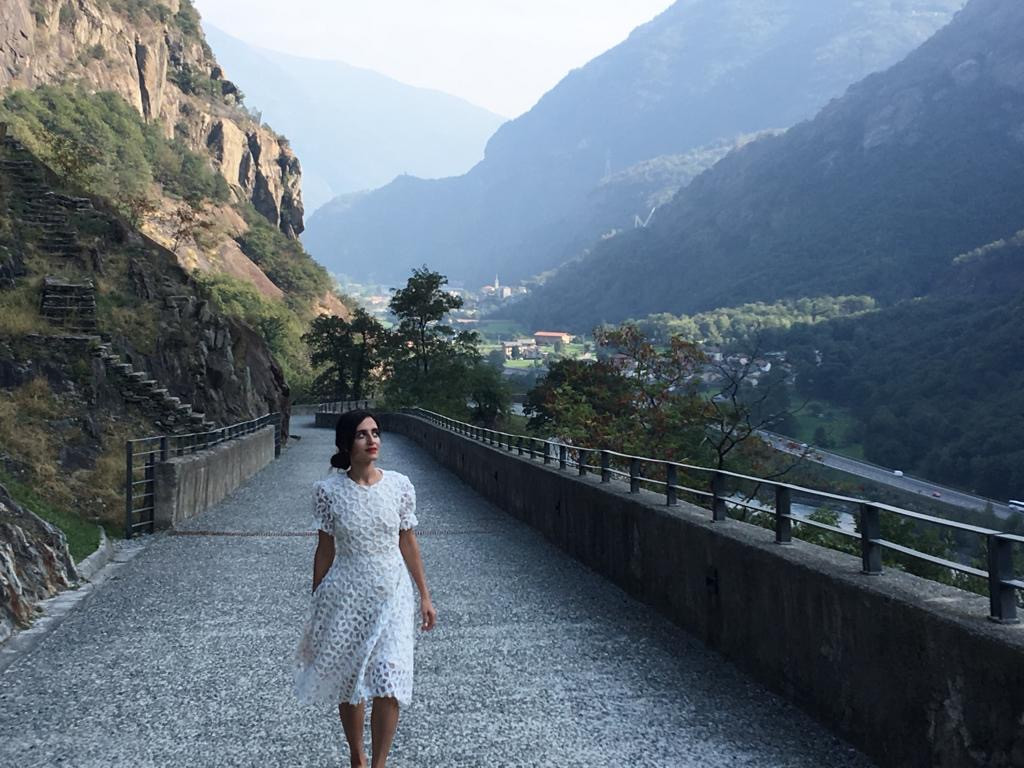 The Shoutout series is all about recognizing that our success and where we are in life is at least somewhat thanks to the efforts, support, mentorship, love and encouragement of others. So is there someone that you want to dedicate your shoutout to?
I watched my mother and father for decades overcoming mountains to fulfil their visions, and I wanted to follow their lead. It was because of their bravery that I began defending those who did not have a platform to defend themselves-survivors of sexual and gender based violence.. I once resisted my Egyptian roots, but I finally began to realize that my family’s move back to Egypt when I was a teenager had in fact shaped my outlook, allowing my understanding of the destiny ahead to grow. Shortly after my gap year, my parents officially founded a non-profit organization called Roads of Success. The mission of the organization is to empower women and persecuted minorities across the Middle East. My brother and I began to join them on humanitarian projects and our lives were never the same. I am who I am today because of my heroes, my parents. Once I was asked to share my experiences on how I discovered my calling and life mission in a conference in front of thousands of people in the United Kingdom. One of the gentlemen sitting in the audience was Eduardo, who was introduced to me by the event organizer. When I met Eduardo, I felt an instant connection. He explained that he had a transformative life journey that led him into finding his own calling which was to bring wholeness, healing and wellness to the minds and souls of those suffering from trauma, stress and anxiety. Eduardo explained that it was his own experiences that led him through a journey of peace and healing. His vulnerability was refreshing. Eduardo had discovered his calling through his own up’s and down’s in life. He founded a wellness movement called Ancient Gates, which brought stillness to the mind. I was amazed at the coincidence as our team had been looking for more guidance on how to help bring restoration, healing and wholeness to survivors. That event changed my life forever. It was there where I met the love of my life-Eduardo-a man who taught me how to find my inner peace even during my most challenging missions.