We had the good fortune of connecting with Jamil Akim O’Quinn and we’ve shared our conversation below.

Hi Jamil Akim, why did you pursue a creative career?
As a queer. black man, from Compton, CA living with Multiple Sclerosis, I’ve often found myself fighting to be heard and seen within a world that has deemed me systemically voiceless. I fell in love with performance art when I was young child. First, within the context of my church. I sung, gave speeches that I wrote, and danced. This led to acting in theater and on television. After having many diverse careers from finance to touring with a Broadway show, “The Book of Mormon”, I realized the global impact and reach of television and film. I also realized that if I am to give voice to those who are systemically voiceless, then I needed to be at the helm of writing the stories. Now, I write family narratives that give voice to people who are destined to be seen and heard in a society and world that at attempts to shut them out. 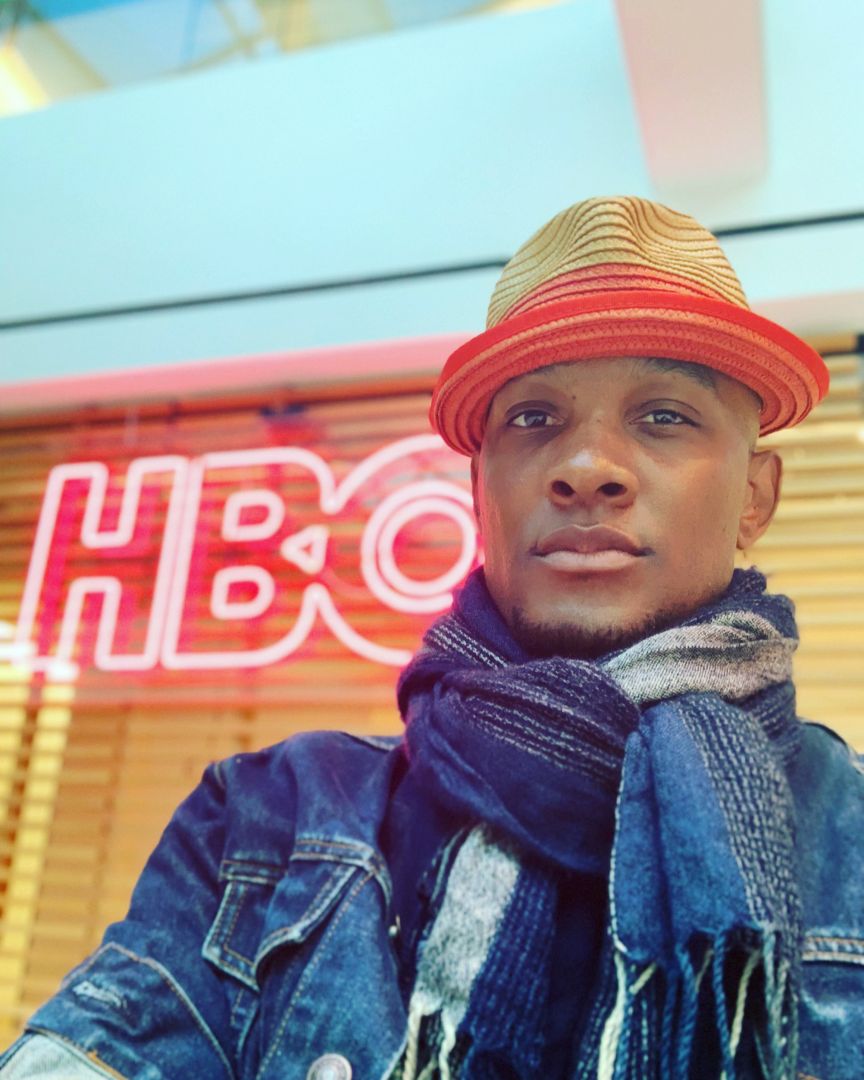 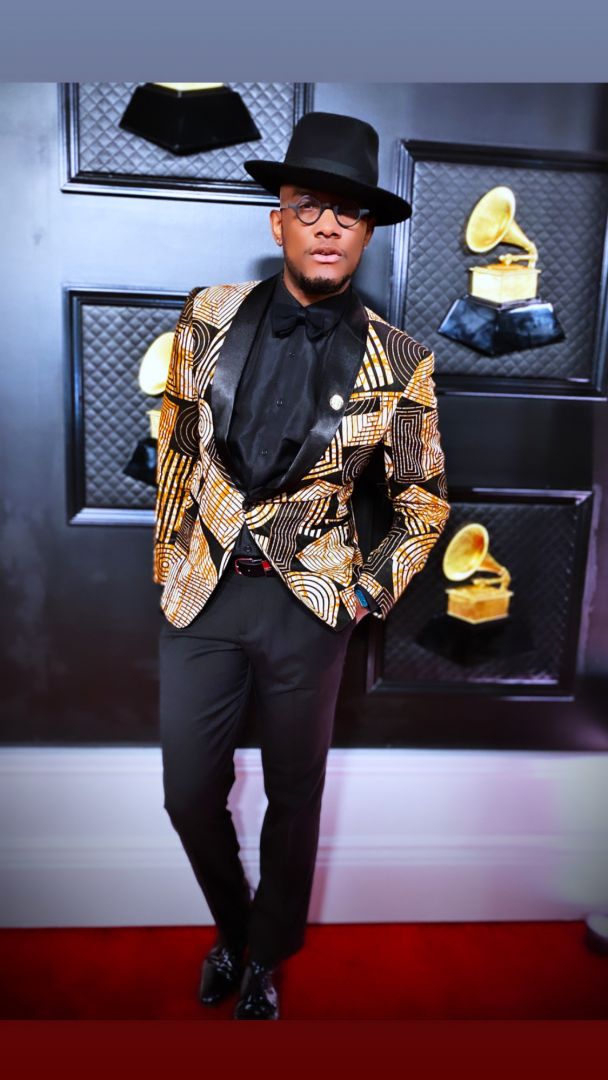 Can you open up a bit about your work and career? We’re big fans and we’d love for our community to learn more about your work.
We love stories about underdogs that rise to the top. It encourages us to get through rough times in life. I realized there are so many hidden figures that shaped and molded the world in which we live, that no one knows about. Yet, we benefit from their work every day in many aspects of life. I like to find these people and tell their stories. This is what makes me come alive. This is what makes me excited about story telling. Who are the people that have made global impact, that the world knows nothing about, and how can I use my computer to write narratives that reveal their power to the world. This is probably because as the nephew of Ralph Bunche, the first black man to win the Nobel Peace Prize, I would always be so proud to say he was my grandmother’s brother, and no one would know who he was. I’d be in awe that such a great man that advised Martin Luther King, and helped with the foundations of the United Nations, nobody would know about. So telling his story, and stories like his helps me remind all people of our impact in the world so we never forget.

While in Film school I have been able to work on productions such as the Oscars, Emmys, Grammy, Little Mermaid Live on ABC. I have directed a documentary film about the impact of basketball in Los Angeles in protecting black and brown lives during the height of the gang wars of 1980s and 90s. I’ve worked with top agencies like Creative Artists Agency. And, my most proud accomplishment thus far is being an alumni of the Television Academy Foundation Internship program which opened all of these doors. Now that I have graduated film school I’ve started working with the writers of NCIS: Los Angeles and my screenplay “And A Child Will Lead” has recently been selected as a quarterfinalist in the Academy Gold Nicholl Fellowship competition sponsored by the Academy of Motion Picture Arts and Sciences. People would say, Jamil how do you do all of this plus go to school full time, and hold a senior position in my fraternity, Alpha Phi Alpha Fraternity, Inc. Well, I figured out that when I’m doing things that I love and am most passionate about there is no time commitment that I am not willing to put in. It is long hours, sleepless nights, a lot of hard work, A LOT OF REJECTION, but I want a long-lasting career in television and film so bad because it is as important to me as the air that I breathe. So, I make the investment in order to get maximum return.

But, out of all of this, what is most important is be of service to people. I have referred many classmates and friends to the jobs or internships they got. I have worked low-level entertainment jobs and treat these jobs as though I’m the CEO of the network and taking out the trash is the make or break deal. This business is tough, so there is no need to make it tougher on myself or anyone else by having a bad attitude. I always approach things with the mindset of, how do I want to be treated when engaging someone? How do I want to be treated? What inspires me to work my best? These are the same questions I ask others that I’m leading so that I am of service to them even as I lead. 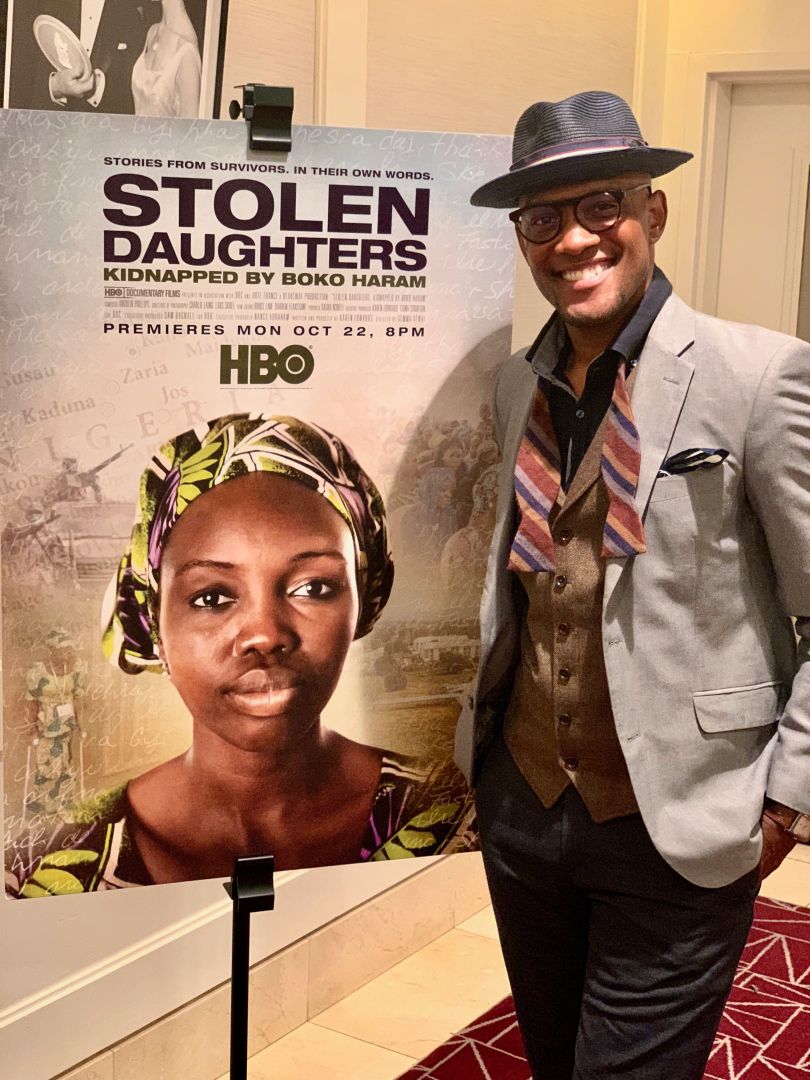 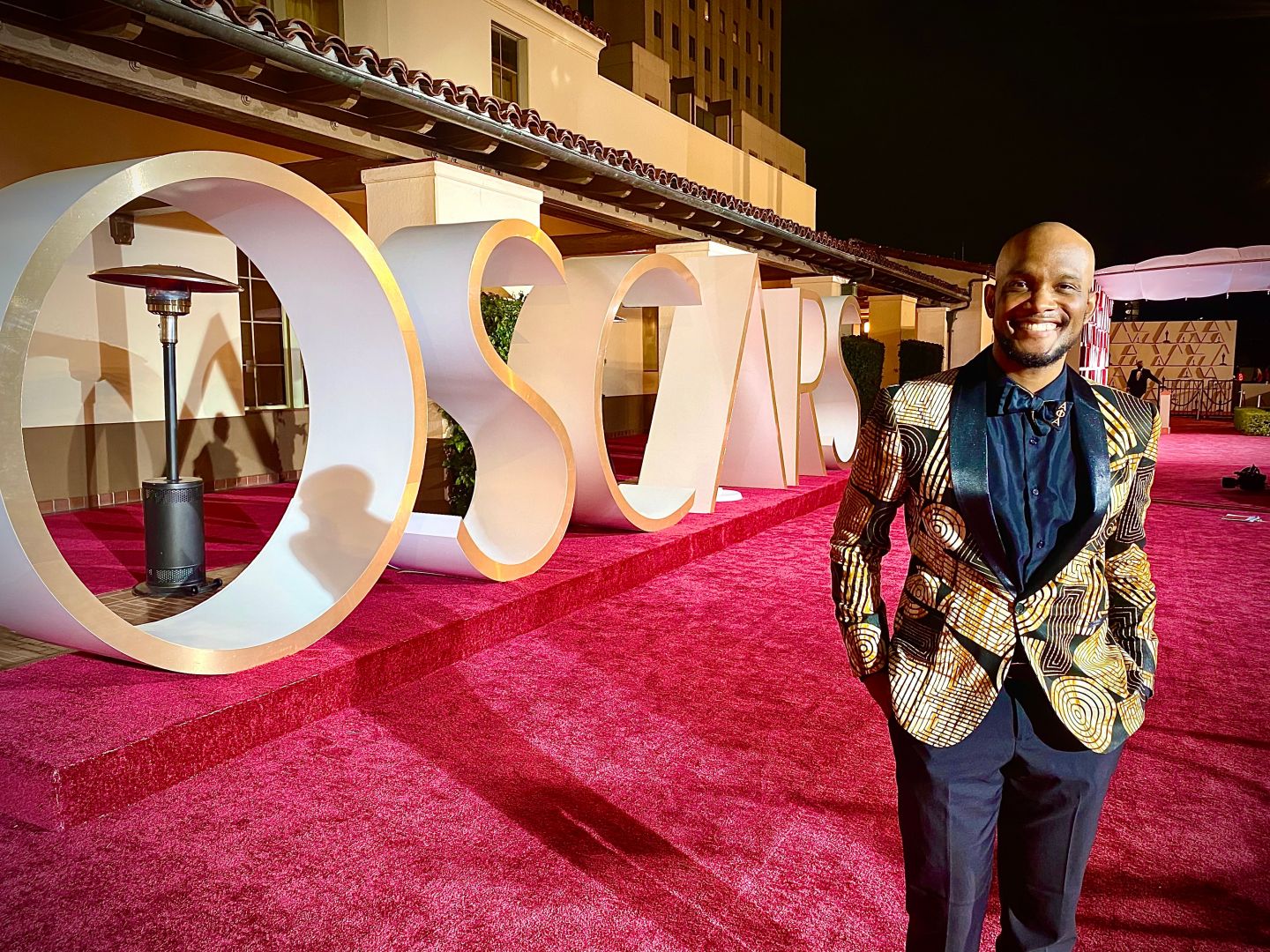 If you had a friend visiting you, what are some of the local spots you’d want to take them around to?
I love to eat, relax and lay low, so visitors always give me a hint of anxiety because I don’t want to be known as the friend that showed someone a shitty time. But, this is what I would do. Sunday, we are starting the week with yoga with Walk Good LA at LA High Memorial Park followed by a nice brunch at Blue Jam Cafe. Then finish Sunday relaxing with a few friends over. Through the rest of the week we’d make sure to eat at Harriet’s, Margo, and for old time sake Roscoe’s Chicken and Waffle. We’d take a hike at Eaton Canyon and stand under the ice cold waterfall. Then I’d make sure to have a day of relaxation with manicures and pedicures followed by a great day of self-care and pampering with a spa day at Burke Williams. Assuming that things are open back up we’d have to hit Knott’s Berry Farm and resurrect our inner child for a day of roller coast riding. Then take a coastal drive to San Diego or Malibu making stops along the water to take in the sights, and whether we go to San Diego or Malibu, we will be eating a nice seafood dinner. 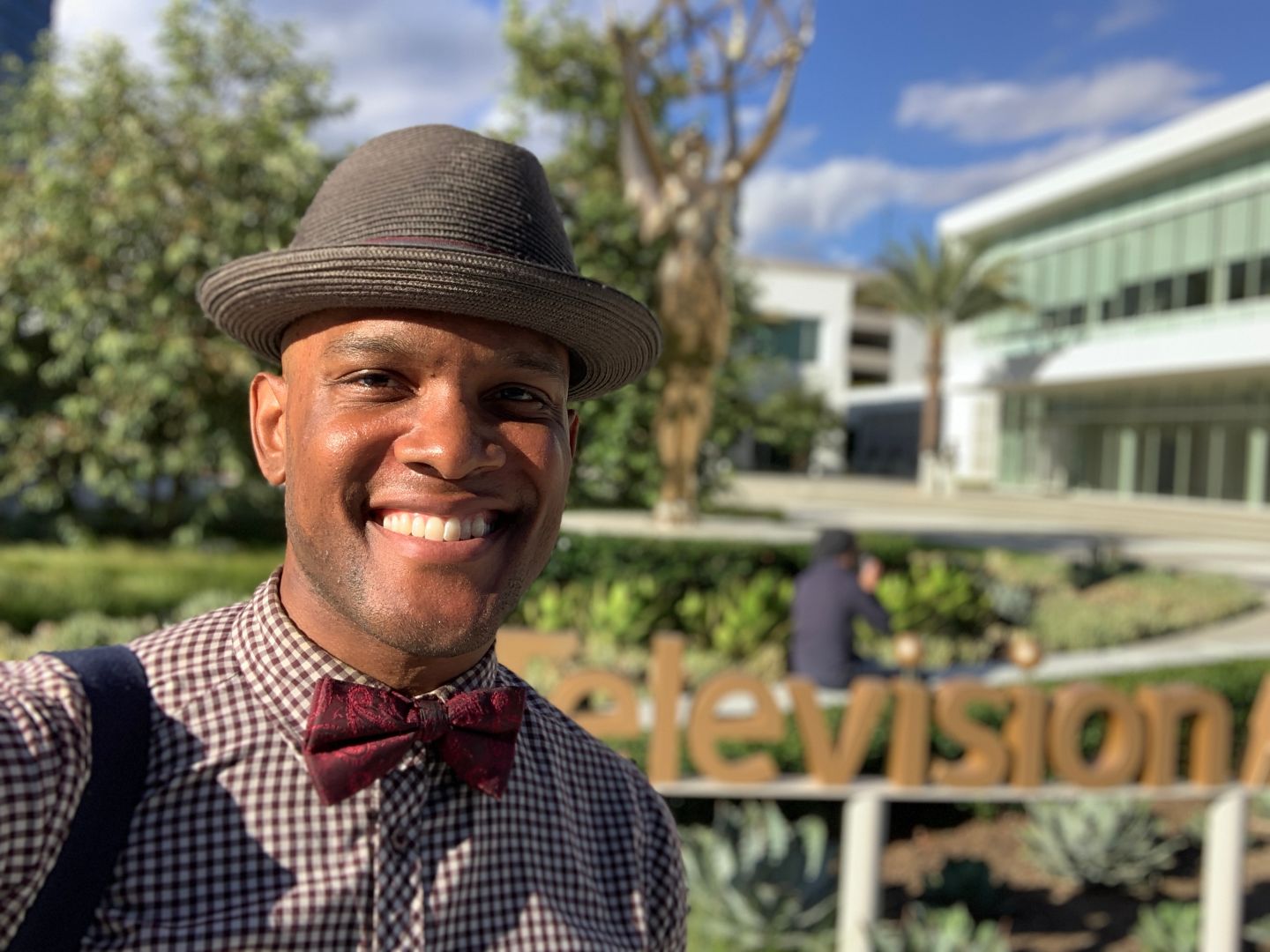 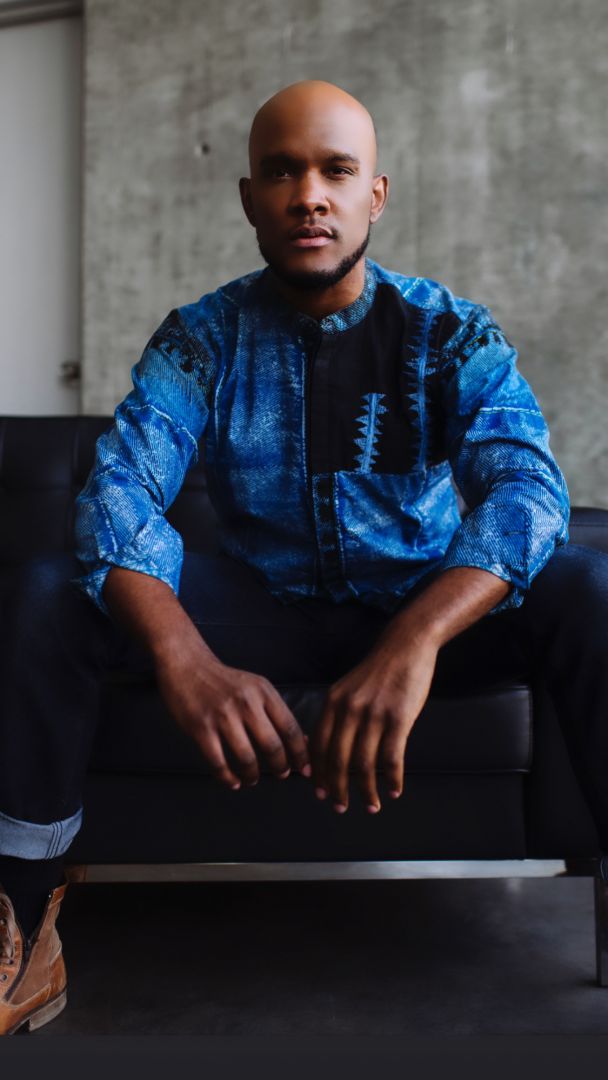 The Shoutout series is all about recognizing that our success and where we are in life is at least somewhat thanks to the efforts, support, mentorship, love and encouragement of others. So is there someone that you want to dedicate your shoutout to?
I dedicate my shot out to someone who has been like a father to me when the world had seemed to count me out, Stanley Wayne Mathis, known to me as “Baba”. As a writer I wouldn’t be who I am without my professors at Loyola Marymount University School of Film and Television, Patty Meyer, Karol Anne Hoeffner, Michelle Gillie, and Mary Karyla. And of course, my cohort of colleagues at LMU that helped fine tune my craft for 3 years. 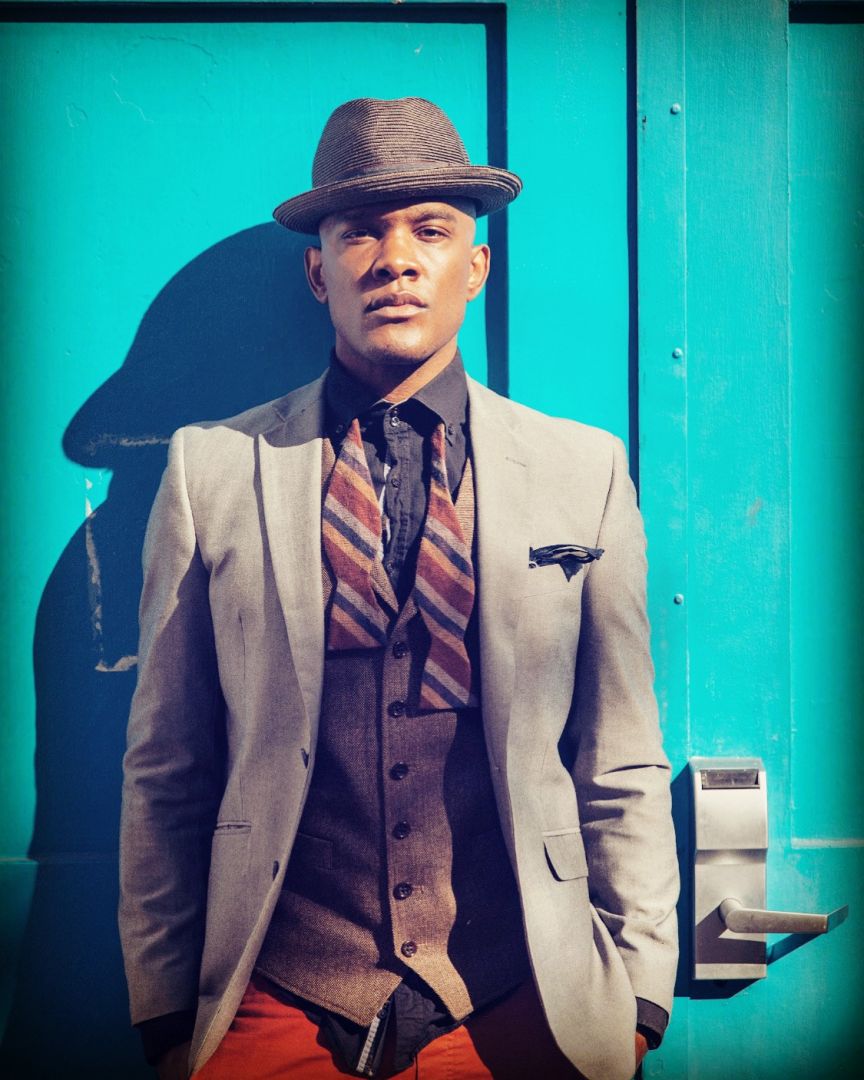 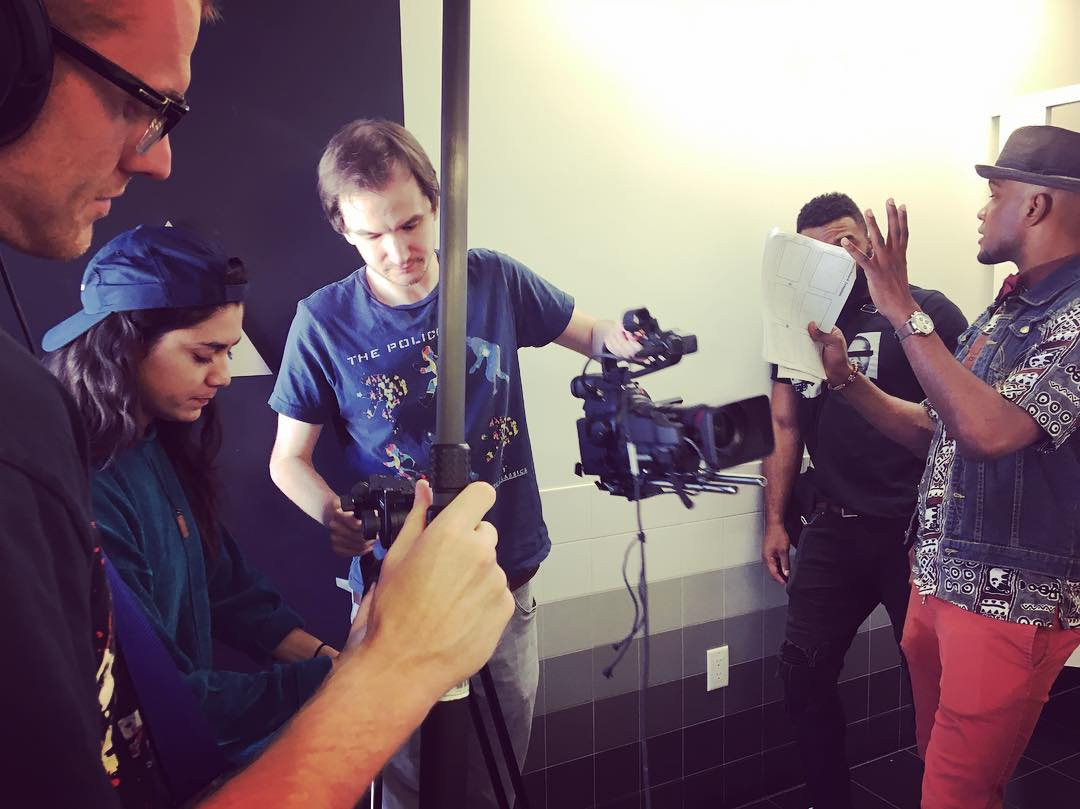