We had the good fortune of connecting with Jessie Holder Tourtellotte and we’ve shared our conversation below.

Hi Jessie, how do you think about risk?
I think that risk taking is the single most important reality you have to accept when making life decision in general, and certainly in business, particularly as a startup entrepreneur, artist, or freelancer of any kind. There’s a tenacity of belief required in order to take certain risks, and a deep understanding of a couple of things. First, it’s actually impossible to avoid all risks because even by avoiding risk, you’re taking a risk. Second, that if you don’t take certain risks, that’s fine, but you are absolutely taking certain rewards off the table. So many people will tell you that entrepreneurship or artistry or anything like this is a “gamble”, and to an extent, that’s true. The exact outcome, measurable results is only partially predictable. But the thing is, you can absolutely stack the deck in your favor. Be relentlessly prepared, understand the value of full commitment, and understand how essential belief is. If you half commit, you’re guaranteeing failure and by trying to “protect” yourself in so doing, guaranteeing your own loss. If you’re unprepared, you’re making it impossible for good luck to be utilized when it comes your way. And if you waver in your belief, there are a million little voices and other people waiting to take you down in an instant. I vividly remember a really lame educational video I was shown in early elementary school on “Opportunity Cost” that featured some performers who probably shouldn’t have been allowed to rap in public doing exactly that. Rapping. In public. It was very bad. BUT, the core concept stuck. Everything has a price. You can have ANYTHING, but you can’t have everything. You can have more things at once than you think if you’re willing to work harder for them. But think about achieving dreams, you don’t get to complain about not achieving your dreams if you look back at the track record on the way there and over and over when given the choice to put in the work and do the brave thing, you didn’t. Understanding opportunity cost sounds like it cautions against risk, but I think of it as clarifying the reality that life is a series of choices. Another example would be being the member of the family that moved away from home to do the big scary thing. It gets treated like that person is the only one who made choices that have costs, but the ones who chose to stay in their hometown are making a choice too, and it has costs. Risk in the past couple of years has been a byword. Starting a production company, investing in a writing partnership, raising money for an independent feature film, committing publicly to this huge big thing. Risk in the nature of the content being made and the stories being told, dealing with subjects that do full ballets on and in taboos instead of avoiding them, writing and producing work that asks questions about sexuality and marriage and love and friendship and violence and grief. Committing to that startup through a global pandemic while voices all around said to slow down, rest, not push ahead, not believe, give up, do something more practical. Losing a business and creative partner during that season and taking the risk of refusing to fold and committing even more deeply to making this thing go, to making movies and writing daring stories and running a business I’d planned to fund and support and work at equally with another person but all on my back and under that pressure. Getting pregnant during a pandemic and committing to raising a child while doing the big brave artistic things at work and setting that example! People love to talk about bravery and courage, and risk definitely factors into that. But where people fall down is when doing that brave thing actually requires them to BE brave- to stare in to the flame and see specifically WHAT they are risking- what they stand to lose. Courage is born not when fear and risk go away, courage is born specifically in the facing of that fear and daring to take that risk. Courage is a fundamental commitment to authenticity and honesty and to doing *the thing* in the face of whatever you have on the line and whatever anyone else thinks. To be clear, that goes for people who might have to find their courage to do the opposite of what it take courage for me or you to do! But I think that no matter what *the thing* is that you’re trying to do in life, understanding that risk is real and that it’s impossible to avoid, but can be harnessed to create really powerful and important things in your life is the key to actually doing them. 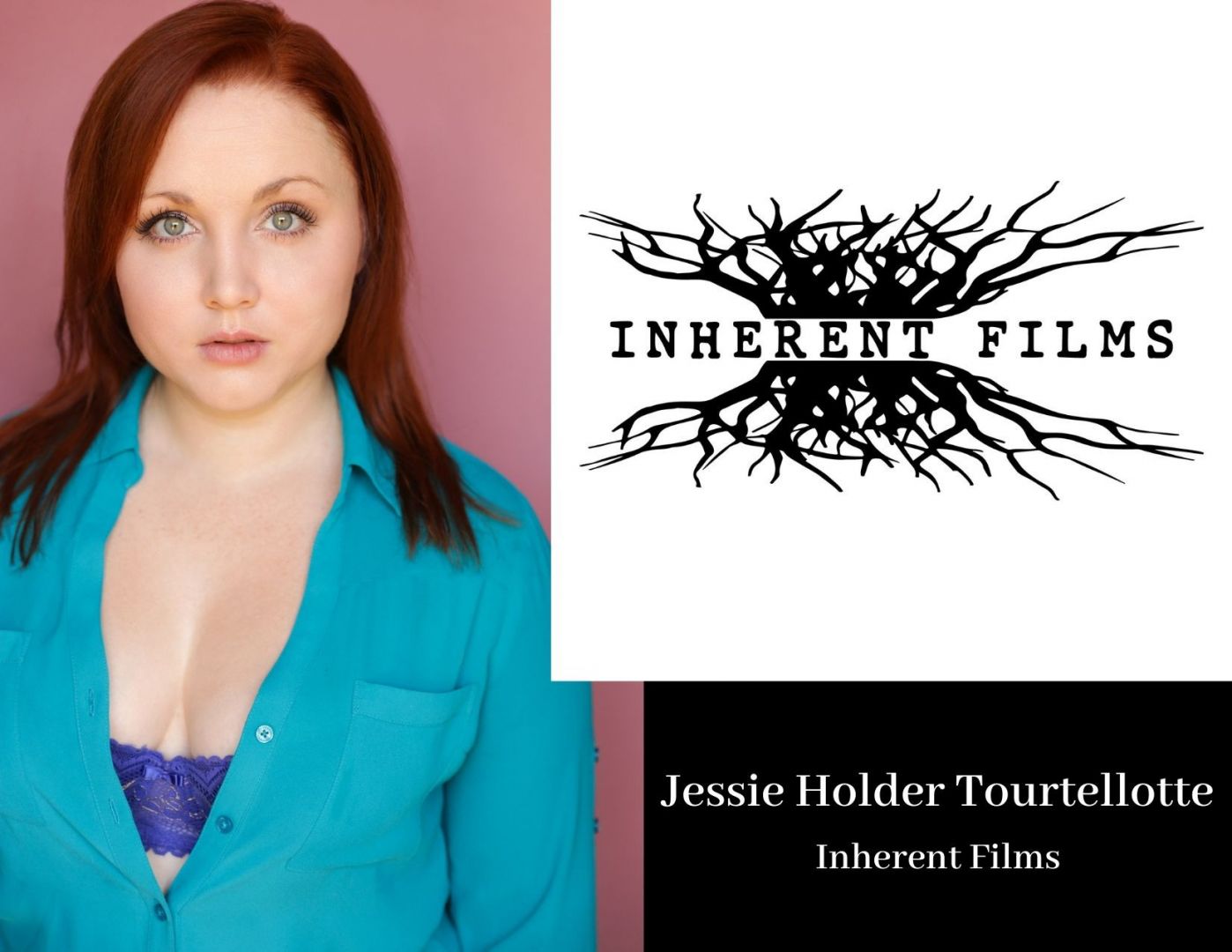 Any places to eat or things to do that you can share with our readers? If they have a friend visiting town, what are some spots they could take them to?
There are too many! Some of my favorite things though, when there’s a world again (people- wear a mask, get the vaccine when you can, I want the world back!!): Go see an independent and surprising show. I work with the amazing Michael Hoag and James Ferrero to produce unrehearsed Shakespeare with The Riot of the Tipsy Bacchanals, a collective that does wildly irreverent Shakespeare in a bar. Catch a show, have a drink, find four other surprising shows to go see! The summer season of the LA Phil at the Hollywood Bowl is not to be missed. There is magic in that place and that music. Go to the end of the Santa Monica pier, but do it at the crack of dawn when it’s quiet. I’ve never not had an inspirational moment down there when I’ve done that. Eat an insanely indulgent and delicious meal with glorious ambience somewhere like Firefly or Castaway. I live in the Valley so I can’t not recommend popping up at some of the local haunts for a bite or a drink at some of the spots with a great staff and where you feel like people know each other in the middle of the bustle- Idle Hour, The Local Peasant, coffee at Republic of Pie, wine and insane truffle tots at The Augustine. Do something touristy that you’re afraid to admit you want to do. Take a studio tour and reconnect with movie magic. Go put your feet in a concrete impression outside the Chinese Theatre. Find great bars- they’re everywhere. Check out Sassafrass or the Know Where Bar or pop down to Clifton’s downtown (0n a weeknight). Go to a screening. Hike somewhere gorgeous. Drive around and get a sense of how massive this interconnected beast is.

Shoutout is all about shouting out others who you feel deserve additional recognition and exposure. Who would you like to shoutout?
Oh, goodness. That’s a difficult one to answer. There are so many things that deserve credit and recognition in all of our stories, and certainly in mine. I’ll start with the company itself, Inherent Films, that I run because it has a life of its own as an entity and everyone who has been involved with its growth thus far is a huge part of that. I started Inherent Films with one of my very best friends in the world, Dan Gallun, and without that relationship and partnership this company and my artistry wouldn’t be headed where it’s headed. While I lost a partner this year during the pandemic, I’ll never lose my immense gratitude to him for being a huge part of how all this started and shaping the company I now run. The company has had dozens of artists join us for readings of scripts while in development, donating their time, collaborators who have worked so hard on our projects that have made all the difference, and has brought us together with other companies and organizations doing the same thing I’m trying to do with this one- make work we’re proud of that addresses some of the intense questions facing our world and do so on the backs of and with support for independent artists, so often overlooked. Without Neil Gaiman’s “Make Good Art” speech, the simple instruction to make good art no matter what and move toward the mountain wouldn’t have become such an important part of everything I’m doing as an independent artist. Glennon Doyle’s immaculate book Untamed, Steven Pressfield’s War of Art, Brene Brown’s Daring Greatly, every single line of Tolkein’s The Lord of the Rings, studying Shakespeare, and more. No artist gets their clarity and no leader their center without the written or spoken words of those smarter than us that go before. I have to give some real credit to the artists in the trenches with me sharing feedback back and forth and yelling loudly for one another’s projects and for the fearlessness it takes to do this in the middle of uncertain times. There are many, but at the moment Tyee Tilghman of T2the2nd, Nicole Starrett at Jubilee Productions, Andrew Nowak at Tame Little Fox, Adam Stokes, and Liz Lanier get the gold stars for always reading the next thing, always showing up with an idea or feedback, screaming loud, taking the needy artist text message or call, and always pushing ahead. I’m also participating with some other filmmakers in the From Script to Pre Production (FS2P) Lab with Elizabeth Page and owe the women in that lab a great debt already as comrades in arms. Tribes matter and the one I’m building gets a lot of credit for where this company is going. And, I know this is getting long, but I’ve gotta yell that if you’re out here trying to do anything brave with your life you need to have a partner who is on board fully and supportive and fierce for you (and you deserve no less) or get your partner to see they need to shape UP and get there, or be single as hell with no partner. I’m married to this guy named John Tourtellotte who is the loudest cheerleader of them all and believes ferociously in my business and what I’m doing and it makes a ton of difference. Your partner becomes the loudest voice in your ear, the loudest voice in your life and if that voice doesn’t get on board with your bravery it’s the hardest drain on the tail of your trajectory to get past. I’m lucky in John, but if you’re an artist or entrepreneur who doesn’t have this down yet or doesn’t know how to get there, it’s not all or nothing and impossible- you can get there with some work and clarity and bravery in your relationship if you’re with a good person for you who has your best interests at heart. So big credit to John, too.