We had the good fortune of connecting with Jim Ojala and we’ve shared our conversation below.

Hi Jim, what was your thought process behind starting your own business?
I worked for many years for other companies in the special makeup/creature effects field for the entertainment industry. Many companies in this field will pigeonhole an artist; you’re a painter, you’re a moldmaker, you’re a designer, etc. I trained in working in many different areas of this field and so felt very underutilized and uninspired not being able to flex those muscles. Starting my own business allowed me to do as much of the artwork as I liked and to allow other artists to flourish in several areas. Working a 9-5 for many of these companies allowed me to survive but never thrive financially no matter how hard I worked. The simple fact is that usually the one that makes the deals is the one that makes the money. I worked in the studio and on set and in many cases dealt with the clients directly yet I still wasn’t getting ahead financially. This was also a key factor in going out on my own. The concept of being able to thank or blame yourself solely for your success or failure has a great allure to me. 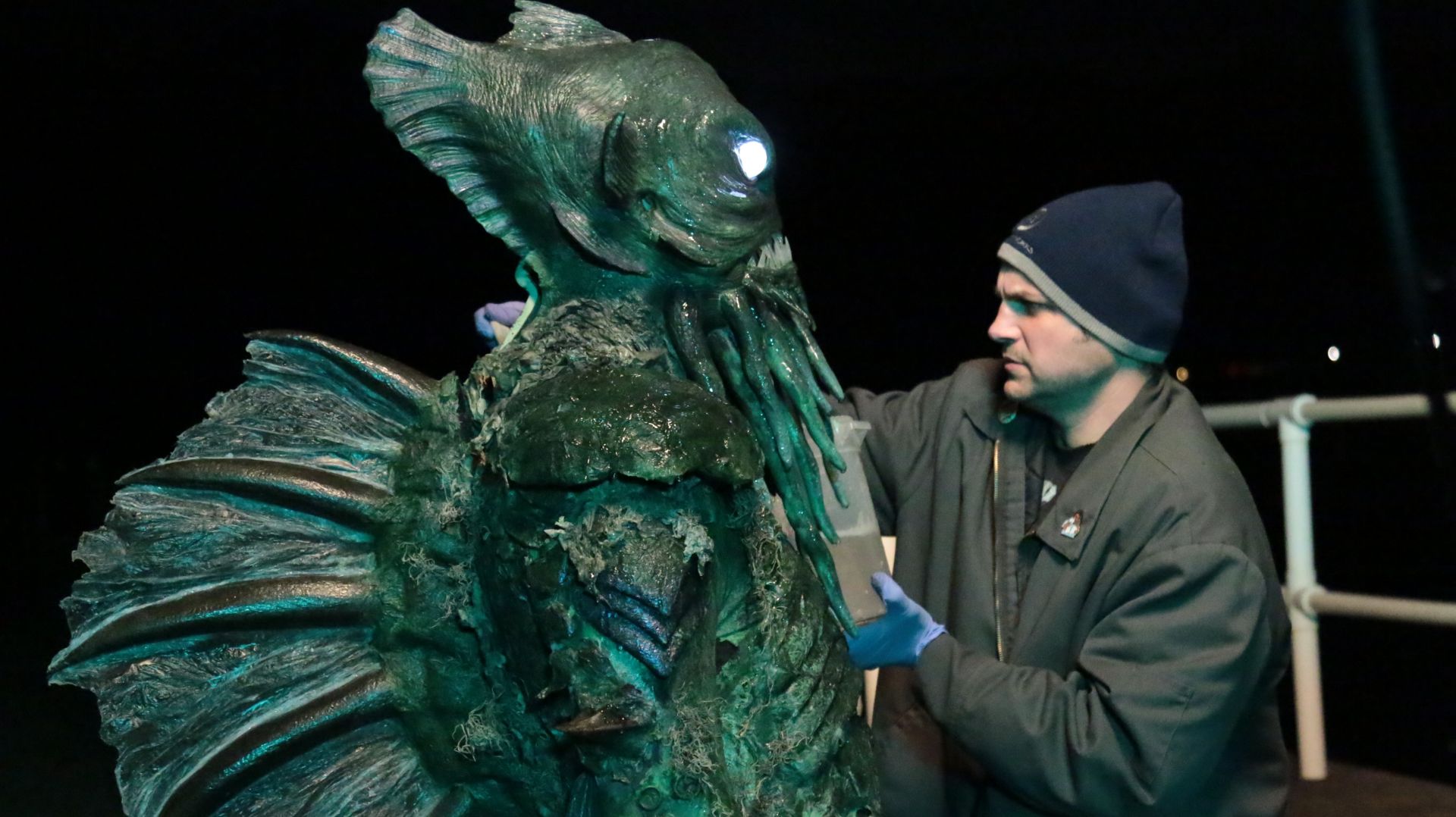 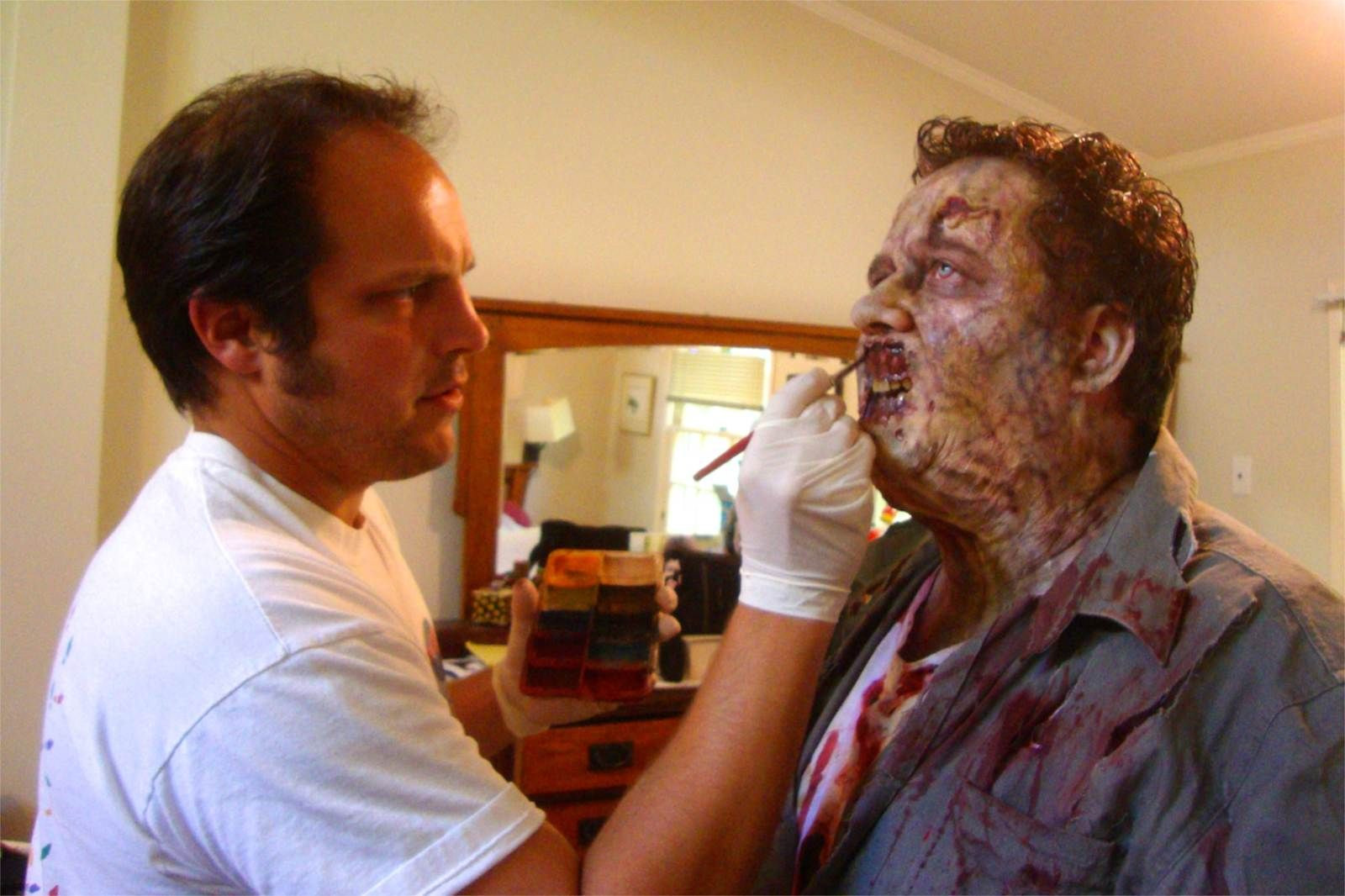 Let’s talk shop? Tell us more about your career, what can you share with our community?
First off, it’s recognizing an opportunity and making sure you can take advantage of it if and when it comes. In my case, I was working constant jobs in Minnesota. I was a medical file clerk at a hospital by day and a maintenance man by night as well as doing odd jobs on weekends. This allowed me to build up a little bit of a savings. When the production company, Troma provided me an opportunity to head to NYC to intern on their next film, I cashed out all my savings and moved. If I hadn’t of set myself ahead of time I may not of been able to make that leap and that leap gave me a career. I definitely had other talented friends that would have wanted to go but weren’t in a position to. Getting to New York City without knowing anyone was tricky. I arrived ready for anything. I rented a guy’s dining room floor to sleep on in Brooklyn. He ended up being a total dick and I had a tiny window that looked at a brick wall. It was depressing and I wasn’t making friends too quickly but the adventure of working on this film and where it may lead kept me going. Eventually, my mentor, Tim let me move into his special makeup effects warehouse. Living in a dirty warehouse in my early 20’s and falling asleep on the roof in a hammock, waking up to the New York skyline… I didn’t think life could get any better. I hadn’t made it but I was a kid from Duluth, MN somehow surviving in NYC without knowing what I was really doing. I can’t tell you how thankful I am for those opportunities. The struggles don’t overpower the dream as long as where you’re headed is important enough to you. I mean, it took me about 15 years to get my first feature, STRANGE NATURE, made and out into the world. I didn’t want it to take that long but it was worth it. Made with the help of so many dedicated and talented people, that film is what I am most proud of.

If you had a friend visiting you, what are some of the local spots you’d want to take them around to?
Venice Beach is always a fun spot to show out of towners. It’s a colorful freak show that most people from other areas of the country haven’t encountered. If we’re lucky enough to have any of the Cinespia movie screenings happening either at the Hollywood Forever Cemetery or at any of the old movie palaces downtown, those are a must! Point Dume beach in Malibu is also a fantastic beach that’s a little more secluded plus it has the cliffs from Planet of the Apes! Often seeing dolphins breach here is a bonus. Getting drinks at Rainbow Room on Sunset is essential people watching. Fun layout, cheap drinks, rock ‘n’ roll history, hair metal dudes that think it’s 1985, gangsters, bikers; this place has it all. While we’re in the Hollywood area, we’d grab an Oki Dog at this old school punk rock hangout. A burrito with hot dogs, pastrami, chili and cheese all stuffed inside. What more could you want?! 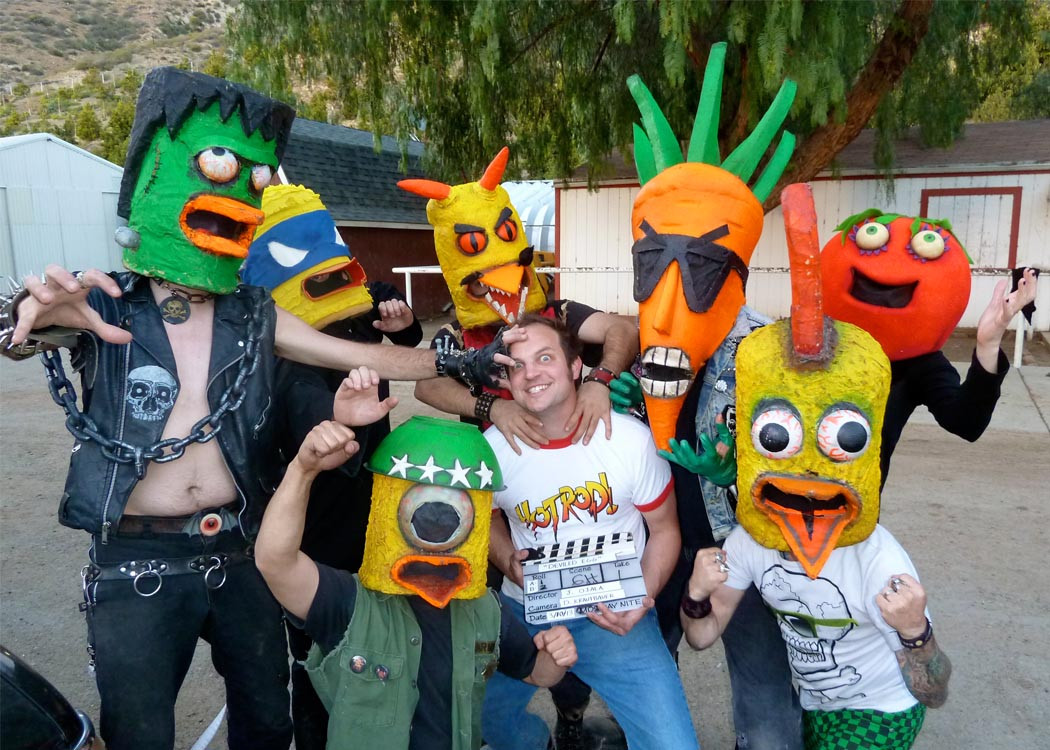 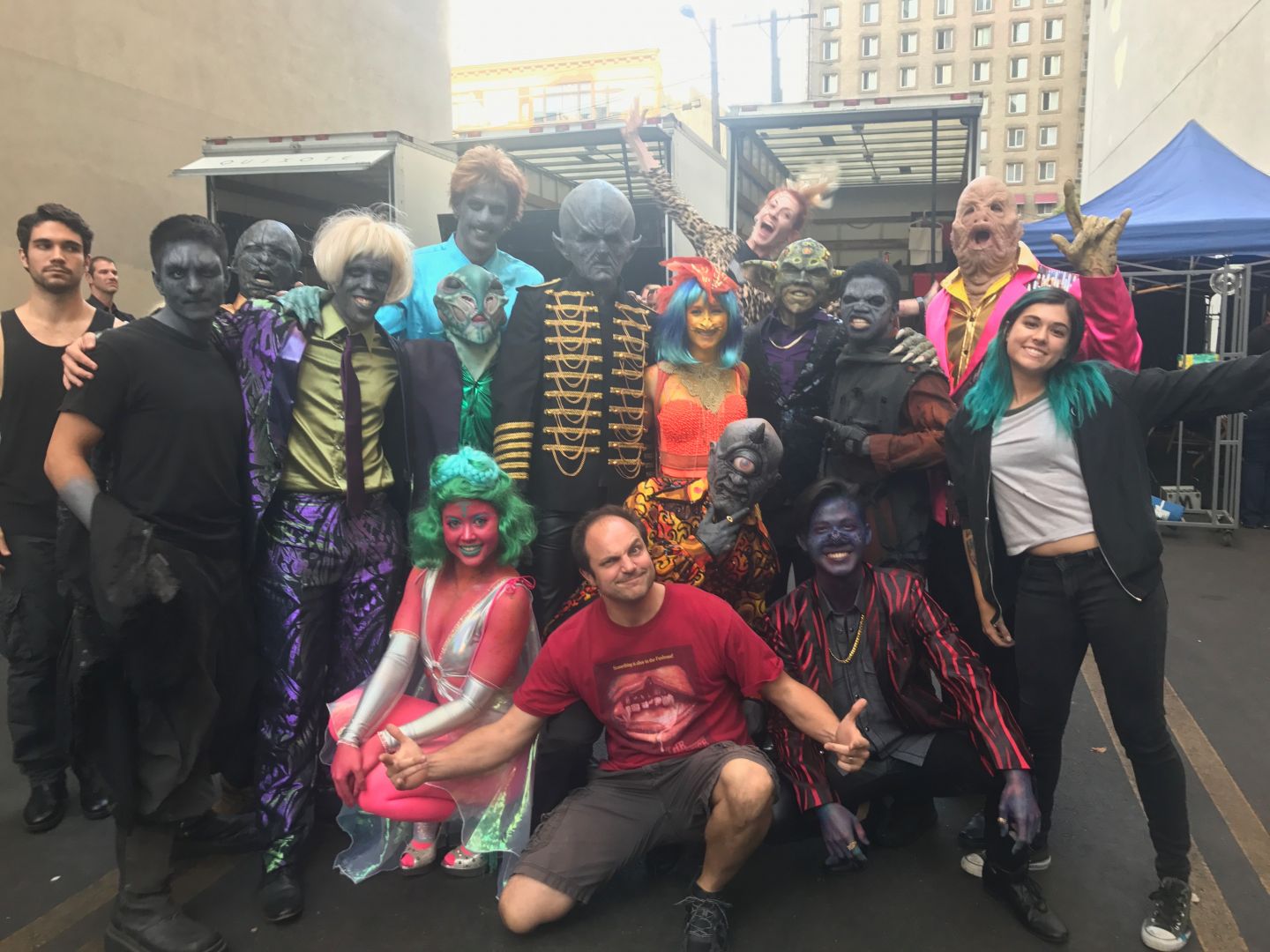 Shoutout is all about shouting out others who you feel deserve additional recognition and exposure. Who would you like to shoutout?
When I first arrived in New York City to begin this journey as an intern on a low budget independent film, I had the opportunity to leave the production office and work at the special makeup/creature effects studio that was working on the film. At the front door of Direct Effects in Brooklyn, owner/operator, Tim Considine took me under his wing, taught me the ropes and became my mentor. By the the time the film was over Tim had offered me a full time assisting position. Eventually Tim and I migrated to Los Angeles where we continued to help each other. As special makeup effects were never a real consideration for me career-wise, without Tim’s influence, kindness and guidance I would have never gone down this path that has defined so much of my life.