We had the good fortune of connecting with Jin Chohan and we’ve shared our conversation below.

Hi Jin, what was your thought process behind starting your own business?
I wanted to create a company that makes people think, to change the cogs and gears in people’s minds to make them feel and think differently after watching what I discovered and uncovered, to tell a story that gives people the truth. I think the search for truth is the most important aspect to myself – whether it be journalistic to religion and science, every aspect of my life is to discover the truth. My company is called Takeflight Film Ltd, it’s a British documentary film company based in Birmingham, England. And this is the reason I started my business.

I’ve always been artistically minded from art at school, of which one of my first memories was my drawing going up on the wall at school to a teacher having a private word with me, and telling me to ‘never give up on art’, because she thought I was talented. I became a dancer at the age of 15 and pursued it thereafter. Later on, I started creating videos of my choreographies, as visually I saw images in my mind to shoot which stemmed from the same creative seed I saw when creating dance. From there I naturally transitioned to cinematography and directing. Studying directing and cinematography at UCLA, I started my business soon after.

I am currently making a documentary about the Media in relation to the Michael Jackson story. The business I started I am passionate about processing the truth in the most unbiased way possible and telling a story of topics which are sensitive topics that matter to us all. I find it almost a fundamental need for humans to know the truth of every subject, and with economics and money clouding the function of the social mind. This story in relation to the media’s job and the Michael Jackson story in particular stood out to me to tell, from the media working on ratings and who’s first, this doesn’t correlate to why the media is there for us. The intention is obstructed to what the job originally entails. This is the core of why I started Takeflight Film Ltd, to discover, cover, and investigate stories that are hard for people to tackle, stories that have a deeper story to tell the public.

I wanted to fundamentally create a platform that produces high-end material of merit which I am solely in control of. I wanted the freedom to explore and create to my own vision without any influence. To be free to create what’s true to myself. 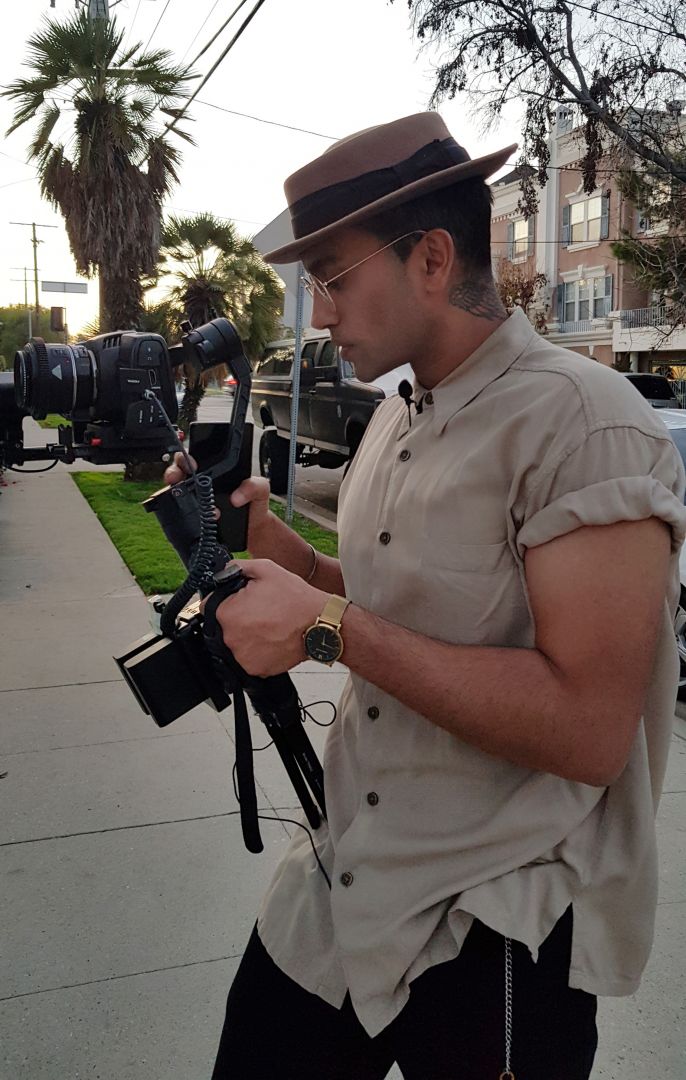 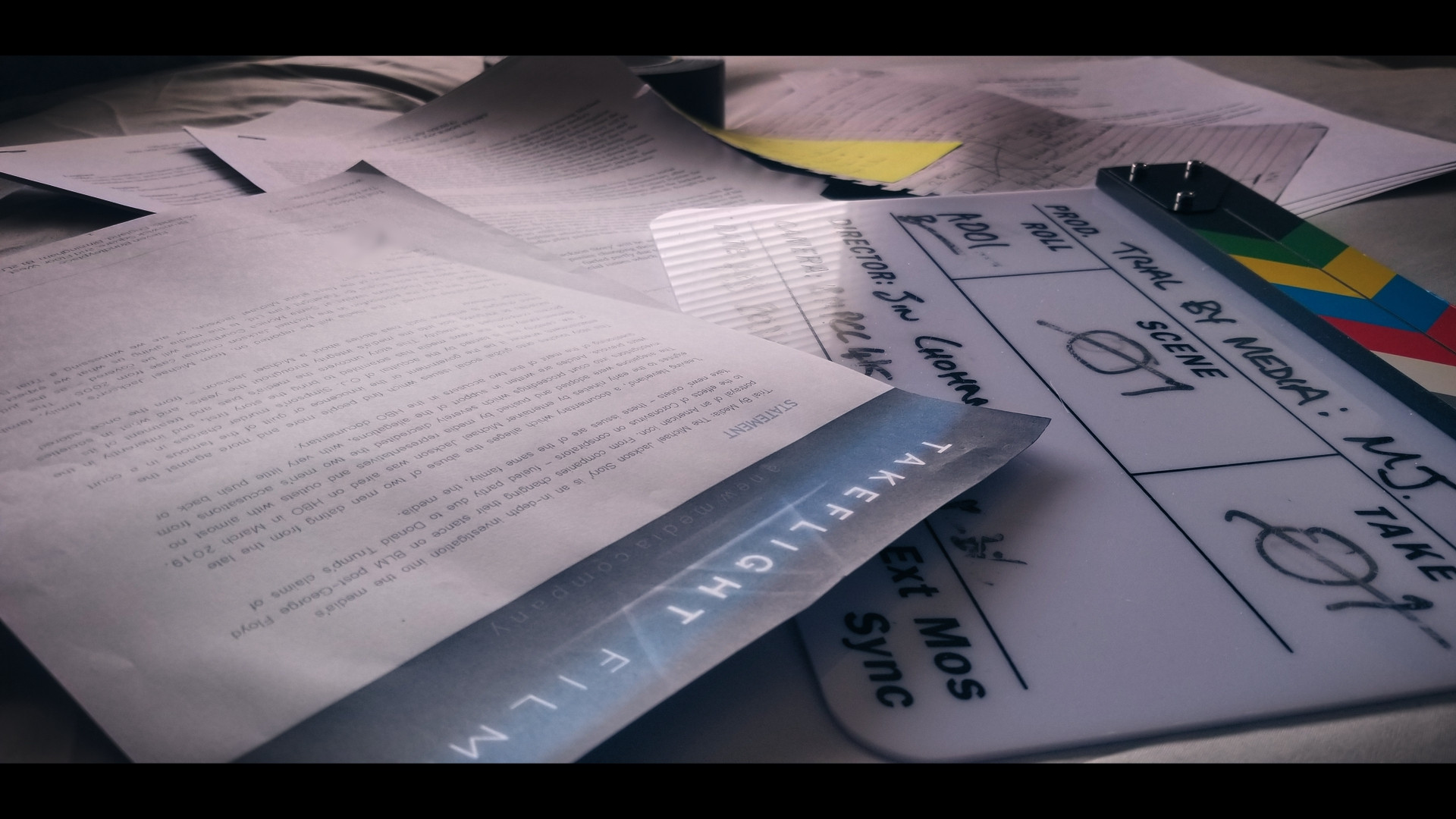 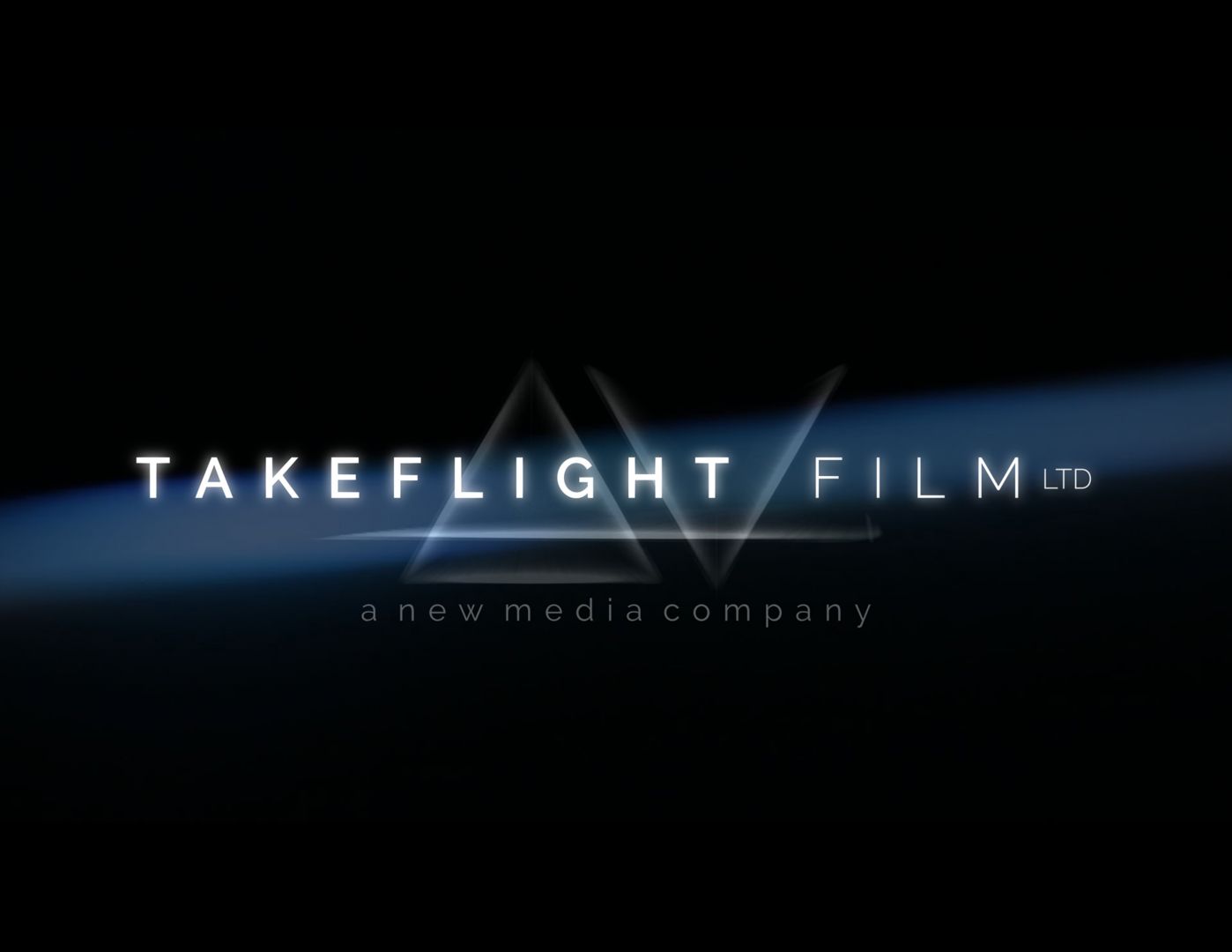 Alright, so let’s move onto what keeps you busy professionally?
I think I’d have to be honest and say no one helped me become an artist really. I’m born and raised in England to parents who came from Punjab, India. My mother moved to the UK in the ’60s because her father was in the British army in world war two. My parents wanted me to be educated just like every other British Punjabi parents. Me being a dancer, this didn’t go so smoothly.

My parents made me study Forensic Science at university in my early 20s, and I remember quitting university – ironically I knew I would never use the qualification, which I never did. Straight after I moved back home I started practicing dance every day for hours while getting myself a job to support myself while it took time to catch up on the danceability I needed to be at to start auditioning – which was 4 years later. It was quite difficult in the beginning because I was never supported with this endeavor, I found strength in knowing I am doing right by myself and I used the pain of friends, family, and girlfriend – at the time – as fuel to work harder. I started booking jobs and working eventually.

I remember the time I was at university trying to get the degree for my parents, I found the theater studio of the university and figured out the key code to get into the studio. I figured out the times the studio would be free and I would sneak in and practice dance almost every day, quietly. Leaving in just enough time so the main entrance wasn’t locked, I made it out just about on time every time.

I also remember when I was practicing dance after I had quit university, one of the gyms would have a studio that no one was allowed to use alone. So I used to sneak in and practice 6-7 days a week for hours at a time in the dark – for me training in the dark I saw as training for the stage with low visibility. The year and a half I did this, did pay off onstage – eventually I moved to another gym that allowed lights and people to use the studios. So I’d like to think I was quite resilient throughout. It’s definitely made me stronger and more confidant and compassionate to others.

Since I started being more successful in dance and subsequently my film career I have to say my mother has come around to be extremely supportive, even though she understands nothing of what I do.

My whole thing is to be free, and my company Takeflight Film represents that. The company is based on an eagle taking flight and that’s how I think I see myself. I’d like to be known for quality and integrity within the art I produce.

If you had a friend visiting you, what are some of the local spots you’d want to take them around to?
I’d take them to Universal Studios for sure, eat out at an Italian restaurant in Sherman Oaks called Spumoni – very good restaurant. And being British I’d take them out drinking In Hollywood or West Hollywood to drink like proper Brits. I’d take them on a tour of LA, from UCLA to famous houses to the infamous O.J. Simpson murder locations – which I’ve read a hell of a lot about. 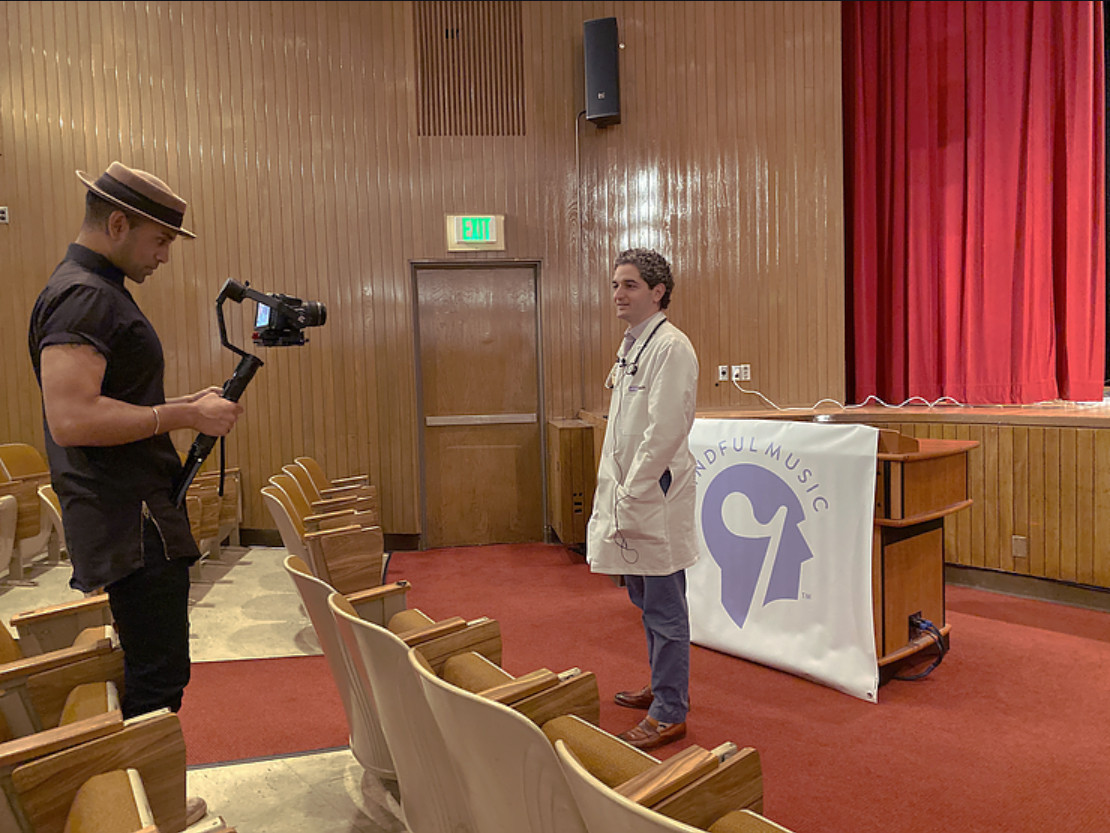 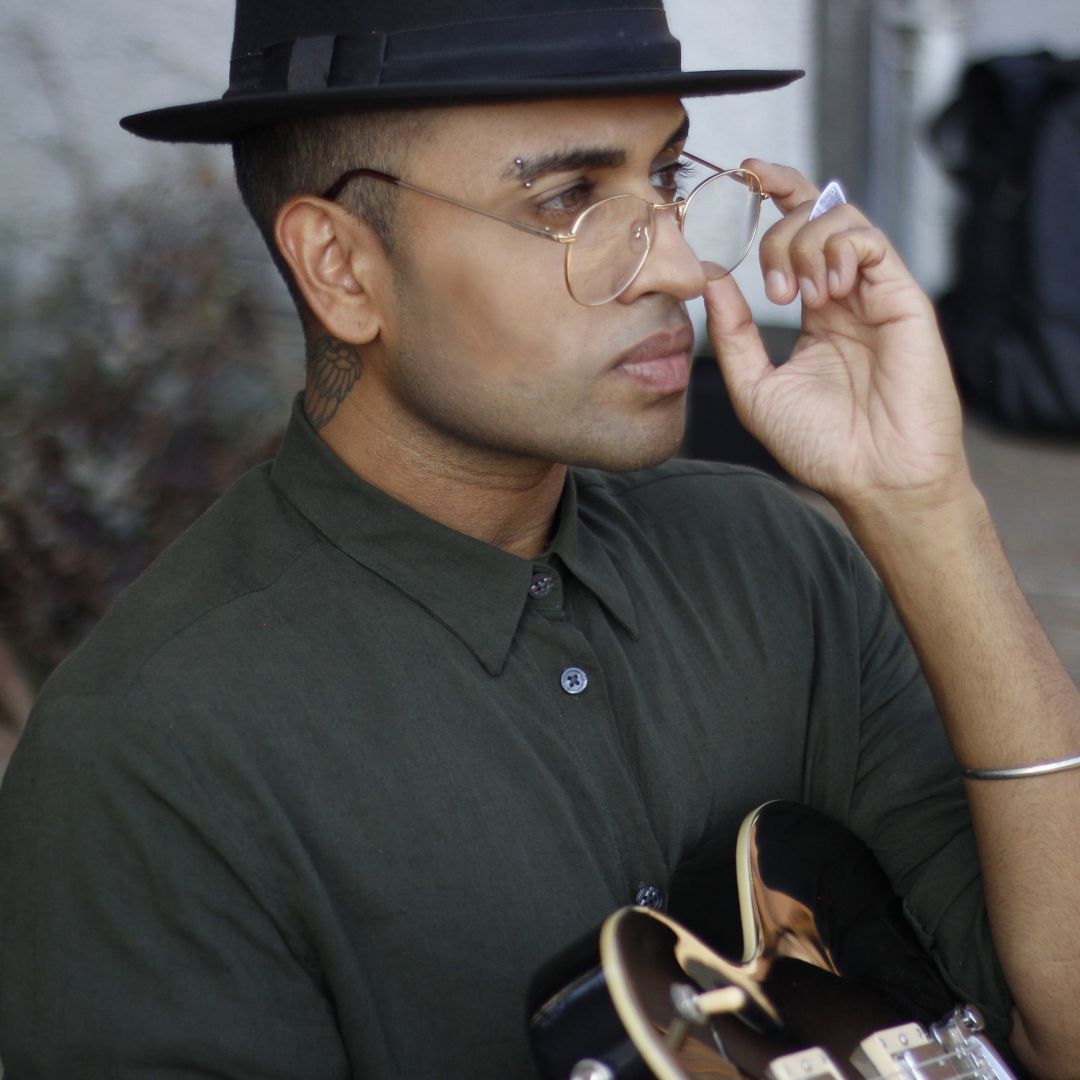 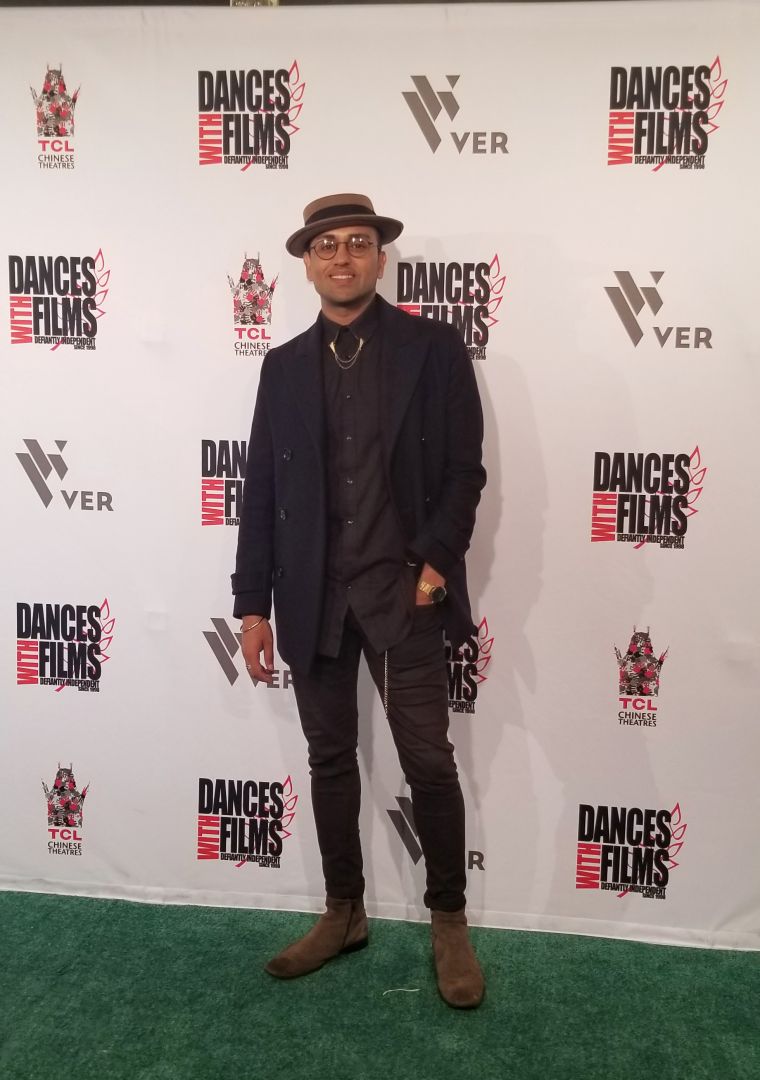 The Shoutout series is all about recognizing that our success and where we are in life is at least somewhat thanks to the efforts, support, mentorship, love and encouragement of others. So is there someone that you want to dedicate your shoutout to?
I think my upbringing has been very privileged in terms of the values my mother and father have instilled in me – especially knowing as an adult the things people have to experience as they grow up. I’d like to thank my mother and father for everything they’ve taught me and the values I have learned which I see now I am older.