We had the good fortune of connecting with Joe Henry and we’ve shared our conversation below.

Hi Joe, is your business focused on helping the community? If so, how?
Adam’s Attic, an internationally-touring, pop/rock band, released “We Are,” on Friday, January 22. It’s a new anthem that people can relate to worldwide, especially amid the chaos we’ve experienced, especially in 2020. The band is based in Orange County and originally hails from New Orleans.

With the civil unrest, organizations, companies, and people are longing for unification. As a unified front, the band believes that we can rise against the discord of politics and racism to take a bigger stand for complete unification as human beings. The musical group believes that we can remove the barriers of political agendas and belief systems about skin color, which cause more and more division. We can knock down the walls of division and stand as one. The true heart of the matter is inclusion – not erecting another wall. If we look hard enough, the cracks in anything are apparent. Due to the climate, individuals, organizations, and companies are forced to take a stand. This song allows the opportunity to create a unified stance. The band is talking about creating a safe platform, which is a safe bet.

Adam’s Attic says, “We stand for everyone, who wants to be unified. We are looking for individuals, organizations, and companies to work with who share the same sentiment.”

The words of the chorus are:
We are we are
The voice of a nation
We are we are
A new generation
We’ll rise from the ashes
Stand and be counted
You’ll know who we are
We are we are 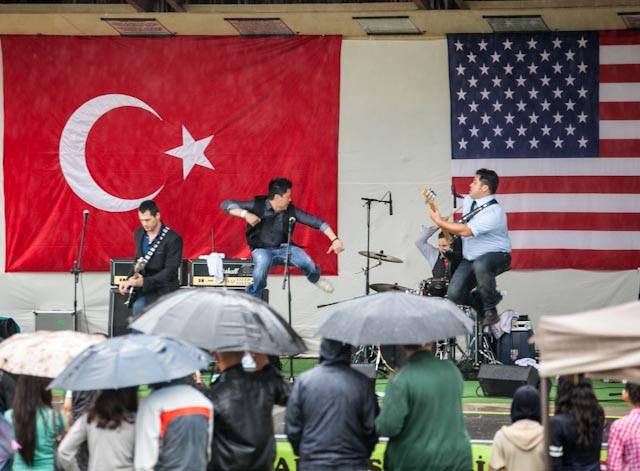 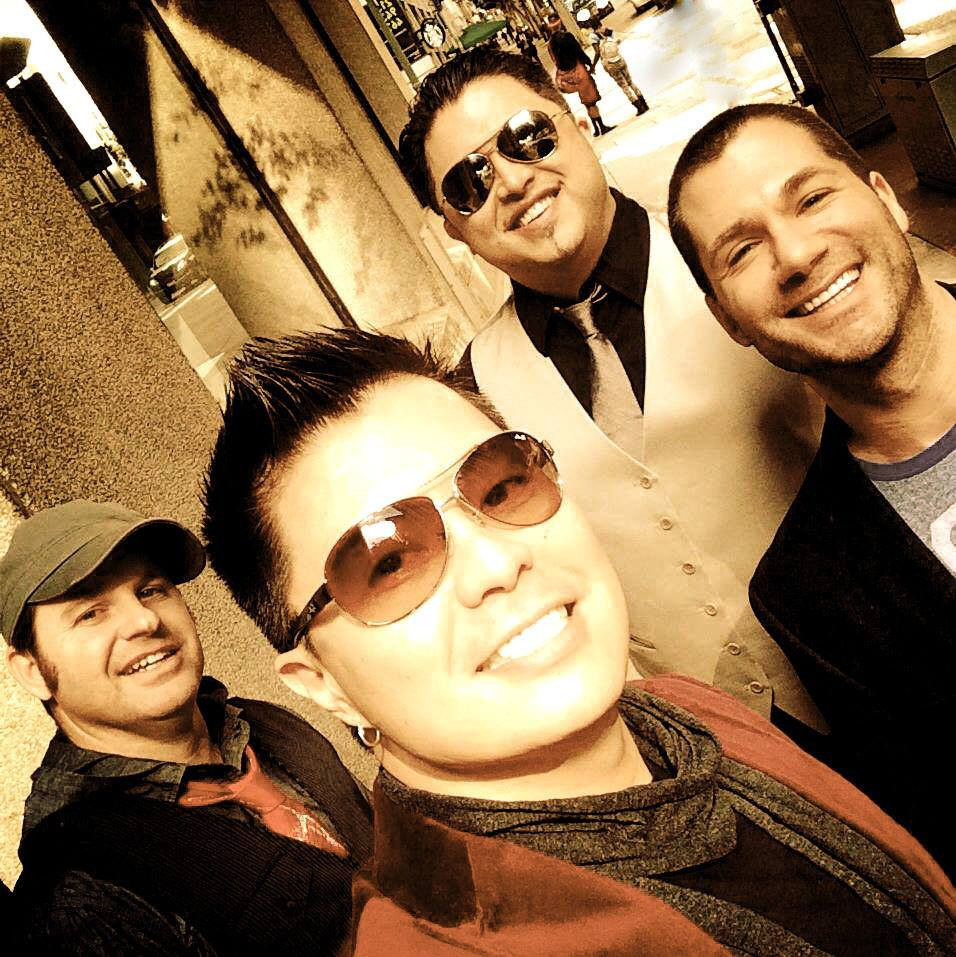 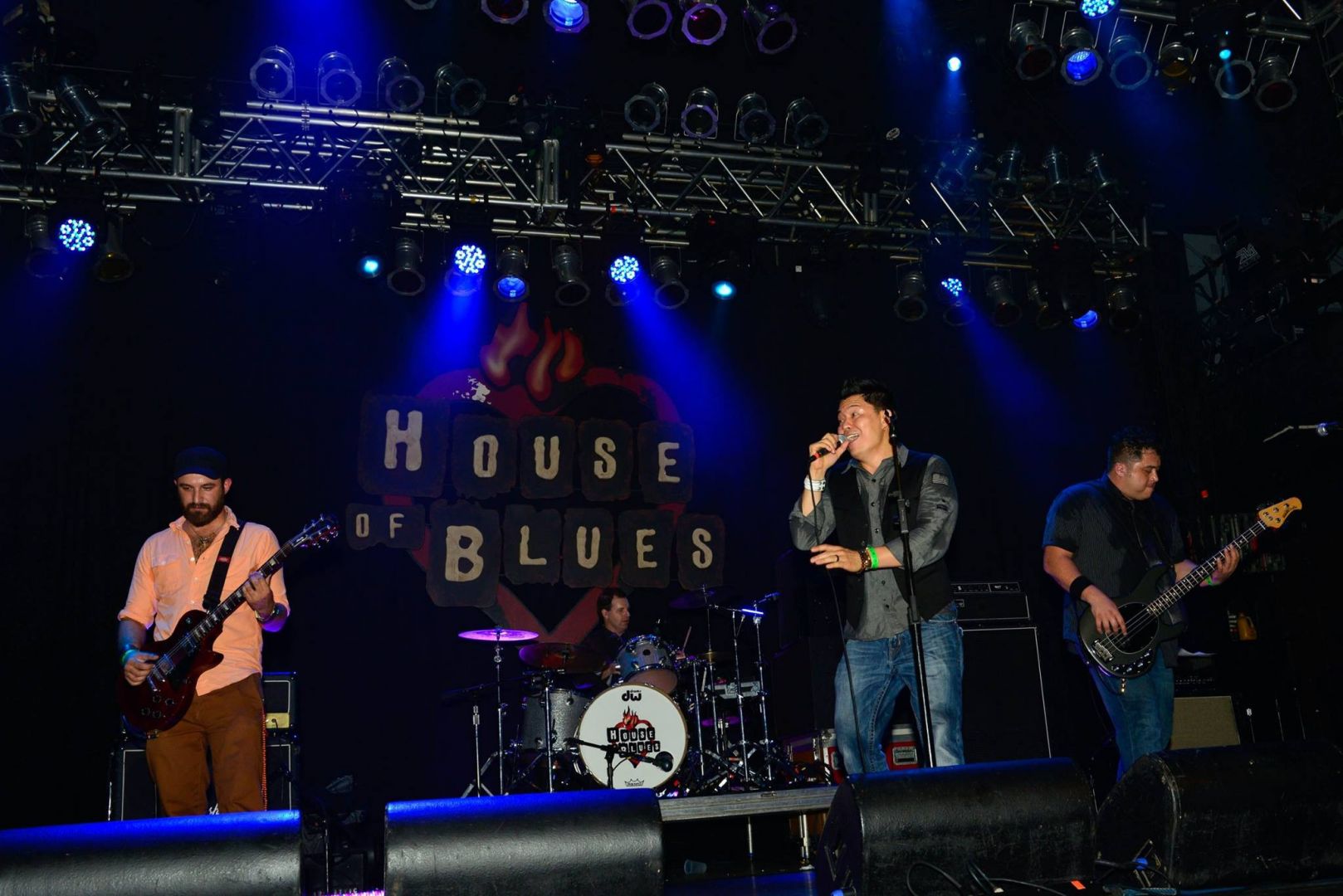 Can you open up a bit about your work and career? We’re big fans and we’d love for our community to learn more about your work.
In August 2005, one of the five deadliest hurricanes in U.S. history struck the north-central Gulf Coast region destroying much of their home in New Orleans. Through the devastation, Adam’s Attic was forced out of its comfort zone and responded by bonding together and stepping out on a limb. Joe Henry, Adam’s Attic front man, said, “Some of us lost everything we had, with the exception of our music gear and some personal items; all of the venues we played were closed or out of business. Only a week before Katrina, we were given the most amazing opportunity to open for Lifehouse at House of Blues New Orleans. We had to act.”

Leaving behind everything they had built in the hopes of recreating past successes, the musicians moved across the country and settled in California. Adam’s Attic had nothing but their gear and souls brimming with emotions.
Relying on each other, they rose to the challenge continually producing positive and inspirational music for fans. The music is written about the experiences of real life. Although we all have struggles, the hard times are merely a trial by fire; perseverance through adversity creates the opportunities for success.

Through hard work and personal sacrifice, the independent band knows the meaning of developing a solid marketing strategy and building a strong foundation. The group has seized one success after another by headlining numerous sold out shows at the House of Blues and Hard Rock Cafe, touring five (5) continents, playing for crowds exceeding 11,000, receiving sponsorships in excess of $200,000, and penning at least eighty original songs registered with BMI. With the accumulation of small successes that led to becoming darlings of New Orleans, Adam’s Attic is a rising star in the world market.

This band has proven that it has the elements necessary to make great music, draw large crowds, and entertain fans. Listeners will get an audible experience of what it is like to tour the globe through the lives of the band. 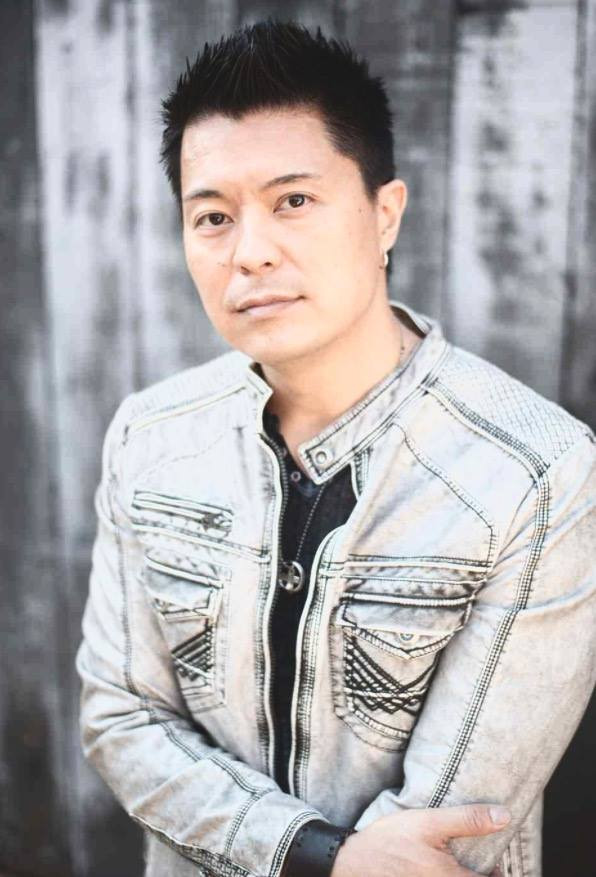 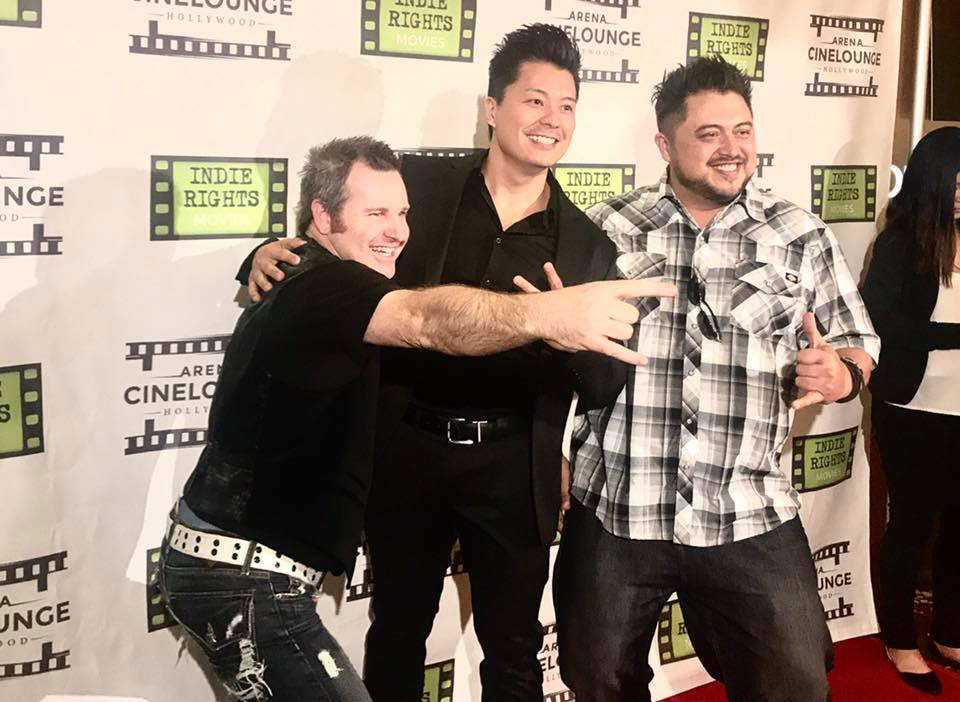 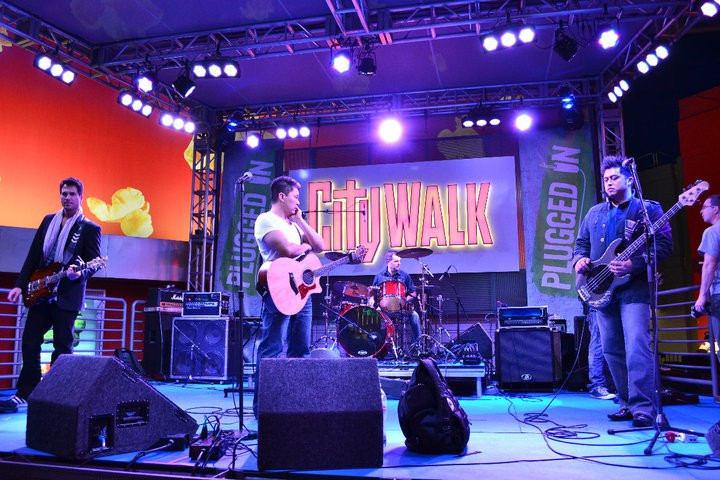 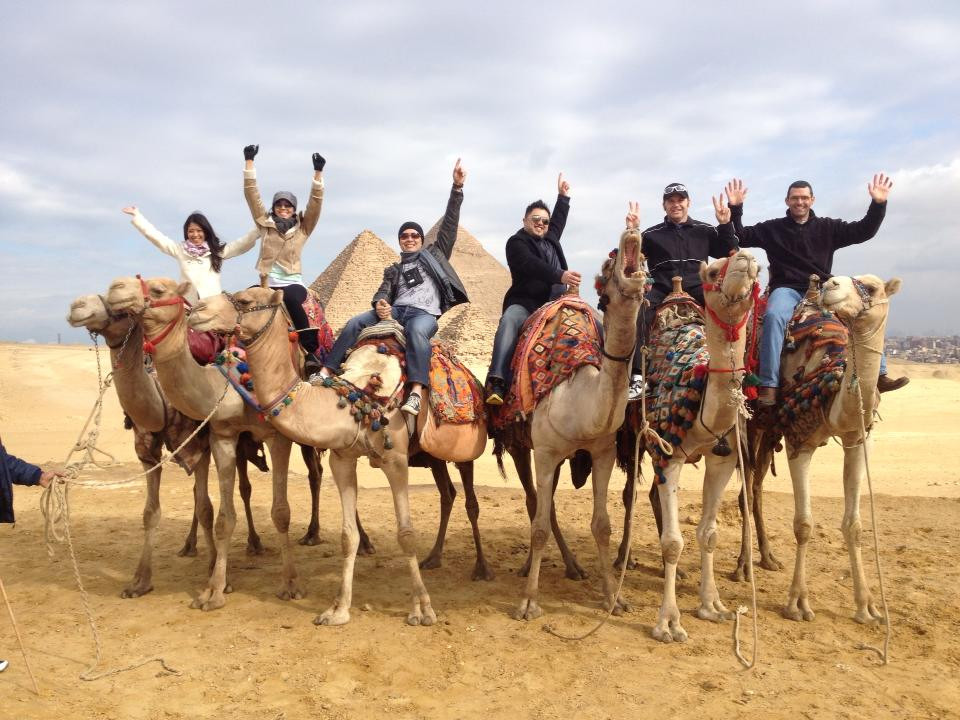 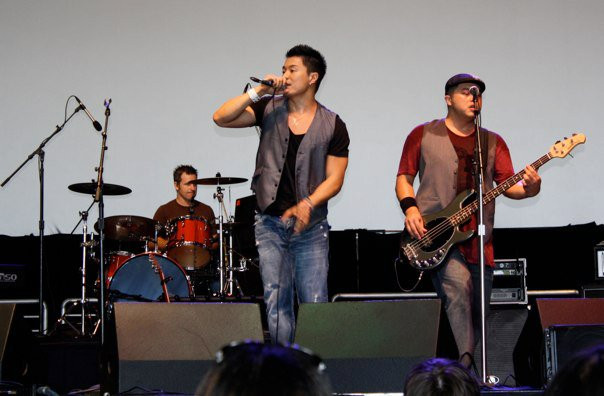 Let’s say your best friend was visiting the area and you wanted to show them the best time ever. Where would you take them? Give us a little itinerary – say it was a week long trip, where would you eat, drink, visit, hang out, etc.
The band and I would take them to see the obligatory sights. On day 1, we would start in Los Angeles by visiting the Griffith Observatory and Park then drive down Hollywood Blvd. and Sunset Blvd. We would stop for lunch at In-N-Out Burger on Sunset Blvd. Then, we would drive down to Pacific Coast Highway, so we could stop by the Santa Monica Pier and Beach and 3rd Street Promenade. We would drive through the beach cities, i.e., Venice Beach, Manhattan Beach, Hermosa Beach, and Redondo Beach. We would probably have dinner at Mastro’s Ocean Club in Newport Beach.

Day 2 would be all about Orange County. We would start early by having a breakfast at Rose’s Bakery Cafe in Corona Del Mar. Then, we would drive to Balboa Peninsula in Newport Beach to rent beach cruisers to ride 7.5 miles to Huntington Beach and ride back to Balboa Peninsula. After returning the beach cruisers, we would take a ferry to Balboa Island and walk the island. We would have a late lunch at Panini Kabob Grill in Corona Del Mar then drive down the coast to Laguna Beach. If we timed it right, we would stop at the Shake Shack to see the sunset.

On day 3, we would take a train from Irvine to San Diego Santa Fe Depot in San Diego. We have breakfast at Seaport Village. Then, we would head off on a ferry to Coronado Island, where we would hangout for the afternoon. We would take the ferry back, so we could visit the Gaslamp District. We would have dinner in Little Italy then take the train back to Irvine.

On days 4-7, we would leave them open to visit places like Disneyland and Downtown Disney, our vocal producer Thomas Barsoe at OC Hit Factory in Tustin, to hike on one of the many trails in Orange County, to paddleboard or kayak in the Back Bay, and to do whatever else our friend would want to do.

The Shoutout series is all about recognizing that our success and where we are in life is at least somewhat thanks to the efforts, support, mentorship, love and encouragement of others. So is there someone that you want to dedicate your shoutout to?
n/a

Meet Linda Wang: Photographer & Someone who is still figuring out the rest.